The saying 'diamonds are a girl's bestfriend' rarely rings true today. Too expensive to afford and too damn risky to wear out. Especially in Malaysia. On the other hand (pun!), pampering yourself to a mani-pedi is now the way to go. A fresh new colour on your nails and you immediately feel like a new lady.

For those living in Petaling Jaya, you now have the closer-to-home option of doing your nails at the newly opened POSH! Nail Spa outlet in SS2. Located in the less busy part of SS2, this second outlet of Posh! is tucked away in a housing neighbourhood where parking is not much of a problem. The launch party was held early this month, just in time for the festive seasons! 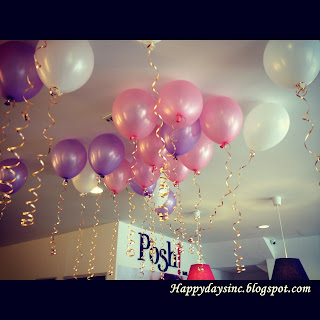 Decorated in purple and pink - the official colours of Posh!, the salon opened its doors to old and new customers and goodie bags were handled out upon registration. While waiting for the event to kick off, guests were treated to a complimentary express manicure service. And by express, it took 15 minutes to have your nails done probably because of their special quick-drying top coat and also because their manicurists were very efficient with their work.


The event was hosted by the beautiful and engaging Belinda Chee who invited the owner of Posh!, Sereen Eng and her sister to conduct the opening ceremony. And pop! goes the wine bottle.
﻿﻿﻿﻿﻿﻿﻿
The event continued on inside with wine tasting by Adventure & Leisure who generously sponsored the wines and champagnes. Food and drinks were served along with sweet pink and purple cupcakes. 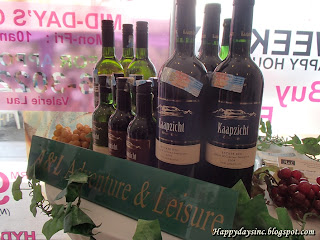 And once everyone was good and drunk mingling and chatting up a storm, Sereen gave her speech, thanking everyone for their support and especially her family whom were all present at the launch too. Her daughter, Yuri was so adorable! Imagine a blur of white suddenly running past you with three coloured balloons floating behind her because they were tied to her hairband and wrists. Too cute!

Lucky draw numbers were drawn by little Yuri who did her job with enthusiasm! There was also a quiz session with Belinda and all you had to do was answer the questions about Posh! Almost everyone went home with a prize that day.

I won a Bikini wax session in the lucky draw while my friend, Olivia won a quick-drying top coat polish for spelling out Posh!. But the grand lucky draw prize went to my other friend, Senri who went home with a box filled with a balloon, teddy bear and chocolates! You can read about her post on this event here!﻿
To end, here's a photo of little Yuri attending to her grandma's nails like a boss!
Address:
Posh! Nail Spa