As we all know, animal welfare is not on the list of our current government's priorities. Lining their pockets with the citizens' hard earned cash is.  It's quite sad really seeing the state of stray cats and dogs on our streets. Well, dogs more than felines, often suffer the blunt of animal abuse from by us, 'self-proclaimed-evolved' humans. Beaten, kicked, abandoned, poisoned, run over - the life of a stray dog (or sometimes, even people-owned dogs) is no fairy tale especially in Malaysia. 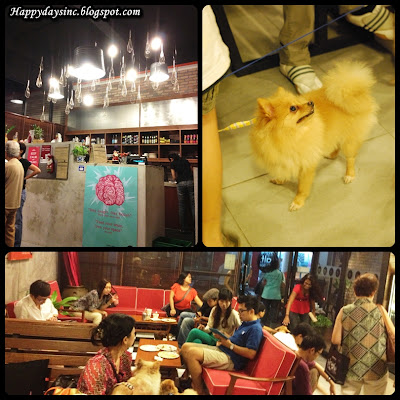 Which is why I salute the efforts of Malaysian Dogs Deserve Better (MDDB). I have been a huge supporter of their rescue work for a few years now. The beauty of MDDB came in the form of its ability to unite animal lovers in the Klang to take on rescue works and to remind the public that helping animals is not the job of one person but rather an entire community's.

2012 has been an eventful year for MDDB's coordinators and rescuers and to thank all those who have helped and contributed in some way, either by rescuing, donation or adopting a dog from them, MDDB recently threw its maiden Christmas partly at Alt.Space, Jaya One! The event saw humans and dogs alike coming together in the spirit of Christmas to mingle amongst ones another. 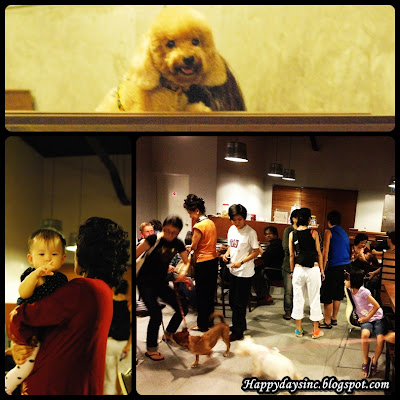 I brought my dog, Shelly which was adopted from PAWS. He never went anywhere without my other two dogs so I thought this event would be a good chance for him to mingle outside of his pack and to get used to other people. Although initially timid at the start of the evening, he eventually warmed up to his surroundings and started prancing around like the happy little bugger that he is.

The highlight of the event was the 2013 MDDB calendar of disabled pooches that was on sale as a way to honour their disabled dogs and pups. The gathering also served as a way to show that dogs born with a disability or is disabled due to serious injuries can also function like an ordinary dog if given the proper and dedicated treatment and most importantly, undivided love and attention. In fact, several of the calendar dogs have been adopted into loving homes which is a great encouragement to MDDB.
The calendar is shot and created by professional photographer Carolyn Chon and producer/director Ng Swee Ling and is priced at only RM20. Alongside the calender, MDDB T-shirts were also available for purchase at the party. I bought a calender for my mom and a shirt for myself.

By the way, dog pictures, not easy to take. Believe me, I tried snap dog pictures at this event. Keyword: tried (and failed) So appreciate the work and effort that goes into making the calendar.
Posted by Tania at 12:00 AM