The Wolverine was not high on my list of movies to watch this year. The lack of promos and hype certainly didn't help the movie's popularity especially since it has to compete against more anticipated movies like Pacific Rim and Despicable Me 2. But considering the disaster movie that was X-Men Origins: Wolverine, I thought I should just give it a chance seeing as it was based on Chris Claremont and Frank Miller's Japan arc of the character. In fact, there was a Wolverine anime based on this storyline too as part of a collaboration between Marvel Animation and Madhouse.

Where else can you get delicious food, mani-pedi, massage, facial and a fashion show all rolled into one cosy hideout in Taman Tun? No where! Only at an event organised by the Butterfly Project do you get all of the above in the presence of other like-minded girls as we had done at the Spa Party in June.
Getting invited to this party was no easy feat as we had to blog or vlog about our reasons for wanting to attend. But being able to attend the event on a sunny Saturday afternoon was well worth it. Did I mention I also won a pair of Havaianas flip flops to wear to the party?

Having grown up on a healthy diet of Ultraman, Godzilla, Power Rangers, Macross and Gundam, Pacific Rim was like a dream come true to me. Anything involving Mecha and giant monsters and I am there. Think Gundam versus Godzilla in a world in the distant future where mankind is on the brink of extinction. 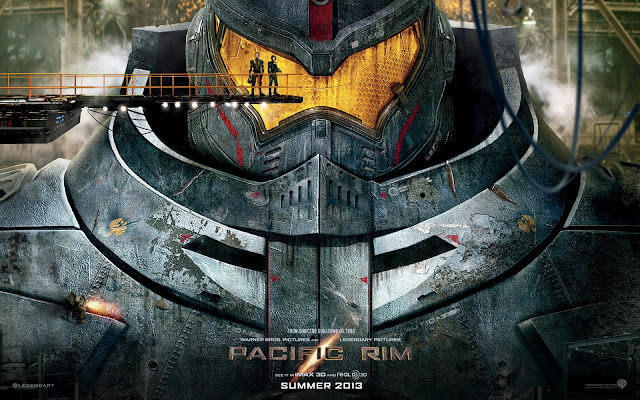 Gist
Giant monsters, dubbed Kaiju (in tribute to the Japan monsters) have emerged from a portal at the bottom of the Pacific Ocean and have laid waste to the major cities in the world, killing millions and forcing countries to unite against a common enemy. To face this threat, the Jaeger Program was initiated under the command of Stacker Pentecost (Idris Elba) and Gundam-like robots called Jaegers (German for hunters) were built.


To be honest, I wasn't really expecting much from the Lone Ranger. Early reviews have not been so kind on it but I held back from reading them in hopes that I could watch the movie unbiasedly. But sadly the movie didn't help itself despite having Johnny Depp in the one of the leads as Tonto. In fact, the movie was basically Pirates of the Caribbean repackaged to the Wild Wild West.

Gist
Basically told in flashback format by the aged Tonto, also played by Johnny Depp, the movie dives into how the Lone Ranger (Arnie Hammer) came to be from a bumbling pacific lawyer, John Reid whose brother was murdered by the I-eat-your-heart-out (once in the whole movie) bad guy, Butch Cavendish. Reid was left for dead only to be rescued by Tonto who also has a personal vendetta against Cavendish. Throw in a white horse with serious issues, a mask made from a vest, a silver bullet that doesn't go missing despite all the action, a damsel in distress, a villain with the hots for that damsel and you have the Lone Ranger.

Japan: Getting around and about Osaka

When visiting Osaka, forget taxis or even renting a car.  Just do as the locals do and ride the subways.

Using the subways was the most efficient means of moving about and even to the outskirts of Osaka. They are punctual down to the minute, frequent and perfectly timed for smooth transitions between stations and subway lines.

During my maiden trip to Osaka in June 2013, I was there for only four days and had every intention of visiting all the main attractions within the city and also Nara and Kyoto. With intensive research, I found out that Osaka offered several travel passes for foreign travelers that allowed us to ride the subways and public transportation as many times as we wanted within a stipulated period and also free or discounted entrances to various attractions.