To be honest, I wasn't really expecting much from the Lone Ranger. Early reviews have not been so kind on it but I held back from reading them in hopes that I could watch the movie unbiasedly. But sadly the movie didn't help itself despite having Johnny Depp in the one of the leads as Tonto. In fact, the movie was basically Pirates of the Caribbean repackaged to the Wild Wild West.

Gist
Basically told in flashback format by the aged Tonto, also played by Johnny Depp, the movie dives into how the Lone Ranger (Arnie Hammer) came to be from a bumbling pacific lawyer, John Reid whose brother was murdered by the I-eat-your-heart-out (once in the whole movie) bad guy, Butch Cavendish. Reid was left for dead only to be rescued by Tonto who also has a personal vendetta against Cavendish. Throw in a white horse with serious issues, a mask made from a vest, a silver bullet that doesn't go missing despite all the action, a damsel in distress, a villain with the hots for that damsel and you have the Lone Ranger. Verdict
I believe my lackluster recap of the whole movie (above) is a clear indication of how I felt about the movie.The titular character merely gets away with everything on his good looks and tons of luck to back him up. However, when sharing a screen with Tonto, the Lone Ranger takes the back seat as Johnny Depp gains the audiences' attention and laughter with his land version of Captain Jack Sparrow in an outlandish crow hairpiece minus the drinking problem. I felt that the best scenes are those involving Tonto and the iconic white horse, Silver but sadly those are few as Silver is in fact the Lone Ranger's riding partner. The damsel in distress, Rebecca Reid, was played by Ruth Wilson but she fails to hold her own on screen as the leading lady and the love interest of her former brother-in-law. In one scene, she shoved a gun into her son's hand and had him hold another man at gunpoint while she had an escape attempt only to crawling right back into the villain's arms. That's good parenting there I tell you. 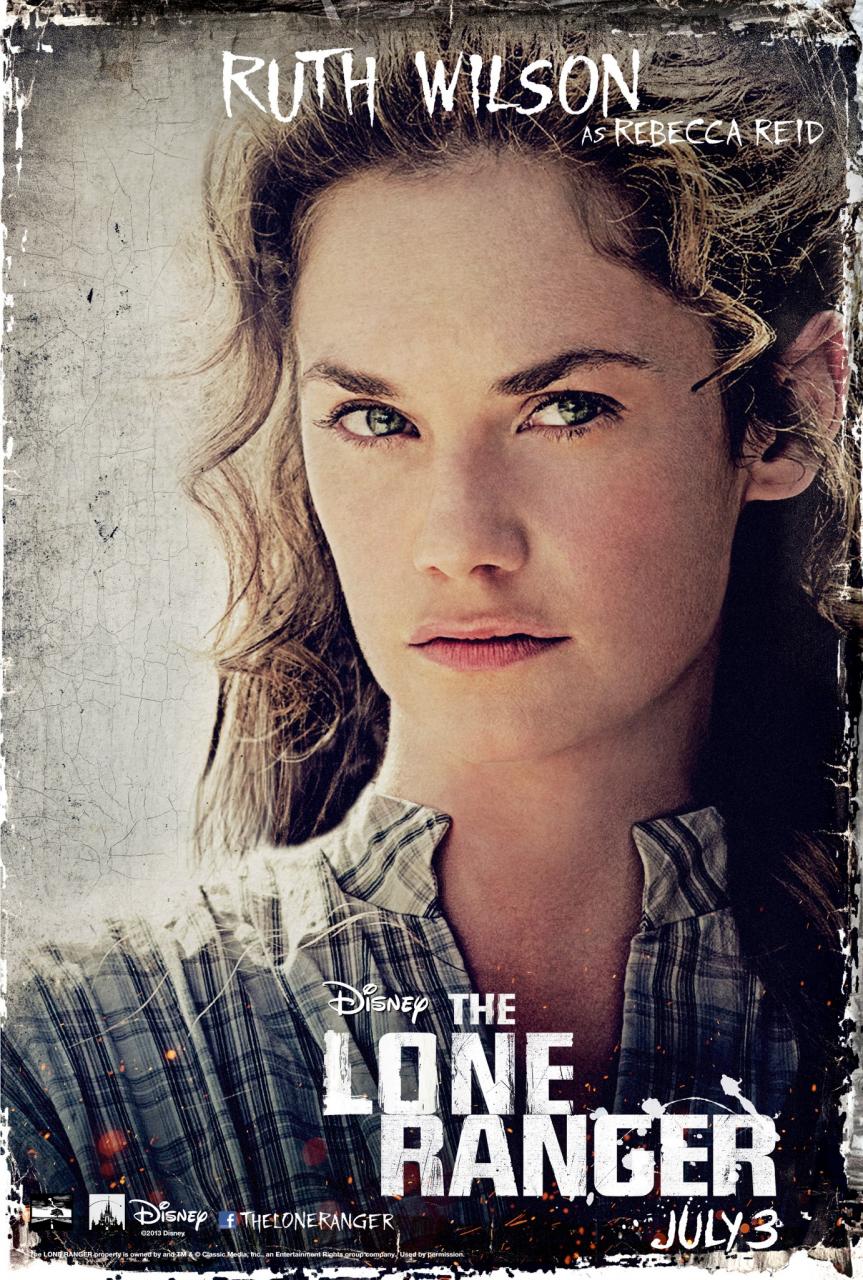 Villain Butch Cavendish started off as the main baddie who has a penchant for eating his victim's hearts and even killed and ate the older brother Reid's heart. However this unique characteristic was never seen again while Cavendish turned out to be a minion (bah-nah-nah!) to a to-be-honest-not-surprising boss villain. What a waste of a character and what happened to putting a silver bullet through his heart for poetic justice? There was none of that whatsoever.

Don't get me wrong, there were moments that brought about laughter but that usually involved Tonto and a white horse especially one particular scene where Tonto was trying to convince Silver to bring back the other Reid brother as his sidekick.Wrong brother? I agree. On the plus side, Helena Bohame Carter did appear as Red, a brothel madame with an ivory fake leg that housed a pretty cool shot gun. She too has a personal vendetta against Cavendish which was never explored in depth (Apparently she was a ballerina and he lopped off her entire leg). She would have made a better lead lady than Rebecca.

This movie was overall a parody of the original serious as evident by its ending scene of the famous Lone Ranger shout.


Would I watch it again?
Nope and I am not going to say sorry because I would not spend a dime to rewatch this reboot. When the iconic William Tell Overture came on during one of the many train track scene, there should be a sense of excitement or cheering in the audiences but by that hour, I think most of us were wishing it was over.

Thank you though to Klips.my for inviting me to their special screening. If you like movies and love picking them apart, do sign up here and stand a chance to win free movie passes or gain invitation to premiere screenings.


Fun fact: The Lone Ranger (John Reid) is related to the Green Hornet (Brett Reid) whose attempt at a movie revival with Jay Chou as Chinese Tonto also went flop. The curse lives on!
Posted by Tania at 11:12 AM