I first came across the art of cutting paper on a holiday to Beijing, China but because I was a kid and had no idea how intricate it was, I never really did appreciate it. The same way, I didn't appreciate the historical landmarks all over the city simply because I could not understand a thing the tour guide was saying in Mandarin. I am a banana, you see. Yellow on the outside, white on the inside. Basically a non-Chinese speaking Chinese. 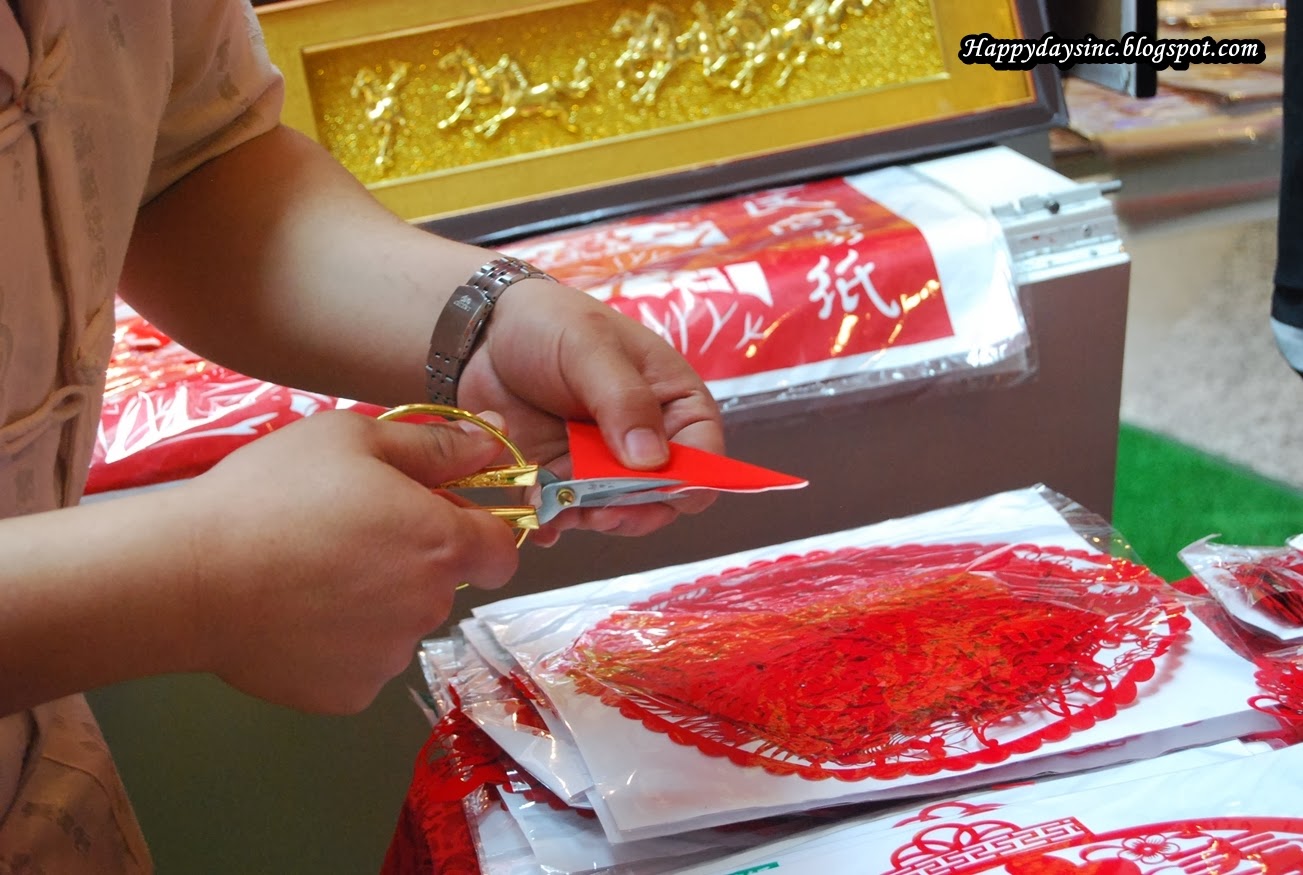 Anyway despite being a banana, the sentiment of Chinese New Year is not lost on me. And neither is it lost to Empire Shopping Gallery which led it neighborhood mall to launch its string of CNY activities for the next few weeks to usher in the Year of the Horse. 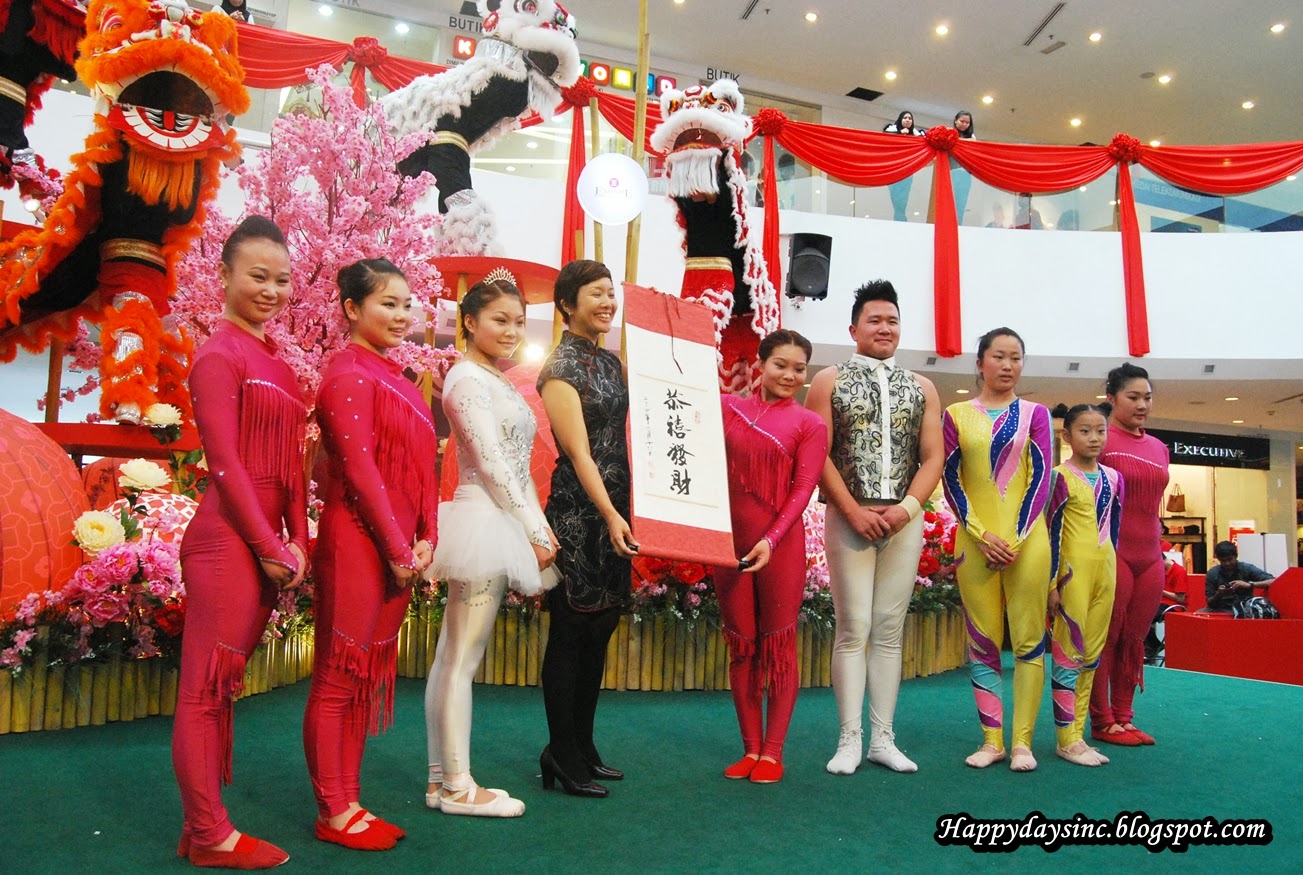 The official festivities launch kicked off with several gravity defying performances by an acrobatic troupe all the way from China that proceeded to wow the media members and the gathered public. The performers then presented Elena Lee, Centre Manager of Empire Shopping Gallery with a scroll with an auspicious message for prosperity on it (I can't read Chinese T_T) to officiate the event. 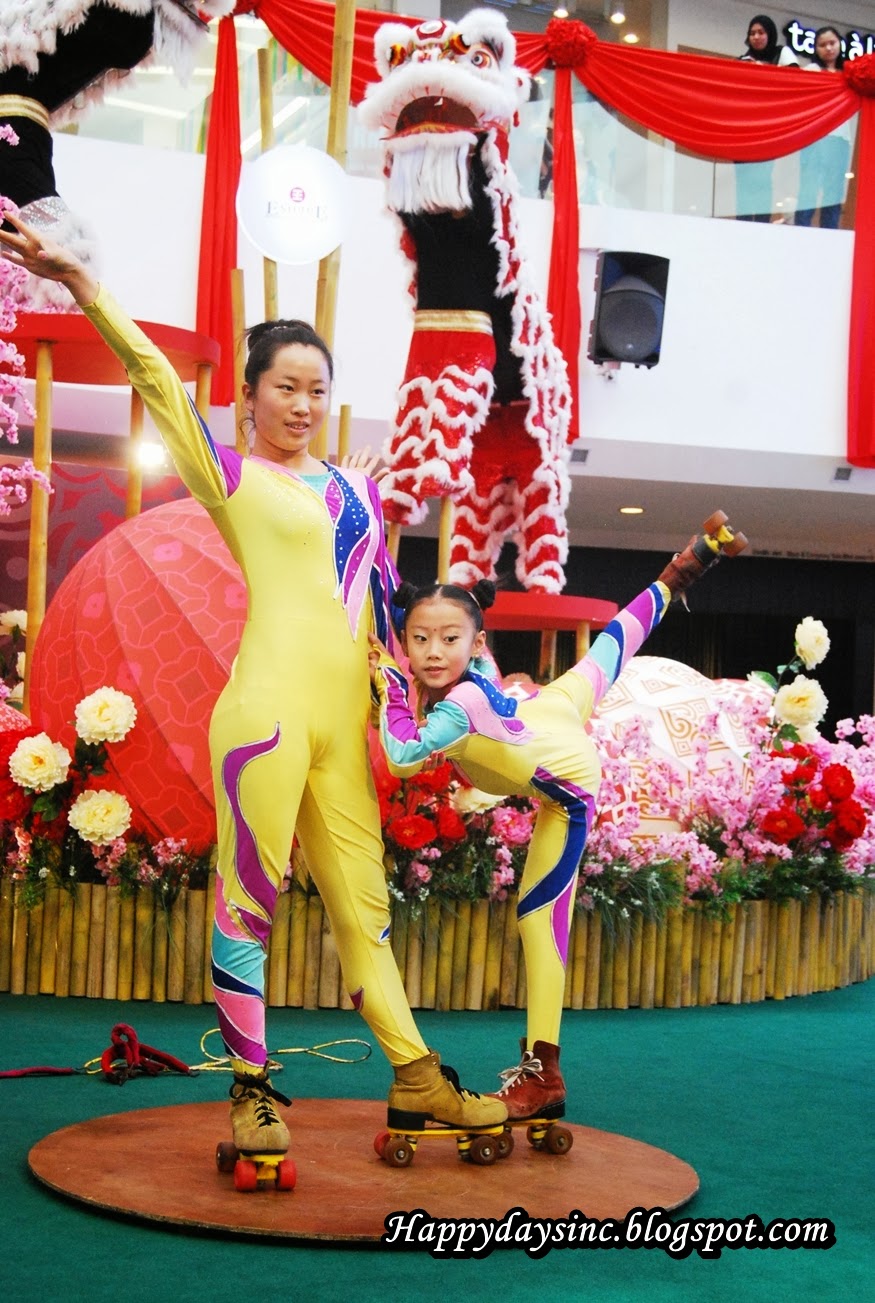 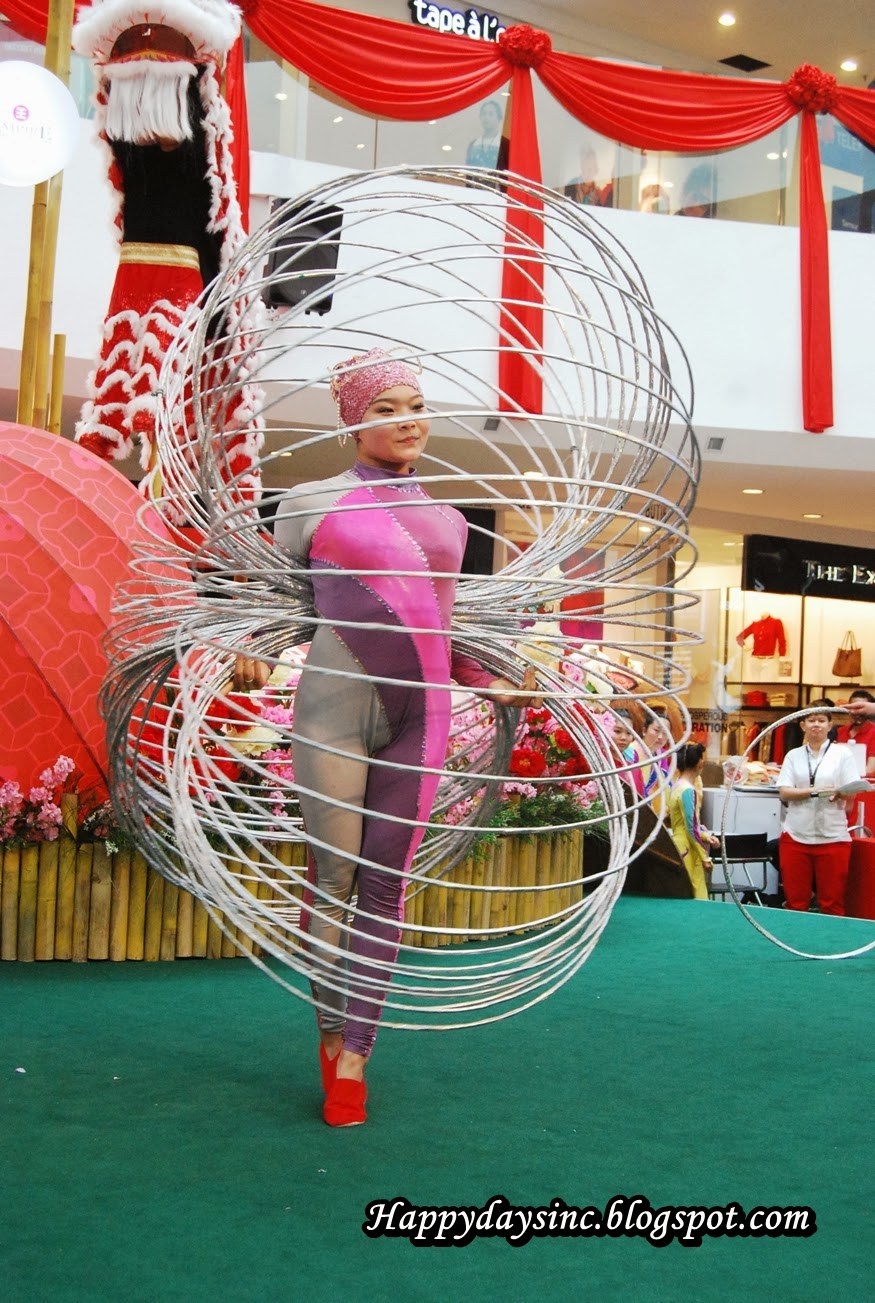 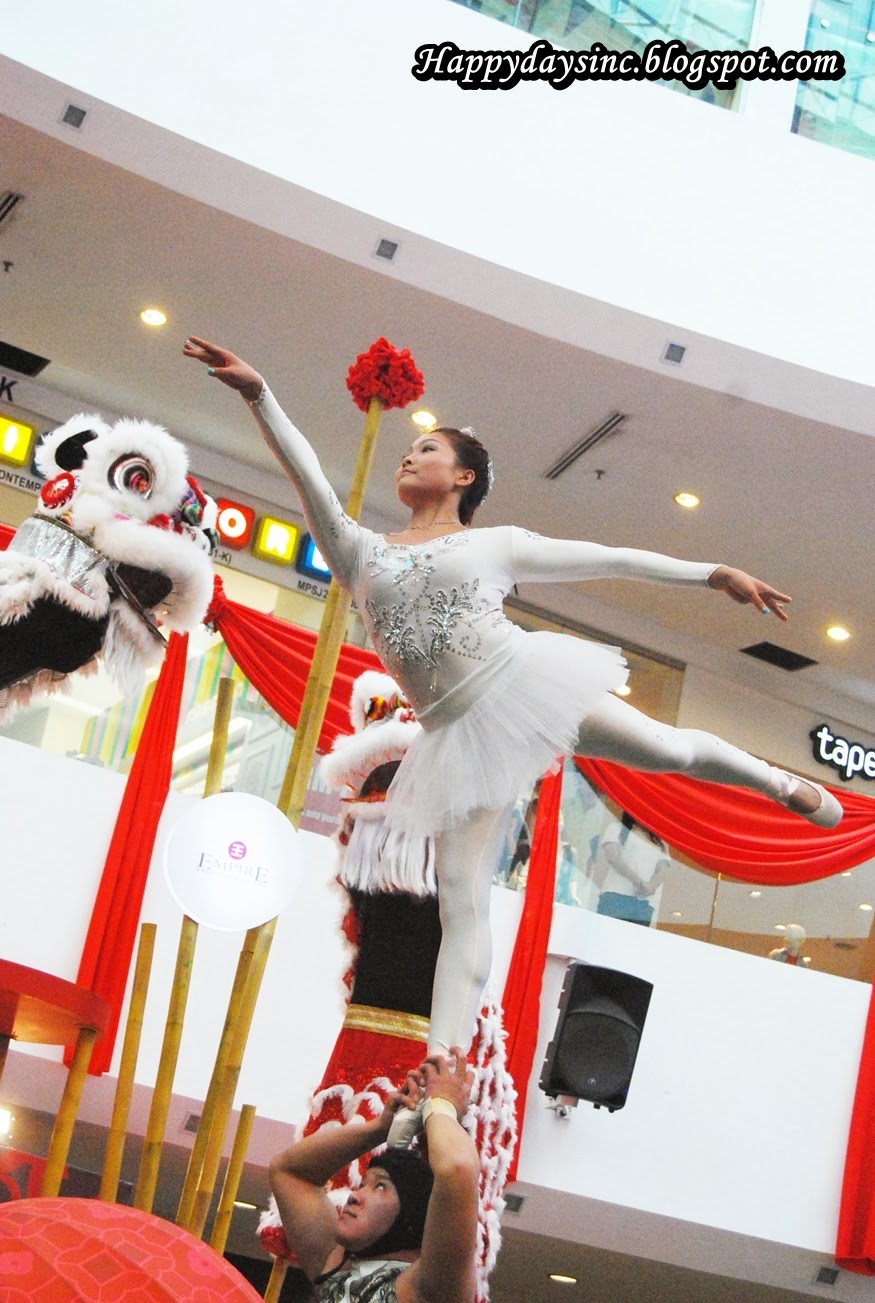 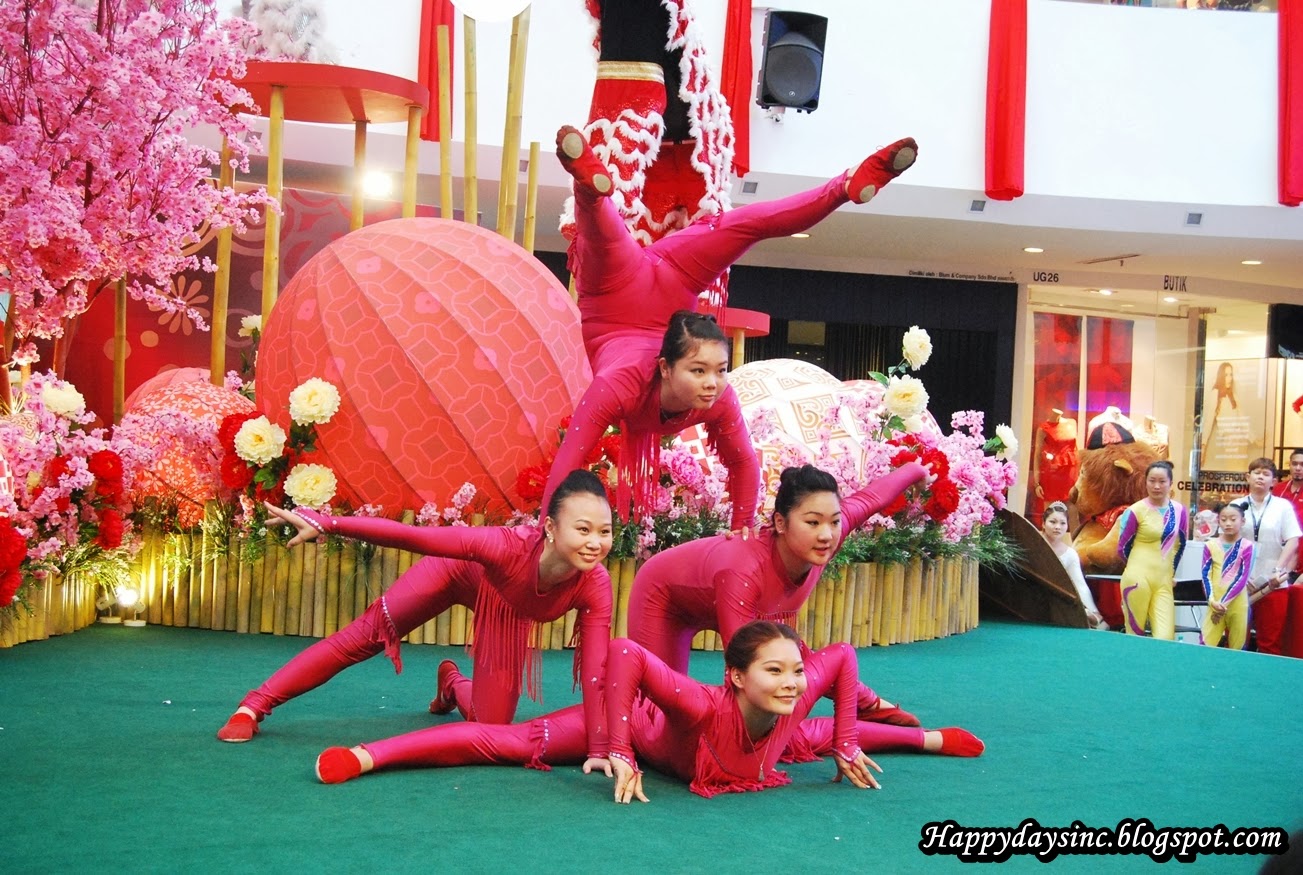 As a treat to its shoppers and patrons, ESG had also brought in skilled artisans all the way from China to display their skills and artworks at kiosks around the concourse area. Shoppers can have fun trying their hands at three of these kisoks that offers hands-on lessons in the traditional crafts of paper cutting, figurine sculpting and knotting art.  Besides that, they can also opt to purchase authentic Chinese decorations and crafts for the New Year. 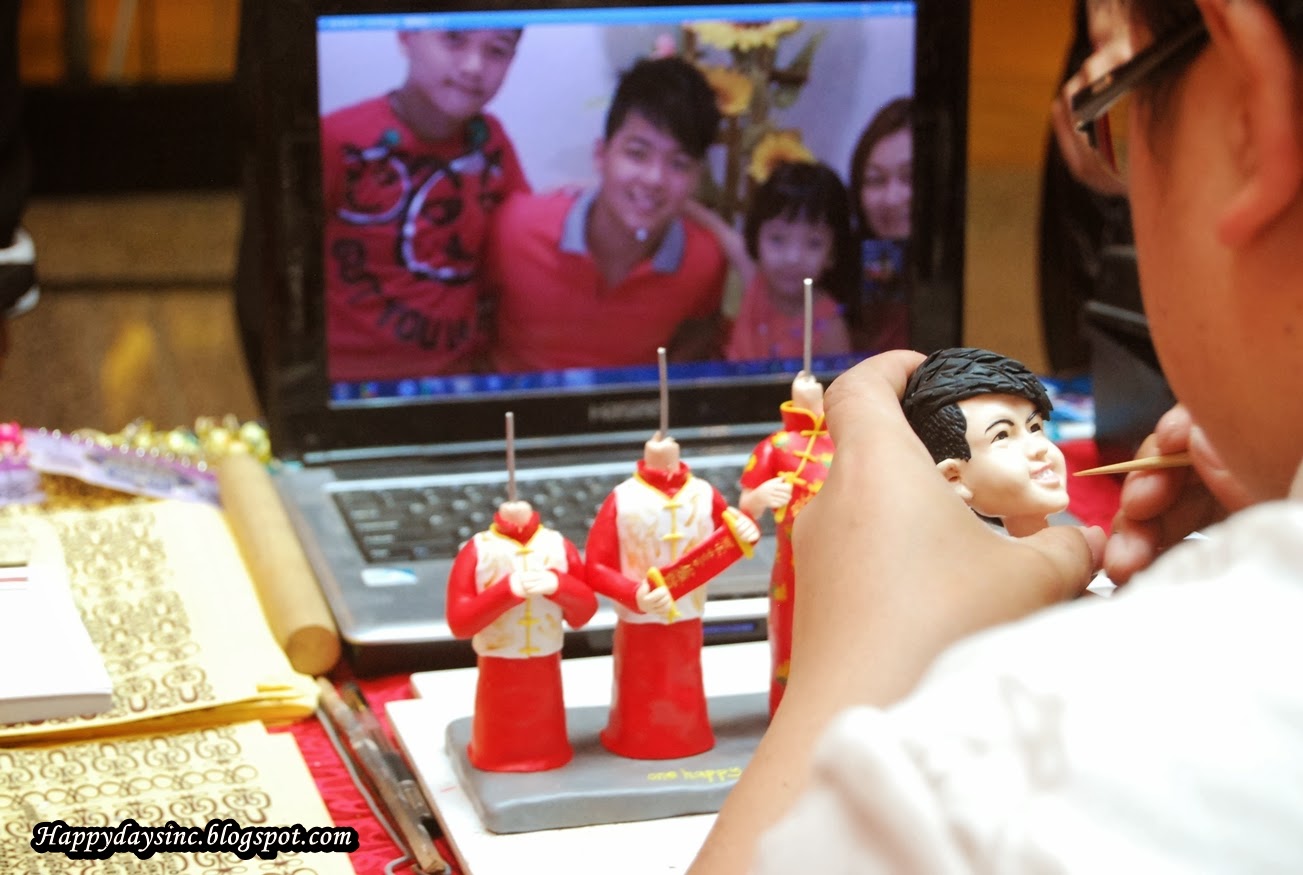 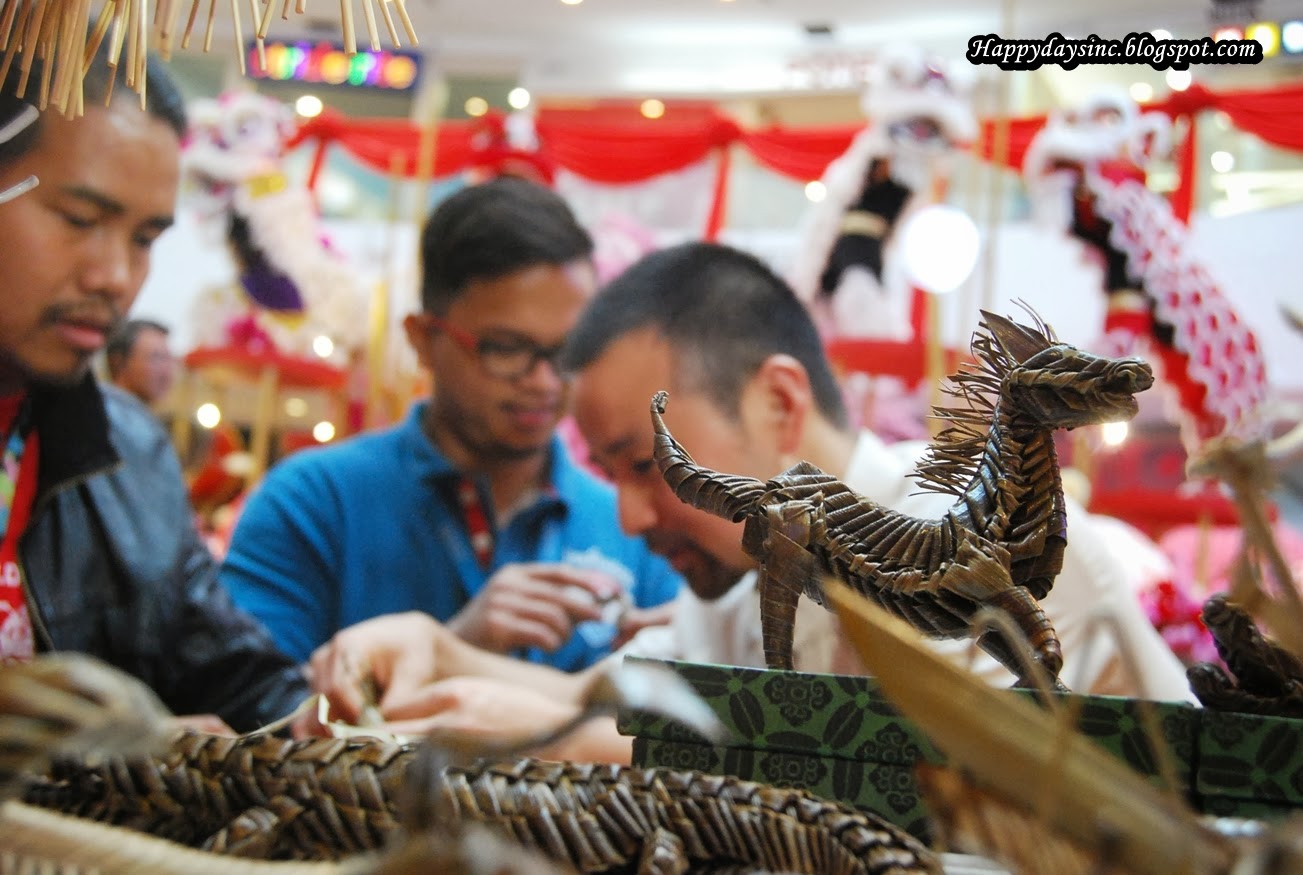 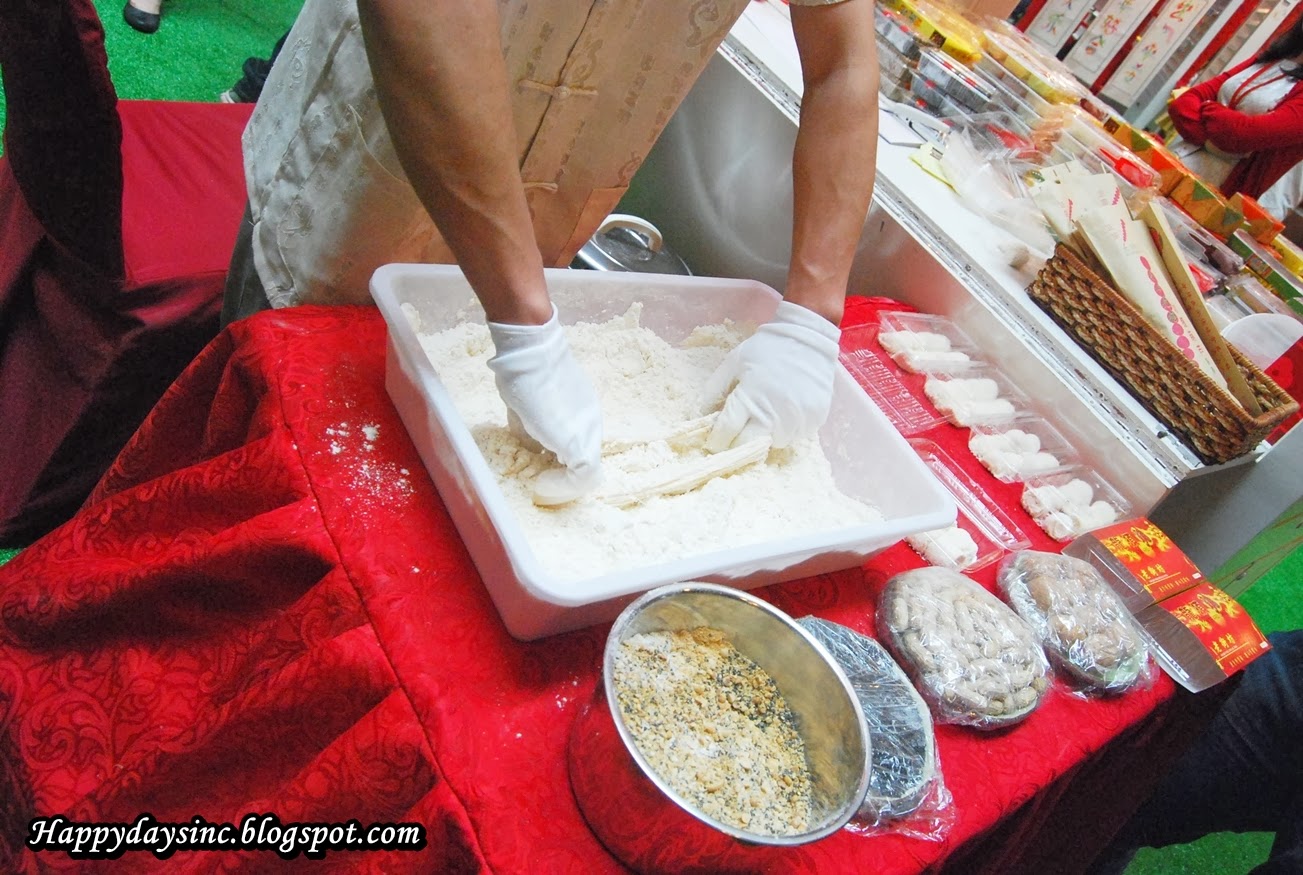 At the launch, we got see how each artwork was done from scratch and by hand, tried freshly made dragon beard candy and even had a personalized calligraphy art done on the spot. Some of the media members even had a go at the workshops at these kiosks with the artisans there to guide them, of course and they got to take home their own pieces of work as memorabilias. 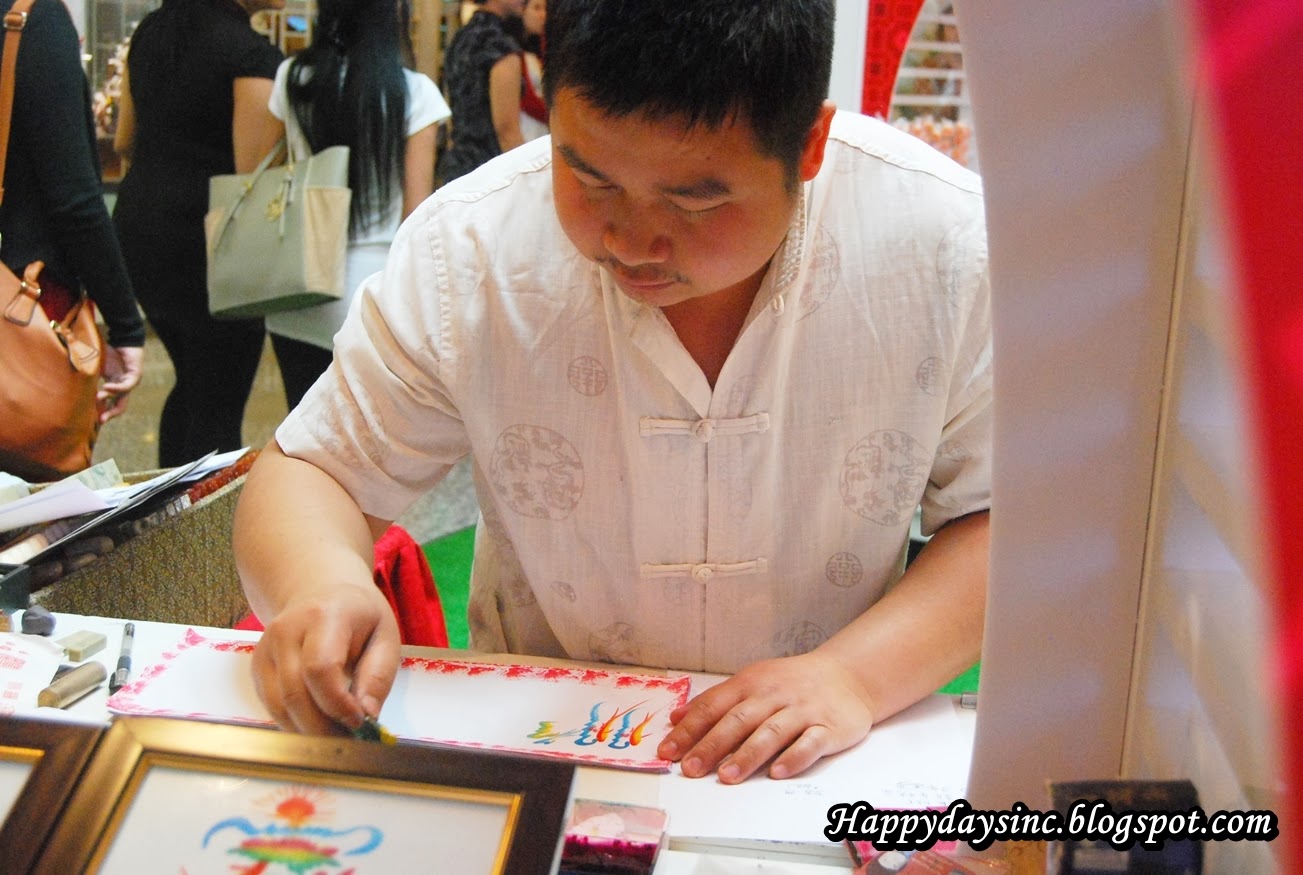 This is my calligraphy, done by the China artist. It basically says, more prosperity for more traveling. 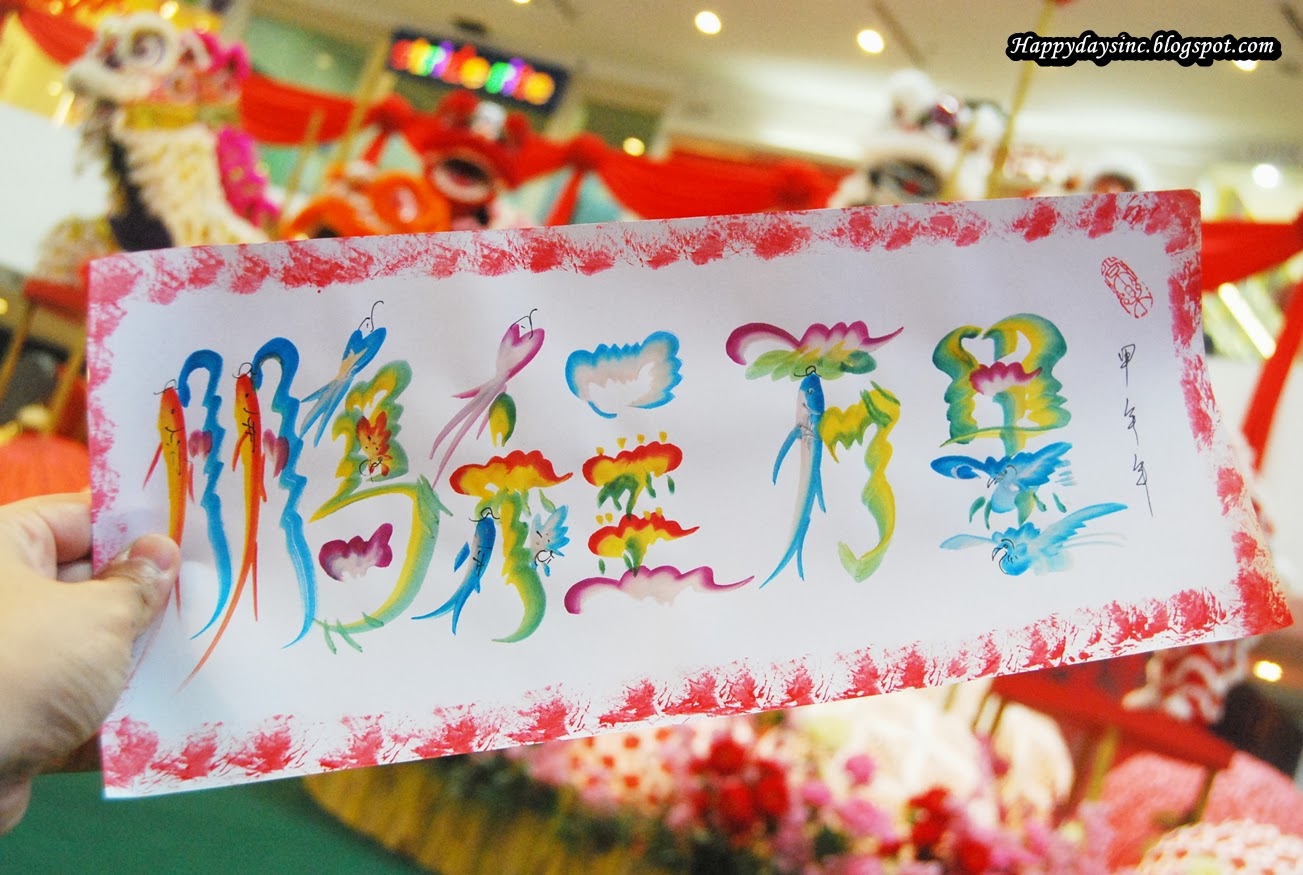 Besides this, I also had a pendant made at the 'Burning Art on Wood' kiosk for my pet kitty.

The arts and crafts workshops at the kiosks are held during the weekends from 10 January 2014 to 16 February 2014 at Empire Shopping Gallery’s Concourse area on Level UG.

On top of that there are several promotions held throughout these period:
(extracted from the official ESG press release)


"From 10 January 2014 to 16 February 2014, shoppers spending RM100 in a single receipt will be given the exclusive Empire Shopping Gallery ang pow packets while customers spending RM288 (RM188 for HSBC credit card cardholders) in a maximum of 2 accumulated receipts will receive a bowl and chopsticks set. The rewards are based on daily allocations, while stocks last.

In conjunction with Chinese New Year, HSBC is also offering a mystery gift exclusively for HSBC cardholders - redeemable at the HSBC counter when they spend RM400 and above in accumulated receipts using their HSBC credit card at Empire Shopping Gallery."

Hi, Sandra
I follow you di :) Eat your fill of dragon beard candy this CNY! They are everywhere now!

Treatment Methods - In order for Chinese food therapy to work properly, there has to be an understanding of how your body reacts to specific things. Phoenix Chinese Restaurant