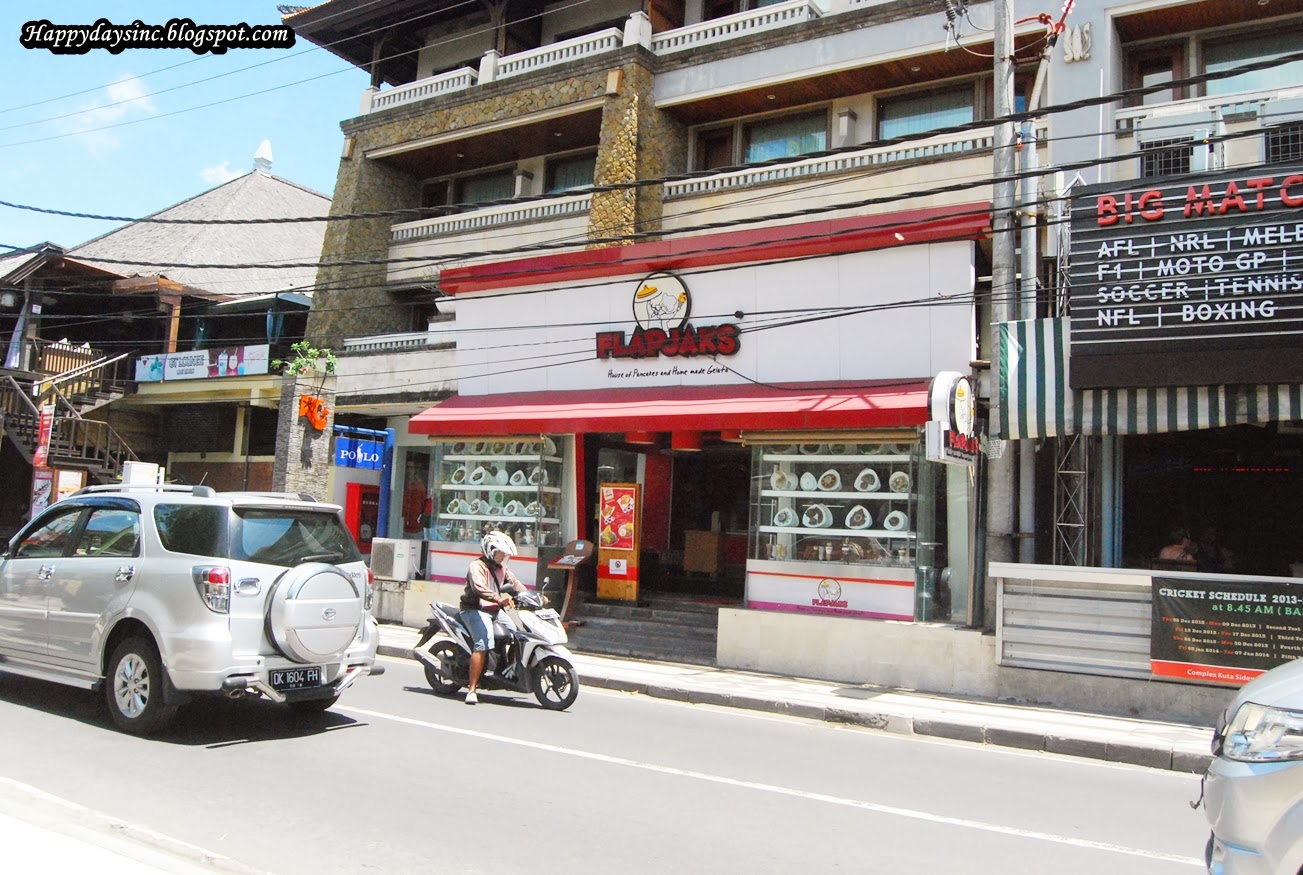 After a disappointing early morning excursion to Lovina, a two hours drive from Kuta, we were starved and after the tour van dropped us back at the hotel, we hopped into a rather pricy cab (I suspected that he just overcharged us) and headed to Kuta in search of Flapjaks based on a friend’s recommendation. 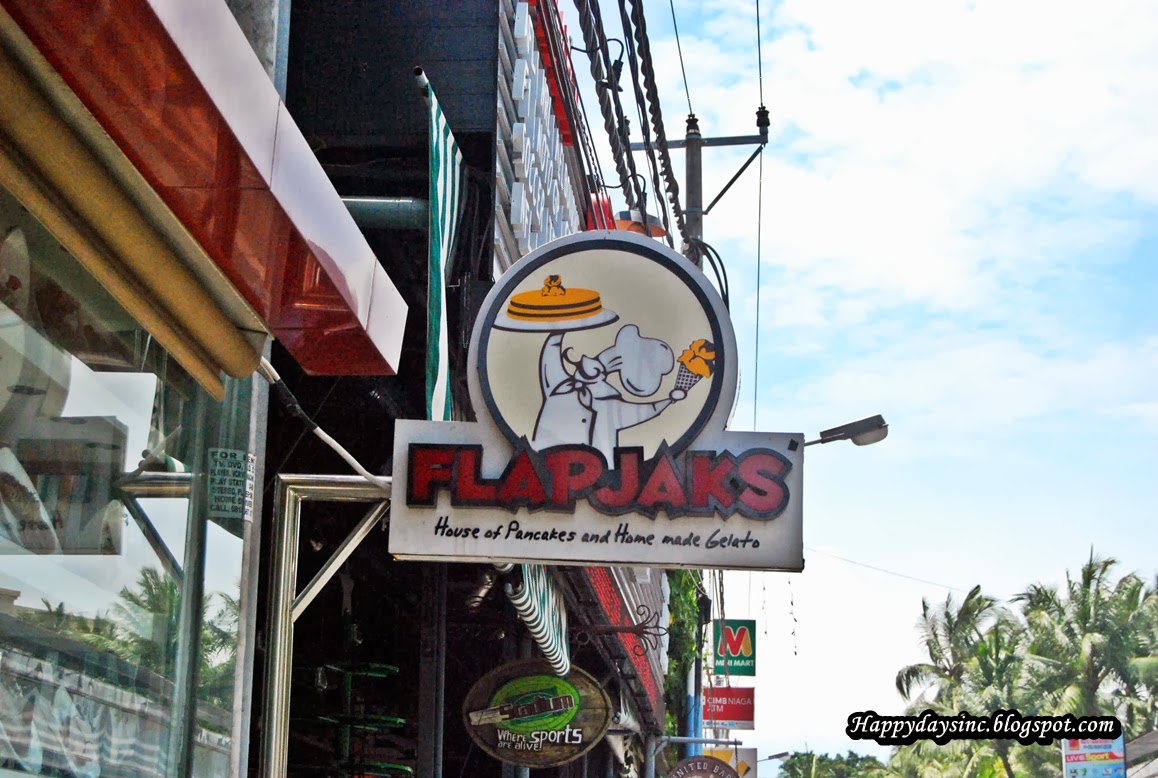 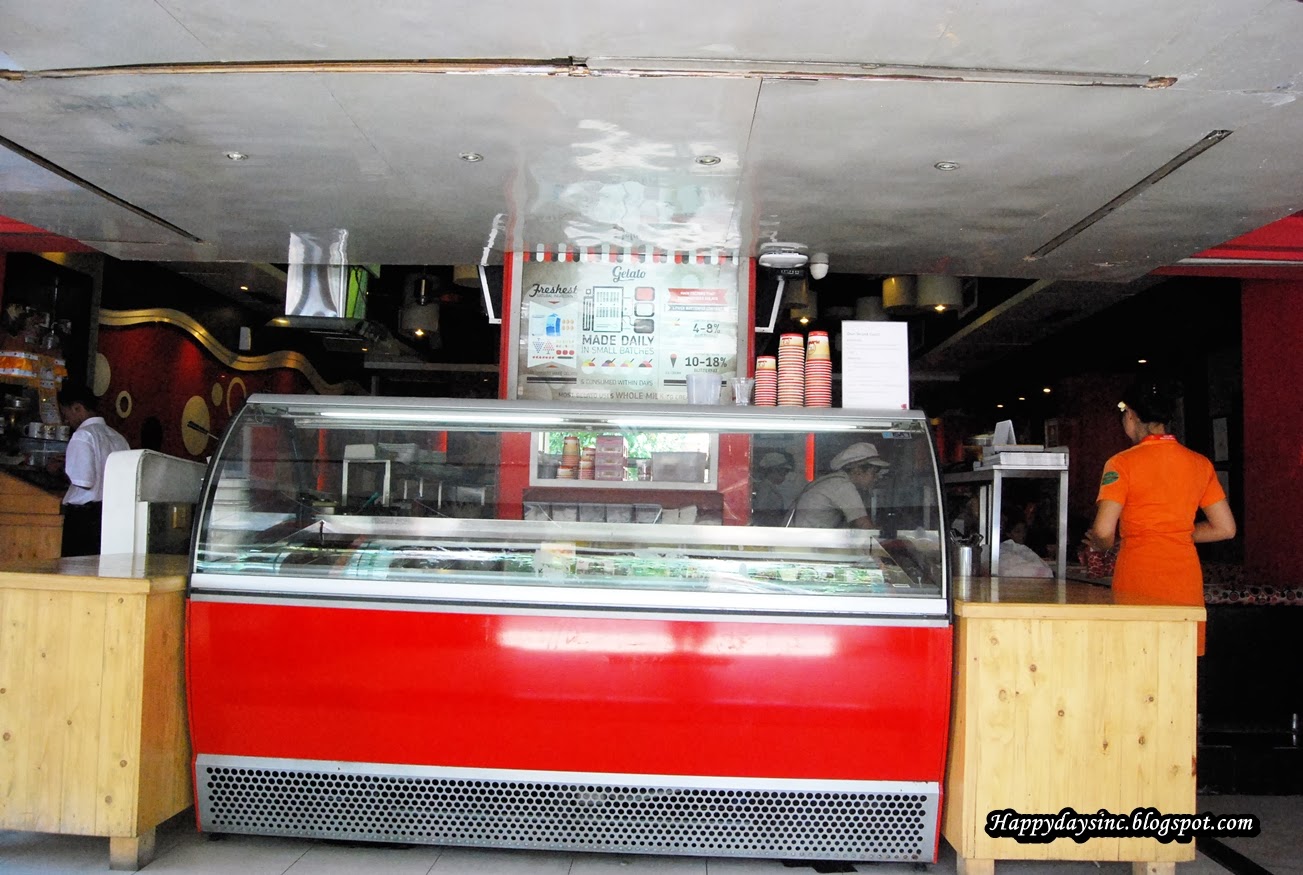 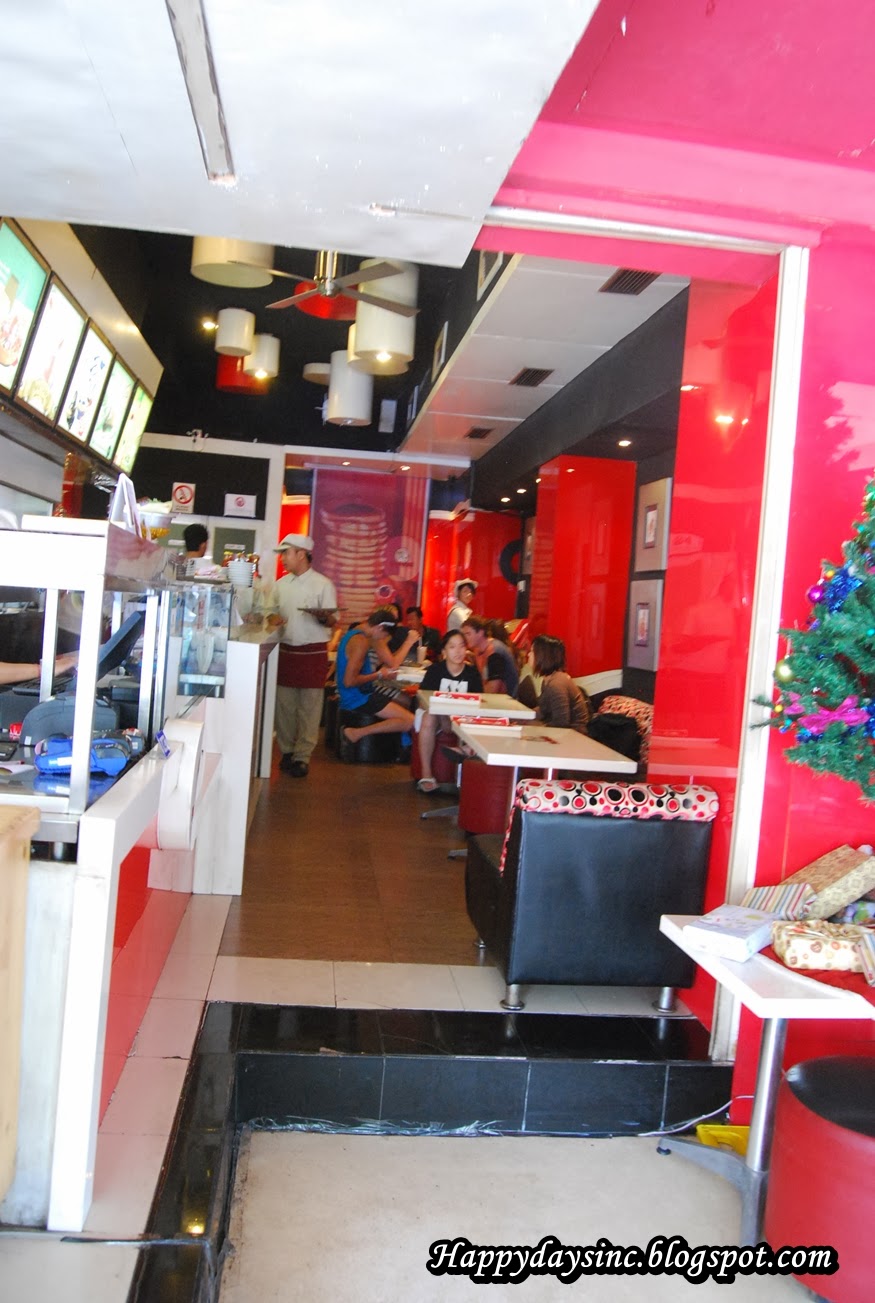 Main courses and dishes was so-so but because we were ravenous, we gobbled up everything. But the real star of the meal were the pancakes and waffles. 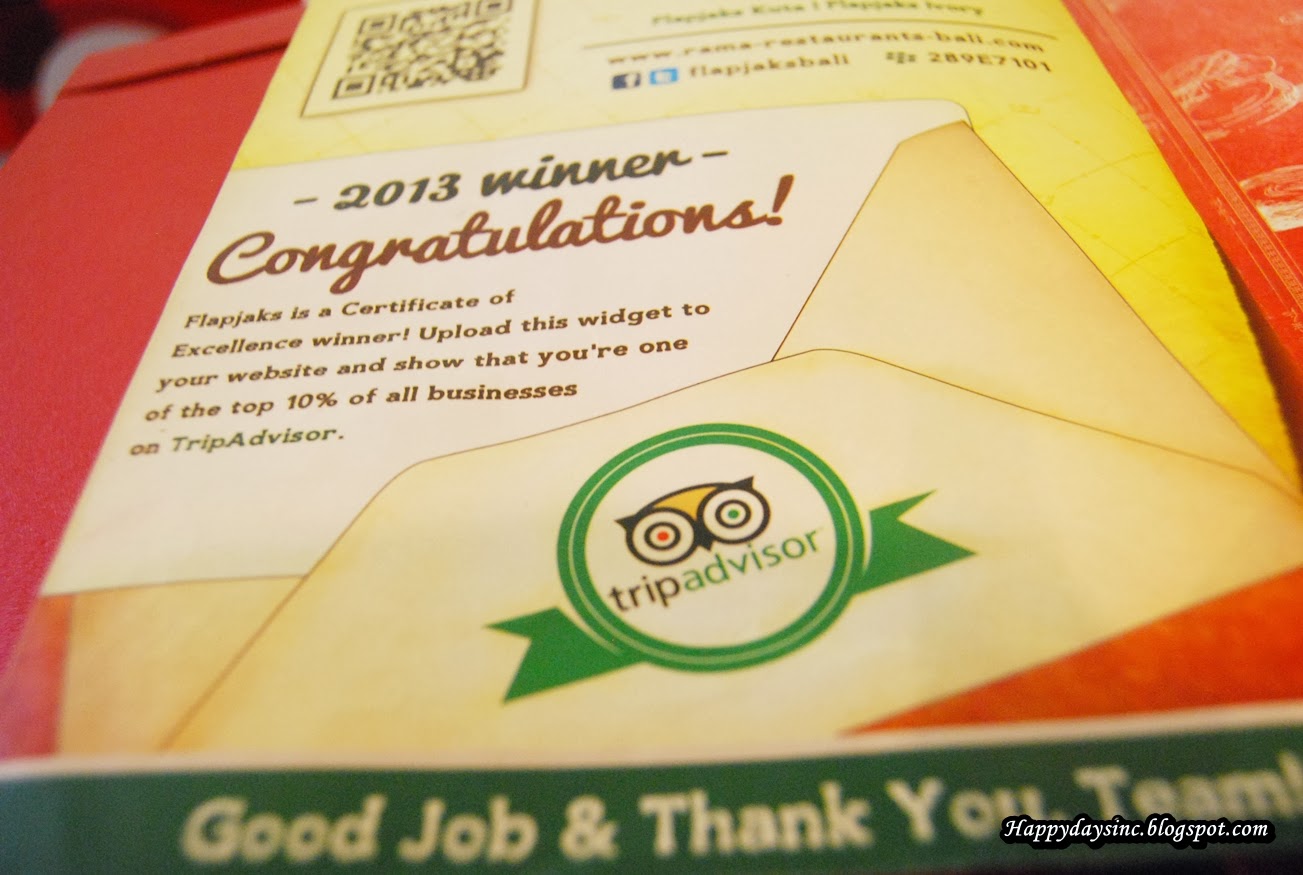 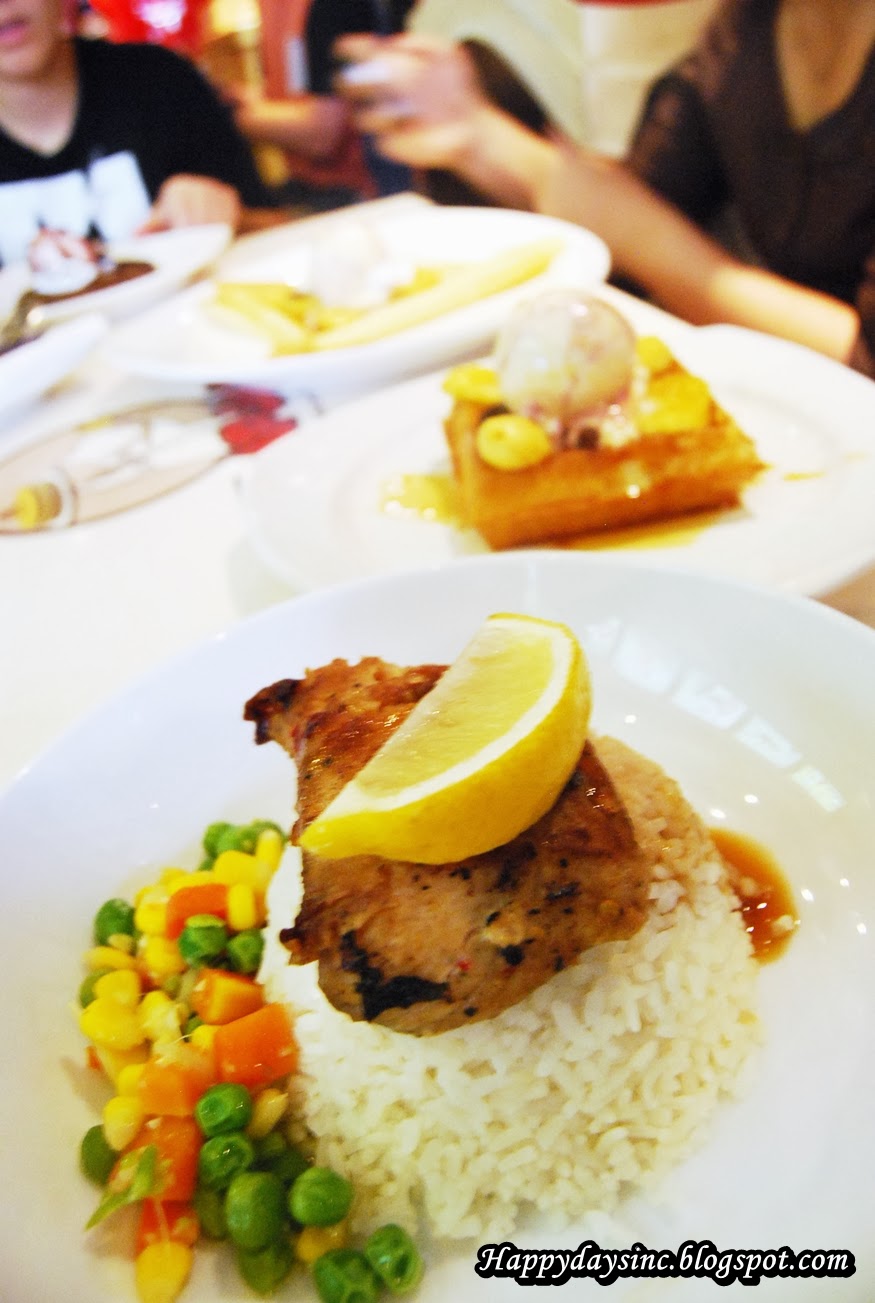 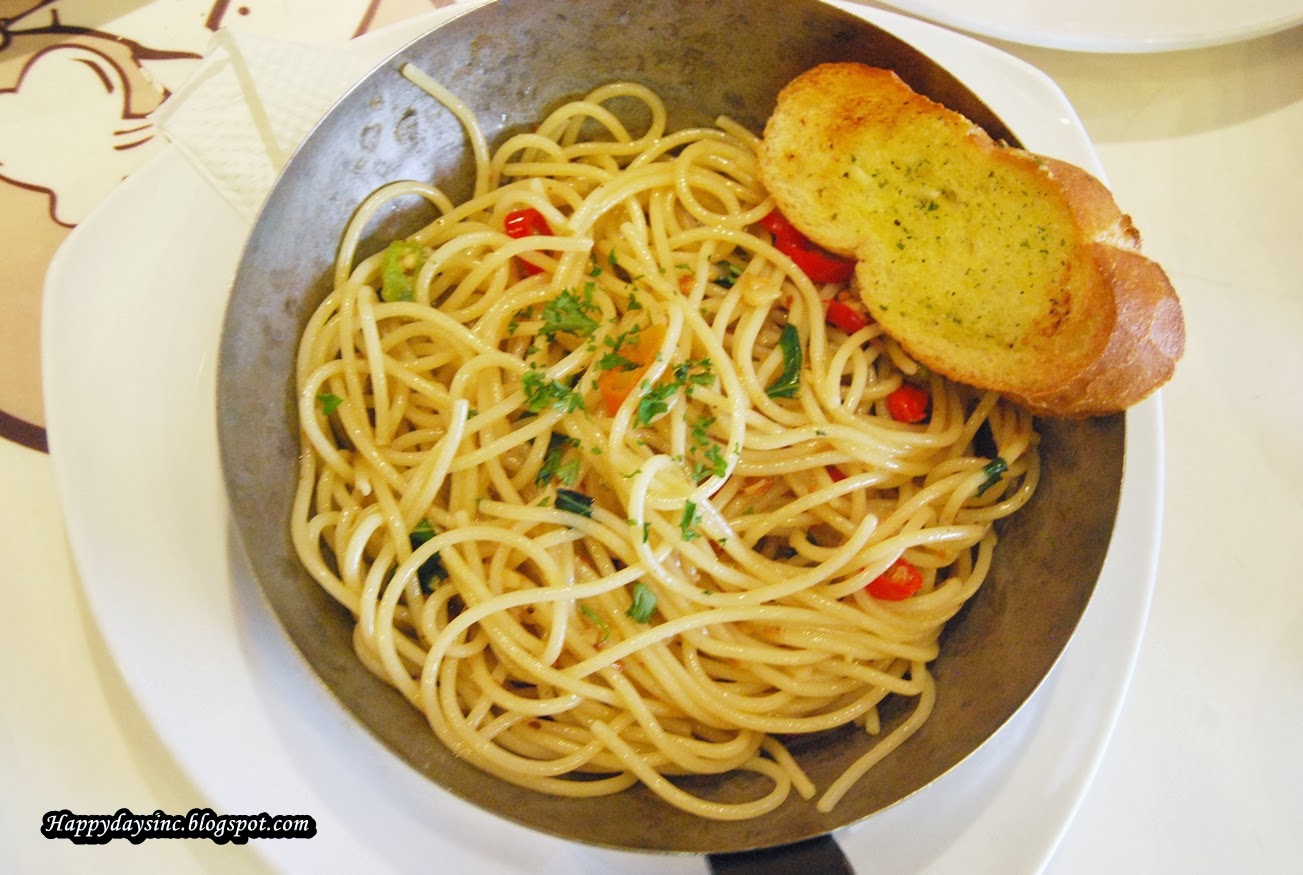 My dessert of choice was the Banana Foster Waffle and my ice-cream of choice was the Amaretto. The almond tasting ice-cream balanced out the sweetness of raisin and banana sauteed in foster sauce and gave the warm crunchy waffle base a soft ending. This customer favourite was priced at IDR25,000/RM7. 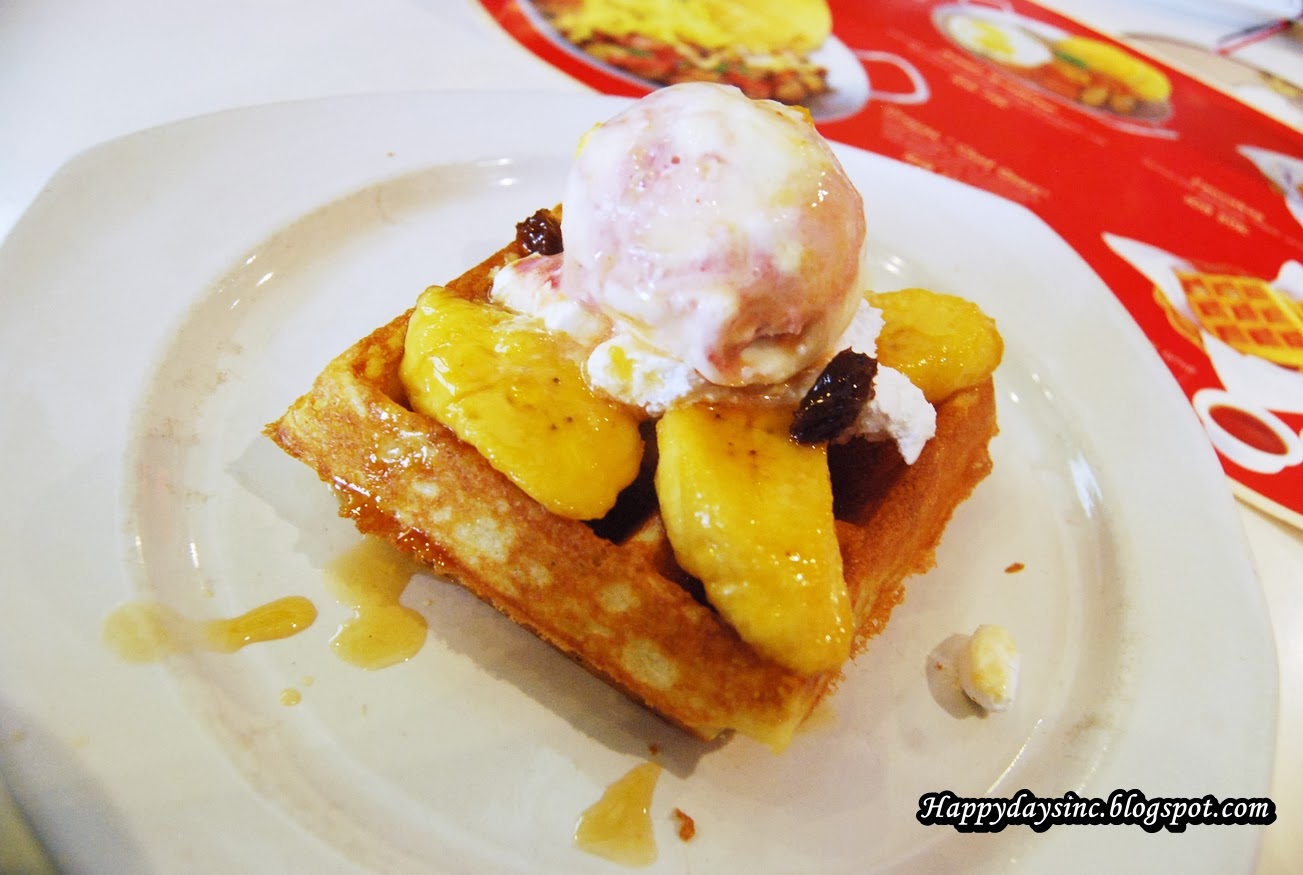 A friend ordered the crepe version of mine at IDR30,000/RM8.50 and due to a mix-up, ended up with the same Amaretto favoured ice-cream as me. But no matter because as proven, the ice-cream once again helped balance out the sweet and this time, soft base of the dessert. 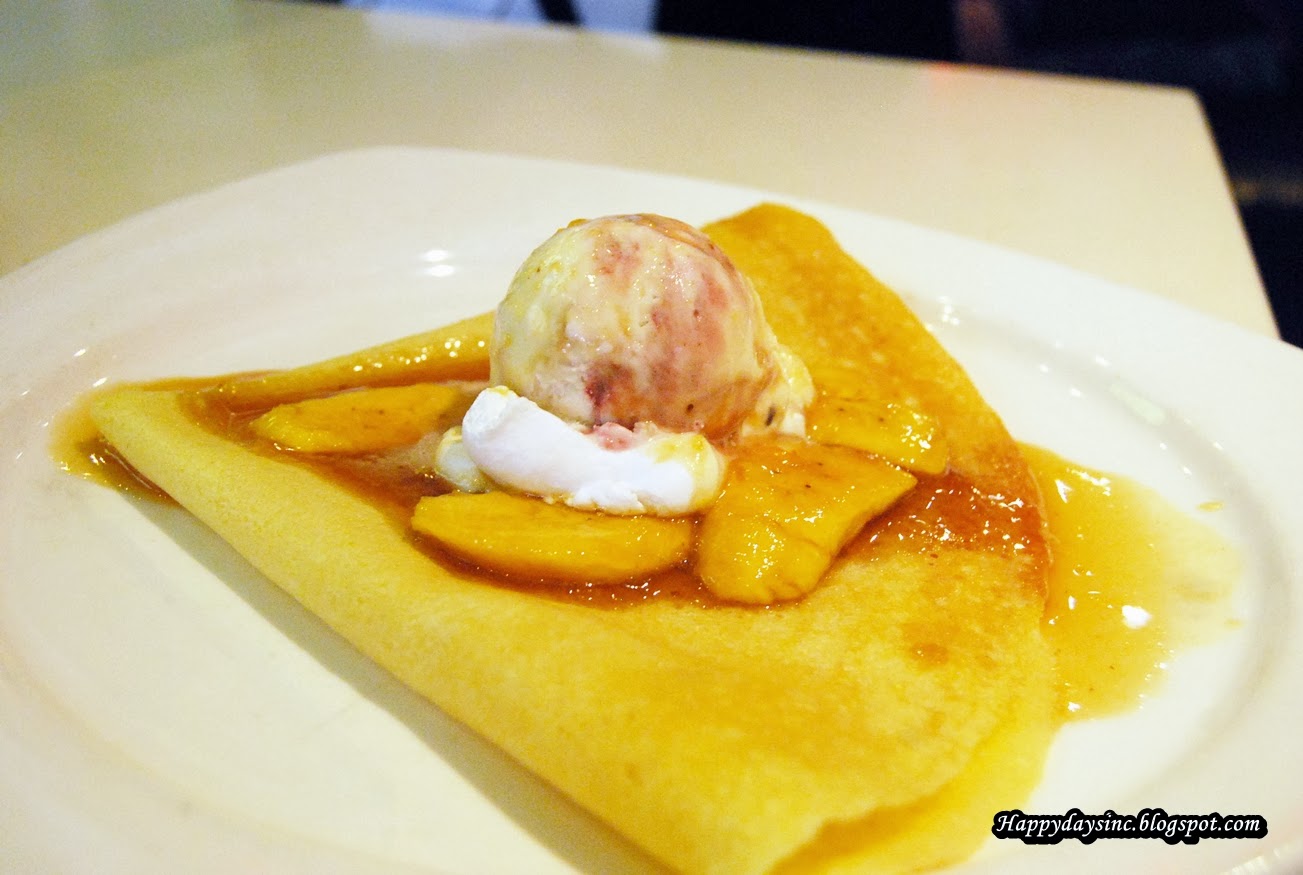 Another friend had the Decadent Chocolate Pancake which as the name indicated was decadent and rich. Topped with Amaeretto ice-cream (by mistake), the chocolate pancake was drizzled with chocolate sauce and chip. The ice-cream again it turned out was a blessing in disguise as it mellowed down the sweetness and richness of the chocolate. Customers have the option of a single pancake or two at IDR22,000/RM6.50 and IDR33,000/RM9.50 respectively. 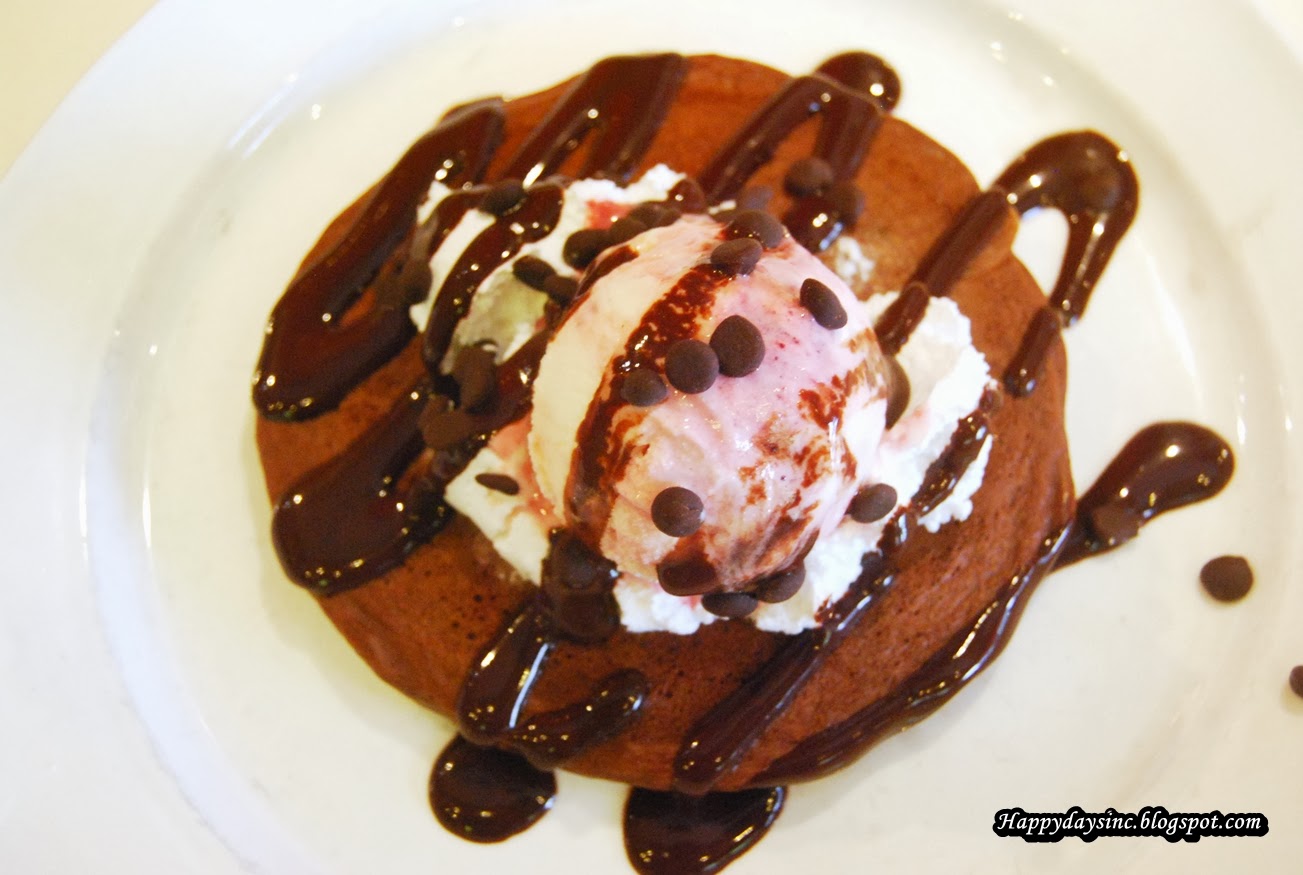 As far as I know, there are two Flapjaks in Kuta, one near the city center and the other, near Kuta Beach and the Hard Rock Hotel. As the city center outlet was crowded during lunch time, service was low and it took my friend some time to gain the waiter's attention. My advice would be to drop by ideally before lunch and after 2pm.

Alternatively, just visit the outlet near Kuta beach as that Flapjaks was empty in the mid-afternoon.