I do love my ramen and it seemed natural that I would try to hunt down the best ramen place in Tokyo. To me, Ichiran Ramen currently holds the title for that. However when I heard of two ramen joints in Sugamo that had been awarded the Michelin star, I knew I had to try at least one. 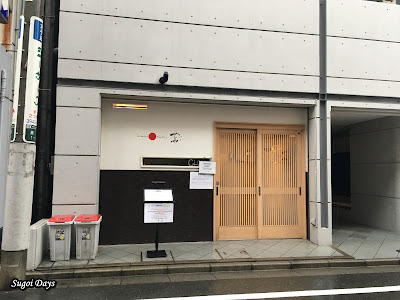 So I picked Tsuta simply because their ramen had truffle in it. I thought, how much of a difference can truffle make to something that was meant to be comfort food? Initial research informed me of the odd ticketing system the restaurant had in place to avoid customer disappointment as they only had 150 bowls a day. 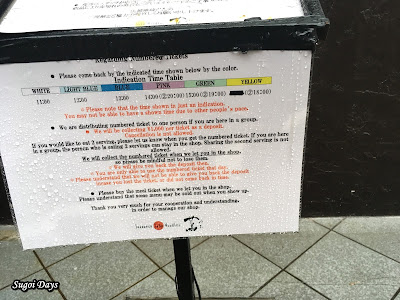 In order to secure a bowl of their famous ramen, I knew I had to dedicate the whole morning to it. Tsuta's system required customers to come first thing in the morning to obtain a slot ticket indicating your preferred timing. You will need to pay a deposit of 1000yen for the ticket. Once you have your ticket, you can wander off and come back 30 minutes before your allocated slot. As luck would have it, it was pouring that morning and I thought as I rolled out my hostel bed at 730am, "What a nice cold morning for a bowl of ramen."

From Shinjuku station, I boarded the JR Yamanote line heading towards Ikebukero and Ueno and disembarked at Sagamo station. Mind you it was still pouring and my hostel umbrella didn't help to keep my backpack from getting wet as I walked a short distance to the restaurant. When I got there, it was about 850am and there was no one else there. It was either I was late at getting a ticket and it was all sold out or the rain had deterred people from coming. Probably the latter. 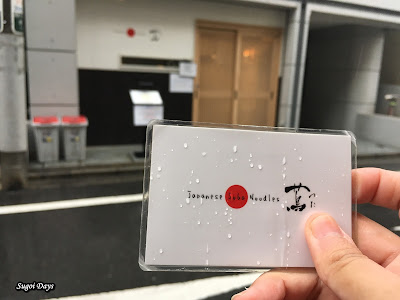 I made the deposit, got my 11am ticket and headed off to lands unknown. Nah, I just went to the Rikugien Gardens, a leisurely 15 minutes walk from the restaurant. It was between that and sitting at a nearby cafe, sipping a hot cup of coffee and using up my stomach space. So the garden it was.

After freezing my butt off wandering through a quite pretty garden, I headed back to Tsuta and arrived at 10.55am to find that a line had formed in the corridor next to the restaurant. There were about 15 people ahead of me. At 11am, the staff started to let the first few people inside. As luck would have it, as I was alone, he let me in first as the other people in the queue were in groups of two or more. Hah, perks of travelling alone. 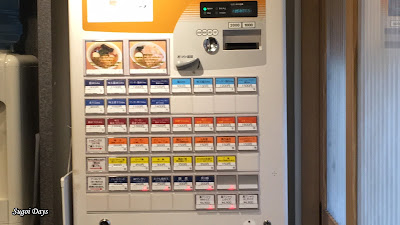 Upon returning the ticket, I got my money back and proceeded to the vending machine to order and pay for my ramen. I opted for the most highly recommended dish, their shoyu ramen with char siu and wonton. Priced at 1700yen, I prayed it was as good as it was supposed to be. 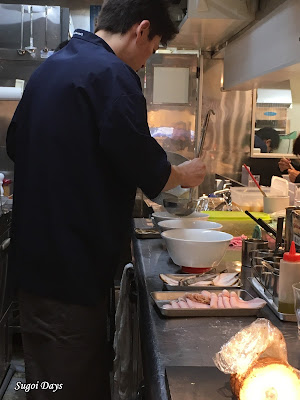 The smell of truffle filled the 9-seater restaurant and I joined the line of people staring at the two chefs whipping up the ramen three bowls at a time. In no time at all, I was soon served my bowl of Michelin ramen. The truffle smell hit me hard and I mixed it into the broth. Two sips later, I found myself wanting Ichiran ramen. 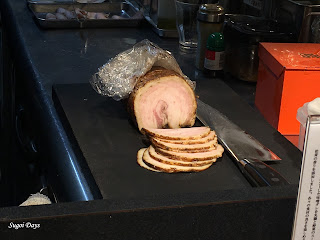 Don't get me wrong. It was good. The meat was perhaps its best feature with four finely sliced pieces in pretty pink and just the right amount of fat to give it flavour. The noodles was plentiful, a little soft but still well coated in broth. The egg was soft and runny on the inside. But the broth, despite having an expensive ingredient mixed into it and wasn't salty at all, was somewhat lacking. Nevertheless, I slurped it dry because it was still a cold morning and I do like soup. 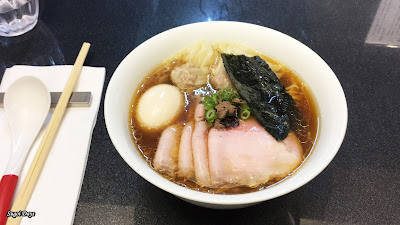 I thanked the chefs in my broken Japanese and left. Due to the setup of the restaurant, one was expected to eat and go. No talking, no interaction. Not that I minded but there was this pressure to hurry through the meal to make space for the other people still queuing outside.  I am a relatively fast eater back home but in Japan, I was considered a novice with some of the locals finishing their bowl in 15 minutes. I took 20 minutes to somewhat finish my bowl, leaving behind the noodles and felt queasy after that.

Nevertheless, it was still an interesting experience getting up at 730am for a bowl of Michelin Ramen at 11am. It's like climbing Mount Fuji. You would do it once and probably never again. I would recommend people to try Tsuta if they are looking for a Michelin experience.