It's often a pity that Ipoh was only viewed a foodie pitstop for those heading up to Penang. Only in recent years, thanks to social media, more hidden gems have been unearthed. One being mirror lake (don't confuse it with the Shah Alam lake) and the main objective of my most recent 2D1N trip to Ipoh. 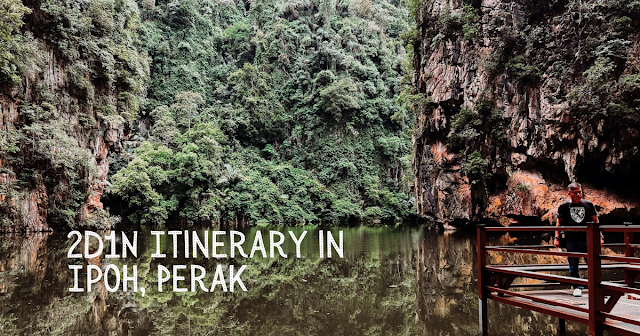 Of course, as the planning progressed, more attractions around and about in Ipoh were added to the list and we only had 24 hours.
Day 1
830am - Depart for Ipoh.
Since it was midweek, traffic was smooth all the way to Ipoh and it only took us 2 hours and a half to our first stop.
11am - Sam Poh Tong Temple 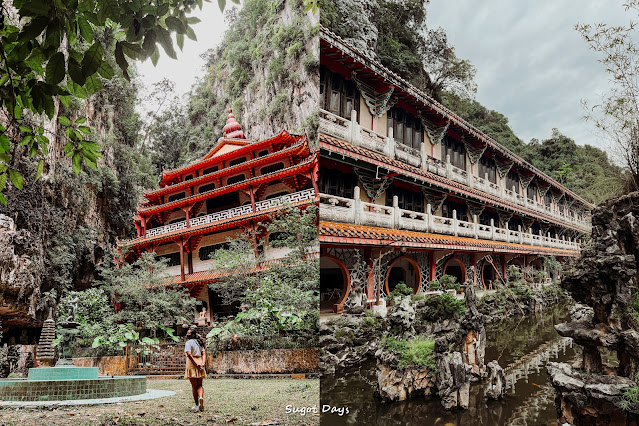 Just 15 mins from the North-South highway heading into Ipoh is a row of Taoist and Buddhist temples against Gunung Rapat. Sam Poh Tong temple is one such a temple set against a limestone hill with a hidden secret within its cave - a garden with a tortoise pond and an abandoned building in the hills. The rest of Sam Poh Tong temple has China vibes about it and worth spending an hour or so around to explore and look around.
1pm - Lunch at New Hollywood kopitiam 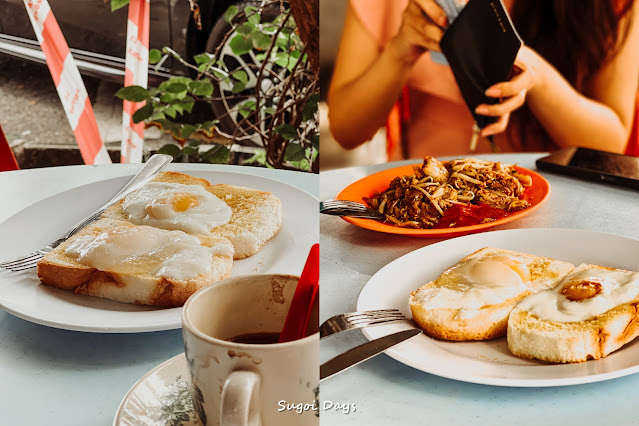 This kopitiam is quite popular amongst Malays as it serves up a decent variety of local dishes. Apparently on weekends, there is often a long queue. The most their must tries are their telur goyang and the coffee. The CKT was not too bad either for a lard-less version.
2pm - Concubine Lane and Kong Heng Square 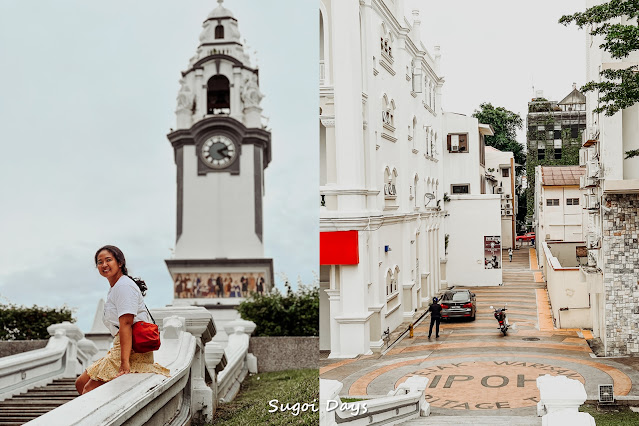 Parking around this area can be a pain so be prepared to drive around a bit to find legit parking or park further. There are a lot of places to visit and cafes to check out in the vicinity of this area. Just cross the road to find the Birch Memorial Tower right next to a food court in the heart of Ipoh.
3pm - Tea break at Chakori cafe 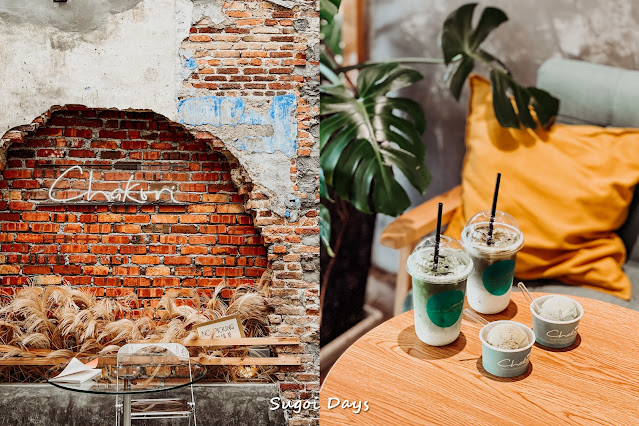 Just a stone's throwaway from Concubine lane is this beautiful cafe that specialises mostly in desserts. They have meals as well but we were there to try their hojicha and matcha ice-cream and drinks.
4pm - Kinta Heights 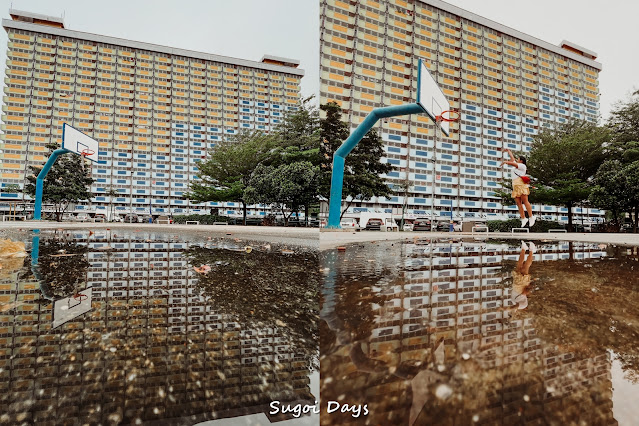 Not too far from the central area is this apartment block with severe Hong Kong feels with its high-density blocks and vibrant colours. The playground and basketball court in front of it can be accessed by public and if it rained, try taking a shot from a puddle angle for a different perspective.
430pm - Check into M Boutique Ipoh 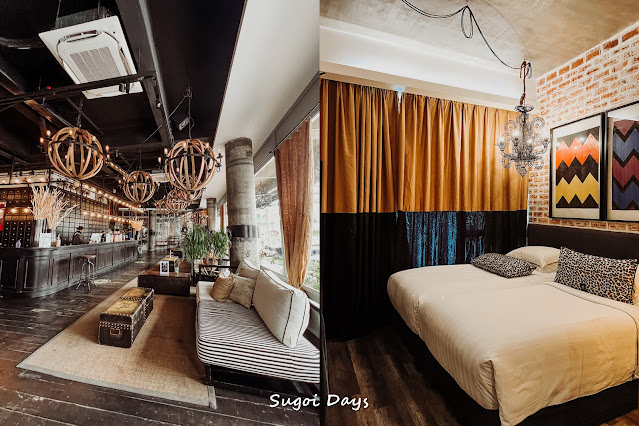 There are a lot of reasons to pick this hotel but the complimentary parking and Instagrammable interior were contributing factors. It was also only a 5 mins drive most of the main food places and attractions in the city. It was only RM160 per night for two pax (without breakfast). Next door to it is probably one of the most retro Old Town White coffee outlet I've ever seen.
6pm - Ipoh Tuck Kee Restaurant 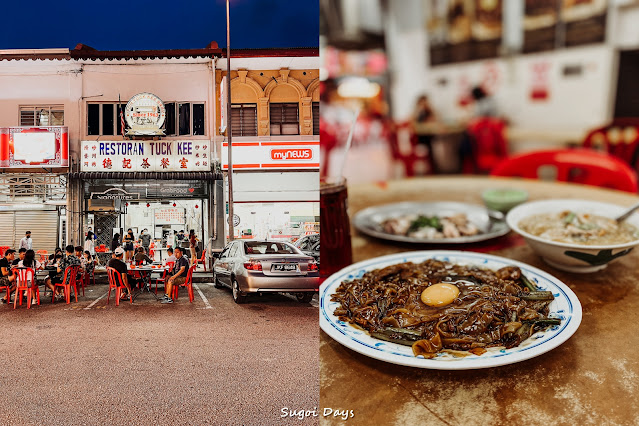 After resting up a bit, we headed out for Tuck Kee's famous moonlight kuey teow which turned out to be surprisingly good. Plus the baby octopus on the side and fish noodles, it was a satisfying dinner. I could understand the hype for it and there were queues on weekends.
8pm - Hunting for drinking holes
We drove around Ipoh for a bit looking for bespoke bars based on Google only to find that some of them were closed midweek (and didn't update their google info) and some had closed down during lockdown (and didn't update their google info). The one bar that was opened required reservations in advance so....
9pm - Fujiwara Tofu Shop 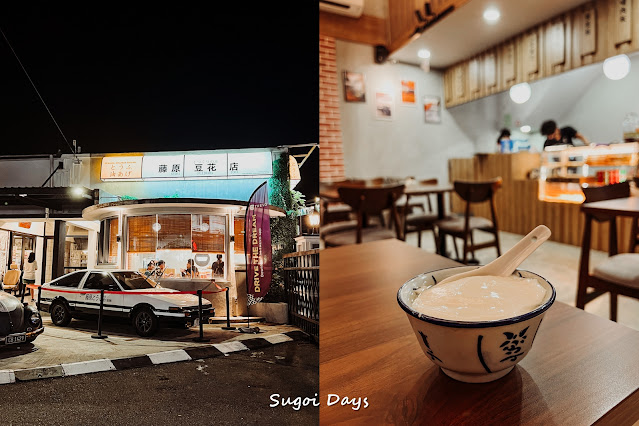 ...we decided to go for taufufa instead at the Initial D-themed shop at Palo 101. At the storefront is a real and working AE86, the iconic car of the anime series. If you've watched the anime or even the Jay Chou movie then you would understand the connection of Tofu to this car. The taufufa was very good too with the right amount of sweetness and silkiness to close off the night.
Day 2
8am - Bercham Great Wall 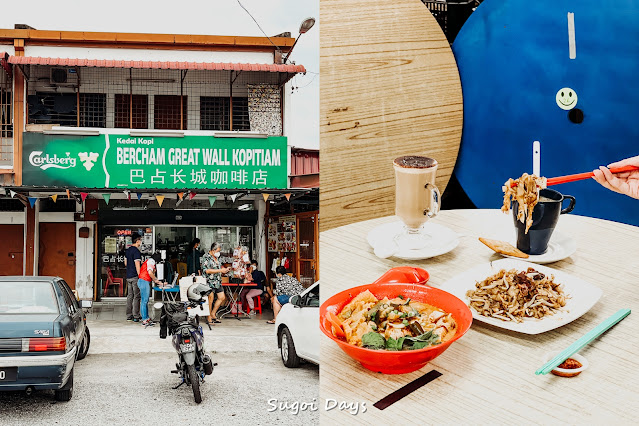 This was easily the new discovery highlight of this trip. Imagine paying only kopitiam prices for your cafe-quality coffee. Imagine paying only RM9 for a hot cup of Kahlua coffee! It was so good! The CKT was also pretty good at only RM7 for a plate with a generous amount of plump fat siham.
9am - Enlightened Heart Buddhist Temple 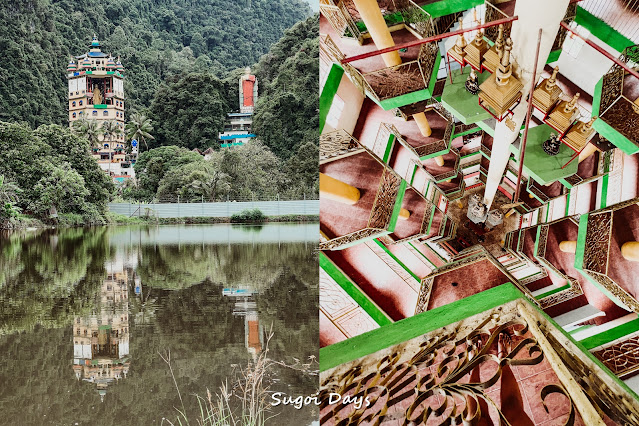 We had to visit this temple after seeing it on @Heartpatrick's IG and what a great find that was. It's home to the largest Buddhist statue in Ipoh as well as more than 200 statues on display in the temple. I would recommend spending an hour here to just explore the area.
11am - Nasi Ganja at Yong Suan 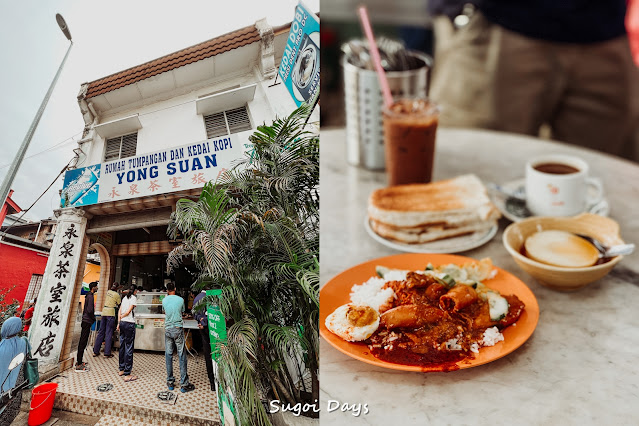 Out of curiosity, we just had to try the infamous Nasi Ganja at Yong Suan Coffee Shop after checking out of the hotel. Evidently, the place had its loyal following of patrons. There was a queue forming outside when we got there for takeaway and by the time we left, a queue had formed for dine in as well. The nasi ganja was, to be honest, okay. It was decent, reasonable and worth a try once just to sate my curiosity.
12pm - Salted Chicken & Kaya Puff 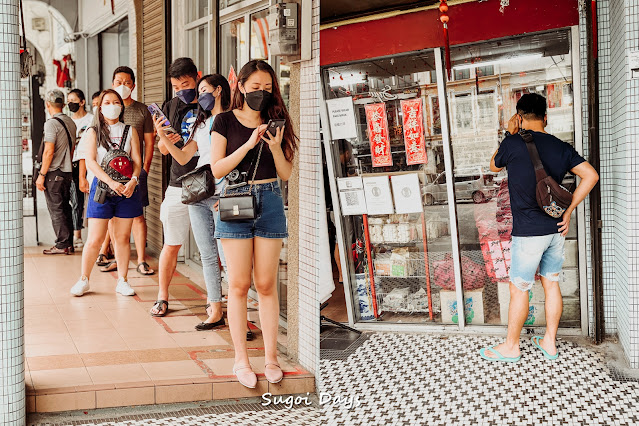 Before we departed from the city, we had to make a stop for the local salted chicken from Aun Kheng Lim. The frozen chicken were already sold out when we got there and we had little choice but to settle for the fresh prepacked chicken to bring home. It was still good though after heating up in the microwave oven.
And of course, joining the queue at Sin Eng Heong shop for their kaya puffs and biscuits are a must do activity for visitors to Ipoh. Opening in 1961, Sin Eng Heong is one of the oldest biscuits shops in the city to have survived the pandemic. Their kaya puffs sells out like hot cakes and people are always willing to wait for the next batch.
1pm - Ipoh Mirror Lake 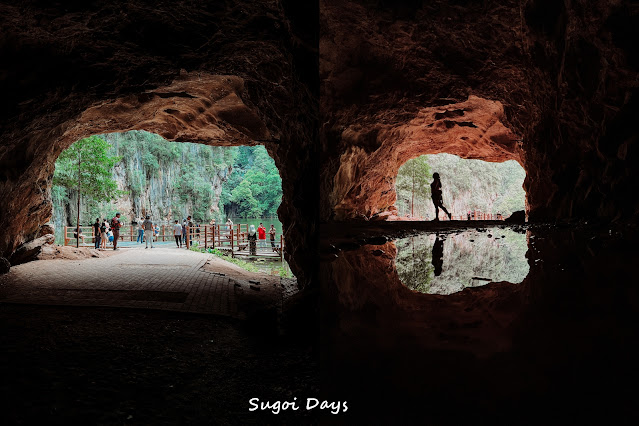 Mirror Lake or Tasik Cermin is tucked deep within a former quarry surrounded by limestone hills. Located at Gunung Rapat, Tasik Cermin is a 20-minute drive from Ipoh town and was listed as a Geopark treasure. It used to be a quarry but operations have since ceased creating a hidden gem to discover. It cost RM5 to drive up to the tunnel that leads to the lake. After exiting the tunnel, you will be in for a pleasant treat that is Mirror Lake. 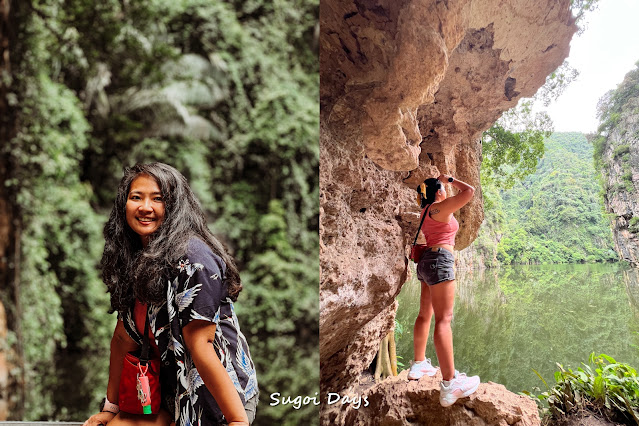 2pm - Return to KL
We made a pitstop at Tapah to grab coffee from Starbucks before heading on. The drive took us almost 3 hours as there was a build up of traffic on Thursday afternoon due to road maintenance. But all things considered, it was a reasonable timing to get back home by.
Who would have thought that Ipoh has so much to offer besides just food. I hope this itinerary can serve as a guideline to what you can see and do in this getaway to Perak in one day besides just eating.
Posted by Tania at 11:09 PM