The 7 Bucketlist Experience around Australia

There is nowhere else on earth quite like Australia. A continent and a country rolled into one, Australia is home to unique wildlife not found anywhere else in the world, world-class cuisine, stunning landscapes and friendly locals. And so many things to do and see that is completely worthy of its own bucketlist for any traveller - new or experienced. 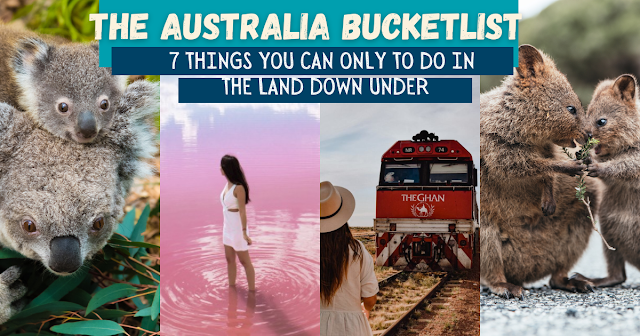 Here is my top 7 bucketlist of things and experiences to do when traveling to Australia and where you can do them.
1. Hug a Koala Bear
Where: Queensland, South Australia and Western Australia 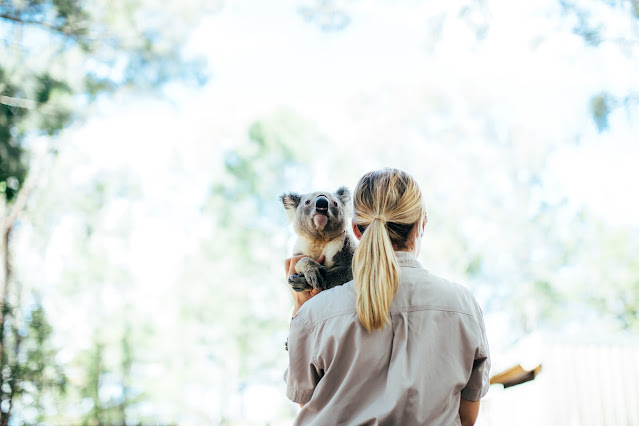 Credit: Tourism and Events Queensland
While you can certainly visit koalas in most zoos in Australia, if you want to hug or cradle one of these fascinating creatures, you’ll have to visit either Queensland, South Australia or Western Australia. These are the only three states in the country where visitors are allowed to get up close and personal with koalas.
Queensland, in particular, is often known as Australia’s koala-cuddling capital. It is home to Lone Pine Koala Sanctuary, the world’s first (and largest) koala sanctuary. In South Australia, you can visit Kangaroo Island Wildlife Park for an intimate encounter with the koalas that call the place home. Meanwhile, Cohunu Koala Park in Western Australia is just a 30-minute drive from Perth. There, you’ll find free-roaming koalas that you can interact with, along with emus, wallabies, and more rustic wildlife.

Fun fact: Koala at these sanctuaries are only allowed to work aka interact with humans for a total of 30 minutes a day by law! Credit: Bridge Climb
Climb to the top of one of the two most iconic landmarks of Australia - the Sydney Harbour Bridge. It is an amazing feeling to stand at the top and see the amazing views across iconic Sydney Harbour.

You need to pre-book your ticket for the climb well in advance as it is a very popular activity. All climbs start in The Rocks, which is on the southern side of the Sydney Harbour Bridge. Climbing options include dawn, day, twilight and nighttime climbs - each offering different sights of the city in different lights. Credit: Discover Tasmania
Reaching the Cradle Mountain Summit in Tasmania is an epic adventure to tick off your Australia bucket list. The strenuous 8 hike starts at Dove Lake in the Cradle Mountain-Lake St Clair National Park. With a route that circles the iconic lake, nothing beats the spectacular views from the summit, which sits at 1,454m tall.

The last stretch will see you crouching on all fours, scaling massive boulders, and squeezing between small spaces. But those brave enough to take on this challenging hike will be rewarded with panoramic views of charming lakes, jagged peaks and rolling hills in the distance. While the entire route is well marked and relatively easy to follow, this summit climb is only best attempted by experienced hikers. You’ll need to start early in the morning to allow enough time to return before dark and make sure you pack snacks and water to keep you going throughout the day.

4. Selfie with a Quokka
Where: Rottnest Island, Perth 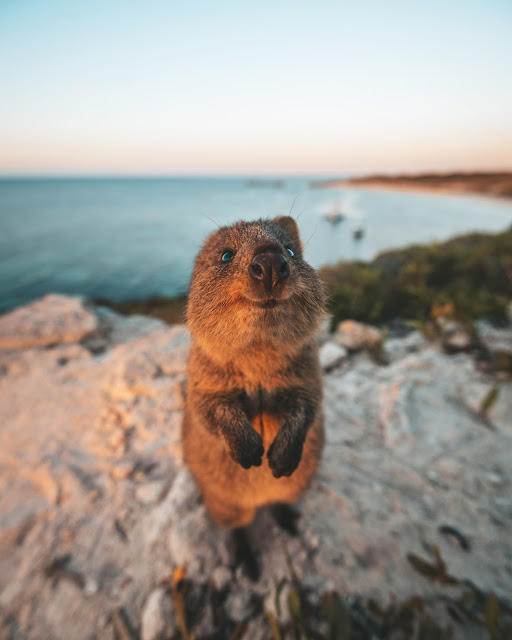 Credit: Tourism Western Australia
Taking a selfie with a quokka is a must-do when visiting Western Australia. Rottnest Island is located about 20 kilometres off the coast of Perth, easily accessible from Perth or Fremantle and is famous for its resident, the quokka.

Quokkas are a small native marsupial with the cutest smile! Whilst you can find quokkas in a few other places in the southwest of Australia, Rottnest Island is the only place you will find them in large numbers. The “quokka selfie” has gone viral globally thanks in part to pictures posted online by celebrities visiting the island like Chris Hemsworth and Roger Federer!

5. Hop on an iconic river cruise in Kimberley
Where: Kimberley, Western Australia
The Kimberley region, lying in the northwestern point of Australia, is one of the oldest and largest (almost three times larger than England) wilderness landscapes in the world. Covering an area spanning hundreds of thousands of square kilometres, the Kimberley is home to diverse wildlife and plenty of natural wonders waiting to be discovered. Credit: Ponant
For an even more memorable experience, why not discover the magic of The Kimberley from aboard a luxury cruise with Ponant? Spanning 11 days, this amazing cruise sets sail from Broome and drops anchor at Darwin. As you sail along the northwestern coast of Australia, you’ll be able to admire the stunning gorges, mountain ranges, and pristine wildlands of the Kimberley.

You could also hop aboard a helicopter to Mitchell Falls from Hunter River and, if you’re lucky, catch the tidal phenomena known as the Horizontal Falls during your voyage!

6. Driving alongside a pink lake
Where: Western Australia
Picture a lake of the brightest bubblegum-pink sitting beside the deepest blue ocean. Australia is home to several pink lakes in fact BUT Lake Hillier is the one that offers extraordinary sights you'll see flying or cruising through the pristine wilderness of the Recherche Archipelago. Credit: Misterweekender
The lake is separated from the Southern Ocean by just a thin strip of sand and it's widely believed that the water's permanent strawberry milkshake colour is due to the extremely high level of salinity. Measuring just 600 metres wide and shaped like a footprint, this relatively small feature has a huge impact when viewed from a scenic flight or cruise, and the untouched islands of the Recherche Archipelago create a stunning backdrop, rich in marine life.

7. Journey through the centre of Australia on The Ghan Train
Where: South Australia, Northern Territories 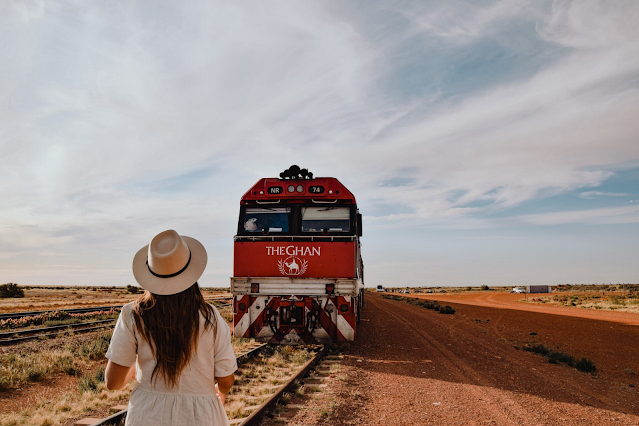 Credit: Explore Shaw
The Ghan is a famous Australian rail journey that operates between Adelaide, Alice Springs and Darwin. Spanning 2,979km, the journey takes 48 hours to complete and is a legendary rail service that has been operating since 1878. Originally known as the Afghan Express, The Ghan takes its name from the 19th century Afghan camel drivers who arrived in Australia and helped to explore the country's remote interior.

The Ghan is now a popular tourist attraction with international visitors and Australian's alike, with many people counting it as one of their must see wonders in their lifetime. Still operational, The Ghan is popular way to travel the continent of Australia between popular holiday destinations such as Adelaide and the Top End and allows passengers to see the amazing changing Australian landscape in a span of two days! 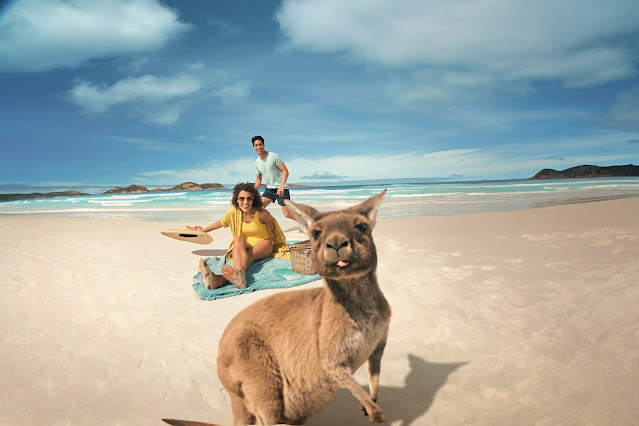 And there you have it - a bucketlist unlike any other. Some can be done in one trip while others can be a trip of their own. That's the beauty of Australia, each destinations, attraction and even mode of transportation offers a different experience altogether. Of course, there are so much more you can add to your Australia bucketlist like drinking your weight in coffee in Melbourne and hanging out with kangaroos on the beach in Victoria or Western Australia and more!
Have I gotten you excited and intrigued? Rearing to go but not sure where to start? You can click through my many many blog write ups on Sydney, Melbourne and Perth for research or just get in touch with Sedunia Travel, Malaysia's Premier Aussie Specialist travel agency.
They have a wide spread of ready-to-go packages to Australia covering all the major cities and beyond for those looking for an off-the-beaten path experience. Want to customise and add on to your experience? No problem! Sedunia Travel can do it for you! Need flights to Australia, they got you covered.
Get in touch with them today at contact@sedunia.com.my!
Posted by Tania at 11:53 AM