So I was in Singapore recently for a work thing and since it spilled into a weekend, I decided to extend my trip by an extra day so that I could explore more of Singapore. 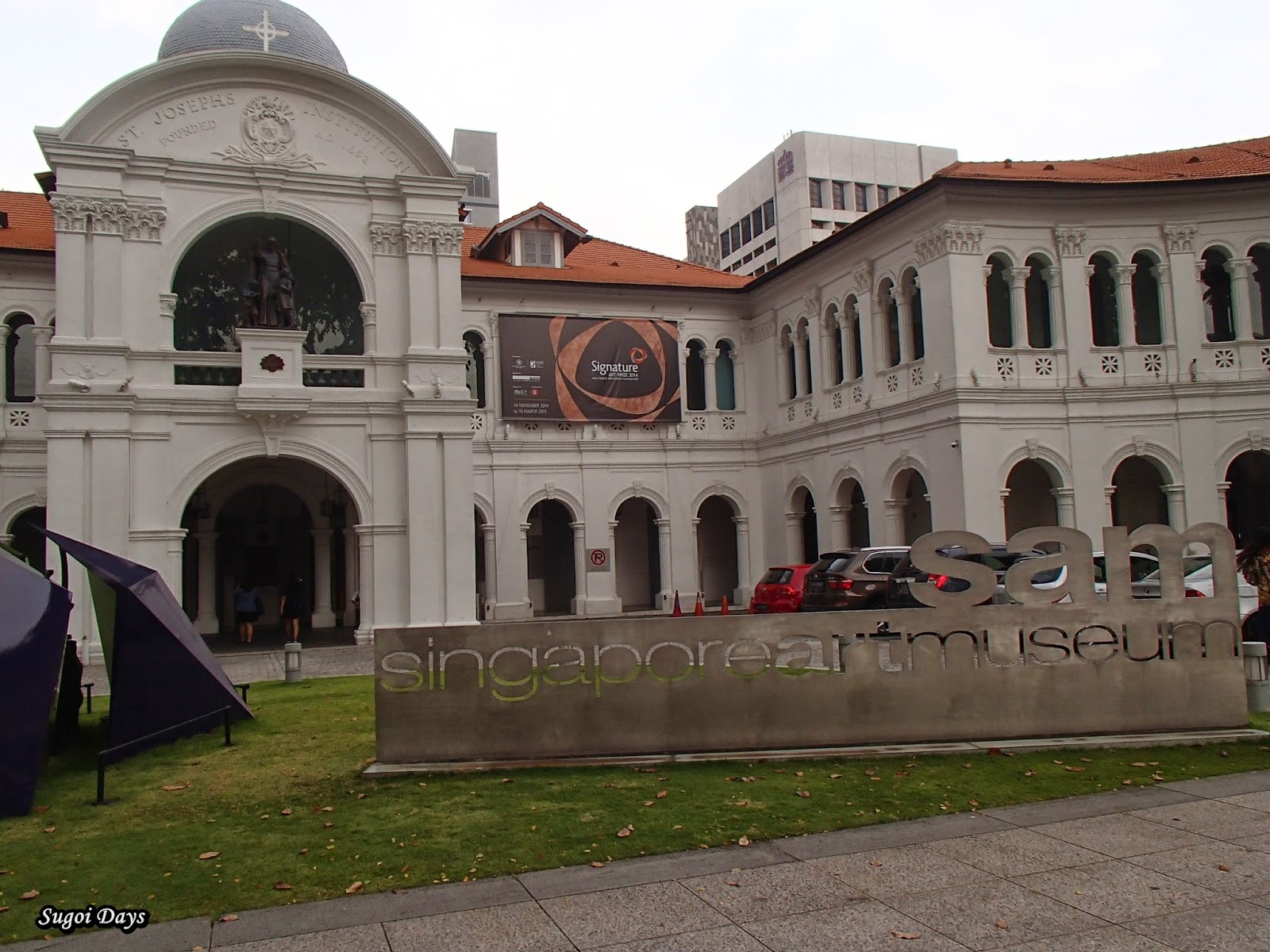 One would think that Singapore is too pricy and much too similar to Malaysia to be any more fun. Well, yes and no. Yes, it is rather pricey especially to visit its main attractions like Universal Studios. And no because there are tons of things to see and do whilst on a budget and all within 24 hours.

9am - a lazy morning exploring the eateries in front and around Ibis Novena, my hotel for the first night. Unlike Malaysia where coffee shops and mamaks are plentiful, the area was sparsely and lacking in food choices. 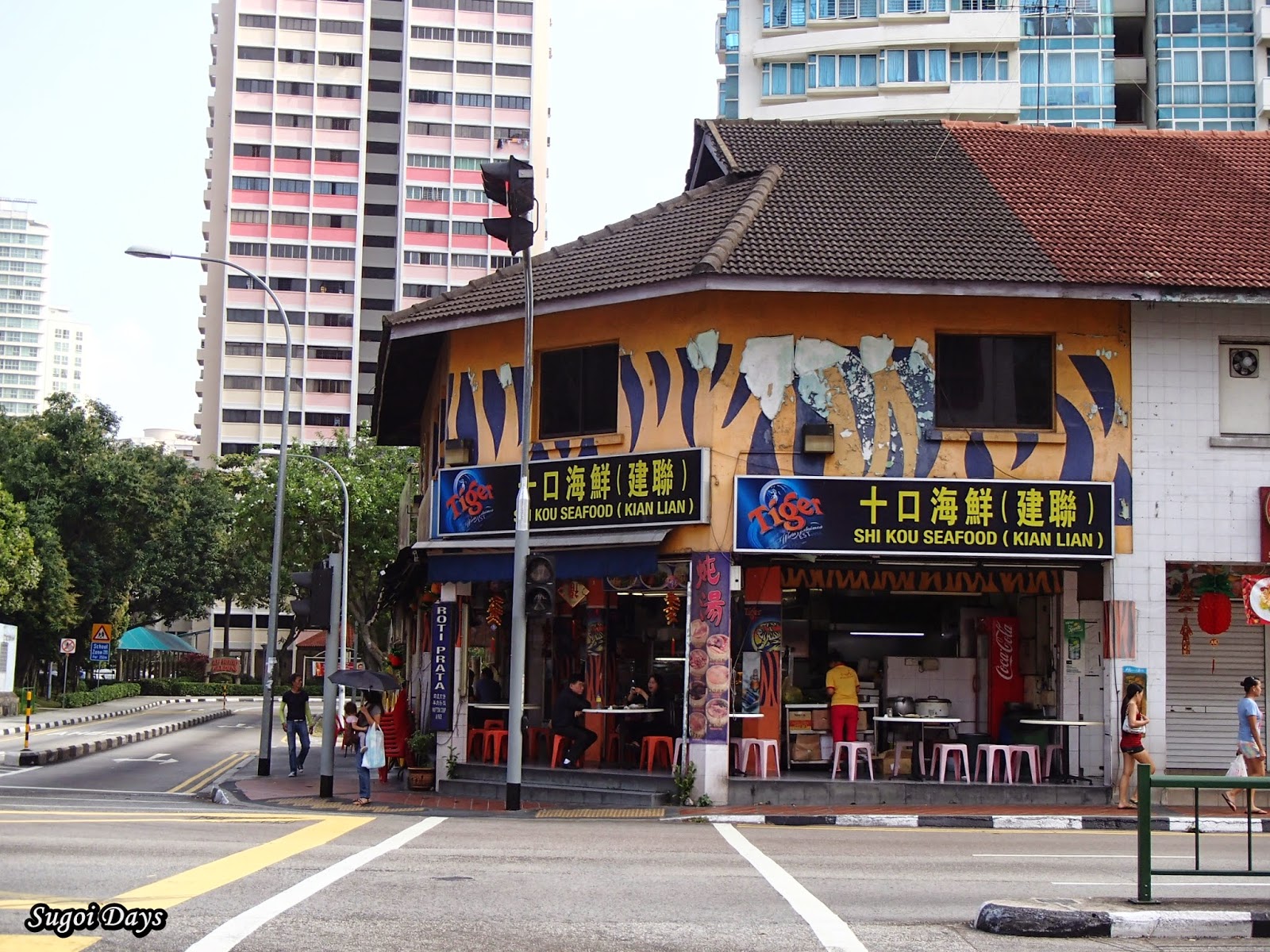 Until we stumbled across a kopitiam offering mixed rice, roti prata (roti canai), pau and laksa. Roti prata with egg and cheese immediately grabbed my attention and I was curious to see how it faired against the Malaysian version. At S$2.20, it came served on a waxed paper with curry. 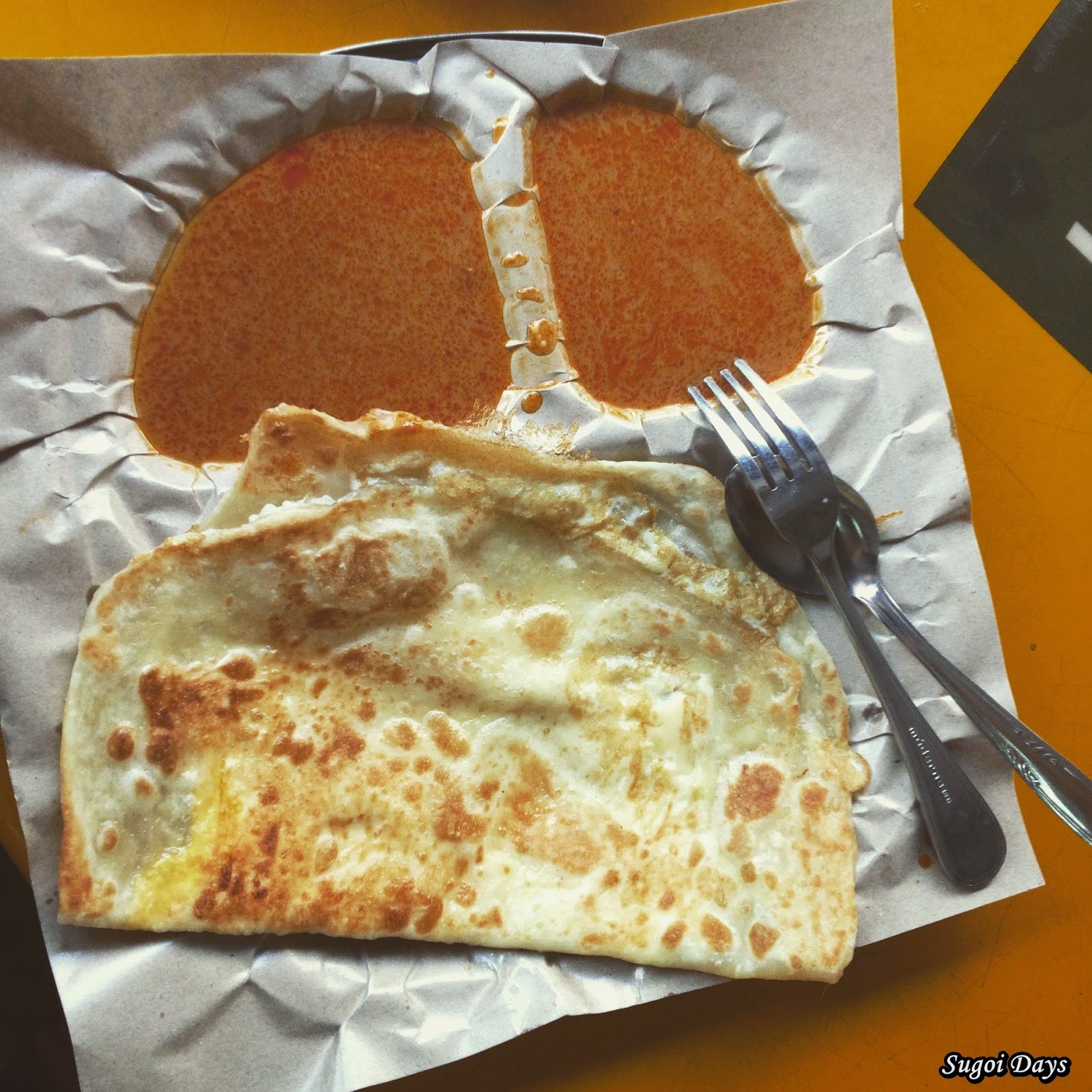 Well, let's just say it won me over due to its crispness and the generous serving of melting cheese inside. I nearly finished it, leaving only the plain roti parts. I think my favour were the crispy cheesy corners. The curry was a class of its own with plenty of flavours and spiciness minus the layer of oil on top. Two thumbs up to the Indian auntie managing that stall.

1030am - The rest of the morning was spent lounging in the hotel room simply surfing the net before our checkout. My friend and I decided to visit the Singapore Night Safari that night and found that if we booked online it was cheaper by 10%.

So we did. Using the hotel's complimentary wifi.

12noon - we checked out of Ibis Novena and took a three-minute cab ride to Novena MRT station aka Velocity Mall aka Sporting Goods Heaven. Heck, there was even a basketball court outside the mall, like how cool is that!?

If you are really aware of the sporting good prices in Malaysia, then you would know that there are some stuff like shoes that you can get at a cheaper price in Singapore, more so at Velocity Mall. An hour and a half in the place and I left with two pairs of workout shorts and a knee band for under S$100.

130pm - Rode the MRT to Somerset station (two stops away) and alighted in the middle of Orchard road to make our way to Cold Stone Creamery. I opted for something different this time other than my usual Blond Strawberry and ordered the Apple Pie A La Cold Stone. In short, it was like a deconstructed apple pie with ice-cream. 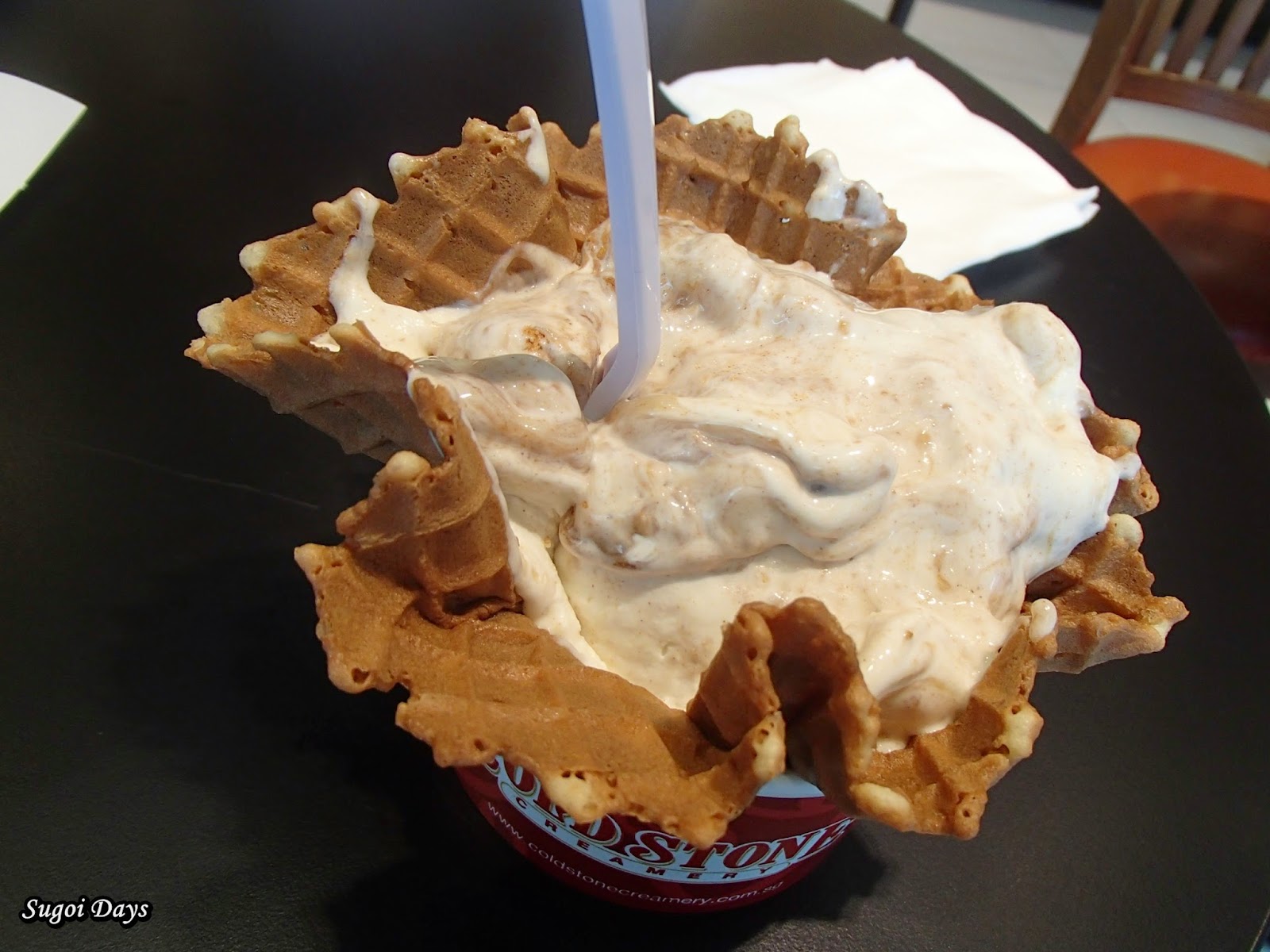 230pm - Took slow walk along Orchard Road to our next hotel in Bugis area on Bencoolen Street. We got distracted by a 7-Eleven along the way. Figures. If you're really observant, Singapore really was a city of architecture, both modern and traditional in a subtle way and I never realized how interested I was until I took to the streets. 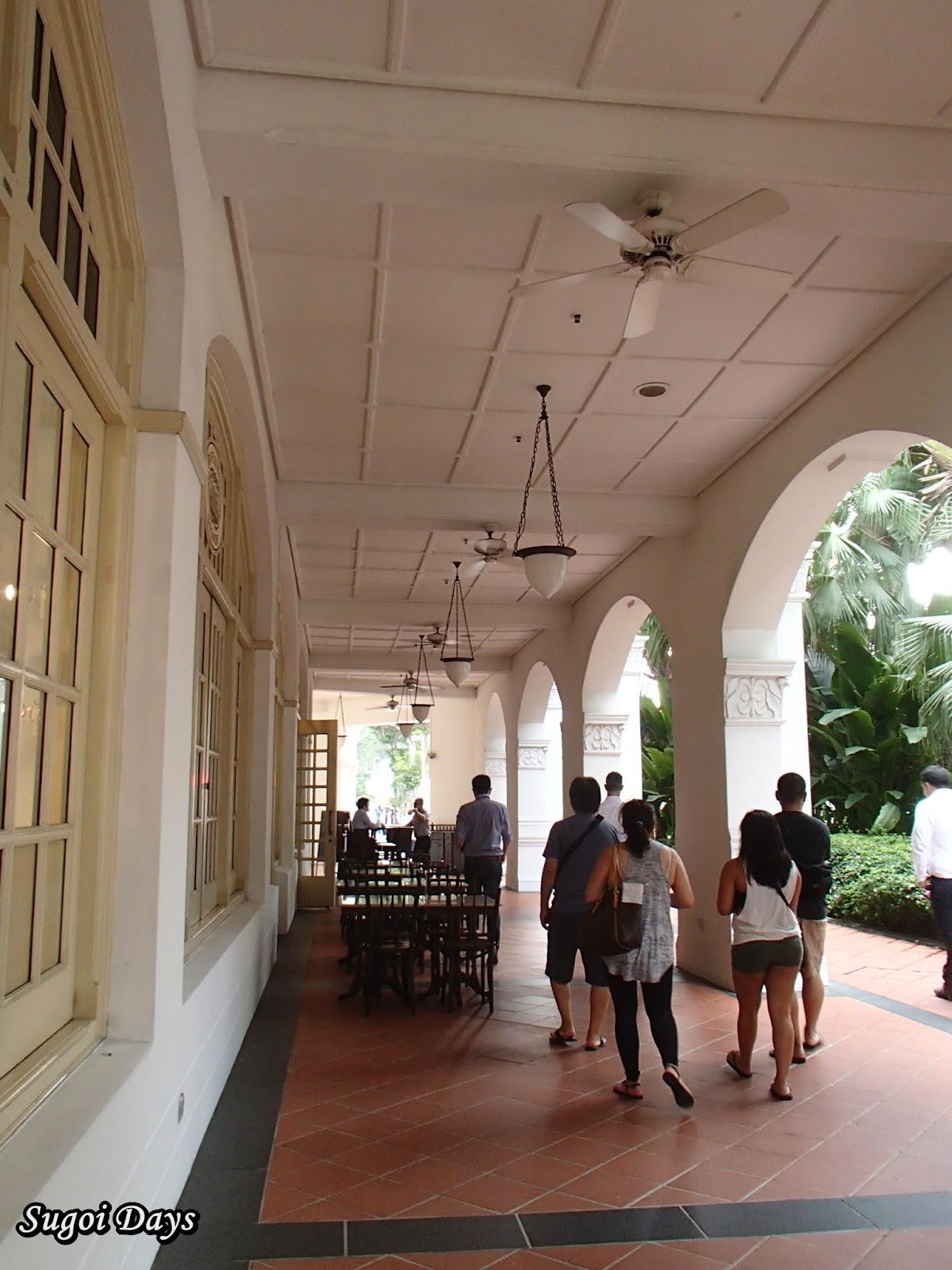 3pm - Check-in at V Hotel Bencoolen. Got lost a bit because of the new MRT station construction. But I can imagine in two years, that hotel would be at prime location because of that station. 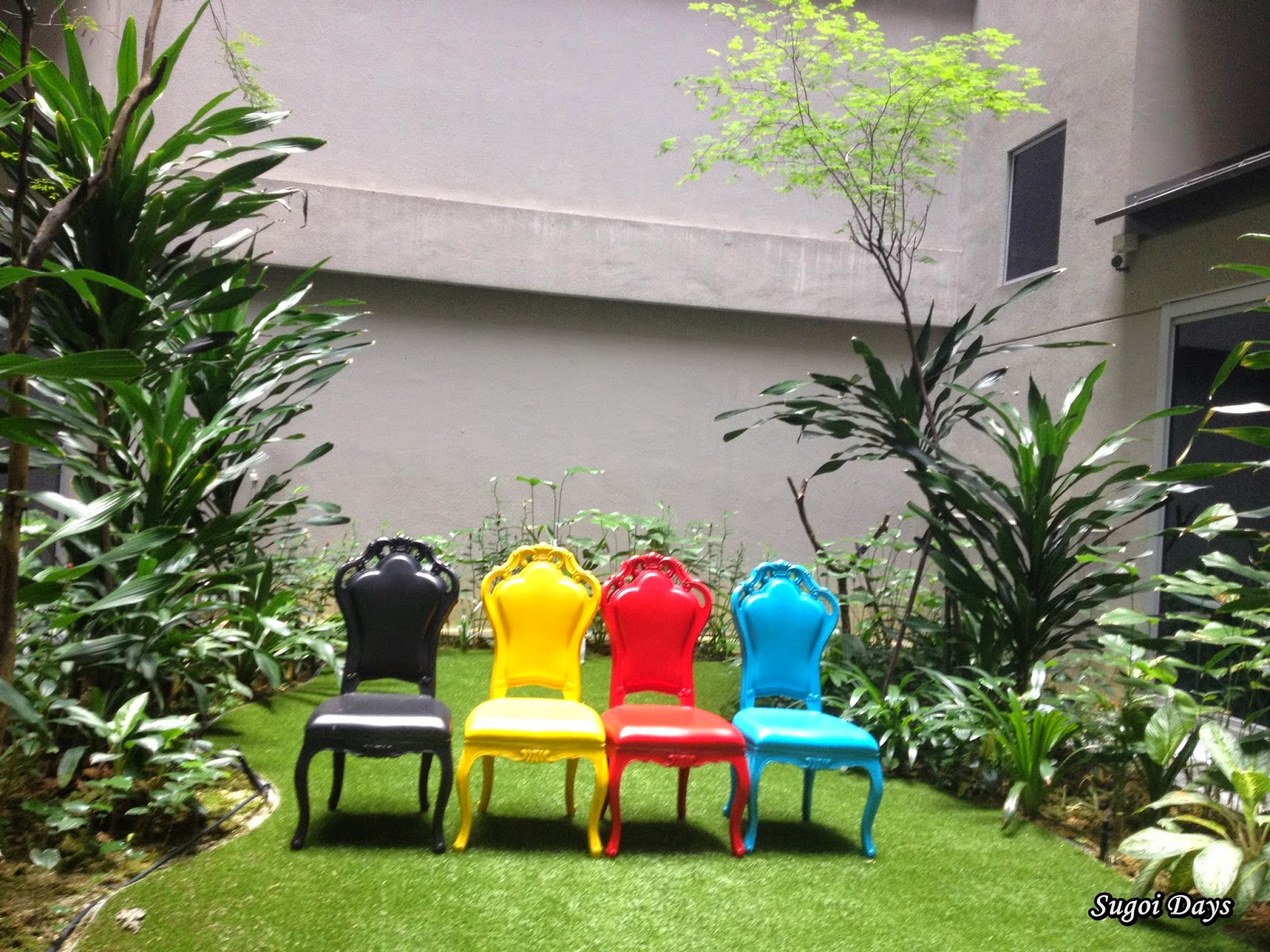 430pm - Explored the streets once more on the way to Singapore's new opened Cat Museum. 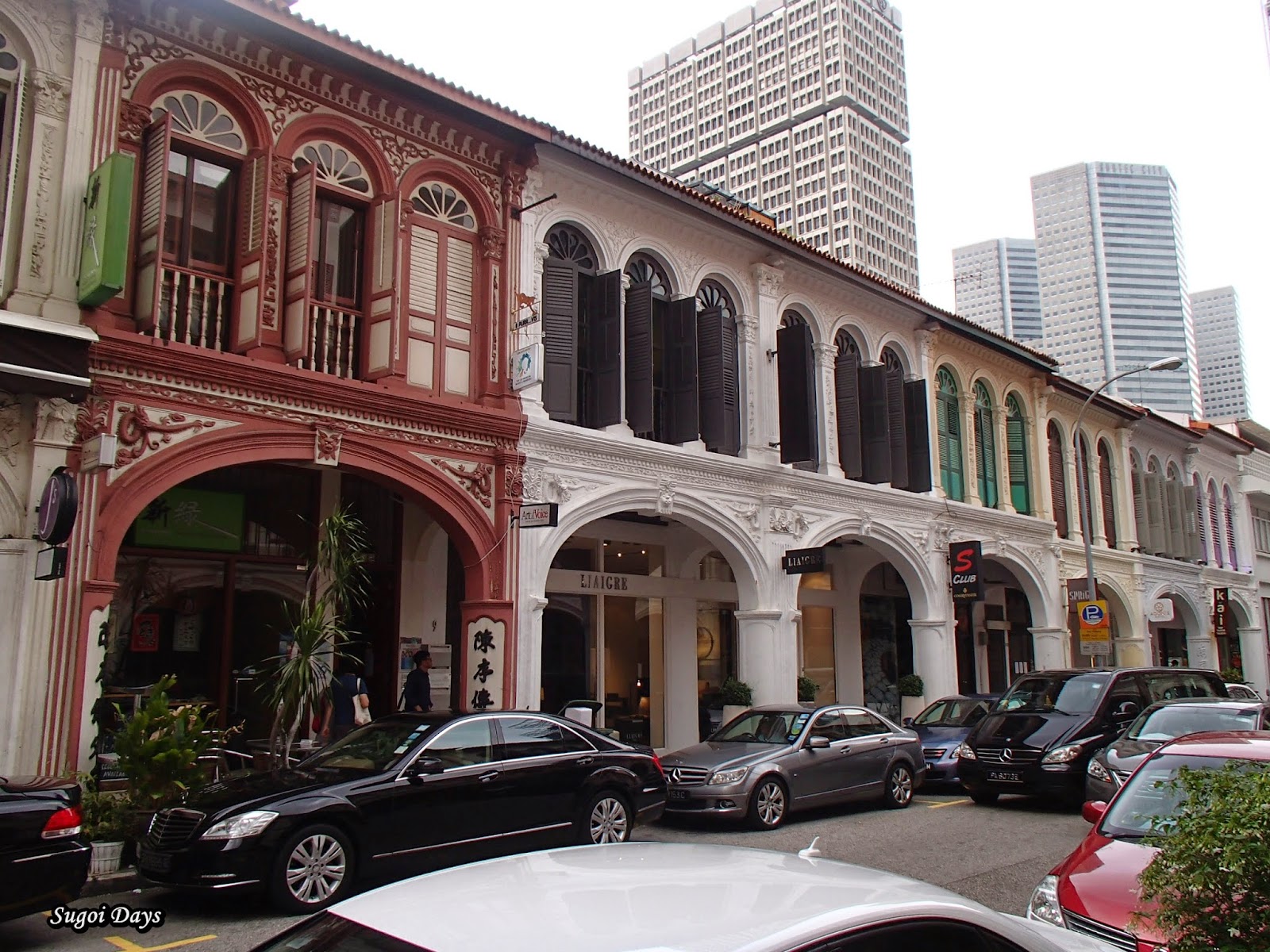 5pm - Found Singapore's first Cat Museum on Purvis Street! Spotting it was a bit hard from the street as its entrance was on the first floor, not ground floor. At only S$9, it was kitty-therapy for me. It so happened that a heterochromia cat had arrived a few days earlier with her two-weeks old kittens and the little family was gorgeous. 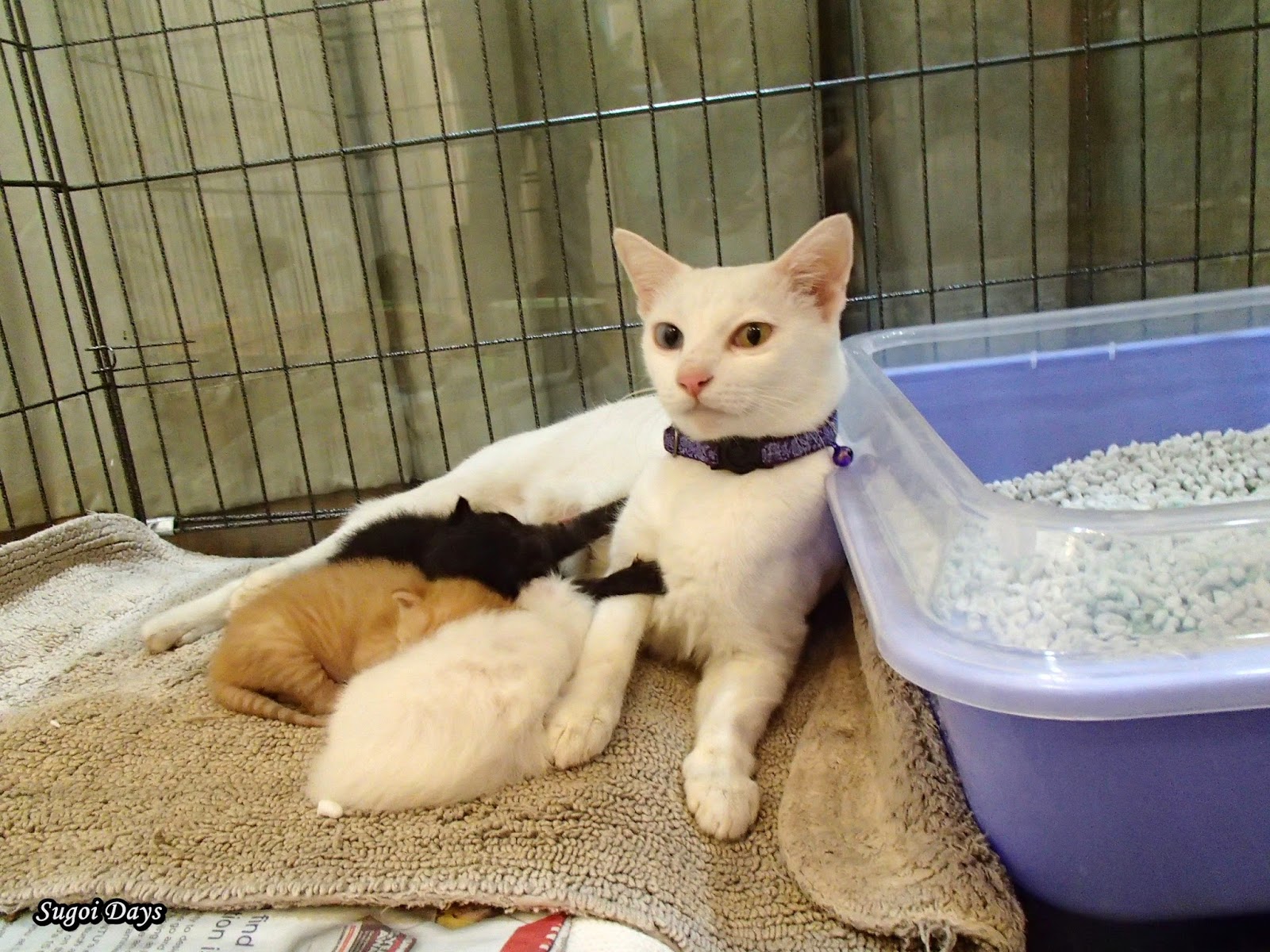 The museum's objective was to educate people on why they should adopt, not buy cats as well as allow people to interact with the different unique personalities of the resident felines and kitties up for adoption at the museum. Be sure to look out for Harry, their iconic cross-eyed sweetheart cat. 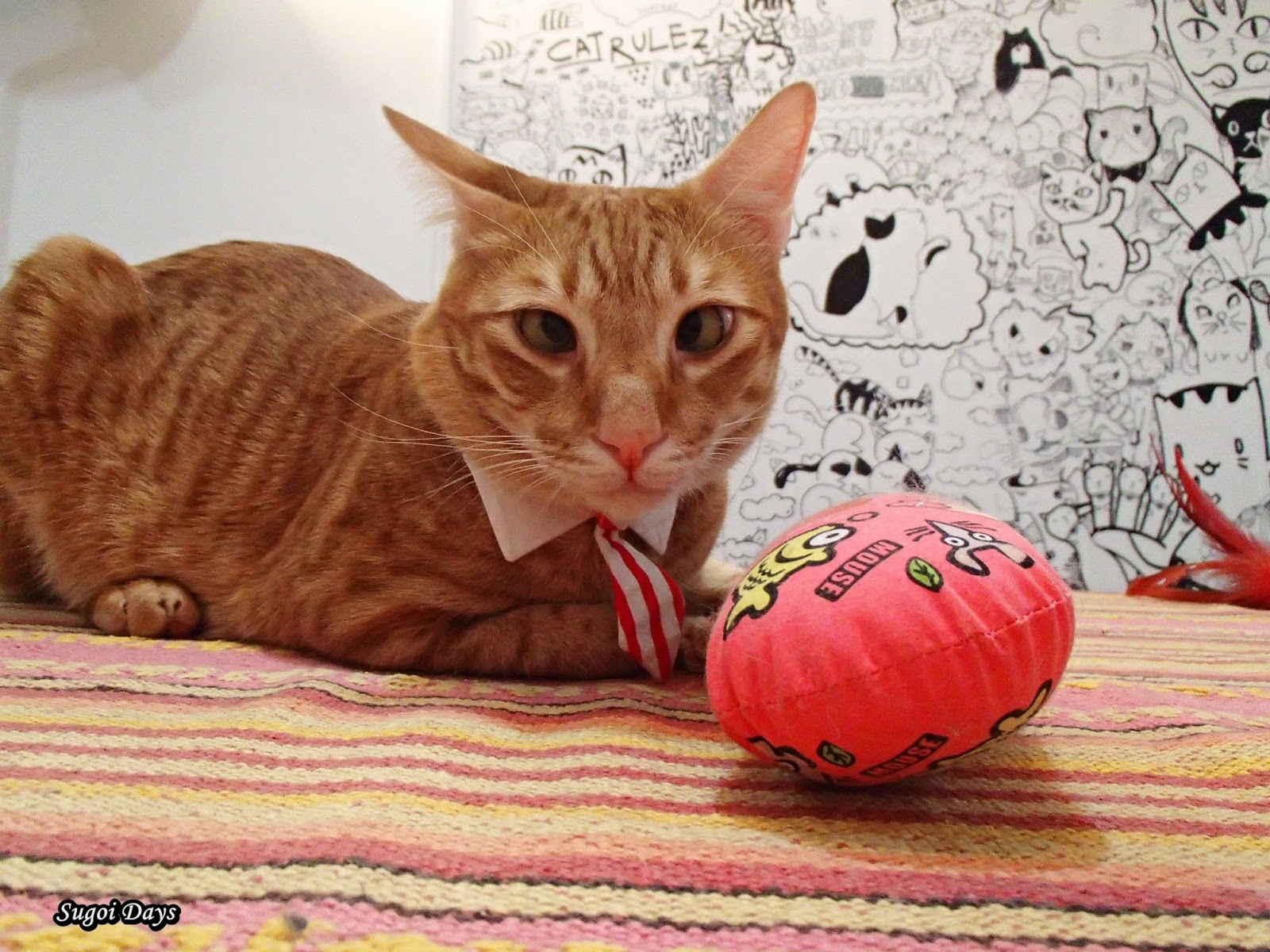 As someone who owns five cats and four dogs, I completely agree with their approach to educating people and even if you're not planning on adopting, the place is well worth the visit just to spend time with the cats themselves. Also, all entrance fees, donations and art work purchases goes to helping the museum feed their furkids. The museum is also non-profit organization working in partnership with Cat Welfare Society to help rehome cats in need. 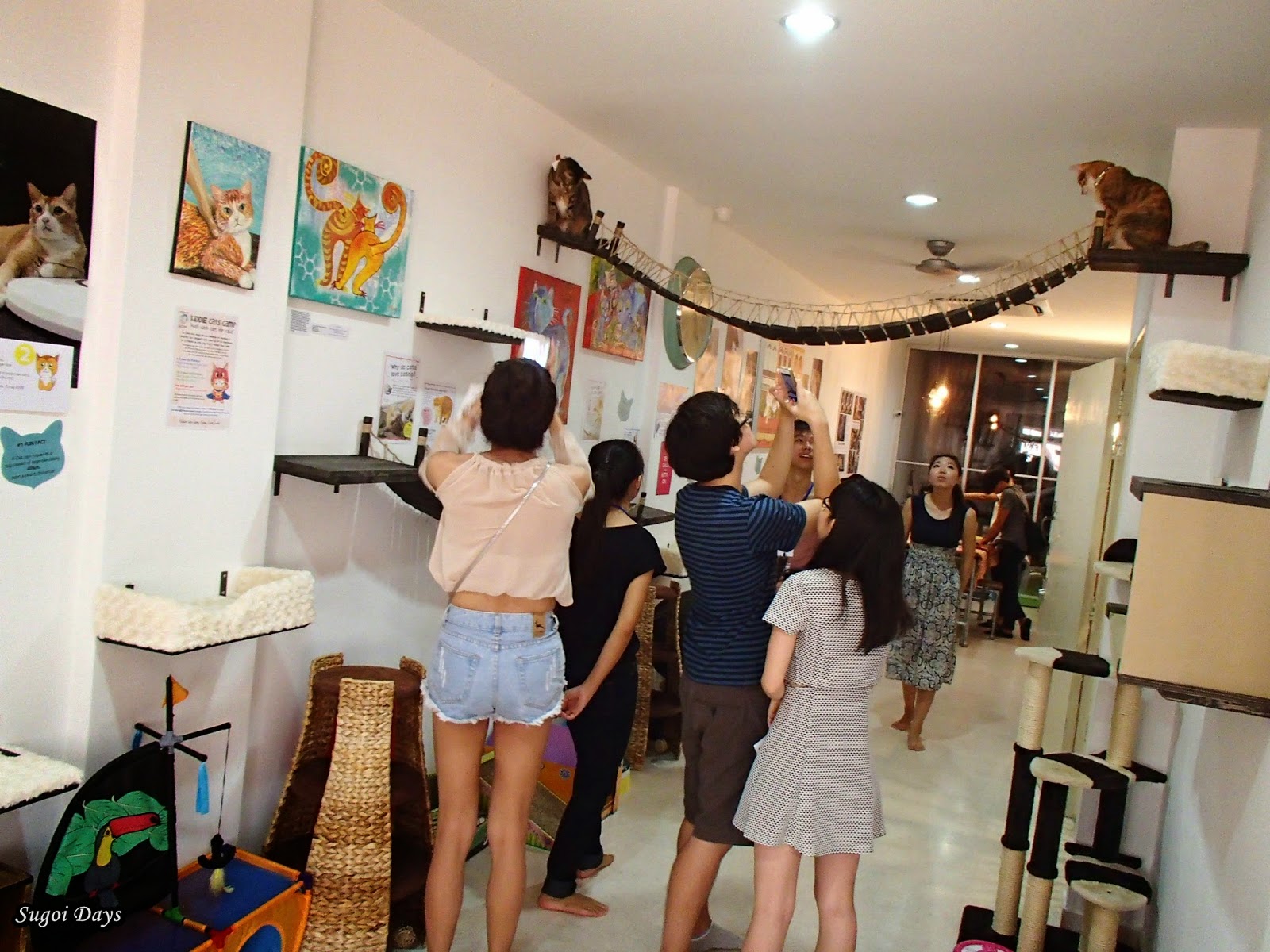 I wouldn't mind revisiting the Cat Museum the next time I am in Singapore.

6pm - Head back to hotel to refresh up before we head out for dinner and the Night Safari. We had a quick stop at the 24hours Kopitiam near the hotel which is actually a food court to grab dinner. I expected the usual Asian affair but spinach noodles at the duck stall immediately captured my attention. 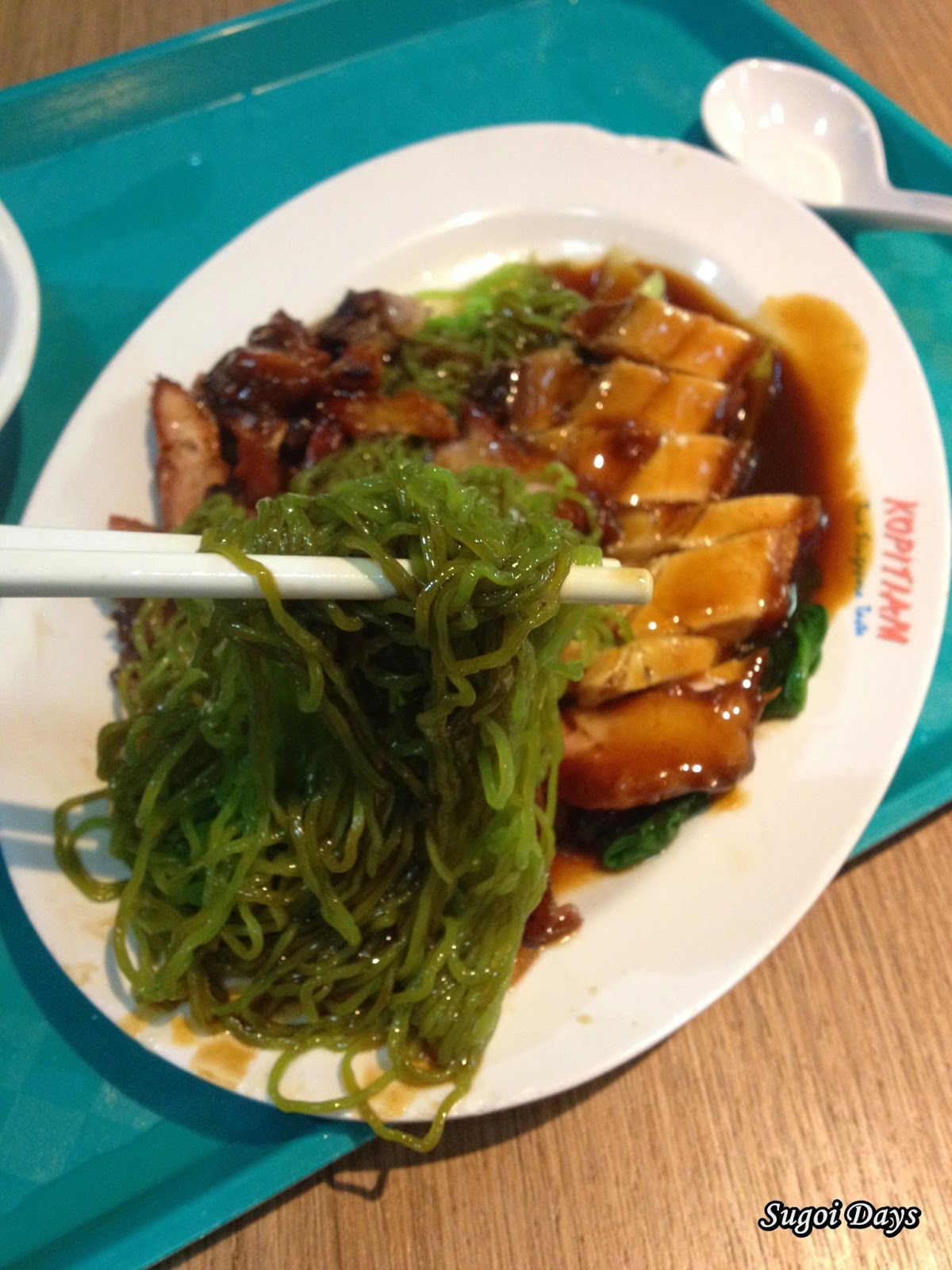 The verdict? It tasted exactly like the usual pulled noodle....only that it's green. I suppose I did convince myself I was eating my veges...in carb form alongside roasted pork....

830pm - After hopping from the MRT to a cab, we finally arrived at Singapore's Night Safari. As expected on a Friday night, it was crowded with school groups and families but surprisingly, once inside, it was hush-hush and silent as the night save for a few grunts from the lions. There were a few feeding sessions for the lions and tigers that night and we wanted to catch one, knowing that the felines were only active at that time. 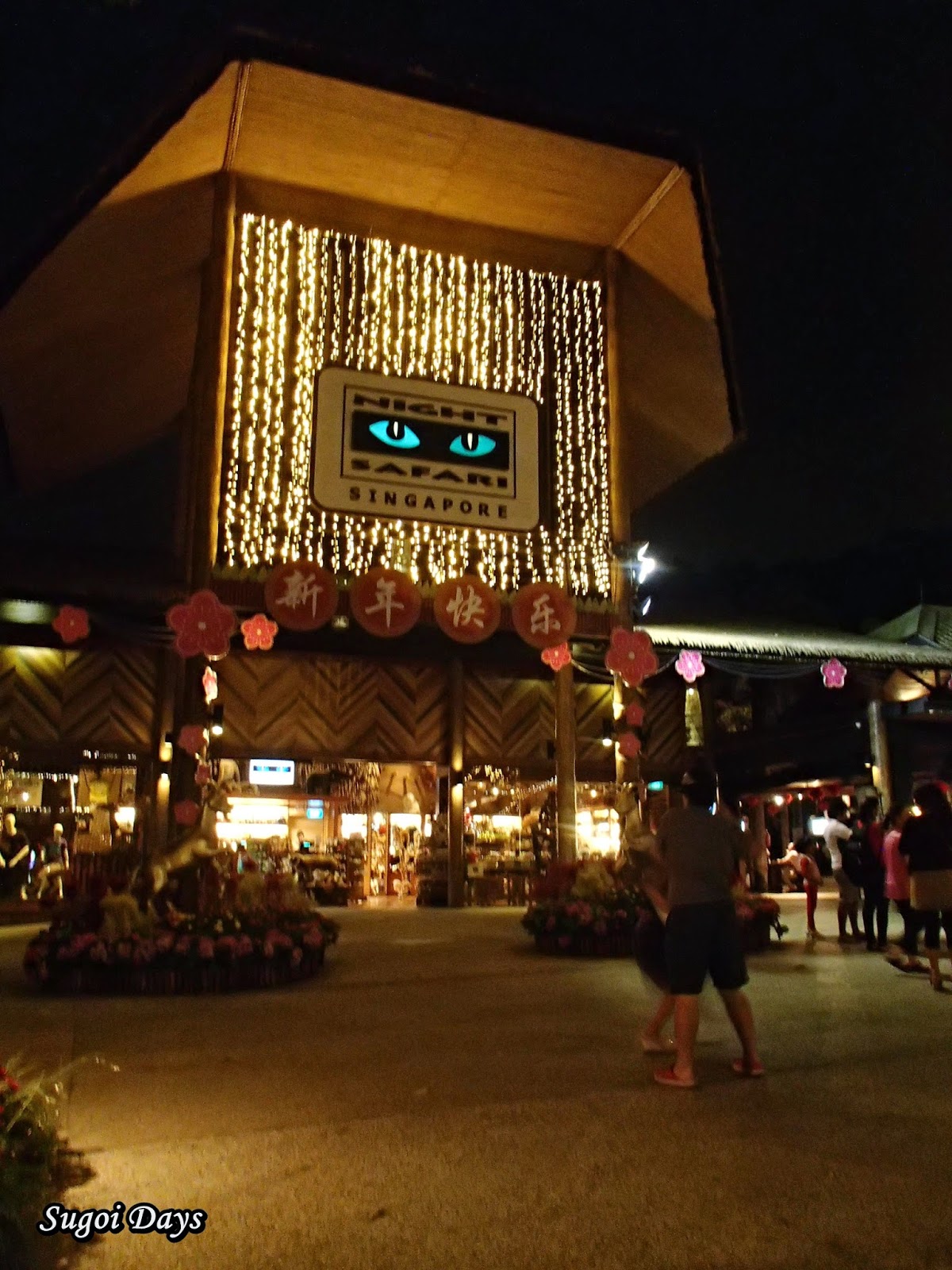 So we hopped on-board the silent tram car that goes though the park and caught the lions just in time to see them chasing down meat thrown into the enclosure. It was pretty cool, we even saw a few cubs. Tiger feeding was next but we could only see it on trail so we hopped off the tram and hurried to the tiger enclosure. Unfortunately we only saw glimpse of the striped cat as the viewing point was crowded with people refusing to budge. 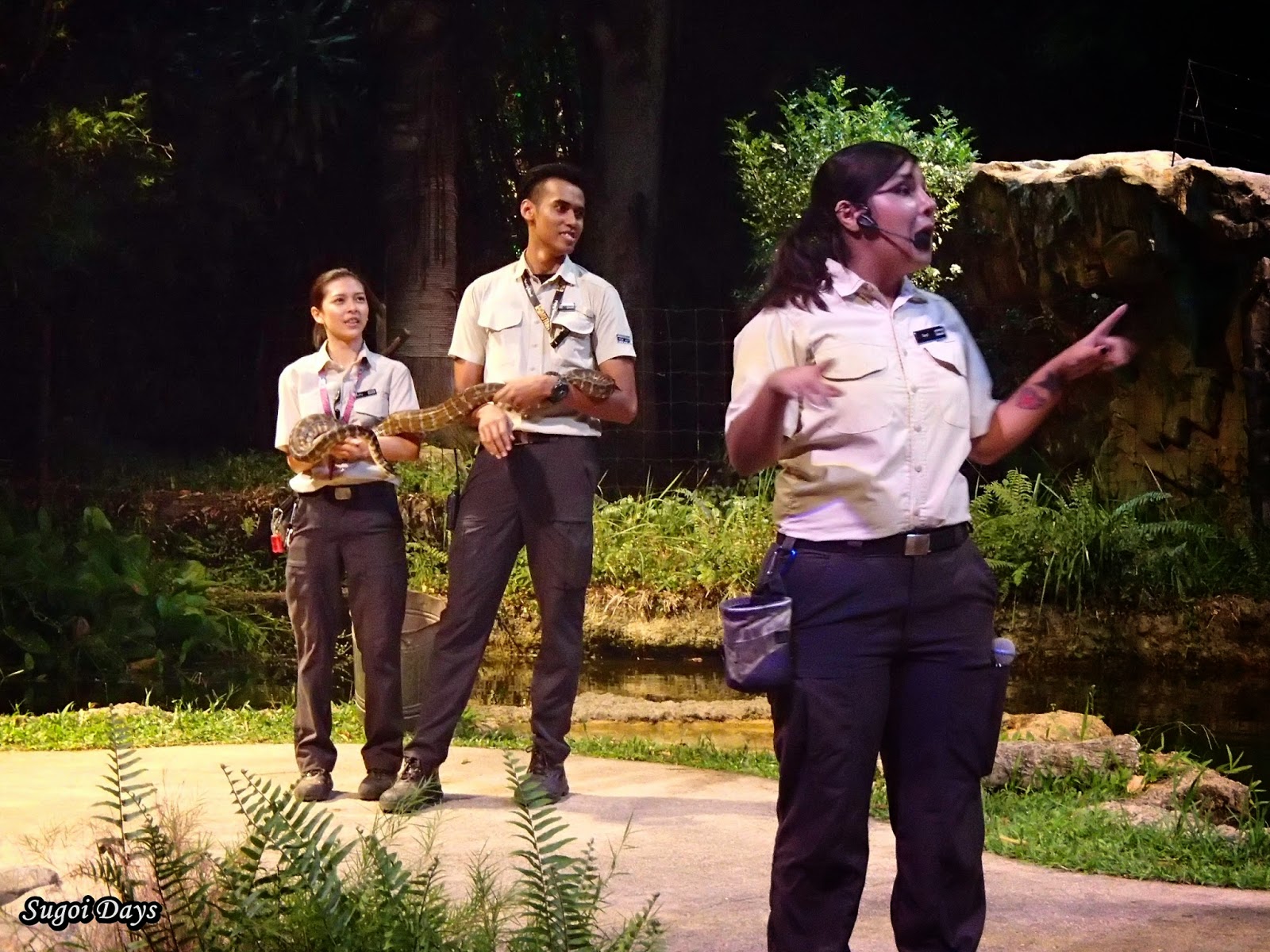 The rest of the night was just spent walking through the trails and catching the tram ride again for the whole ride. We also caught the animal show before leaving. All in all, not bad. However if you're there for pictures, be sorely disappointed. 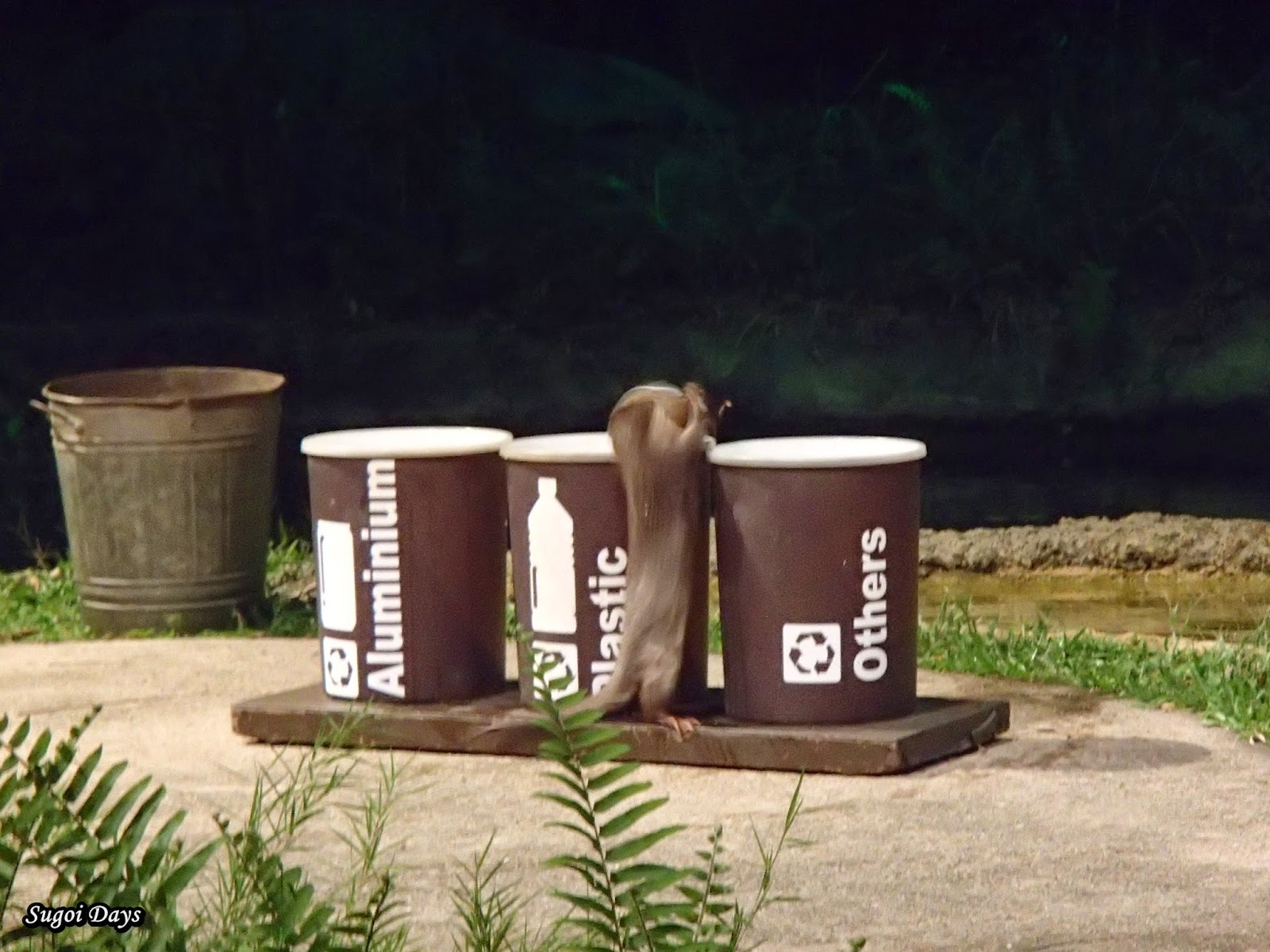 12midnight - Caught a shuttle bus back to our hotel area which stopped not too far from the hotel. Turn in for a goodnight sleep.

9am - I headed to Lucky Plaza on Orchard Road to meet up with the relatives. I was puzzled by why they had recommended the Yong Tau Foo on the 6th Floor there and upon picking their house specialty meatballs, I was sold. It was awesome balls! Crunchy on the outside and juicy on the inside. I have dreams about it now. Dear lord, I foresee making trips to Singapore just for that Yong Tau Foo and their meatballs. 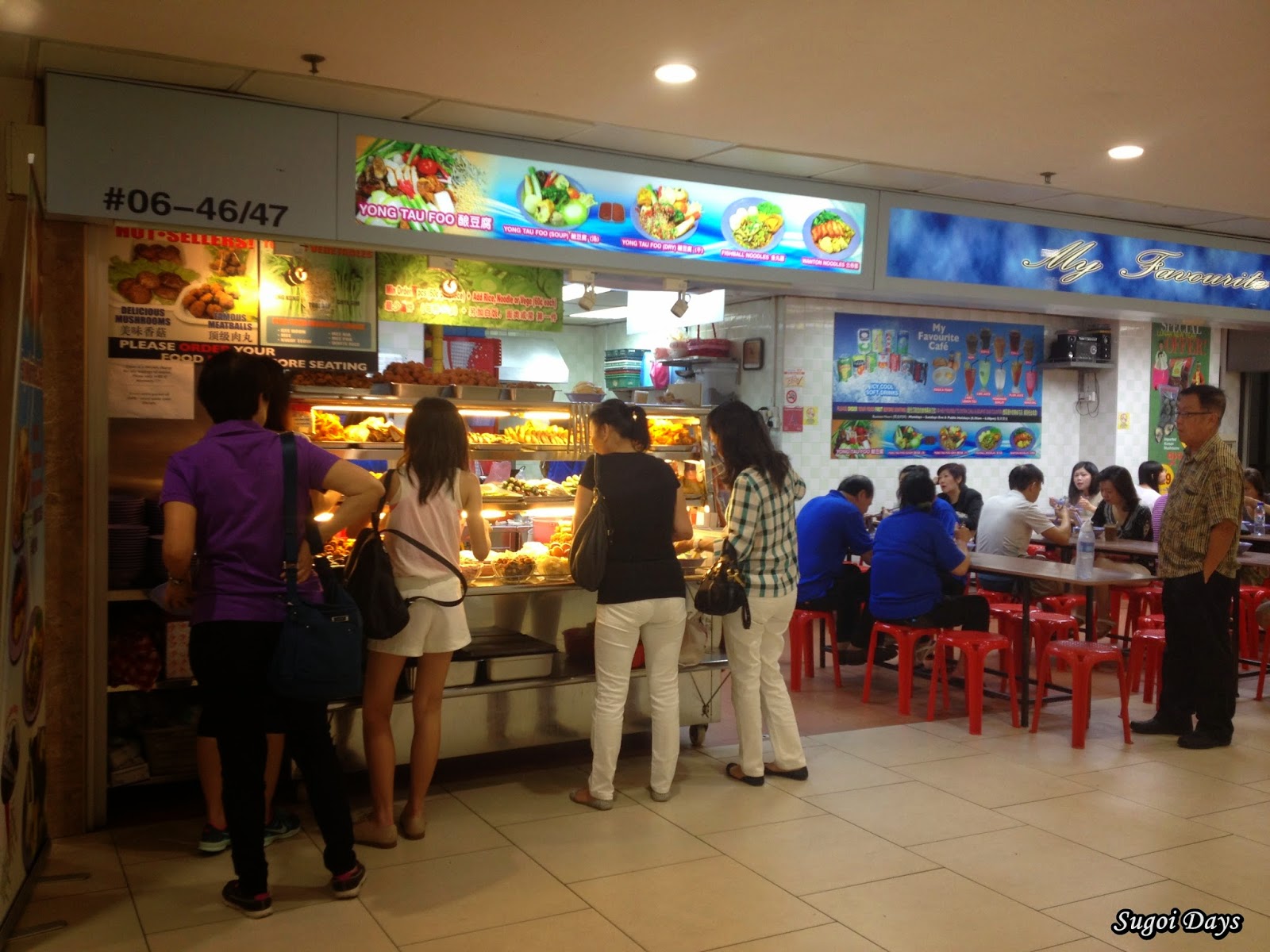 Dammit Singapore! I hate how in 24 hours, you have managed to convinced me there is more to your little nation beyond man-made attractions and expensive currency. I was close to writing you off my list of countries to visit but now, congratulations, you're still on it. 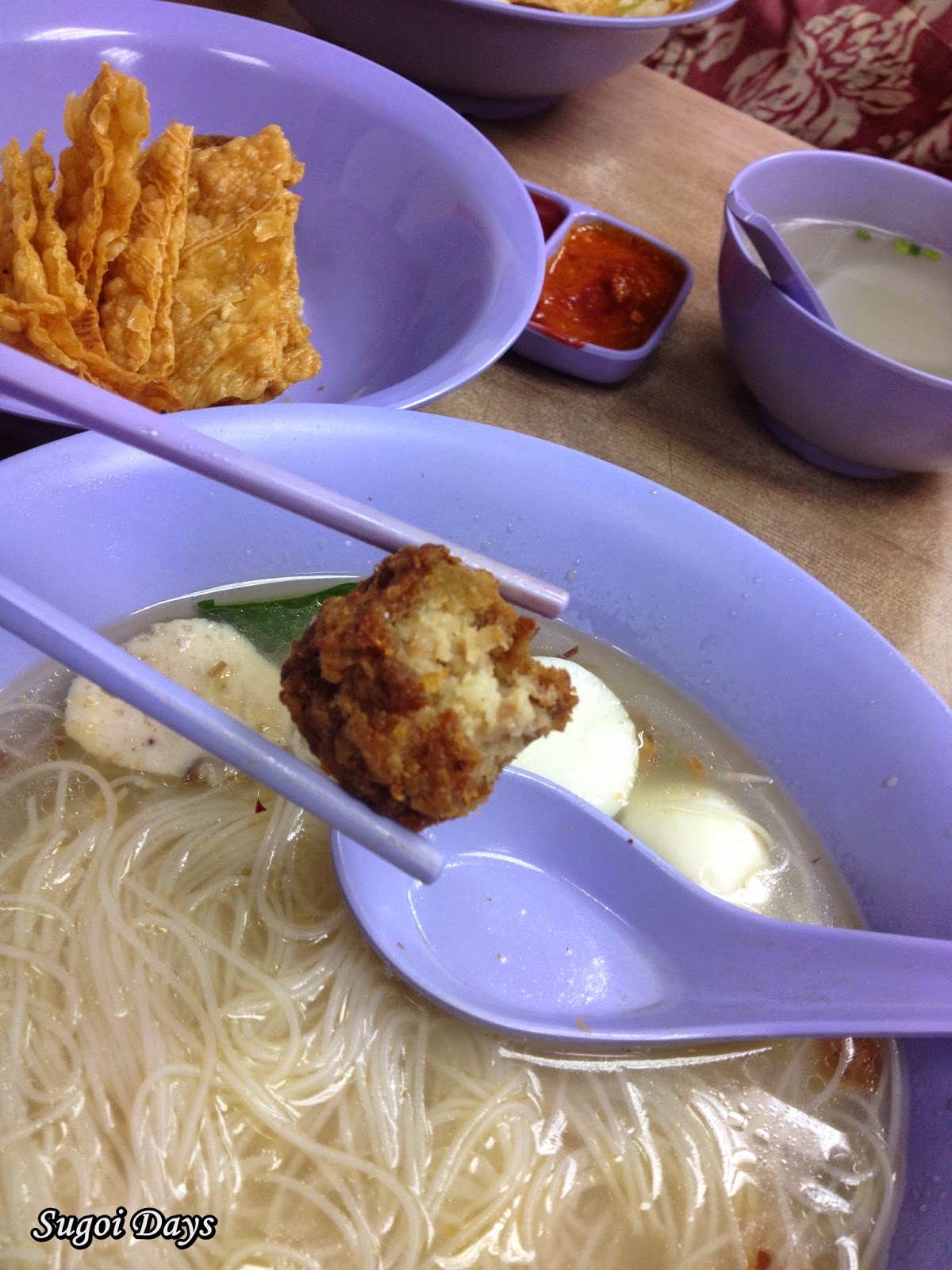 All because of meatballs.
Posted by Tania at 1:09 AM