24 Hours on Mount Fuji in a Typhoon Part 2

As soon we arrived at Goraikoukan, we were given two big plastic bags for our wet backpacks and shoes. We were shown to our allocated sleeping space in a tight room filled with four rows of bunk beds that fitted about 25 people per row per bunk. You do the maths. Needless to say it was quite a tight squeeze. 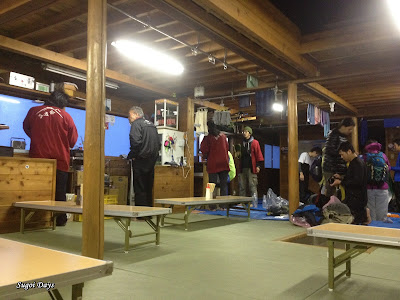 Our backpacks and shoes were hung above the foot of our sleeping space and I opted to quickly change out of my drenched clothes into my dry spares which thankfully escaped the rain. There weren't any showers though and the toilets were outside, about a 25 meter dash from the main entrance in the freezing cold.

24 Hours on Mount Fuji in a Typhoon Part 1

I shall not start off my account of climbing Mount Fuji with that famous Mount Fuji-related quote that seems to be in every website and blogs I encountered when researching the climb. But I'll start off by saying DO NOT CLIMB MOUNT FUJI IN A TYPHOON. 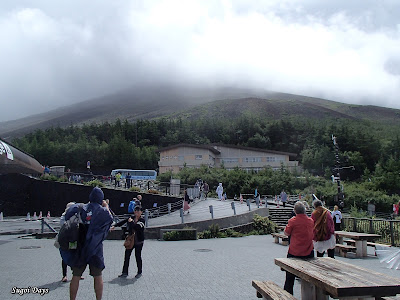 In all fairness, when I booked my flight to Tokyo, Mount Fuji wasn't even on my mind. It only grew on me later and when climbing season was announced, it coincided with my trip. Usually official climbing season for Mount Fuji is from July to August but for the official dates, you would need to check the Mount Fuji site here as it changes each year.

It also so happened that my hike which took place on 1 September, coincided with an approaching typhoon. That meant rain and rain and oh, god, so much rain. In the weeks prior to my trip, I monitored the weather and boy, it did not look good. Oddly enough, cancelling the entire hike never occurred to me and even when my hike mate suggested it the day before the hike, I shot it down. Fuck you, dumbass. I invested too much in this! (I really didn't, just loads of time on research and booking arrangements)

The Zipangu restaurant of Shangri-La Hotel has a new face and that is the award-winning Chef Hiroaki Karasawa. Previously the Chief Chef of Nadaman Japanese restaurant at Imperial Hotel, Tokyo, Chef Karasawa strives in traditional Japanese cuisine. 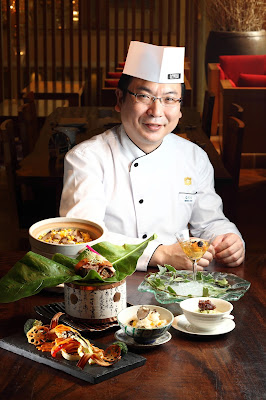 Guests and diners of Zipangu can get a whiff, see and taste Chef Karasawa's delectable culinary skills and creations that has won him the Japanese Cuisine Category Award 2014, The Second China Michelin; The Best Japanese Restaurant 2014, Modern Weekly Magazine; and The Best Japanese and Korean Restaurant Time Out Beijing in 2011 and 2014.

Just to name a few. #whathaveidonewithmylife

My friend, Brigitte told me about this place or rather she wooed me with images of its adorable overhead light fixtures designed to look like olden day canned food and of course, its tantalising looking food. It was located in Taman Desa, just off the highway heading to Cheras and driving there pre-Merdeka day, the roads were empty. 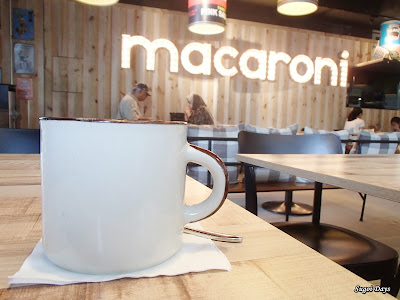 Parking was FOC on the weekend and it wasn't hard to locate the cafe as it was at the entrance of Faber Towers. Its huge Macaroni sign inside the cafe was an instant eye-catching if the lightings weren't already. 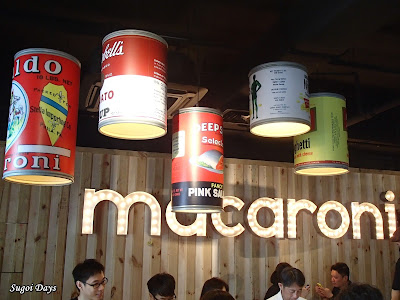 It's time to announce the winner of my Fukubukuro bag from Japan. Surprisingly buying stuff for the bag wasn't as easy as I expected because I kept thinking 'will they like this?, do they know about this culture or pop culture reference and of course, can it fit in my suitcase'. 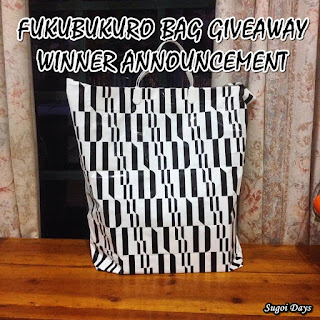 Anyway, I know you have been waiting anxiously for the results so without further ado, here it is.
Read more »
Posted by Tania at 4:09 PM No comments:

So you have conquered the Viper Challenge, Arena Challenge in the Dark, King of the Mountain and almost every obstacle challenge there is in Asia. Now it's time to challenge yourself by going longer and harder.

Brought to you by the organisers of Viper Challenge, Viper 2 Four is Asia's only obstacle endurance event where participants can compete individually or in a team of four. All one needs to do is complete as many rounds of the course as possible within a 24 hour time period. As daunting as it sounds, it doesn't need to be when you have a team and/or support crew to rely on for support. The top three in each category of male, female and team will stand a chance to walk away with cash prizes. 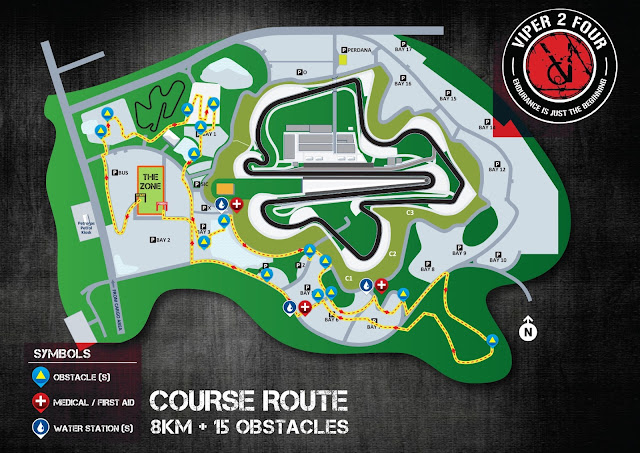 My current iPhone 4Gs has lasted approximately 5 years and it didn't surprise me when the battery drained fast and dies on me even at 40%. It was infuriating though as I need my phone for work or even to waze while on the go. Even when all I wanted to do was take a picture, the battery would just die on me.

At the constant bugging of a colleague, I finally succumbed and agreed to replace the battery since I was too broke to buy a new phone.
One fine day, she introduced me to iPhoneFix at Centerpoint Bandar Utama. As soon as we entered the place, the big boss asked us what were the symptoms of our phones, quickly listing down my current phone problems to which I nodded to.

Chicken Tandoori is one of my favourite dishes at the local mamak. However not all mamak offers it and finding a good one can be tricky. I am lucky though that there are not one but two mamak near my house that serves up pretty good Chicken Tandoori. But of course, we all know that as yummy as it is, Chicken Tandoori isn't exactly healthy.

Enter the Philips Airfryer to help switch up this local cuisine to a healthy and just as delicious treat.

Ladies, we are a species that is definitely spoiled for choice when it comes to clothes. Even when it comes to sports attires and shoes, we often find that our main crisis is the colour and design of the shoes. Because we want to look fashionable. 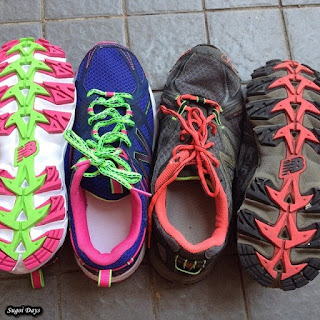 There's nothing wrong with that but did you know that the way you walk or run is also affected by your sports shoes and vice versa? So it doesn't matter if you're a hardcore runner or just want to get a good sweat in, selecting the right running shoes can take your miles in your workout but at the same time, can also be quite a challenge to find. Zalora Malaysia has put together a few tips to picking out the right kind of shoes for you.

With Malaysia Day just around the corner, time to hit the kitchen and start whipping up the local cuisines we Malaysians are so proud of. One particular popular meal is Nasi Goreng Kampung, a dish easily available at mamaks and restaurants almost everywhere but we all know that those are unhealthy especially when cooked with reused oil and super fried to the max! Using a Philips Pressure Cooker, you can serve up Nasi Goreng Kampung, the healthy way. 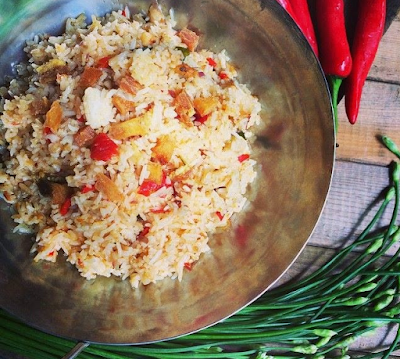 adidas, the world’s top sports brand has recently became the Official Apparel partner for the Standard Chartered KL Marathon 2015 and will be seen supplying the authorised marathon racing top. 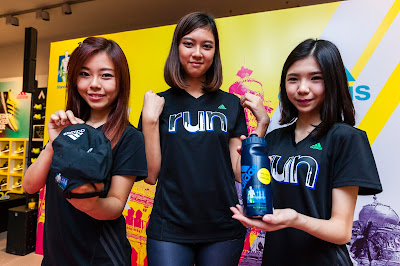 In conjunction with this grand partnership, adidas launches its exclusive Standard Chartered KL Marathon licensed merchandise to celebrate this momentous collaboration. Tailored to suit for the upcoming marathon, the licensed merchandise range includes the Fall/Winter 2015 Supernova Glide BOOST running shoes series, the ‘run’ ClimaLite® top for men and women, a limited edition cap as well as a handy water bottle by adidas.

It's time to reveal the winner of my Spartan Race Singapore and after much consideration and deliberation, I am pleased to announce that the winner is... Lavania Krishnamurthy!! 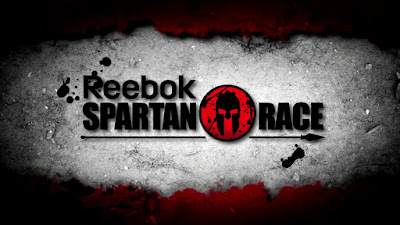 "This race is part of my "Race to join by 30!" bucket-list. Unfortunately, my finances hasn't been cooperative for me to join. This would be the first time i had ever joined any race in my life. It is a personal goal for this chubby girl to test her endurance and limits."

Ms Krishnamurthy, I totally know how you feel. Time to start training hard because you're going to Spartan Race Singapore on 15 November!

Keep an eye out for an email from me with your entry code.

And to everyone else who joined the contest, thank you for your participation. It's still not too late to join the race as it's still open for registration. 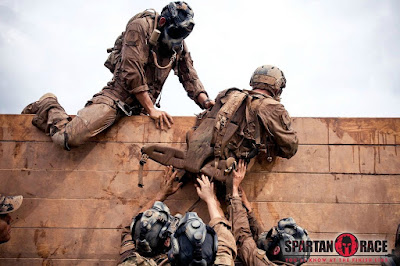 For more training and gears tips, stay tune or just drop me a comment and I'll be more than happy to assist anyway I can.