On 31 Jan, exactly three weeks before Kyoto Marathon, I ran my longest distance ever - 30km. Just 5km more than my 25km run 2 weeks prior but undoubtedly my hardest training session to date. Simply because the route chosen was hella hilly thanks to the Bukit Tunku-Sri Hartamas combo. 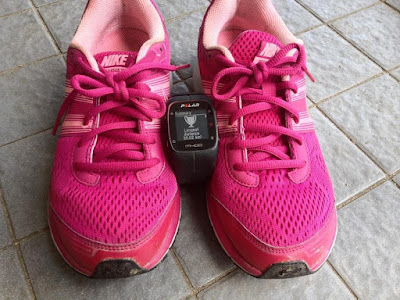 Mum and I tackled our usual Bukit Tunku route (I am really beginning to like that route a lot) at the wee hours in the morning and were joined by a group of super fast runners training along the same course. We crossed the road over to Sri Hartamas side and as the front pack continued on their merry way, we quickly lost sight of them. Oh well.

We opted for the long route, circling Publika before heading down with the long road passing Taylor's Hartamas campus and into the housing area nearby. We made the Sri Hartmas Petronas station our pitstop where we loaded up on our water and ate our power gels. The station was a popular pitstop amongst runners and cyclists as it was that day and thanks to the crowd of like-minded people, we felt safe in this new and completely foreign running route. The Pacesetter running group also starts from there too.

Once loaded up, we retracted our steps and ran back the way we came. Now, this route was particularly hilly. It has been hilly hilly all the way. After all, what goes up must come down and what goes down must come up especially when running. We ran all the way back to the Lake Gardens via Bukit Tunku and found to my mum's angst, we were short of 6km.

So it was on to the Lake Gardens for 3 loops around its 2.3km course around the lake. By now, the sun was out, the people were out. I vaguely remember cursing every happy people along the way because I was exhausted and my legs were on the verge of giving out. I was smashed. The hills earlier killed my legs, depleted my energy too earlier on. I would unintentionally slow to a walk before mentally berating myself to just run another 100 meters.

I told myself to remember this feeling because I would be feeling this exact same thing at the actual marathon. I told myself, no matter what, just keep moving. Don't stop because once I stop, it's game over. No shiny bling bling.

Miraculously I picked up speed in the last 1km, egging myself on, to imagine what the finishing 1km will be like in Japan.

I wanted to die. But yet when the distance on my watch showed 30km, I skidded to a stop with a sigh of relief. I did it. I actually did it. 30km in the bag. My longest LSD to date.

I hobbled back to my sports club, picking up my mum along the way. She had stopped at 27km, her legs completed dead. The route was indeed a killer to have taken down a veteran marathon runner.

Now it's on to tapering. Just let me google up on proper tapering.
Posted by Tania at 10:07 AM

thanks. I just hope i don't die at the run itself.