The meaning of TANIA -1) An abbreviation of Tatiana which is feminine of the Roman family clan name Tatius (origin: Roman); 2) a fairy queen-of Tatiana (origin: Russia) or 3) the owner of Sugoi Days blog and staunch Nutella eater (origin: Malaysia)

Your name is special and unique to you and only you. It's a gift from your parents, a feature that reflects your heritage and the first thing that is yours alone, your badge of individuality. Much like your first memory with Nutella. 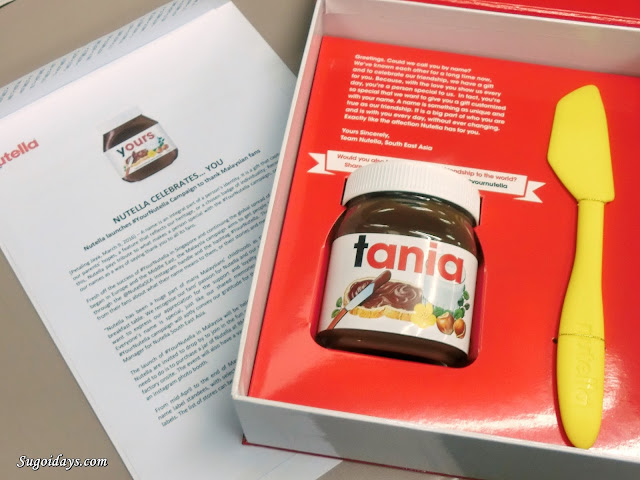 Thanks to Nutella, you now have a way to celebrate your names in true Nutella-fashion. With a customised Nutella jar! In fact mine just came in the mail! Thanks, Nutella!


YES, the #YourNutella campaign has arrived in Malaysia. Fresh off the success of #YourNutella in Singapore and continuing the global spread of #YourNutella that began in Europe and the Middle East, Malaysians can now share their stories through the @NutellaSEA Instagram handle with the hashtag #YourNutella. 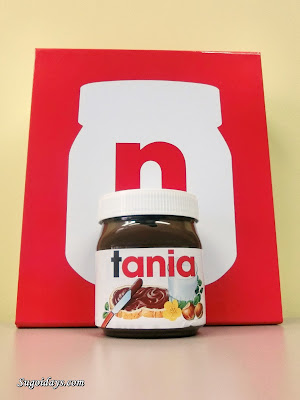 There are three easy ways for you to get your own customised Nutella jars:
1) From 9 - 13 March 2016, drop by the Center Court, Old Wing of One Utama for the official launch of the #YourNutella campaign. All you need to do is purchase a jar of 350g Nutella at RM15.90 and have your jar personalised at the #YourNutella factory right there and then. Be sure to bring the whole family down to enjoy the variery of fun activities, games and an Instagram photo booth. 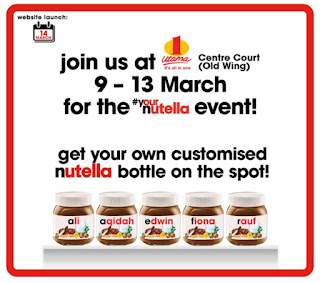 2) 14 March 2016 onward, you can also head on to the YourNutella.com website where you can customise your own labels and have them sent to your email addresses to be printed.

3) From mid-April to the end of May, participating supermarkets and hypermarkets will be carrying the name label standees where fans can look up their names. The list of stores can also be found on YourNutella.com. If you're unable to find your name, well, refer to method 2.

Of course, just bare in the mind that only a maximum of 9 letters/characters, including space is permitted for the customised label.

Disclaimer: Boxes and spreader not included.
Posted by Tania at 8:08 AM

Why the spreader not included? T_T

can you not drama. u got the spreader wat

Well Written and Structured Blog. Totally a fan of your writing, I found this blog unique and i have been going through the posts in your blog. Independence Day Speech in Malayalam