One of the places I've heard so much about when researching Nagasaki was Meganebashi aka the Spectacle Bridge. It runs over Nakashima River in downtown Nagasaki, near China town and against a backdrop of the hills and slopes, makes for a very pretty sight. 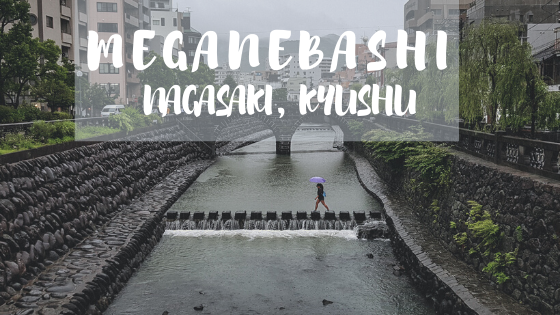 The bridge got its name from its double arches when reflected in the calm waters of the river will look like a pair of glasses from the neighbouring bridges. 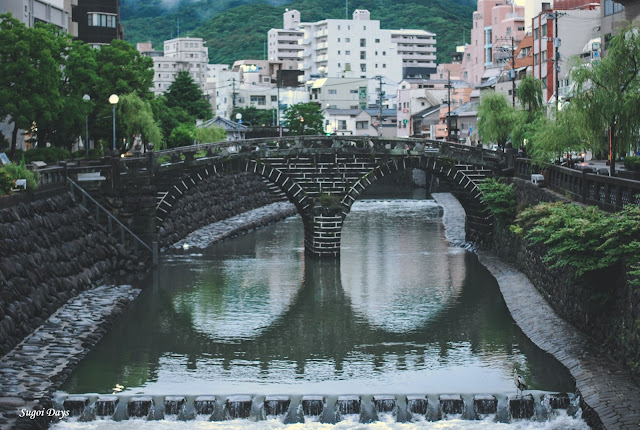 It was built in 1634 by a Chinese monk, making it the oldest stone bridge in the whole of Japan. However in 1982, flooding damaged the bridge, washing away some of its stones. It was quickly restored to its original appearance the following year and now included a culvert to allow the excessive water pressure to flow through it without damaging the structure. Today it is a designated Important Cultural Property and a must for visitors to Nagasaki. 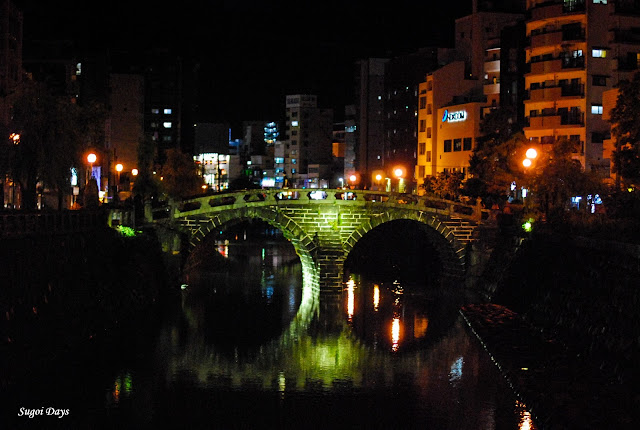 I went there twice during my short trip to Nagasaki. Once in the afternoon, to walk off my lunch and while it was raining and the second time in the evening once the rain had subsided. 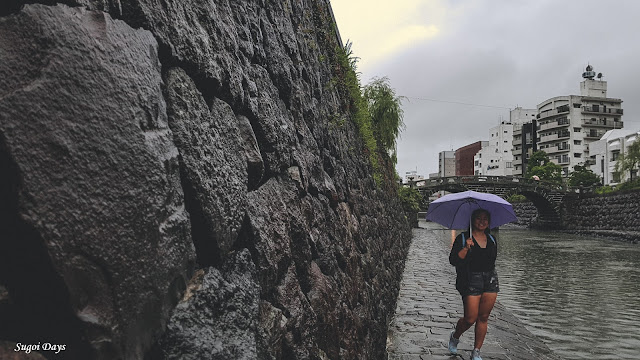 And Meganebashi also has so much more to offer than just its history and architectural wonders. Hidden along the river walls are several heart-shaped stones supposedly from the original structure. Finding it is said to bring good luck, happiness and eternal love. 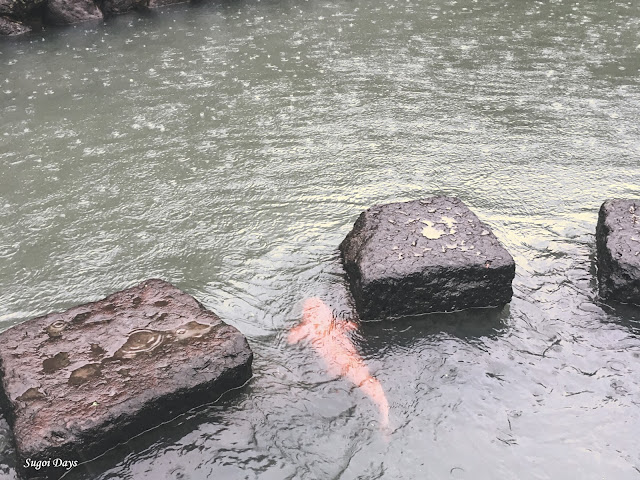 The river is also home to several koi fishes that are often friendly enough to swim up close for a photo along the stone paths that cut across the river. 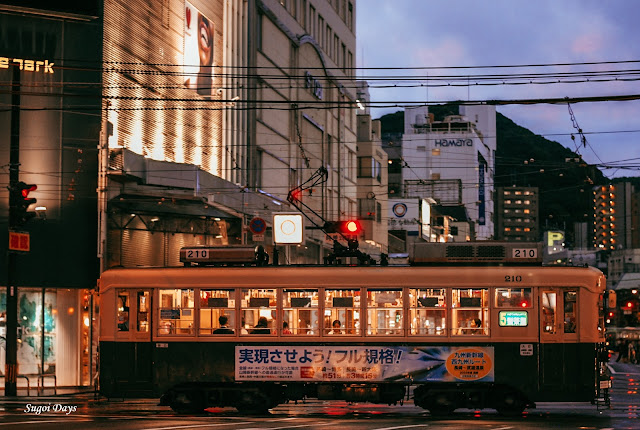 The tram line runs close to it and the closest station is Meganebashi Bridge Station, just a short 5 minutes walk to the river banks. Of course, the bridge is just an easy stroll away from Chinatown making it one of the most easily accessible and free attractions in Nagasaki. Best of all, there are hardly any tour groups there making it a must for the lone traveller.
Posted by Tania at 7:00 AM