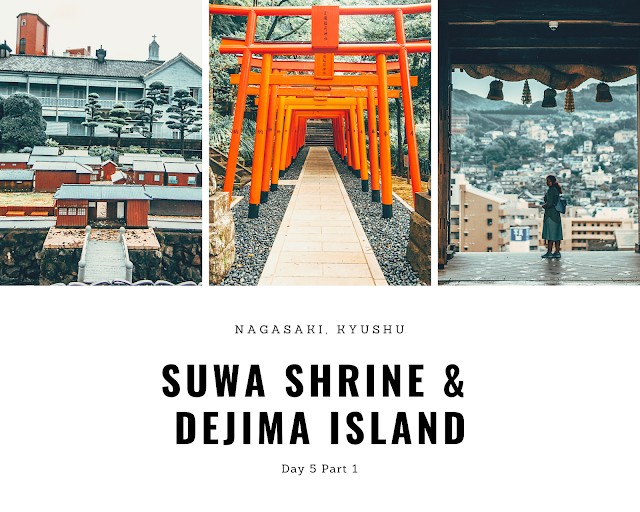 The itinerary for Day 5 of this trip was one of the most pack and so I will be breaking it up into three blog posts for each prefecture visited on this day. 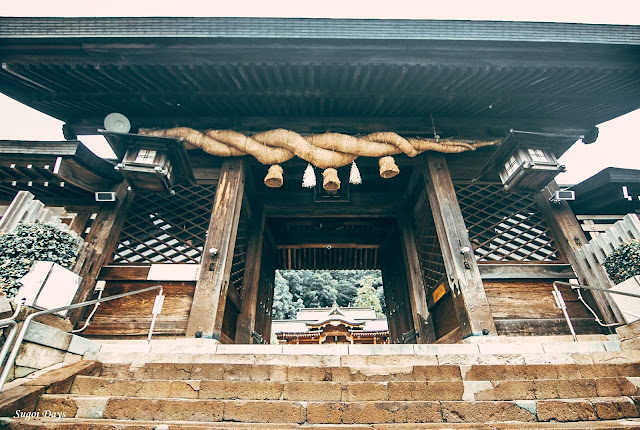 My hotel, Nagasaki Washington Hotel had so kindly given me a late checkout so I was determined to make the most of my last morning in Nagasaki. It was an early start for my mom and I as we wanted to see two more attractions of this historical city before departing for Fukuoka. The previous day had poured cats and dogs, hindering a lot of my plans but I adjusted. 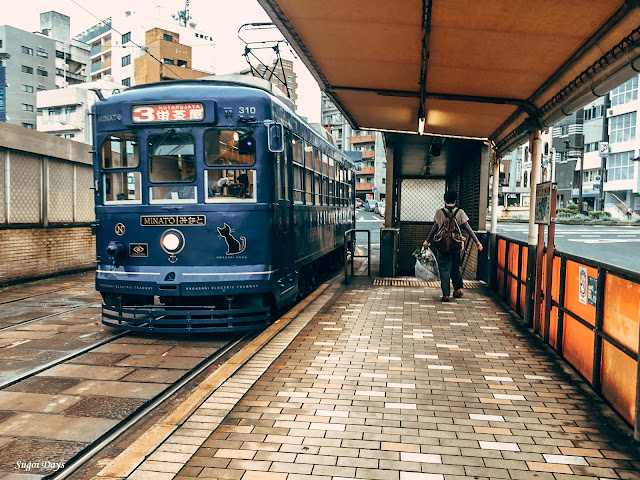 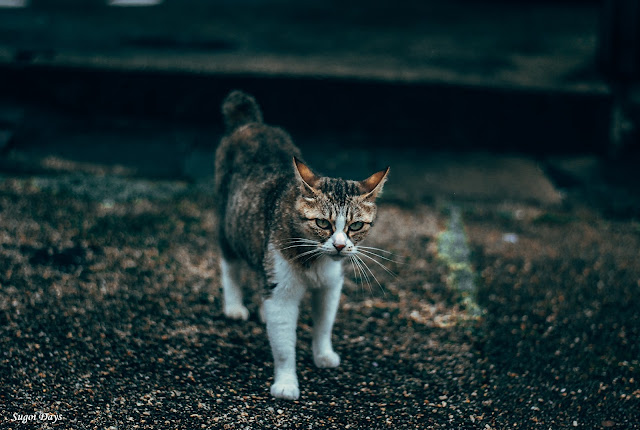 We caught the local tram from the station closest to our hotel, Shinchi Chinatown station to Suwa Shrine, a leisurely 20 minutes ride away. Compared to driving around the city and looking for park, taking the tram w as wonderfully relaxing and it gave me a glimpse of the local lifestyle I so missed in Japan. It was easy to get to the shrine from the station but be warned that there is a flight of stairs to climb to get to the doorways of the shrine. 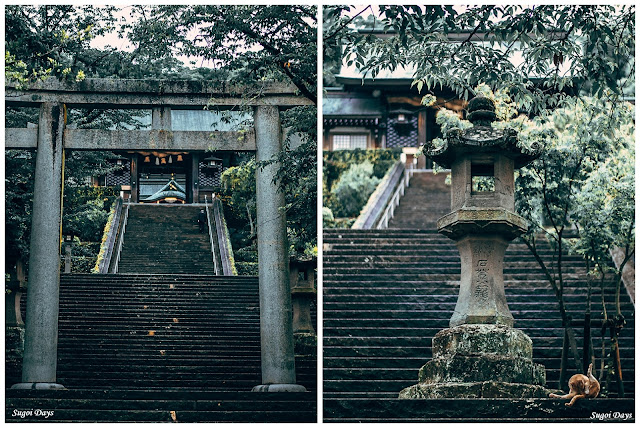 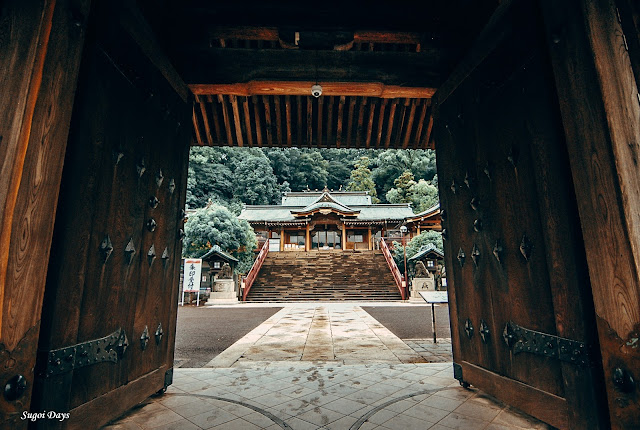 The origins of Nagasaki’s Suwa Shrine can be traced back to the 1500s. Originally located at present day teramachi-dori (temple street), this shrine, together with other Buddhist and Shinto relics, was destroyed by the Christians. In an effort to revive the Shinto faith, Suwa Shrine was rebuilt in 1625 and relocated to its present location in 1648. Every year on 7 to 9 October, the Nagasaki Kunchi Festival takes place at the shrine and is one of the biggest festival in Japan. 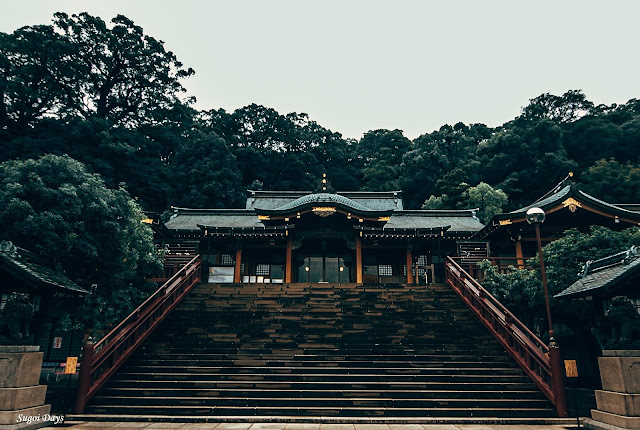 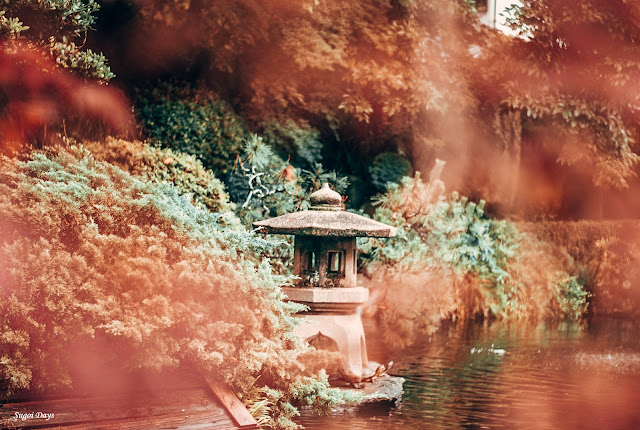 But of course, on this morning, there was no body there save for a few devotees. The shrine comprises a courtyard, the main building, a pond and a hidden torii gate pathway. Had I had additional time, I would have explored the surrounding areas more but I was at the shrine to see one thing. 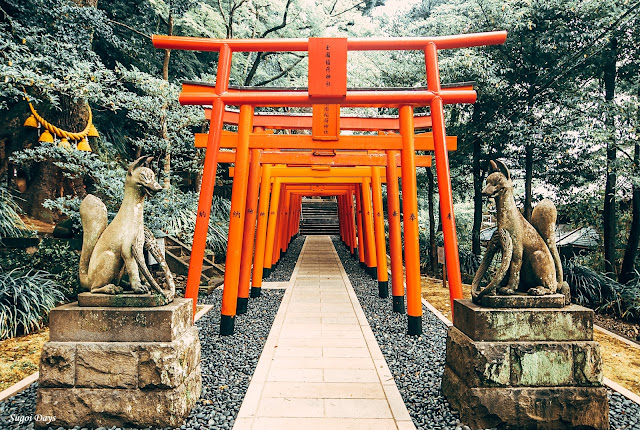 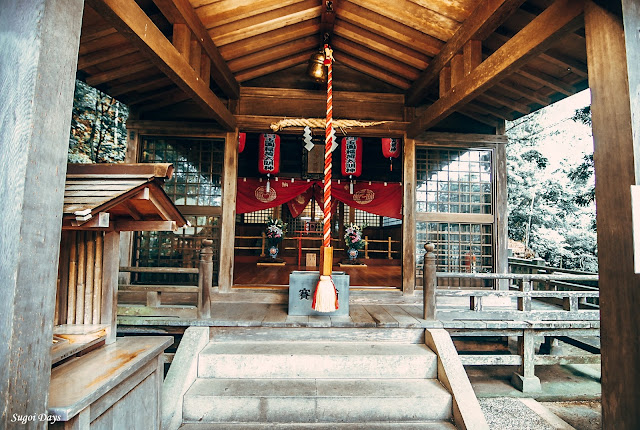 Its view of the city. 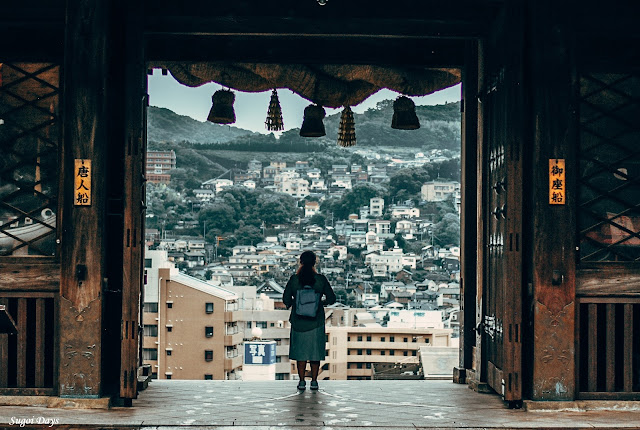 Its location on the steep hill gives it the ideal vantage point of the neighbourhood and with its elegant gate framing, perfect for some Instagram-worthy photos. 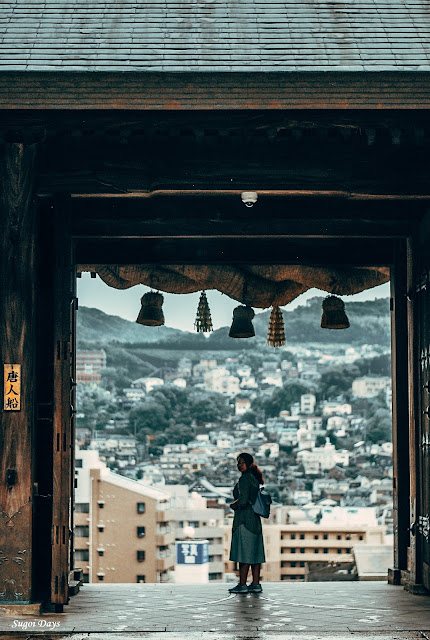 Suwa Shrine
Fees: Free
Access: Take the streetcar/tram to Suwajinja mae stop and head up the stairs
Hours: 24 Hours
Tip: The best time to visit is early in the morning (before the crowd) and at sunset to catch golden hours. 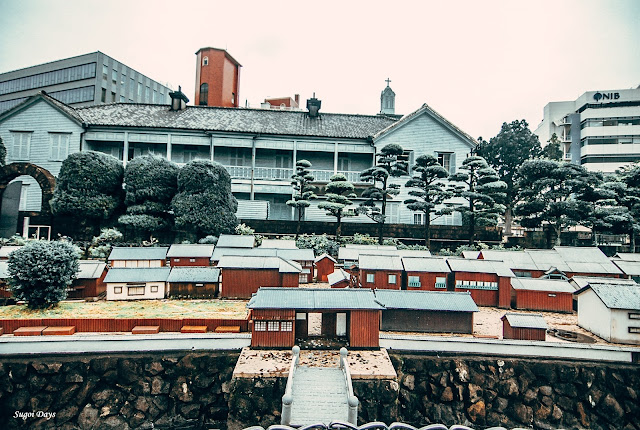 We headed onto Dejima Island next, once again hopping on the tram and taking it back to Shinchi Chinatown. There are two stations within walking distance to Dejima Island's three entrances. Dejima (出島) was a man-made island in the port of Nagasaki, constructed in 1636 to segregate Portuguese residents from the Japanese population and control their missionary activities.

A few years later, the Portuguese were expelled from Japan, and the Dutch Trading Station, formerly located in Hirado, was moved to Dejima. The Dutch were restricted to Dejima during Japan's two centuries of isolation as the only remaining Westerners allowed in the country. 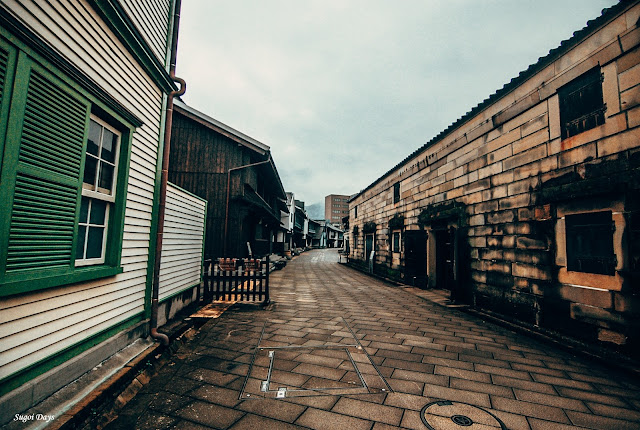 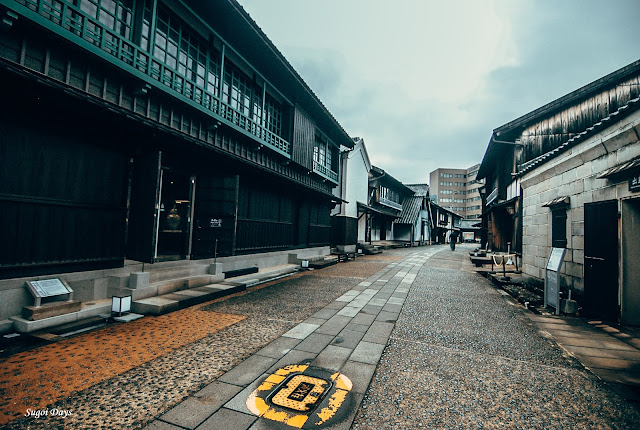 Today, Dejima is not an island anymore, as the surrounding area has been reclaimed in the 20th century. However, a number of Dejima's historical structures remain or have been reconstructed in the area, including various residences, warehouses, walls and gates. And as the earliest visitors to the site, we could explore the area at our own pace, learning about its fascinating history and saw how the Dutch influence stayed on in Nagasaki. 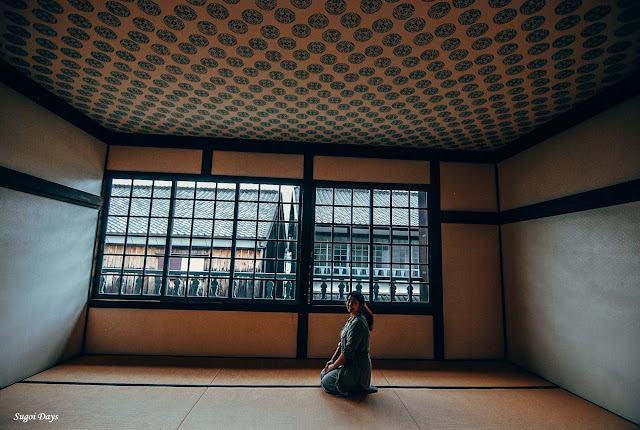 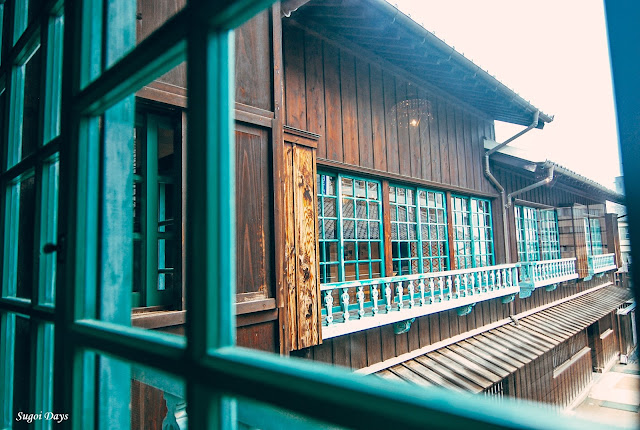 Dejima Island
Fees: JPY520
Access: Take the tram car to Dejima or Shinchi Chinatown station.
Hours: 8:00 to 21:00 (entry until 20:40) After 18:00, Dejima can be entered only via the Omotemonbashi footbridge.

It wasn't long before we had to head back to our hotel to check out, grabbing a bite to go from the nearby Famima for lunch. I had a long drive ahead of me for the rest of the day as we were dropping Saga prefecture next and then Itoshima before reaching Fukuoka.
Posted by Tania at 7:17 PM