After my sneak peek of the new KLSCM route, I posed a question to my followers - should I gun for a PB or take my time and take photos of the KL scenery. TL:DR - I opted for the latter and achieve the former. 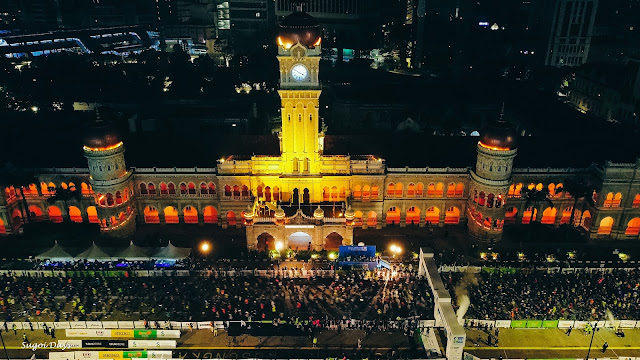 After an exciting flag off from Dataran Merdeka, I took to the streets of Kuala Lumpur at an unhurried pace to enjoy the ambience of the return of KL's most prestigious running event. Backstreet Boys was playing in my Sudio E2 earbuds and I almost wanted to burst into song, Nine Nine style. Then the first glimpse of KL Tower came into view in Kampung Baru. 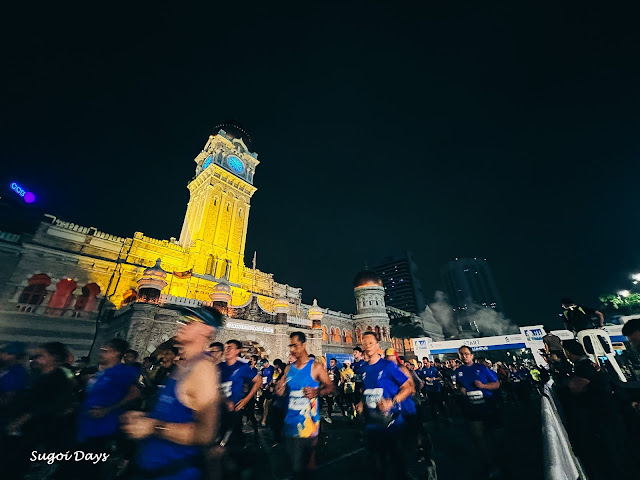 The tower glimmering like a diamond of hope against the wee hours of the morning sky was like a beacon of hope and direction. Runners continued to power along the streets towards Bukit Nanas before heading towards Bukit Bintang. 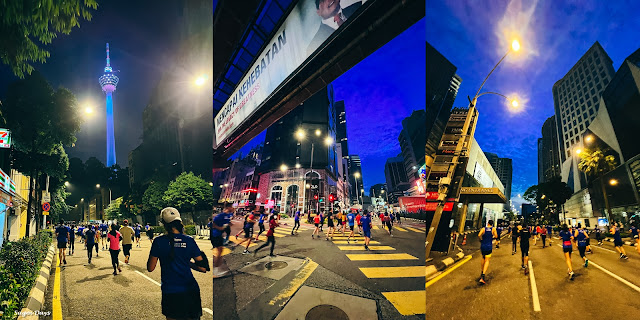 Here I couldn't resist stopping for my first photo stop at our version of Shibuya crossing at Bukit Bintang. Thank you so much to the volunteer who helped to snap my photo. From there it was a pleasant downhill towards Pavilion KL before circling back towards Jalan Sultan Ismail into Jalan Ampang.  Here, at the 10km spot I stopped again for my second memorabilia photo at the iconic Kuala Lumpur Twin Towers. 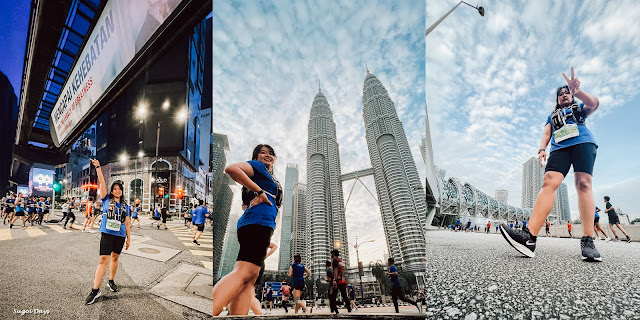 So taken I was by the sights of KL in the morning that I almost forgot to take my gel and salt tablets at the planned markers. Around the 14km mark onto the ramp to AKLEH, I felt the pinch of cramps kicking in. I wasn't alone as I could see many also experiencing the same. Shaking it off and trusting my salt tablets to kick in, I settled for more photo-taking while on the go. You would be amazed by the stabilization feature on the iPhone. 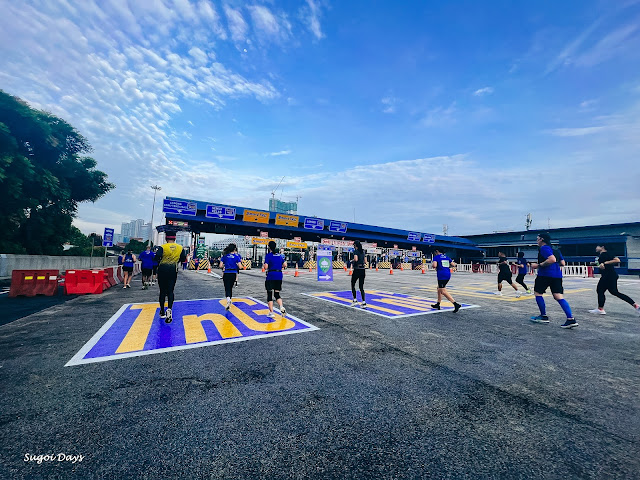 Saloma Bridge was my next photo shop. It wasn't ready the last time KLSCM was held on AKLEH but this year, it was a welcoming sight as one of KL's newest iconic in recent years. Too bad it (and KLCC) wasn't turned on for the full marathoners running in the dark.

AKLEH as always was my favourite stretch with wide open space and gentle rolling slopes. This time it was a kind 3km for half marathoners compared to the infamous Jalan Duta hills, leading to Jalan Kuching for the final part. At this point, the route merged with the full marathoners and we were greeted by a water spray tunnel courtesy of Standard Chartered before the U-turn point and the last 500 meters. 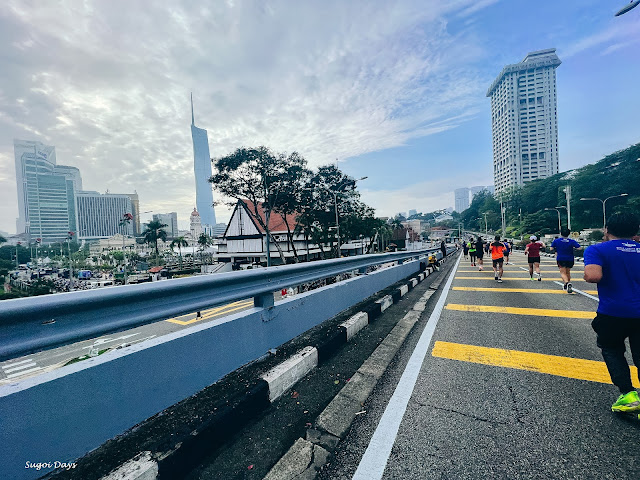 The atmosphere in the final stretch was boisterous, lively with supporters cheering on the runners. Rather than sprinting to the end as per my usual modus operandi, I opted to cruise to the finish line at a comfortable pace at 2:44 gun time. 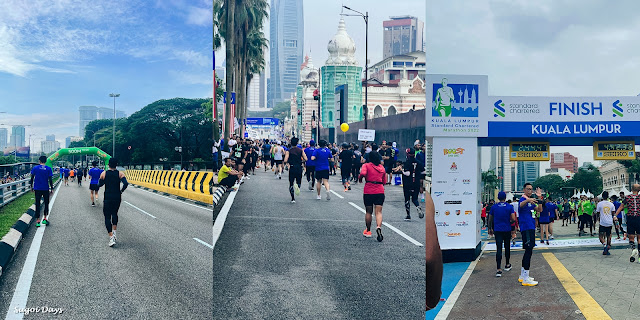 Only later did I realise I had achieved a personal best for this race at 2:42 net time thanks to the flatter route and cooling weather. Could I have achieved a faster time had I not stopped or slowed down every 2km to take photos? For sure, but I have no regrets in my priority this year. I had fun taking photos and figuring out the best angles and how to take the fastest photos while running. 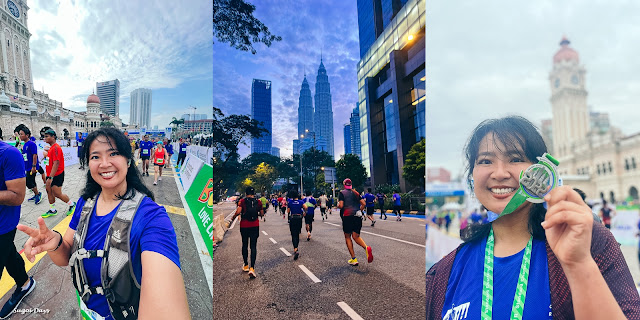 There is always next year to get a new PB once Dirigo has announced the dates for 2023 and hopefully maintains this route. All returnees to KLSCM will know how fast this race sells out so to find out when and how to sign up, be sure to follow KLSCM on their social media and mark down the dates for next year once announced!

For more information, check https://www.kl-marathon.com/
Posted by Tania at 10:51 PM