In Dec 2013, I jetted off to Singapore to take part the Commando Challenge, an obstacle race and decided that since I was there over the weekend, I should do all the touristy stuff I never got to do during my previous visits.

As soon as we were checked in into Fragrance Hotel - Riverside, my mother and I decided to explore the area by foot and walked over the Clarke Quay riverside where all the pubs and restaurants were and with a glimpse of the ever famous Marina Bay Sands. It was a nice and easy 5 minutes walk to the scenic hangout area from our hotel. 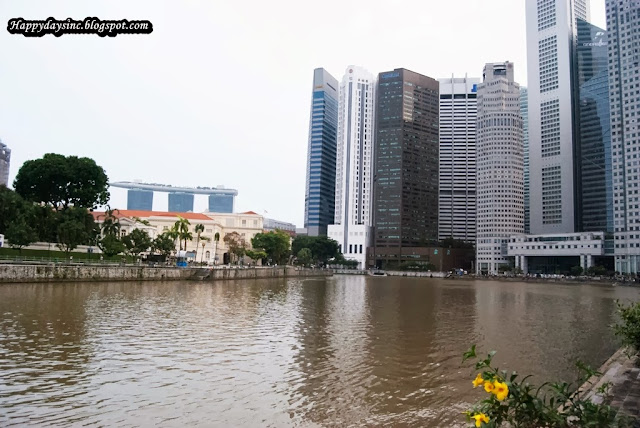 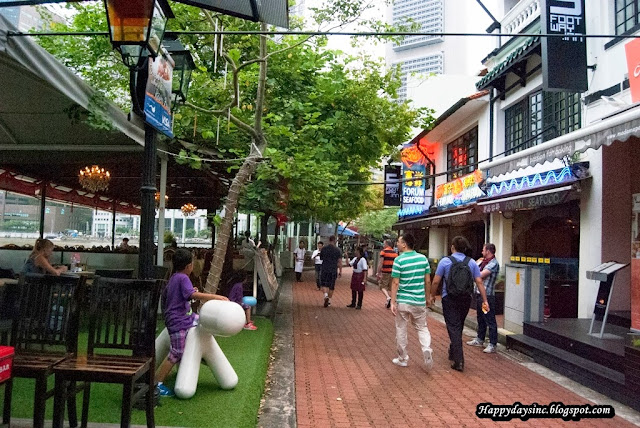 It was a pity the sidewalk of the riverside was lined with outdoor seating areas for the restaurant though. I bet the night view would have been spectacular. 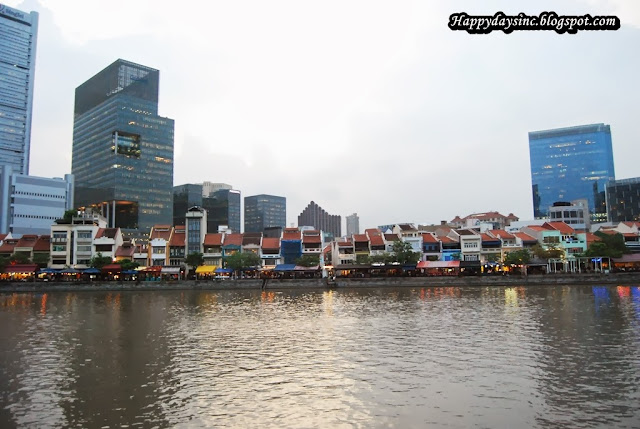 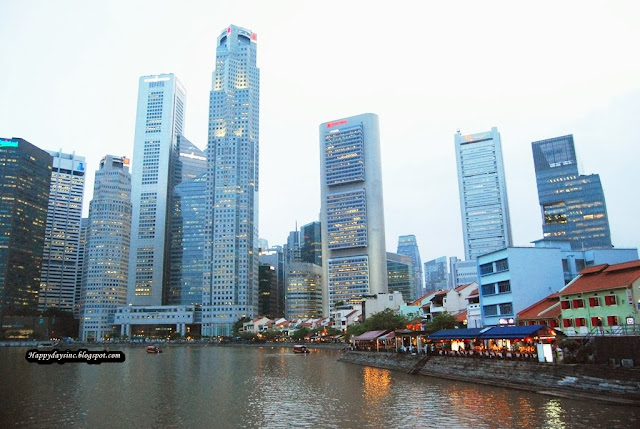 From there we strolled towards the historical Fullerton Hotel, the walkway filled with tourists and working adults heading out from their offices for a jog around the riverside and the Esplanade. Fullerton Hotel was iconic for its historical British colonial design and its colourful background alongside Singapore's own. Staying or even dining at this hotel will definitely burn a hole in your pocket. 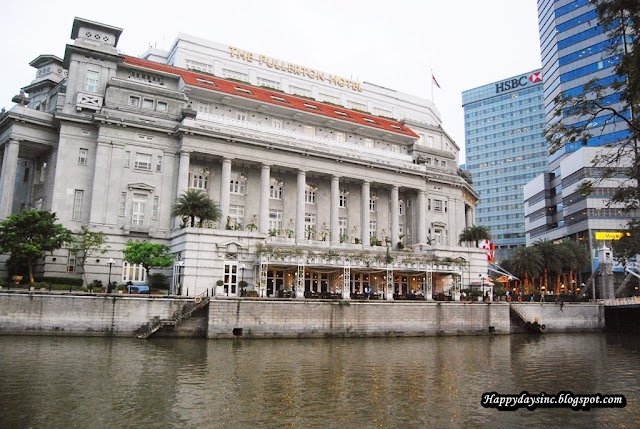 From the Fullerton Hotel, we took the underpass at Esplanade - Fullerton road to cross over to view the iconic Merlion of Singapore. I have never, in fact, seen it up close before and much like every other visitor, got creative with my photos with the Merlion. Using my mom as the victim model. 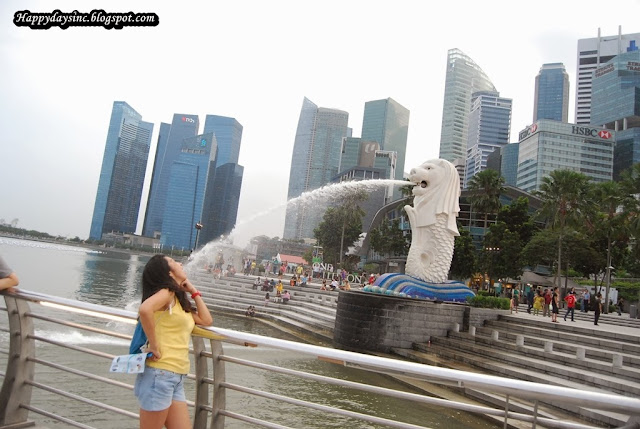 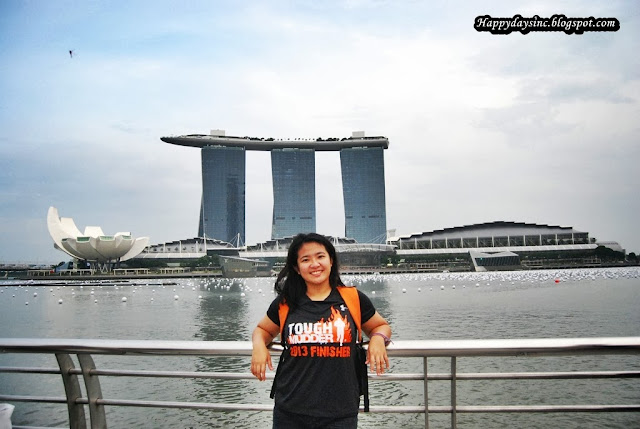 Marina Bay Sand was also where we headed in the evening to see the city lights. However, getting there can be a real headache as we had to transit a few times on the subways from Clarke Quay MRT.

To get there, we had to take the train from Clarke Quay Mrt toward Punggol and alight at Dhoby Ghaut Mrt station to transit over to the yellow line, the Circle Line Extension at the Promenade station. From there, we took the train to Bayfront where we had finally reached Marina Bay Sands. Do not get confused and get off at Marina Bay MRT as you would have to walk a distance to the Sands.

The fee to the Sands Skypark Observation deck was S$20 per person. Tickets are valid for a single admittance anytime between 9:30am and 10pm (11pm on Friday, Saturday and Sunday), and there is no limit to the time guests may stay.

The ticket only allows you access to the observation deck and not to the Marina Bay Sands infinity pool or Ku De ta restaurant which is only accessible from the Ground floor lobby lift.

Despite the limited viewing area, the view of Singapore at night was breathtaking, rivaling even the view from Osaka's Umeda Floating Garden Observatory. There were only a few people up there that night, mostly tourists so getting a nice shot was easy unlike the Osaka Observatory that was packed with people. 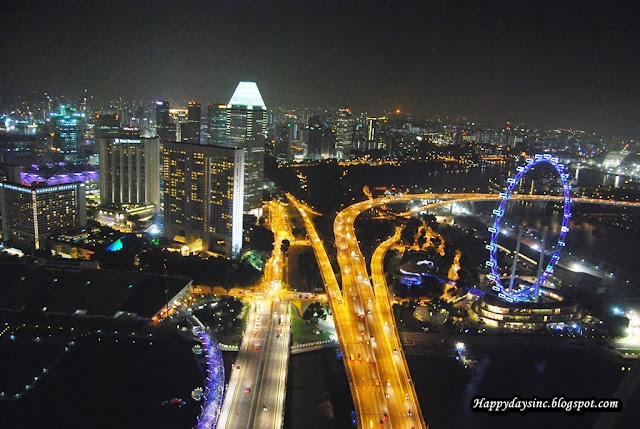 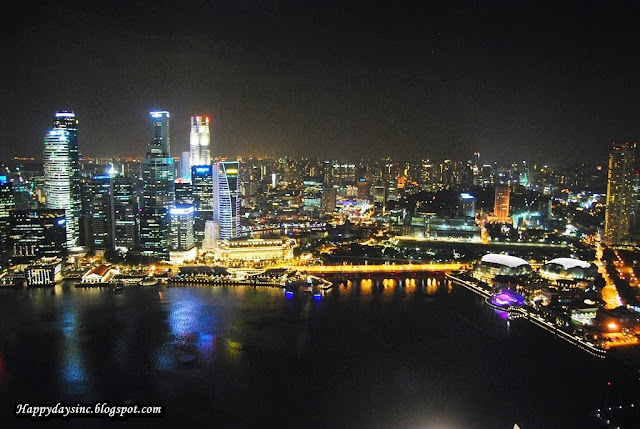 From the observation deck, you can glimpse several of Singapore's man-made attractions such as the Garden by The Bay, the Merlion, the Float and the Singapore Flyer. Be careful though as it can get windy up there so avoid hats and umbrellas.

We adjourned to the food court downstair for a quick late dinner and found, to my joy, that there was free wifi! After a whole day of being disconnected from Facebook and my chat groups (Starbucks had no wifi neither did my hotel), it was huge relief to be able to share my photos of my entire day in Singapore.

To get back to Clarke Quay, we took the subway but in reverse and sunk into our comfortable beds as soon as we were done washing up in our cosy hotel room. Day 1 was exhausting, what with all the walking and navigating our way through the confusing subways but Day 2 will include walking around in the hot sun and finding our way to Orchard road using the MRT system again.