While Sri Ratih Cottages had been heaven away from home, the next hotel stay of our trip in Kuta was a vast disappointment. We made the mistake of being drawn in by the cheaper rates on Agoda, forgetting that we would eventually have to make up for it in additional transportation cost as the hotel was about 10 minutes from the city center by cab. 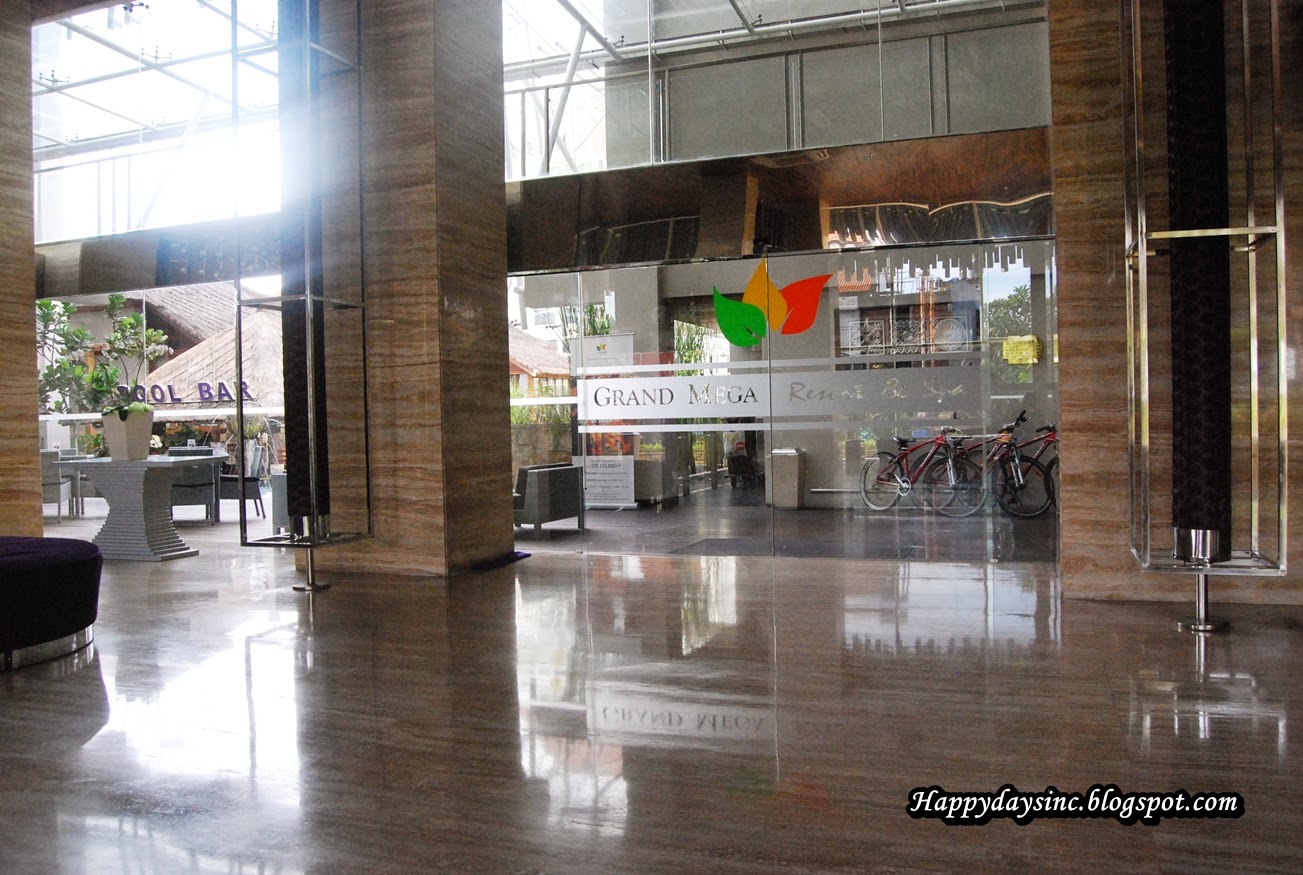 Grand Mega Resort and Spa hotel is located along a massive hallway/road where across was Galleria mall that was loaded with food and shopping. To cross the ever busy road, guests would need to get the hotel security guard to help them. From the road, the hotel was a flashy sight with a silver and purple front. 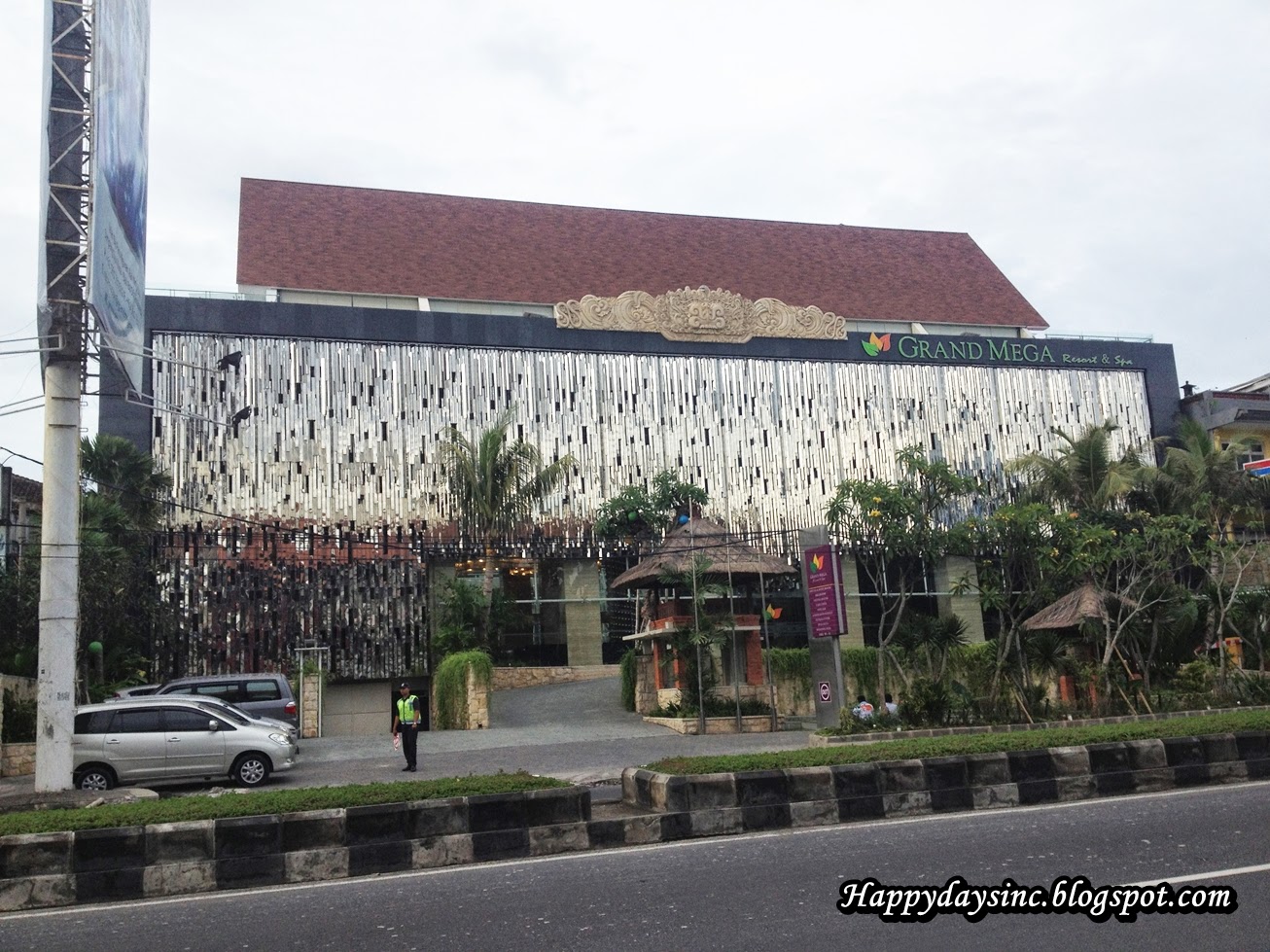 The insides of the hotel and the lobby were the same with heavy velvet curtains, sofas and carpets. The swimming pool and bar area was immediately visible with thumping music boasting a club-like atmosphere. Already I could get a sense of what kind of hotel this was. 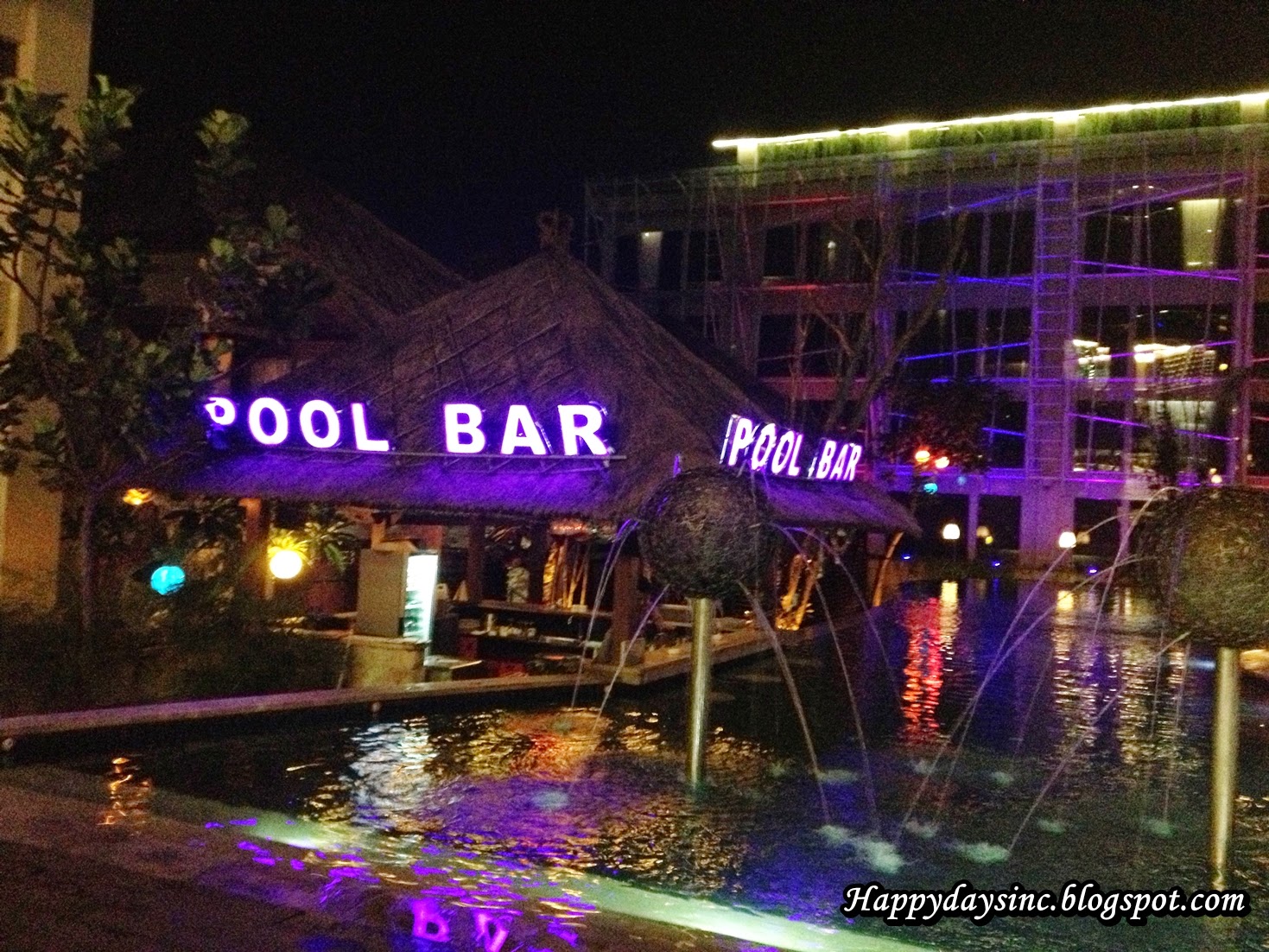 Check-in was speedy and the bellboy assisted us in carting our luggage to our room which was through maze-like halls with random mirrors, velvet walls and sitting areas. A few things I immediately noticed about the hallways was the stale, humid air and its dimness. 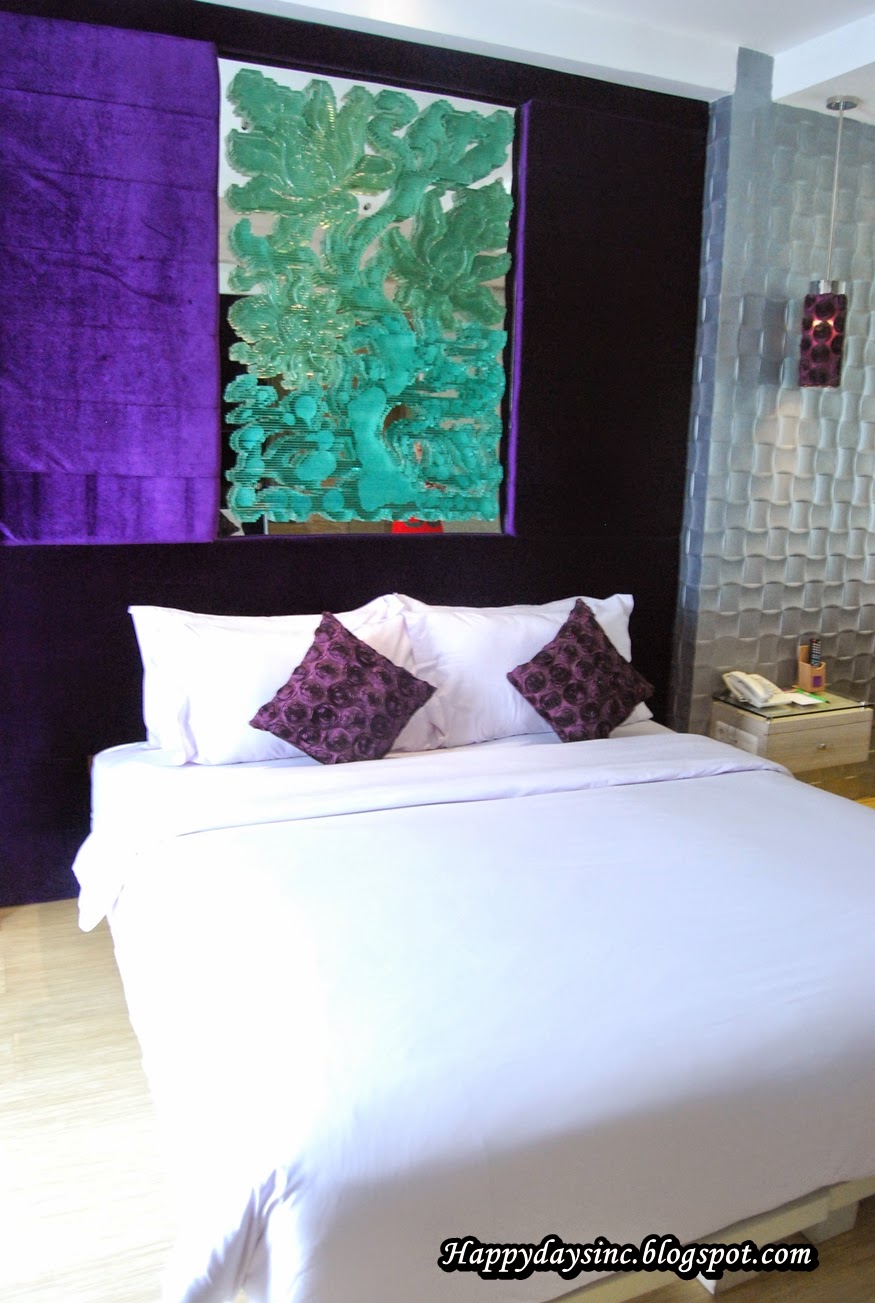 The room was modern and styled in purple and velvet. The bed was big enough to fit the three of us although our movements was restricted. Getting an additional bed was too expensive this time so we just opted to share. 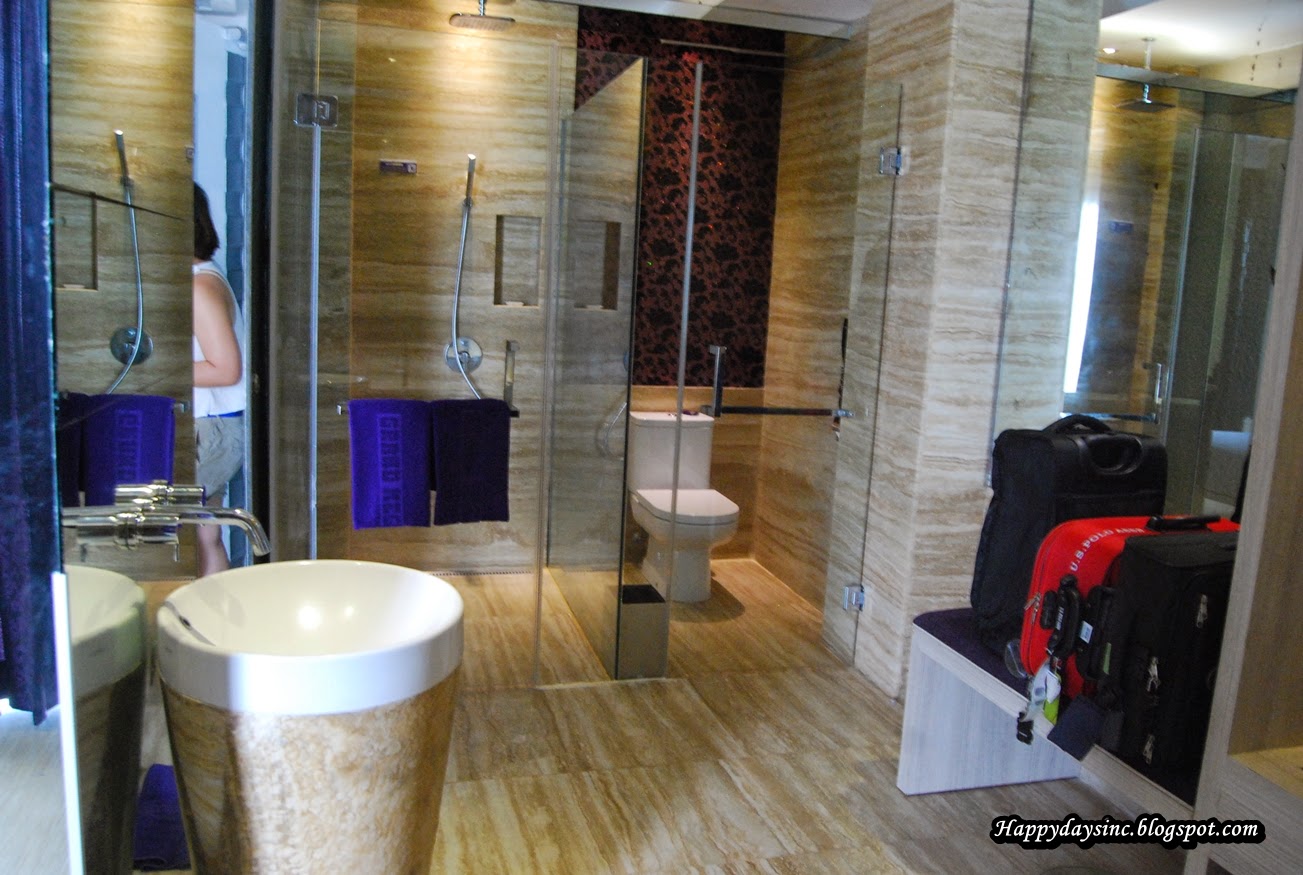 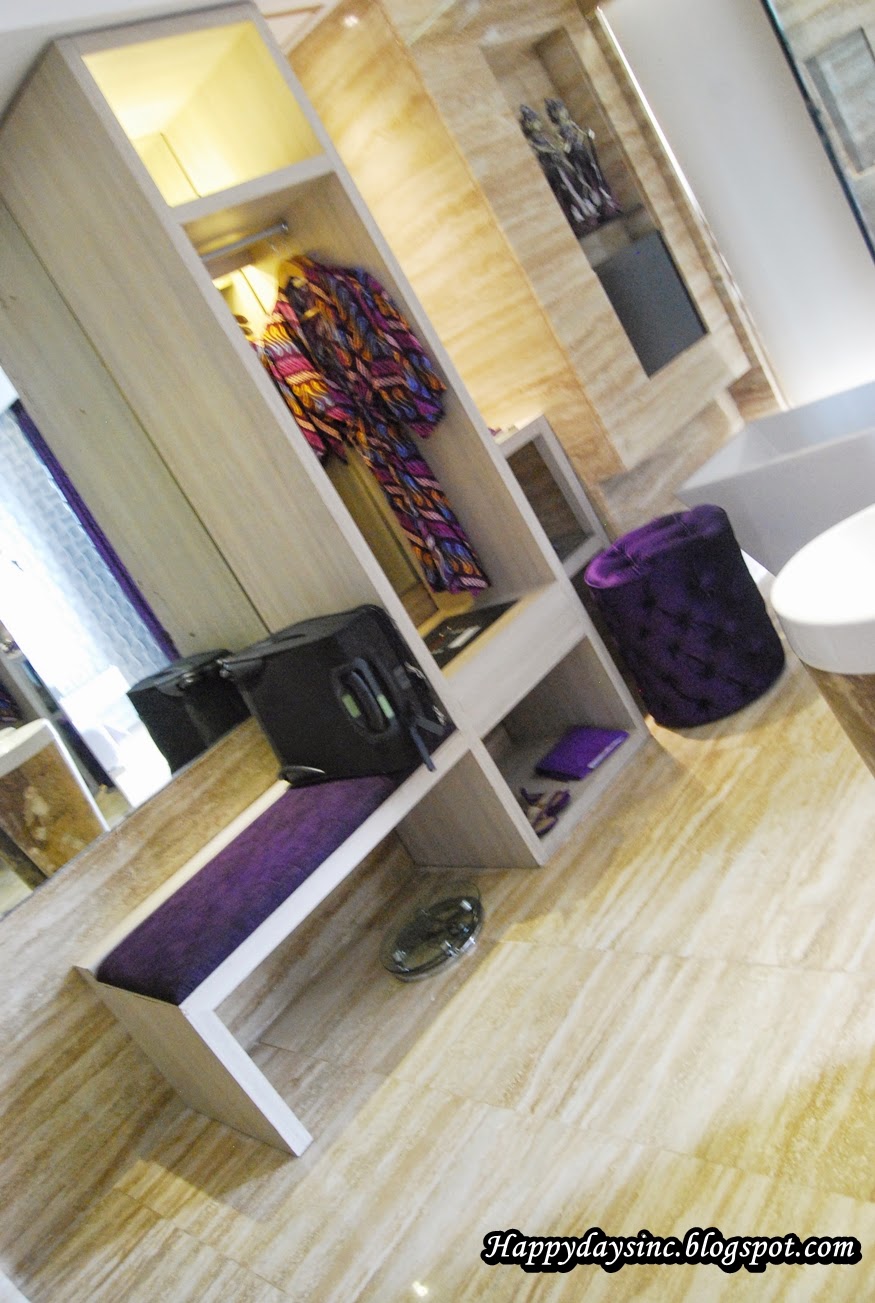 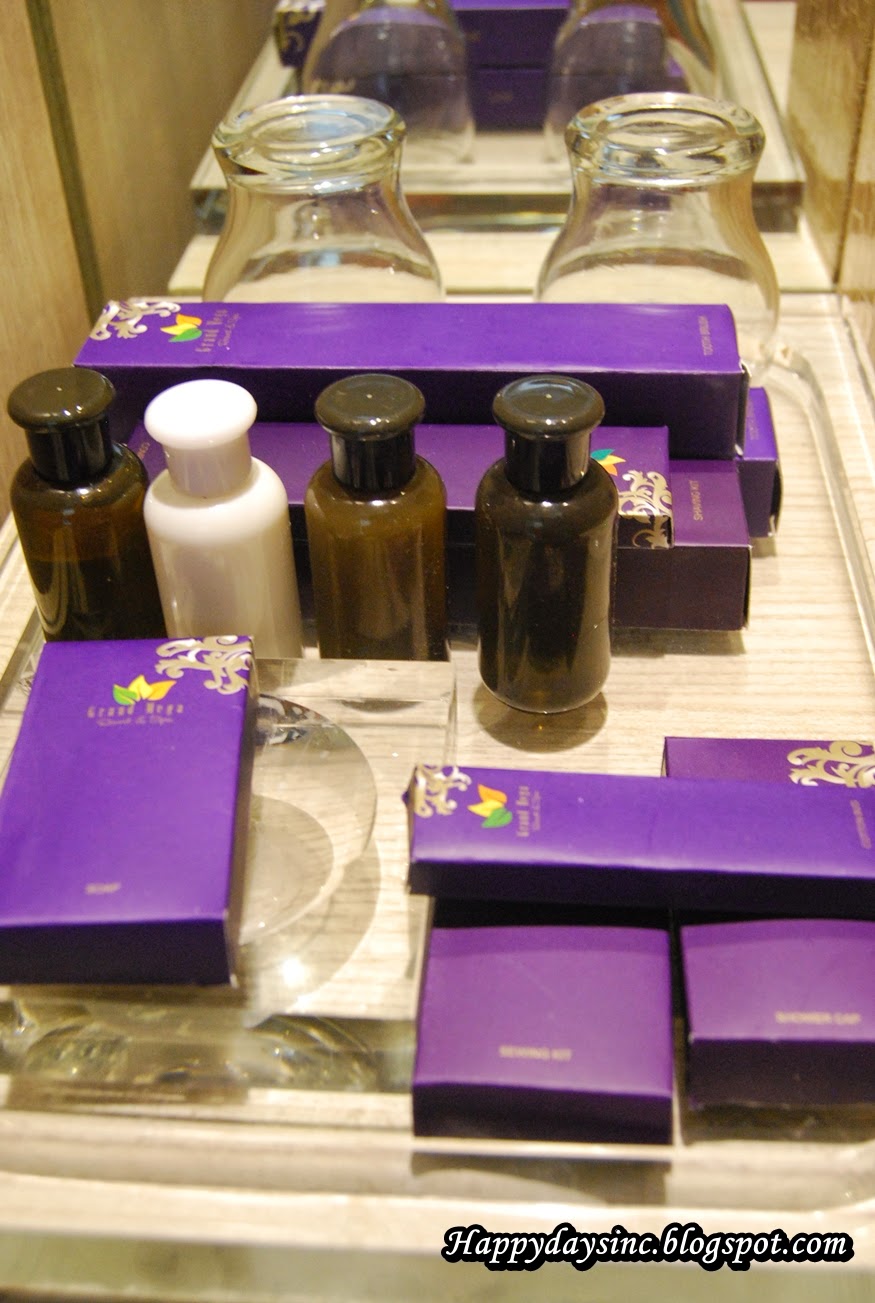 The bathroom and toilet was big, equipped with a bathtub and toilet. Most impressively was the television by the shower. Other than that, the arrangement of the bathroom was bad as getting the soup, shampoo and towels to the shower area was a hassle. 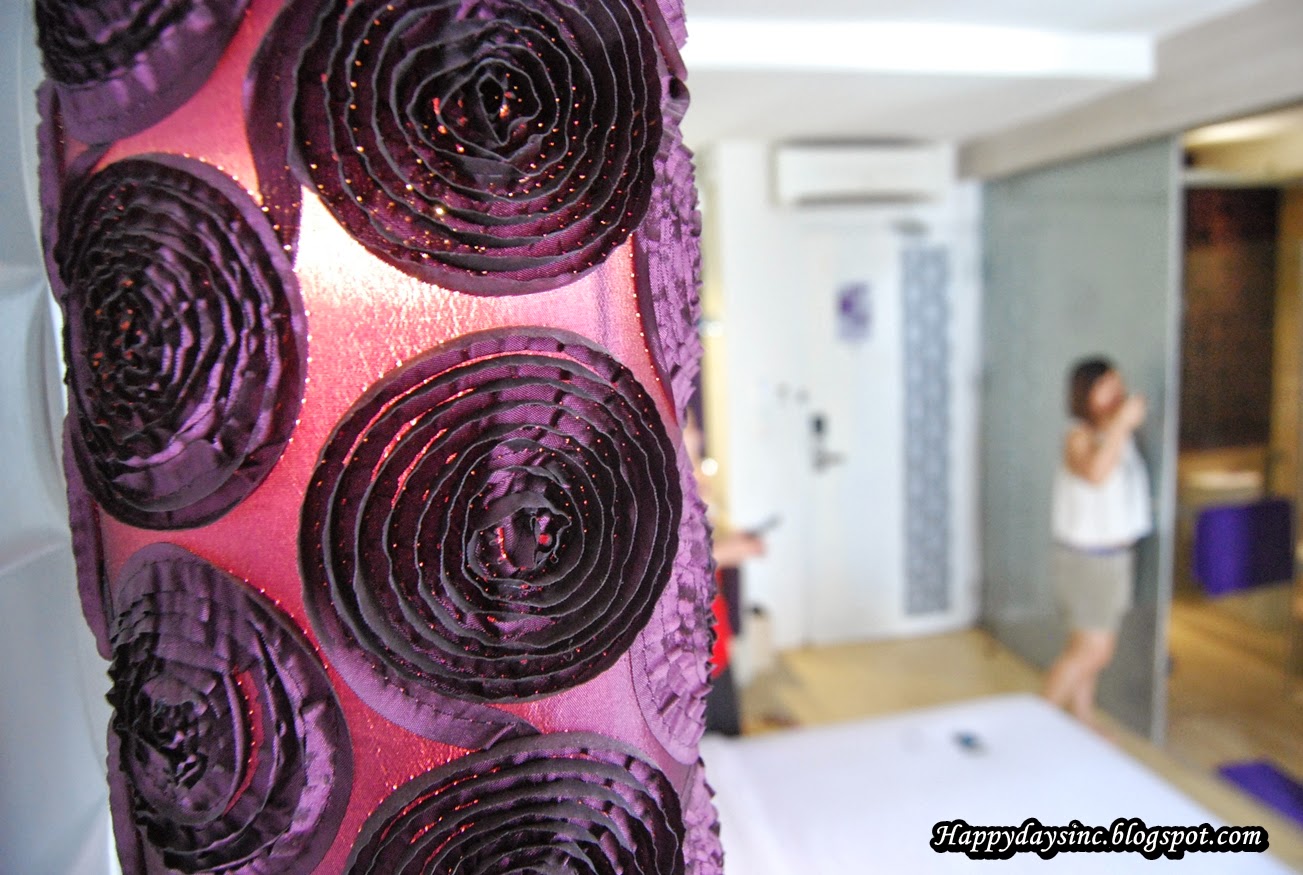 At night, the room was very dim as there are only a few light sources. If I didn't know any better, the room (and the entire hotel) was a love hotel. Actually it probably is as I did see a foreign man coming back with his Indonesia companion in the wee hours of the morning on one of the nights. (My friends and I were at the lobby at 2am waiting for our van to the Lovina)

As I mentioned earlier, the hotel is a short distance from the city center and catch a cab is quite difficult and pricey. Rates can go between IDR40,000 -60,000 depending on your negotiation skills. The lowest I managed to get for a cab was IDR30,000.

Apart from Galleria Mall, there are several surf brand factory outlets about 15 to 20 minutes walk away. However, crossing the roads was a health hazard with no proper way to cross them. There is no traffic light to stop the zooming cars and motorbikes. Pedestrians are literally crossing a highway.

Given its location, Grand Mega Resort and Spa was a letdown. I did tell my friend about its location but she thought we could walk to Kuta *insert incredulous look here* only to realize that getting a cab was the only way to move about. 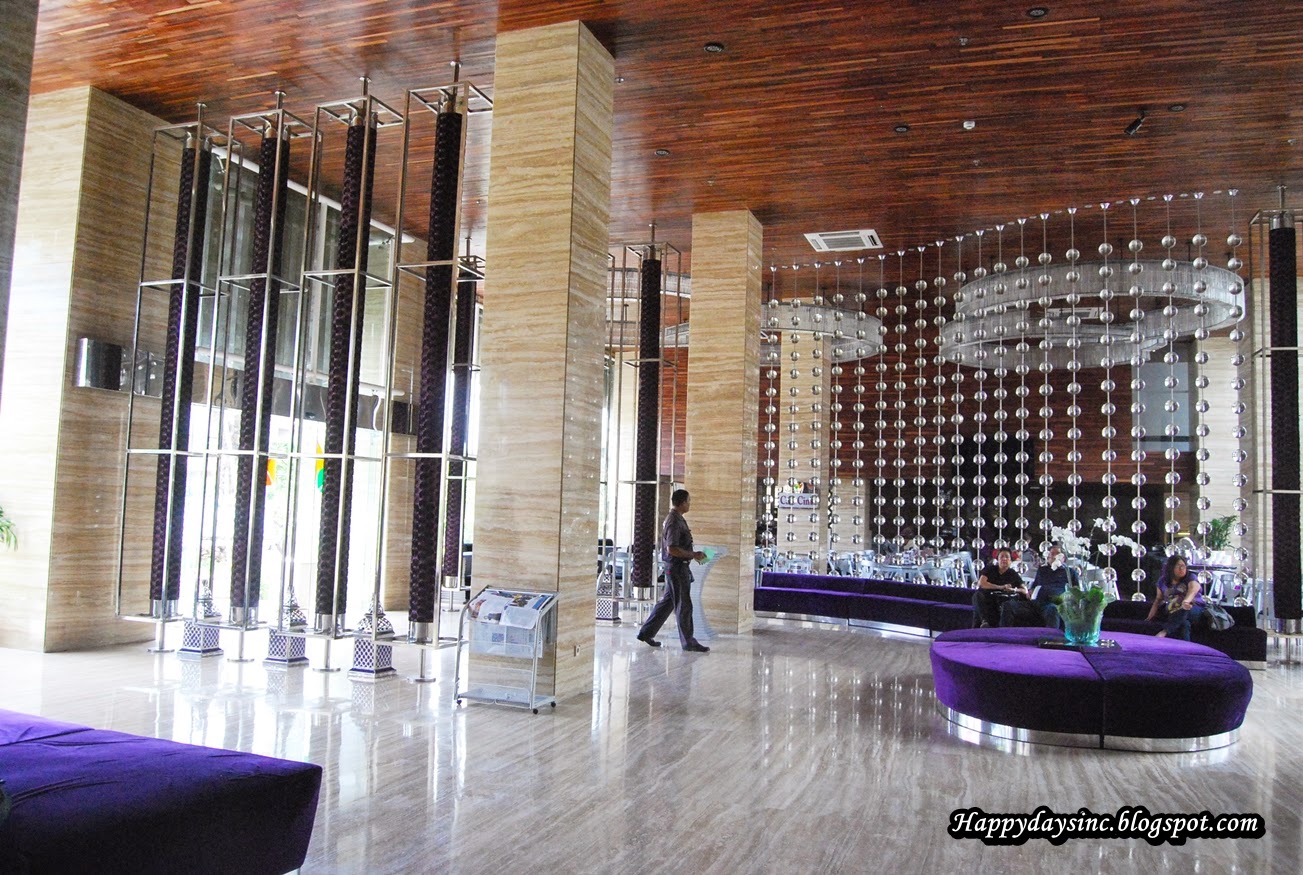 The ambience comes off as a hip and happening place to be during the day but becomes dodgy at night. The room was fine, comfortable enough for me to spend a whole evening in it, just lounging in front of the television while my friends went for a swim. The food and service at the restaurant was a huge disappointment with our dishes coming out cold and slow. 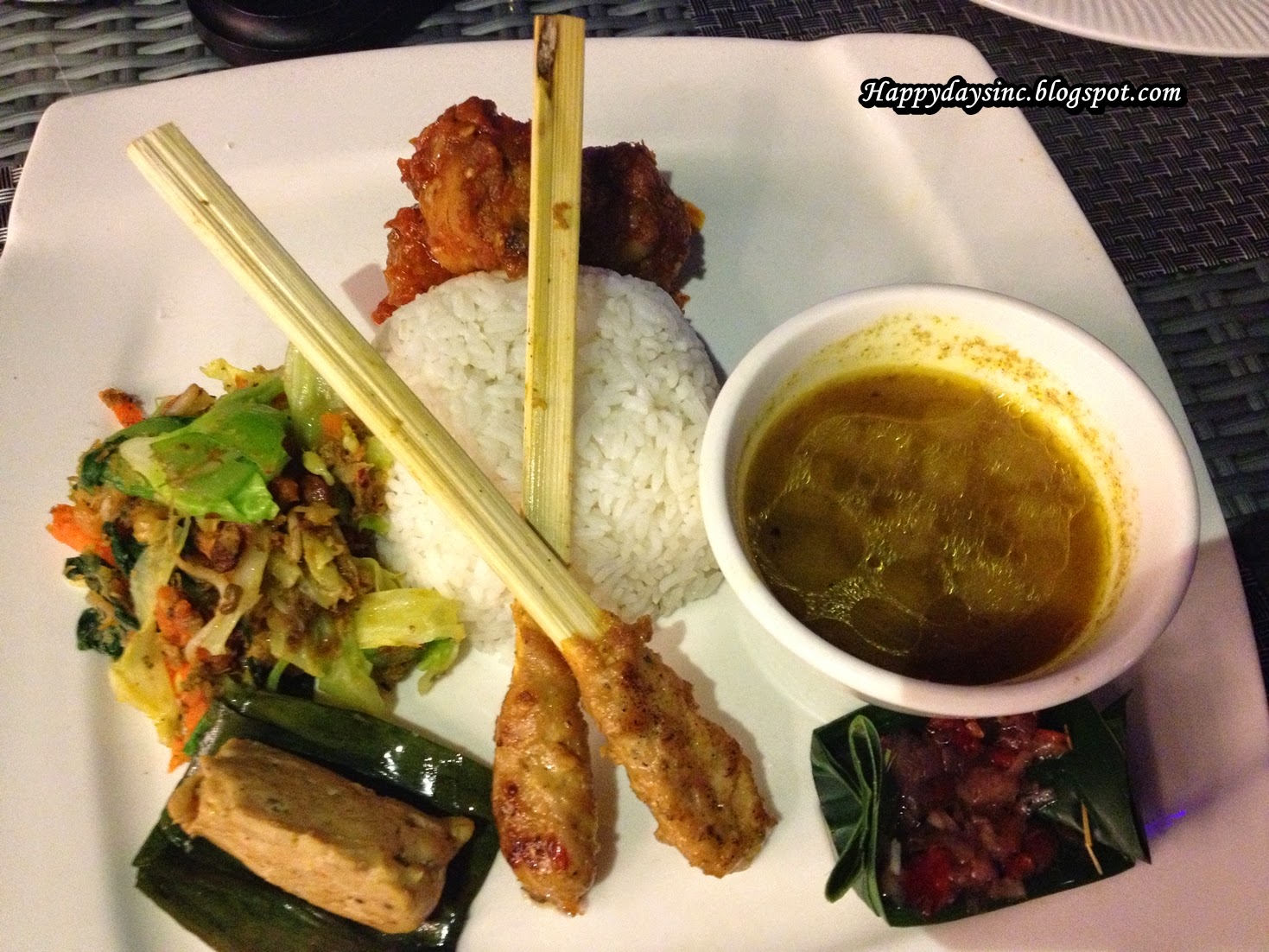 We paid IDR 380,500 per person for a deluxe room facing the back of the hotel. As we had to make some phone calls, we were charged even though some of the calls didn't get through. I didn't like that no one told us about that and we ended up paying for seven calls even though we only needed two.

This place, definitely not on my recommended list. On the plus size however, it is only a 10 minutes drive from the airport. Even at peak hour, it will only take 15 minutes to reach the airport. I suppose if you are looking for a place to stay before a flight, this would be the hotel to look at.
Posted by Tania at 10:36 AM

The information in this blog is extremely useful for the people.
www.ratecompares.com

Hmm!! This blog is really cool, I’m so lucky that I have reached here and got this awesome information.
ratecompares

I think I have really come on the right place for getting the perfect info.
travel websites that compare prices

If you want a budget-friendly resort which offers quality facilities and services, then the Nora Beach Resort and Spa is for you.Tub Headquarters

I think I have really come on the right place for getting the perfect info.
compares hotel pricing

The caliber of information that you're offering is merely wonderful.
online hotel booking