Under Armour has landed in Midvalley!

It has been an exciting week for me because not only has Avengers hit the big screens but also because one of my favourite sports apparel brands has finally opened up its third outlet within Malaysia in my territory Mid Valley! 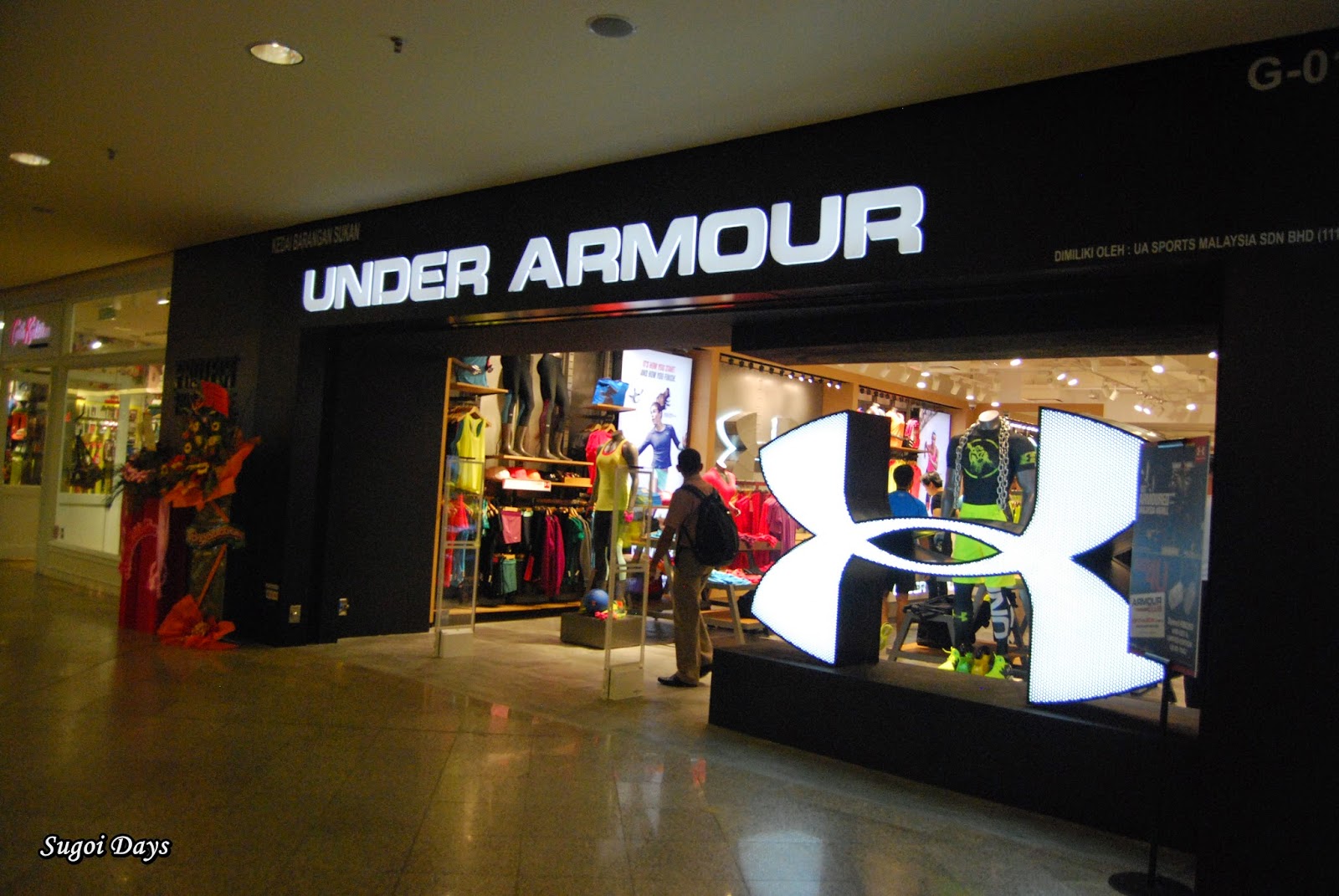 Every time my friends and I traveled abroad to do whatever crazy obstacle challenge race or climb some random mountain, we always find time to go hunting for an Under Armour store in that country because we just like the brand that much and also previously it was unavailable in Malaysia. Well, not anymore! 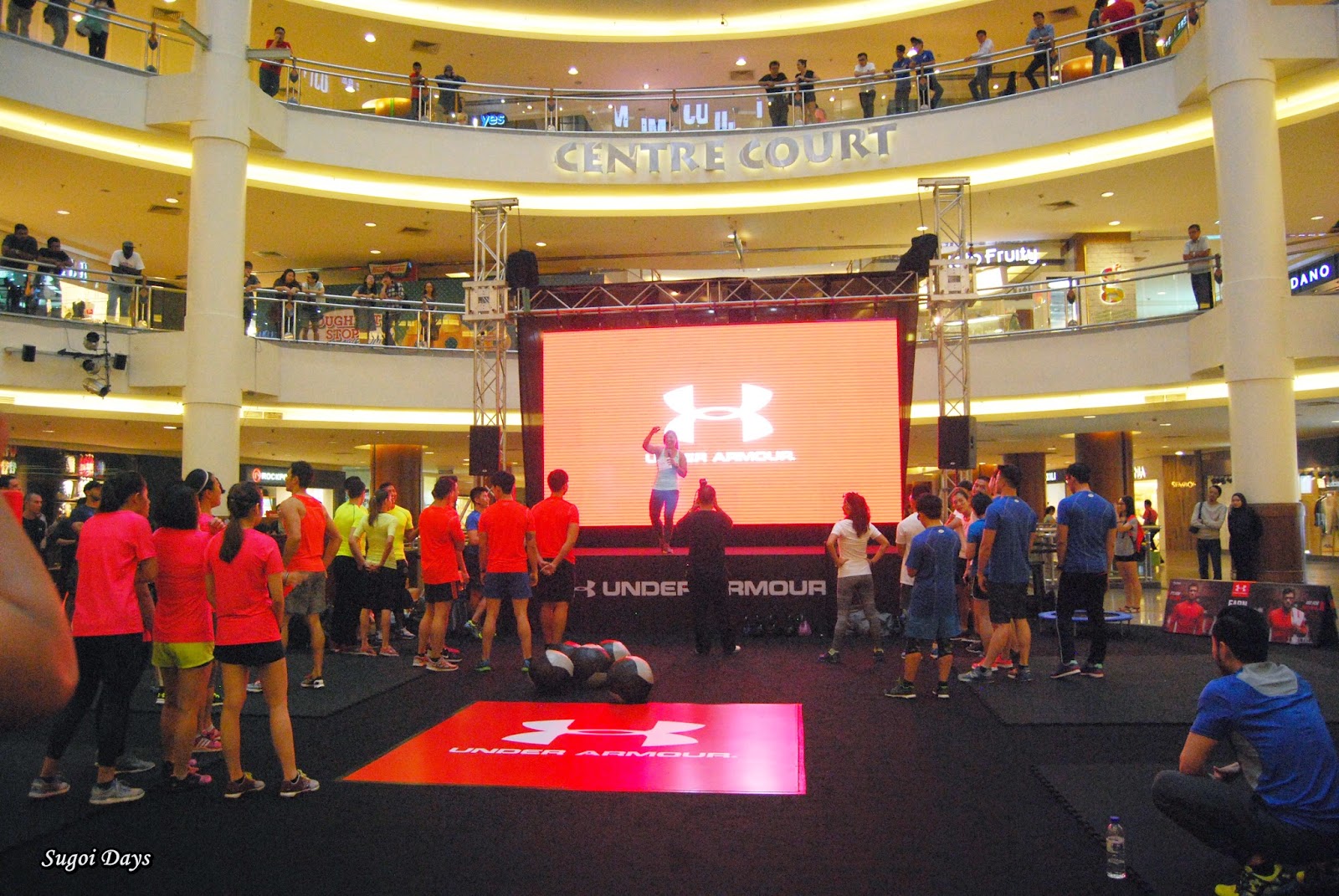 Midvalley joins KLCC and Pavilion KL as one of the three major shopping malls to house an Under Armour outlet. In true fitness freak fashion, the launch of the new outlet was kicked off with a media fitness challenge where members of the media, celebrities and Under Armour's own ambassadors went toe-to-toe in a series of basic high repetition exercises like squats, pushups and so on. 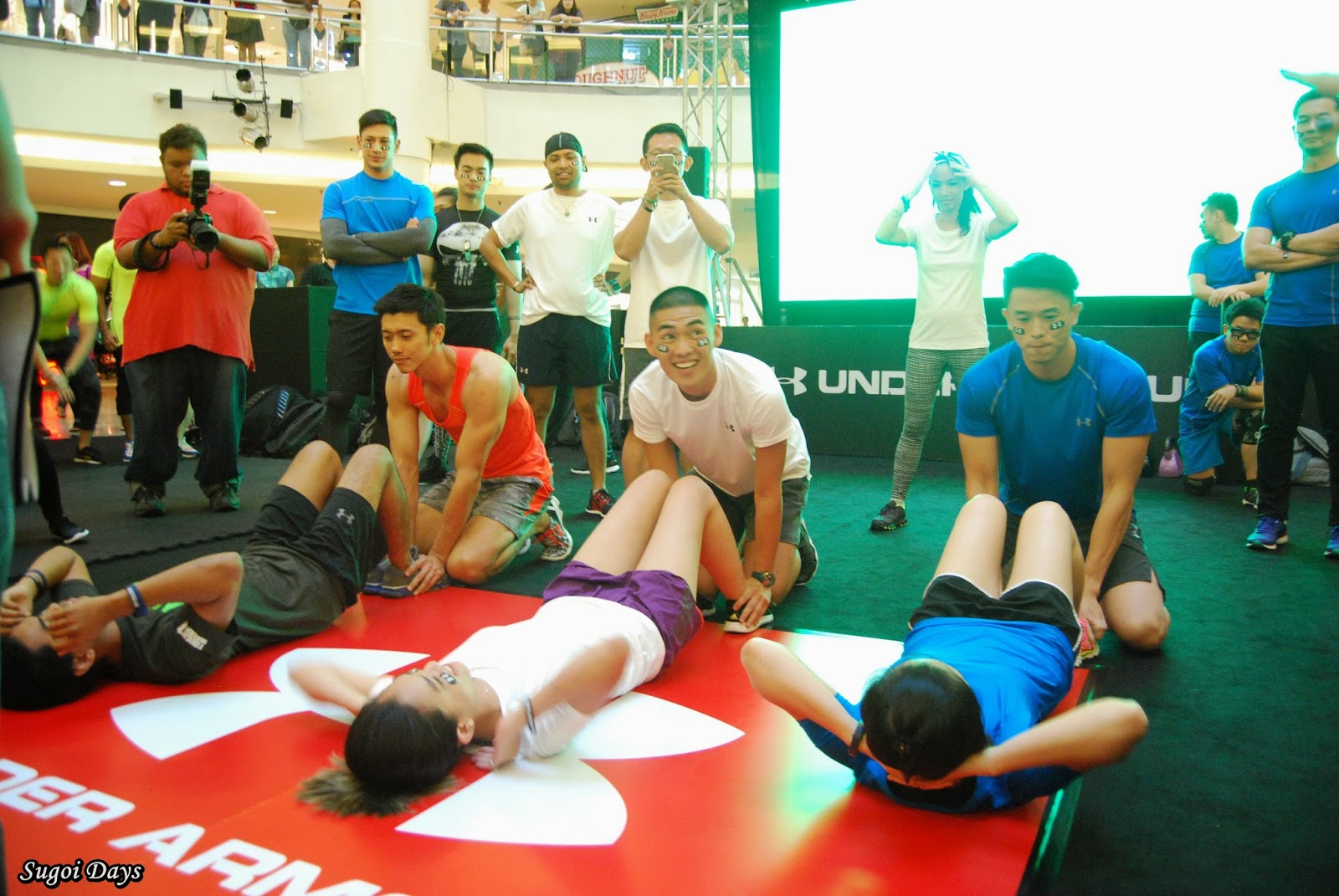 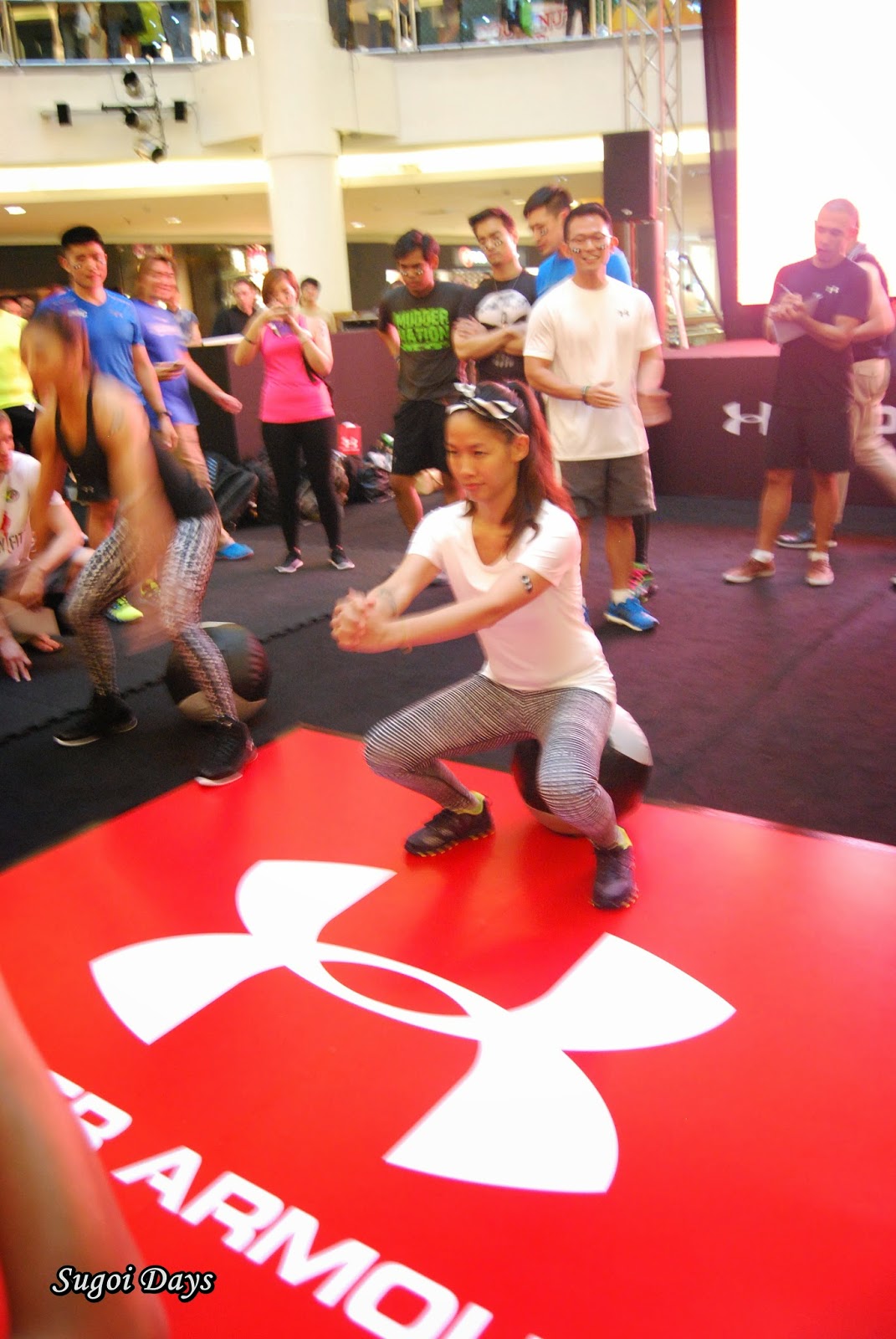 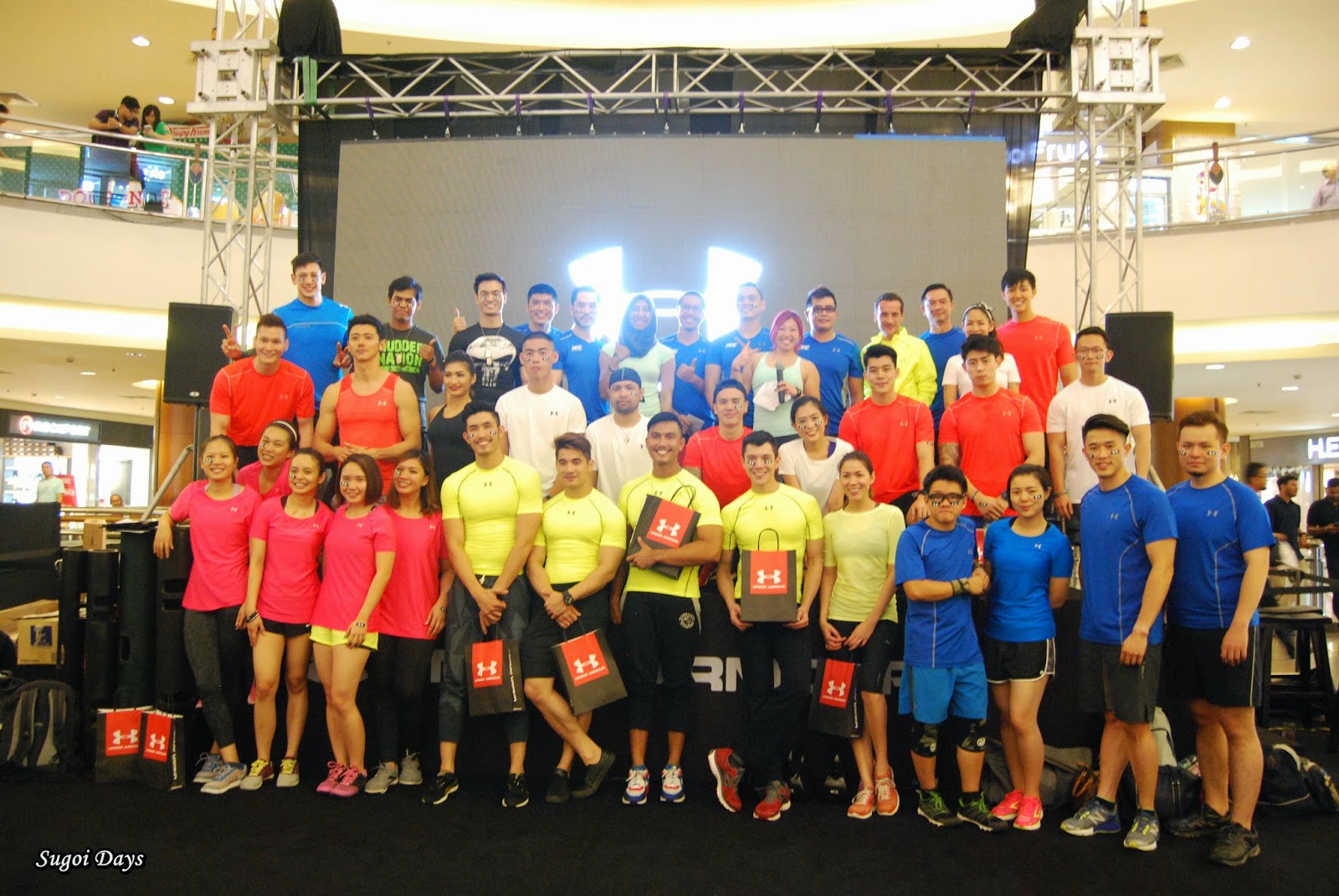 Under Armour South East Asia is distributed and managed by Triple Pte. Ltd and alongside Malaysia, Singapore has also recently just opened its new store. “Opening in Mid Valley is a natural step for the brand’s expansion in Malaysia,” said Michael Binger, Chief Executive Officer, Triple Pte. Ltd. “The response to our brand from athletes in Malaysia has been tremendous and we look forward to increase our presence throughout the country.” 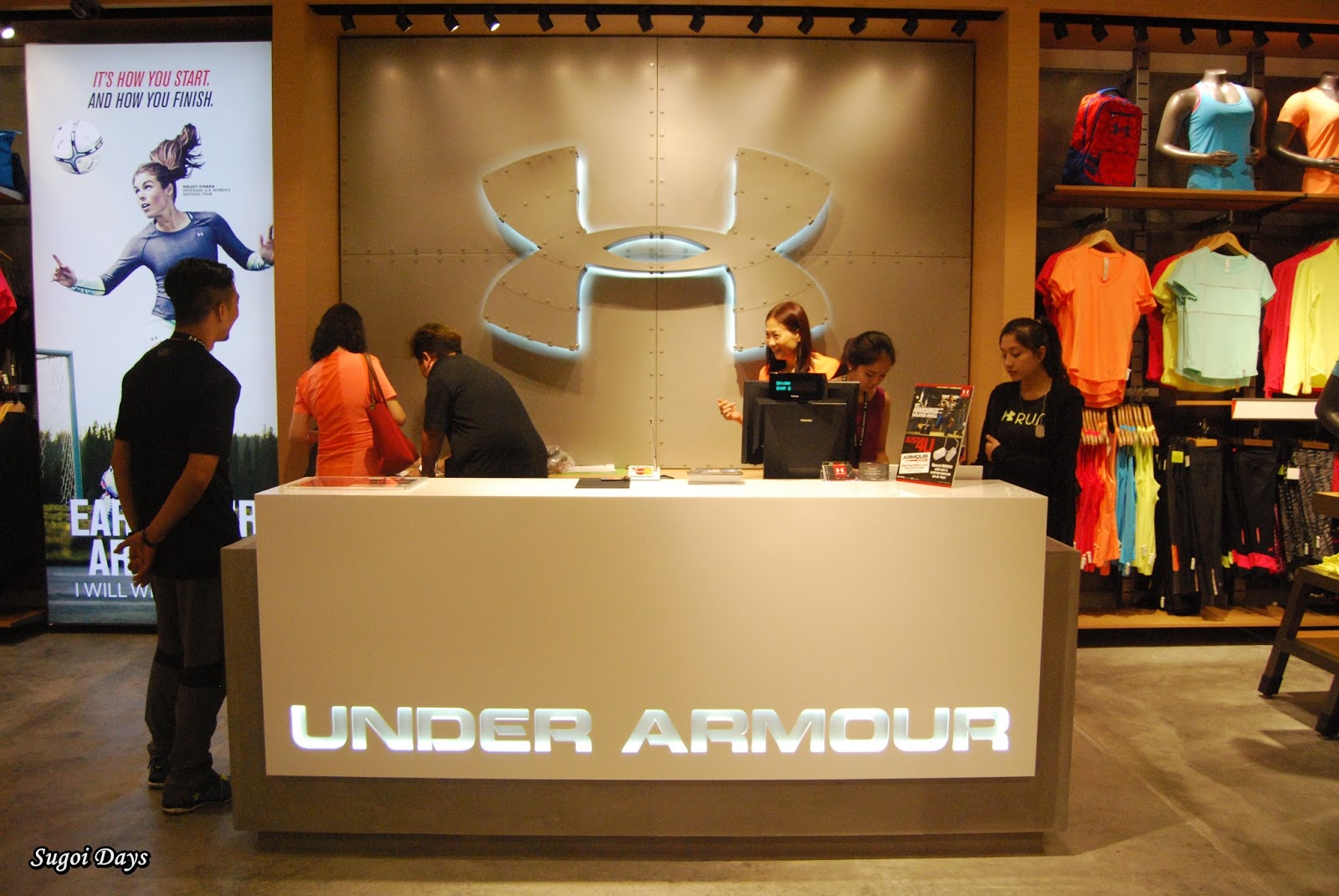 Some of the familiar local celebrities working with Under Armour are such as Linora Low, Peter Davis and Nana Al-Haleq. Most were spotting the latest Spring/Summer 2015 collection which are available in stores and were selling like hot cakes which I found out when I paid the new Mid Valley outlet a visit two days later. 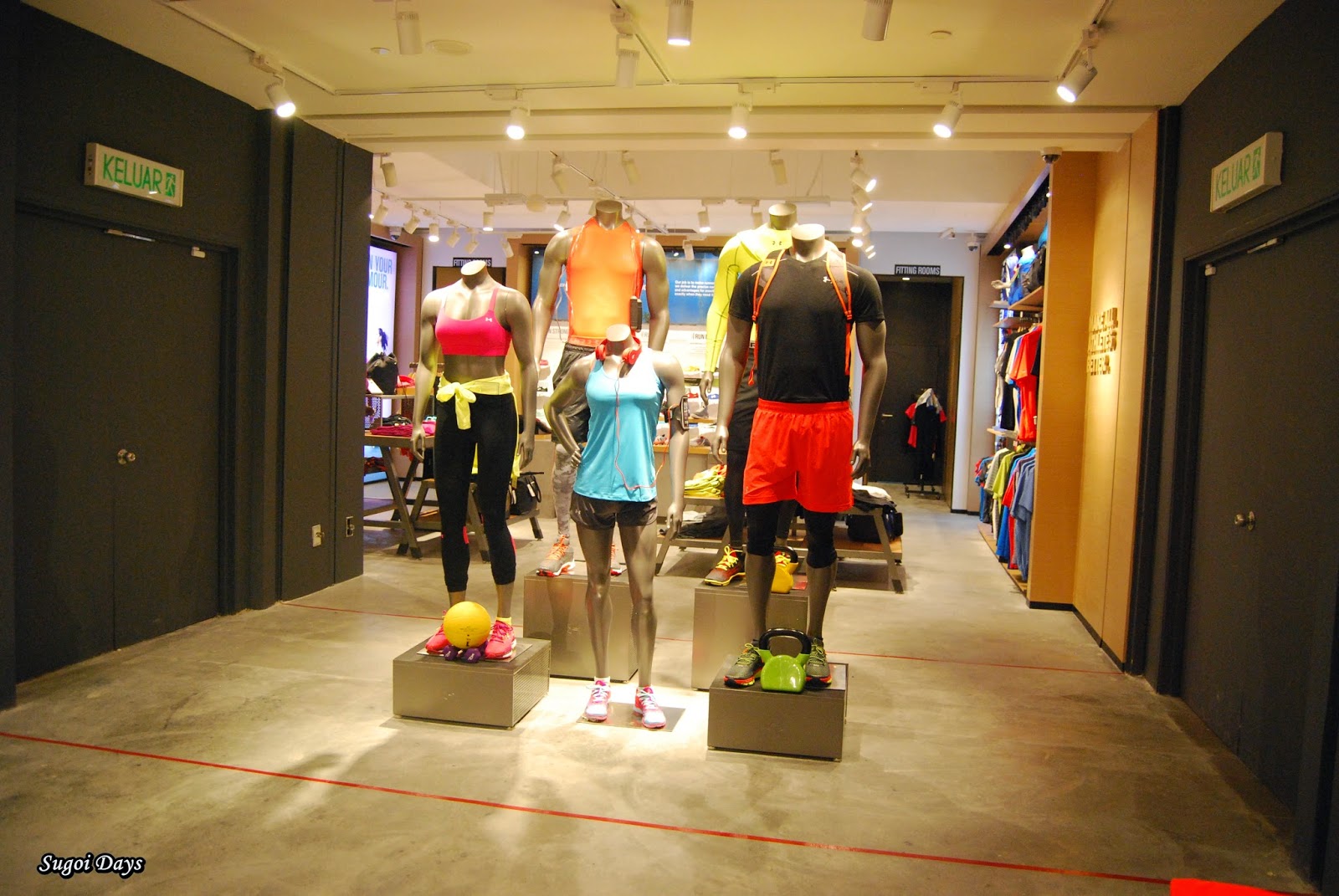 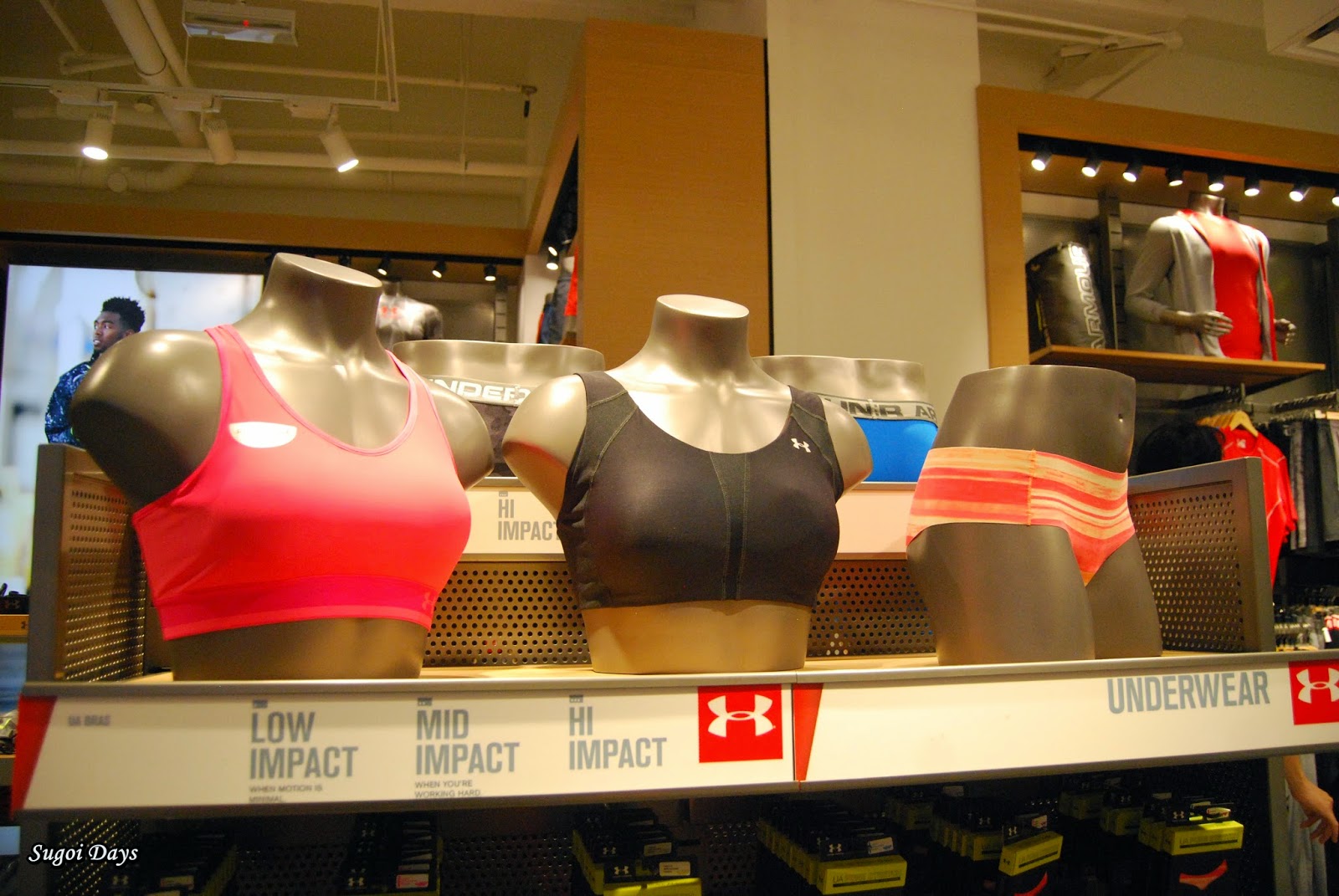 Under Armour is a training brand for all athletes including swimmers and dancers and the brand strives on constantly innovating itself to equip all their products with their latest technology in sports apparels. The SS2015 collection includes the brand's technological innovations such as the HeatGear® Sonic, HeatGear® Flyweight, ColdBlack®, ColdGear®, UA Storm, UA Tech™ and the popular Compression range. Additionally, among the technical apparel available is HeatGear® ArmourVent™, a new training apparel technology platform available in both men’s wear and women’s wear. 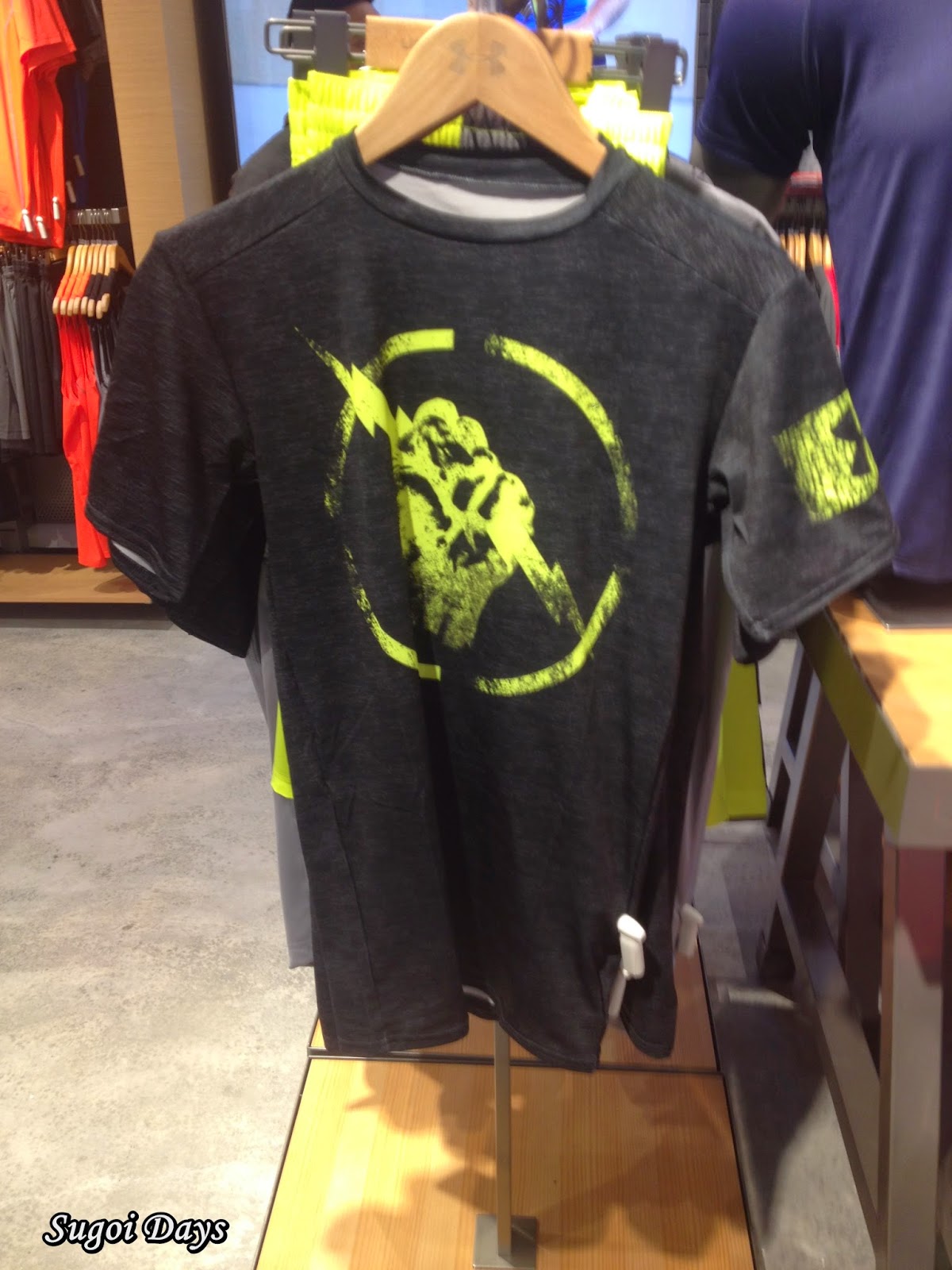 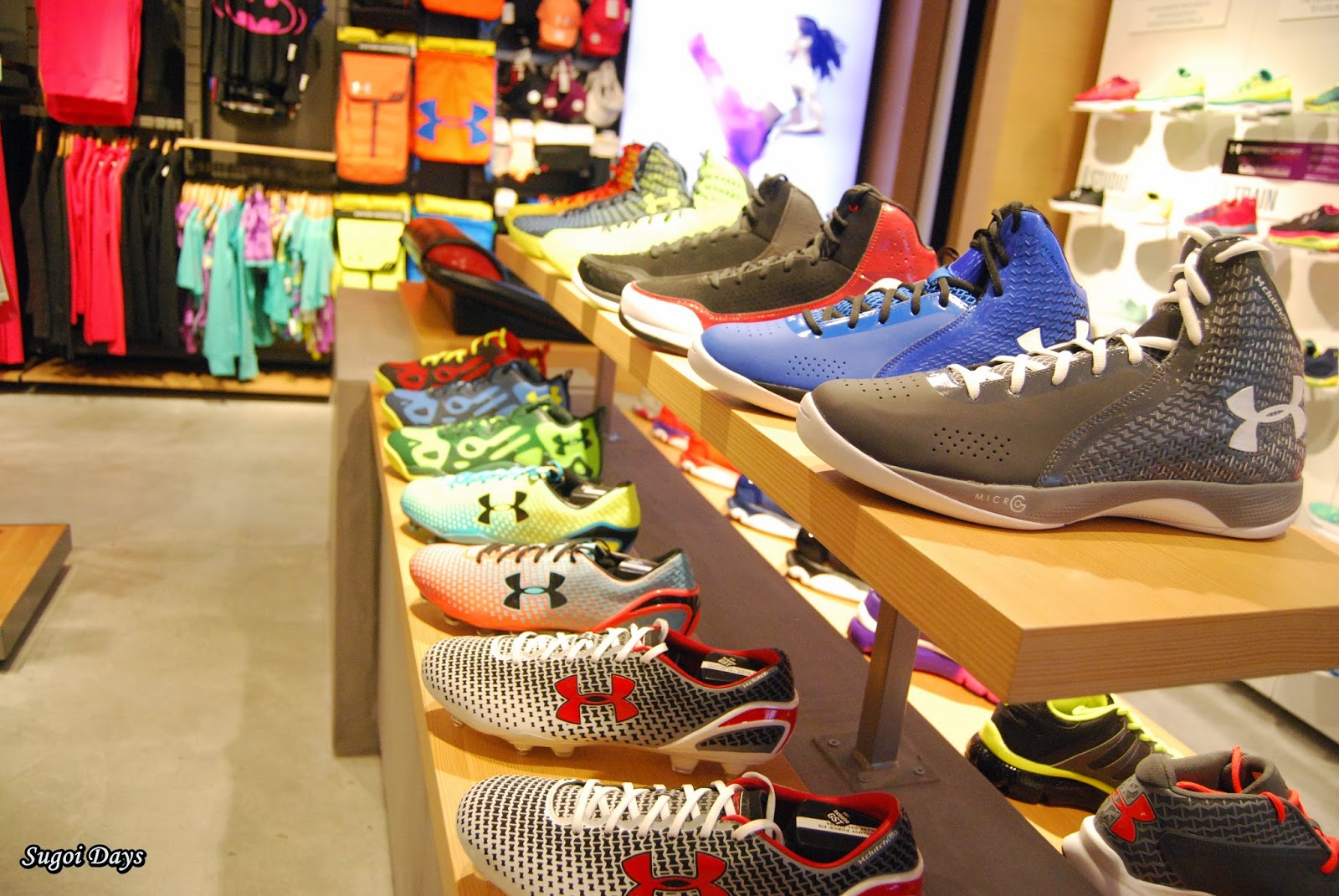 Also keeping up with the latest trends worldwide, Under Armour is also offering the Marvel's Avengers Alter Ego compression shirt range in line with the release of Avengers 2: Age of Ultron. Already, Captain America's top was selling fast when I asked. So boys, best to hit the stores fast if you want to be the fulfill your childhood fantasy of being an Avengers. Psst, ladies. Don't worry. I heard from the Triple Pte. Ltd that they will be bringing in the Black Widow top too so look out for it. 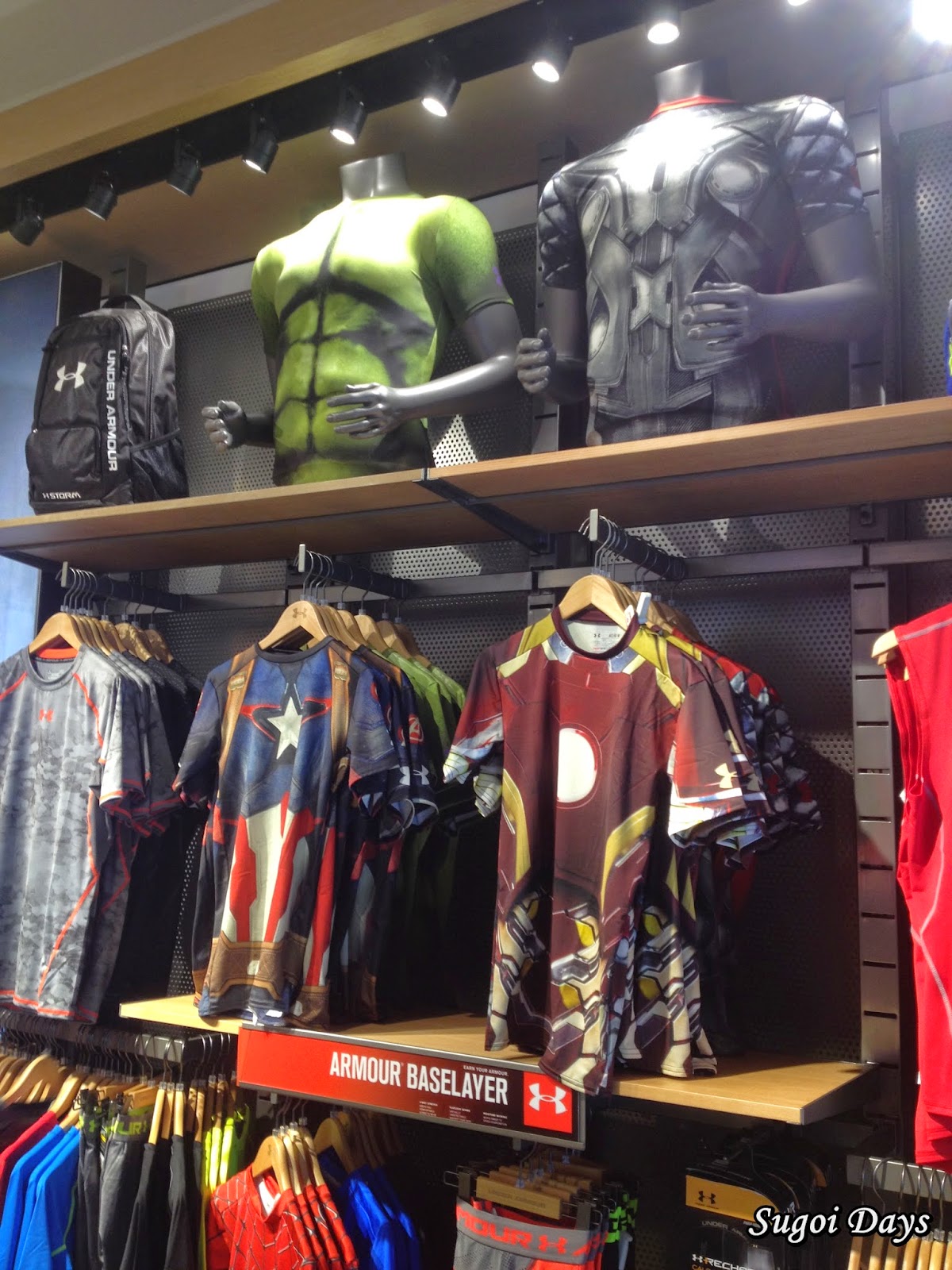 Earn Your Armour (EYA) Campaign
In conjunction with the Mid Valley store launch, Under Armour is also launching its Earn Your Armour (EYA) campaign starting Tuesday, 28th April 2015, which will be held at the rooftop of Avenue K. This campaign is part of a global initiative to educate the public about a healthy lifestyle and the fitness concept. EYA Malaysia is a six week challenge programme to enable participants to join free workout sessions conducted by Under Armour’s gym partners. Throughout the challenge, participants will gain encouragement and training tips from the trainers who will be with them every step of the way, pushing them to Earn Your Armour. 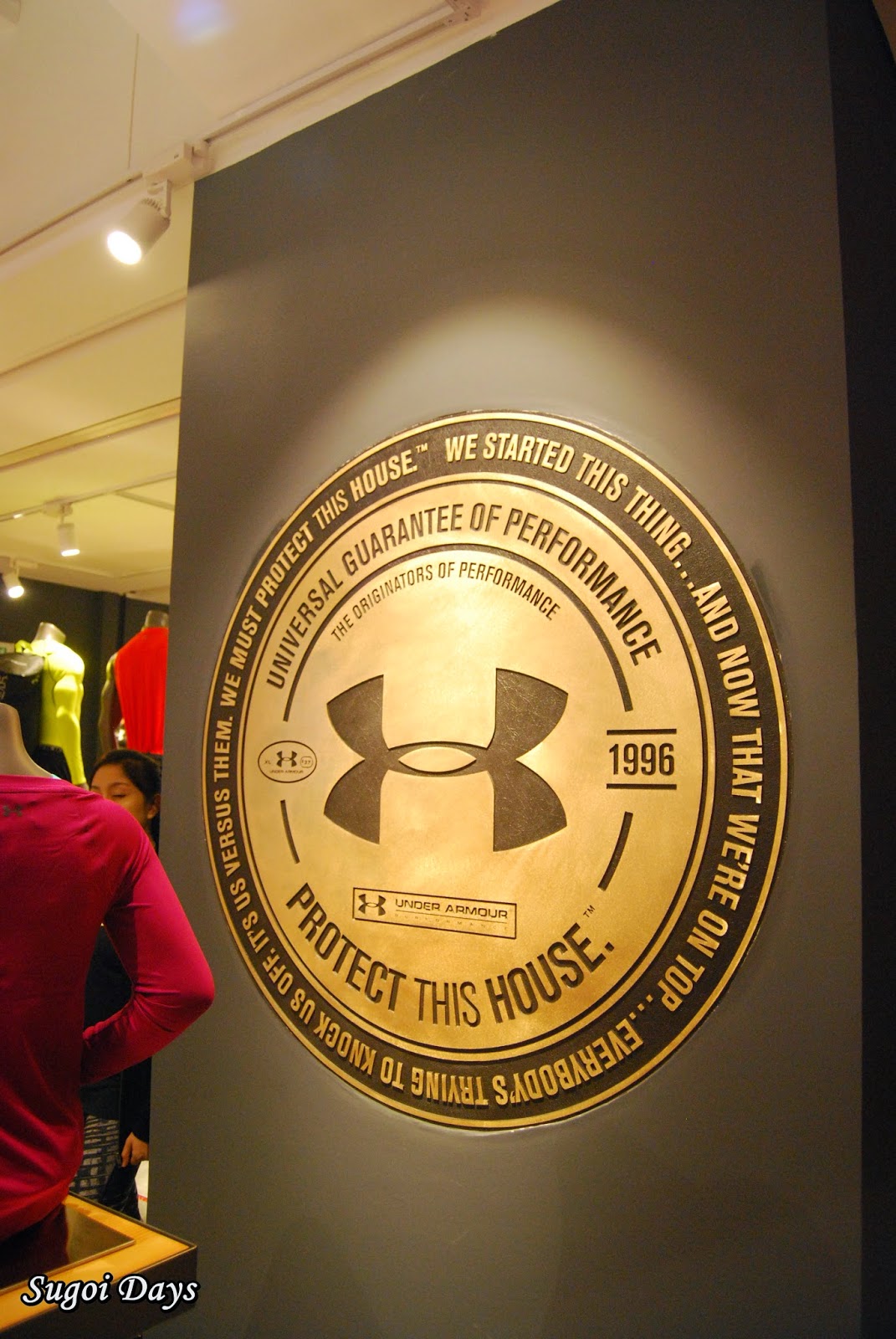 As part of the campaign, athletes can download the fitness app, Endomondo and sign up at www.tripleready.com/earnit to be in the running to win some awesome Under Armour prizes.

Now excuse me while I stock up on my workout clothes. Ciaoz! 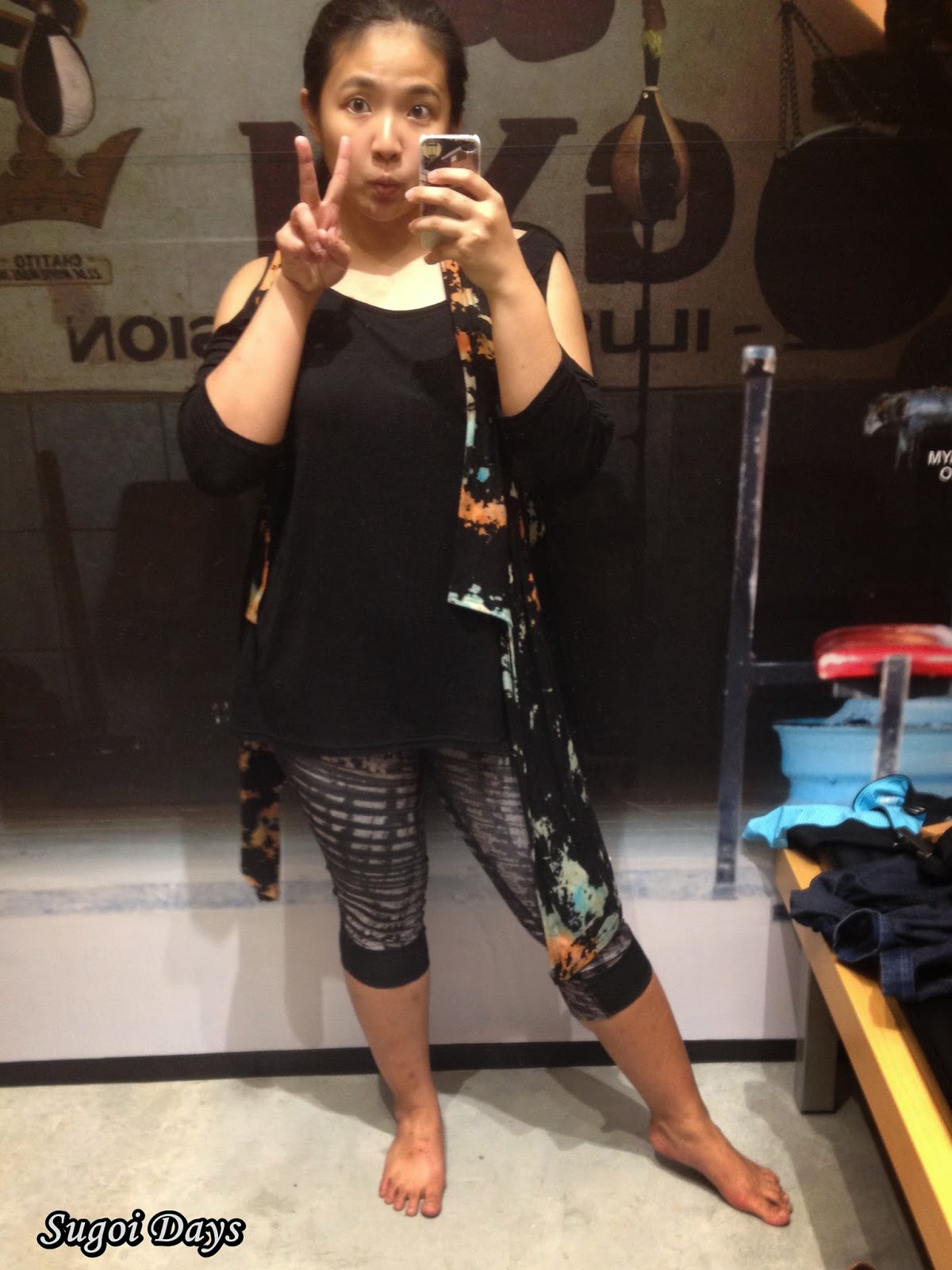 Thanks a lot for the post and being there! :) Hope you had fun at the event

Hi Linora!
I did! It was great fun :) and thanks for dropping by my blog!