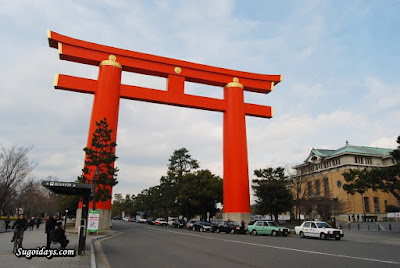 A mere teaser of what an awesome event race day itself was going to be, a preview if you will. To say I was excited to go for it was an understatement. The expo was held at the finish line destination of the race itself - Miyako Messe (Kyoto International Exhibition Hall) right next to the iconic Heian Shrine which will be part of the finishing background. 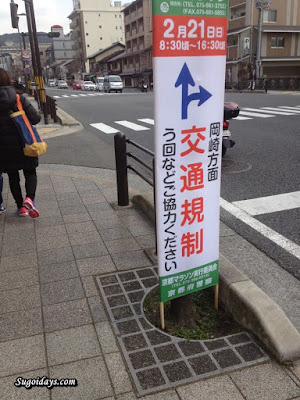 We took the Keihan train from Gion and transited over to the Tozai line where we got off at Higashiyama station. From there, it was a 8 minutes walk to the race expo. Directions were no issue with clear signages showing us the way from the station to the torii gates. From there, volunteers were at hand to direct us into the hall and to ensure we had all the necessary documents for the bib collections. Easy peasy. 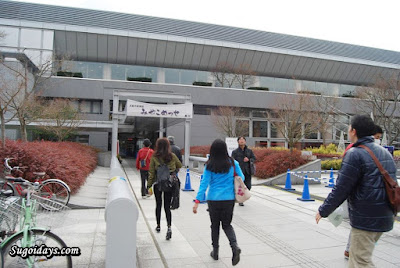 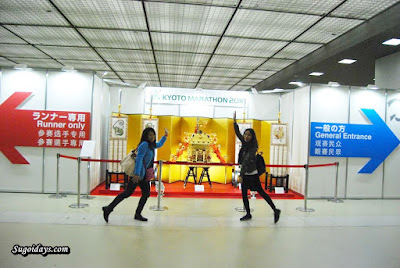 Foreigners were directed to specific counters with English speaking volunteers to help us. As a quick explanation of our race kits and bag drops, we were shown into the race expo hall. Race kit was fairly basic with just my bib and a buff to wear for the race along with several pamplets and a race guide (in Japanese. The english version was sent earlier via email). No race shirt nor will there be a finisher shirt at the finish line. I brought my own commemorative shirt at the expo. 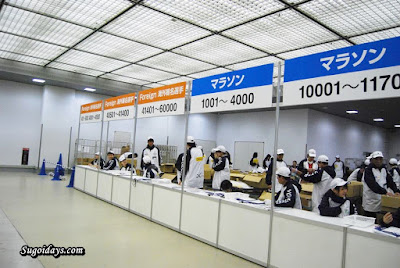 As one of the main sponsors of the race, CWX was the first booth we saw. Compression wear galore indeed. Moving further into the hall were the other sponsor booths: Lycra, Toyota, Kyoto Aquarium and so on. 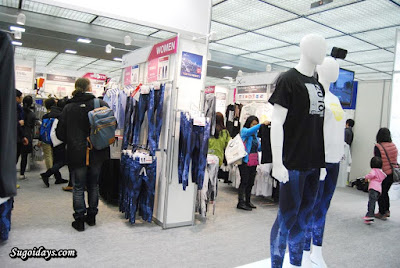 The exhibition featured posters of the past winners, the finisher entitlements and even a 3D map of the marathon route. 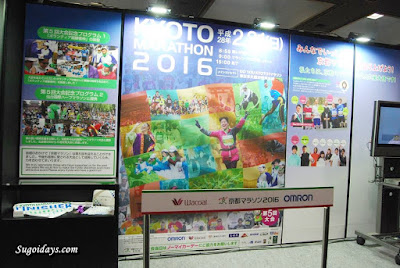 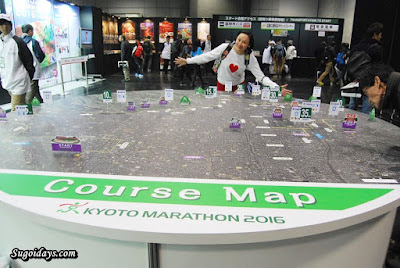 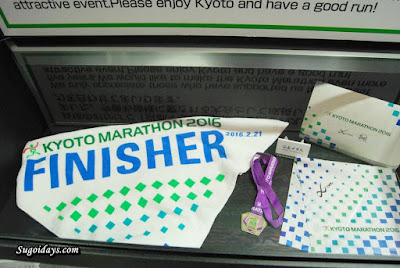 When we were there, one of the past winners was giving a talk on stage. 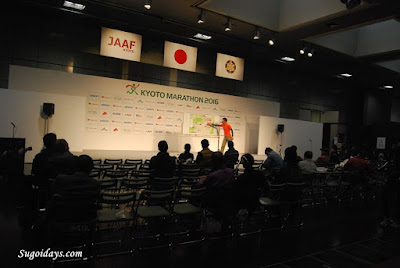 My mother stocked up on her energy and recovery gels while I managed to buy two pairs of socks, running gloves and a raincoat in case of cold and rain at the Big Step booth. They had everything at super rates and discounts on several of its stuff. Mum almost brought a pair of Mizunos but sadly they didn't have her size. 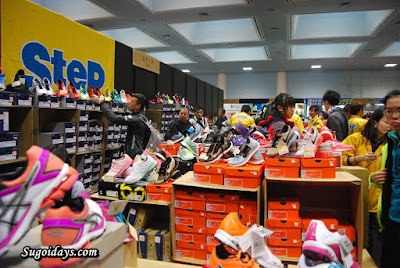 The next section was my favourite - FOOD! A whole section dedicated to the local cuisine - gyoza, ramen, grilled seafood and of course, sushi. We sat down at the benches provided and ate our tummies' fill at the expo while sipping on the Asahi Zero beer (no-alcohol beer) distributed earlier. 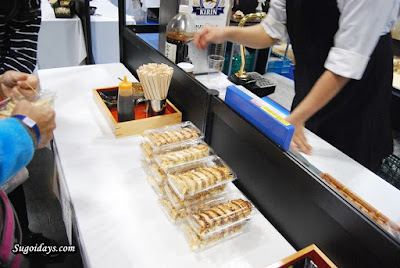 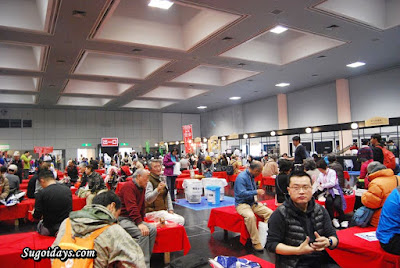 There was even an official Kyoto Marathon merchandise corner where participants can buy cookies, chocolate and even shirts and towels as souvenirs. 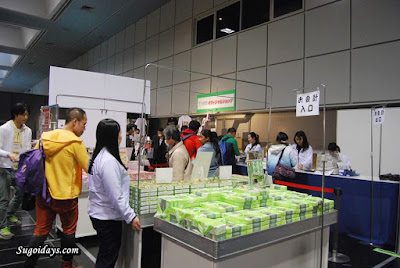 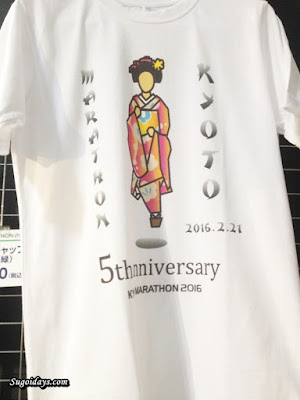 After the expo, we checked out the ROHM Theater Kyoto where the women's changing room will be post-race and also the Starbucks attached to it as a possible meetup point. 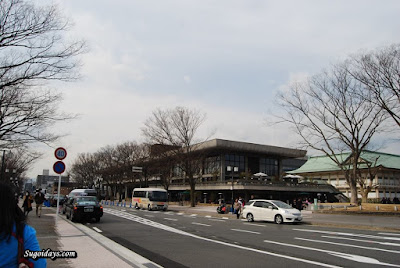 It was also at the expo that mum and I decided that we needed to get lightweight Uniqlo jackets to fend off the cold during the run.
Posted by Tania at 2:34 PM