Under Armour Test of Will Malaysian Heat Results

The Malaysian Heat of the Under Armour Test of Will took off with a flying start with many participants heading to Sunway Pyramid over the weekend recently to compete in the challenge for a chance to be Under Armour's Brand Ambassador. The top two males and females from Malaysia will be joined by the top athletes from Philipines, Singapore and Thailand in the finale event in Singapore. 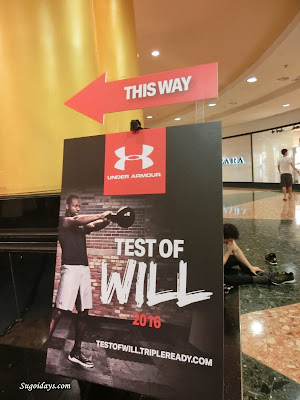 The finalists will be competing for an Under Armour sponsorship package for 12 months. In addition, the winners in the male and female categories will be featured in leading health and fitness magazines Men’s Health Singapore and SHAPE Singapore. And who knows what other opportunities will come their way from this? 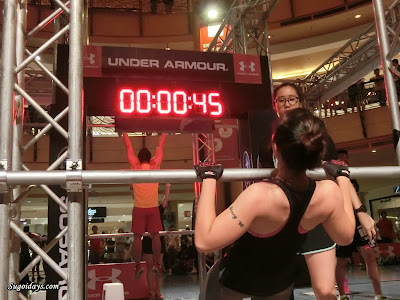 I dropped by the event on its first day to support my friends who were mad enough to join this challenge. The challenge required them to push out as many burpees, goblet squats, dumbbell overhead press and pull-ups/rows as they can in four minutes (one minute per exercise with a 15 seconds rest and transition period.). The points are then scored by the total number of reps completed for all four exercises. 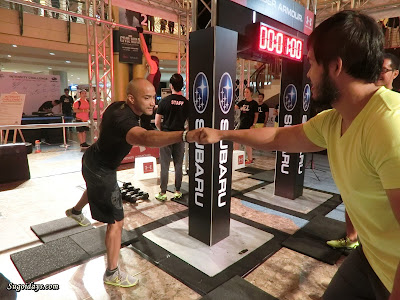 The atmosphere was buzzing with competition and sportsmanship as participants stepped up for their respective heats. On-site registration was possible, probably due to the low turnout of participants at Pyramid. A quick scan on the social media channels told me that numerous fitness and health event were being held that weekend. Tough luck indeed for the organisers. 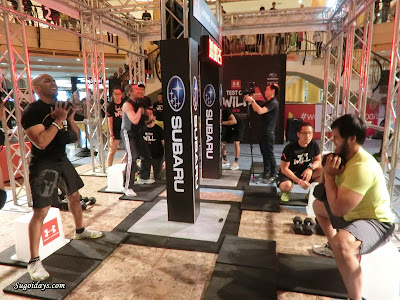 But no matter because those who turned up put up a show of steel power and determination as they powered through the four exercises. Just standing on the sidelines, watching and cheering them on, I could feel their muscles burning and their heart pumping away like a sledgehammer. AMRAP burpees were no joke, followed by goblet squats (20kg for men, 10kg for women), overhead presses with dumbbells (10kg for men, 5kg for women) and finally pull-ups or chin-ups for men and rows for the women. 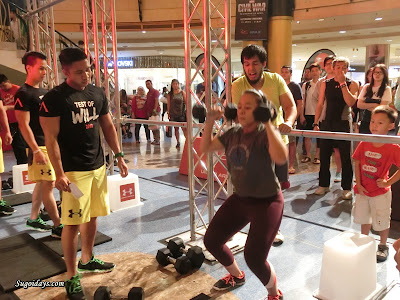 Throughout both days, ranks were constantly moving up and down but at the end of the day (as of 12midnight, 25 April 2016) these were the results according to the website. 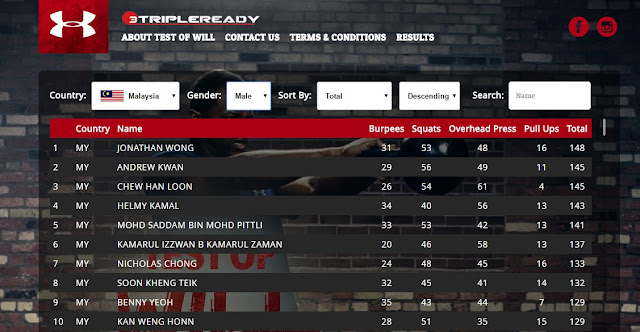 Stay tune for more updates on this challenge and the grand finale to be held on 28 May in Singapore.
Posted by Tania at 12:02 AM