The Right Way of Running at SCKLM Running Clinics

Running used to be a simple affair. Put on whatever BATA sport shoes your parents deemed as sport shoes and just run, one foot in front of the other at a rapid pace and repeat. Nowadays, the simple BATA shoes don't cut it no more. It is all Nikes, Adidas, Pumas's and Brooks. Shoes specialised with the running tech to make you go faster, longer. However try as you might, at the end of the day, the one who makes the difference is you. 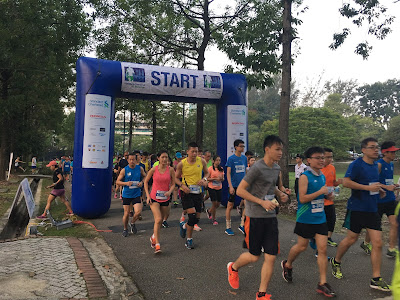 Well aware of this, SCKLM 2017 organisers have pulled together a series of running workshop for its runners. The Standard Chartered KL Marathon Running Clinics are gaining in popularity as more than 300 runners took part in the second round of Running Clinics organised by Dirigo Events, owner and organiser of the premier running event in the country, over the last weekend. There was a Junior Running Clinic on Saturday, 11 March for children between the ages of 6-12, a general clinic for adults on Sunday and even a specialised Running Clinic for those attempting their first Half Marathon. 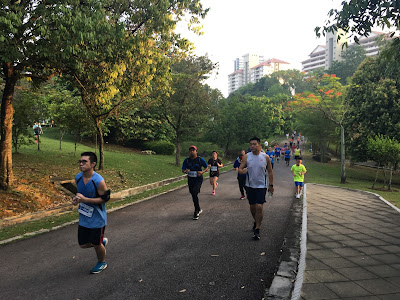 “We are delighted that the clinics are getting more traction from participants. We were one of the first running events in Malaysia to start organising Running Clinics in 2009 with an average of 50 participants or so per clinic, and we are now starting to see bigger interest in these clinics,” said Rainer Biemans, Director of Dirigo Events and Project Director of SCKLM 2017. “More runners are starting to recognise the importance of the correct running and training techniques and find these clinics extremely useful as they can also get all their questions answered by our official running coach Mark Williams,” he added. 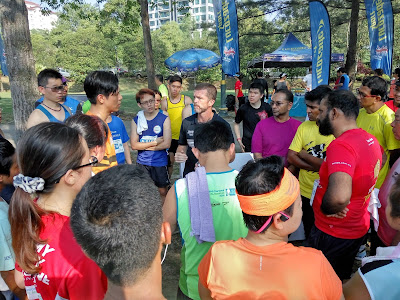 The General Running Clinic for the adults on Sunday at the Bukit Jalil Recreational Park looked more like a running carnival with hundreds of SCKLM participants there from the crack of dawn, along with sponsors who set up booths to provide refreshments or display their products and services. Title sponsor Standard Chartered Bank provided coffee and bananas to famished runners while apparel sponsor Brooks had a booth that provided accurate measurements of runners’ feet that would help with selecting the right type of shoe that best suits your running gait. Lucozade were also on hand to keep the runners hydrated throughout the clinic.

While the first Running Clinic was all about what you need to do when “Starting To Train” this second Running Clinic was focused on the “Correct Running Form”. After some dynamic stretching exercises, Mark Williams showed the runners how to run in a way that minimises resistance and enhances running efficiency. The participants then went on looped runs around the park with the number of loops depending on the category they have entered for the race, before ending with strength and conditioning exercises. 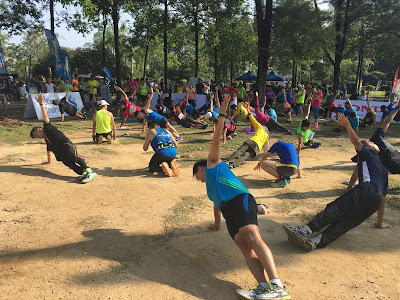 I have yet to try out any of their running clinics due to clashing races and OCRs but I intend to make it to one before my half marathon at SCKLM. Runners can still sign up for the remaining Running Clinics as there are two more General and Junior Clinics to go before Race Day. You can find out more at www.kl-marathon.com
Posted by Tania at 9:00 AM