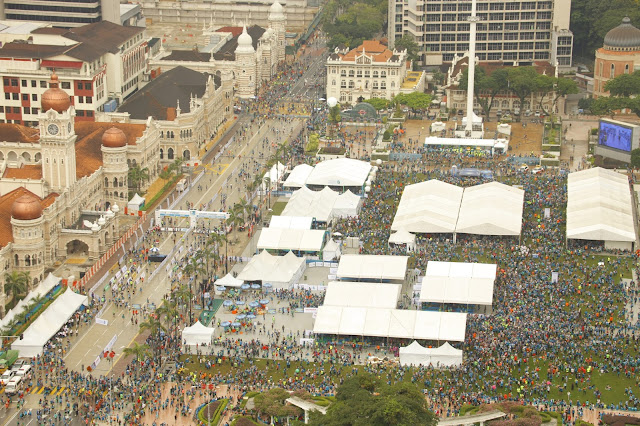 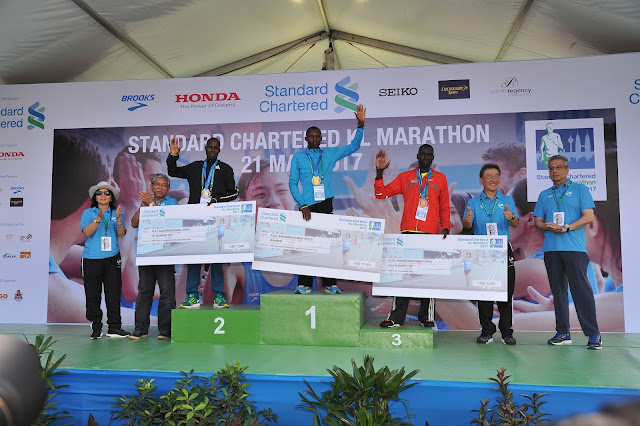 FM Open winner Cosmas, was delighted that he not only won the title but recorded a personal best while fighting off multiple winner Kennedy. “I was running against strong opponents but I kept to my game plan and really enjoyed the run through some great scenery,” he said.

3. Malaysians Top Elite Runners ups the standards!
The Full Marathon Malaysian Men’s category saw a close battle between defending champion Muhaizar Mohamad and Leo Tan Huong Leong. These two vastly improved runners were neck to neck until close to the finish when Muhaizar eventually repeated his triumph in last year’s Standard Chartered KL Marathon with an improved time and personal best of 2:35:55. Leo narrowly finished second in a time of 2:38:06 and Ow Yong Jin Kuan came in third in 2:43:45. The Full Marathon Malaysian Women’s category was clinched by Yuan Yufang in a time of 3:23:00, while Loh Chooi Fern clocked 3:25:55 to come in second and Chua Khit Yeng got third place in a time of 3:33:46 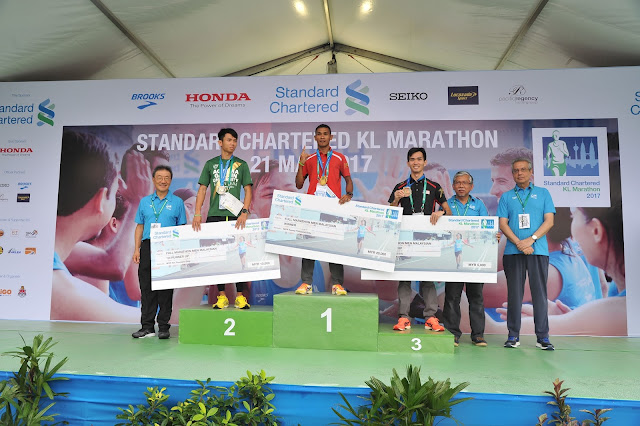 Like Cosmas, Muhaizar was also thrilled to have retained his title, especially after the tough competition with Leo. “It was a hard race but I’m very happy to have defended my title and even happier to record another personal best at the Standard Chartered KL Marathon,” he said.

4. Empowering People, Changing Lives
Mahendra Gursahani, Managing Director and Chief Executive Officer of Standard Chartered Bank said, “As title sponsor, we are delighted to be able to play a part in empowering people from all walks of life to make a difference through this amazing event. There are inspiring stories everywhere today and this is a testament to the power of the Marathon. Congratulations to all our winners and our sincere appreciation goes out to all participants for their tremendous support.”

This was exemplified by more than 30 visually impaired runners who took part in the 5km Fun Run, along with volunteer “running buddies” from Standard Chartered Bank. 20 autistic children from Permata Kurnia and over 100 underprivileged kids from Sivanandha Home and Care2run also participated in the race across various categories. Standard Chartered KL Marathon’s Run For A Reason charity initiative remains an integral part of the event, channelling funds raised to deserving charities that assist underprivileged communities and those in dire need. This year the participating beneficiaries were the Standard Chartered Foundation, National Cancer Society of Malaysia, Dignity for Children Foundation and Hospis Malaysia.

5. An International Standard Event
SCKLM 2017 was an event of an international standard and dare I say....better even than the Tokyo Marathon. I'll cover more on this in my race recap of my half marathon but yes, in my own personal experience, SCKLM reminded me so fondly of the Kyoto Marathon.

Efforts to make the Marathon more competitive, like having a seven-hour cut-off time and route checkpoints appear to be paying dividends as more than 8,000 runners signed up for the Full Marathon category this year. There were also close to 1,700 running tourists from 52 countries and 75 nationalities taking part making SCKLM a truly international event. SCKLM was also the first stop in Englishman Andy Dukes’ epic marathon ride around the world on his BMW motorbike while running in six marathons in six continents. 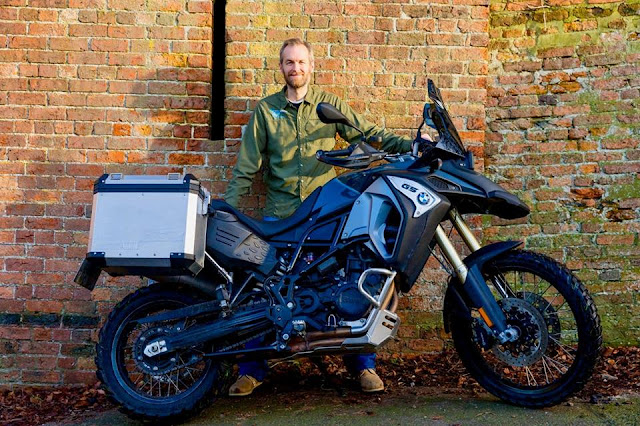 SCKLM 2017 Race Day was preceded by the Race Entry Pack Collection from 18-20 May which was a bigger affair this year with the inclusion of the Prudential Healthy Life Expo, as well as the Friendship Run and Pasta breakfast on 20 May which saw Full Marathoners from Malaysia and around the world gather for a warm-up run and mingle in a more social setting.

Apart from the Full and Half Marathons, the Standard Chartered KL Marathon 2017 also featured a 10km distance and a 5km Fun Run for social runners, along with Kids’ Dash categories for children under 12 years of age. There were also several categories like the Corporate Challenge, Media Challenge, Universities Challenge and Ministries Challenge to either raise money for charity as well as provide friendly competition and bragging rights for the eventual winners.

On to a better 2018 with SCKLM!
The Standard Chartered KL Marathon has grown to become the premier running event in Malaysia, drawing thousands of local and international runners to the country whilst firmly establishing Malaysia in the global running calendar. The 2017 edition of the race once again saw Standard Chartered Bank Malaysia returning as title sponsor, along with a host of returning and new sponsors, including Honda, Seiko, Brooks, Lucozade and Pacific Regency. The event is owned and organised by Dirigo Events with co-organiser Dewan Bandaraya Kuala Lumpur.