Chu Yau Char or fried pork lard is one of my guilty pleasures. It's so sinfully simply delicious either as an addon to a dish or just as a snack to nibble on. And surprisingly making it isn't as hard as you would think as the ingredients only consist of two items and it can be done in less than 30 minutes. However as easy as it is, it's also very easy to screw up. Speaking from experience. 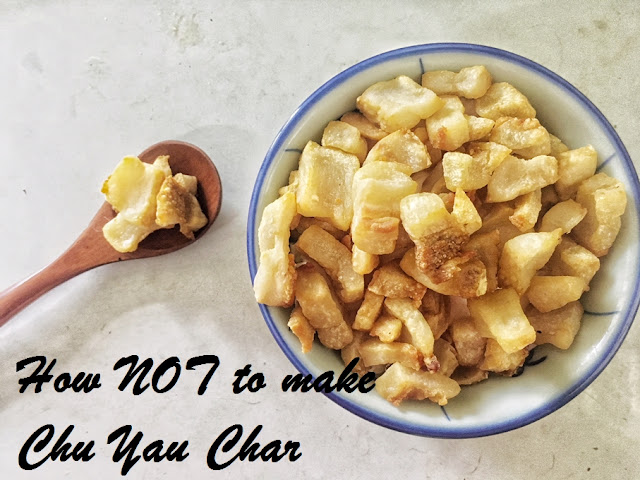 So here are a few tips as to what NOT to do when making Chu Yau Char.

1. Do not cut up your pork fat when defrosted or soft. It's actually easier to cut and slice into cubes when it comes straight out of the fridge. Transfer your pork fat from the freezer to the fridge section on the day you decide to make it to ensure that it's solid enough to cut and still soft enough when it hits the frying pan. 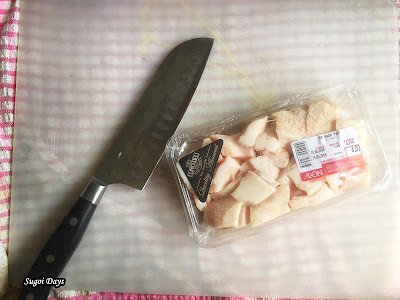 2. Do not cut it too small. As the oil drains from the fat, the lard will shrink in size and you would want to attain enough moisture inside for taste and to keep it from burning on the pan. About 2cm by 2cm would be just nice. 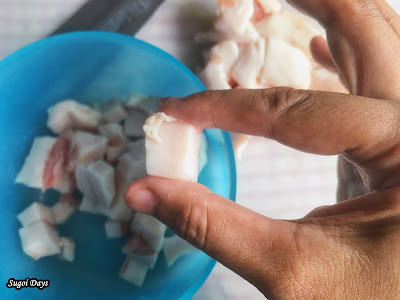 3. Do not forget to sprinkle salt over it. The salt will help dehydrate the fat better and ensure a crispier texture. It also enhances the flavour of the Chu Yau Char if you're planning to snack on it. 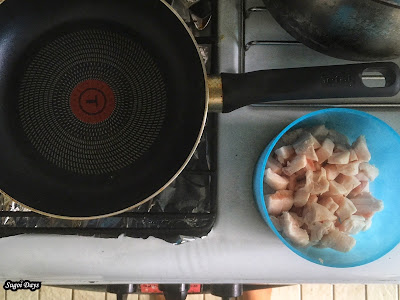 4. Do not forget to warm up the pan before putting the lard on it. It doesn't take long to heat up the pan on high fire. You do not need oil or butter as the natural oil from the fat will seep out as soon as it hits the pan and soon your fat will swimming in a pool of its own oil rendered. 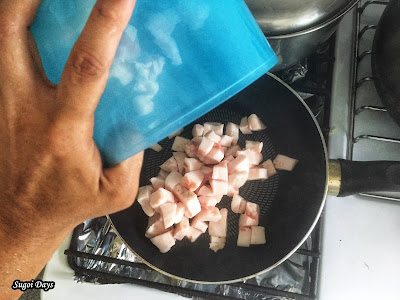 5. Do not leave the fat idle on the pan. Get a more evenly crunchy surface on the lard by constantly shifting and moving the fat cubes around with a wooden spatula. Do it gently to prevent the oil from splashing. 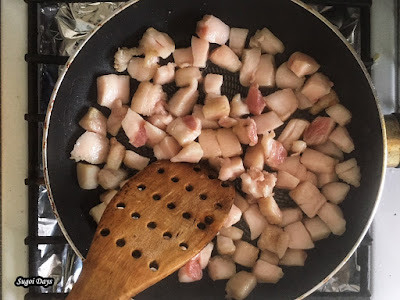 6. Do not overcook it. Four minutes should be just right to get that light brown colour on the surface. As you remove it with a ladle or thongs, the insides of the fat will continue to cook with the leftover heat. Place the fried fat on a strainer over the pan to drain the oil. 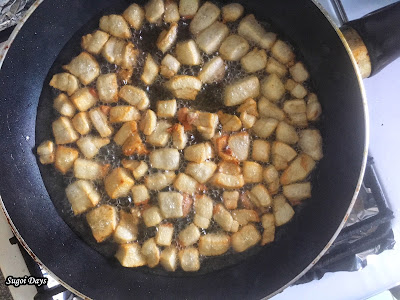 7. Do not immediately put it in a container. Allow the Chu Yau Char to cool down to room temperature and for the crispiness to set in. When you transfer it to a container, make sure it's an airtight container otherwise your Chu Yau Char will loose its crunchiness. 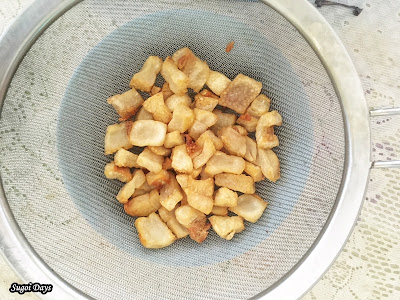 8. Do not throw away the rendered oil in the frying pan. Once cooled, you can store it away in a glass bottle or container and use it for daily cooking. It usually takes a couple of tries to get the taste and texture that suit you but the good thing about Chu Yau Char is that the ingredients are cheap and doesn't require much prep time.

So what do you think? If you have anymore tips or ideas to share on how to make the perfect Chu Yau Char, just leave it in the comments below.

I am just salivating at the sight of your pork lard pictures. Good post!

Trust me. taking the pictures were hard becos i kept eating my own cooking

One day when we were enjoying siew yoke (roast pork) my wife remarked that a good siew yoke is judged by the crispiness of the skin. That got me thinking and on my next visit to my butcher, asked for some skin (treated as waste and thrown away). I came back, boiled the skin and cut them into tiny pellets. Then I placed them in some oil and put a cover on the wok when the skin started exploding. When the explosions subsided, remove the wok cover and watch the chee yow char brown. Try this, I promise you a gala time adding this to Hokkien mee and char kway teow.

Your wife is a smart lady cos she's right about the crispiness of the skin. And you idea sounds divine. I shall try that next. Thanks!