In conjunction with its Songkran campaign this month, video streaming service dimsum hosts a special media preview at STREAT Thai restaurant, Bangsar South. As the video-on-demand service with the largest Thai content offering in Malaysia, dimsum aimed to further promote Thai creativity and culture in Malaysia, as part of its Asian content focus. 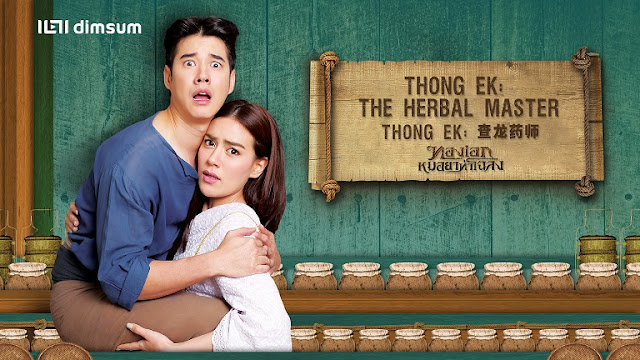 The event is honoured by the presence and speech by Minister Counselor Mr. Amnat Phalapleewan from the Royal Thai Embassy. Among the cultural activities arranged for this occasion include dessert making of Khanom Chor Muang (Steamed Flower Dumplings) and Khao Neeo Mamuang (Mango Sticky Rice), traditional costume wearing, and traditional rice craft-making.


During the event, dimsum Chief Marketing Officer, Lam Swee Kim also announced new Thai content coming to dimsum from Channel 3, a major Broadcaster in Thailand. The titles included Thong Ake – The Herbal Master, The Cupids, Nakee, Waves of Life, and featured future productions of My Love from Another Star, Prophecy of Love, and My Husband-in-Law. 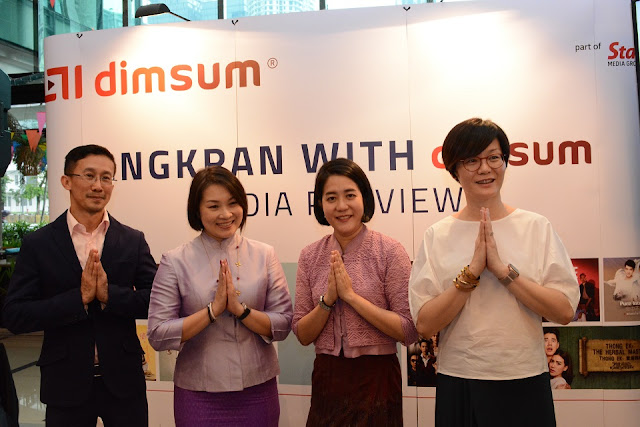 “We are pleased to conclude a multi-territory and multi-title deal with Channel 3, acquiring 350 hours of their Thai drama series, which comes timely with our Songkran celebration. Our findings show that there is a growing popularity of Thai content in Malaysia and the region, and this new partnership will mark a big expansion in dimsum’s Thai library, attracting more subscribers and retaining dimsum’s position as holding the largest Thai content line up in this region.” 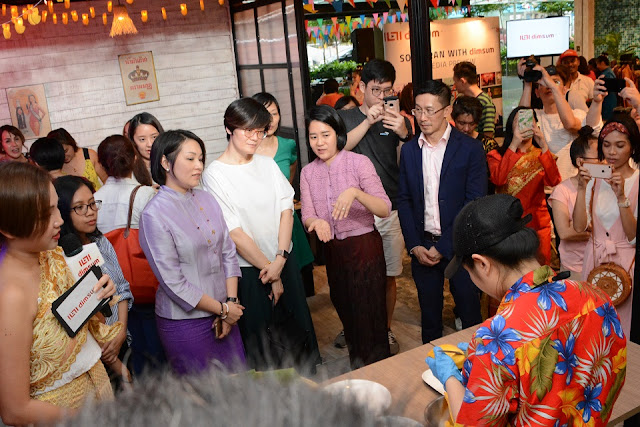 Thong Ake – The Herbal Master
A romantic comedy set during the reign of King Rama 5. As a local doctor, Thong Ake’s grandfather, Thong In, was exiled but he still secretly treats the villagers with his knowledge in herbal medicine. Chaba wants to study traditional Thai medicine with Thong In, and there she meets Thong Ake and secretly falls for him. However, Thong Ake is not interested in Chaba but only has his eyes for Chong Ko.
Cast: Mario Maurer, Kimberley Ann

My Love from Another Star
Adapted from a hit Korean romantic series. Achira, a handsome alien, met and saved Bua. By saving Bua, he was unable to return to his spaceship in time and stranded on Earth for the next 300 years. With only three months left before his long-awaited departure, he meets Fharada, a famous actress who recently moved in next door. Soon, he realizes that Fharada and Bua are the same person, and starts to fall in love with her. Will he choose to return to his planet or stay on Earth with her?
Cast: Barry Nadech, Matt Peeranee

Prophecy of Love
Rosita is a Thai-French girl who can no longer tolerate her French father, so she moves back to Thailand with her mother. There, she was saved by a mysterious old woman who gives her the gift of clairvoyance. One day, she has a vision in which she is madly in love with Teeruth, a hotshot actor who she met previously, but they are always at odds with each other.
Cast: James Jirayu, Ice Preechaya

My Husband-in-Law
When architect Tiarawat gets involved with a woman who is married to the son of a powerful man in society, Tiarawat tries to get away by faking a marriage with Mei. Mei is the daughter of his mother’s friend and was adopted into his family when her mother died. Tiarawat is not interested in her and when he finds out that she secretly loves him, he wants to divorce her. However, he doesn’t know that this will be first and only marriage.
Cast: Mark Prin, Mew Nittha

Nakee
This award-winning series comes with an extraordinary storyline and the highest rating. Kumkaew, a beautiful girl of Baan Dorn Mai has a mysterious birth. Nobody knows that she has supernatural power, including herself. Tossapol, an archaeology student who unexpectedly see the statue of Nakee goddess, was enchanted. He leaves everything for love and to stay beside her, but his love has many obstructions.
Cast: Ken Phupoom, Taew Natapohn

The Cupids
4 years ago, Peem created a matchmaking company, Cupid Hut with 8 beautiful girls in 8 different departments. With them being single, it is hard for the clients to trust them in matchmaking. To save the company, Peems challenges the girls to find a boyfriend before the next Valentine’s and those who succeed will be rewarded with 1 million baht in bonus.
Cast: Toey Jarinporn, Boy Pakorn, Cris Horwang, Panjan Kawin, Namtarn Pichukkana, Ken Phupoom

Waves of Life
Jee is a famous model and actress who is prone to scandals with a succession of men. She yearns for someone who really understands her. Her mother married a rich man who secretly lusts after his stepdaughter. One night, he attempts to sexually assault her, but Jee manages to escape. Being drugged, Jee accidentally crashes into Tewadee, Satit’s fiancée. Tewadee dies and Satit vows revenge on Jee. After that, her life is never the same again.
Cast: Mark Prin, Urassaya Sperbund