A&W is Back with More AWesomeness!

A&W has always had a strong affinity among Malaysians who grew up in the 70’s and 80’s. Many of us have grown up with birthday parties at their outlets with Rooty® The Great Root Bear and have spent a lot of time at A&W after school and in the evenings for the yummilicious RB Float. 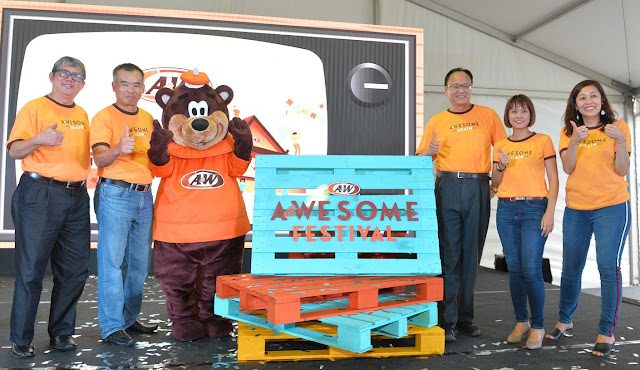 More than a year since A&W Malaysia Sdn. Bhd. was acquired by Inter Mark Resources Sdn. Bhd. (IMRSB), the 56-year-old Quick Service Restaurant (QSR) chain brand is well on track to bring awesome-ness back to its outlets. George Ang, Chief Executive Officer of both A&W Malaysia Sdn. Bhd. and IMRSB said this at the kick-off of A&Wesome Festival, which took place at A&W’s first drive-in outlet in Petaling Jaya to thank loyal fans for their continuous support over the years.


According to Ang, the festival which featured fun activities for both families and young adults, aims to bring back fond memories for customers who have enjoyed dining at A&W, and to appeal to the new generation of customers with their current quality and tasty menu offerings.

Ever since Ang came on board, he and his team have been working on value and service enhancing initiatives to appeal to this group of consumers. This include the use of fresh chicken instead of frozen chicken; maintaining food quality by preserving the cook to order system to provide fresh, warm food to consumers; and most importantly, innovating tantalizing meals that appeal to the Malaysian taste buds for a limited time only. 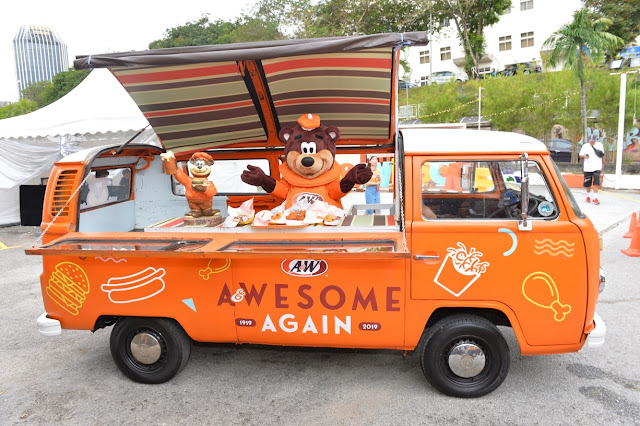 Earlier this year, a few new sauces were developed using ingredients well-loved by Malaysians for A&W’s signature Coney, such as the Buttermilk Cheese Coney and Sichuan Mala Coney. Ang said that coupled with advertising and promotion, these new and limited time offering items attracted a lot of customers and kept them coming back for more. This is definitely one direction that the company will continue to pursue going forward.

On the topic of innovation, Ang added that A&W’s new dessert kiosks will be hitting high traffic shopping malls soon. “Our kiosks will offer different menu from our outlets such as Waffle-To-Go, which is one of our customers’ favourite dessert of waffles and ice-cream but are now packaged to be eaten on-the-go with soft serve; and Float on Cone, which is a twist of RB sorbet with vanilla soft serve,” he said with a twinkle in his eye. “Our desserts are already a favourite among customers in our outlets. The new dessert kiosk concept with our signature Float on Cone would definitely gain attention and drools among our younger target customers!”

Besides rolling out new items on the menu, Ang said that a lot of effort has gone into training staff to be more efficient in their service and to ensure the standard of food served is high. “Since we took over, we have not stopped working on improving the product quality and services in our outlets. We have established the A&W Academy to train or re-train staff and run competitions among them to motivate good servicing,” explained Ang. 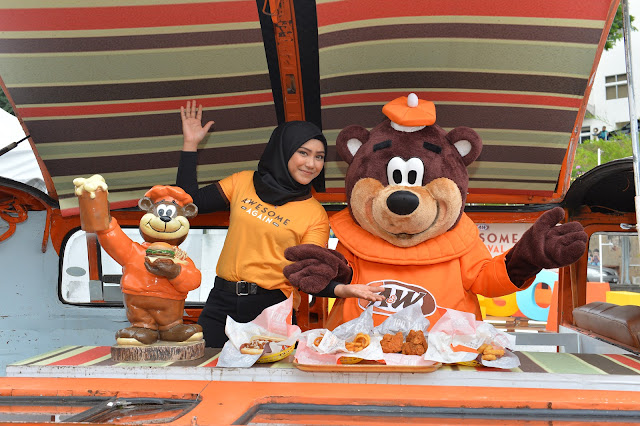 To make A&W more accessible to Malaysians, A&W Malaysia plans to increase the number of outlets, drive-in and kiosks. “In early 2020, we will be opening a very unique A&W outlet at Seventeen Mall in PJ that is hip and trendy, reliving A&W retro concept interior design. This outlet will be serving breakfast and other meals throughout the day while you enjoy music from the 70s and 80s. The aim is to increase our current number of 48 outlets to 100 outlets, some of which are drive-ins and kiosks by 2021,” said Ang.

The A&Wesome Festival took place on 30th November at the iconic A&W Petaling Jaya outlet during which members of the public are invited to join the fun-filled activities including live music performances, arcade games, bazaar as well as A&W’s awesome food, beverage and desserts! Like A&W Malaysia’s Facebook page at https://www.facebook.com/AnWMalaysiaOfficial/ for latest updates on the festival and A&W outlet menu.
Posted by Tania at 9:01 AM