I was dead tired from Day 1 of Comic Fiesta (read about my experience here). But as soon as I reminded myself of the exciting doujin stalls, cosplayers, and photos waiting to be taken, I was out the door in a flash.

Despite having the blogger tag (which gives me certain privilages), I joined in on the queue outside to see how fast it moved and to accompany my friend and my sister. Compared to last year's nightmare, it progressed quite smoothly and quickly for early birds and like the previous day, the halls filled up fast as soon as the doors opened.
﻿﻿﻿

Everyone made a mad beeline for the booths as it was final day of Comic Fiesta and things and products were either limited or being sold at discounted rates. As the next time you get the chance to buy this stuff again will be....in a year's time at CF 2013 so the motto of the day: Buy first, think/regret later. I certainly lived by that motto. ﻿ 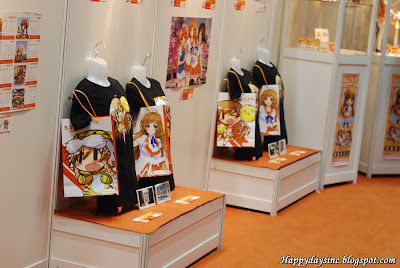 ﻿A popular stop of many was the Culture Japan booth due to the limited edition Mirai Suenaga Touch N' Go cards, t-shirts and posters. And guess who was there. The celebrity otaku himself: Danny Choo!

And I managed to get his autograph and a picture with him! Sweet!

The opening performance was by an awesome band with an equally awesome name..... Flying Pan! (readers: ........*insert crickets chirping*) I kid you not! Their band name really was Flying Pan but by the end of their performance, I think they should change their name to Standing Ovation.

﻿
To complete the opening ceremony of Day 2, a video of CF fans was shown in which they had to answer the question, "what is Comic Fiesta?" in 3 words or less in 10 seconds. The different answers and ways of depicting CF to them was astonishing, some meaningful and others funny. I think this event meant the most to those who poured their blood, tears and sweat into it; the CF Committee so it seemed about right to interview them as well.

﻿
Next up was Mystical Mirage who belted out songs from very popular animes such as Bleach's 'D-Technolife' by UVERworld (me like!) and Naruto 'Rising Fighting Spirit' and 'Fight Dreamers'.

﻿
Raja Farouk and his "Yakuza family" as he called his band then took over and kept the hype up with a very rocking cover of 'Hana Kimi' followed by a very nostalgic song from Cardcaptor Sakura 's 'I am a Dreamer' sung by the uber adorable Huei Chan!


Now it may seemed as though those stuck in Hall 2 queueing for tickets have missed out a lot but rest assured, there were things to see there too. Namely cosplayers. A lot of cosplayers have set up shop there to fix/amend their costumes and to take photos because there was so much space!

I was in awe once again at the skills, not to mention commitment that goes into cosplaying. These guys are seriously talented! More pictures in my FB album. 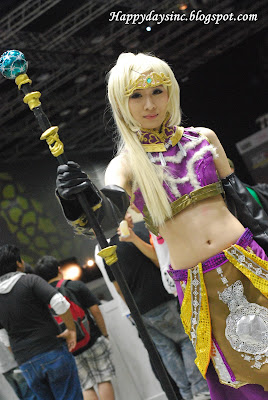 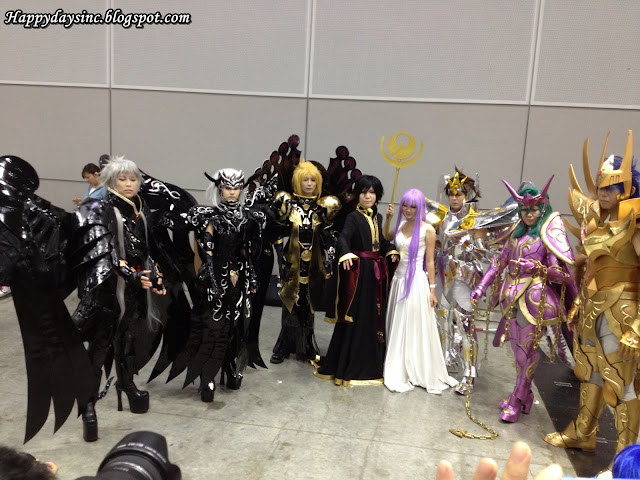 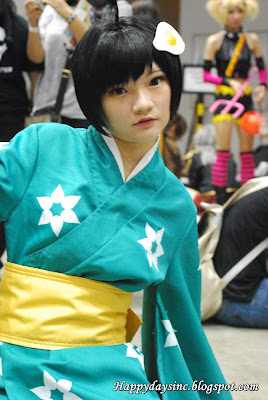 Back in the main hall, guess who else was at Comic Fiesta looking for victims cosplayers and fans to interview! Malaysian Youtuber, Dan Khoo! If you don't know who he is (seriously?), go look him up on Youtube. He's freaking funny! Got a picture with him in exchange for a quick interview.

The solo cosplay competition was one of the highly anticipated CF events and this year the organisers decided to make it a little different by letting the participants draw random locations and means of death, again in line with the 'end of world' theme to act out in a skit. With Shaun and Alfred at the batang mic once more and at the contestests' expanses, cue the 'batang' and ball jokes.

To quote Alfred, "CF is a batang Fiesta." No wonder Hard Gay turned up....

The Malaysian Mandarin Comic Society took to the stage next, giving out prizes to their gifted talents who came up with their own comic strips and drawings. If only the Malaysian government supported the local comic and anime industry, I am sure we could match Japan. Take Korea for example; a lot of animes have been produced in South Korea.

Finally the time came for the most anticipated VIPs of the day, bless4!

From what I heard, their concert the previous evening drew in a crowd of over 1000 people! And when Akino sang her popular single 'Sousei no Aquarion' (Genesis of Aquarion), everyone sang along. In Japanese no less! (Only in Malaysia, own national language subject fail in exams but Japanese, no problem!)

﻿
bless4 shared what they loved about Malaysia and it was no surprise that it was our local food they enjoyed the most. They tried roti canai and said it was delicious! Then Alfred and Shaun offered to take them for Bak Kut Teh the next time they visited. I second that! Can I come too if you do go?
Besides performing an acapella version of Sousei no Aquarion, the band also wished their fans a Merry Christmas with an interactive cover of Jingle Bells. I managed to video it up close (again, thanks to my blogger pass) so enjoy!

After a very insightful and personal Q&A session with questions from the emcees and the fans, the meet and greet session commerced for the fans who bought the bless4 CD at the Coffy Tiam booth. These lucky fans got a chance to shake hands and have an exchange of words with the siblings as their CD was signed. I liked how pleasant and friendly bless4 was with everybody, smiling and thanking them for their support!
More on bless4 here!
Several gaming competitions were also held throughout Comic Fiesta such as IAH Games' Superstar Live and Ultimate Marvel vs Capcom. The finals of the Counter-Strke: Global Offensive tournament between Malaysia and Philippines was held after the bless4 meet and greet. Now, I used to play a bit of CS back in college and I still play first shooter games like Modern Warfare when I can. But the level these players were on was OVER 9000! (yes, I know. I couldn't resist)
The final order of formal CF business was the prize-giving ceremony for the games tournaments, CF Side Quest, Coffy Creative Challenge and the cosplay competitions. (Results can be viewed here) Then after that, was part-ay!
As per-usual Comic Fiesta tradition, the after-party was held in the form of a dance off! Too bad I couldn't stay for that too. Next year, I will drag my friends along and join in the party!
By the end of this wonderful weekend (why must it end? sob!), I was in a state of euphoria, exhaustion and was incredibly broke. Here's my overhaul from Comic Fiesta 2012.
While I may have spent a lot of ka-ching! this time, I also came away with some priceless memories like meeting Danny Choo and Dan Khoo, catching a Redjuice-thrown-CF-shirt and seeing bless4 live. But more importantly, I have reinforced perspective that IT IS COOL TO BE AN OTAKU!


In case you didn't know, this year also marked a milestone for Comic Fiesta. This event has come a long way since its humble beginnings in the Kuala Lumpur Chinese Assembly Hall. Read about its history here.


Congratulations, Comic Fiesta, on your 10th year Anniversary and for reaching
over 25,000 visitors in just two days!
My deepest gratitude and appreciation to the committee members, volunteers and everyone involved for making this event a huge success! I know it wasn't easy pulling off an event of this magnitude and I know there'll be ungrateful farts those who are unaware of the hard work, effort, blood, tears, sweat, sleepless nights, hair-pulling moments, I-want-to-beat-up-someone days and stressful times that goes into making it happen. But from this humble writer's point of view, it was by far the best Comic Fiesta she have ever attended! It truly was an event for fans by fans because only diehard fans will put so much into it!

Thank you for giving me the opportunity to cover it as one of your bloggers especially Wayne, the Head of photographers, videographers and bloggers. I look forward to collaborating with Comic Fiesta in the many years to come!

For more photos, head on over to my FB album here: Comic Fiesta Day 2