I was recently invited for the unveiling of Schwarzkopf's ambassadors for 2013, held at the entrance of Aeon Big also known as Carrefour, Mid Valley. Hosted by the beautiful Julie Woon, dressed in a shimmering golden dress, it was a rather intimate affair with members of the media and bloggers present to find out who were the 10 winners of Schwarzkopf Ambassador Search 2012. 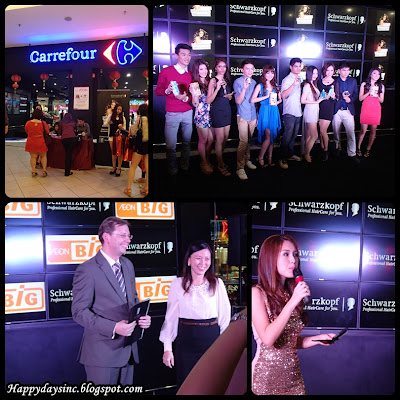 Throughout 2012, Schwarzkopf held road shows for six weeks at major colleges and universities in the Klang Valley and out of that, 243 young students participated. The ten winners were selected based on having a complete wholesome package of a fashionable style, charismatic personality and creativity in penning slogans that stood out.

The search officially came to an end with the announcement of the 10 Schwarzkopf Ambassadors. The winners were introduced to the crowd and were met with a scattering applause and flashing cameras. I could hear a lot of people remarking how pretty and cute they were.

To me, Lee Sing Yee stood out the most due to her drastic change from an Ah-Lian appearance to a classy 'Hong Kong-star' look as Julie had described her. It's amazing how the right hairstyle can make a difference to a person. Furthermore Sing Yee really knows her poses and facial angles as she strutted down the catwalk for the cameras. I wouldn't be surprised if a modelling agency approaches her after this.


Schwarzkopf Ambassadors will be receiving a year's supply of Schwarzkopf haircare and styling products as well as will be appearing at future events and activities on behalf of the renowned hair brand.

"We trust they will be able to represent Schwarzkopf well." said Mr. Markus Daburger, General Manager of Henkel Beauty Care for Malaysia and Singapore at the ceremony. 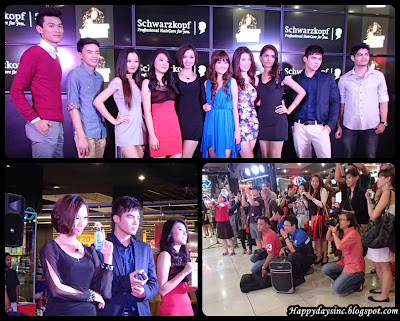 To find out more about the Schwarzkopf, its products and its 10 new ambassadors, tune in to the Schwarzkopf Malaysia Facebook page.
Posted by Tania at 9:54 PM