It was our last day in Osaka and as our flight was near midnight, mom and I figured we still had half a day left to spend in Japan and decided to take a train down to Ikeda, a town in the outskirts of Osaka to visit the lesser known Momofuku Instant Ramen Museum. To get there from Namba, we utilised the Osaka Unlimited Pass to get to the Umeda station from which we walked a short distance to the Umeda Hankyu station to buy a train ticket to Ikeda.

Finding the museum from the train station can be a bit tricky. You need to take the staircase near a Starbucks to get down to the streets and head left. You will pass a row of shops and turn right at the Daily Yamazaki into a long road. The museum was located in a quiet little neighbourhood about five minutes from the station but it was impossible to miss especially with the statue of the Father of Instant Noodle in front of the building. There was no charge to enter the building and you can rent a recorded guide from the reception with a deposit of 2000yen.

Upon entering the main exhibition hall, I was torn between the wall and ceiling of instant noodles on my left and the life-sized display hut on my right. If it wasn’t for the recorded guide telling me that Momofuku had created the magic of ramen in that little hut, I would have lost myself in the many many many ramen packs on display. There were also interactive displays that narrate the making process of instant noodles and they are packed for our consumption.  There was a kindergarten class tour when I was there and it was easy that they were enjoying themselves with the displays.

But the main attraction of the museum was its ‘Create your own Ramen’ workshop that was conducted in the next section. Already the area was filled up with kids, adults and even grandparents waiting to customise their own instant noodle to bring home. 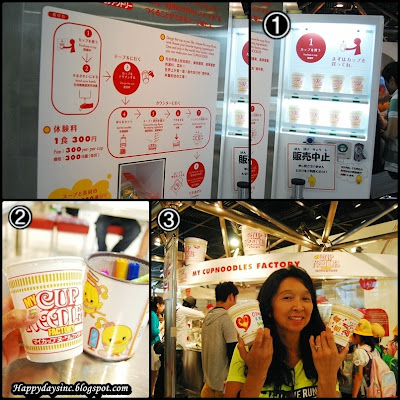 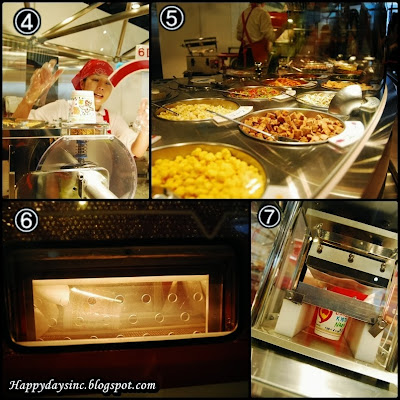 At the bagging station as I would call it, there are the few steps to ensure that your ramen gets back to Osaka in one piece. 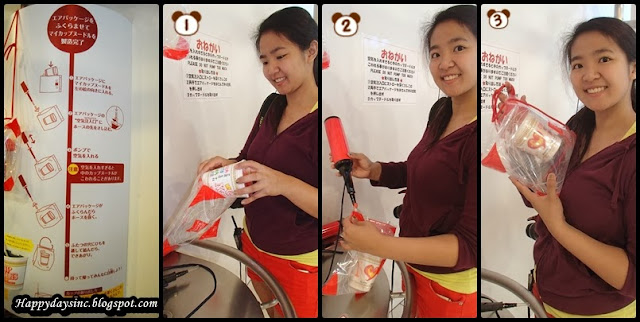 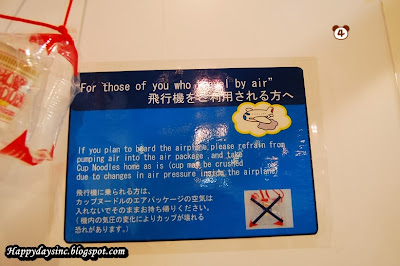 Of course, you were flying off that night as I was, don’t fill the bag with air at all as the cabin pressure may crush the cup. Alternatively, you can just remove your noodle cup from the air bag before boarding.

Now hungry for ramen, my mom and I adjourned to the cafeteria where there were ramen vending machines. We quickly bought one to share and a kind staff guided us on to make it correctly. Apparently you don’t just dunk all the ingredients in at once and pour in hot water. Here are the steps to making a proper instant noodle. 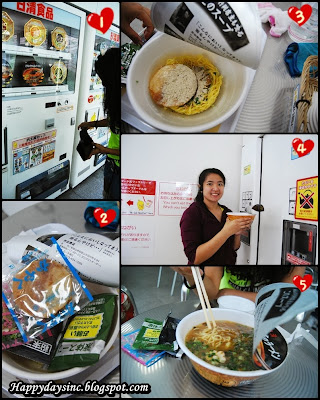 There was just something very satisfactory about slurping on piping hot ramen broth with a huge chunk of pork slice in it.
We headed back to Dotonbori immediately after the museum to do some last minute shopping and also to try out the Okonomiyaki shop along the river that had been recommended by our river cruise guide from the previous day.  The cook made it before our eyes and within 20 minutes, we were digging in on a smoking hot Seafood Japanese pancake that simply wowed us with the amount of flavour and bite in it.
With our shopping done and our tummies filled, we headed back to the hotel not without making a quick stop at Sweets Box bakery in front of the Nankai entrance for the famous Chat Noir fuwa-fuwa cake. I was just drawn to it because everything was cat-themed.

We took the Nankai Rap:t train this time which was very punctual (6pm literally means 6pm), comfortable and fast and were at the airport so early that it wasn’t even our check-in time for our flight.

So, hungry again, we explored the entire airport for food and found the popular Osaka Ohsho stall at the food court that sold delicious Gyoza dumplings. It was so famous that people were buying it in large takeaway boxes for their flight. First streamed, the gyoza was then fried lightly upon order to sustain the moisture of the pork inside. It was really good stuff and top it off with my favourite Starbucks Osaka drink, Strawberry Cheesecake Frappuccino, I was satisfied.
Come 11pm, we board our flight home to Malaysia, back to then-hazy Kuala Lumpur and leaving behind a country with fresh clean air (at least in comparison to Malaysia) and roasted pork ramen at every corner. 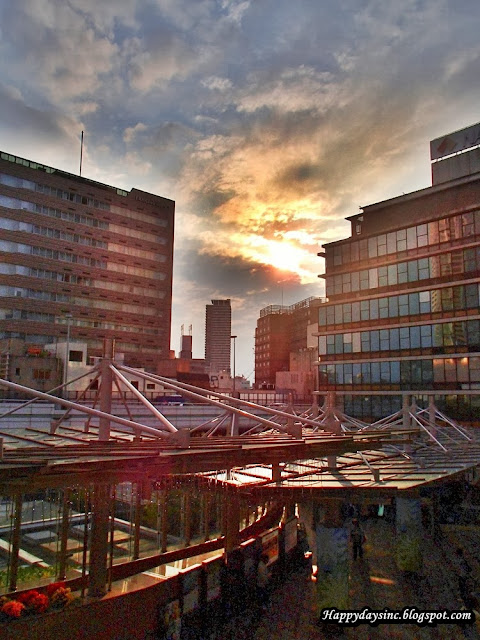 Looking over my time in Osaka, it only hit me later on how much I have fallen in love with Japan, with its friendly people and its one-of-a-kind culture, a blend of modern and traditional, past and future. I have always been taken by Japan one way or another through anime, its language and its music but being there in person has sealed the deal. Within those four days, I have only managed to dip my feet into the wonders of Japan, a country once plagued by war and have faced the worst kinds of natural disasters which has only served to show its tenacity, innovation and the best of its people.

I will be back. I know that for certain. In fact, I am so certain that I have already booked my next flight to Japan for 2014. 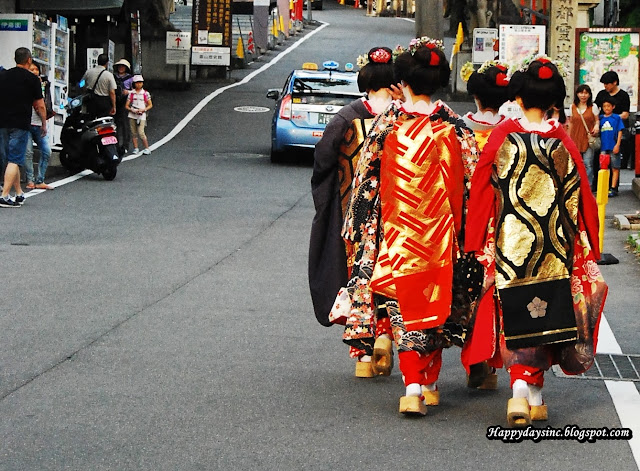 For more photos of my last day in Osaka, click on over to my photo album here: Osaka 2013: Day 4 - The Last Day