You would think that with the Internet, it would be so much easier to just do the reservation yourself from airlines to hotes bookings. But sometimes if you know when and where to look, travel agencies can help you save a bundle as well as the hassle of doing the research and making the booking, especially with a vacation destination that you have never been to before.

For my recent trip to Osaka, Japan, I used a travel voucher that I won from my Alma mater, Taylor's University College which allowed me to pick any deal or package I fancied with Holiday Tours and Travels. 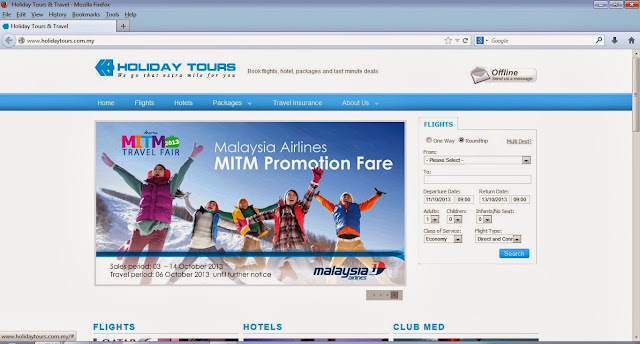 For days I stalked their website and Facebook for Japan packages and finally, one fine day, I saw that they were offering a 4D3Ns flight and accommodation package for Osaka for only RM1899 per person. I instantly emailed them on the package and got  an almost-immediate response from an agent, Ray Lee. My booking was made over the next day or two.  My flight itinerary and hotel bookings were delivered to me the following week.


Holiday Tours and Travels was also helpful to advice me on my Japan visa and its requirements and even email the forms over to me ahead of time. When the time came to apply for the visa, Ray called me and offered to have a despatch boy pick up my passports to do the visa at a sum of RM45 for their services. But as I had time on my hands, I had already settled the visas.

My package included a return flight via Airasia X and a 3 nights stay at the 5-star Swissotel Nankai Osaka and here is what I think of them. 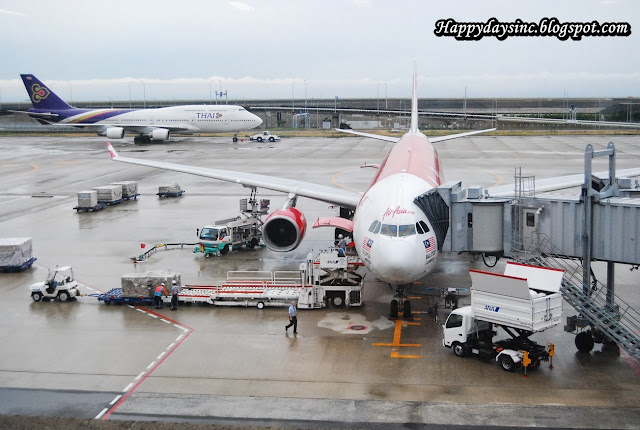 Ever since my first flight on Airasia X to Perth, I dreaded their flights as they are not known for their comfortable long haul flights and my mom shared with me that she did not have a good night's sleep on our overnight flight there. She was nursing a headache by the time we reached Japan. I slept fine though because I had brought the same AirAsia comfort kit that I used in Perth and that had come with an inflatable pillow, an eye-cover and a cosy blanket. Best RM25 spent.
However, I suffered too on the way back with a stiff back and panda eyes from only three hours of sleep on the flight back. The cabin was freezing cold even though I had turned off my seat air-con and was snug in my blanket. By the end of that flight, I was the one nursing a headache and a sore back as the person behind me kept kicking my seat.

I just hope my flight to and from Perth won't be that uncomfortable. 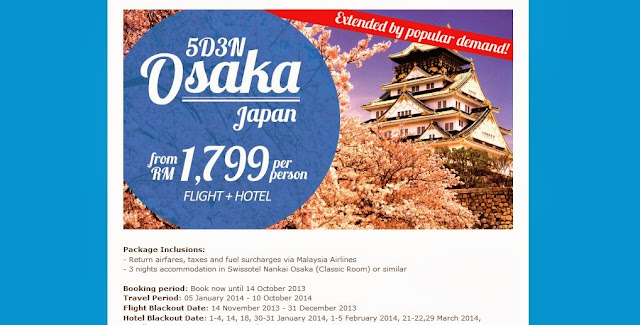 Fortunately, Holidays Tours and Travel occasionally has the Osaka deal with Malaysian Airlines and at a cheaper rate too. RM1,799 for MAS flight and a 5 star-hotel.

Swissotel Nankai Osaka
Location-wise, Swissotel Osaka is right atop the Nankai station which is connected to the Namba station, the main train hub. The hotel is also attached to a underground mall and just outside, you can get all sorts of food stalls to satisfy your Okonomiyaki and Takoyaki cravings. 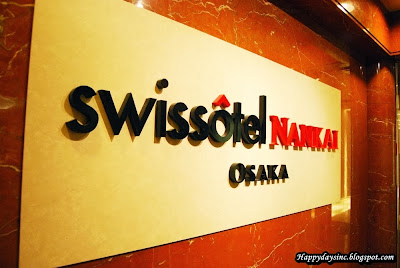 Check-in is only 3pm, no earlier but the hotel does offer free luggage storage. But then again, so does almost every other hotel and hostel in Japan it seems. The staff at the check-in counter was polite and well-versed in English which is to be expected of an international hotel chain. 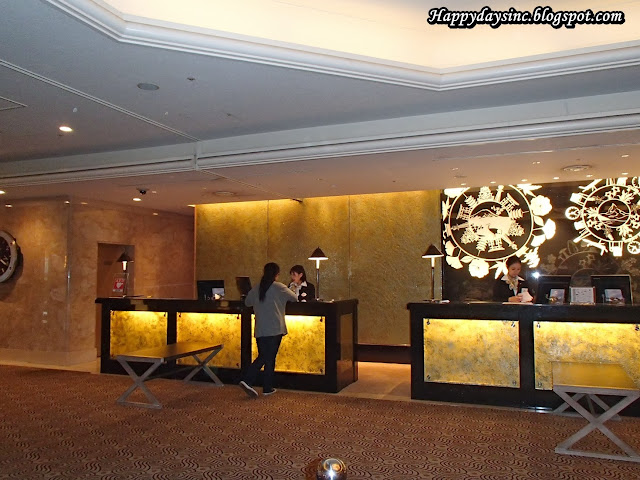 We were given the Executive Double room. The room was smaller than the average hotel room but I am attributing this to the fact it's Japan where space is limited. The view from my room was of Dotonbori. 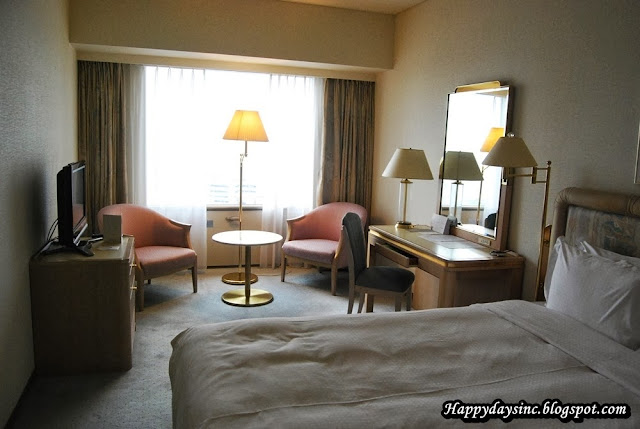 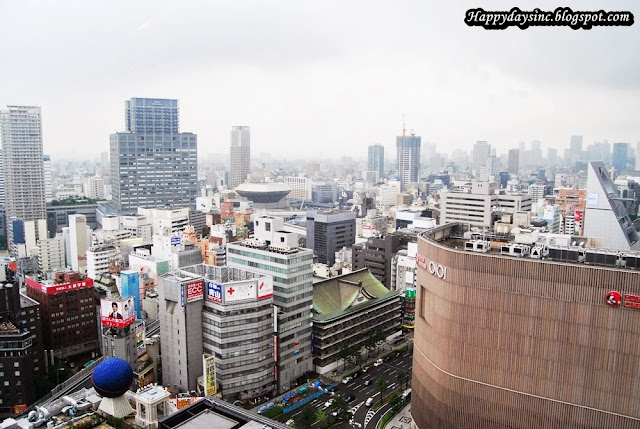 The bed and pillows were soft and fluffy, making sleep a coma-inducing experience. After a whole day of walking from attraction to attraction, having a comfortable bed to flop onto is very important to me. I am happy to announce that we got three nights of restful sleep during our trip there. 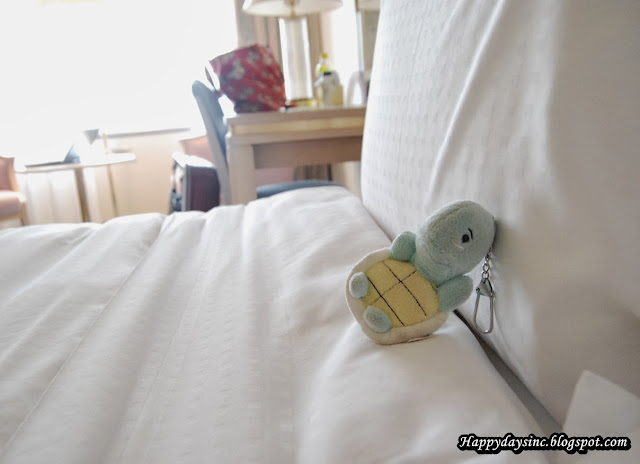 The room also comes equipped with instant teas and coffee and a kettle. You get two bottles of water but they are chargeable to your room. I found that ridiculous as I have stayed at 3-stars hotels that offered their bottled water for free. 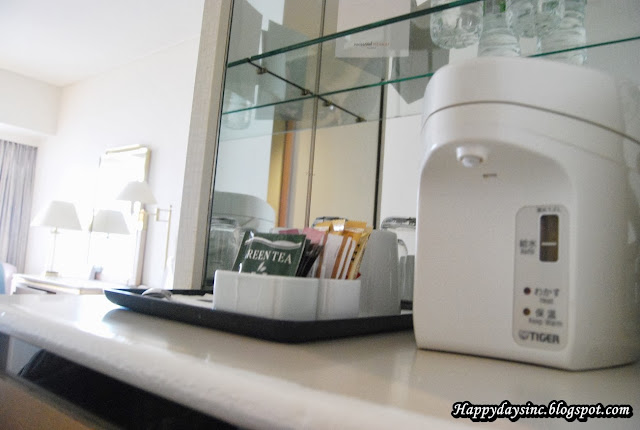 Like every toilet in Japan, the room toilet was very hi-tech and you can control the water and air pressure. It can also be heated for your comfort. Japan may have come up with many world-changing stuffs like the instant noodles and the bullet train but their toilets should be made compulsory worldwide.

Apart from that, the bathroom comes equipped with all the necessary amenities such as a vanity kit, towel and shampoo. 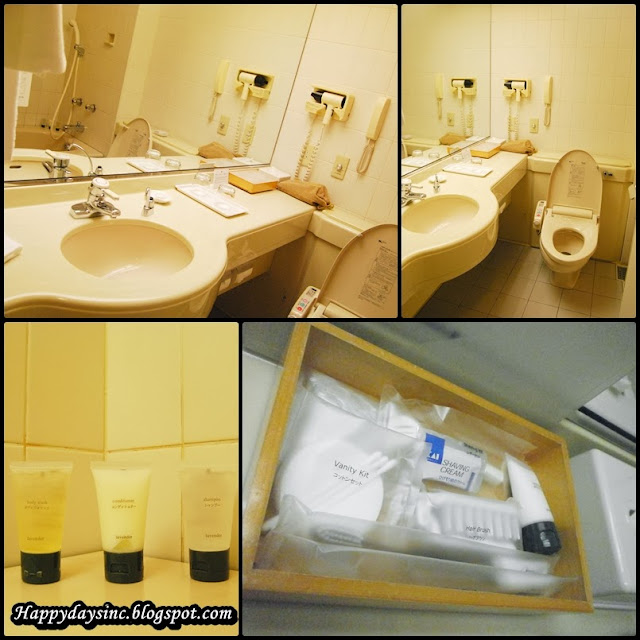 Another thing that baffled me was their wifi. To get wifi, you needed to pay but as I was a Swissotel member, I was entitled to free wifi in my room. The staff had promised that the wifi will be activated. It wasn't and even after calling the reception and asking them in person, I never got any complimentary wifi for the whole trip. It was a disappointment especially for a 5-star hotel.

Majority of my time was spent outside of the hotel so I can't comment on the facilities and restaurants. Check-out is strictly at 11am and any additional hour will be charged as another night at the hotel. However you can still leave your luggage at the lobby after checkout if you have a late night flight and want to spend the afternoon in the city.

Swissotel Nankai Osaka has the architecture and room facilities that are up to par for a 5-star hotel chain but it's the small details like promising me wifi and not following up on it, that they missed for my visit. But in terms of location, they are unbeatable, being in the center of the entertainment hub of Osaka.

Oh, and the night view of the city from the lift area on the 25th floor is stunning. 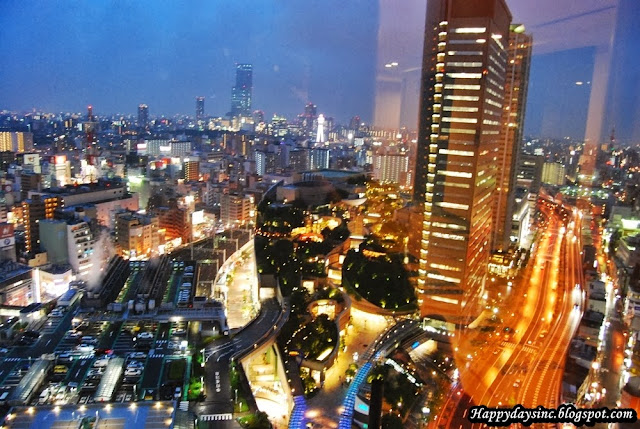 Thanks for sharing this informative blog about Cheap Flights and Hotel Packages. It s very helpful blog.

Thank you, Trip Stich. I am glad you found it helpful :)

Hello! I just want to offer you a huge thumbs up for your great information you have got right here
on this post. I will be coming back to your site for more soon.

I was reading some of your content on this website and I conceive this internet site is really informative ! Keep on putting up.
flight points