Mount Rokko was a must visit when in Kobe due to its 'million dollar' night view of Kobe and of the Osaka Bay if you are lucky. I wasn't but I will get to that later.

The plan for our second day in Kobe was pretty much chilled with plenty of time to get lost and wander around. The initial plan was to hike up Mount Rokko but due to the chilly spring weather, we decided to forgo that plan and instead just ride the cable car up to the mountain. But first, we had to get to the foot of the mountain and even with our maps, Kobe was still a perplexing network of public transportation.

Psst, if you get lost in Japan, it is okay because their transportation system is so complex that even the Japaneses themselves can get confused and lost. 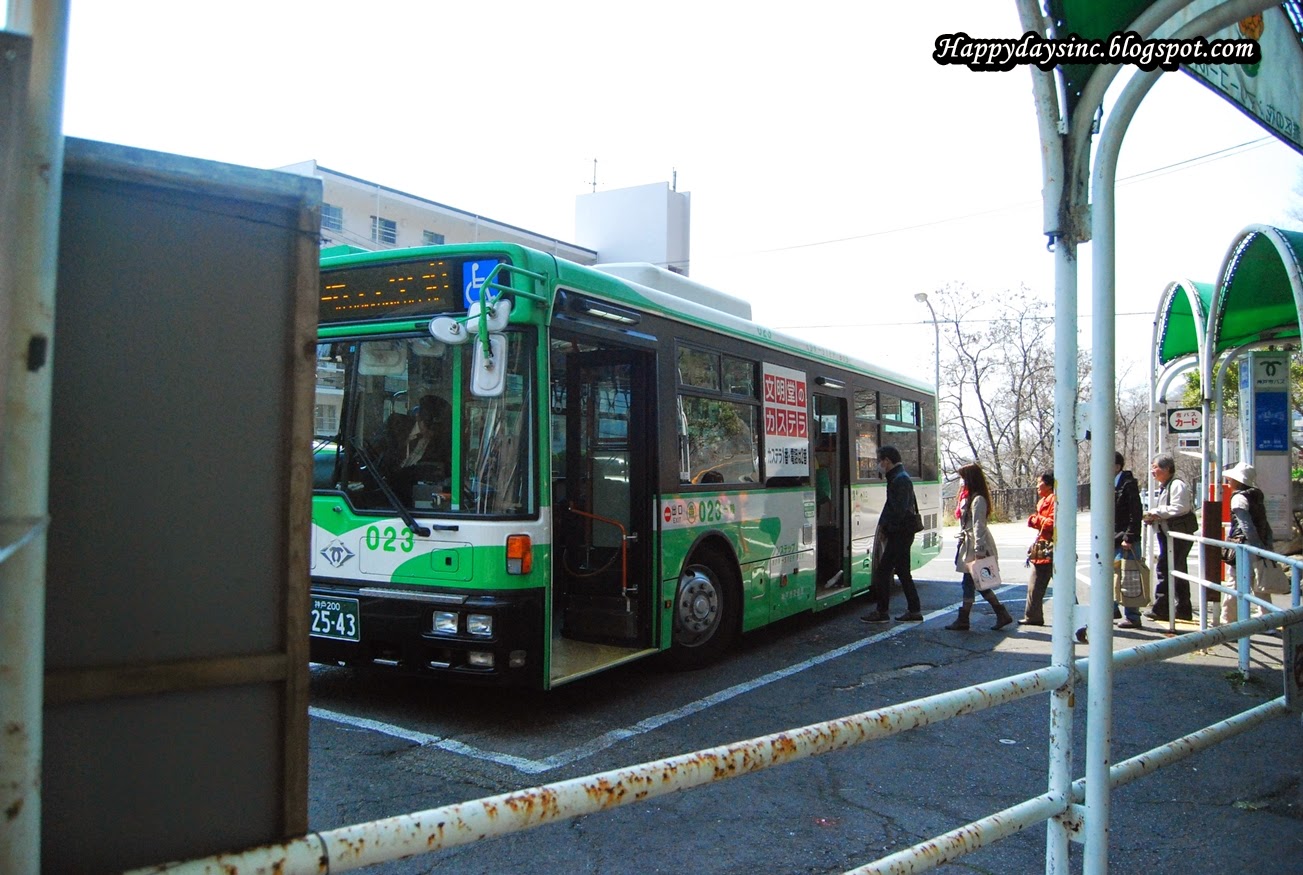 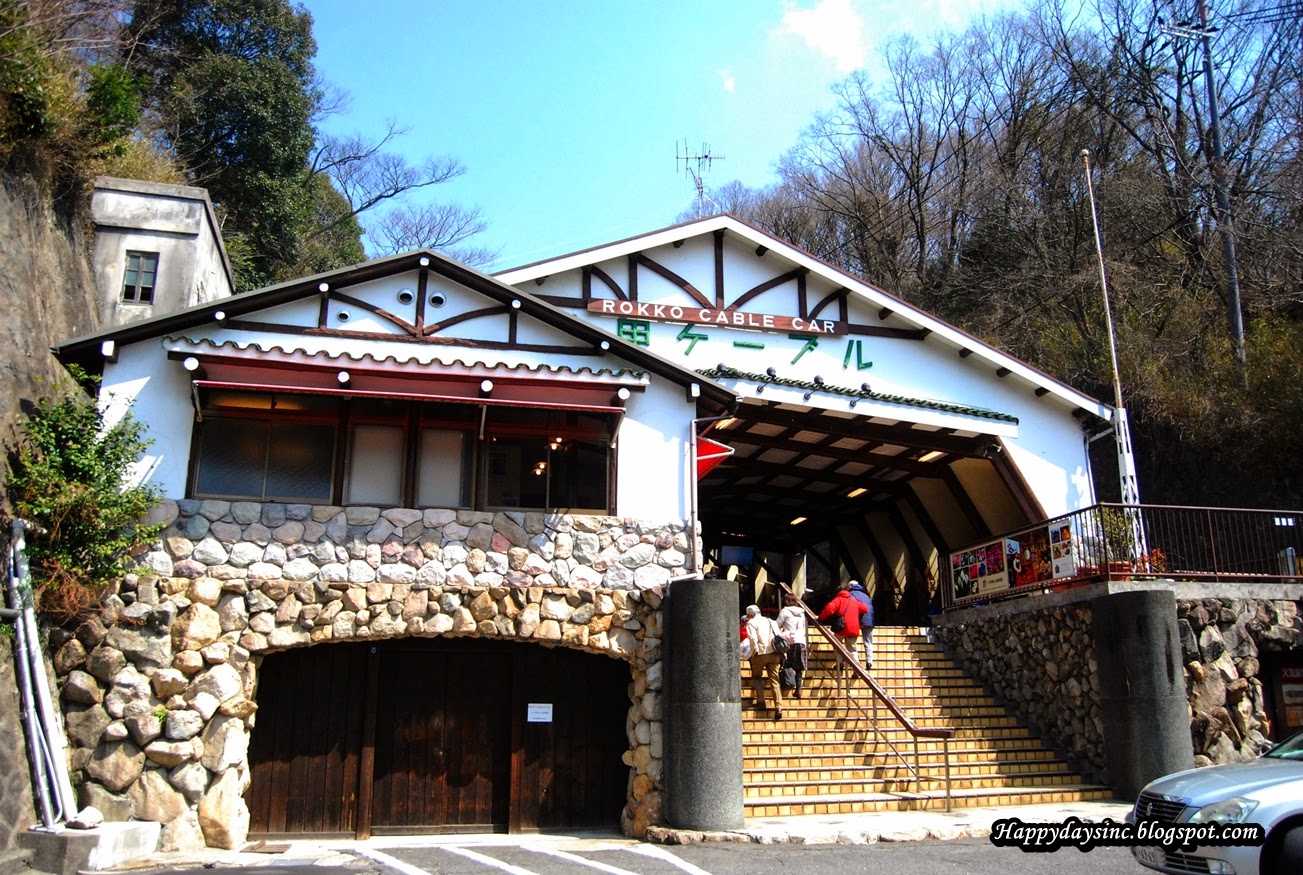 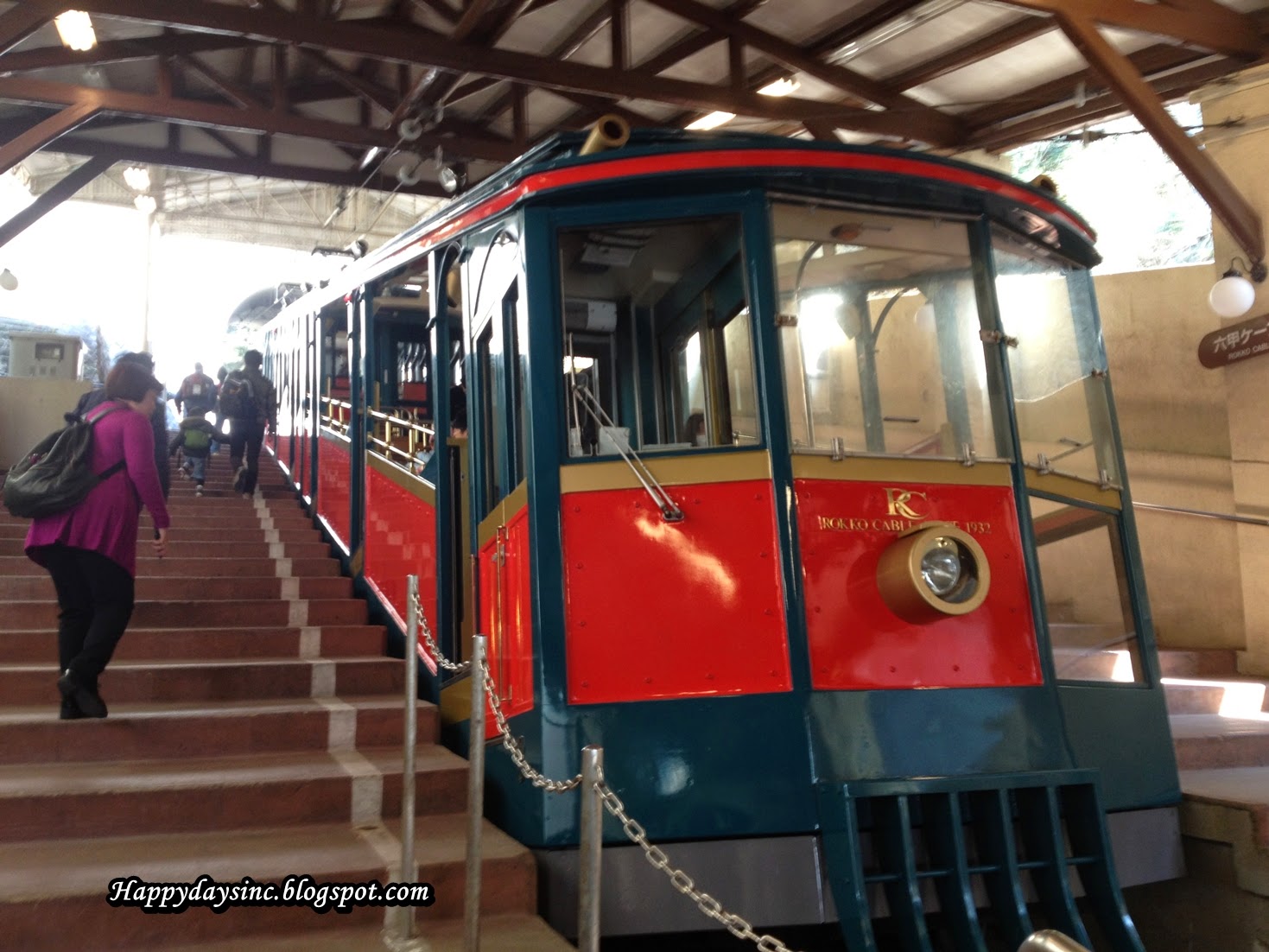 We were supposed to be able to get a good view of Kobe from the station but it so happened that it was a really foggy late morning that day. So we made our way to the Rokkosan Pasture after we figured out the Hankyu Rokko bus was the right bus to use. The entrance fee for Rokkosan Pasture was 500yen but thanks to our Kansai Thru Pass, we got 100yen off. 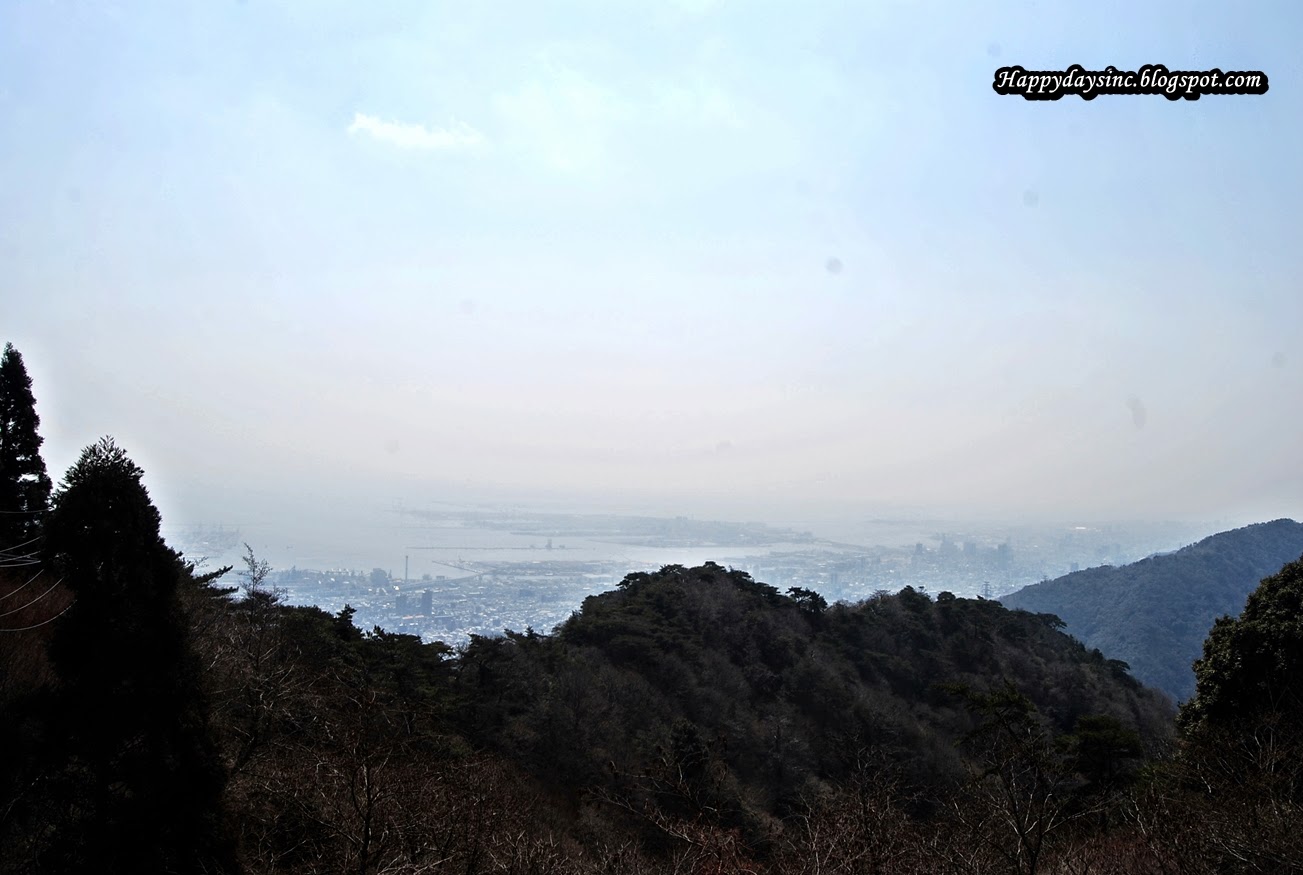 Apart for its beef, Kobe is also known for its dairy product such as cream and cheese and Rokkosan Pasture was the place to see and experience it as it was also attached to the Cheese House. As we strolled into the pasture area, we were greeted with the sight of several fluffy sheeps scurrying about out in the open after a giggling little girl. It turned out that she had food with her and the sheep knows. 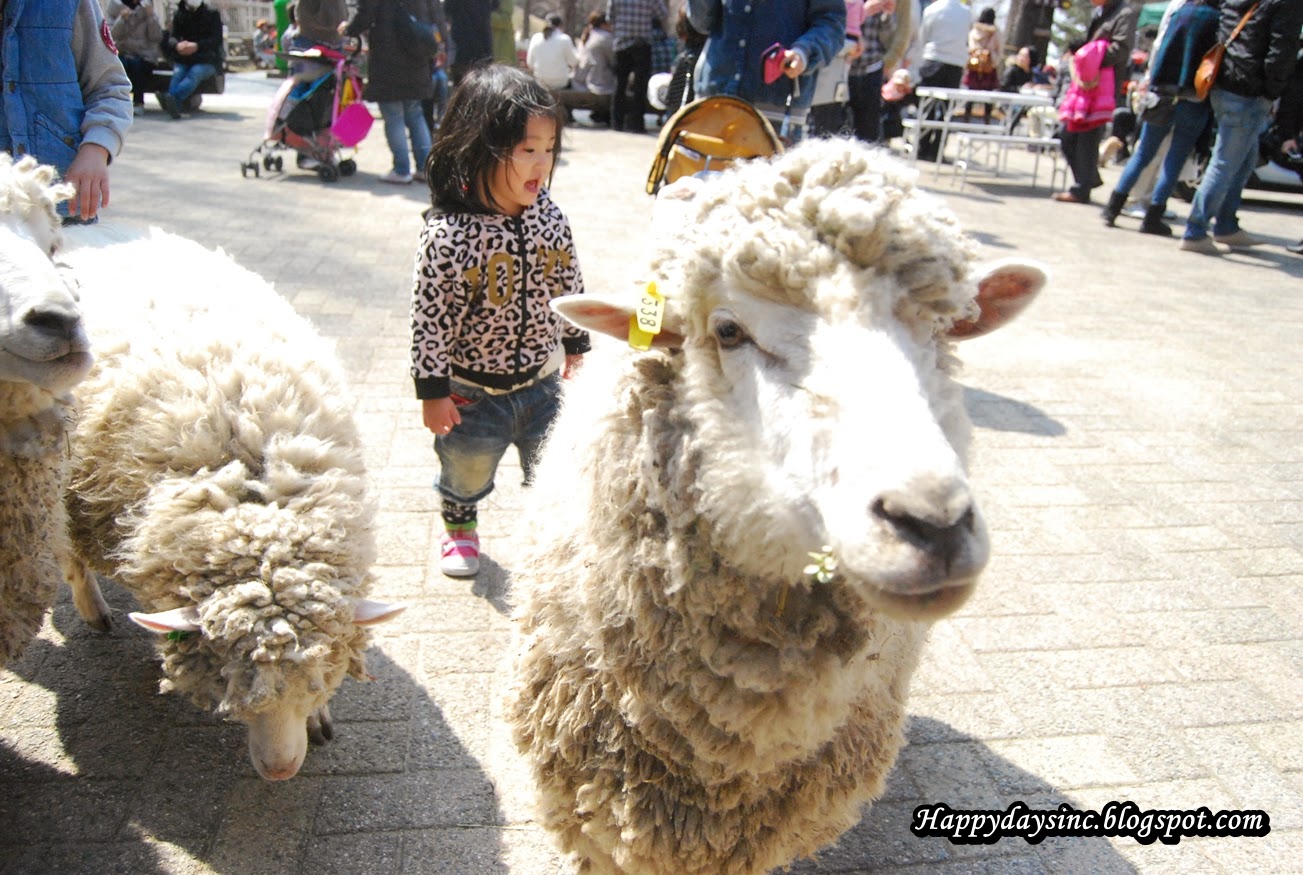 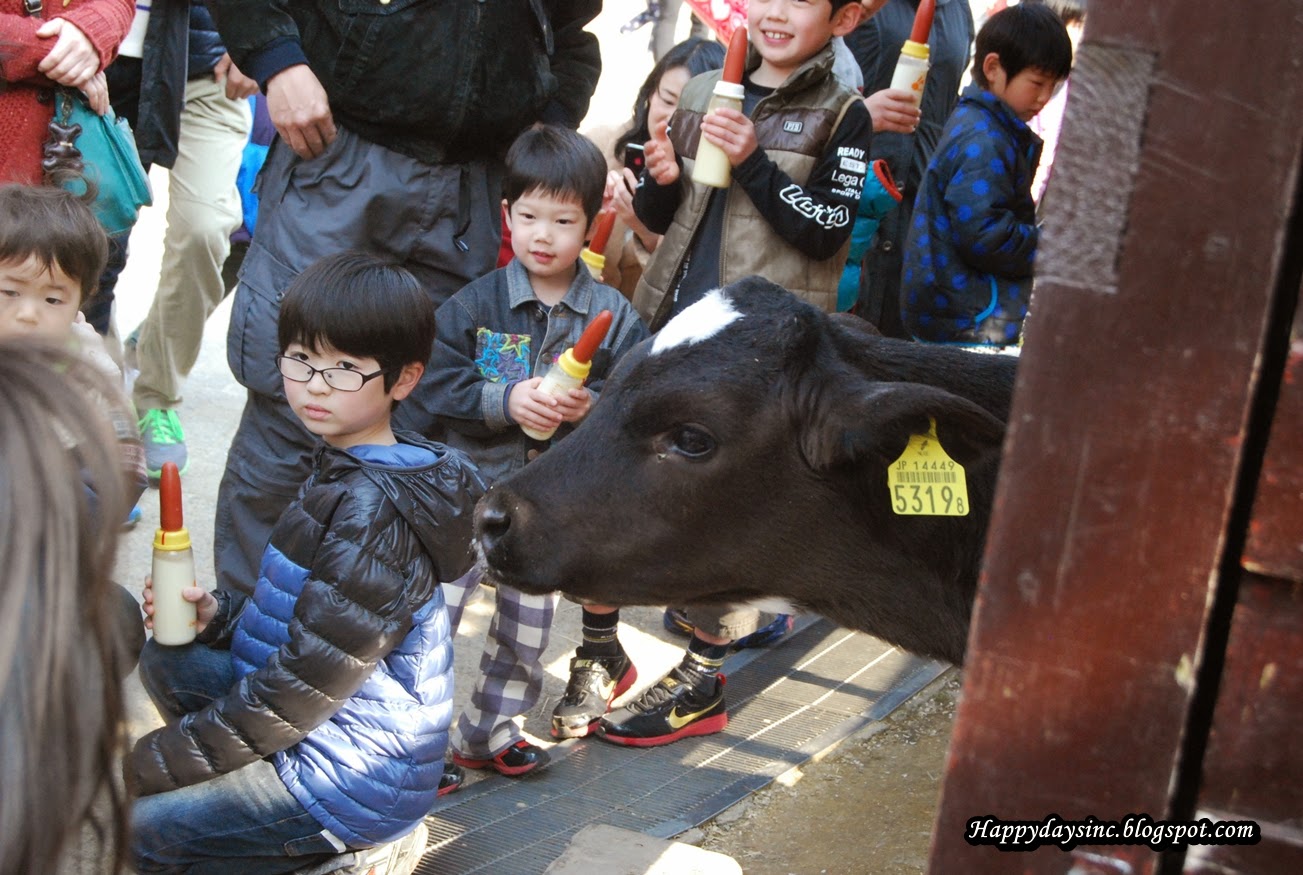 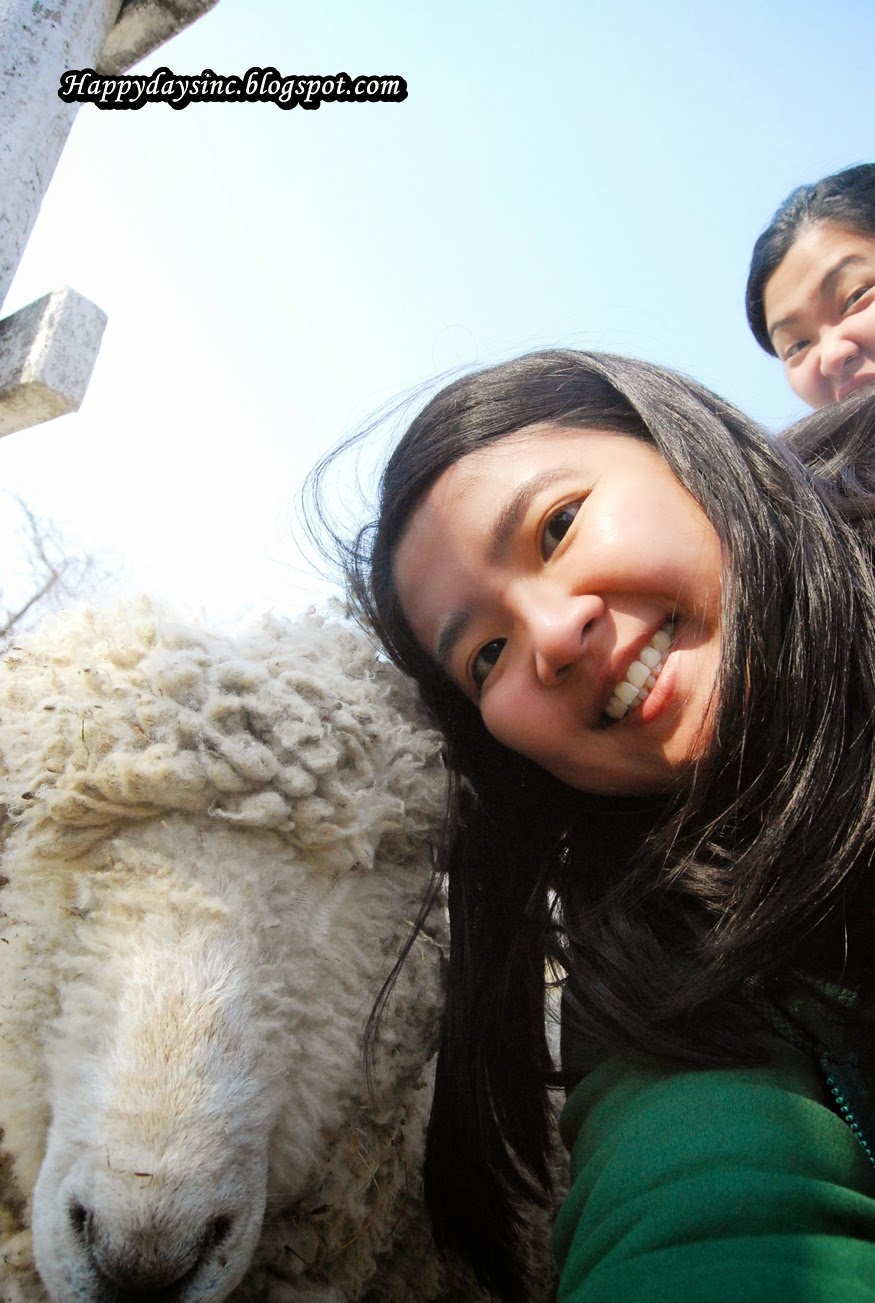 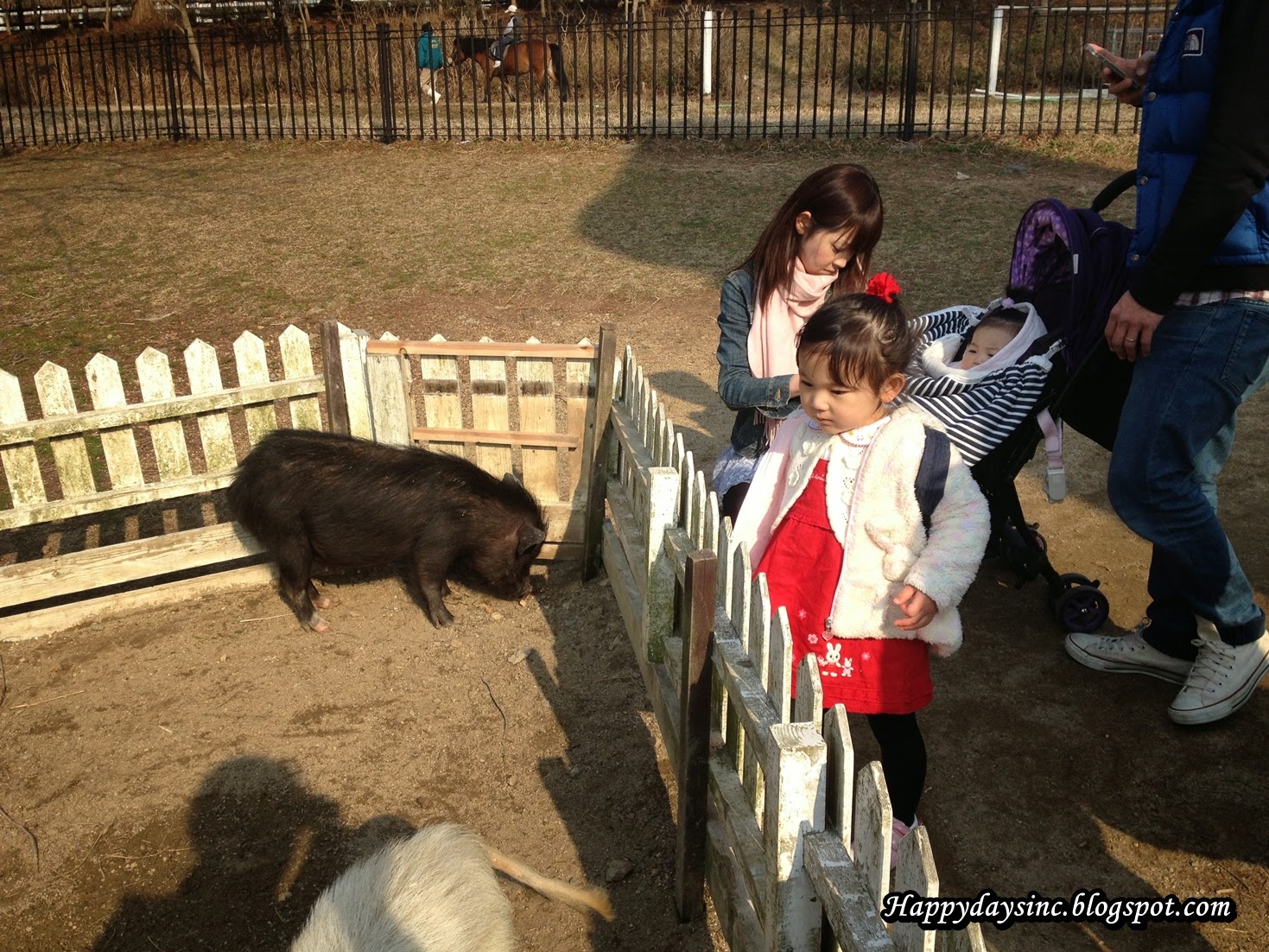 If farm animals are not your thing, I would suggest giving this place a miss because the sheeps are everywhere. Besides sheeps, there was also cows, horses, goats and pigs. I wasn't kidding when I said farm animals. All we needed was for the place to be owned by an old man named McDonald's. 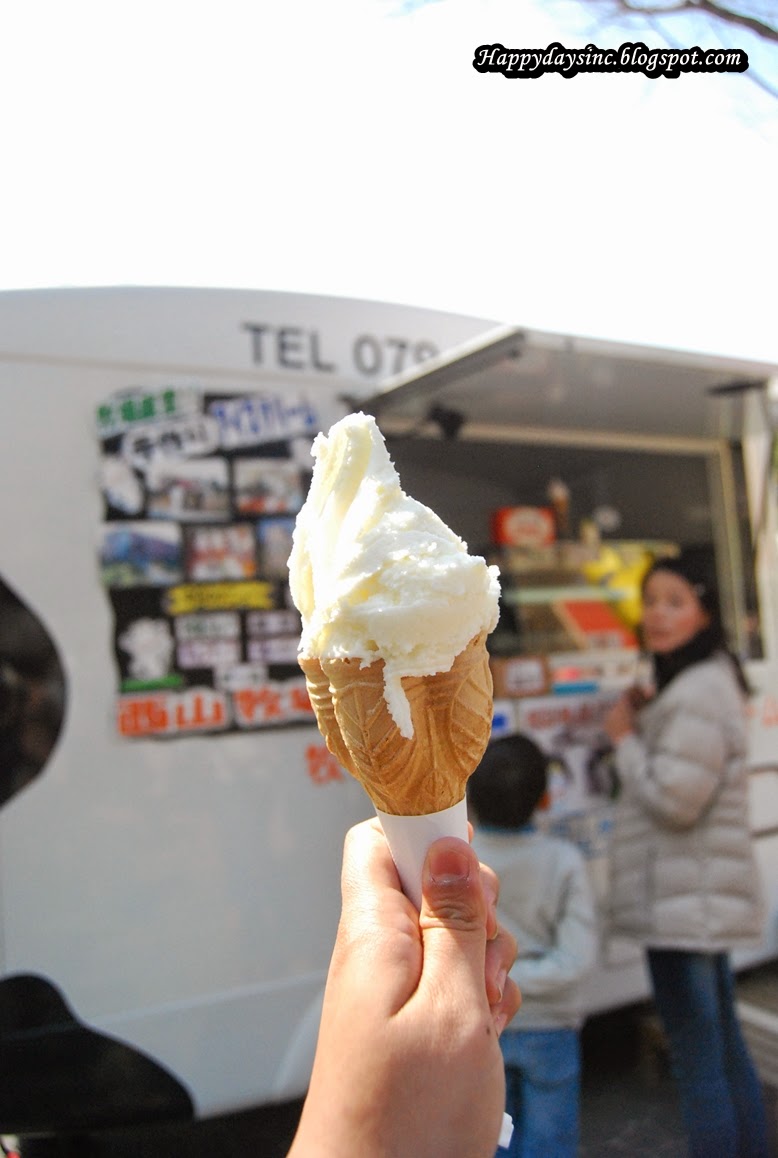 Anyway, our hunger got the best of us and we first treated ourselves to some ice-cream, known for being made from Kobe cream (despite the cold weather) and hot clear mushroom soup (to counter brain freeze and frost bite). Much later, we burnt off the calories running all over the scenic slopes until we found ourselves at the Cheese House where we ended up shopping at the souvenir shop. 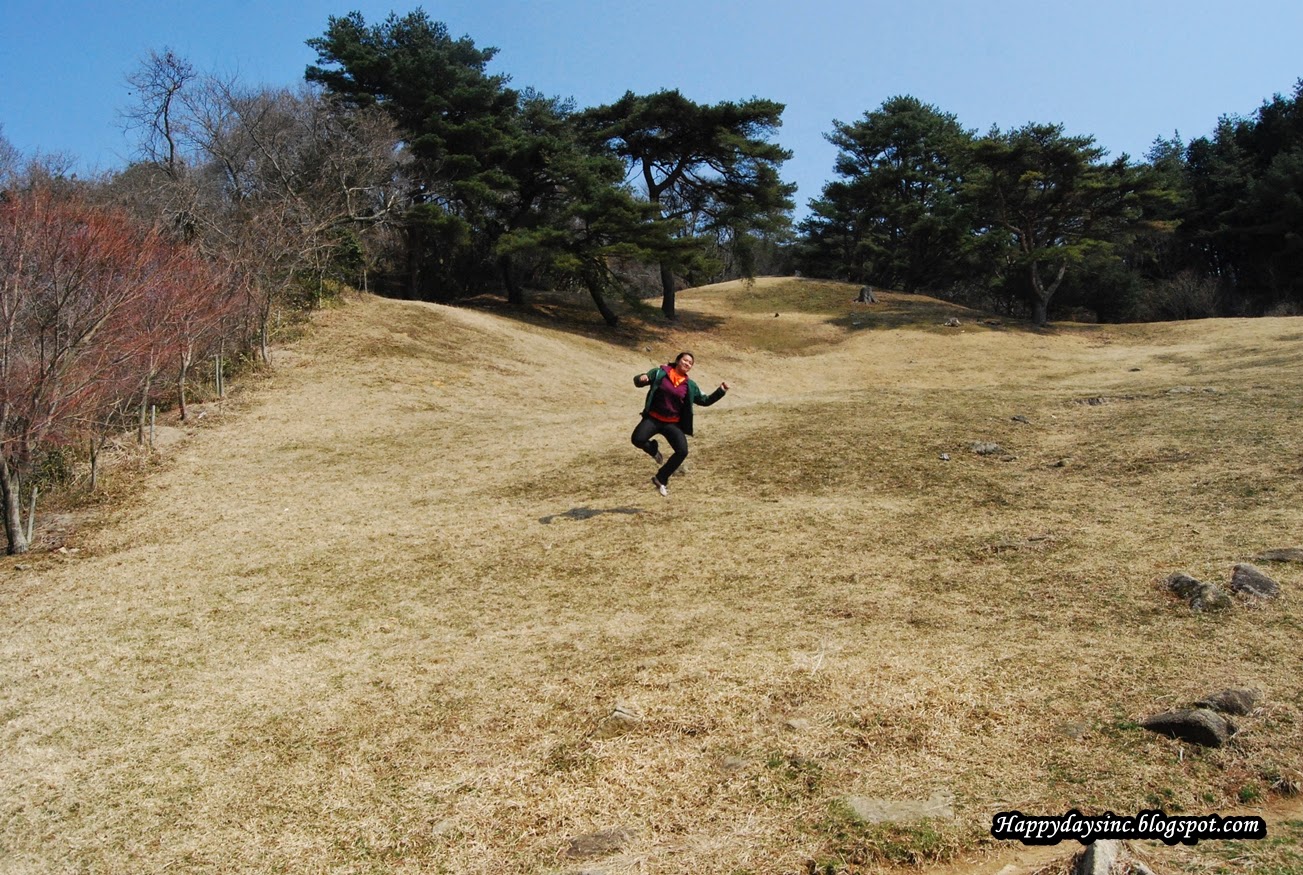 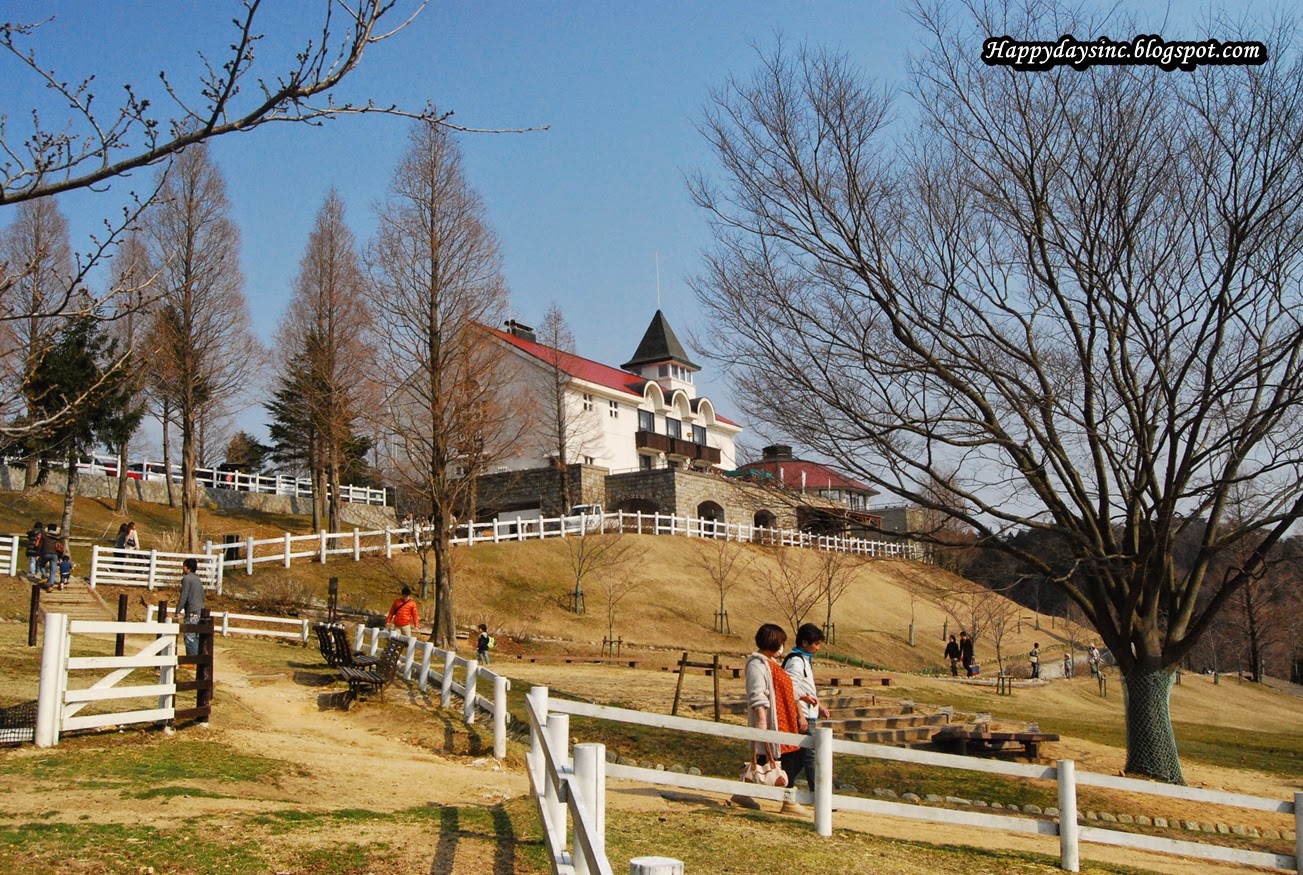 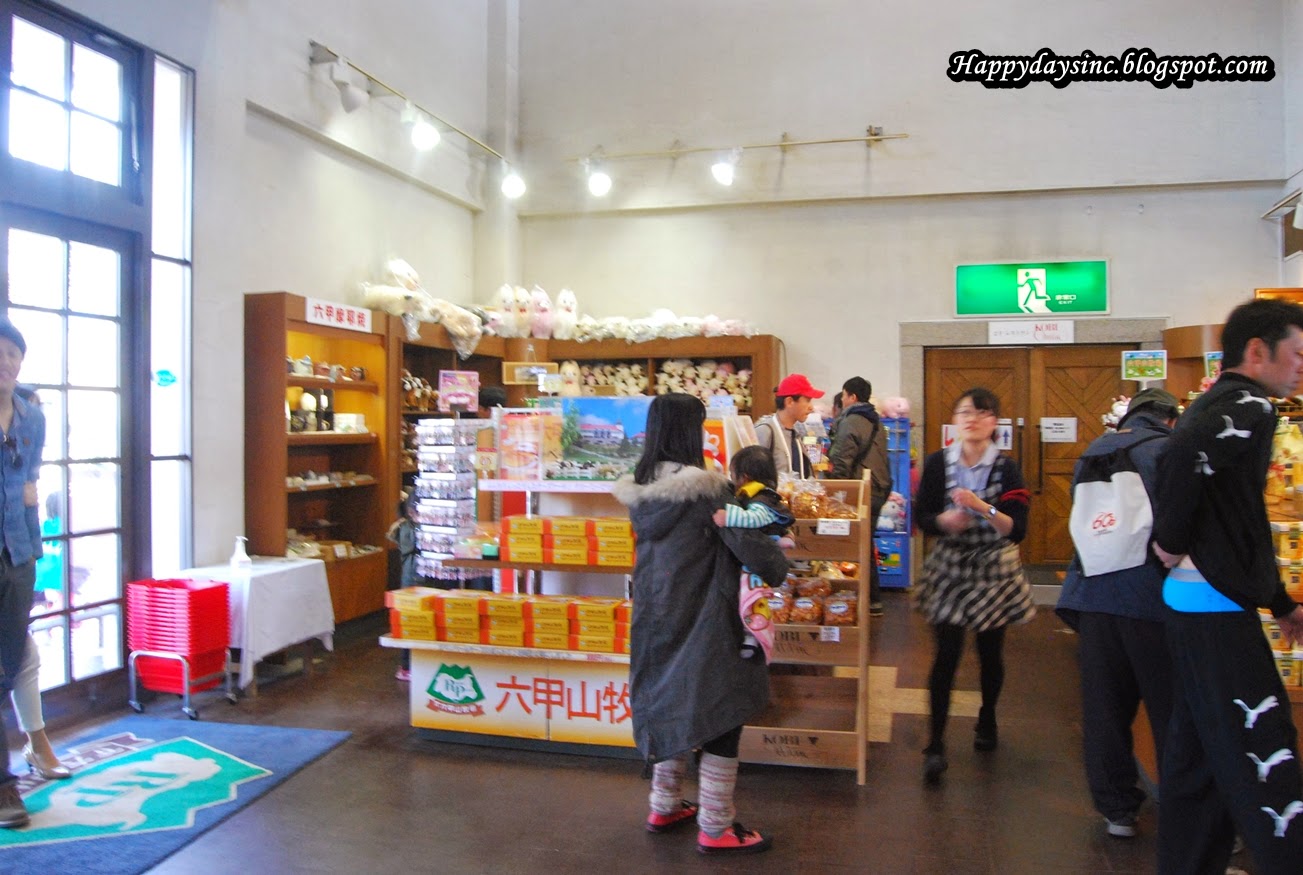 We chilled a while longer at the pasture and we got see lambs hiding in the barn with their mums. At a certain hour, the sheep dogs will be let out to usher the herds of sheep back to their barns. 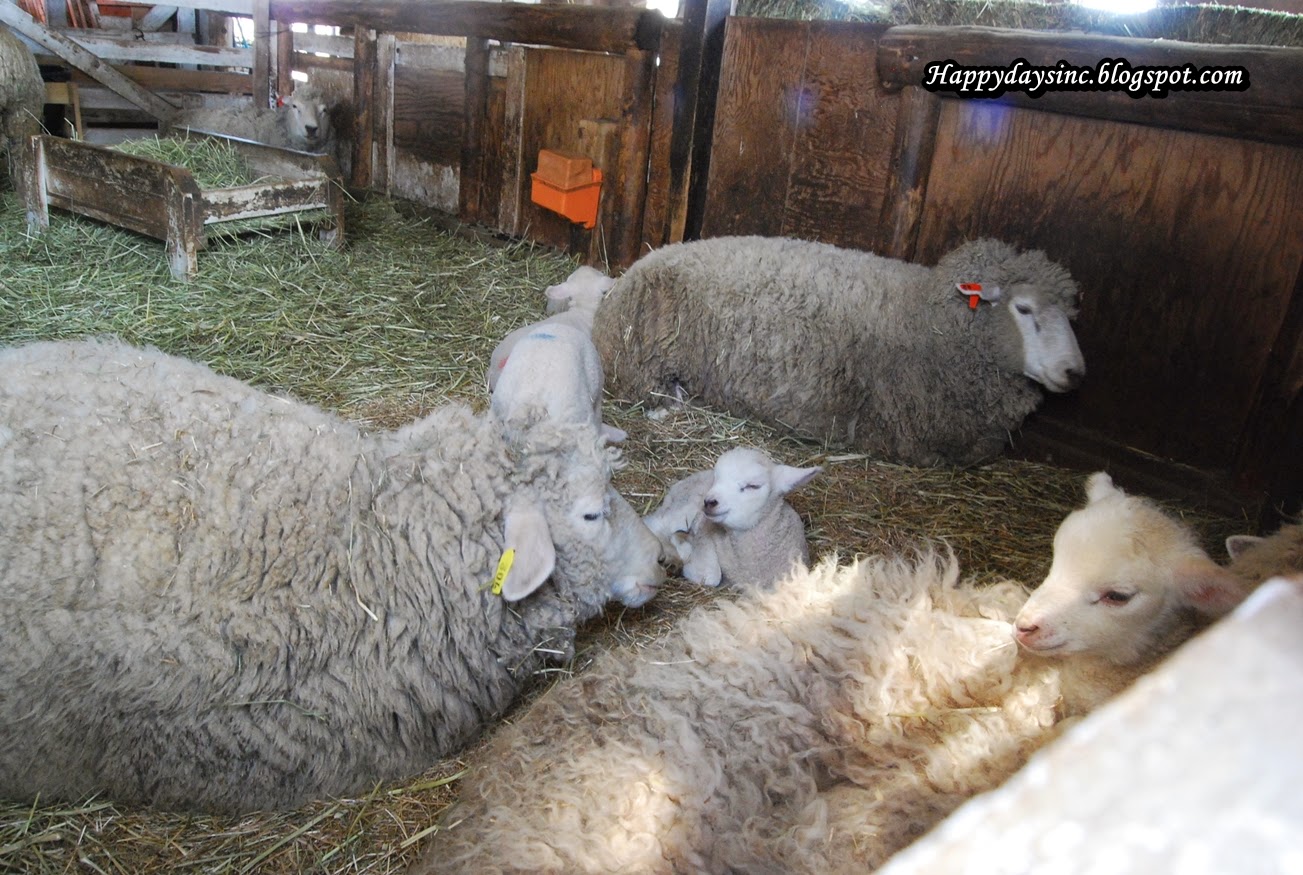 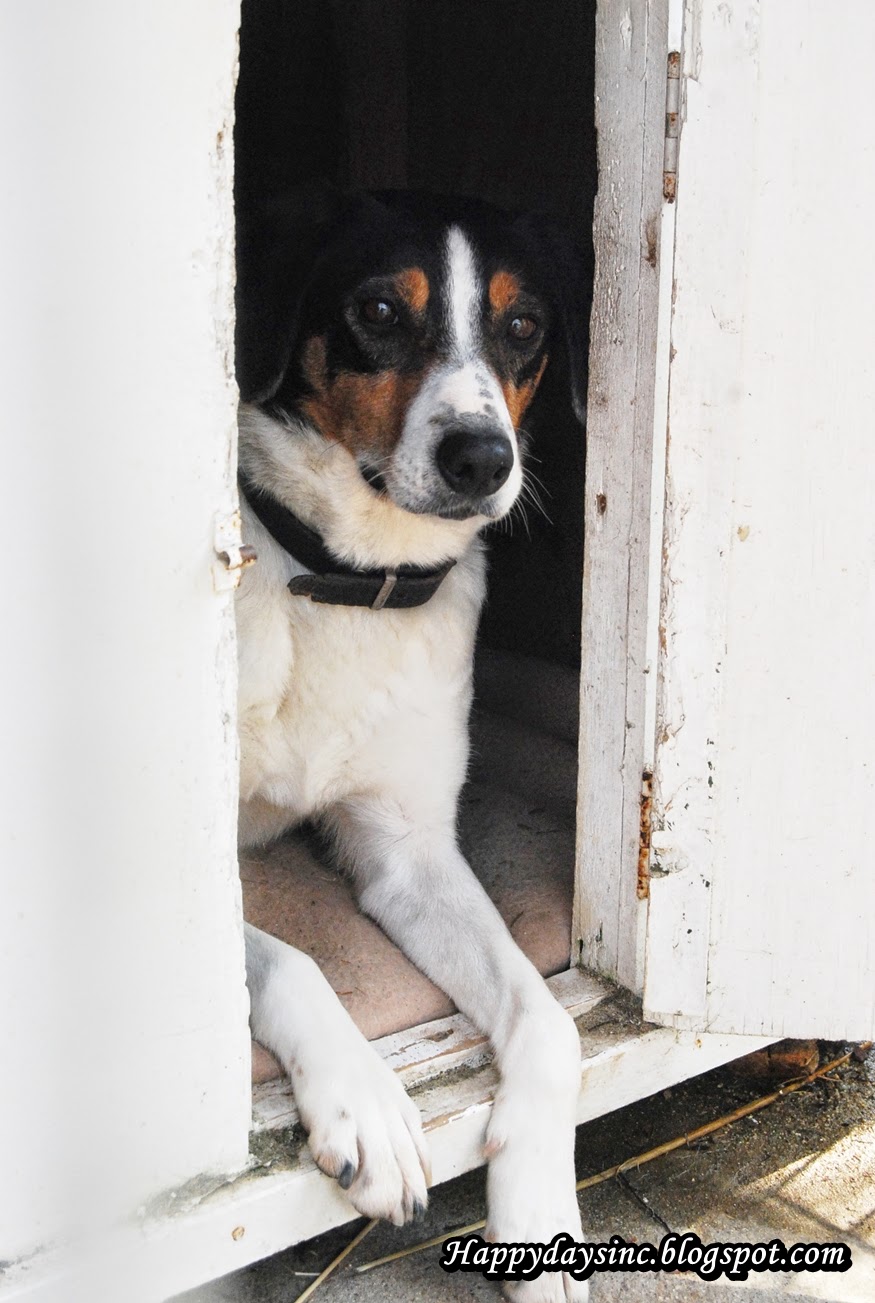 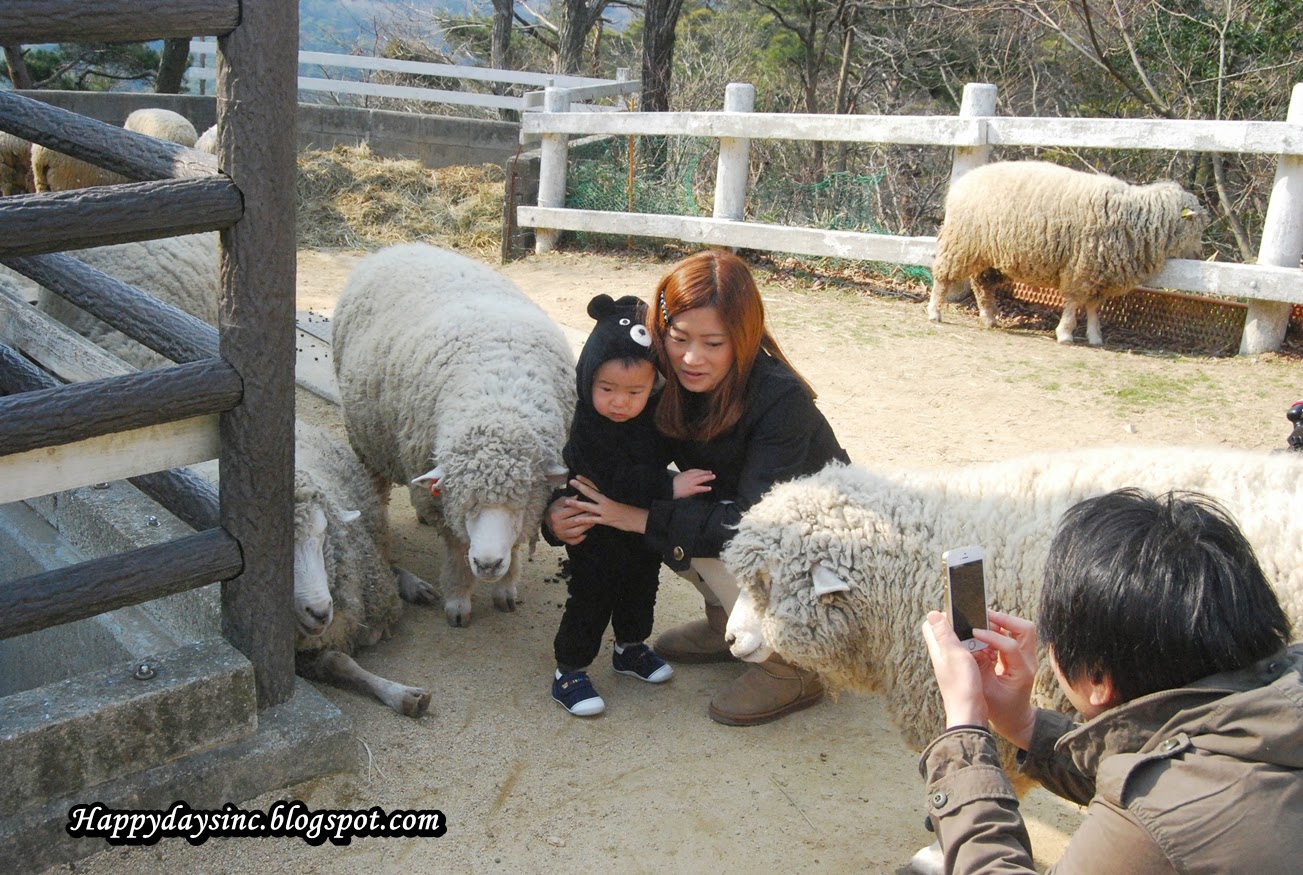 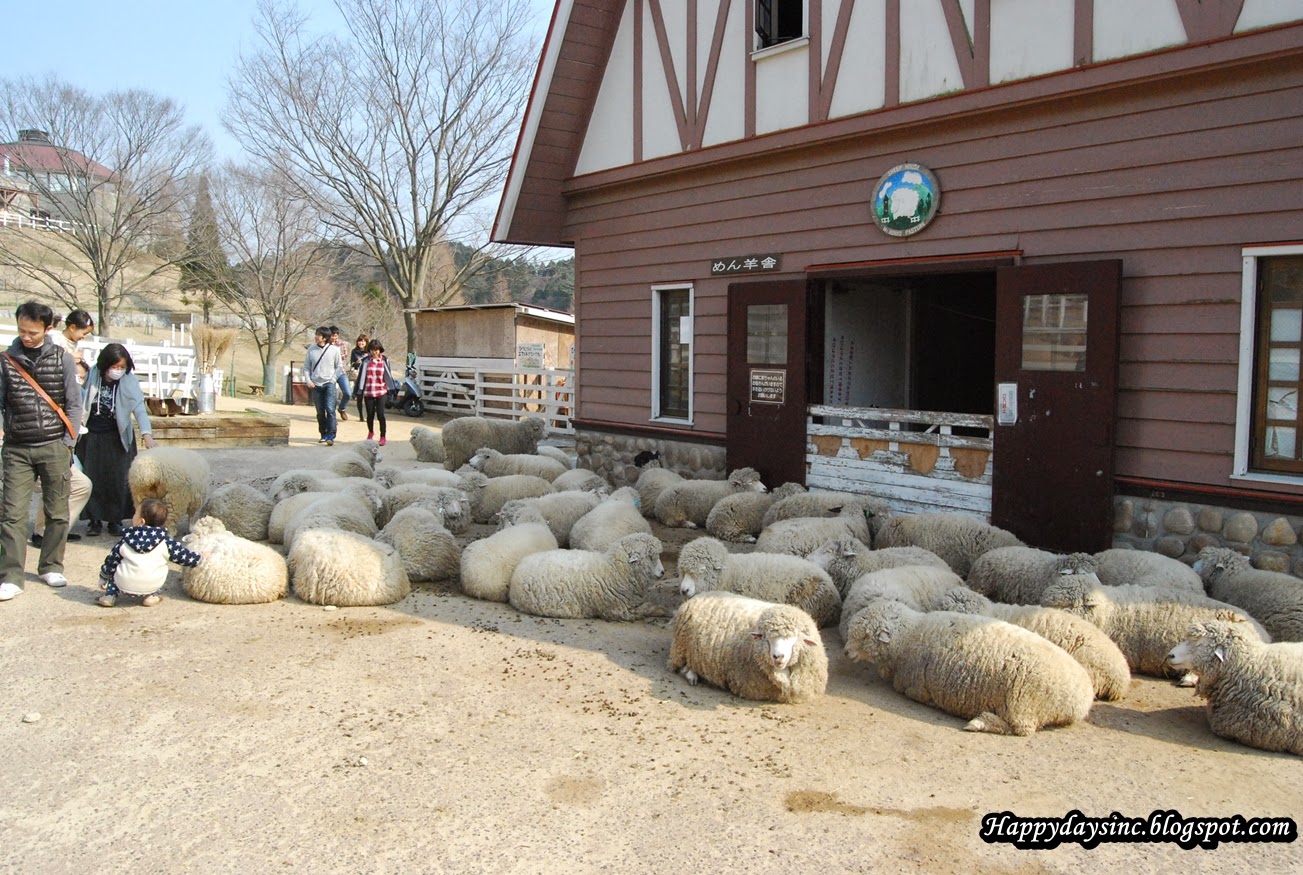 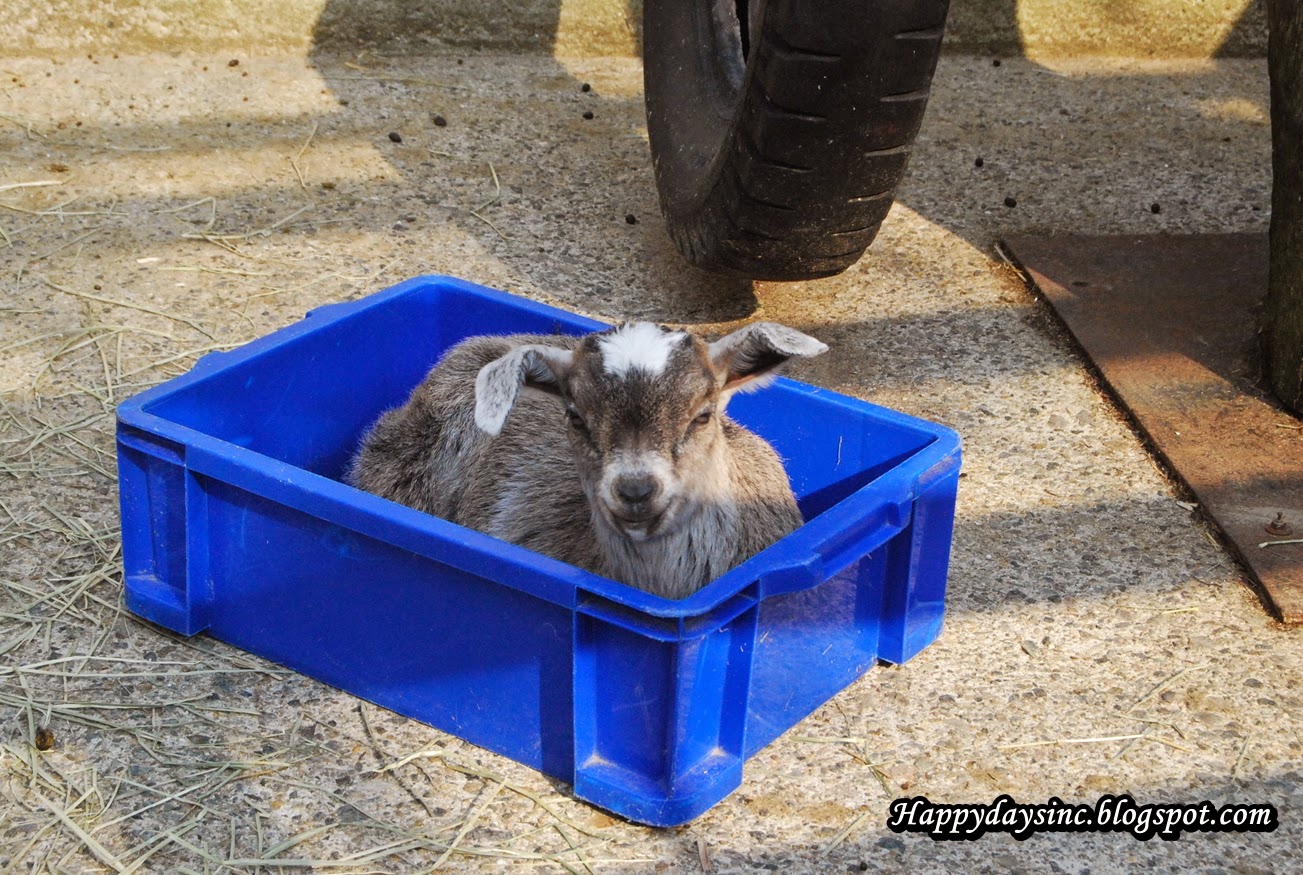 To save time and money, we rode the Hankyu bus all the way down to the Hankyu Rokko station where we took the Hankyu train back to Sannomiya. 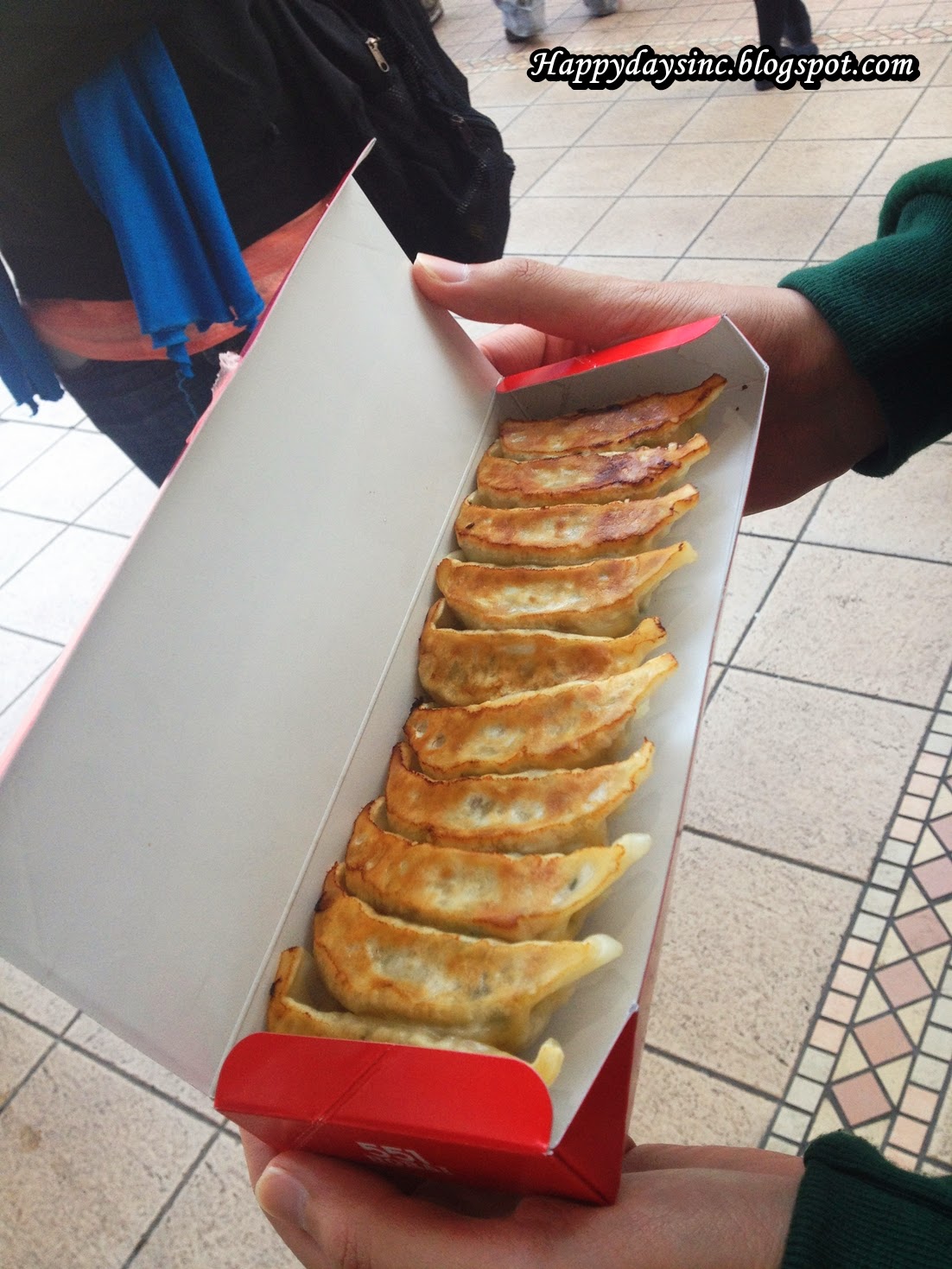 Sannomiya wasn't just the main transportation hub but it was also where everything was. Food is in abundance here as was the shopping. We found two Starbucks just along one street and stumbled upon a 5-story shop that had everything from snuggles to jackets to food to hair dryer to sex toys. 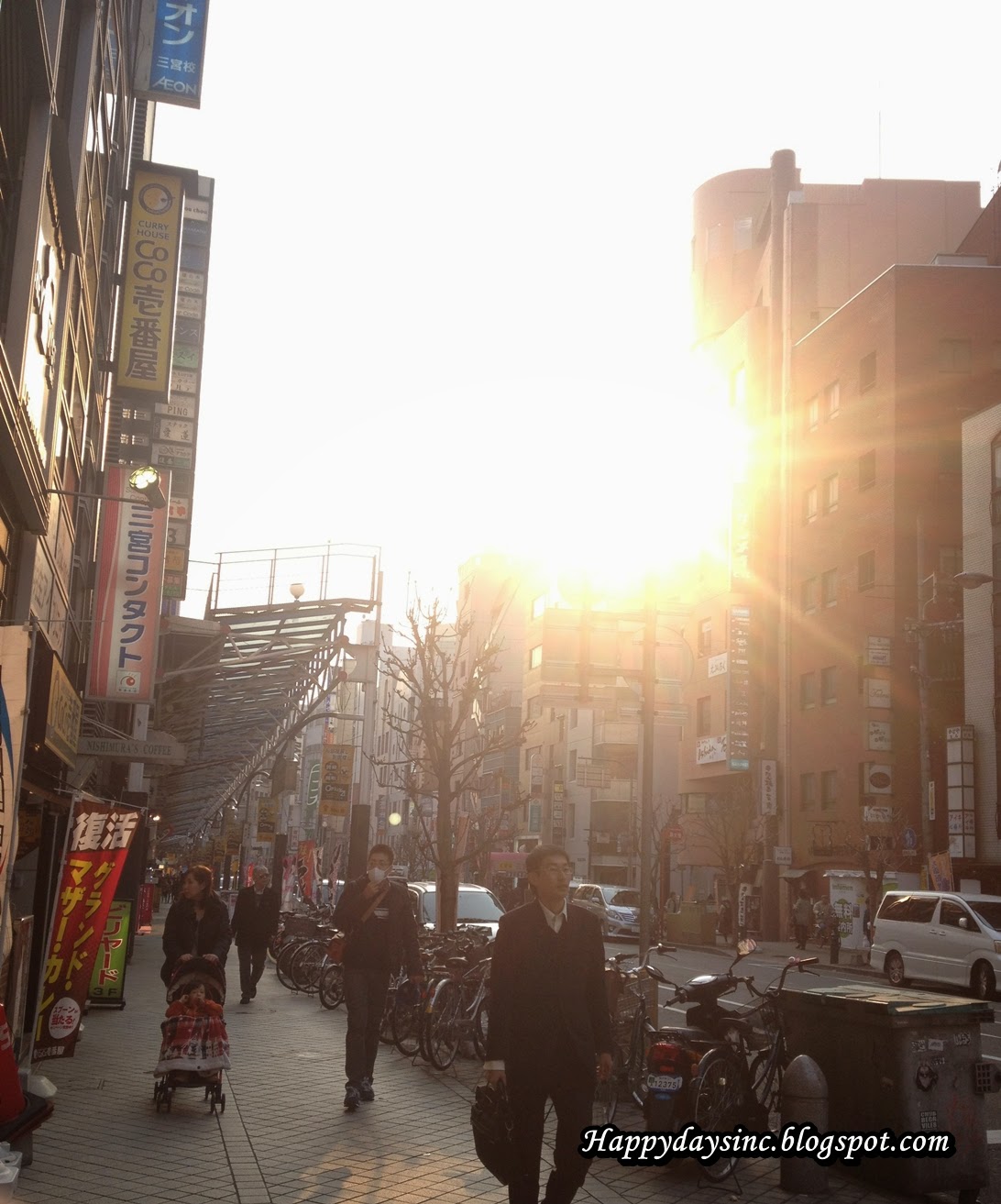 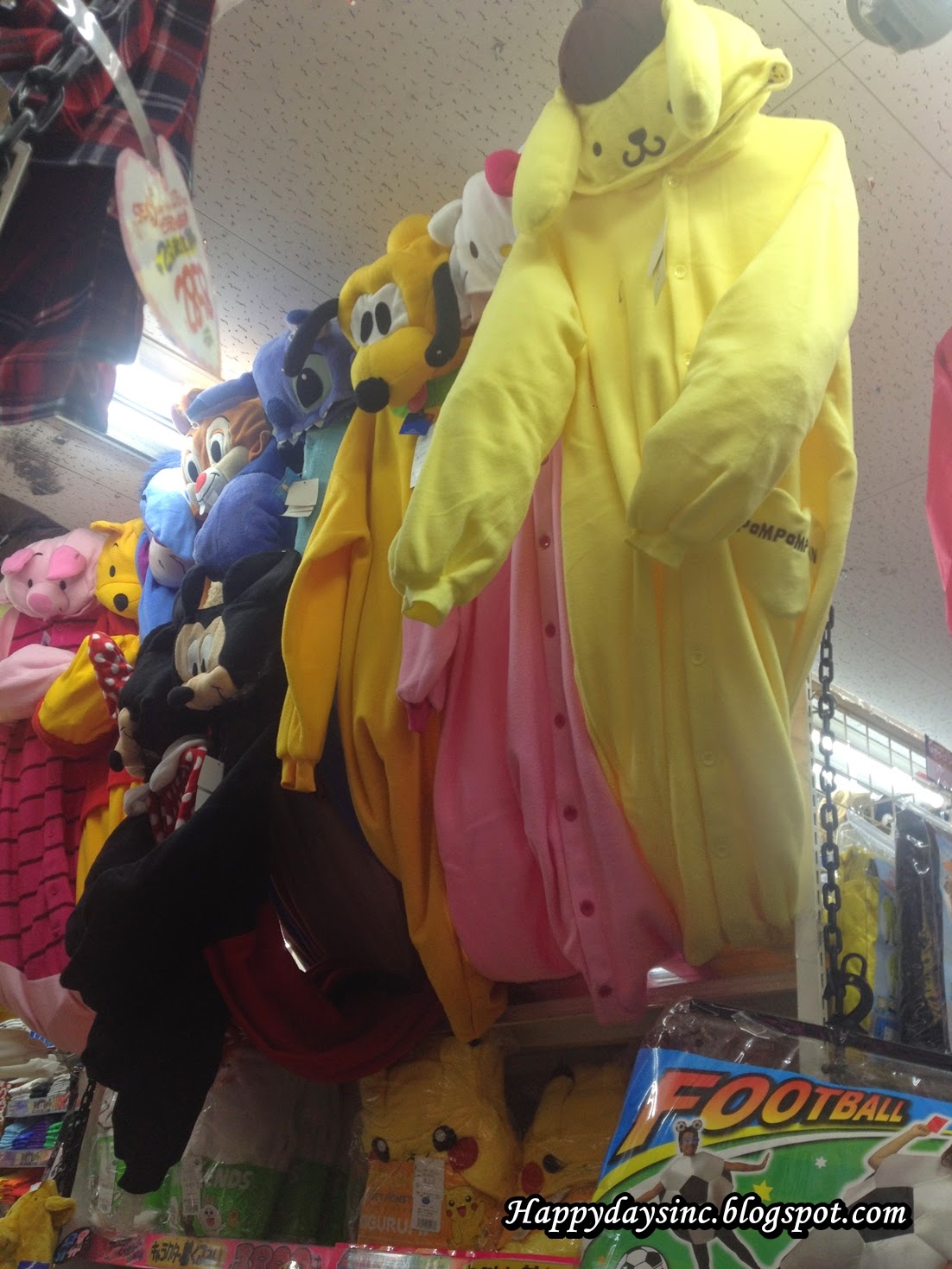 Tired with our feet in need of a massage, we returned to the guesthouse after buying frozen meals from a Family Mart. It was amazing how their frozen food was so delicious when it was steaming hot and convenient as well. 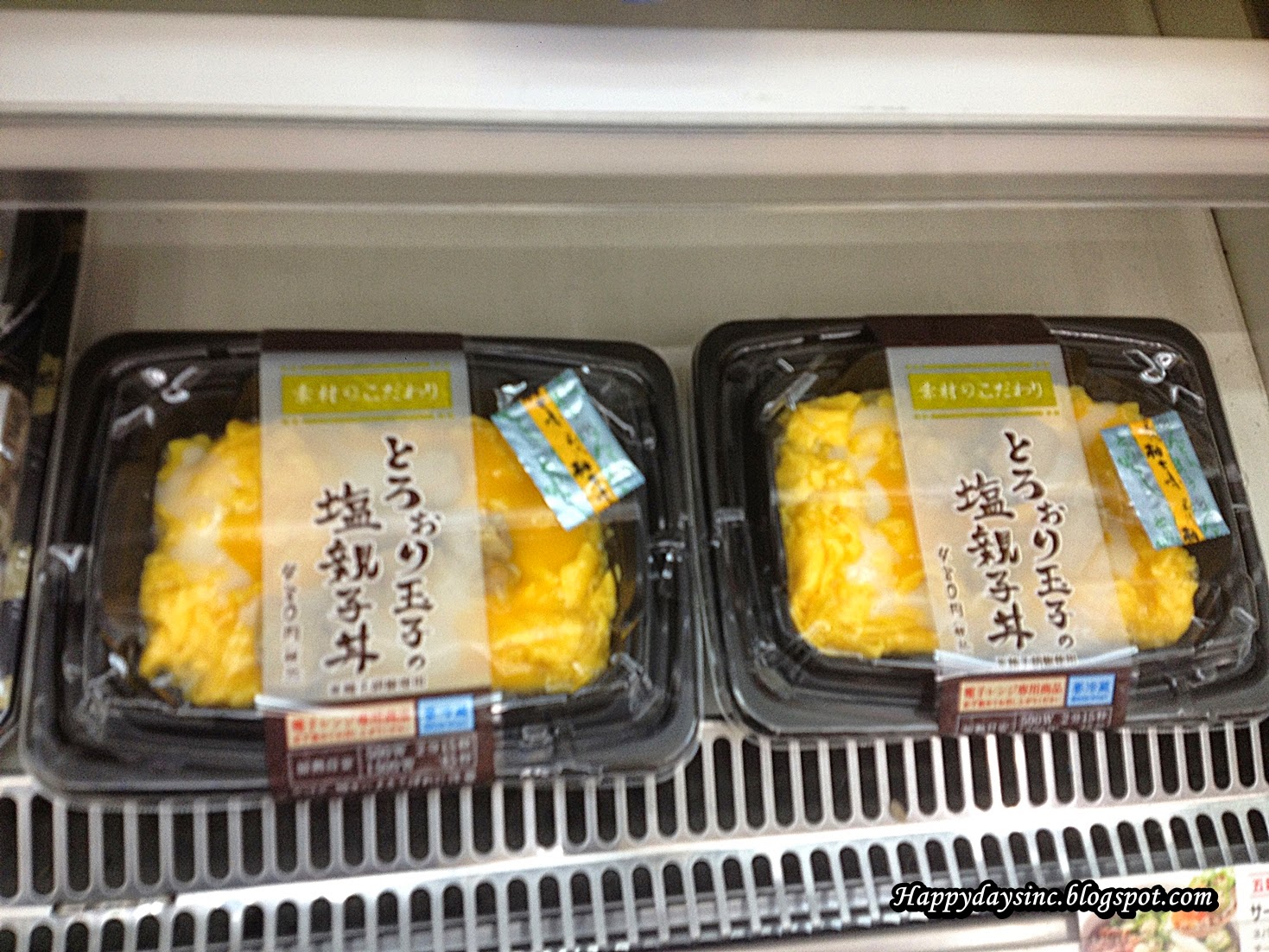 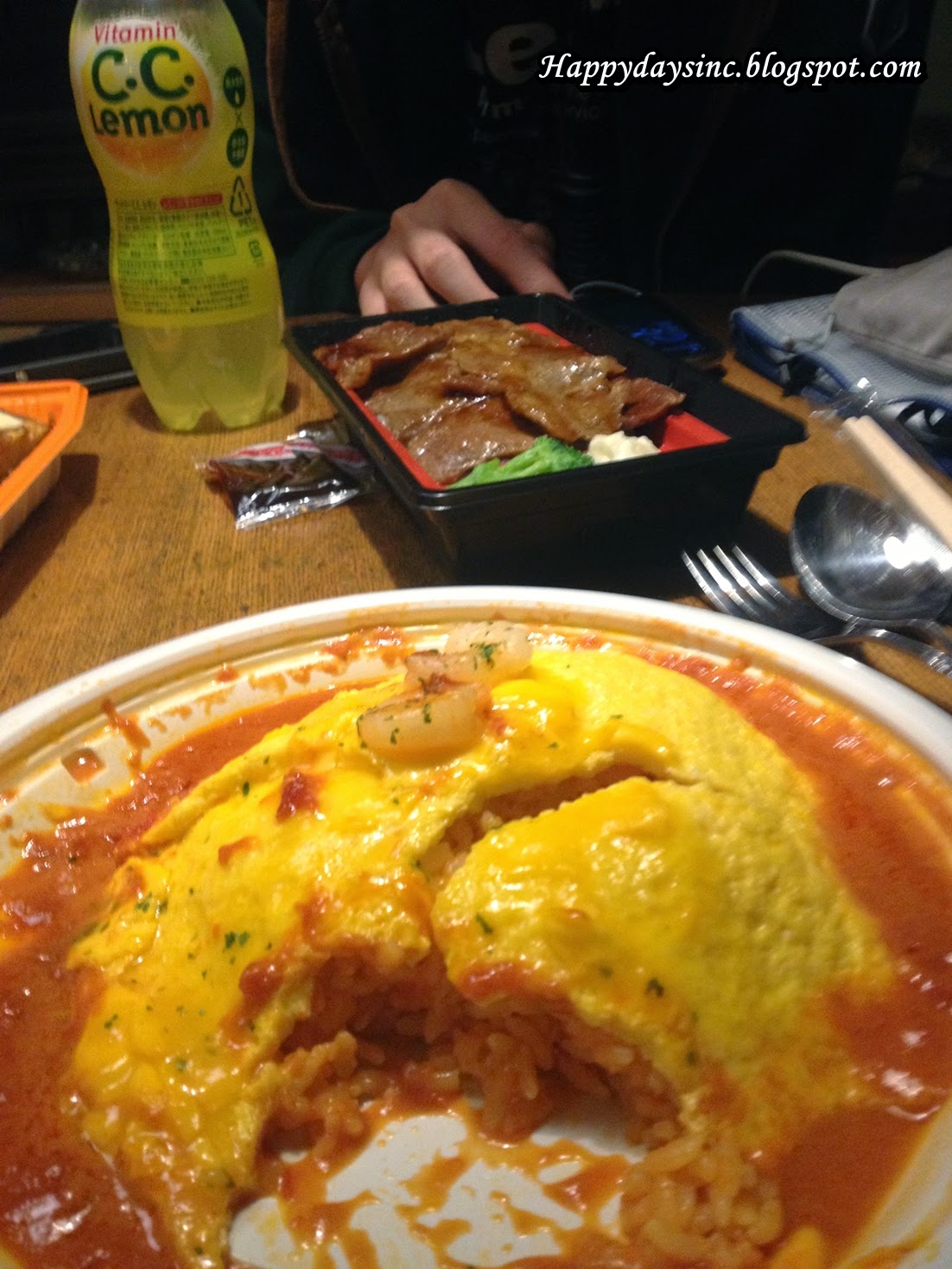 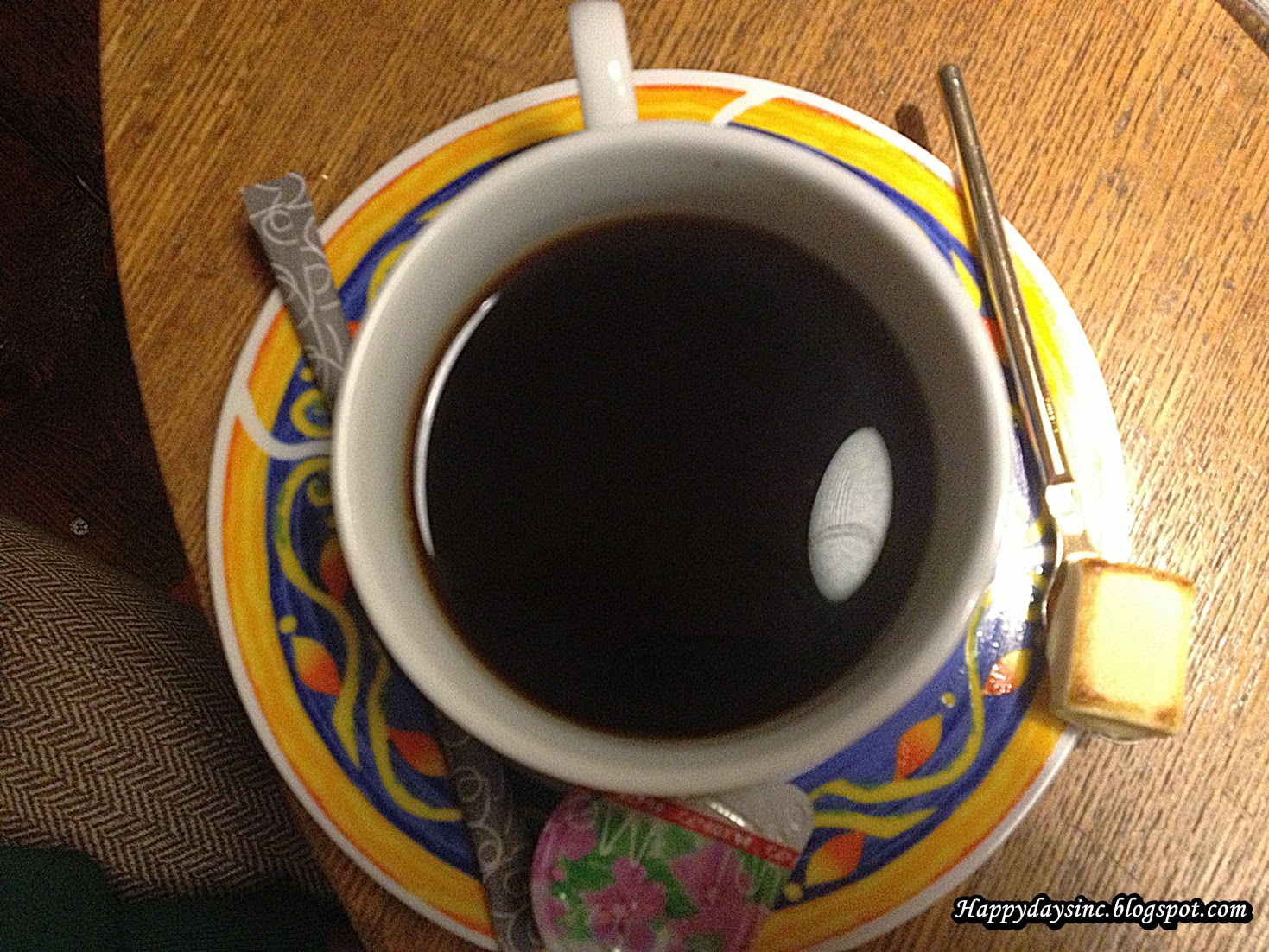 We had to wash our clothes that night as we were departing to Kyoto the next day but found the washing machine and dryer already taken up. Sister, Cousin and I waited and waited until it was close to midnight before we got to use it. The (cute) guy who used the washing machine before us then informed us that the dryer was slow and didn't dry his clothes. 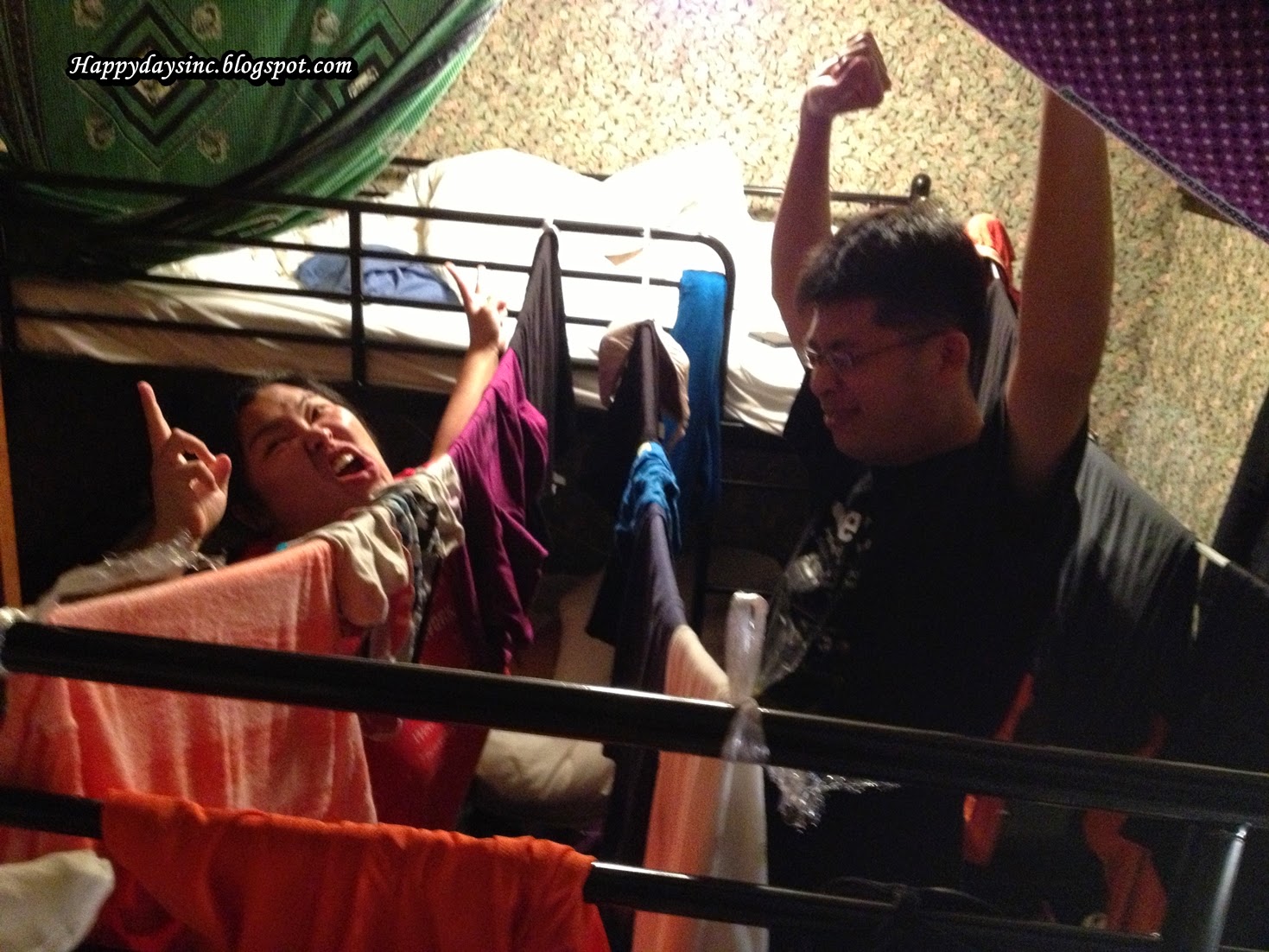 So we took drastic measures and borrowed cling-wrap from the kitchen and made our own clothing line inside our room (and threw a laundry rave party). As the air-con doubled as a heater, our clothes were more or less dried in the morning. How's that for adapting to the situation?

Day 3 on our move from Kobe to Kyoto coming soon.

Hi Allan. Yes the Kansai Thru Pass does cover the Hankyu Rokko Bus to the sanjo stn and even to the Rokkosan Pasture. What I did was take the cable car to the top and then took the bus down from the Pasture and it goes right back to the train station. Hope this helps! Lemme know if you need further help.

Hi Tania, thanks so much for your help. :)

Thank you Dorager! Hope it was helpful for u!