BBQ Thai restaurant in Old Klang Road is known for offering up authentic Thai street food in an chic environment that resembled the Bangkok night market that has since closed down. With different buildings that double as dining aircon rooms and unique decor in the main outdoor eating, BBQ Thai does leave an impression food-wise and ambivalence-wise My first visit a year ago, left me impressed with their BBQ pork neck and seafood Tom Yam soup and craving for more but since then I haven't had the time nor the company to revisit the place until recently. 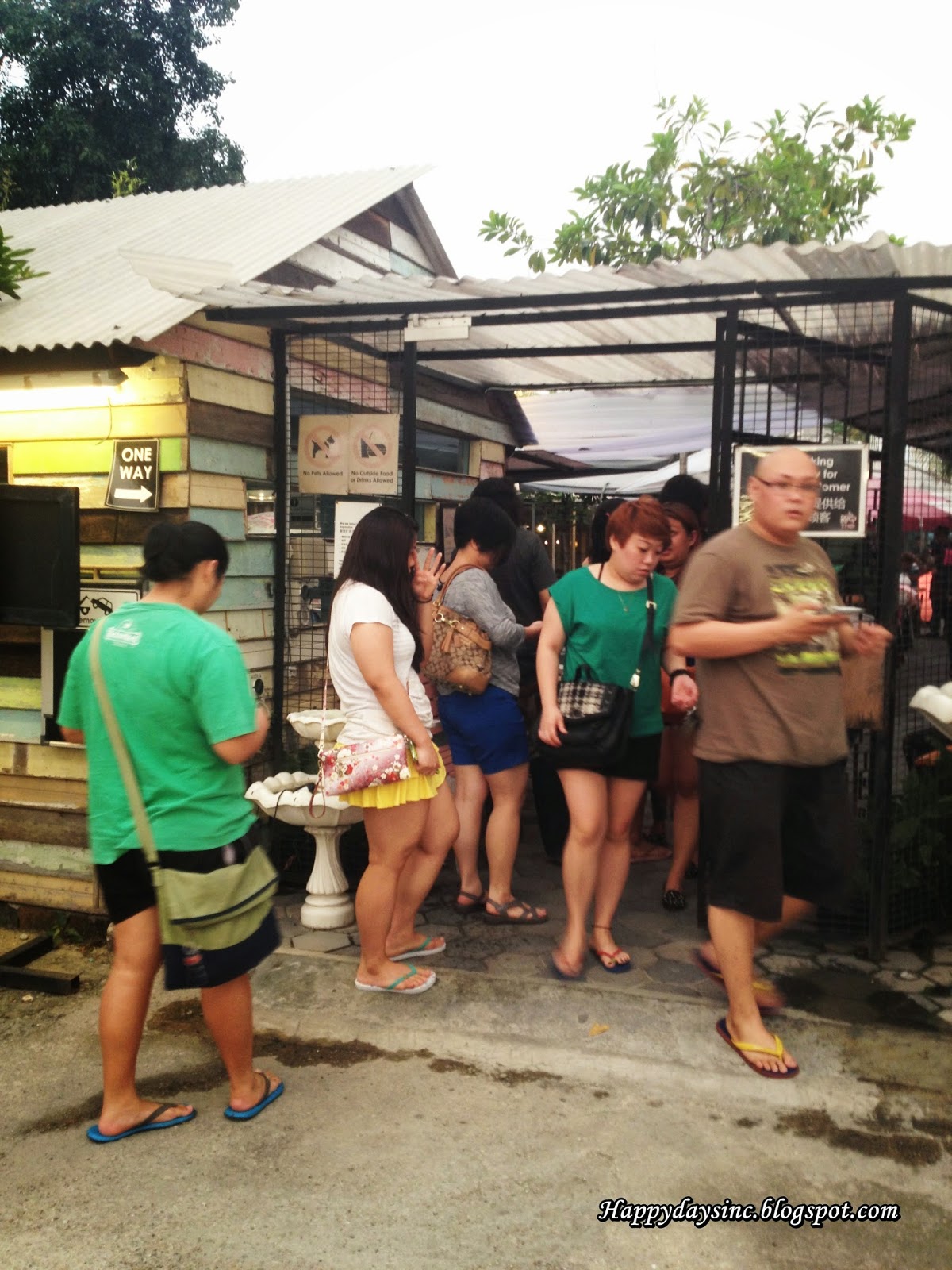 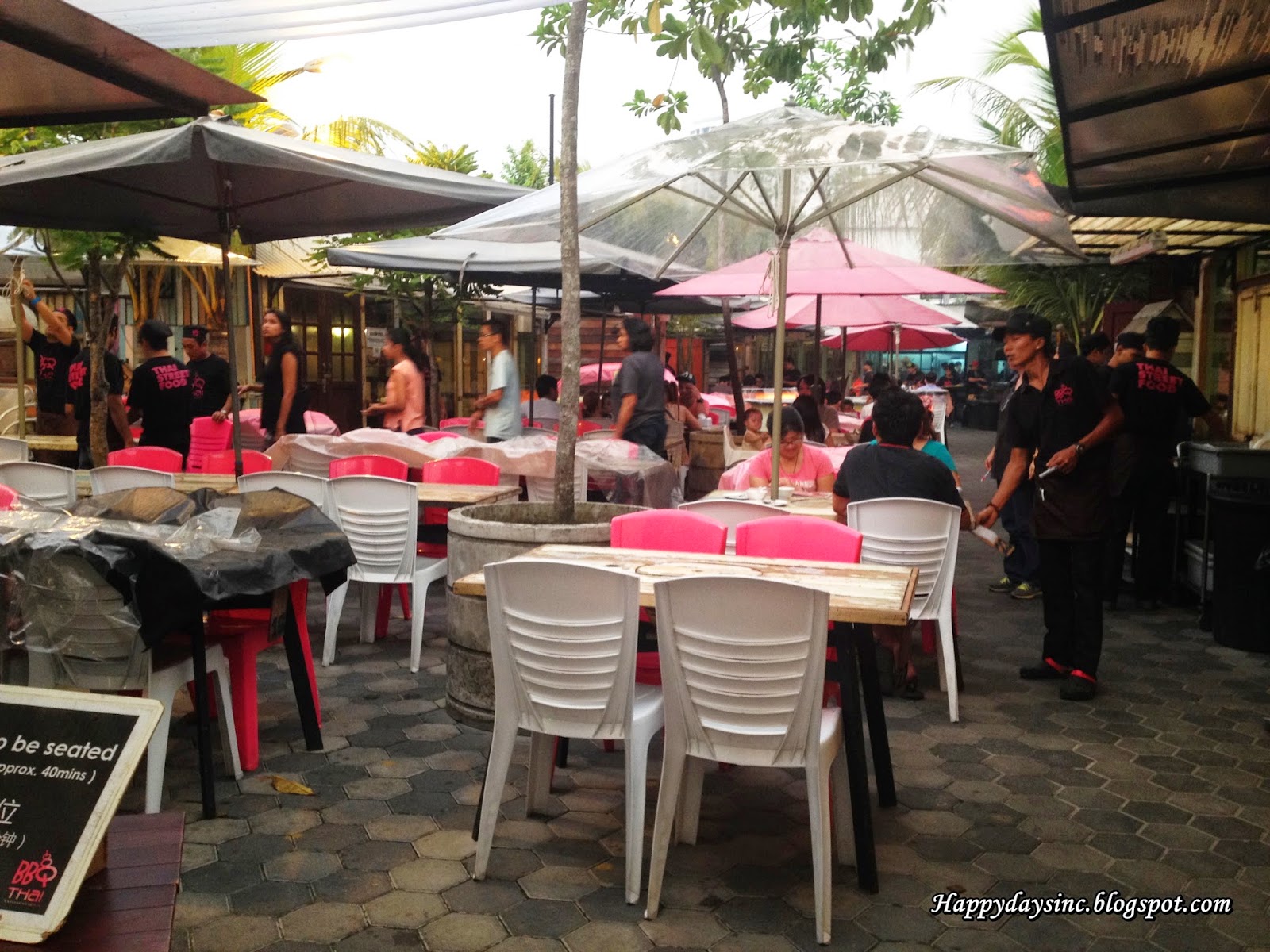 The best landmark to look out for when approaching the restaurant (if you are coming from Midvalley) is Coco Steamboat. Upon spotting that, best to stick to the left lane and slow down. The nearly-invisible entrance to BBQ Thai is a few meters down and parking can be found inside the compound although limited. It is advisable to carpool and/or driving a small car. Reservation is recommended for larger groups and if you would like some privacy, request for the air-con rooms although it could get noisy inside. 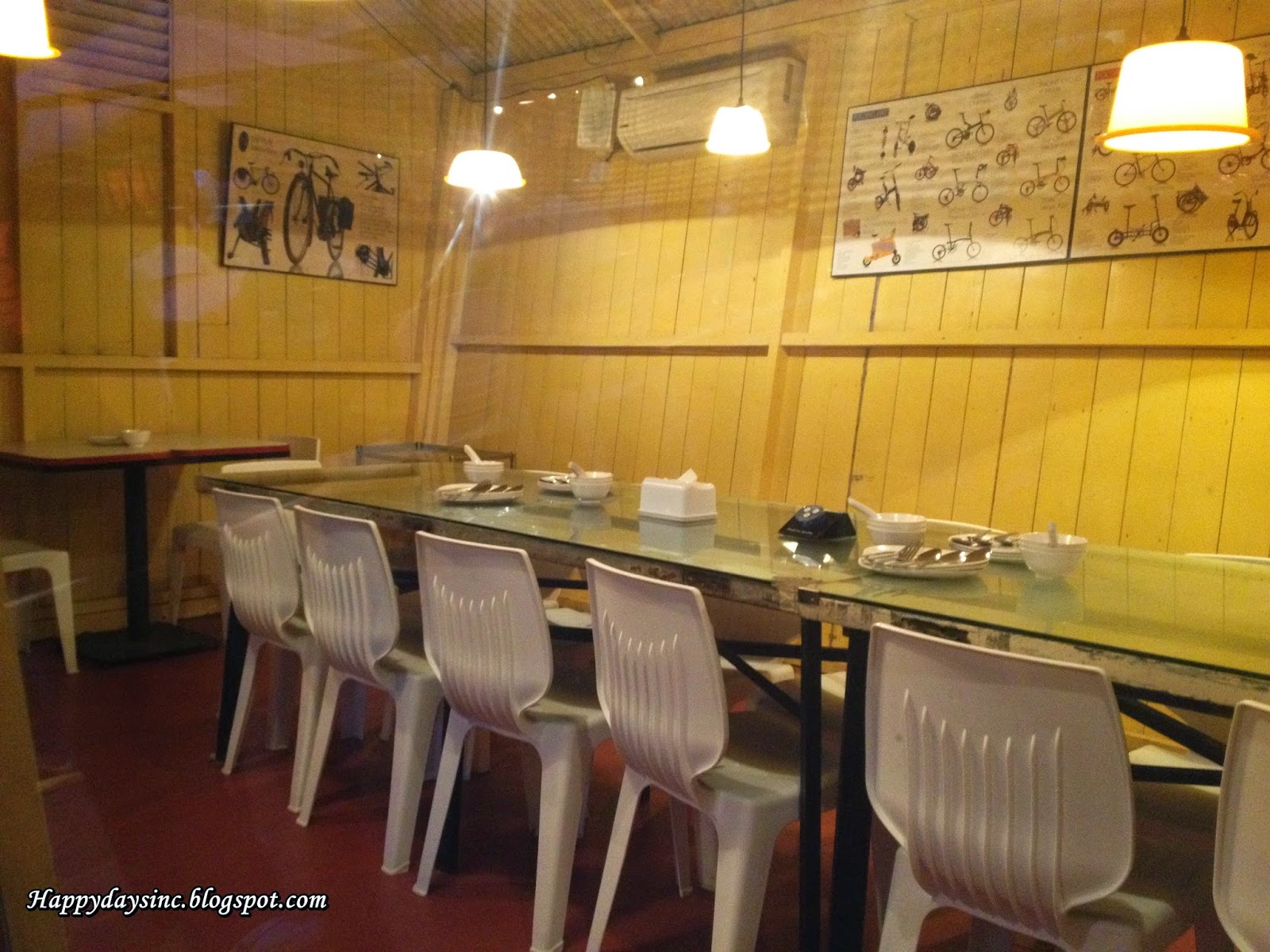 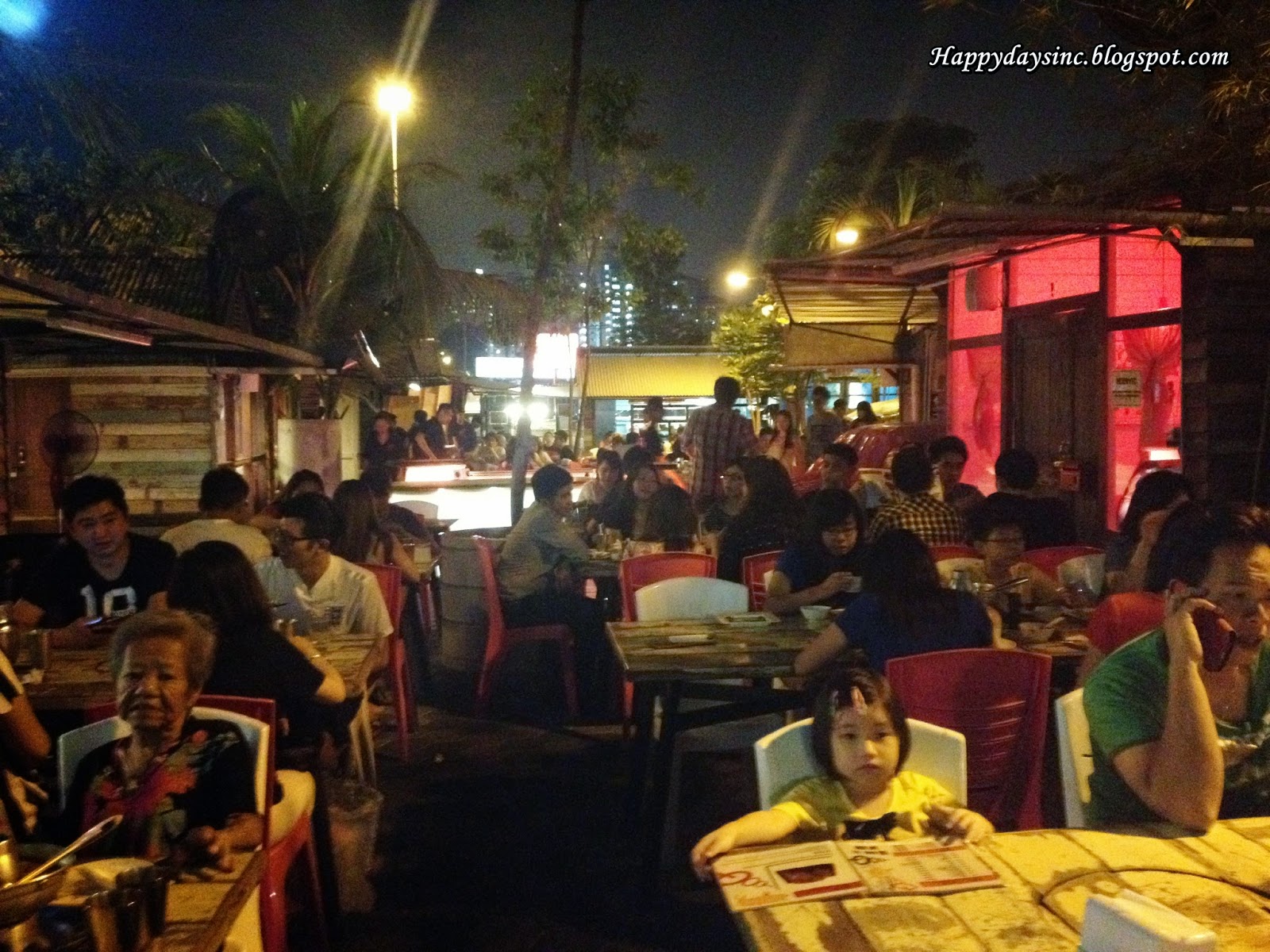 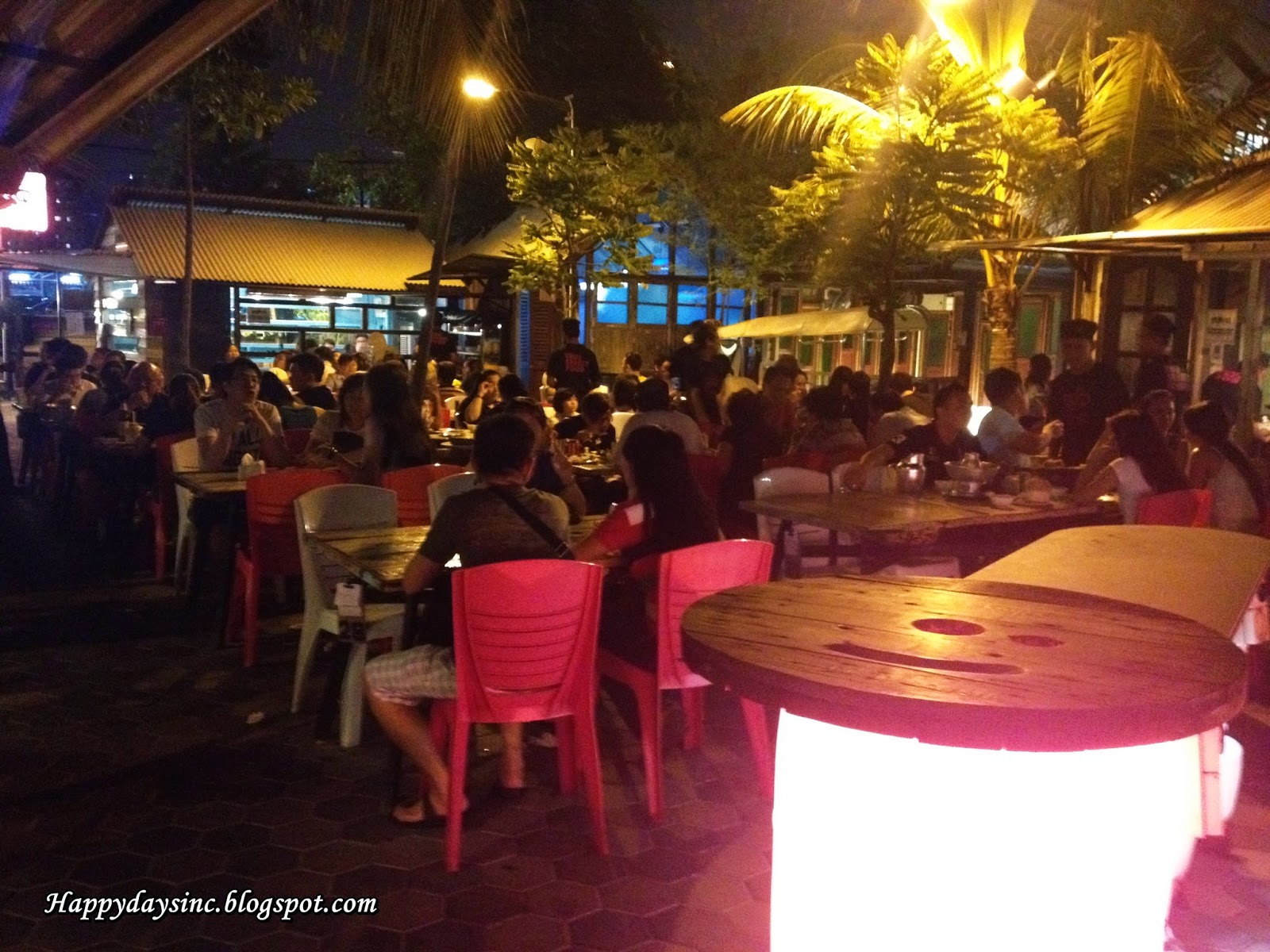 730pm was a popular time with parking spaces running out and a queue forming at the entrance. Three out of four of my group had arrived and we were told to wait for our fourth member before we could be seated. Upon her arrival, we were seated and quickly ordered as we were starving. 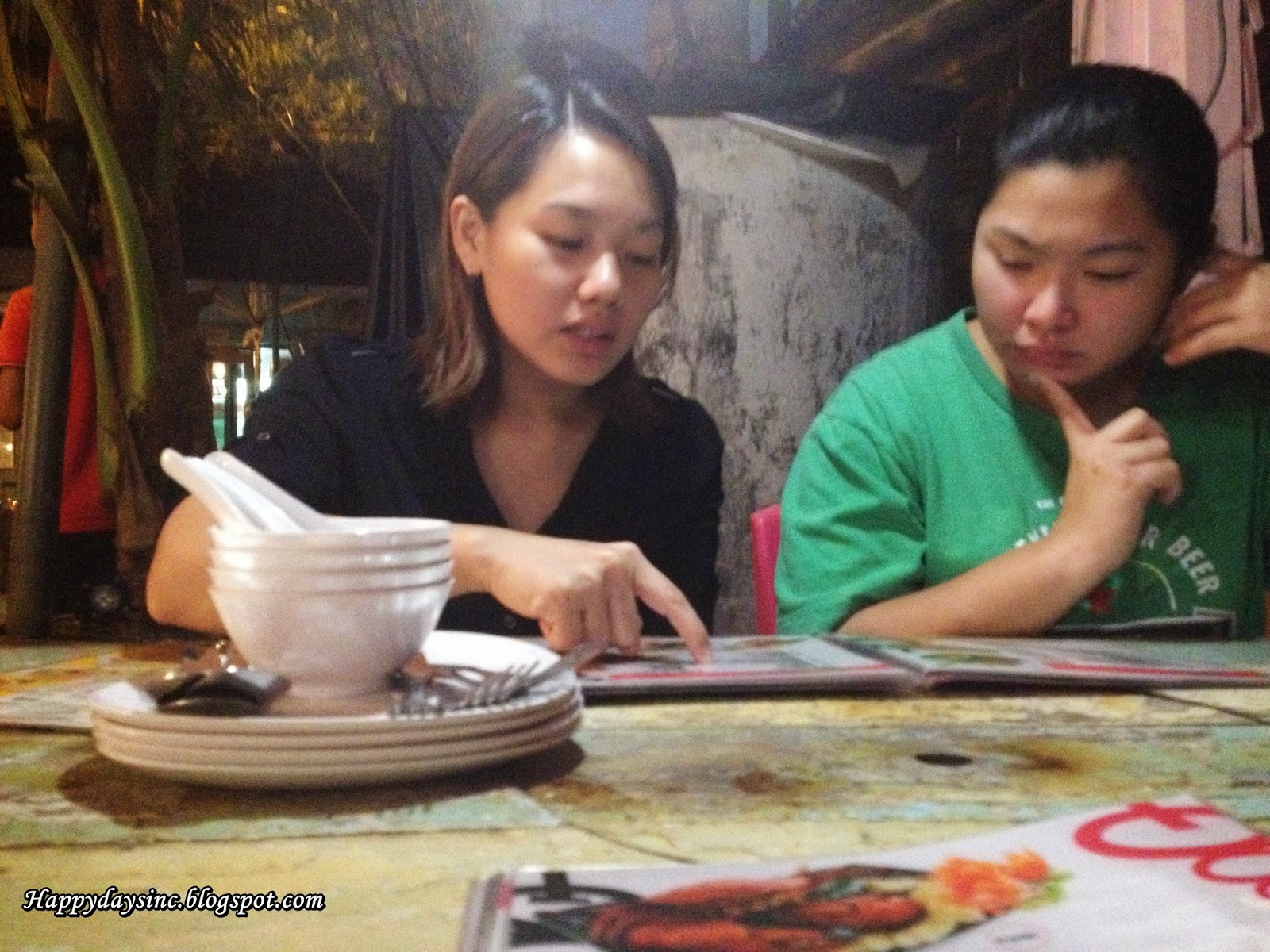 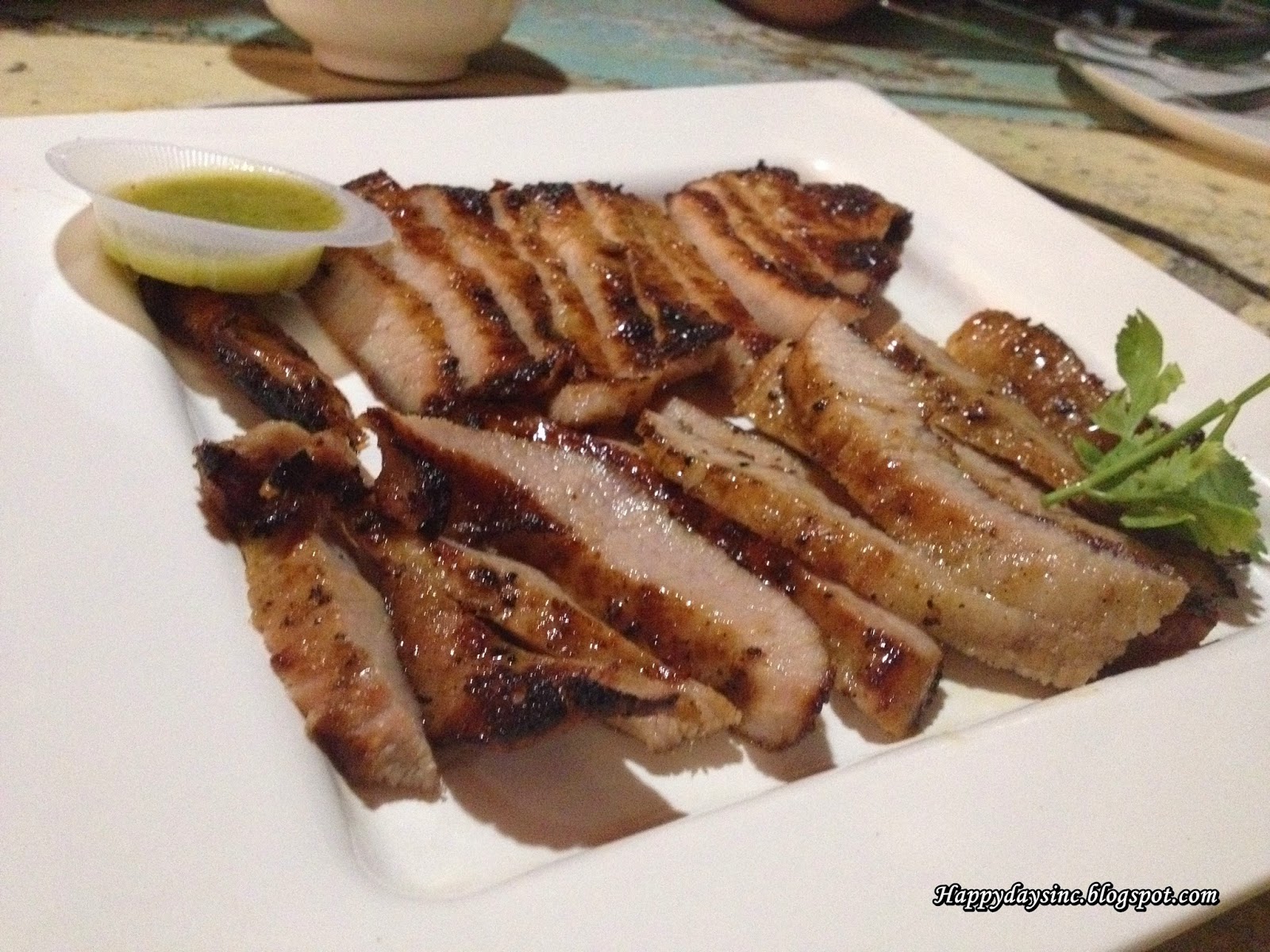 The BBQ pork neck (RM28) was as juicy and flavourful as the first time I tried it and with almost no fatty bits and a crunchy skin, the succulent meat had our eyes rolling back in bliss. The green chilli sauce that accompanied the dish gave a spicy kick with a sourish pinch. 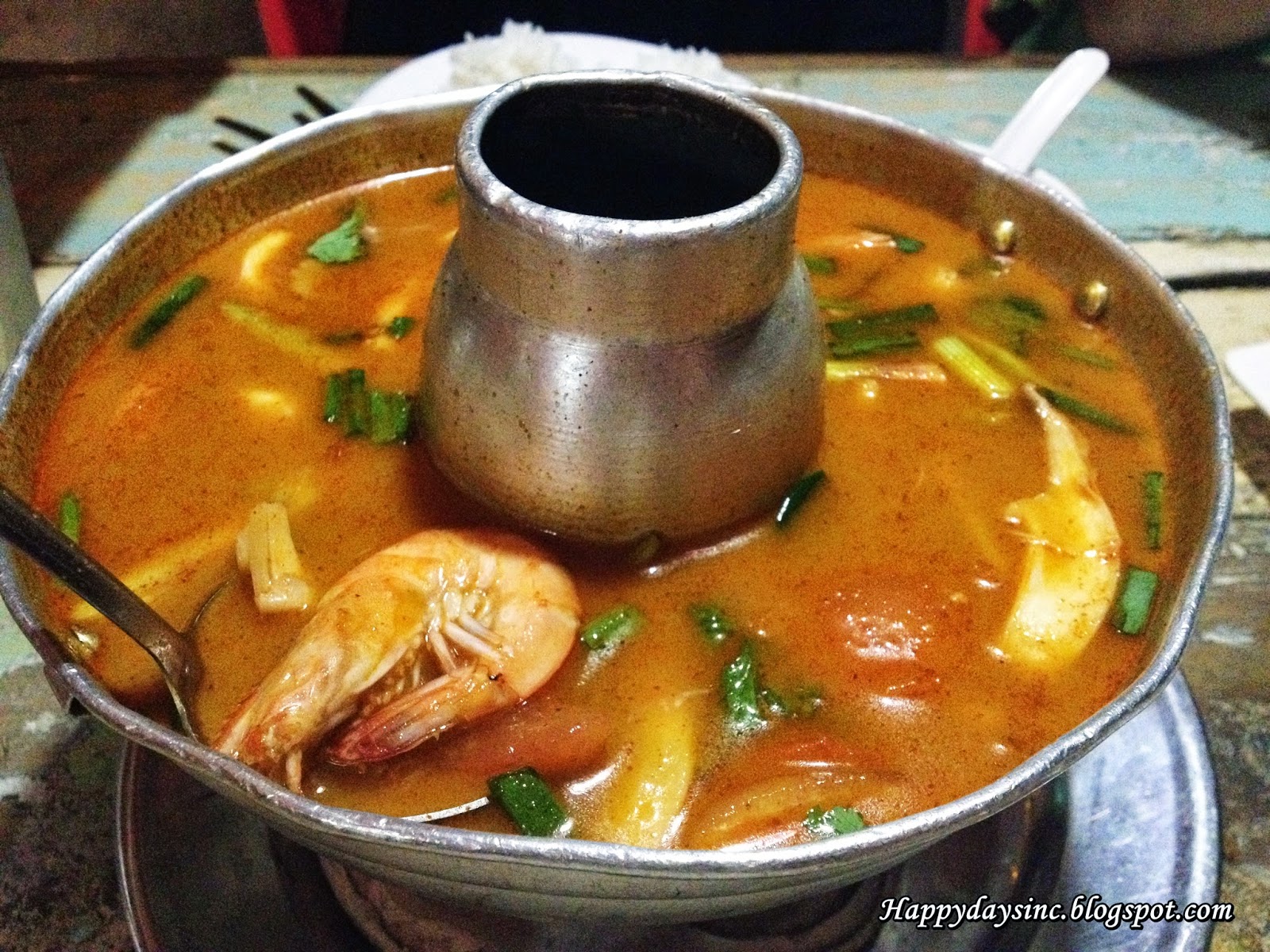 We ordered the small seafood Tom Yam (RM20) which proved more than enough for us. The soup was thick and the spiciness just right for us spicy lovers. With lala, fresh prawns and squid, it was a generous portion although I found grains of sand in my lala a few times. 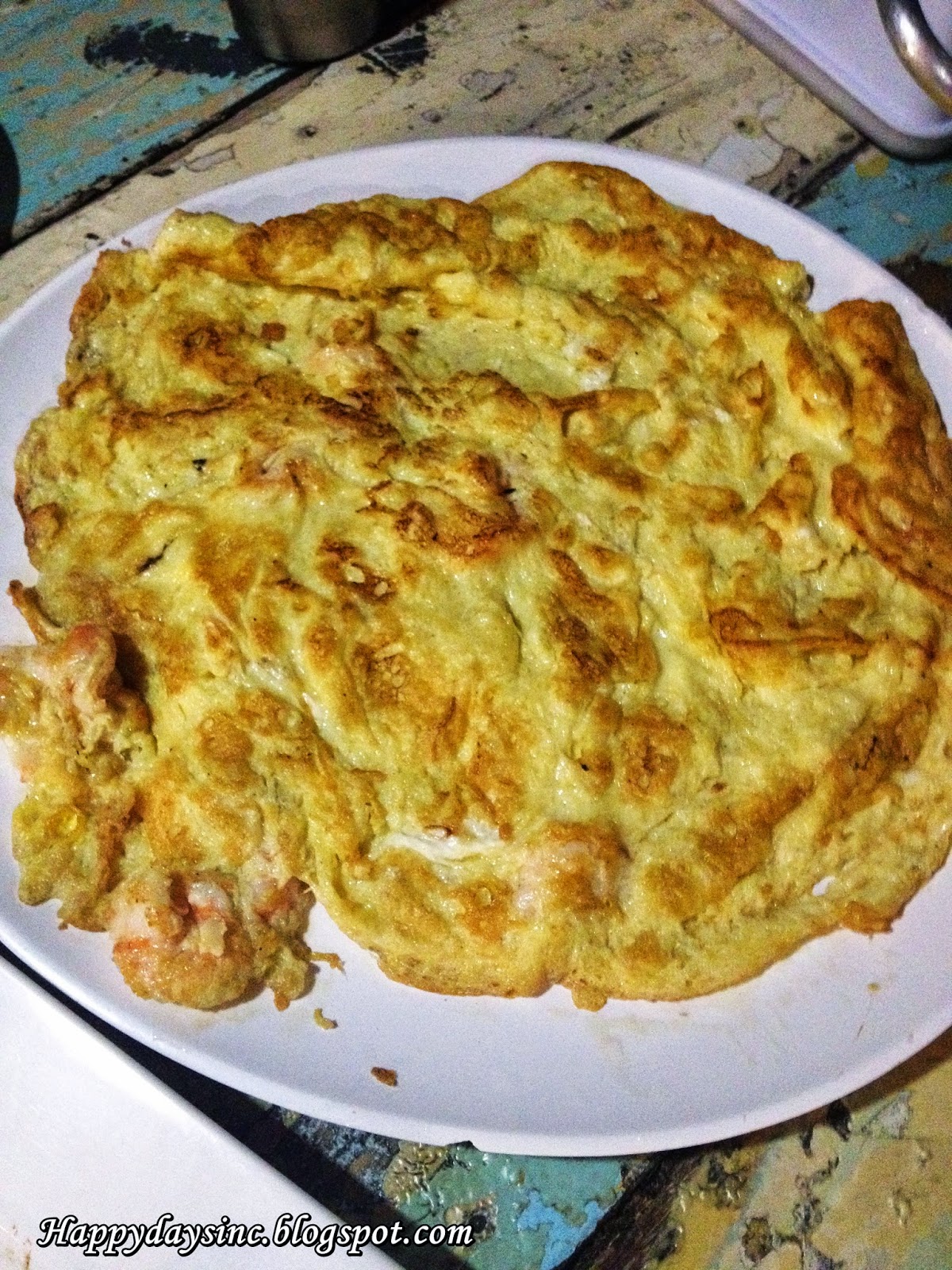 To keep our tastebuds from going aflame from all the spiciness, we also had the standard omelette with prawns  (RM12) We did not expect the serving to be huge and with a generous amount of yummy prawns in it. It wasn't too oily and was a good additional to the Tom Yam soup which I would dip the egg before consuming. 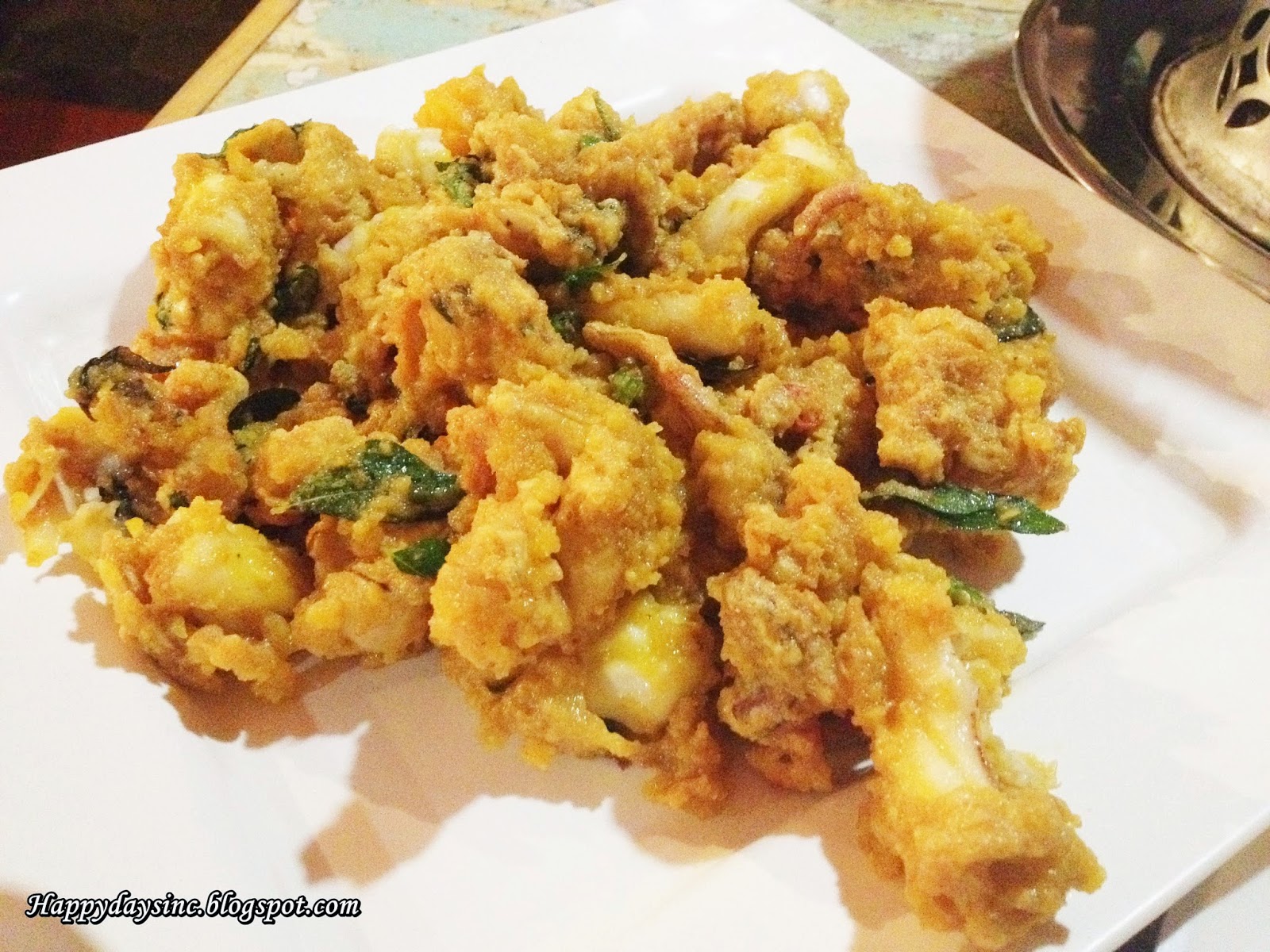 The salted egg squid (RM33) came next and my friends immediately declared it was surprisingly really good. The squid was fresh and well marinated in the salted egg yolk that coated every part of the squid. I would have liked it to be fried a little long for a more crunchy bite. 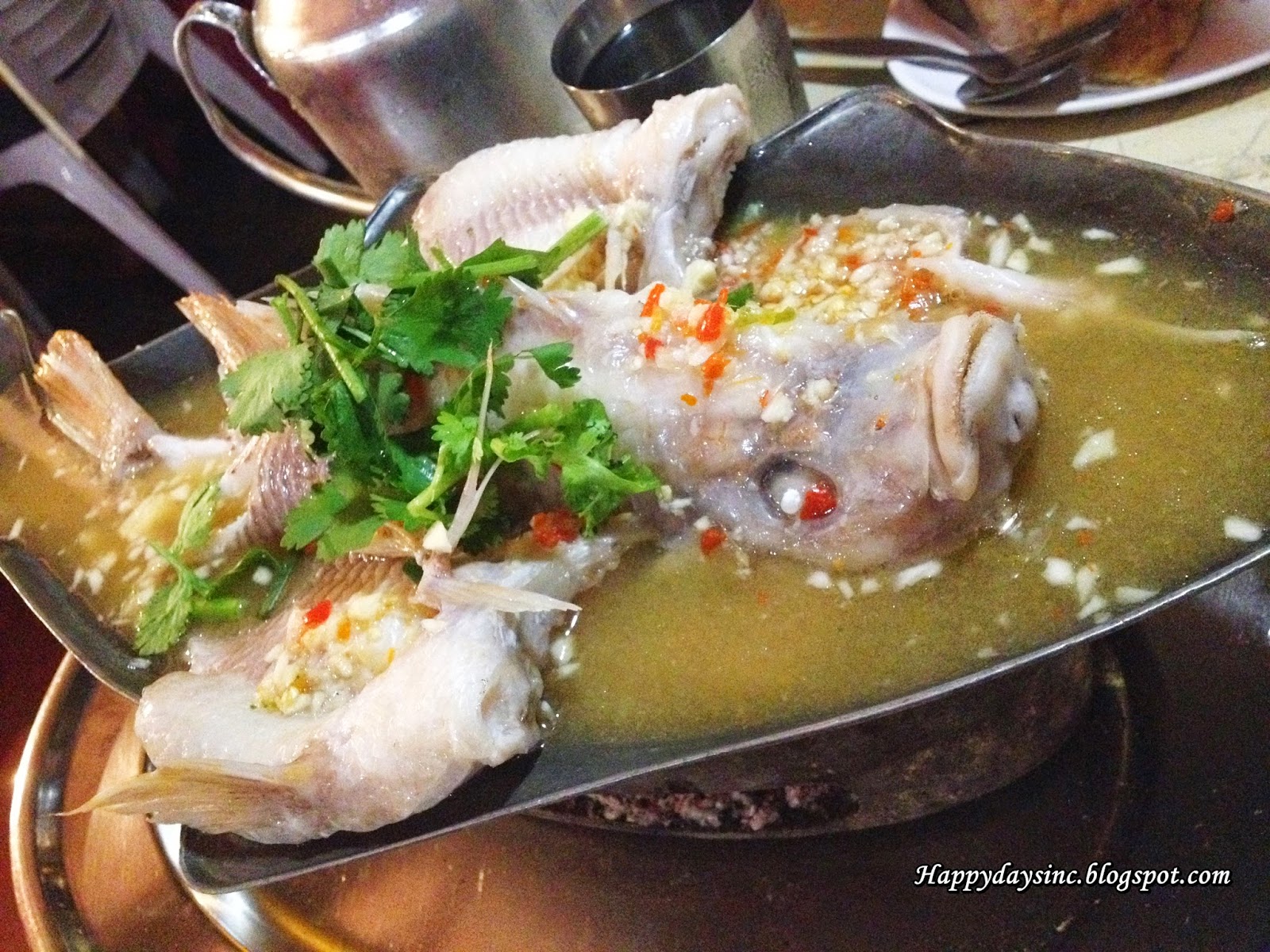 The final dish that we ordered was the steamed talapia in spicy thai sauce (RM38). Served on a hot plate, the fish was average-sized with the underbelly sliced to allow the meat inside to cook evenly while soaking into the sauce. Sprinkled with a lot of chili and garlic bits, the meat was soft and oh-so-melts-in-your-mouth-good especially when scooped up with the sauce. Between the four of us, we ate everything leaving only the bones. 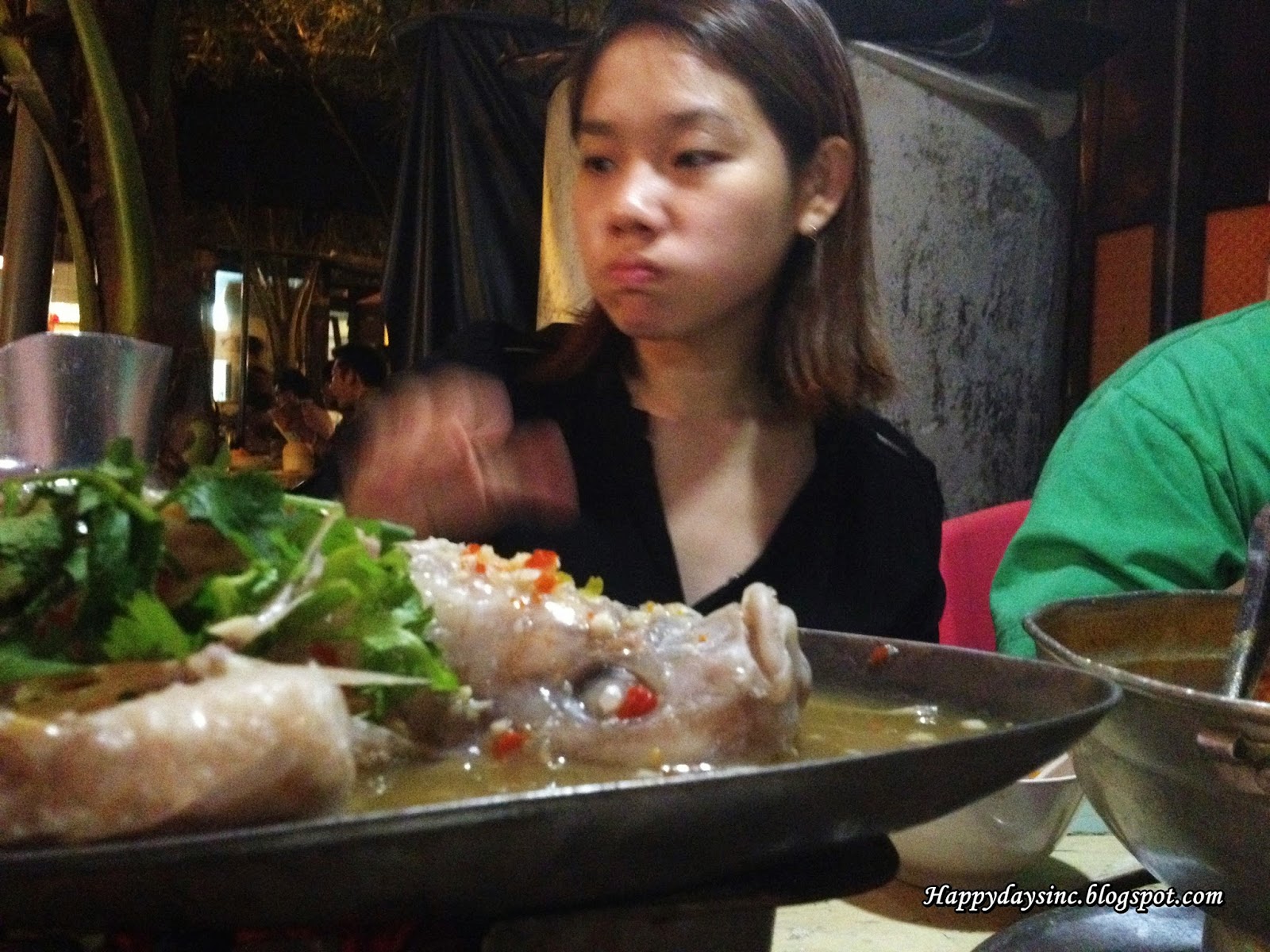 Along with rice (RM7.20)  and refillable pandan water (RM3.20) for four people, our bill came up to RM155.55 inclusive of service charge. Considering that we inhaled five dishes, most of which was seafood, it was a reasonable price to pay. The food comes close to the Thai flavours but has been of course adjusted to suit our Malaysian tastebuds.

Food looks awesome!! I like the picture of the seafood tom yum!