After two nights in Kobe and three nights in Kyoto, we were finally heading back to Osaka for the remaining 4 nights of the trip. But first, a quick stop in Nara to see the famous Nara deer park and Todaiji temple. 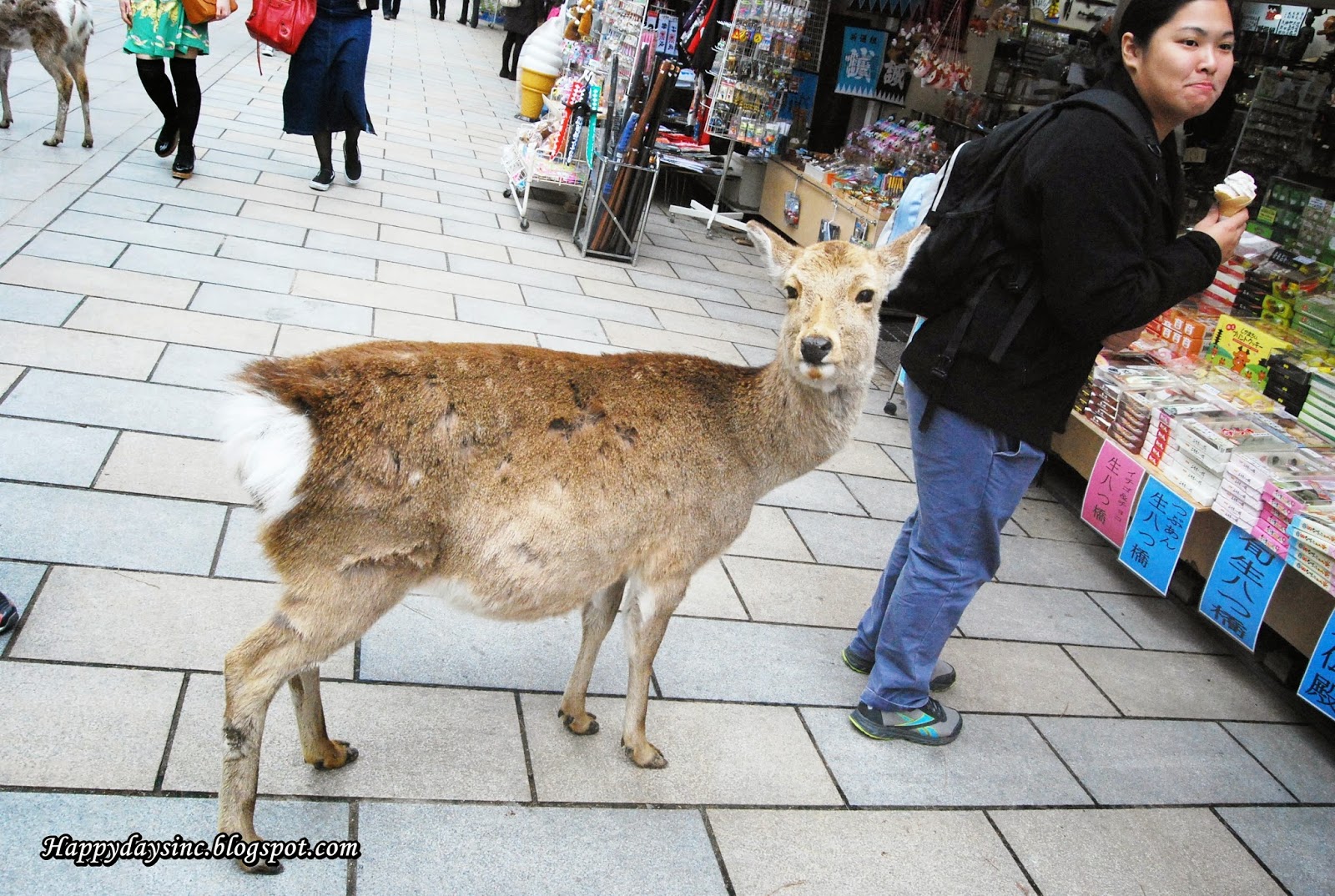 We took the Kintetsu Nara semi-express train from Kyoto station and rode it all the way to Nara without needed to transit. We had our luggage with us and quickly ditched them in the lockers provided at the Nara station.  While there were a lot of medium and small lockers, the large-sized lockers suited for big luggages were limited. My group was lucky to have gotten lockers to store away our massive bags before they were all taken up by other travelers. 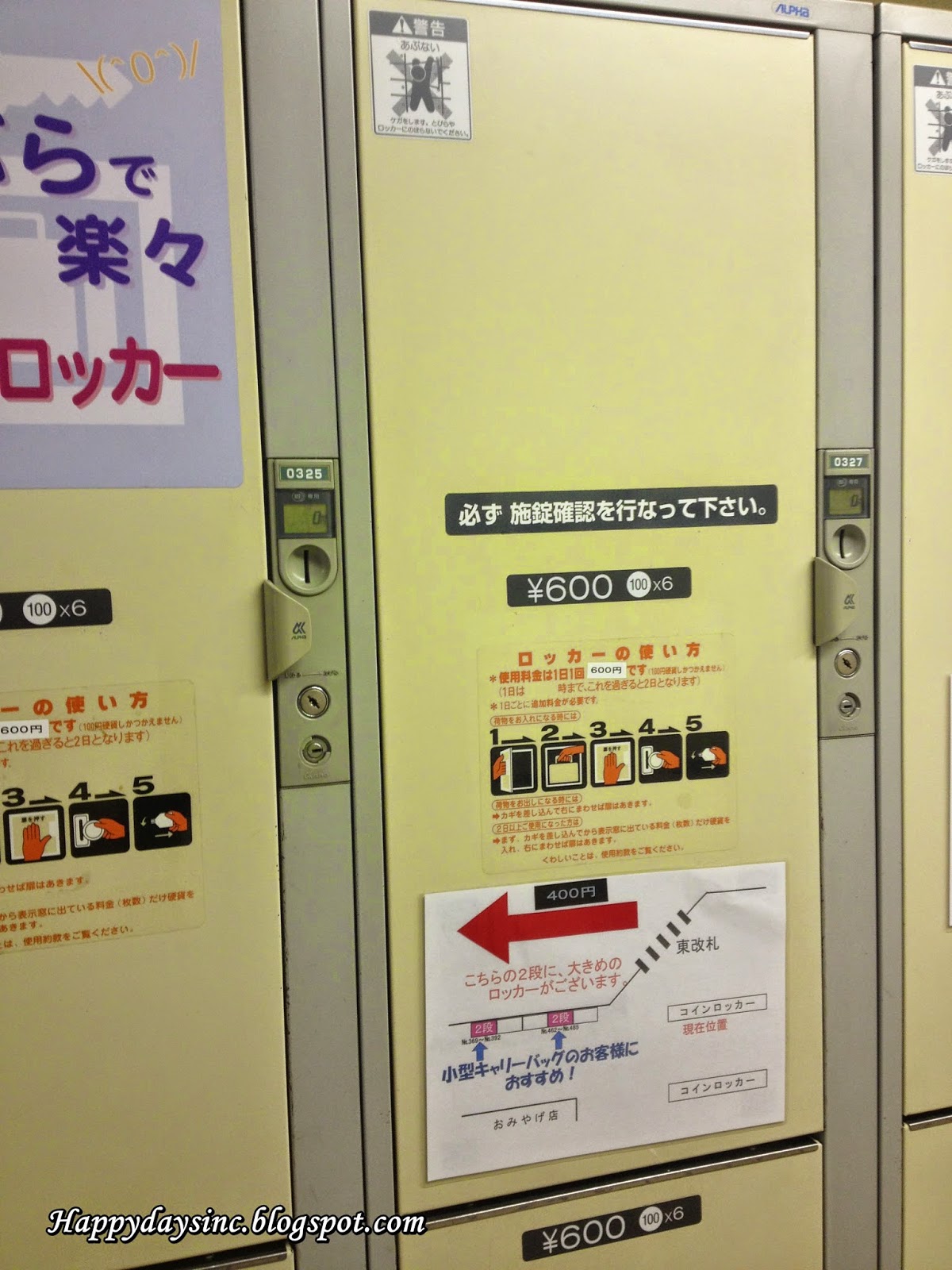 Now, I have actually visited Nara during my 2013 trip which made it a whole lot easier to nagivate the group to the main attractions which were the deers (which were everywhere in the park) and the temple that houses the largest bronze statue of the Buddha in the world. Todaiji temple has also been listed as a UNESCO World Heritage site making it an experience not to be missed when in Nara. 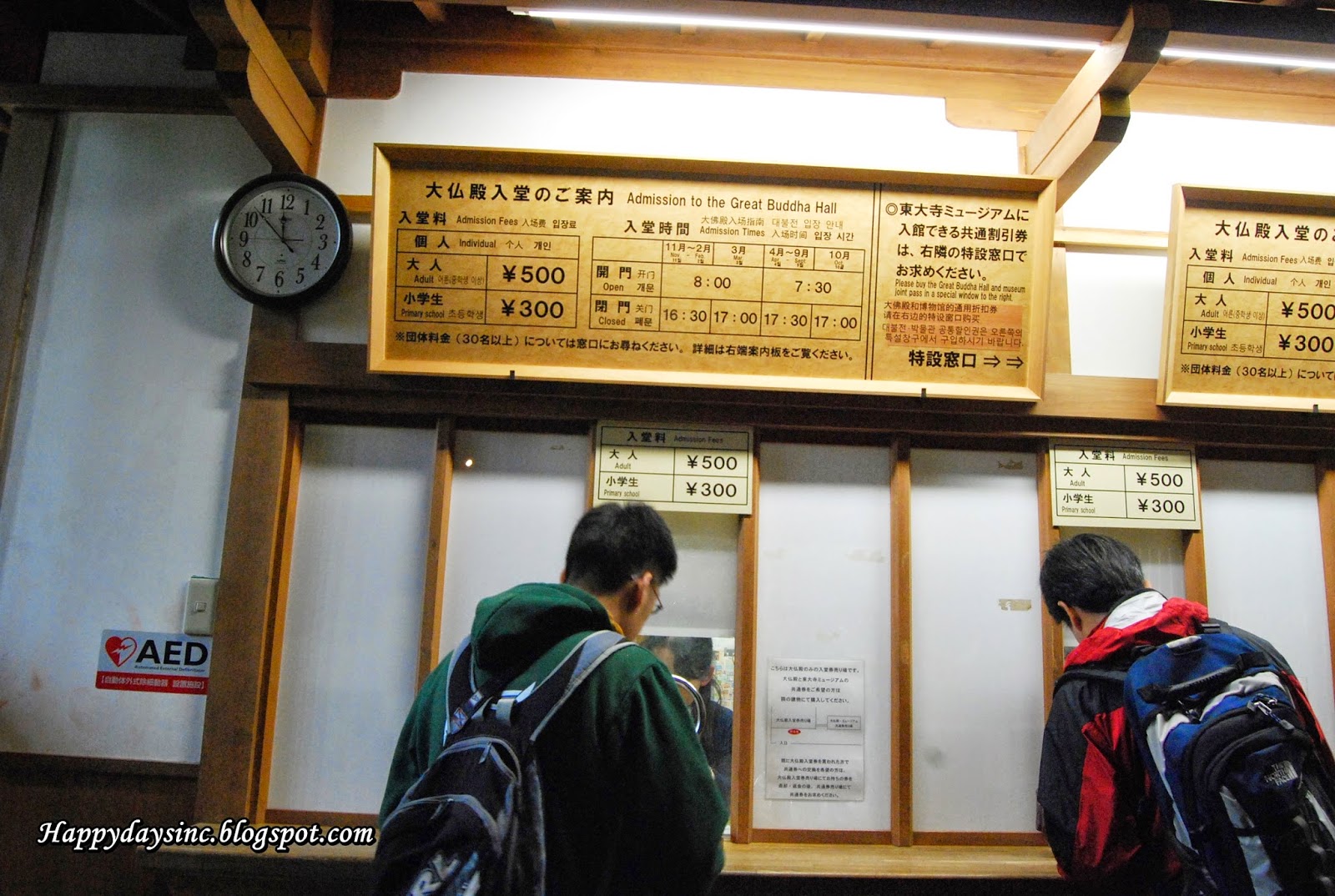 Ironically, I didn't visit the temple on my previous trip due to the massive tourist crowds but this time, decided to go in with Cousin who wanted to see the temple up-close. Sis and Friend opted to wait outside to explore the grounds and play with the deers. (They realized too late that the mobile wifi router was with Cousin as we went in and they were left disconnected and directionless. Muahahahah... I am so evil) 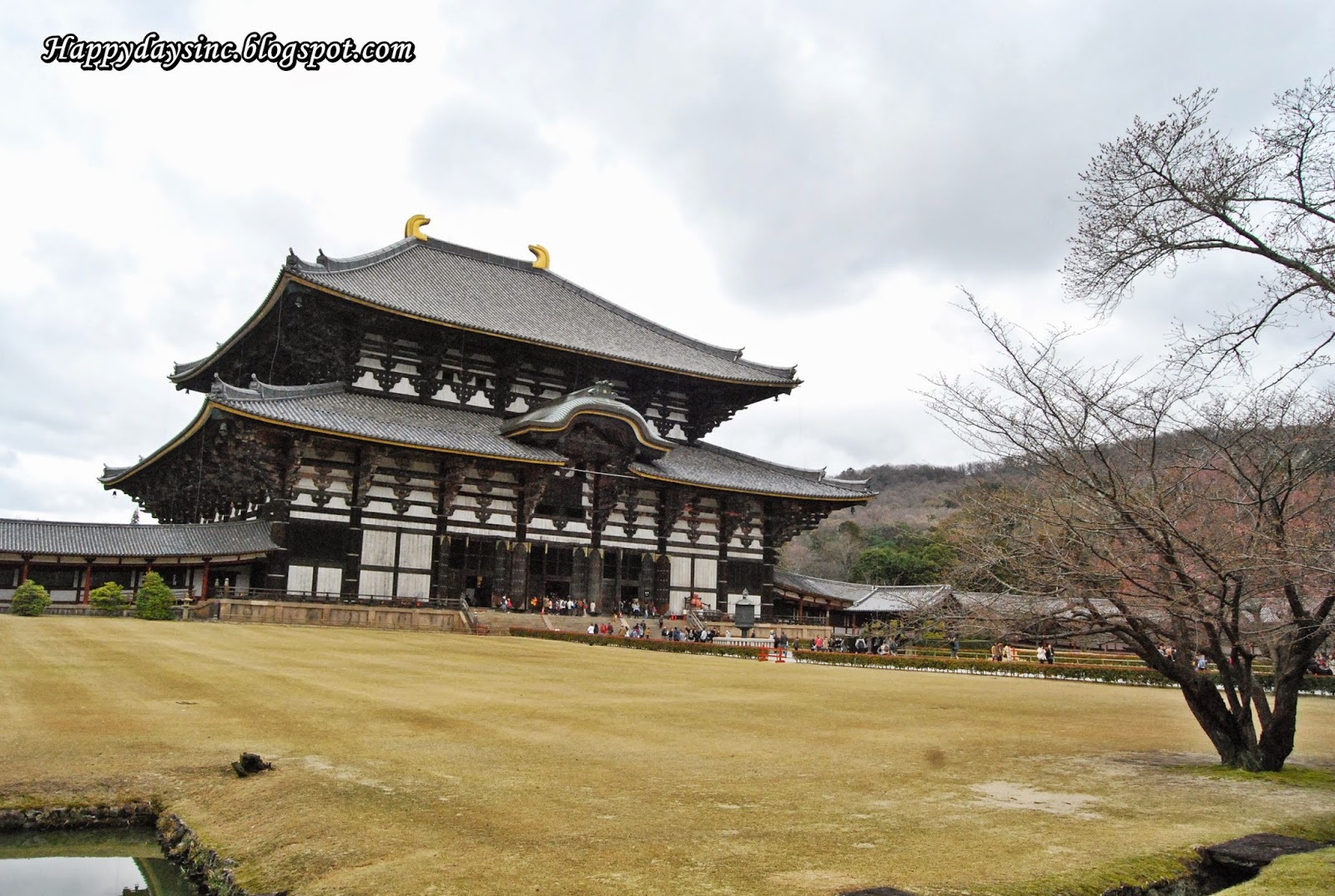 The temple, as we entered the compound, was huge and even more so as we got closer. The giant Buddha statue was the first thing visitors see as they entered the temple and there were many Buddhist practitioners making their prayers and offerings. There were also other stuff inside Todaiji temple worth checking out including the hole in the pillar. 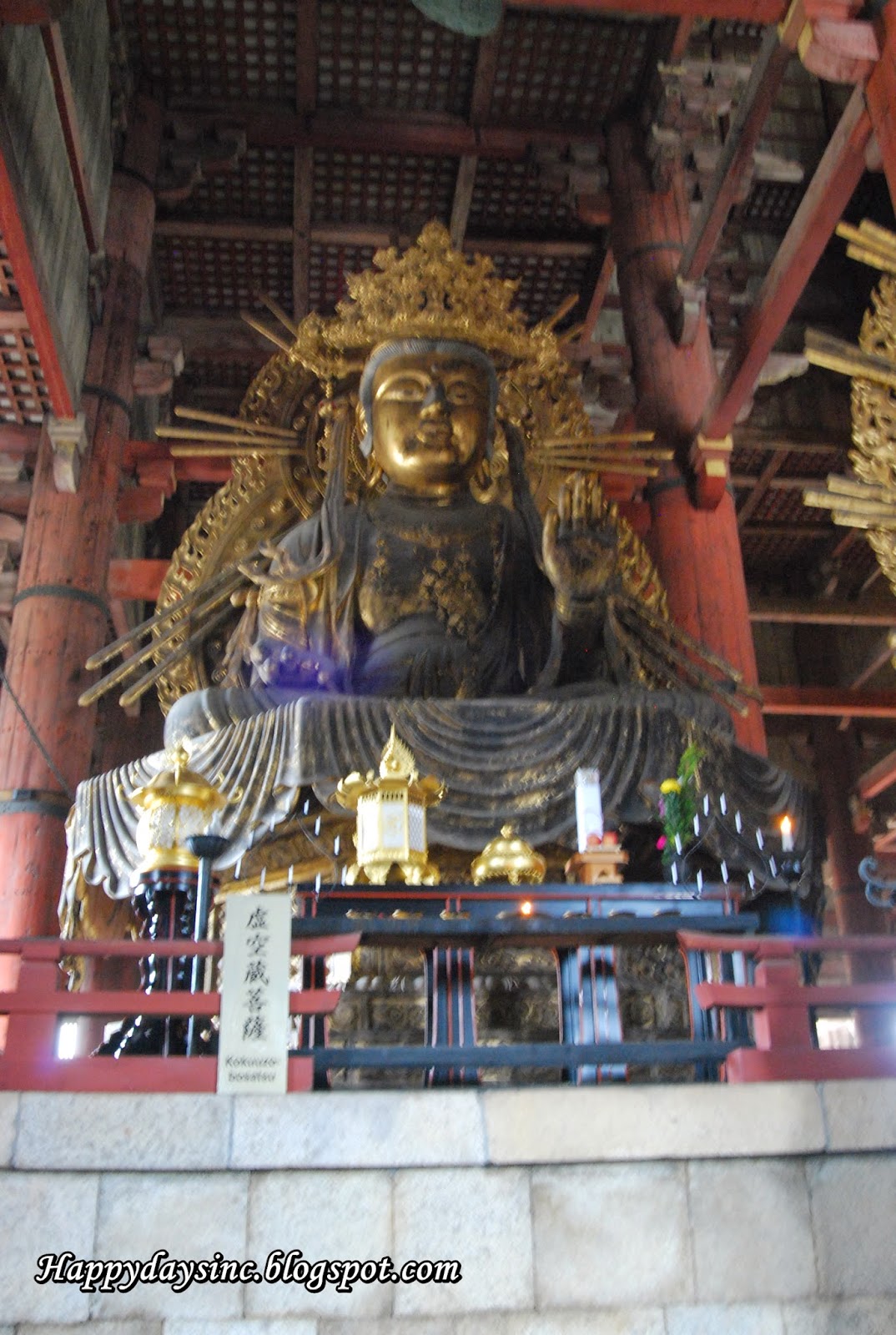 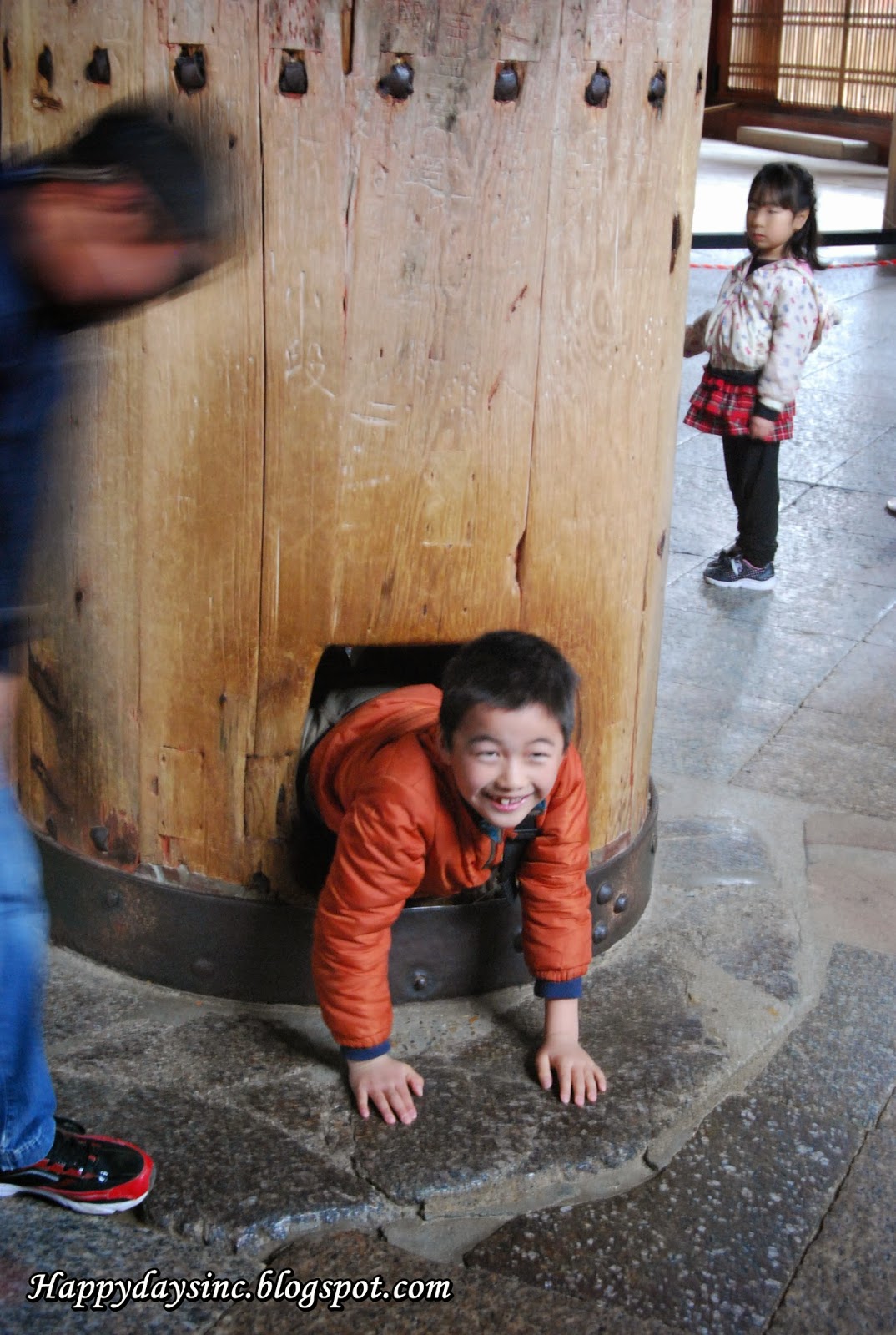 It was said that if you managed to squeeze yourself through the hole, you will be blessed with good luck and enlightenment. The hole was supposedly the size of one nostril of the Great Buddha statue. When I was there, it seemed that only the kids were trying their luck with their hole. It was quite entertaining to watch.

Upon rejoining Sis and Cousin outside, we found a little cafe up the hill from the temple, past the golden pagoda and sat down for lunch. 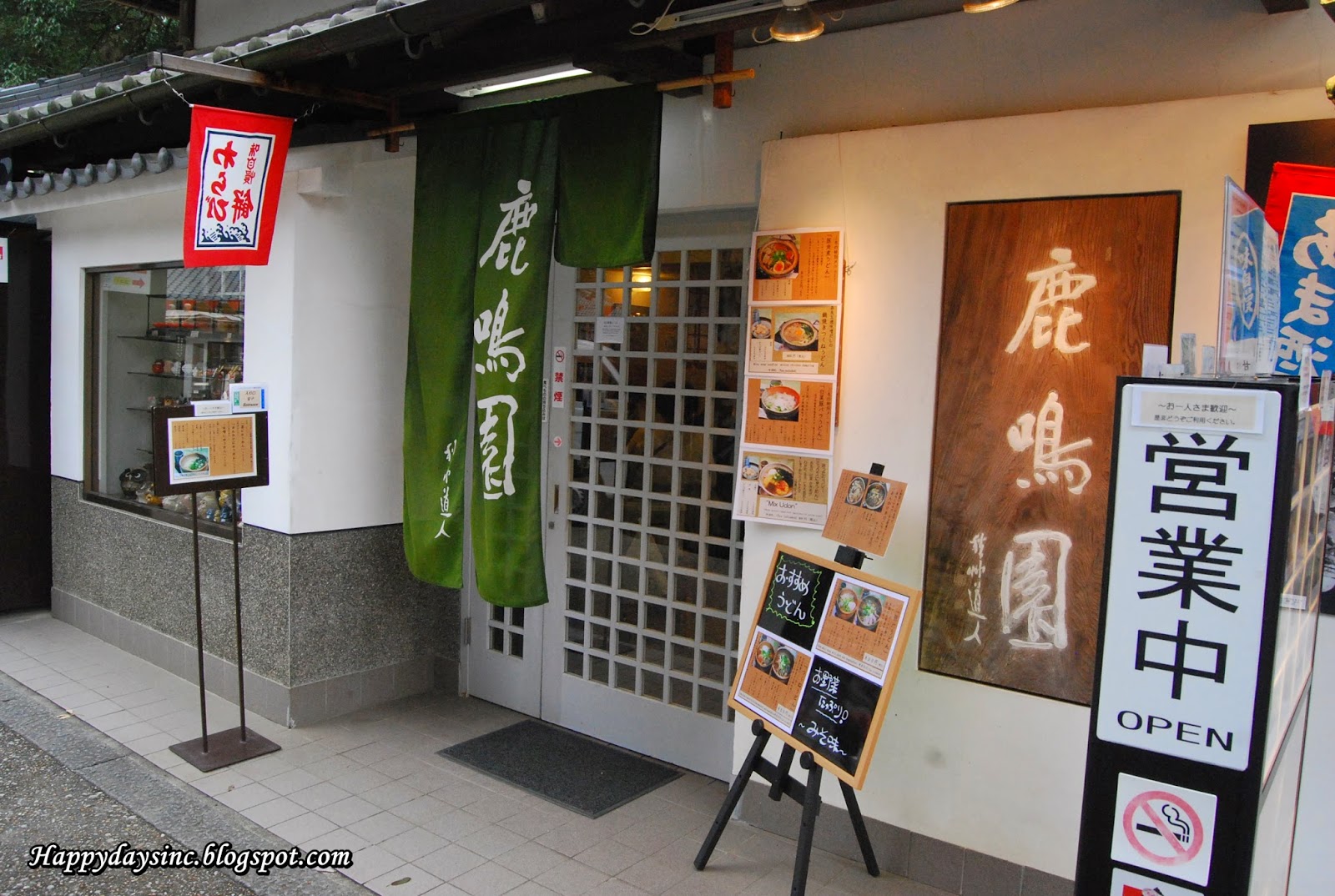 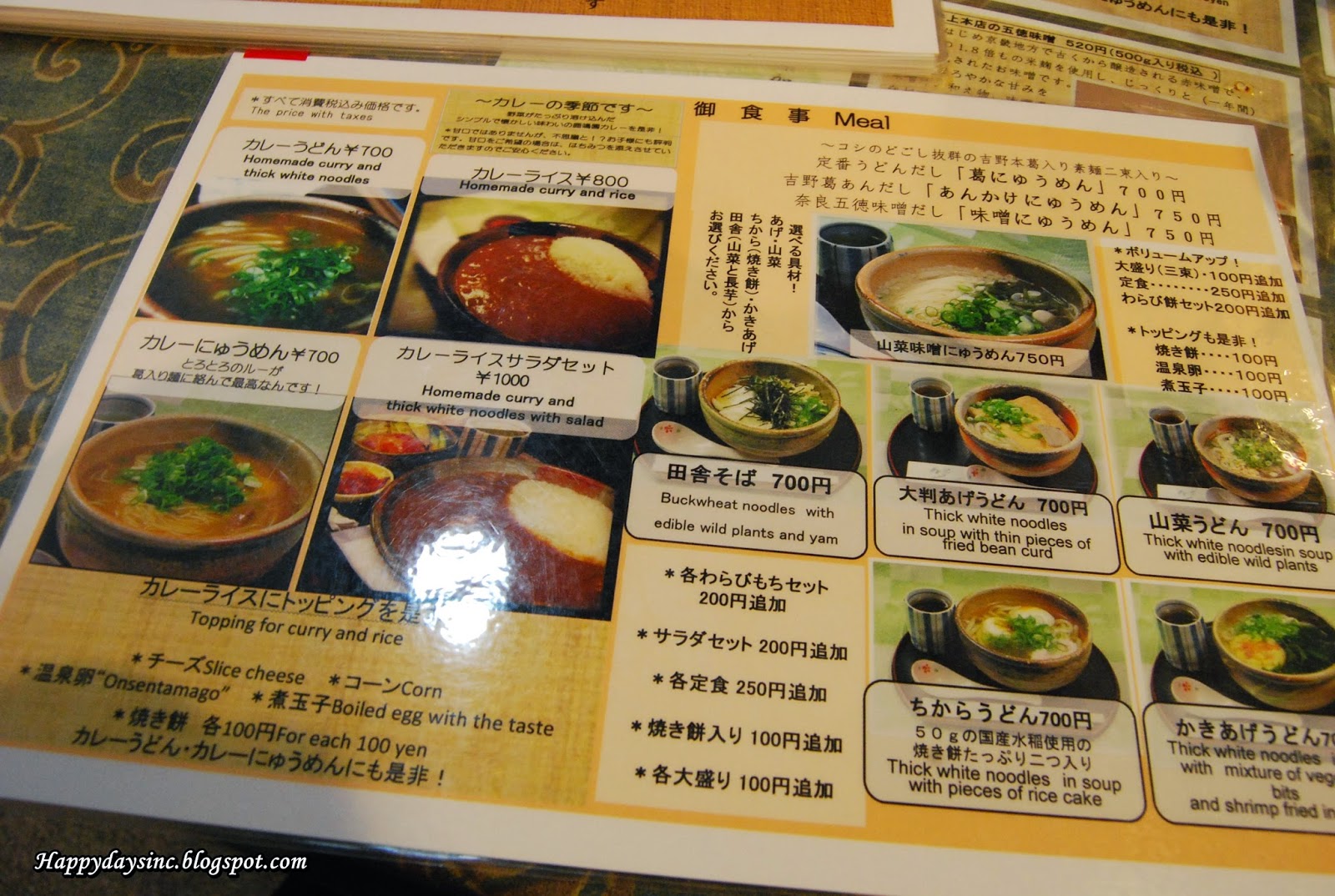 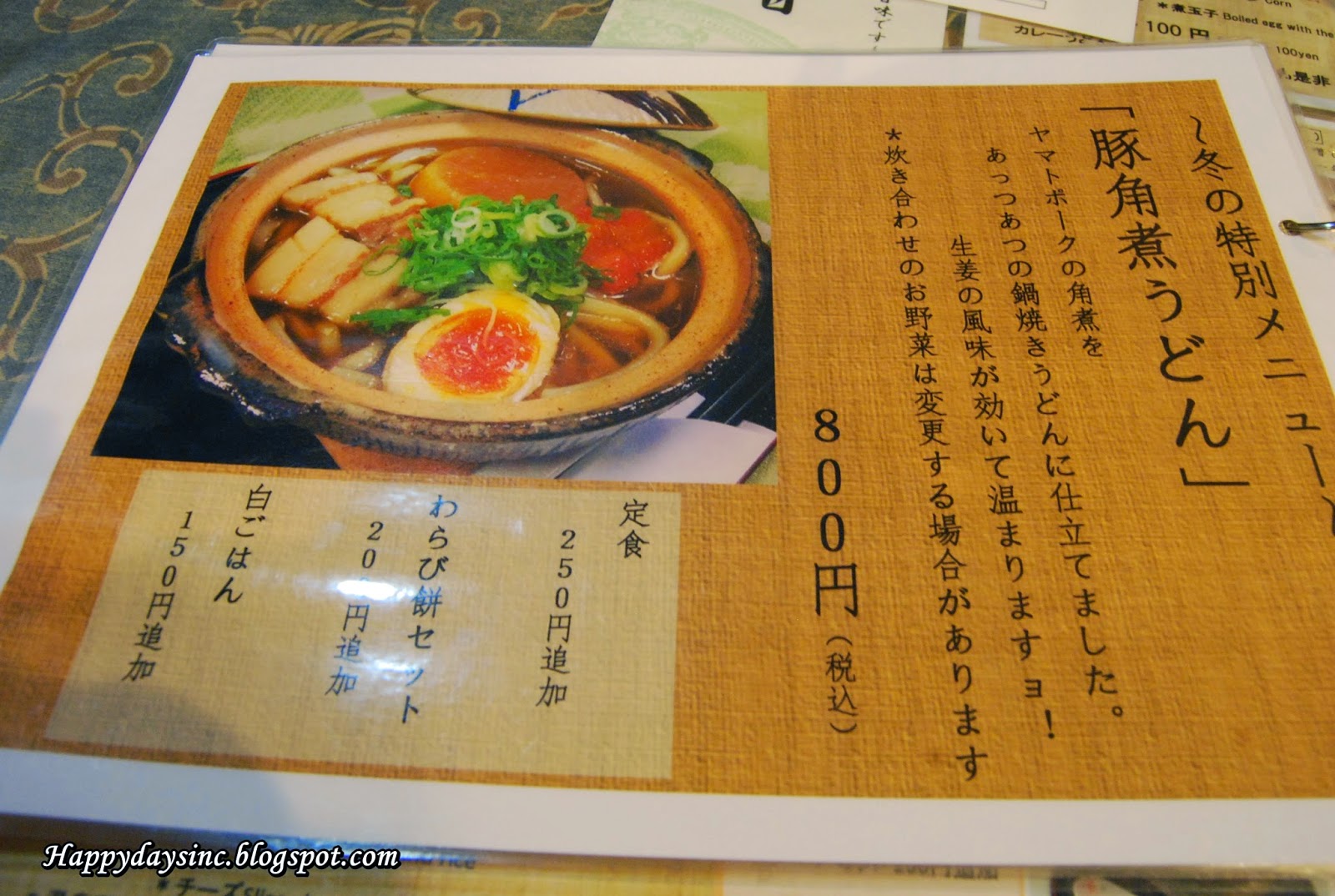 The owner does not speak English but they do have an English menu and we ordered udon noodle and curry rice to share. The portions were generous, delicious, especially in the chilly cloudy weather and for once, resembled the photos in the menu. 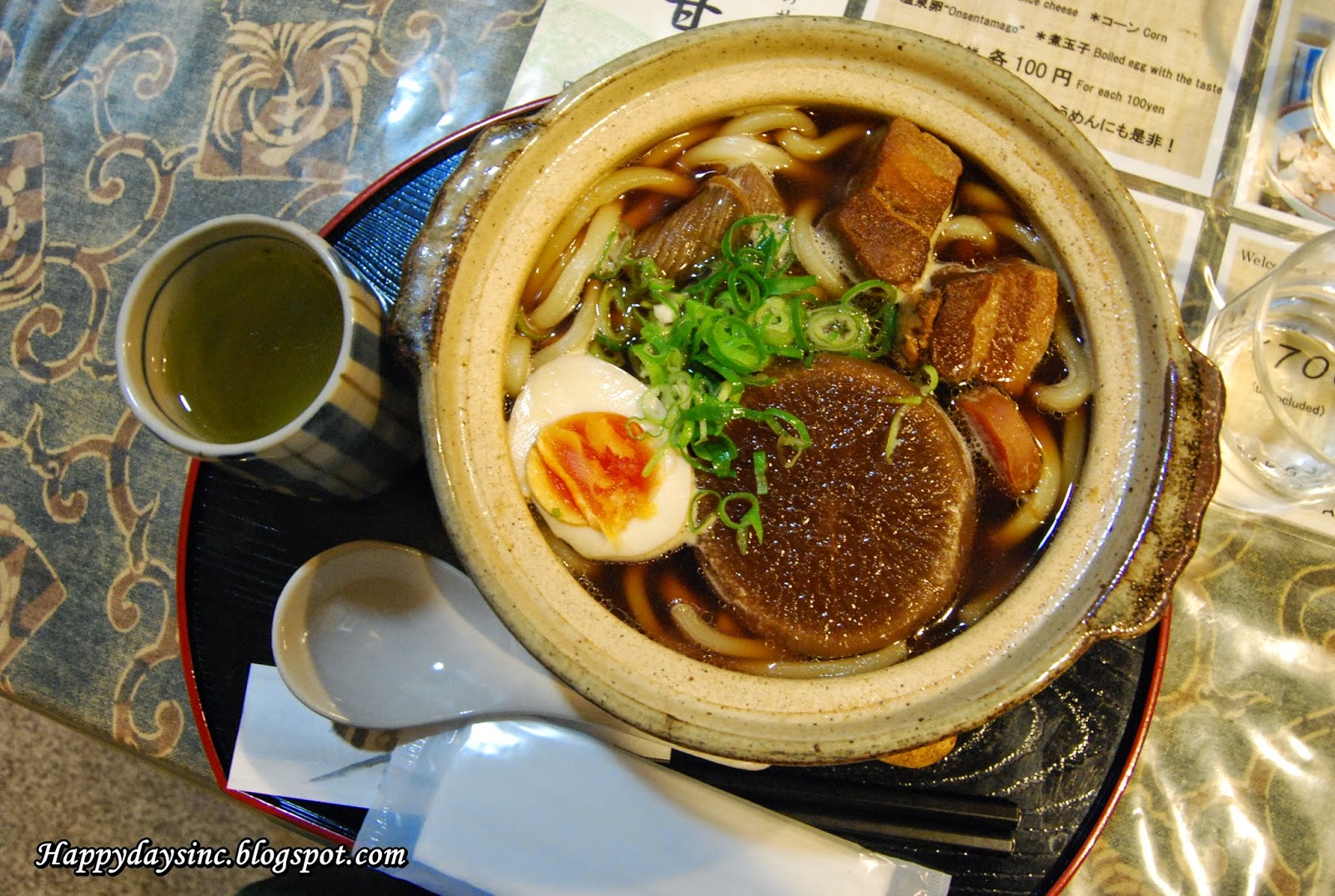 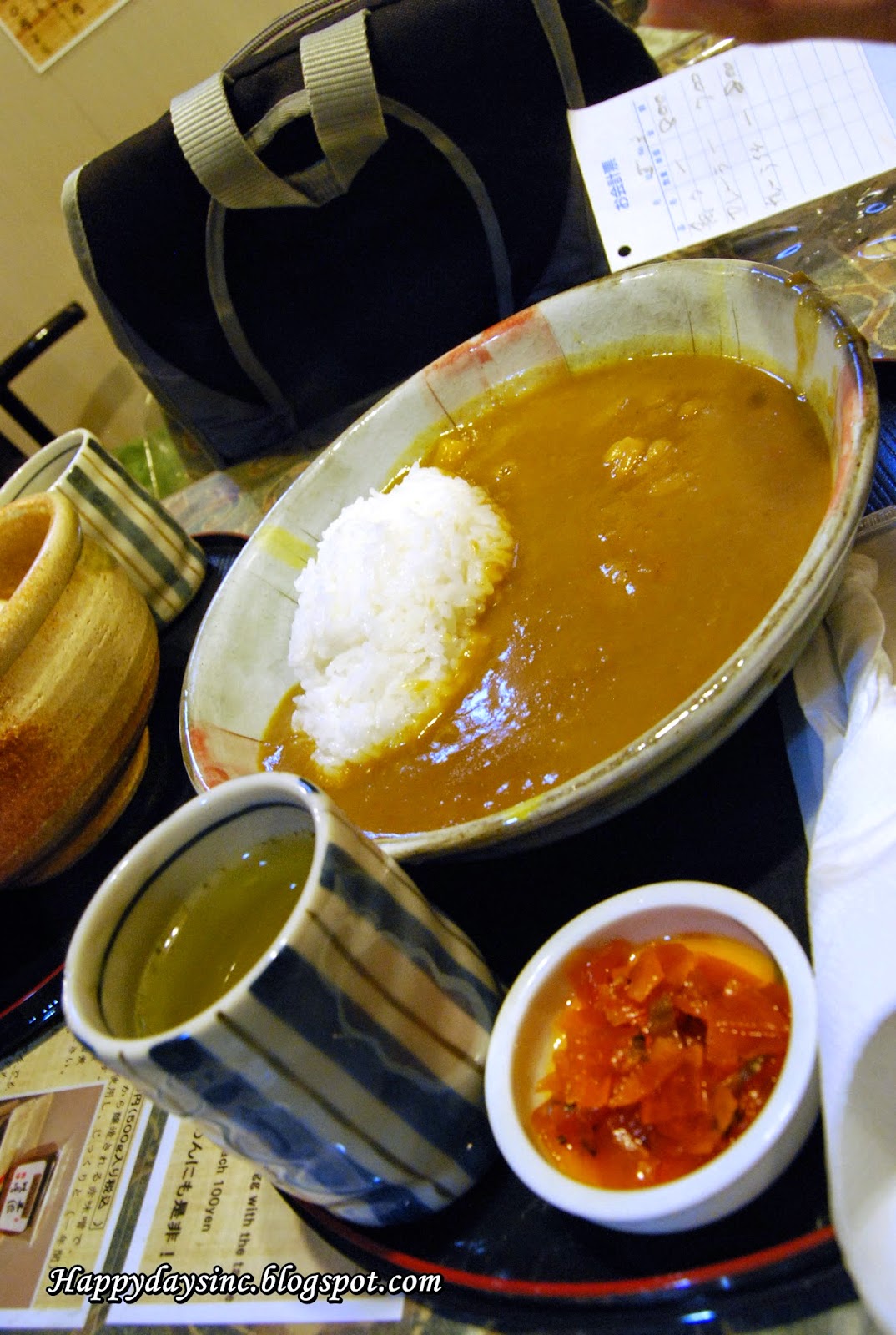 After a nice slow lunch, we headed back to the station to collect our luggage and boarded the Kintetsu train to Osaka. The entire ride took less than an hour as we were on the semi-express train with a few stops along the way. As soon as we reached to Osaka Namba station, we headed, with our luggages in tow, to our accommodation, Namba Guesthouse which was a five minutes walk from the station and a stone's throw away from Den Den Town. 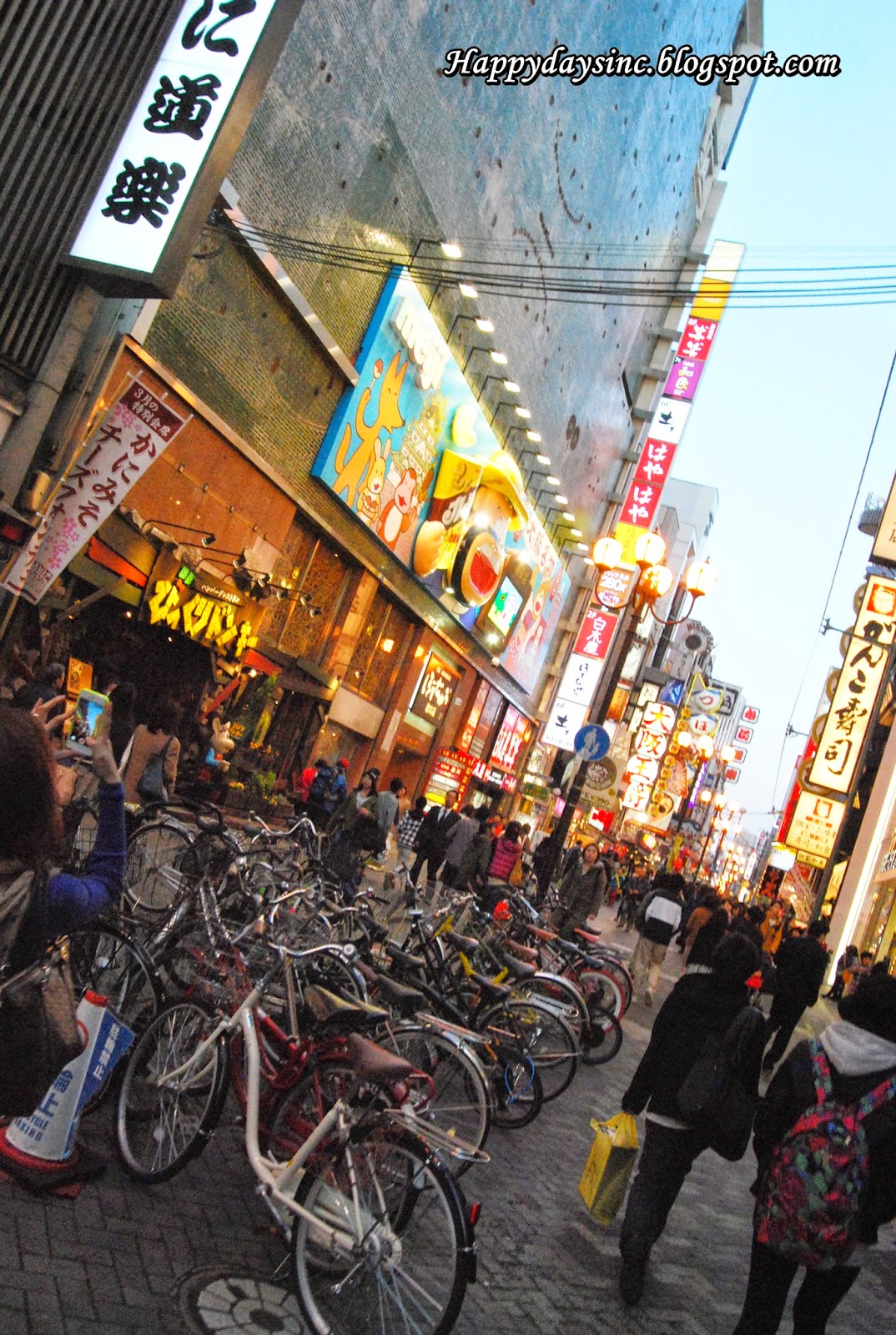 We rested for a couple of hours (while playing with the resident cat, Hanamizu) before heading out to to wander the night life of Osaka. We walked around for a bit, explored the 10-storey sports department store, Sportaka before heading to Kamukura: Soup with Noodles in Dotonbori for some fast, reasonable and good ramen. I blogged about it on my previous trip and I was happy to find that the quality, quantity and price remains unchanged. 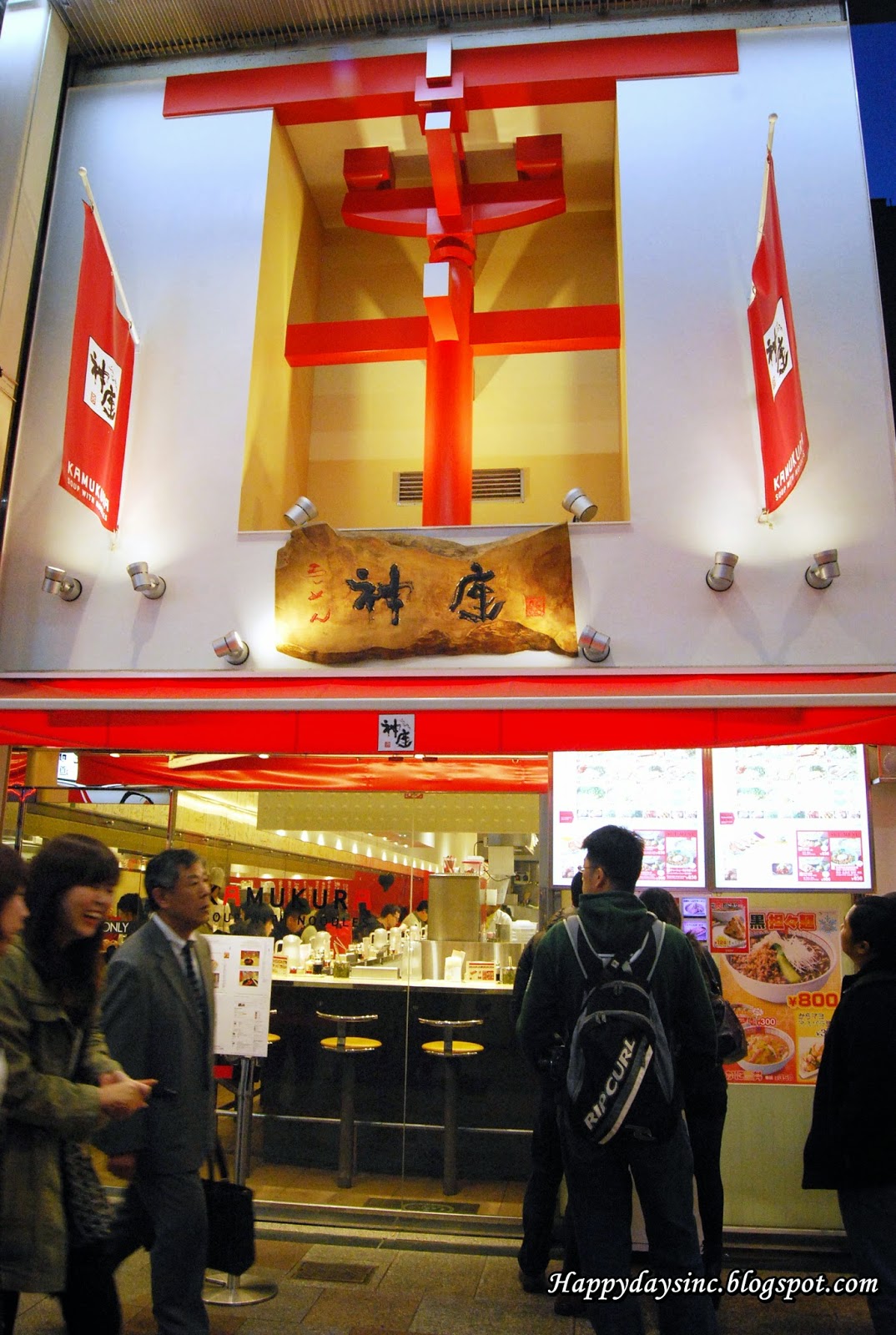 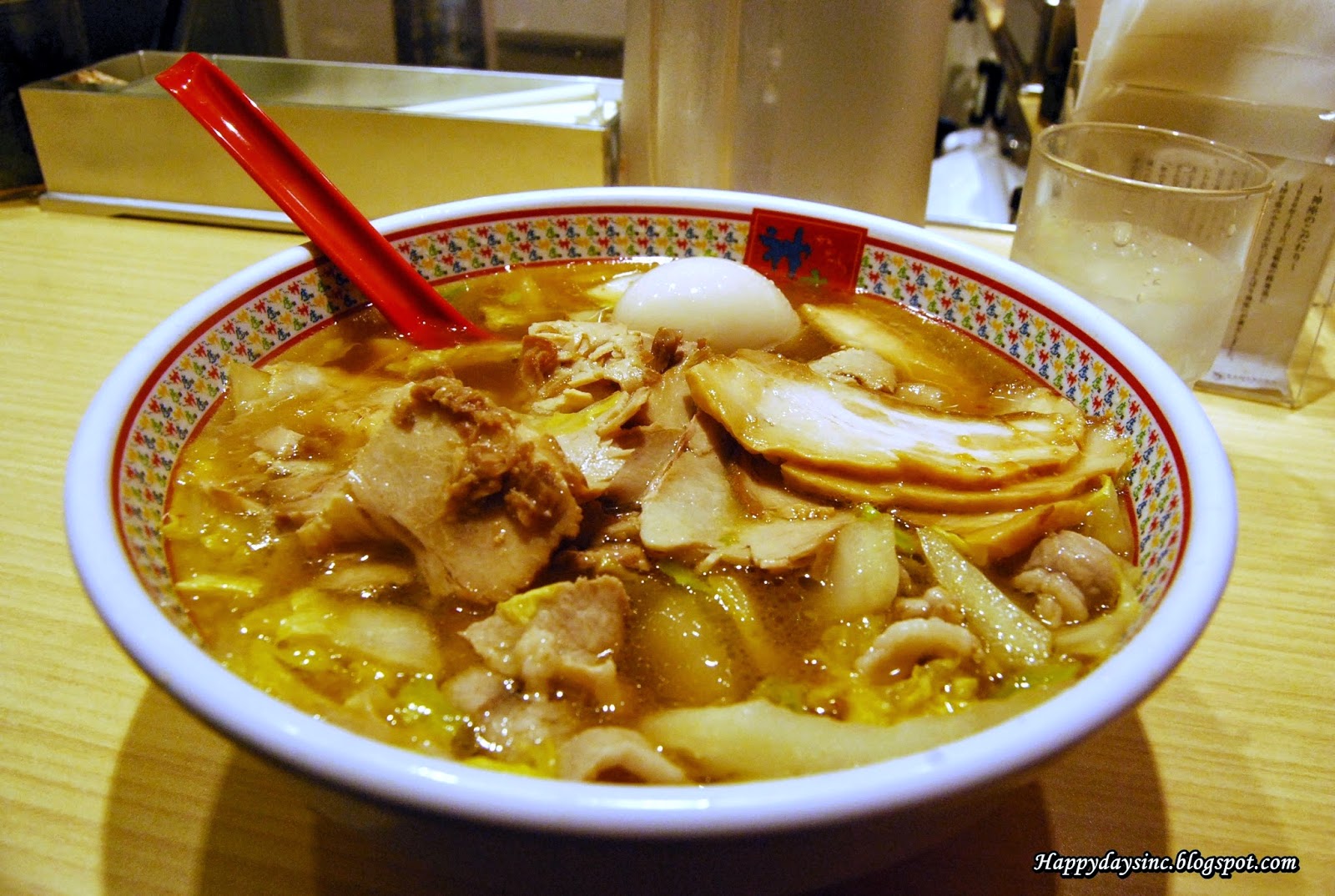 Dotonbori's Tsutaya underneath a super busy Starbucks was where I lost Cousin amongst the rows of mangas, videos and merchandise. For any anime otaku/fan, this place was awesome enough to fulfill your childhood dreams. 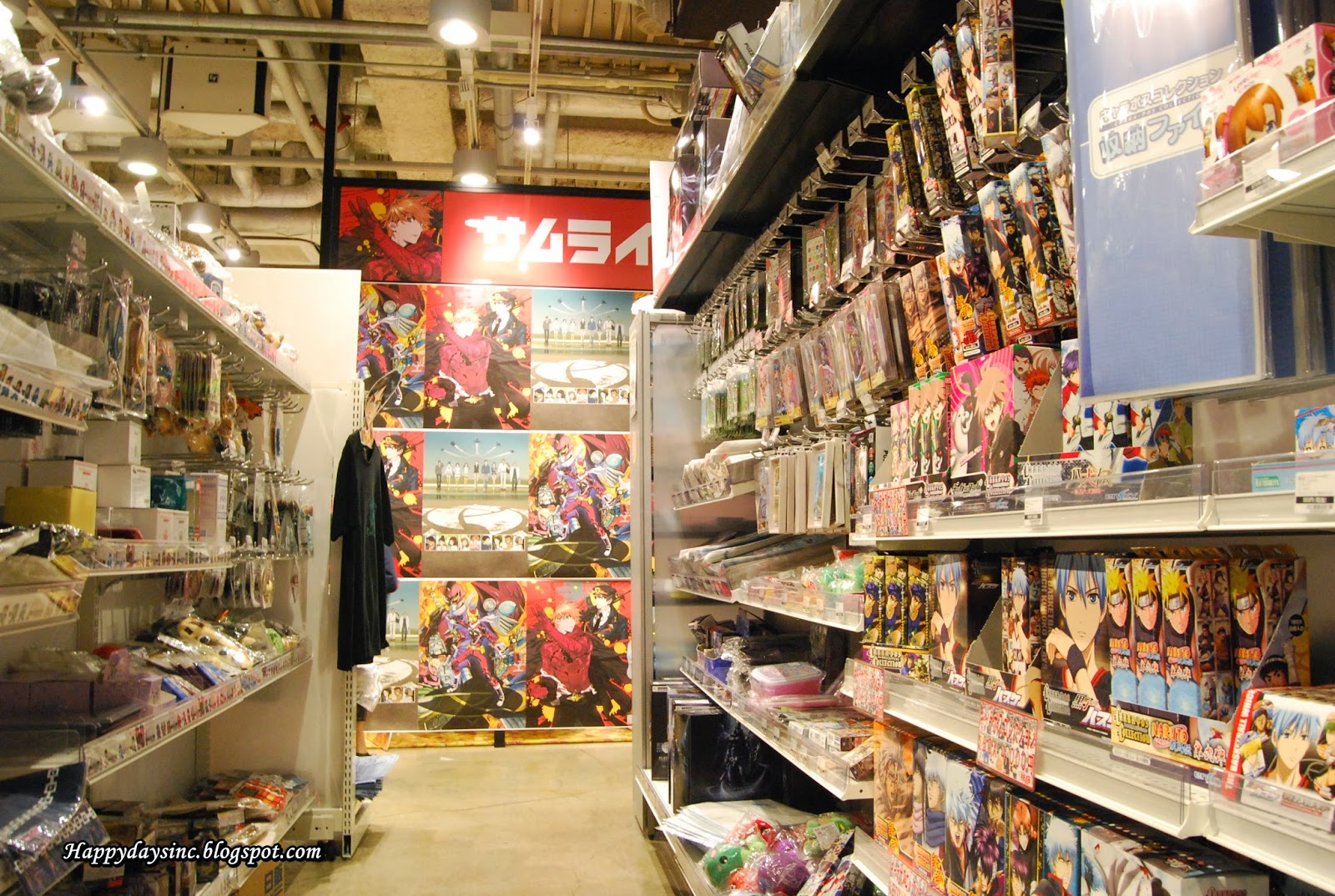 We wandered past the famous Glico running man, headed into Shinsaibashi before the crowd drove us into Kaldi Coffee Barn where we were treated to a wide assortment of coffee types. From there, we explored Amerika-mura village  across the main road although that area was quiet as everything was closed. I did get a chance to show my group the Osaka's cat cafe, Neko No Jikan. We didn't go in though as it was near closing time for them. 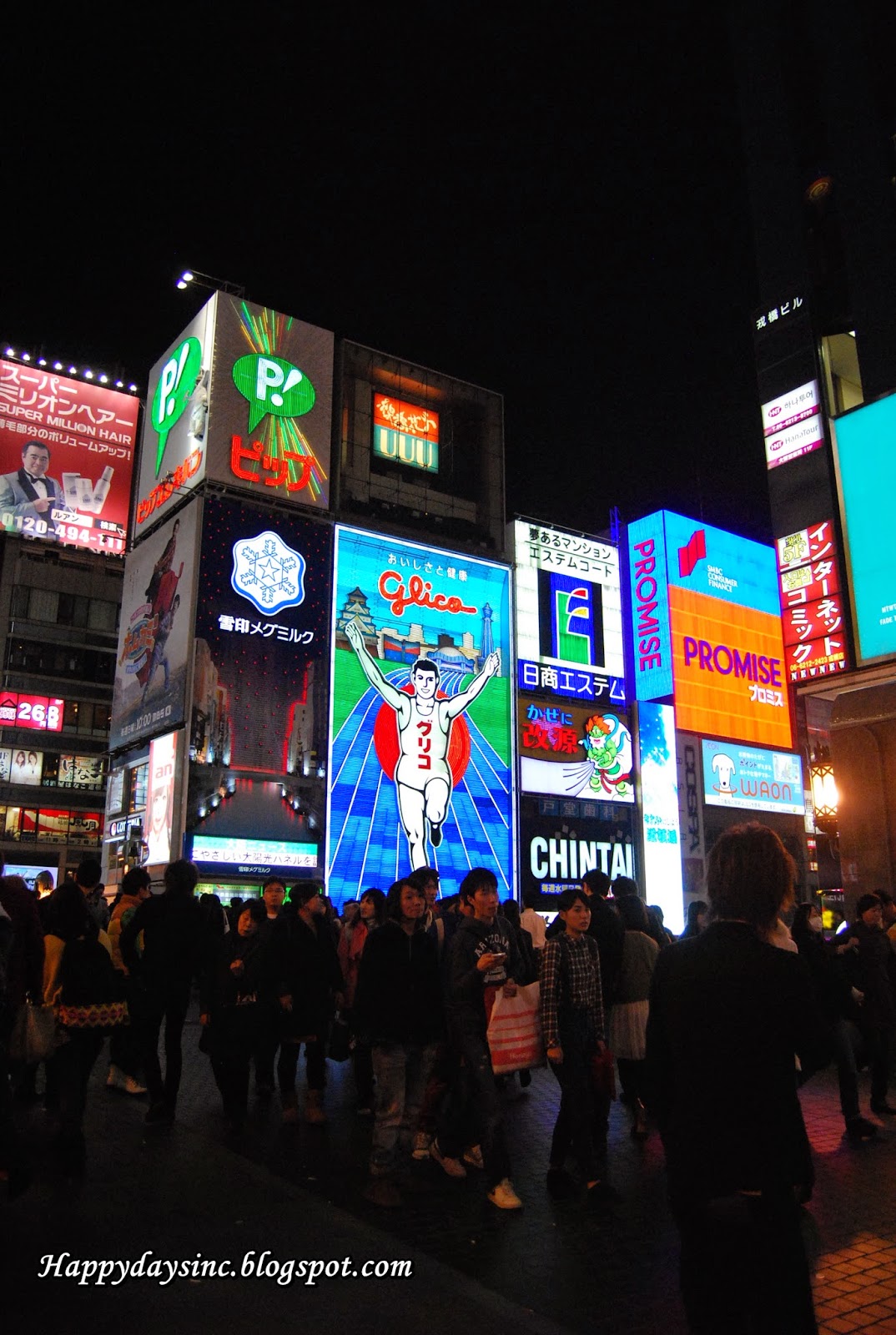 After an hour of just walking around and souvenir/food shopping, we retreated back to Osaka Guesthouse for a good night's rest because the following day, we were going to explore Osaka city.