Our 7th day in Osaka was a busy one with us on our feet from morning to night and hitting some of the main attractions of the city such as the Cruise Ship Santa Maria, the Pokemon Center in Umeda, the Museum of History, Osaka Castle and Nishinomaru Garden for the cherry blossom viewing at night. 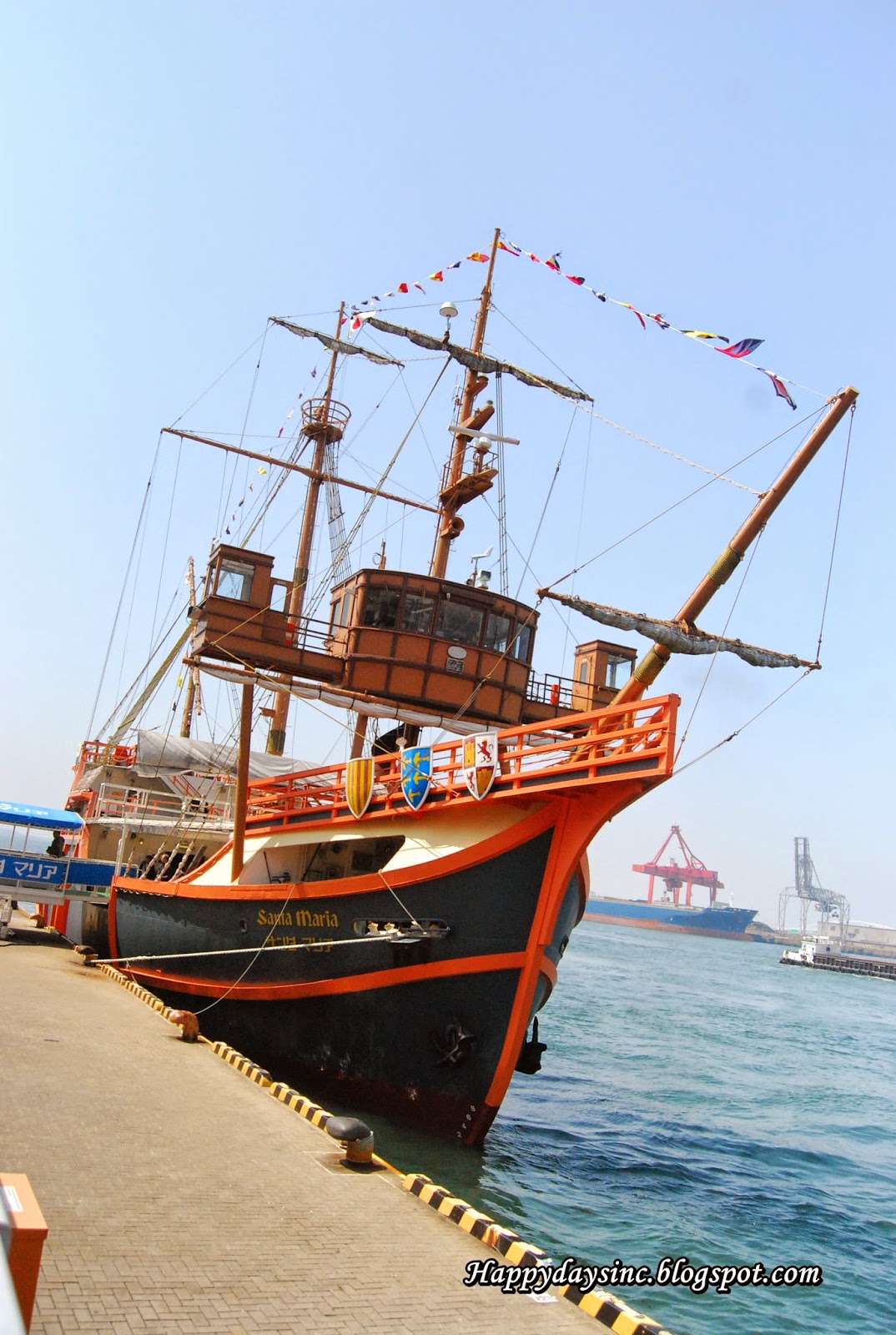 Because we had the Osaka Unlimited Pass (now known as the Osaka Amazing Pass), we had unlimited rides on the public transportation and had complimentary accesses to the most of these attractions we visited, saving some money in the process. 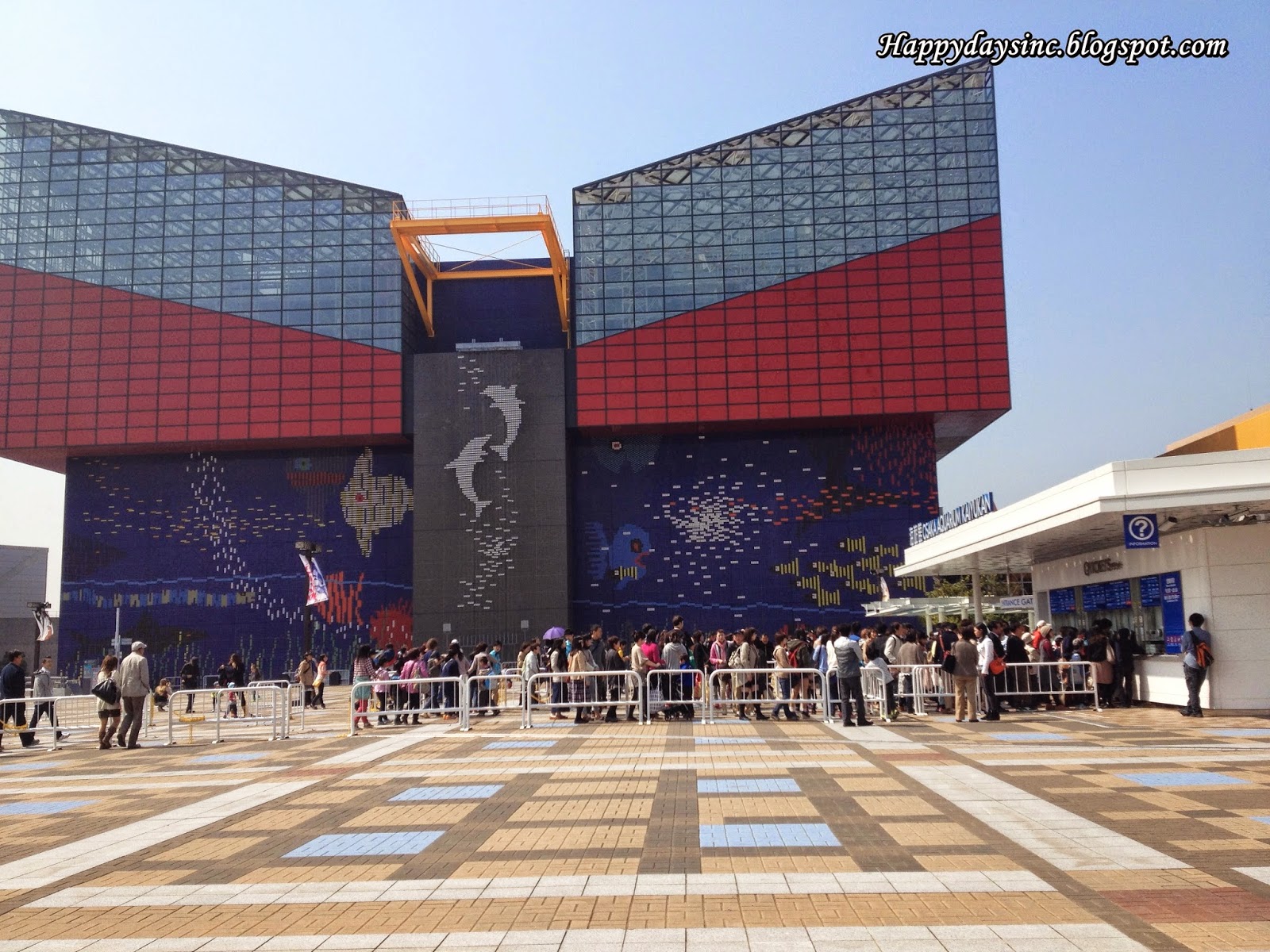 To beat the crowd, we were out by 10am, rode the subway for 45 minutes to the Tempozan Harbour Village which was where the Santa Maria ship was docked and also where the famous Osaka Aquarium (Kaiyakun) was right next to the cruise ship. We gave the aquarium a miss because it wasn't covered by our Unlimited Pass and also because it was packed with school kids as it was the school holidays then. 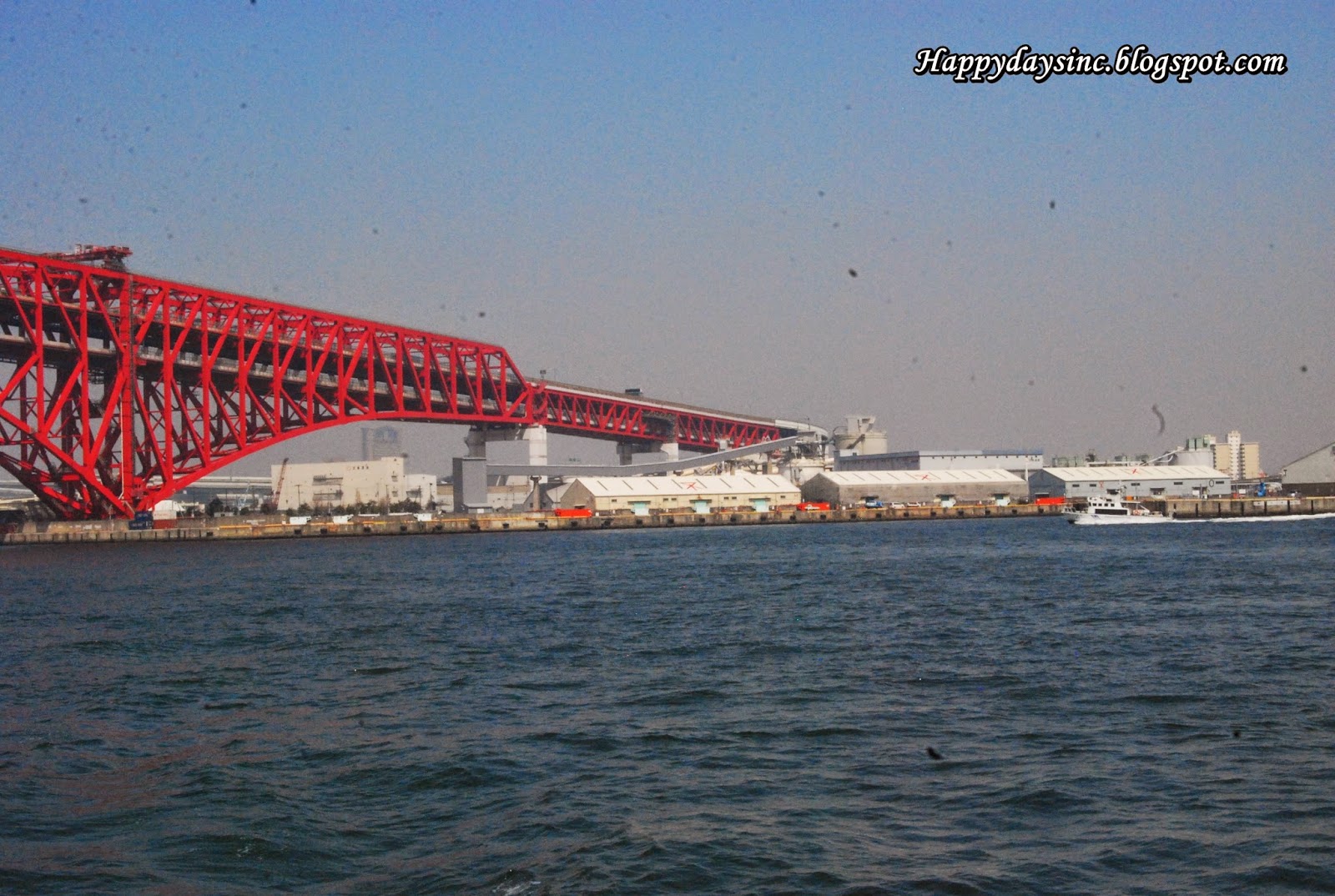 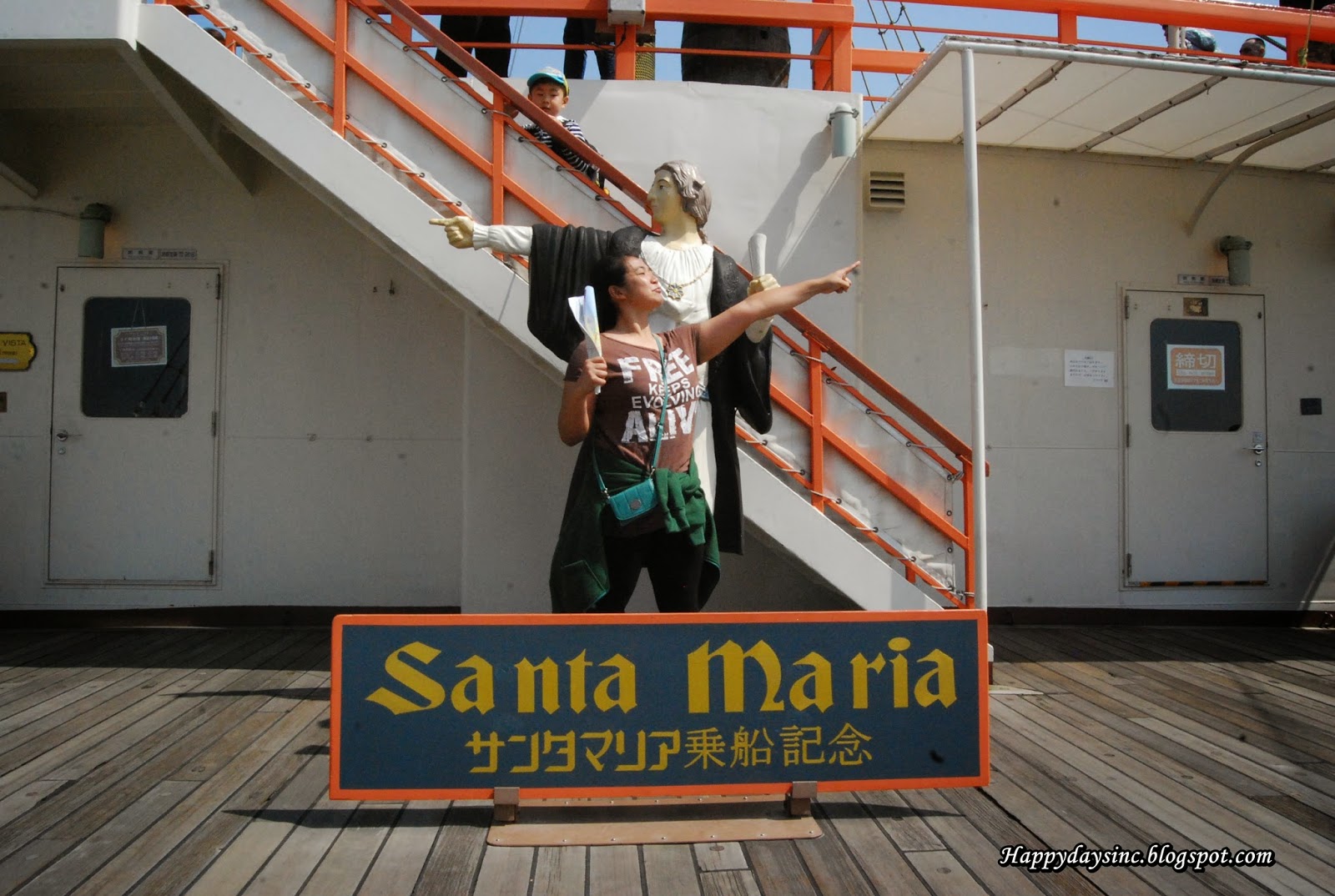 The first cruise on the Santa Maria left at 11am and even before it left the dock, we already had our cameras out and running all over the ship. It was a rather uneventful cruise with the ship sailing up and down the harbour, passing several highway bridges including the iconic red Osaka Bay Bridge. Towards the last 15 minutes of the trip, we had retreated to the warmth of the onboard cafe and were eating ice-cream. One floor below the cafe was also a museum about the ship and the art of sailing. 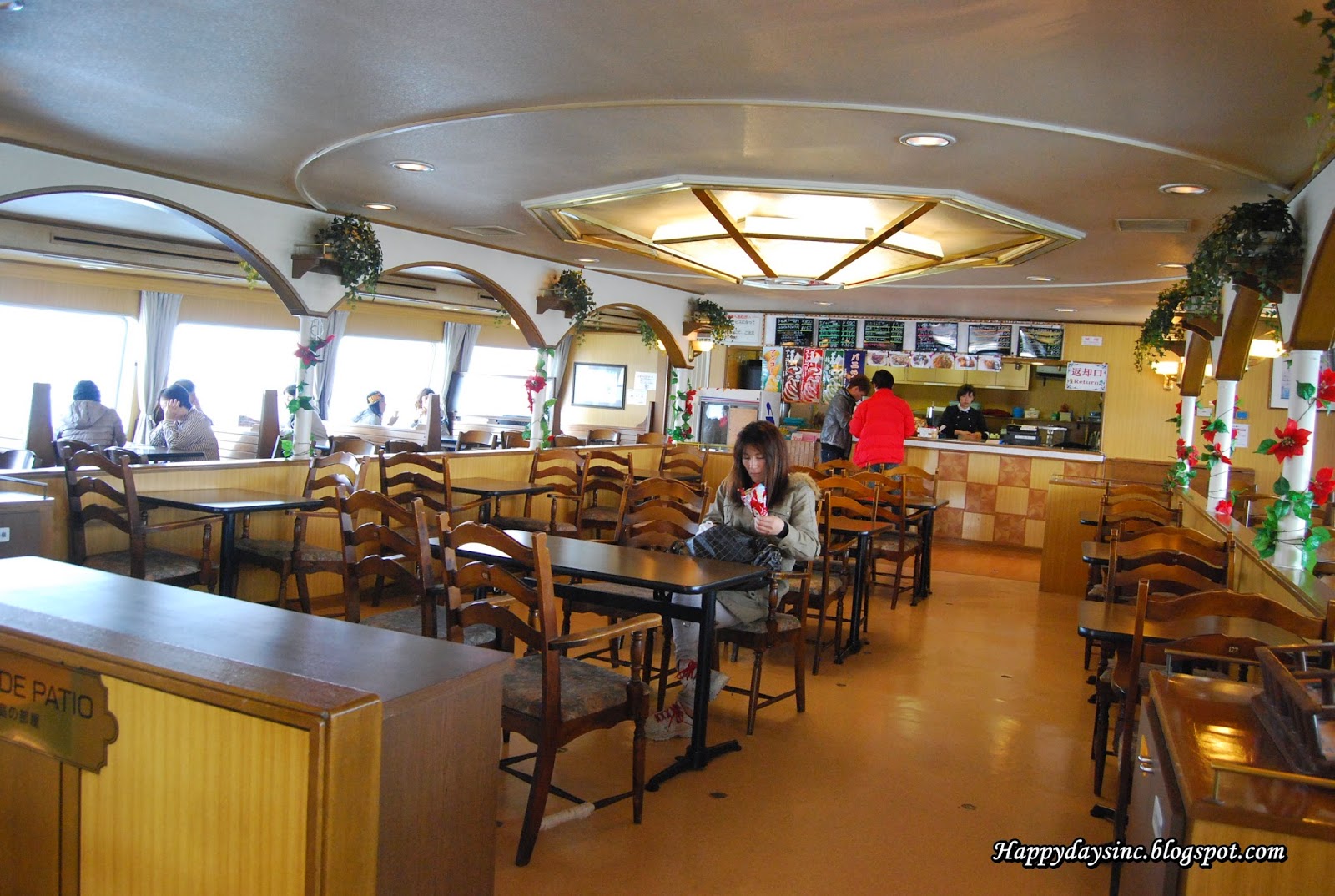 Our initial plan was to ride the Tempozan Ferris Wheel but unfortunately it was closed for maintenance. Instead, we decided to visit the Pokemon Center in Umeda. The center was located on the 13th floor of the Daimaru department store which was inside the Umeda train station, the most confusing train station in Osaka (at least to me). We went in one huge circle looking for the entrance to Daimaru before we found it and took the lift to the 13th floor. 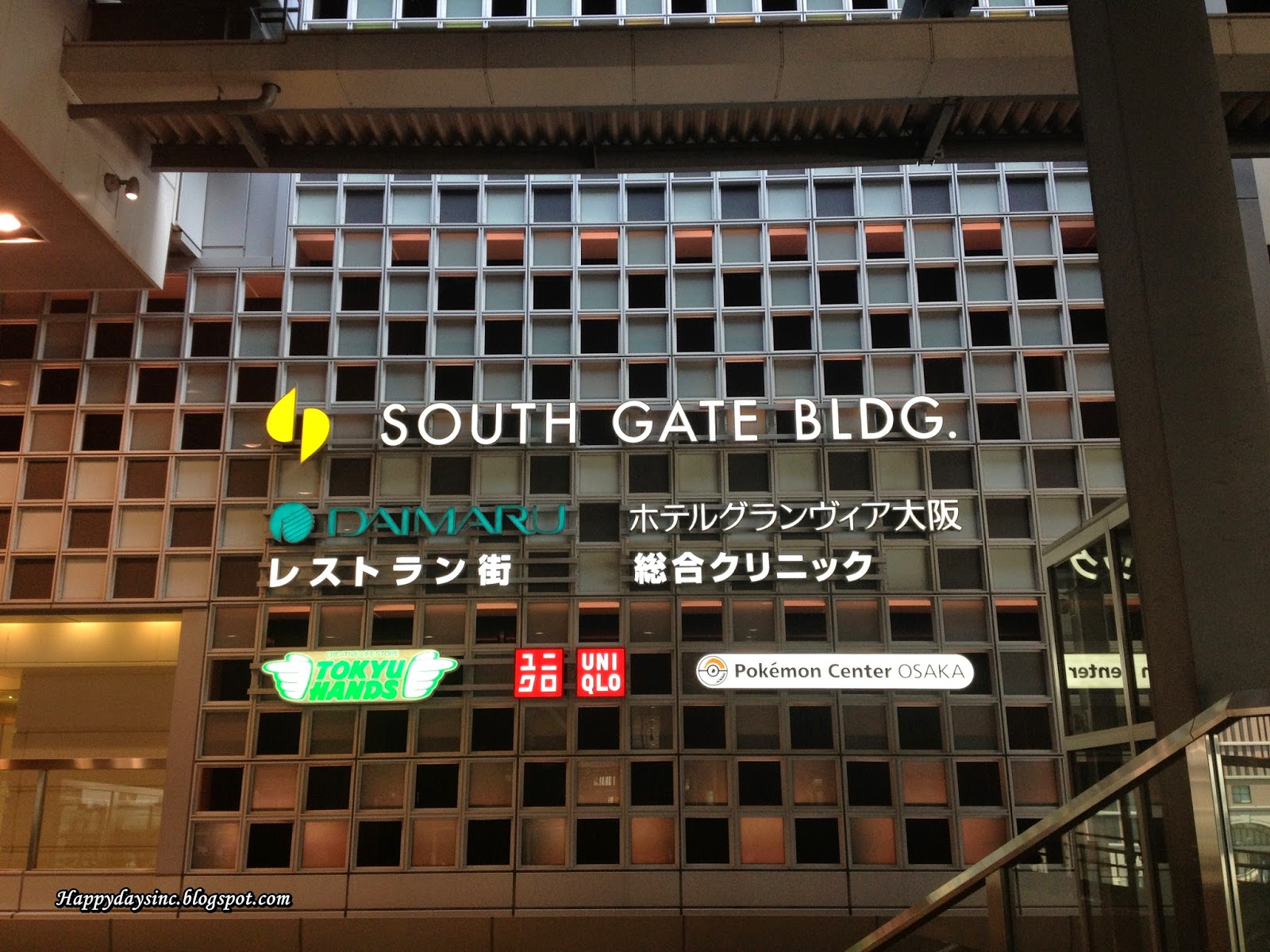 It turned out the Pokemon Center shared the floor with Uniqlo and we were momentarily distracted by the well-loved Japanese clothes brand. Uniqlo jackets and shirts were nearly half the price they are in Malaysia! 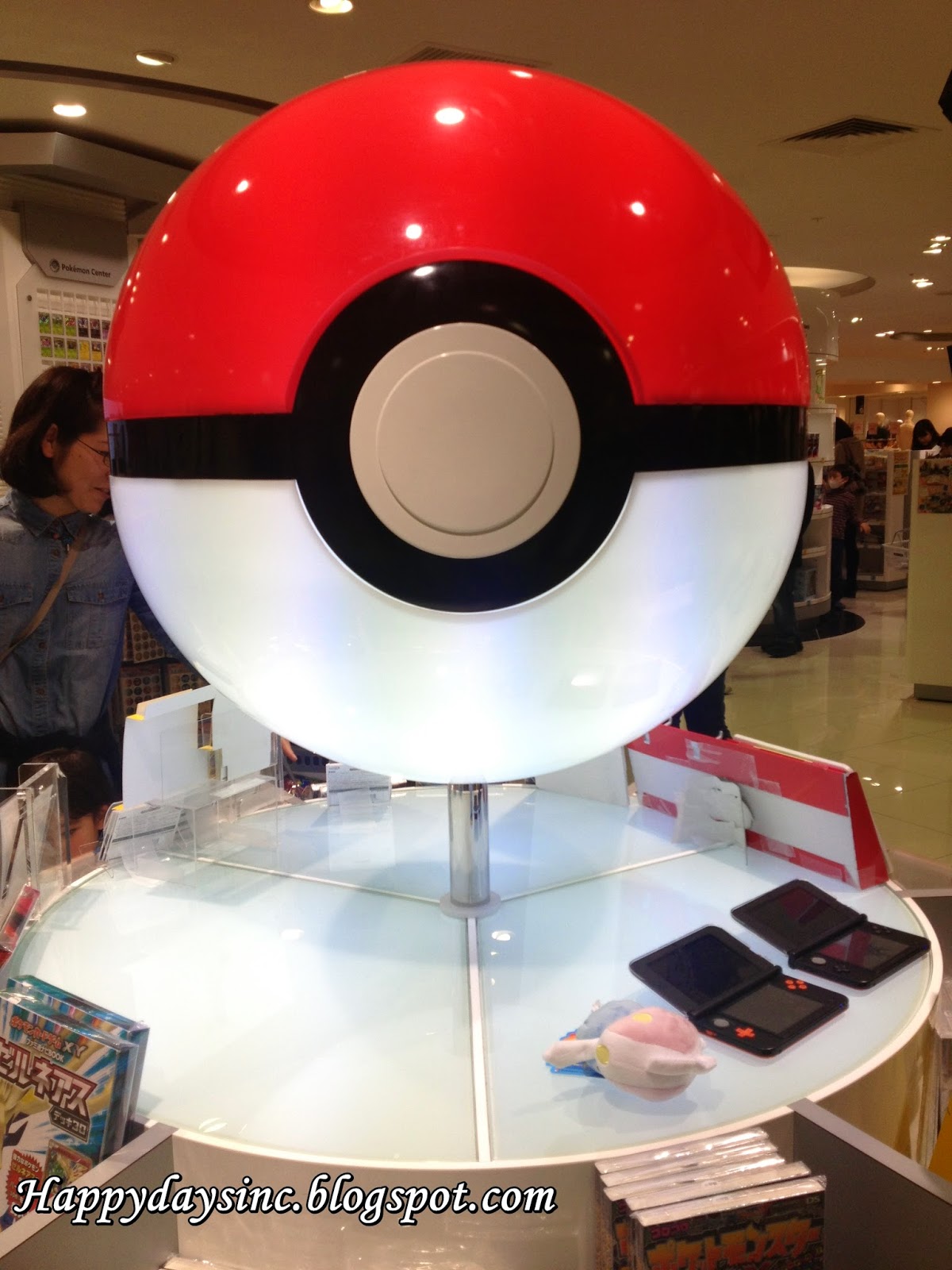 So anyway, the Pokemon Center was more of a toy store dedicated to Pokemon merchandise and had shelves and displays of soft toys, plushies, souvernirs and so on. For the Pokemon fan, it was heaven. I was sorely tempted to buy all three of the 1st Generation starter Pokemons; Charmander, Bulbasaur and Squirtle but settled finally for Charmander. Cousin bought a Pikachu plushie as well. Besides merchandises and toys, there were also arcade games, lucky draws and a special screening for the kids. 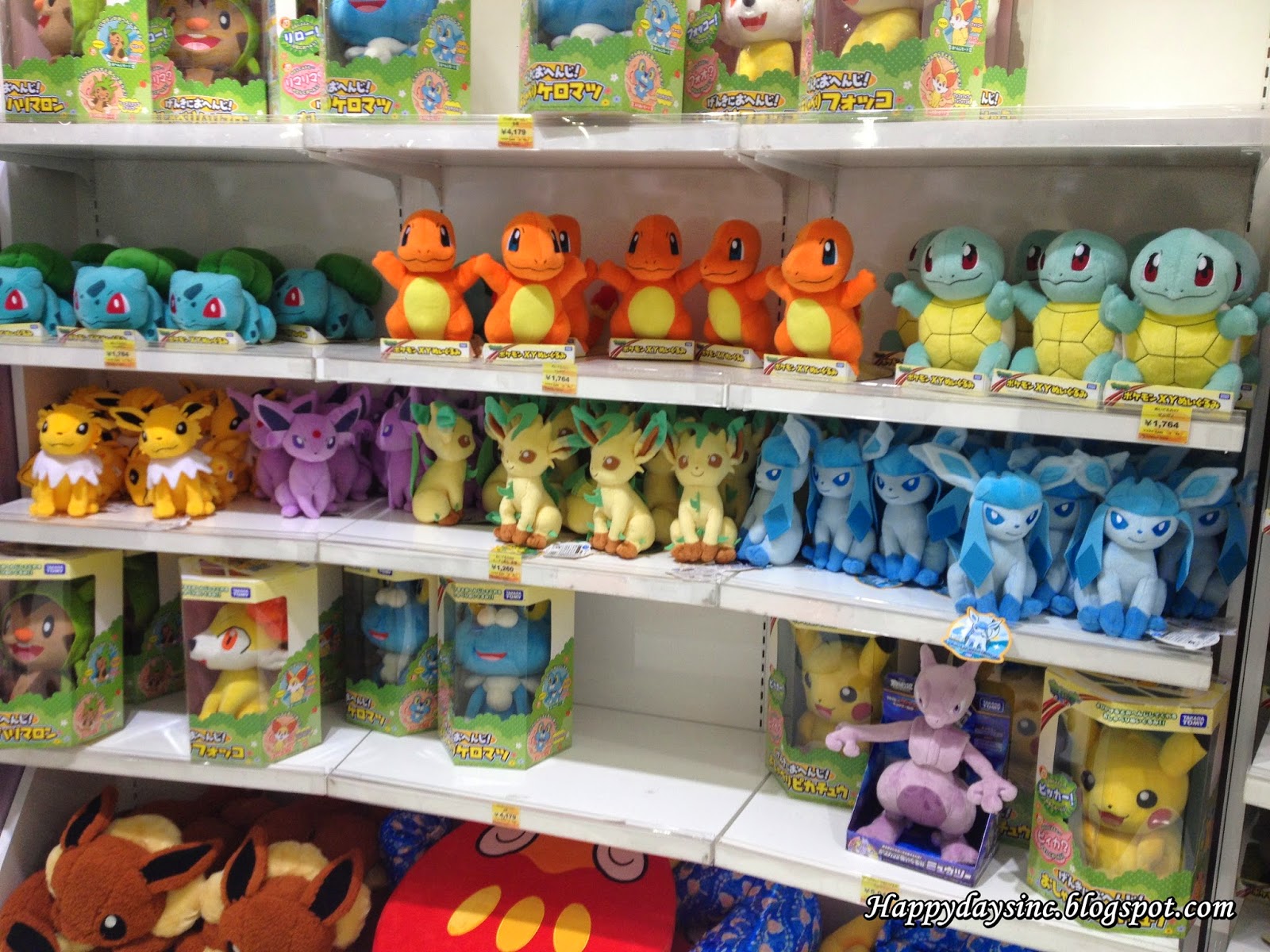 With my new plushie poking out of my backbag, we returned to the lower floors of main station in search of reasonable food and caught a whiff of something delicious. Turned out our nostrils had found us San Marco Curry House that served the yummiest curry and rice with pork cutlet I have ever tasted. We had to wait a while for a seat at the bar for all four of us as it was narrow restaurant but the wait was well worth it. 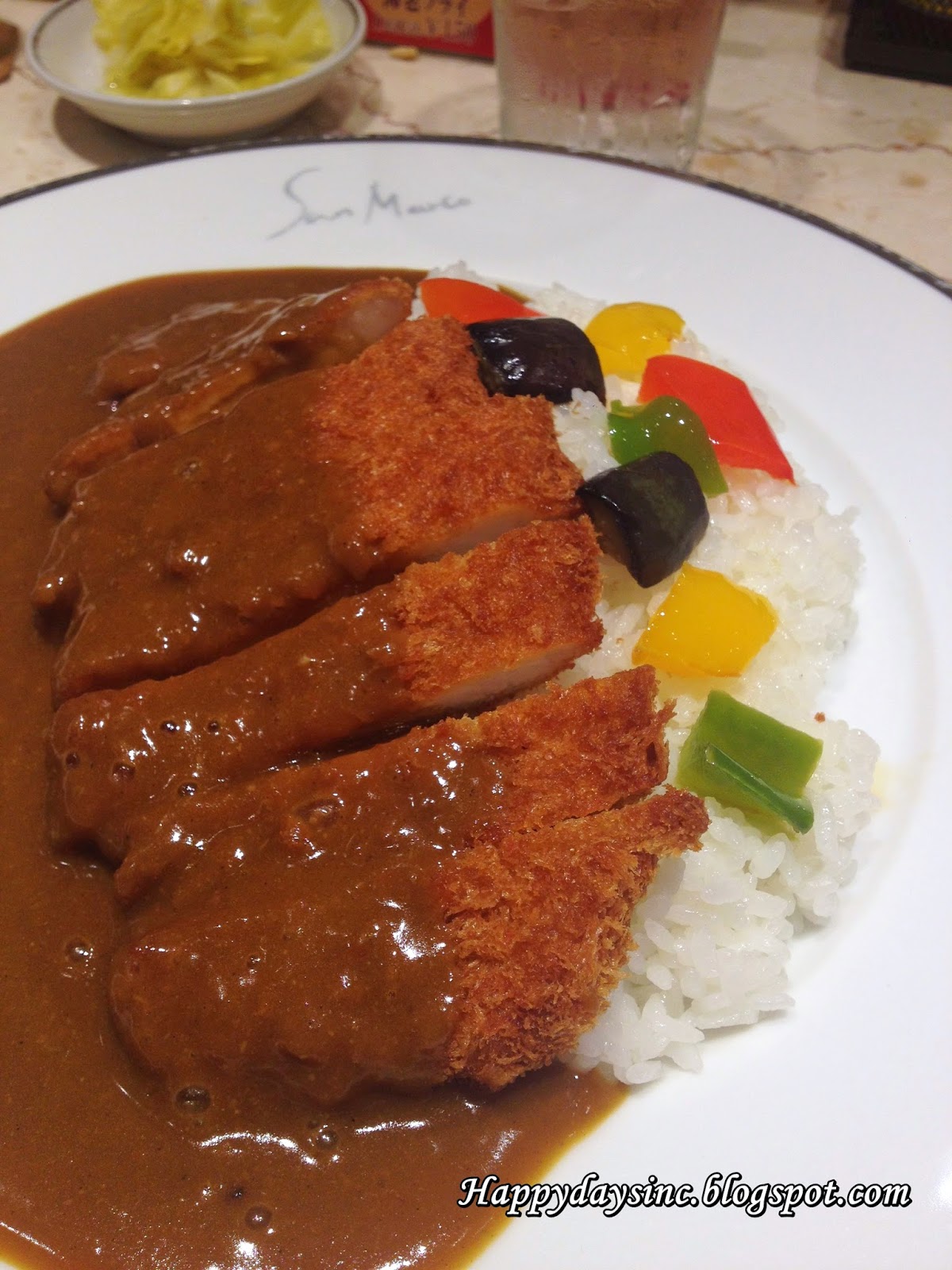 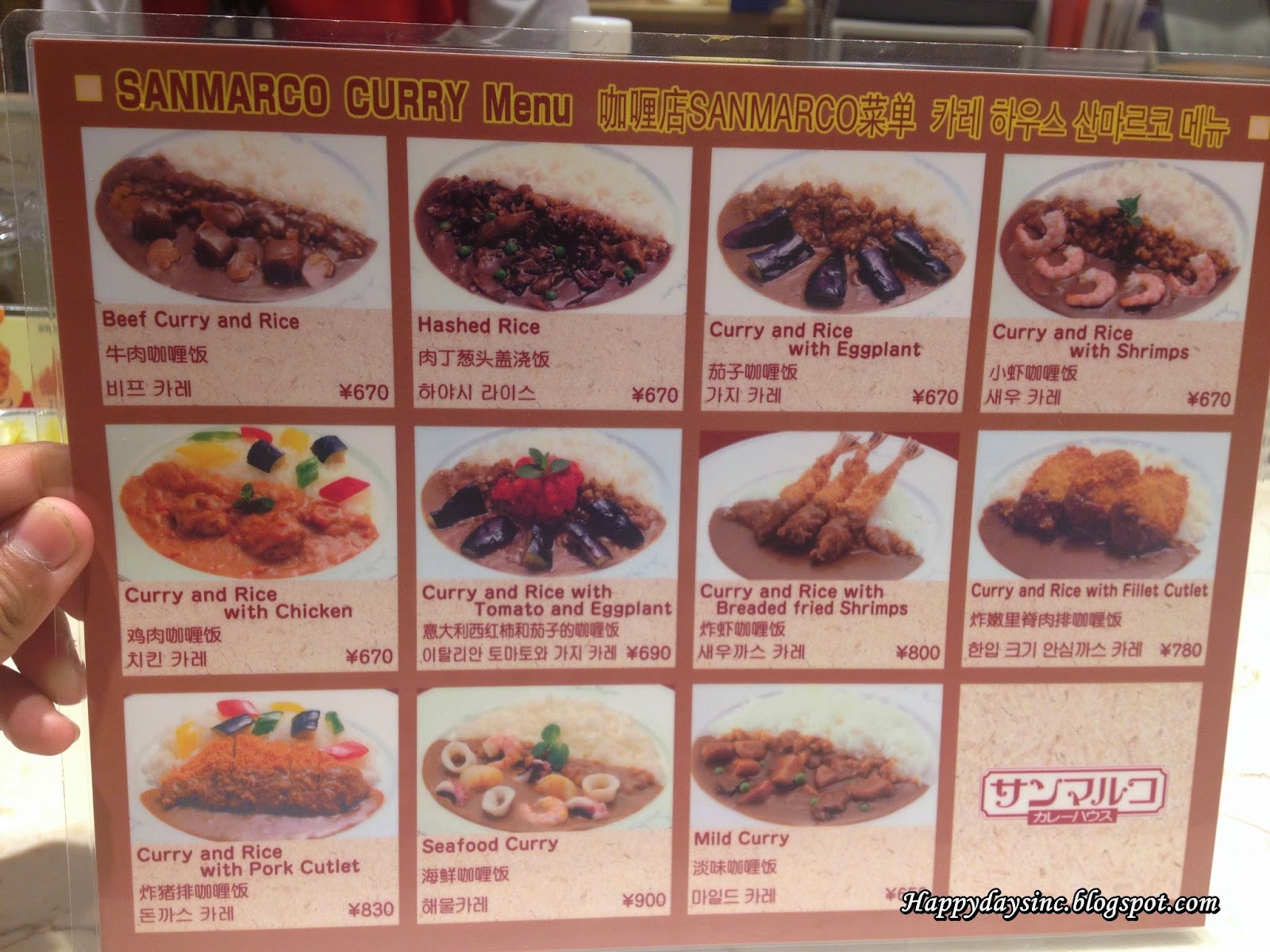 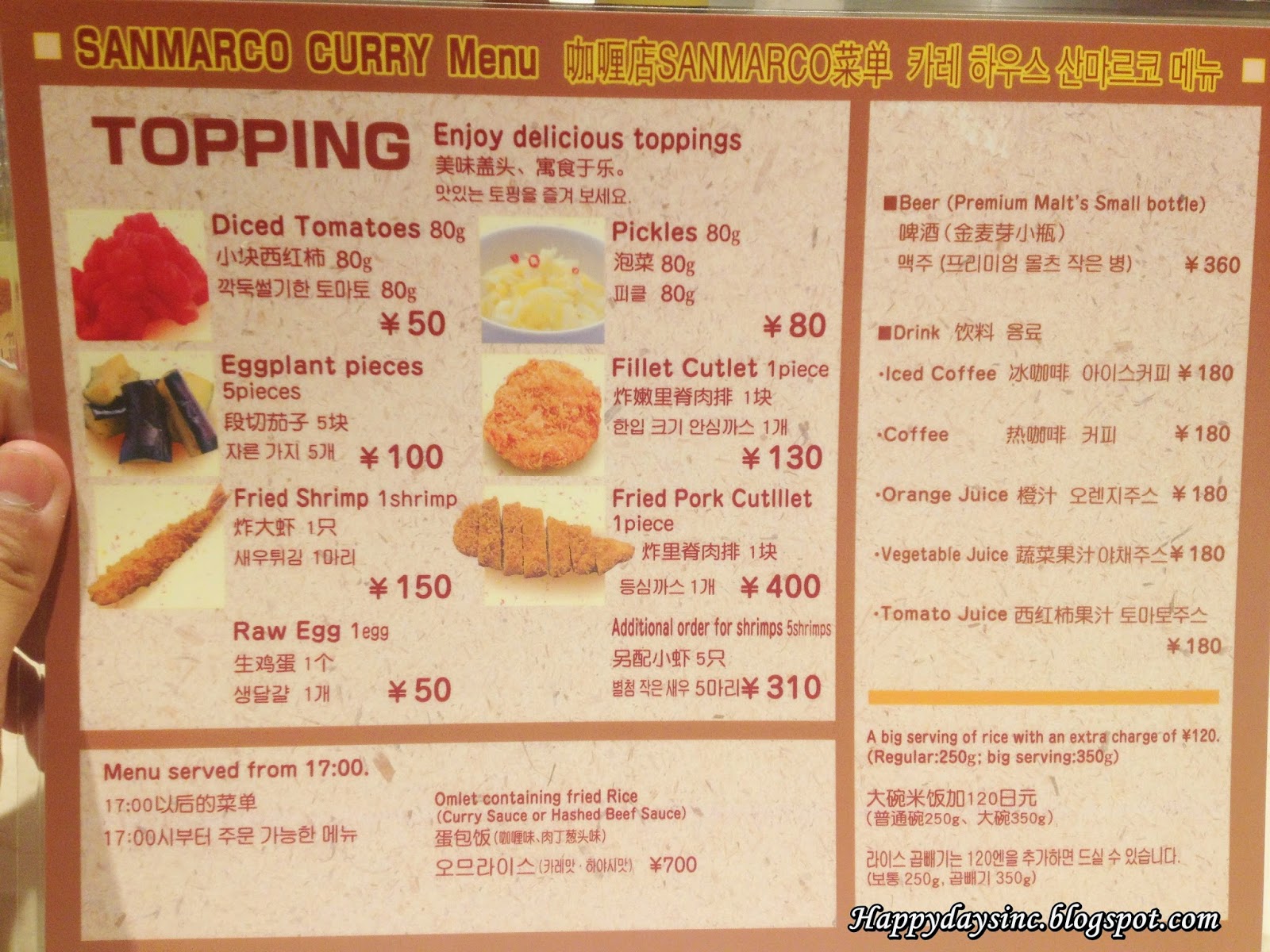 The next part of our plan was to visit the Osaka Museum of History next followed by the Osaka Castle and Nishinomaru Garden nearby and I decided it was a nice change to have a picnic in the garden for dinner. We ended up packing our dinners from various outlets in the station and were off to the Museum next. 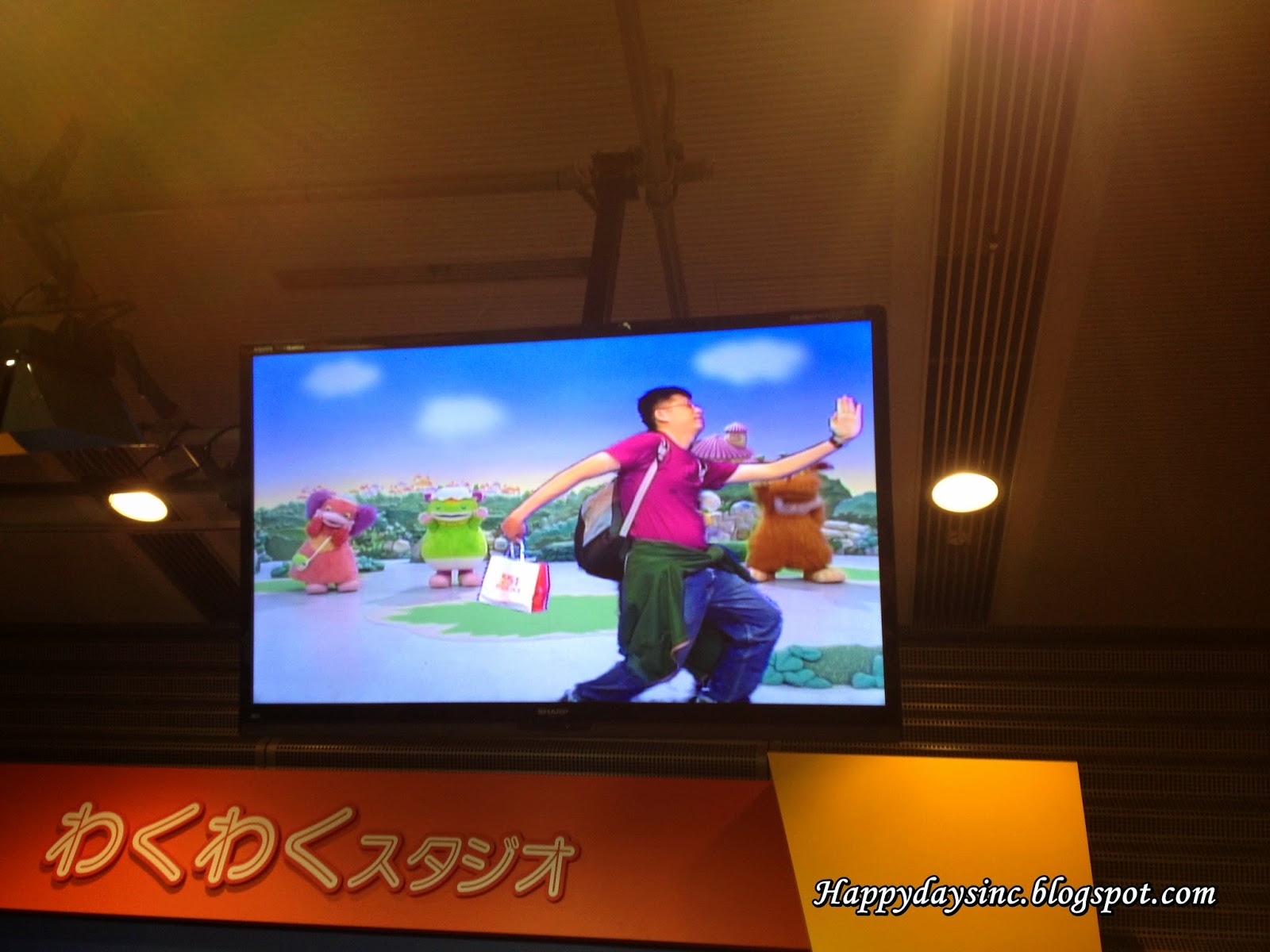 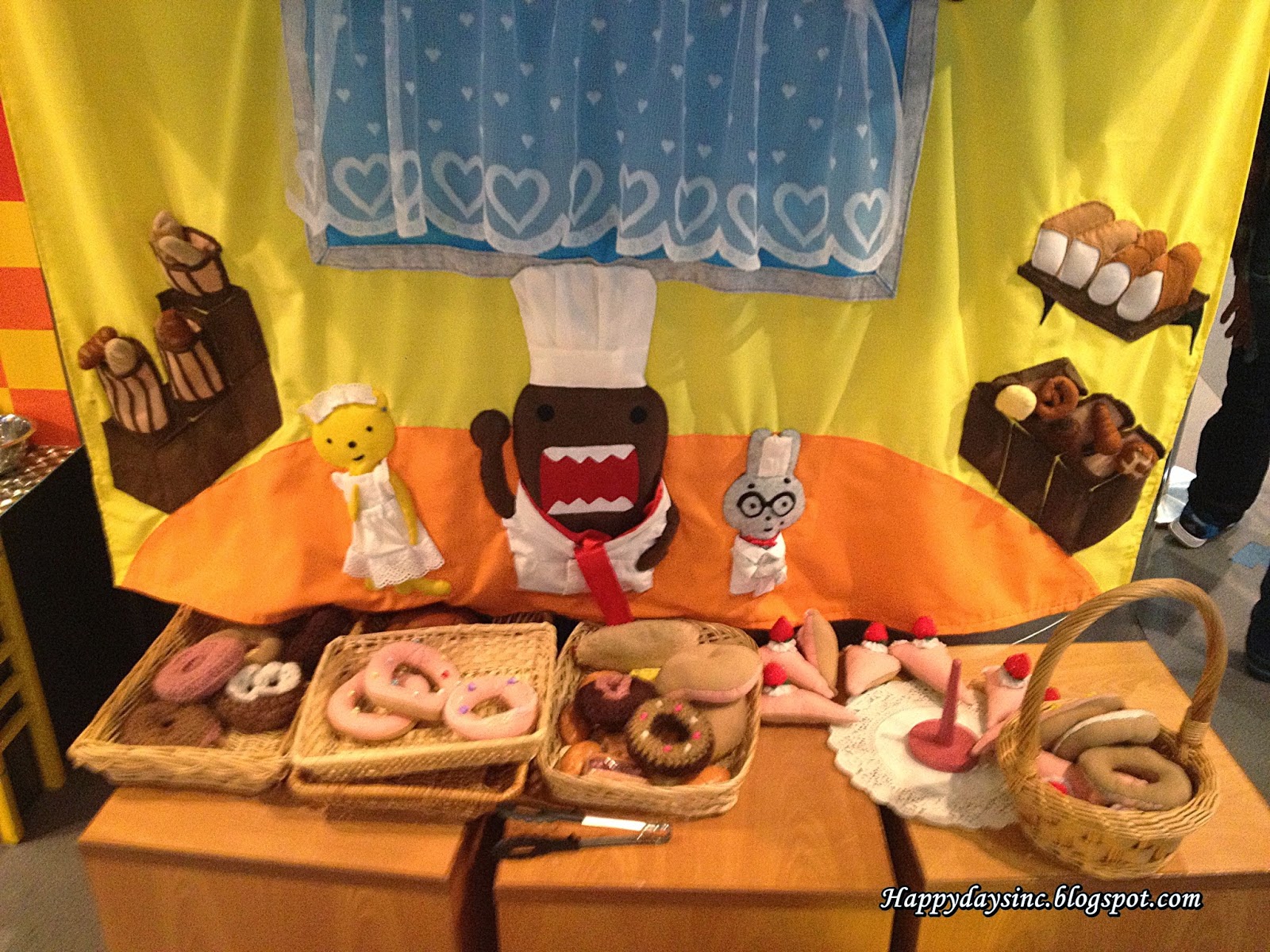 I have visited the Osaka Museum of History on my previous visit and didn't mind a relook in case there were new exhibitions. But before that, Cousin and I could not resist going into NHK's tourist center which was actually just a room showcasing its mascots and a couple of green screens that you can prance in front of. When we were there the museum was quiet with few tourists there, making it a nice place to escape the busyness of the crowd and early-spring chill. 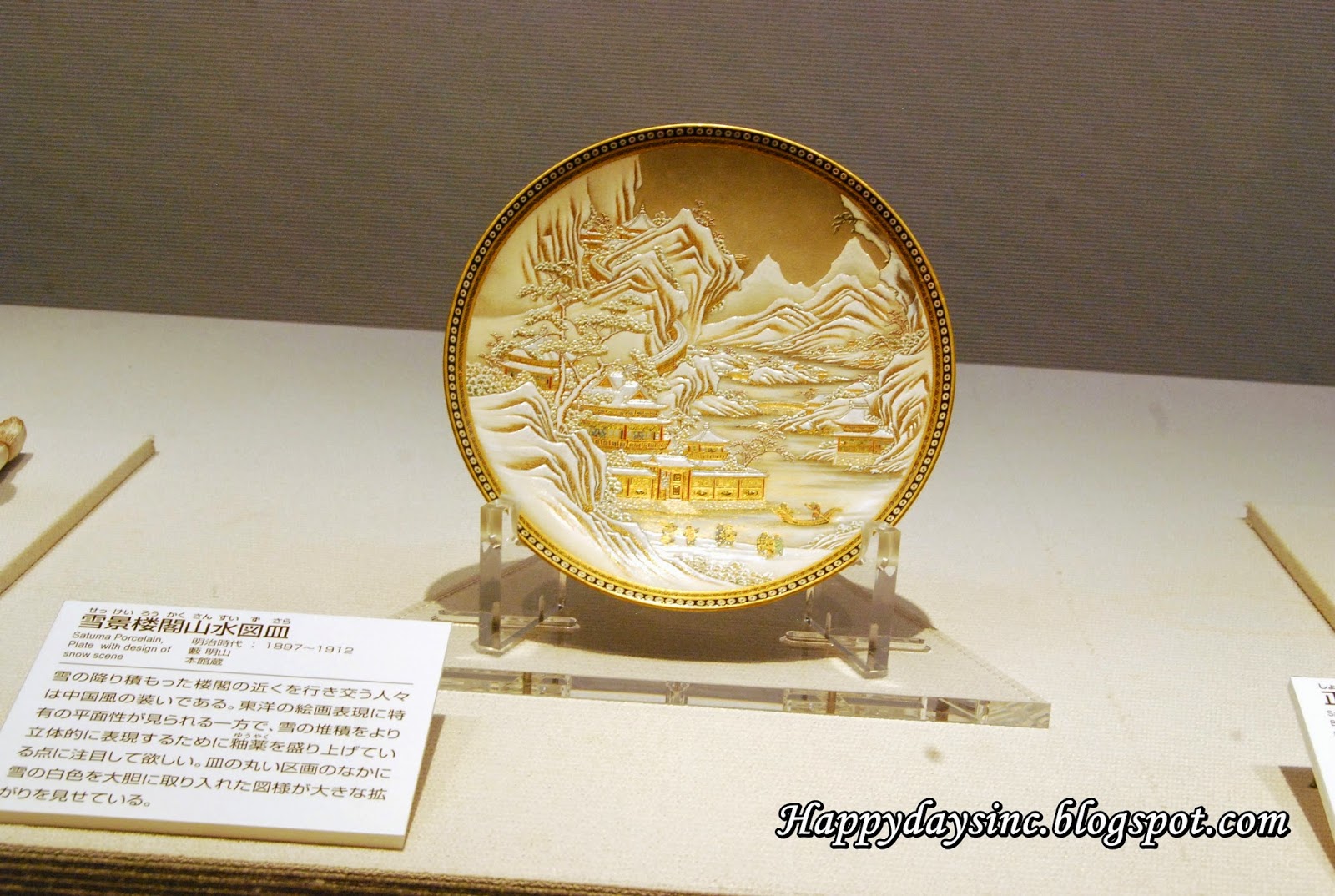 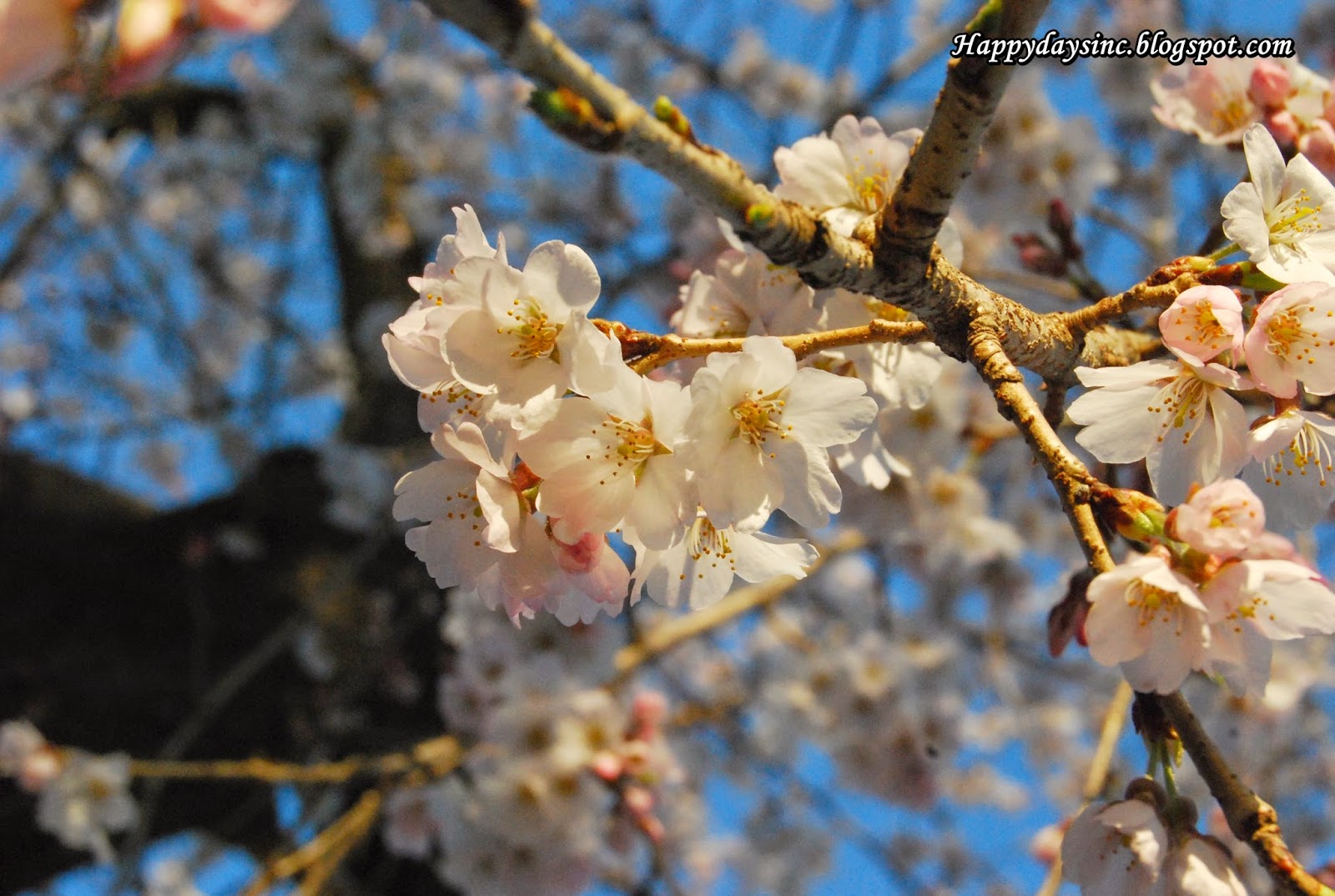 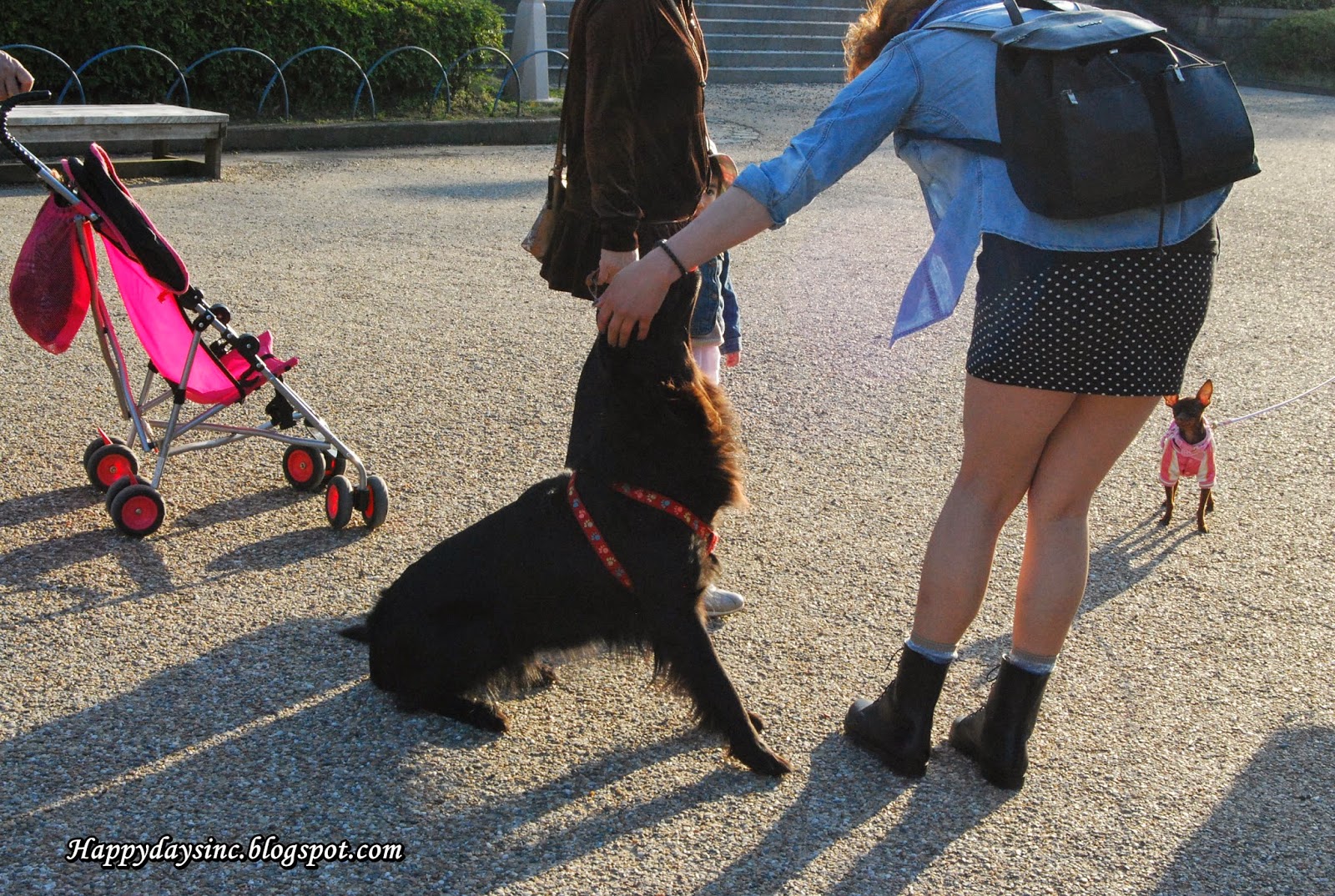 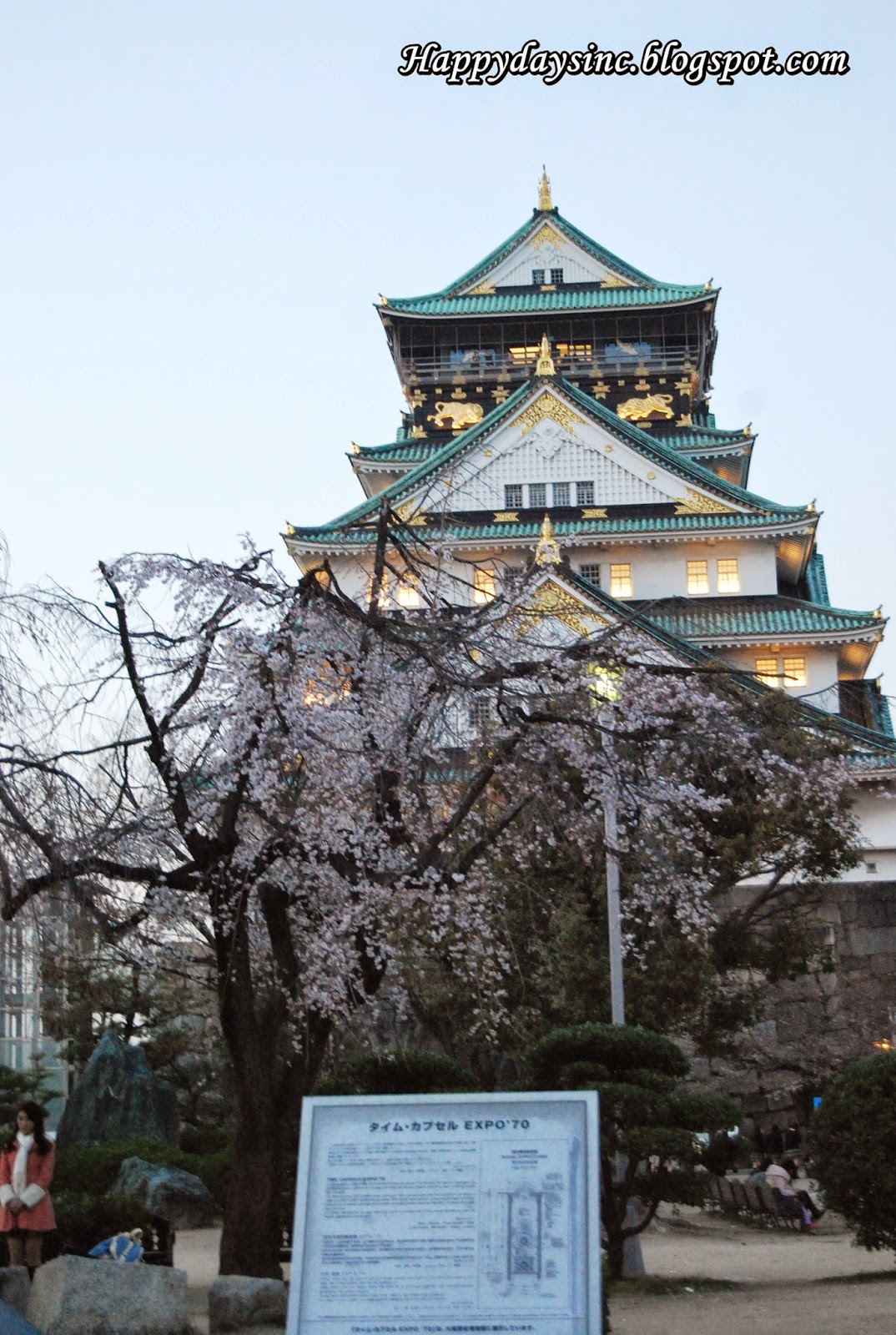 The park was blooming with cherry blossoms and the festivities were infectious as tourists and locals enjoyed the outdoor area of the castle. In spring, the Osaka Castle could extend its openings hours until 7pm and we timed our visit there to coincide with the setting sun. Instead of joining the long queue for the lift, we opted to take the stairs to the top floor. 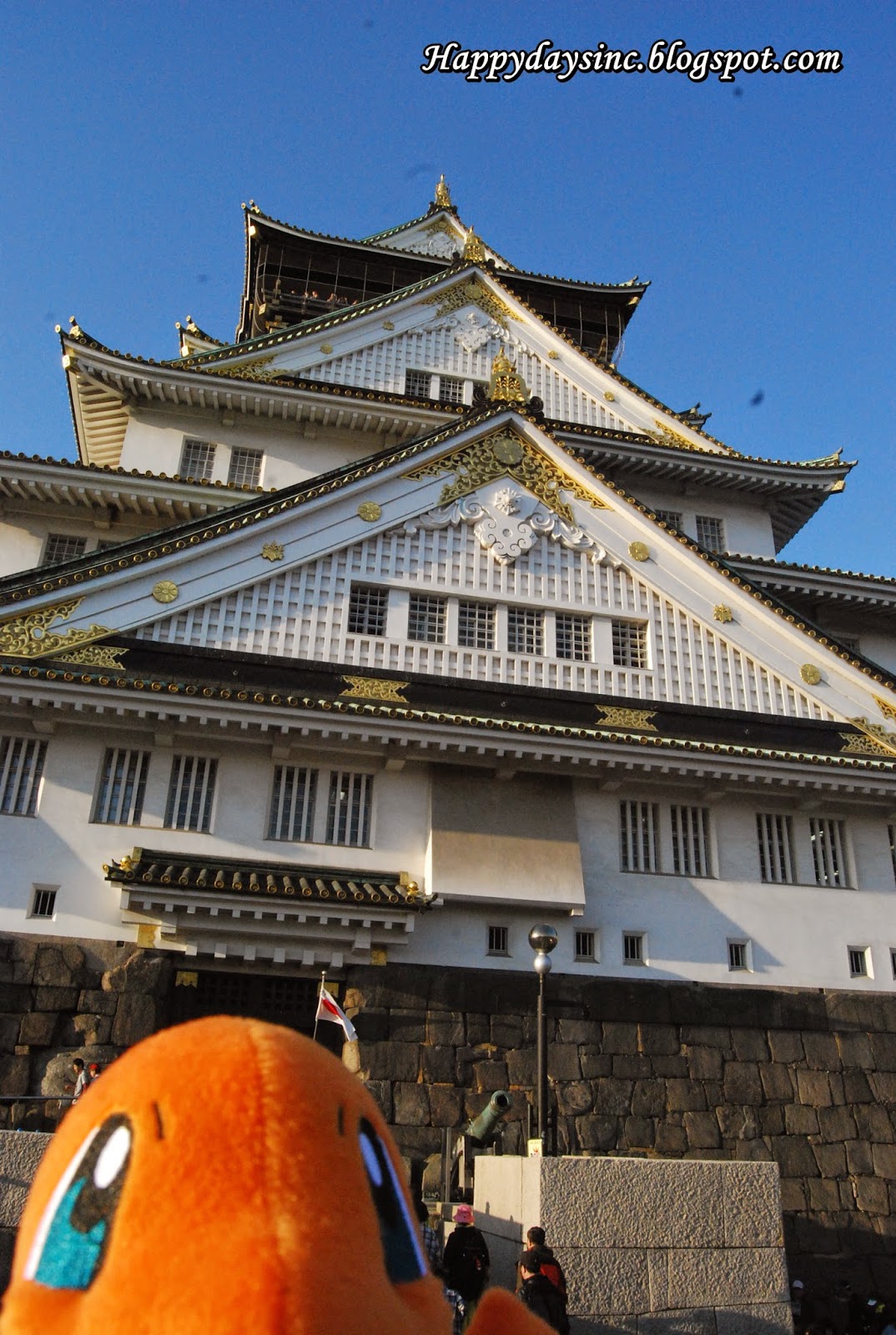 With the evening sky and the sun casting its rays across the city skyline, the view was simply stunning. I was certain Charmander agreed too which was why he insisted on taking pictures too. 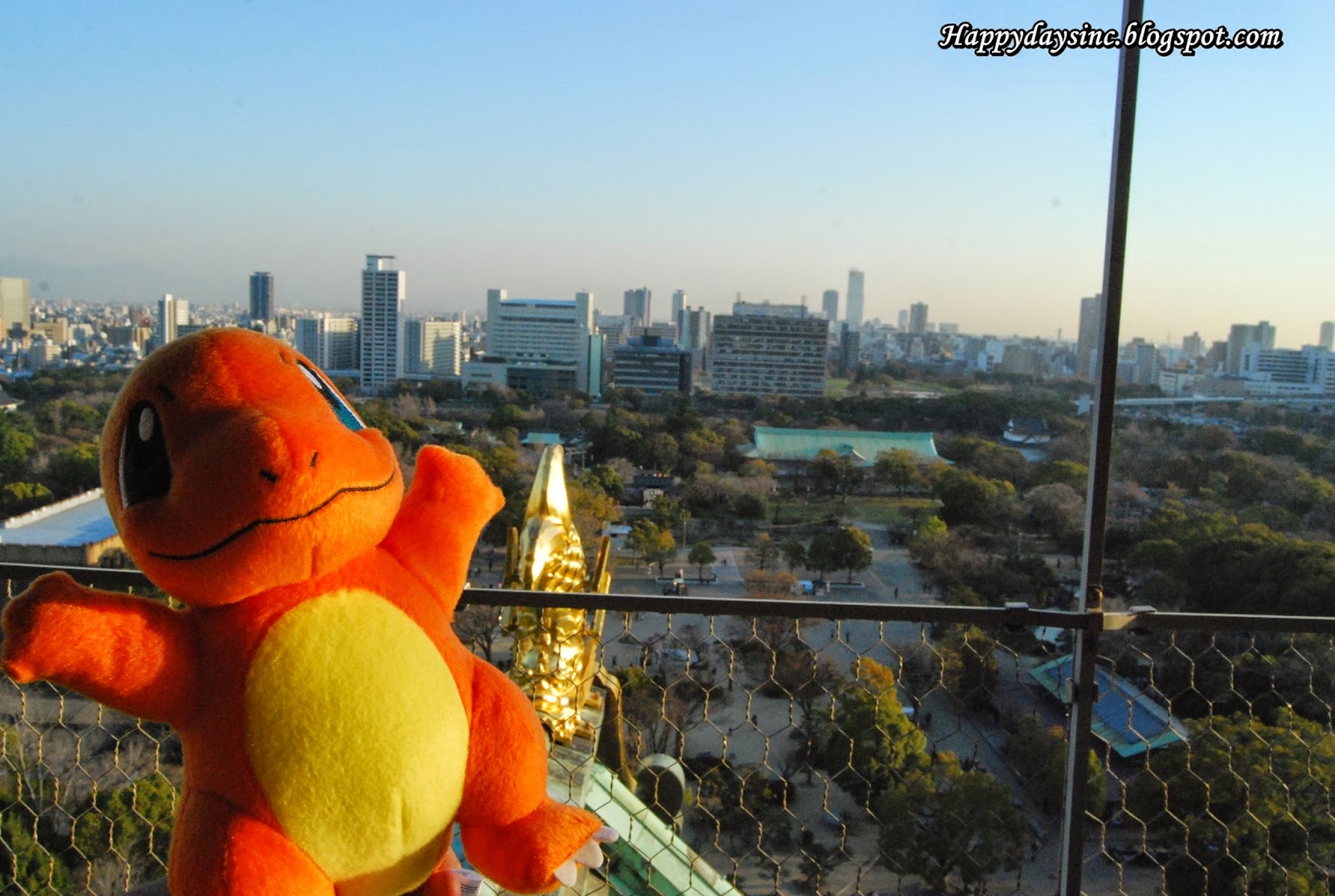 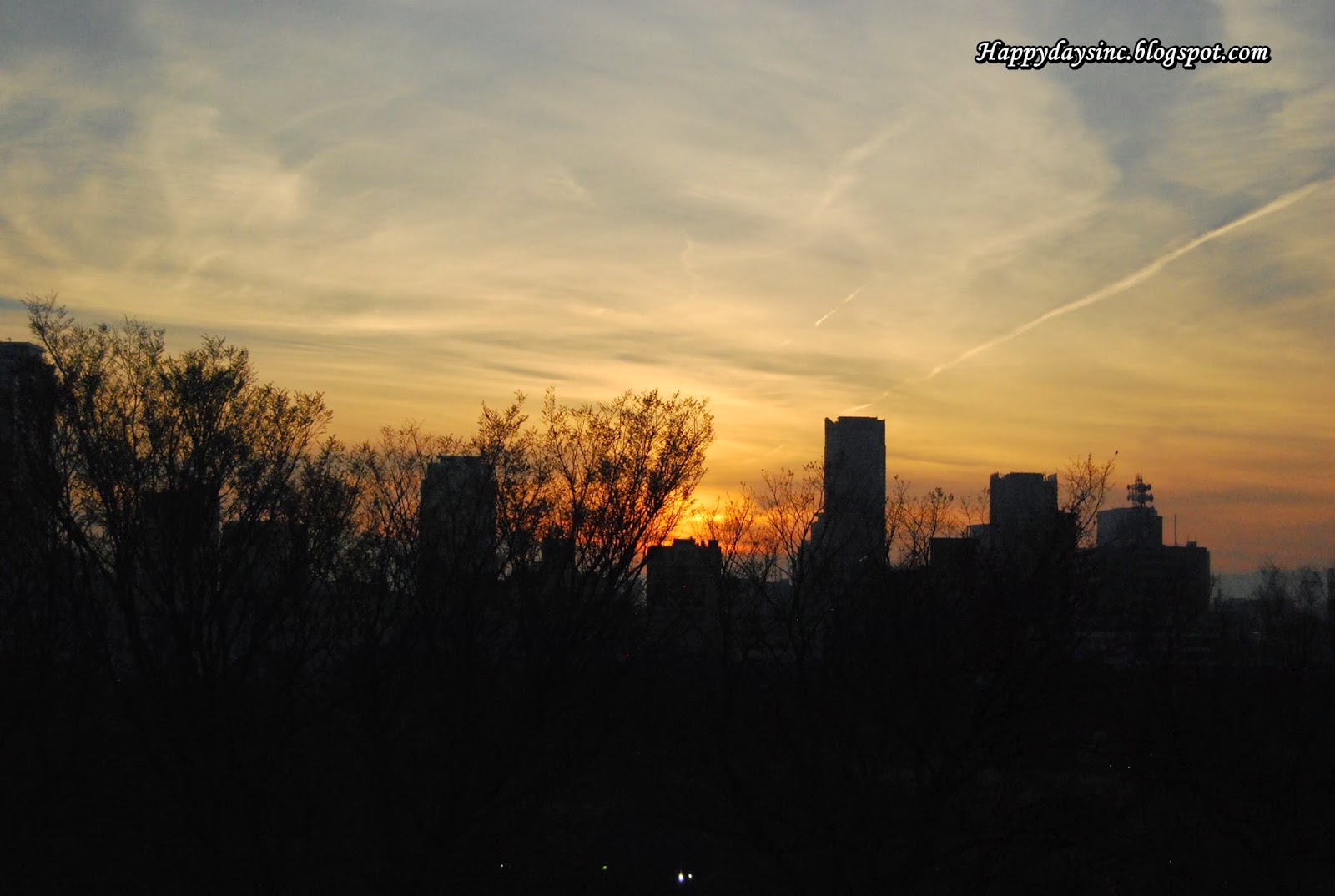 As the sunset set, the lights of the castle came on in preparation for Nishinomaru Garden's Night Illumination. Usually, entrance to the garden was complimentary but because the Night Illumination  was a special occasion, our passes could not be used and we had to pay 500yen but once more, it was worth it. 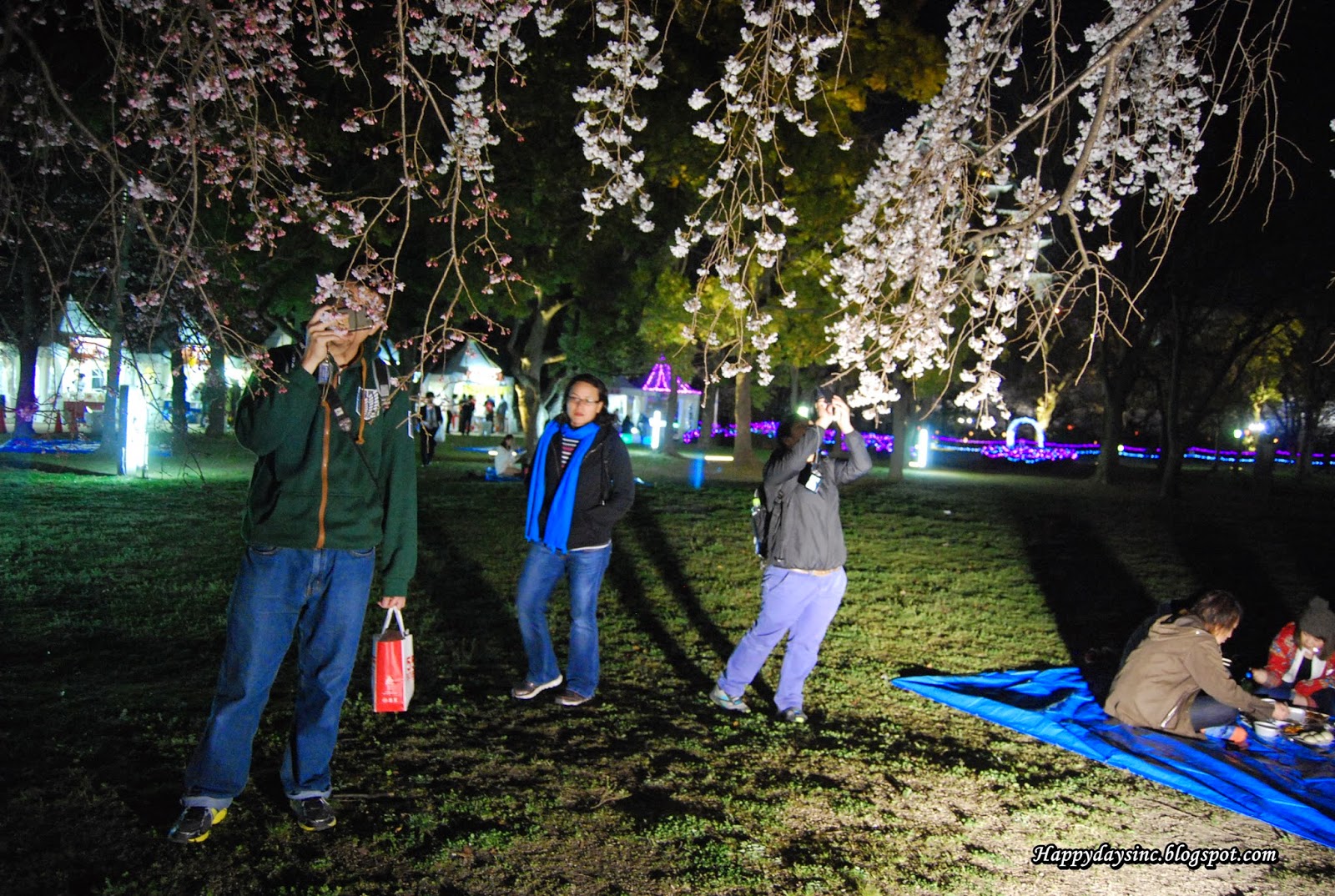 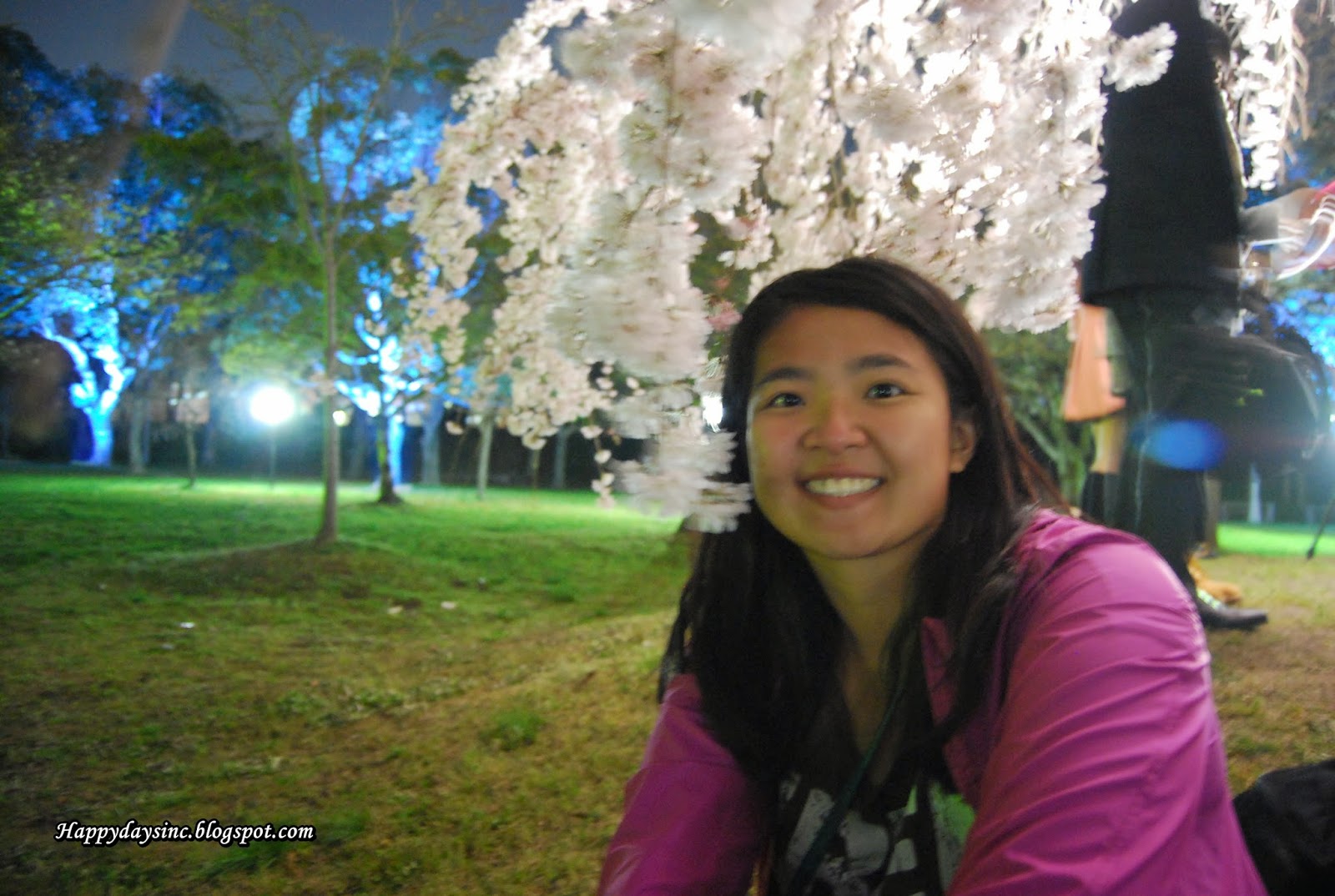 Even though it was still early in spring, cherry blossoms were blooming for hanami and we saw several groups sitting under the heavily blossoming trees. We wanted to do that too and found ourselves a quiet spot away from the food stalls and without a picnic mat. 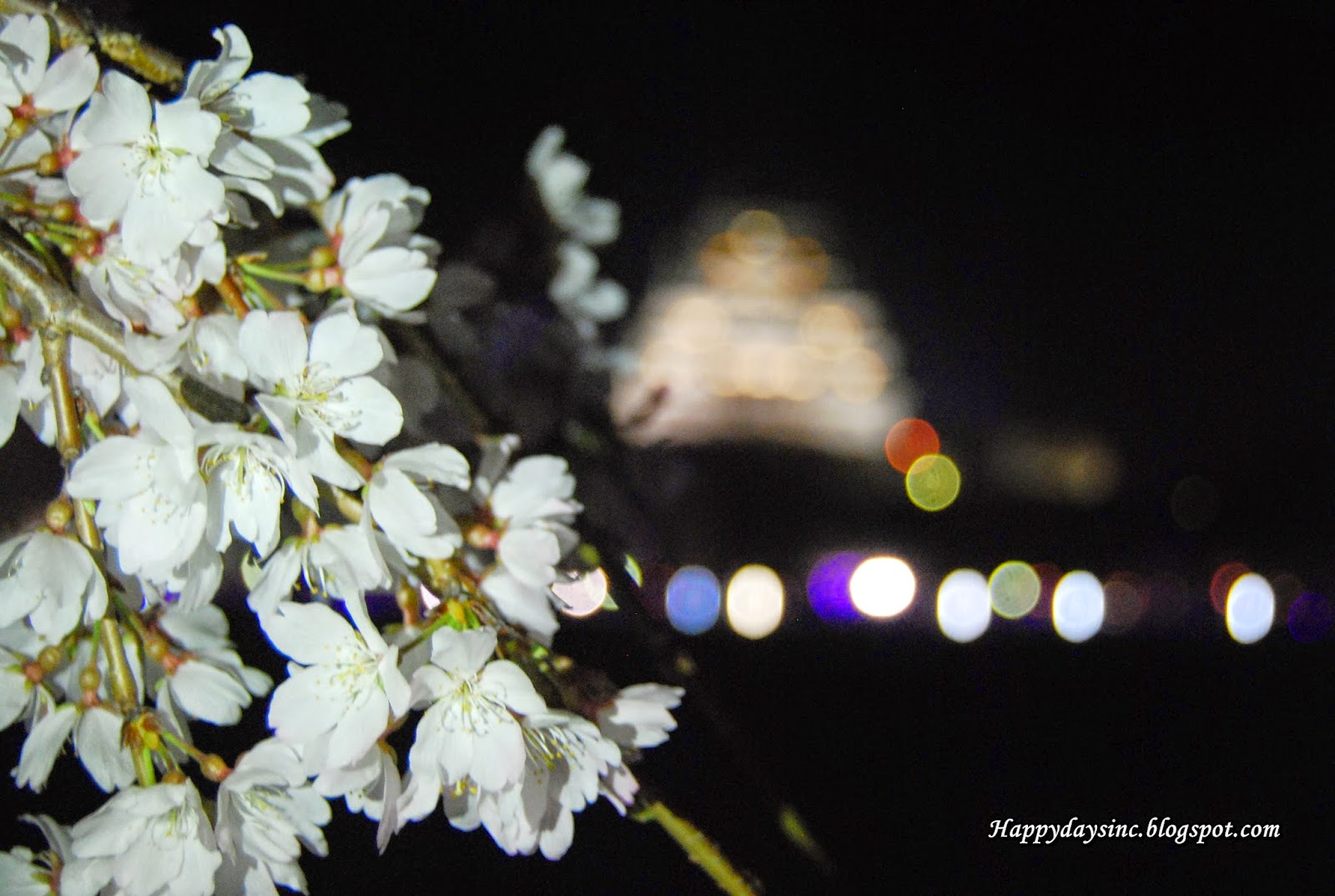 The flowers were gorgeous with the lights purposefully fixed to highlight their beauty and with the lilted up Osaka Caste in the distance, it made for a fun photoshoot under the cherry blossom trees. After eating our fill of our (now cold takeaway dinners) and taking our photos, we headed back to our accommodation as Sis and Friend were exhausted from our whole day out. 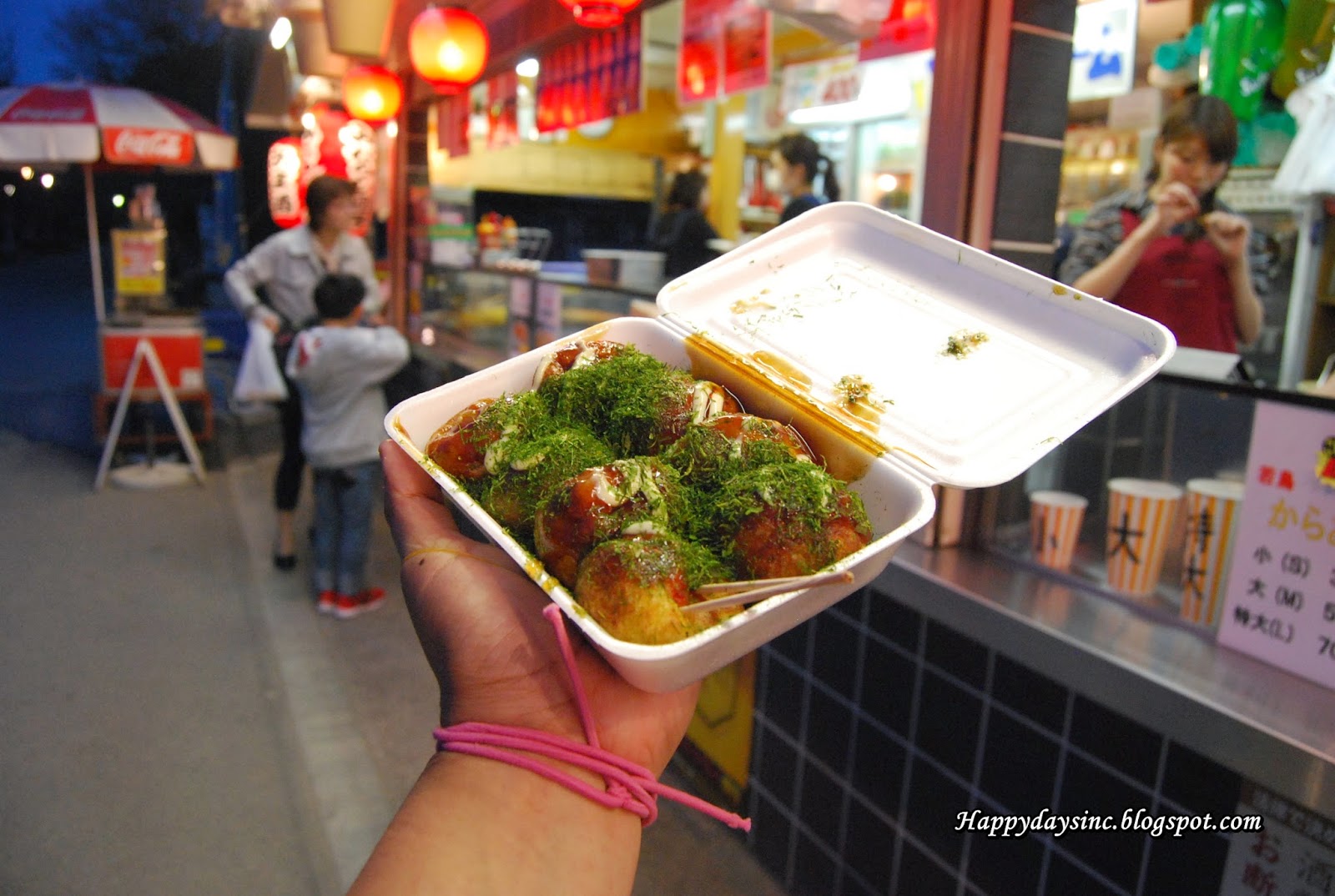 Cousin and I on the other hand...got distracted by the arcades Taito and Sega nearby and went a little nuts on the claw machines. After spending quite a fair bit of money, we walked away with a limited edition statue doll. Or rather, we walked away before I got carried away and could blow all my cash on the machines. 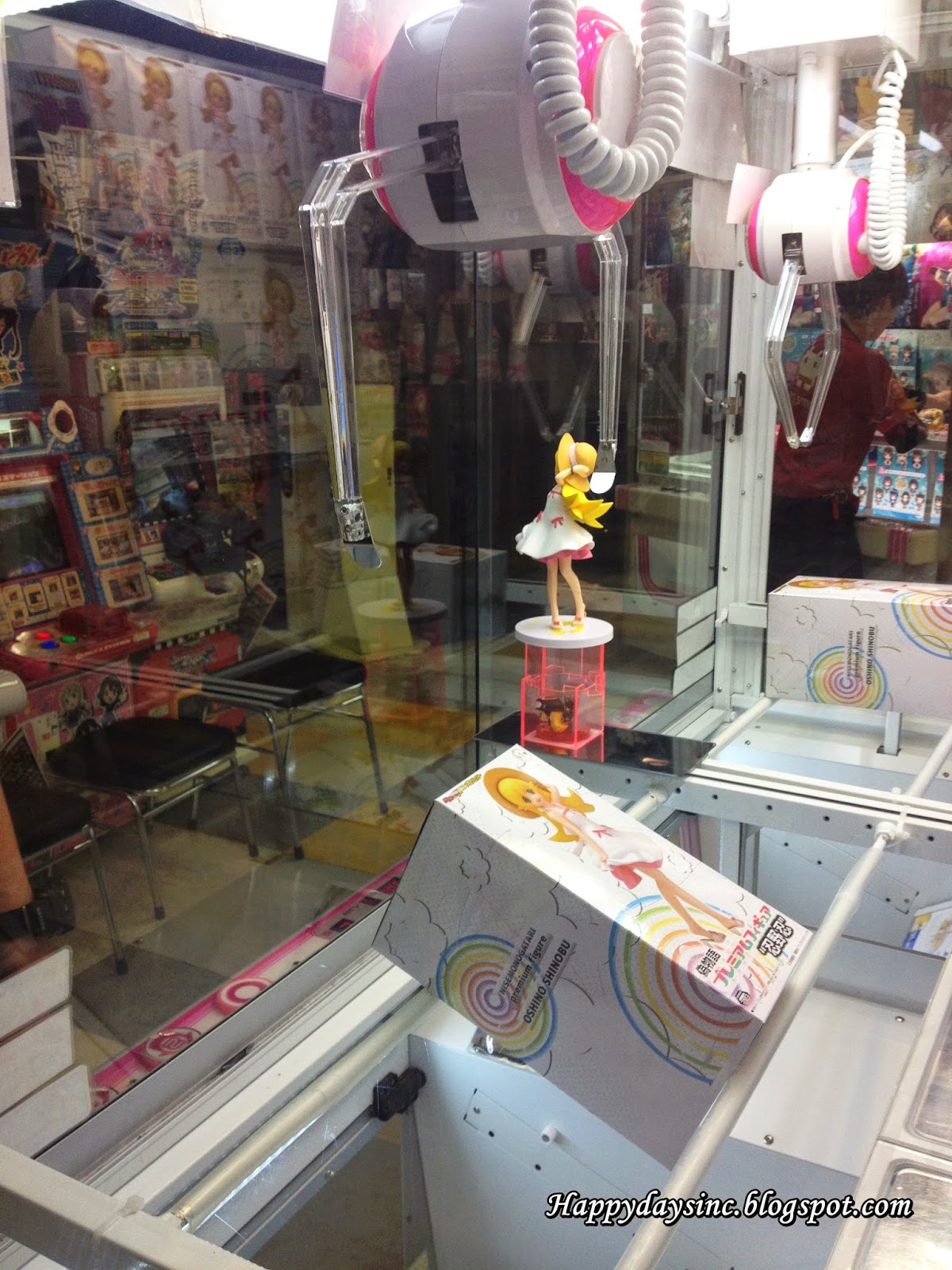 The website is looking bit flashy and it catches the visitors eyes. Design is pretty simple and a good user friendly interface. Tutu Helper