Standing Theory has taken the unpretentious neighborhood of SS2 by storm, bringing hordes of coffee drinkers, hipsters and bacon fans to the quieter side of the town. And why? 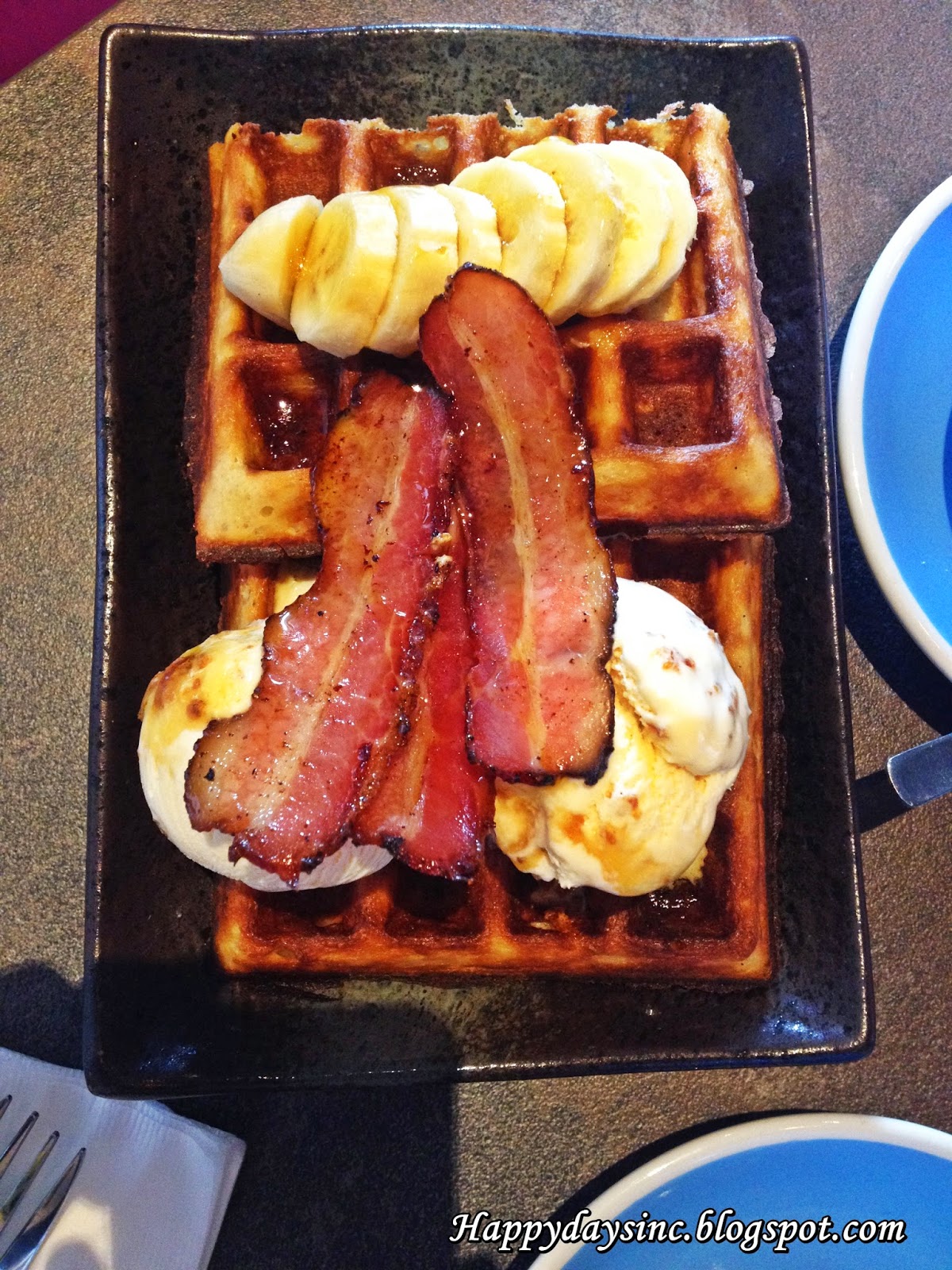 Curious to try this weird combination of sweet and savory, I headed over to Standing Theory with my equally-as-curious-friends. It was very crowded and we had to wait for a place to sit inside. Even then service was on the slow side as it took us alerting them to get our table cleaned up of the empty cups and dishes and even that took about 20 minutes.


I liked the minimalist interior and random deco though with mismatched chairs and tables. A particular popular seating area was the made-shift-wheel-turned-table in the corner of the cafe. 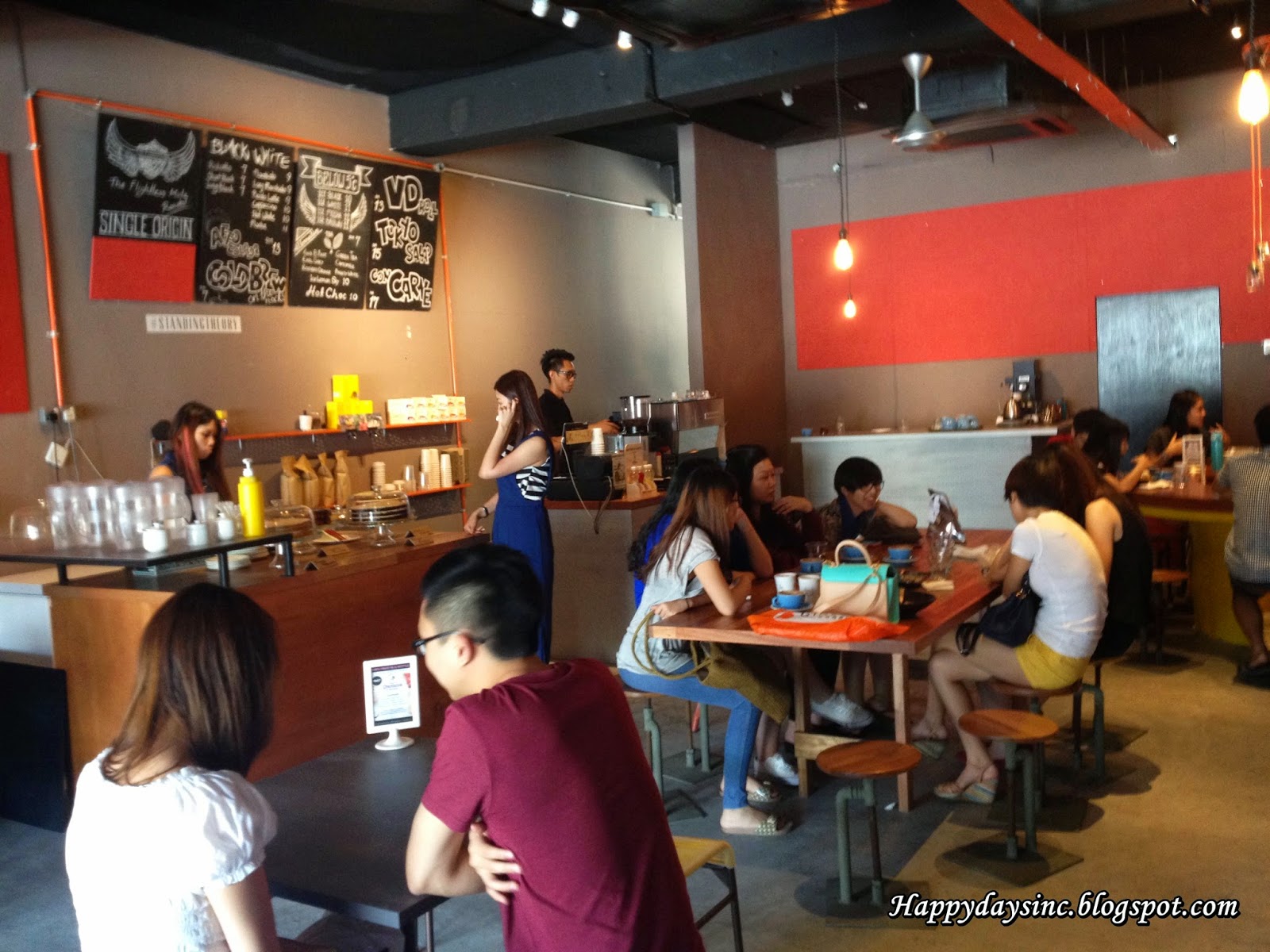 While we were waiting for our table to be cleared, we decided to do a quick search online to find out what else was recommended at Standing Theory and found only....BBC Waffle. At this point, we were all wondering 'could it really be that good?' 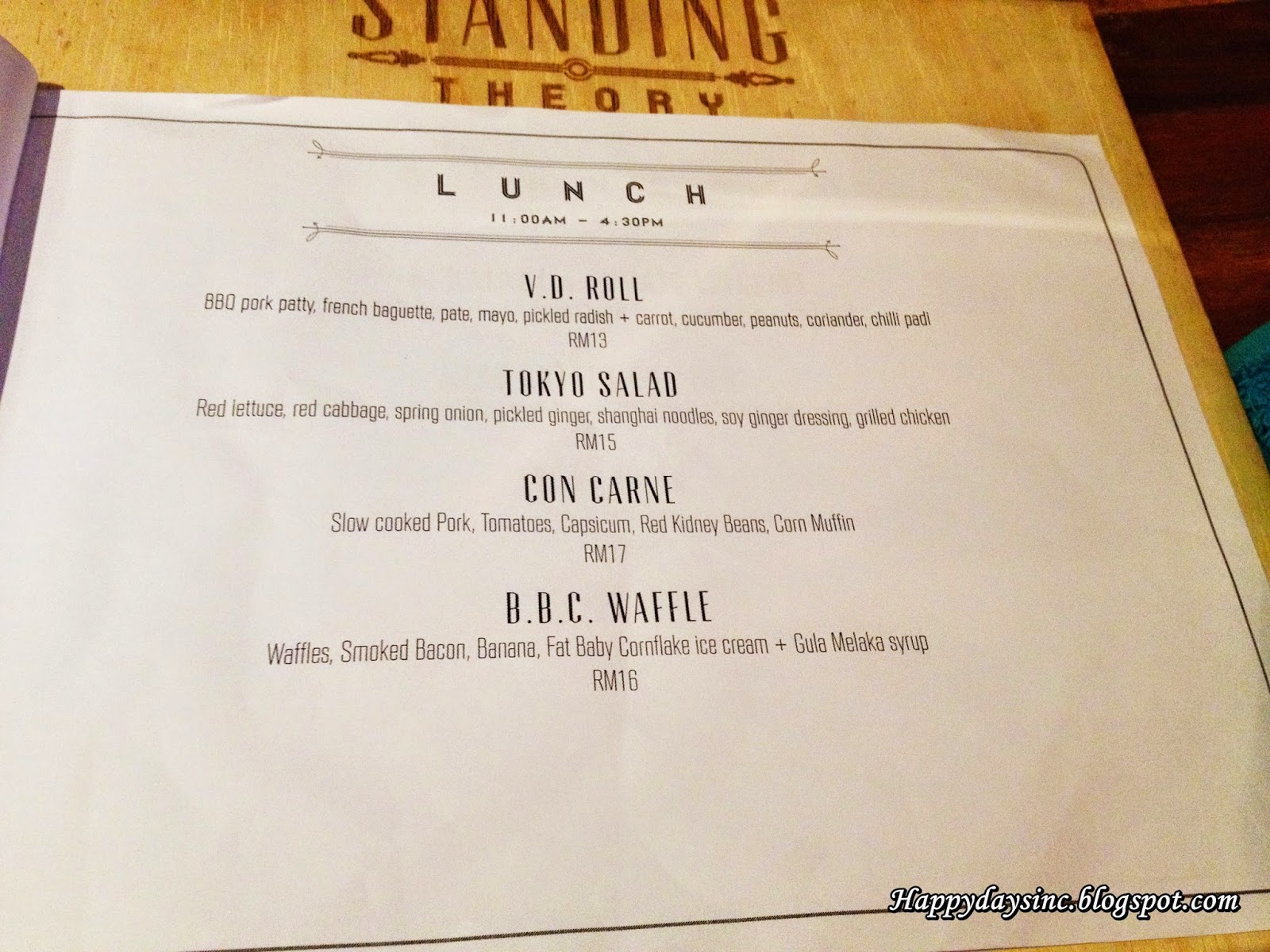 Instagram, Facebook and blogs all recommended the same thing, rarely mentioning any other dishes. It didn't help that the lunch menu was limited to only four dishes. Intrigued, all four of us ordered, well, the same thing. The BBC Waffle, which was made fresh as the orders were made which led to a 15 - 30 minutes wait. 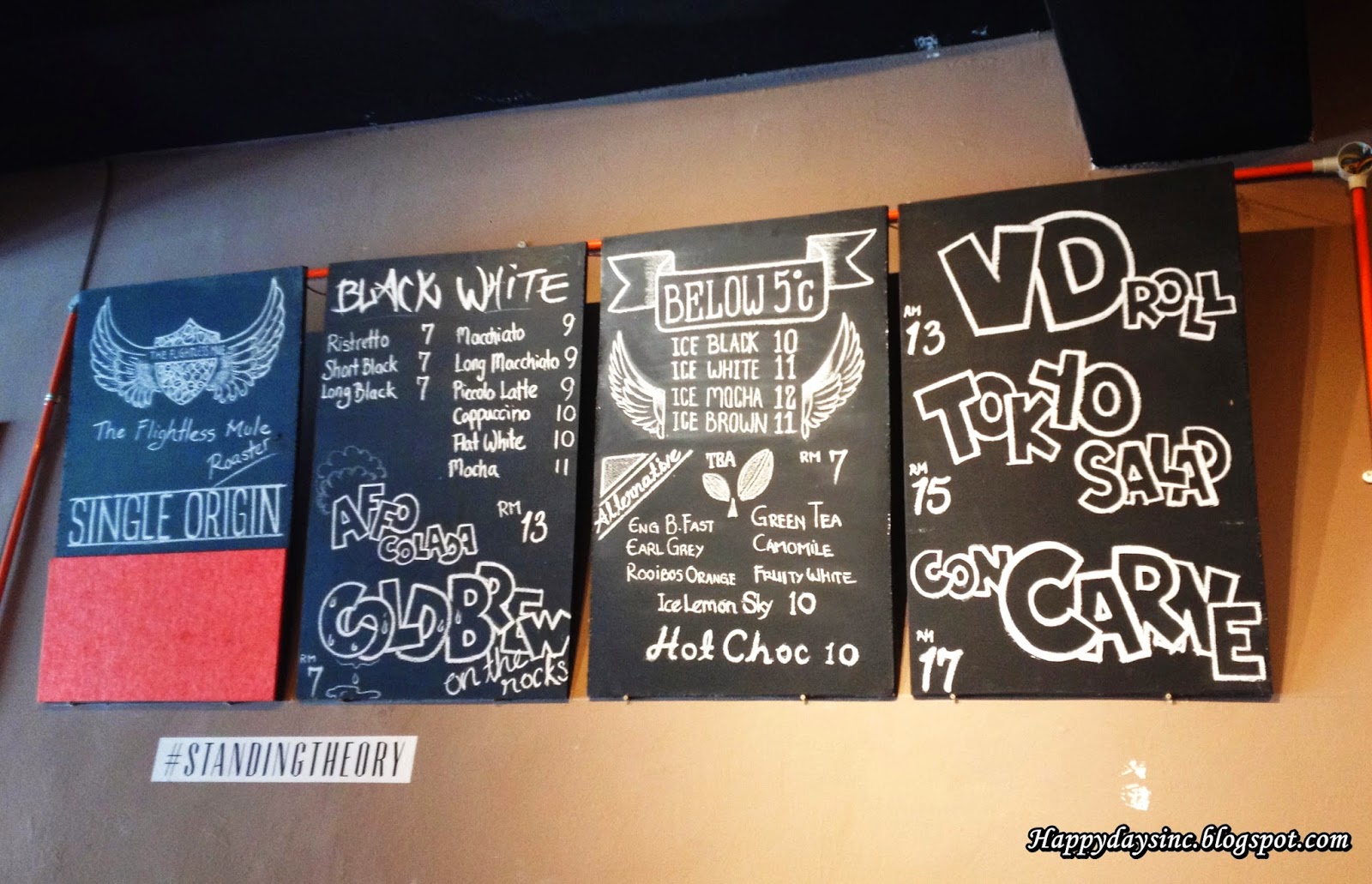 I ordered a hot mocha and a red velvet cake given that the latter was one of the few things recommended by other bloggers.. 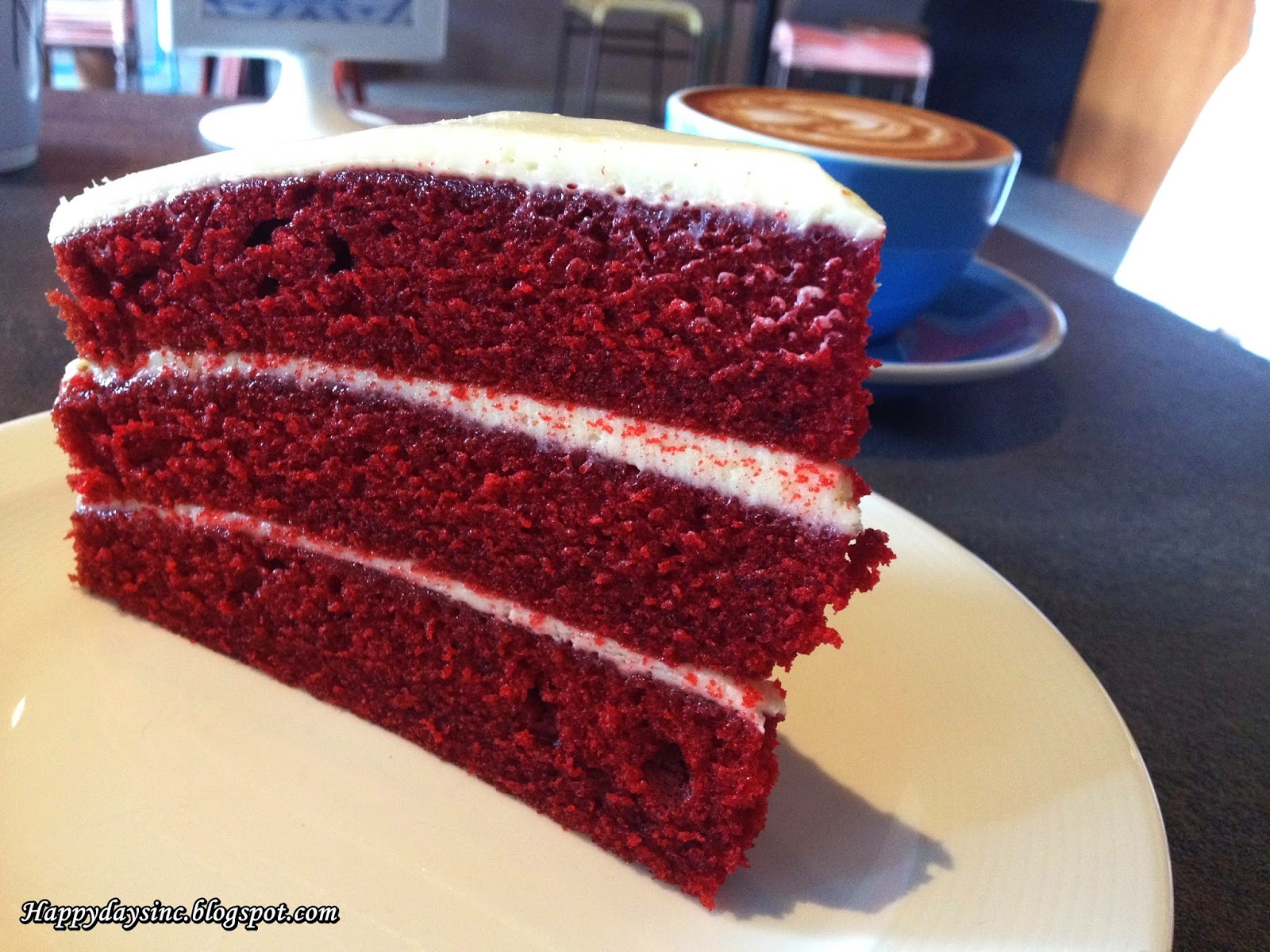 While the cake had looked tempting with all its red glory, I found it dry and lacking in taste. Even between the four of us, we couldn't finish it and left half a piece crumbling on its side like a sad Leaning Tower of Pisa. 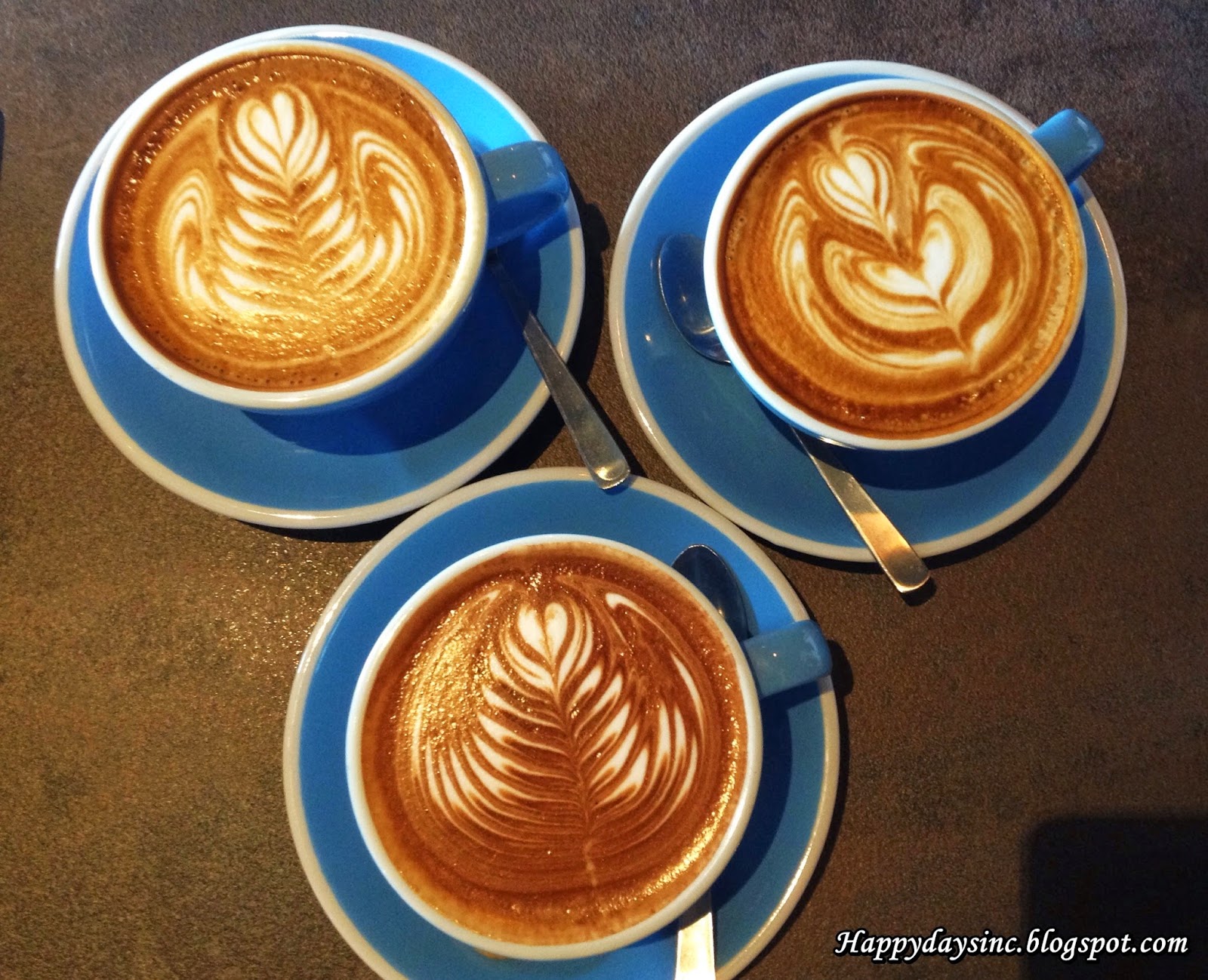 The coffee was a winning point as it was smooth with a velvety richness that just lingered on my tastebud. The chocolate in my mocha didn't fight with the coffee but rather complimented it well. 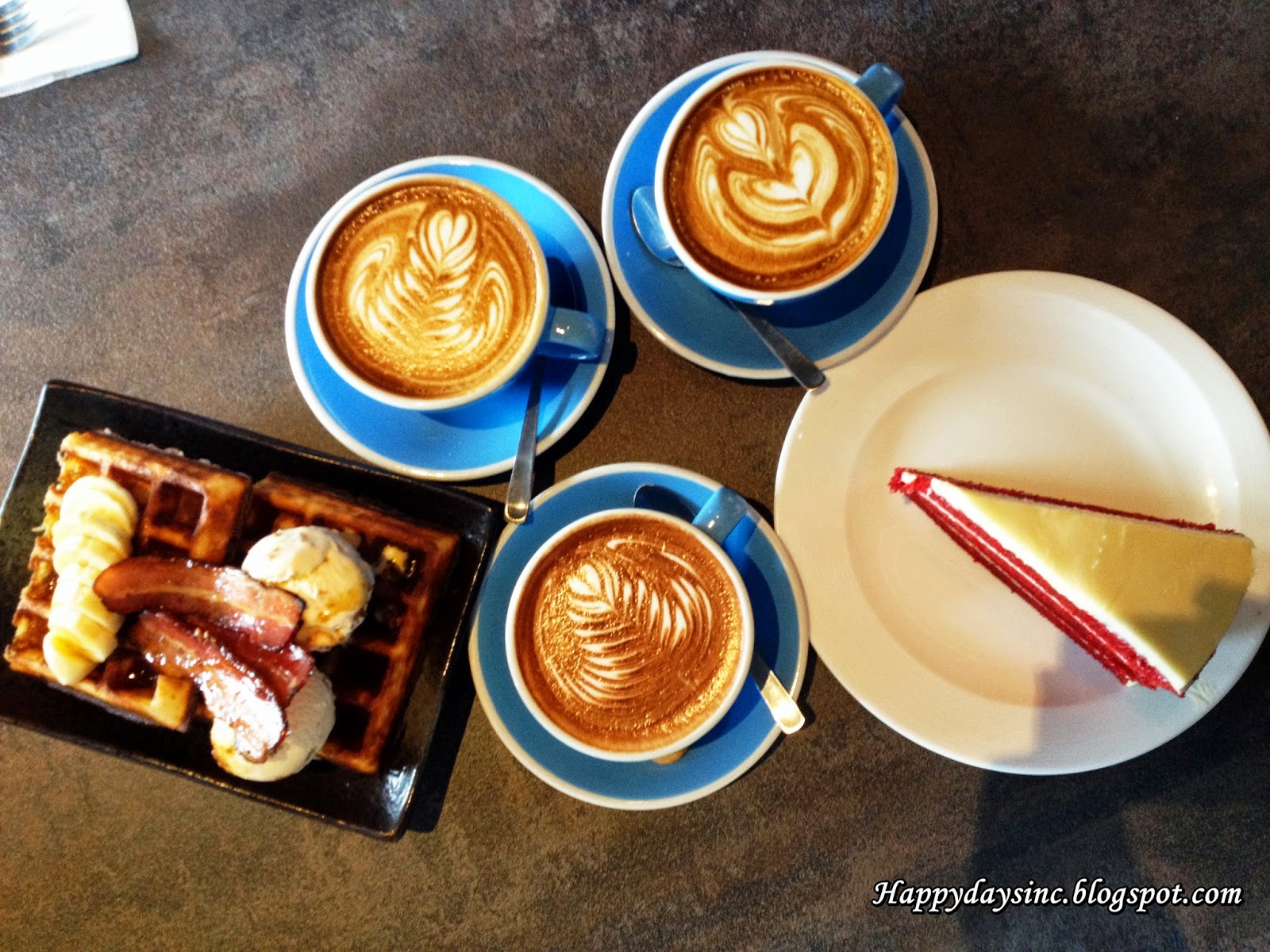 And finally the BBC Waffle that was recommended and hailed by so many people and media. Sadly we found it...underwhelming given all the hype that this dish has received. Its toppings were listed as Fat Baby ice-cream, bacons, banana and cornflakes.

Well, ours didn't seem to have cornflakes nor did the ice-cream have the coconut flavour that was emphasized by others. The only saving point was perhaps, the bacon because really, who can refuse bacon. I even had a fight with another friend over a friend's leftover pieces. 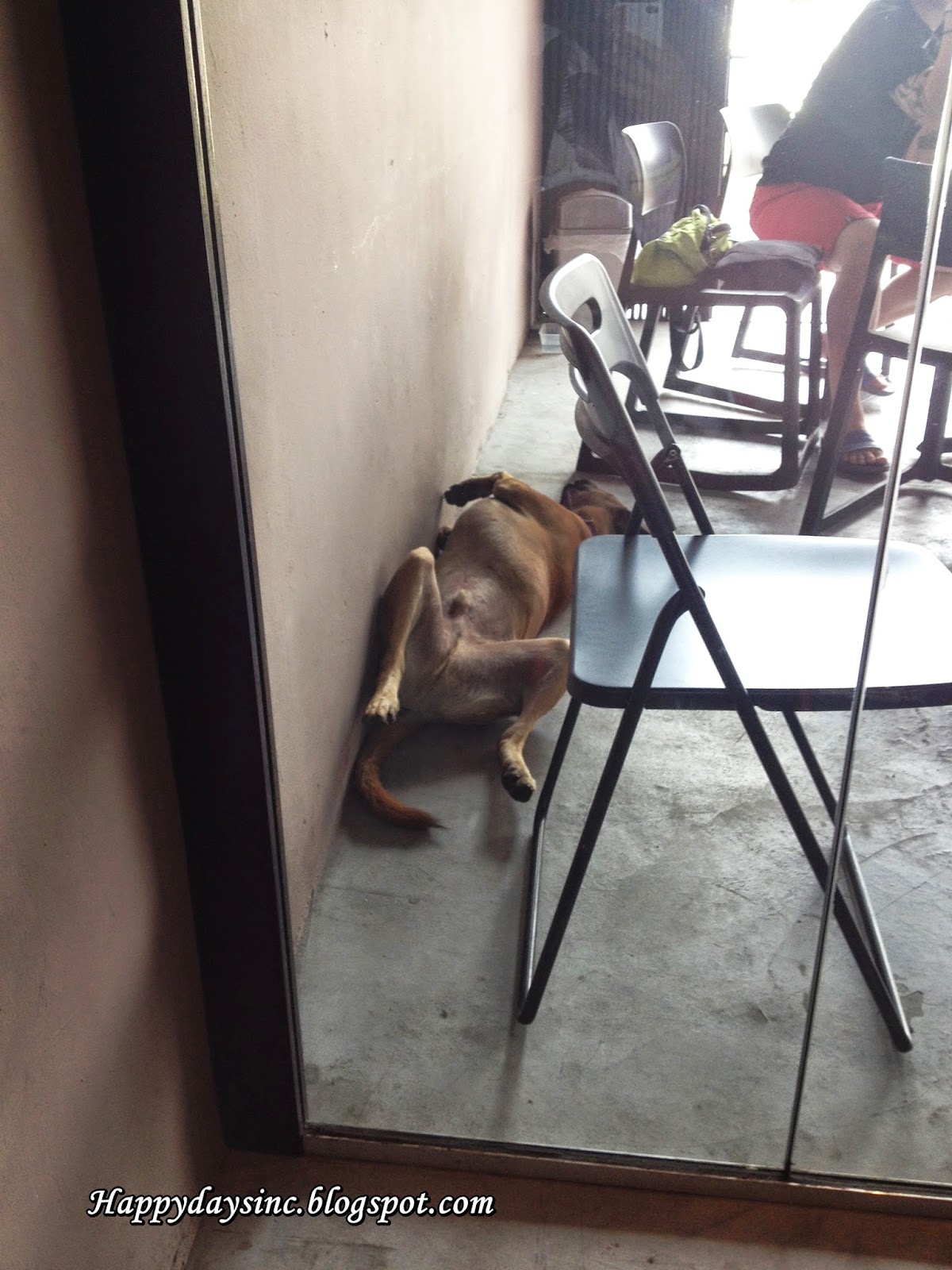 Nevertheless, Standing Theory was a nice hangout place to sit, drink coffee and chit-chat with friends. Admittedly parking is a problem which a confusing road and parking layout. But on the bright side, there was the resident dog constantly snoozing outside and only changing its pose once in a while.