Animangaki made its return this year with a bang and what a bang it was with the total number of guests topping last year's attendance. Yay!

Since its humble beginnings in 2009, Animangaki has grown leaps and bounds in terms of size, organization and of course, fans. Held once again at Sunway Pyramid, the weekend of 9-10 August 2014 saw flocks and hordes of anime fans, otakus and cosplayers arrive at the convention center of the shopping mall for the fifth Animangaki (abbreviated from the words Anime, Manga and Gaki. Gaki being the Japanese word for 'brat') that was themed Sengoku also known as Feudal Japan. 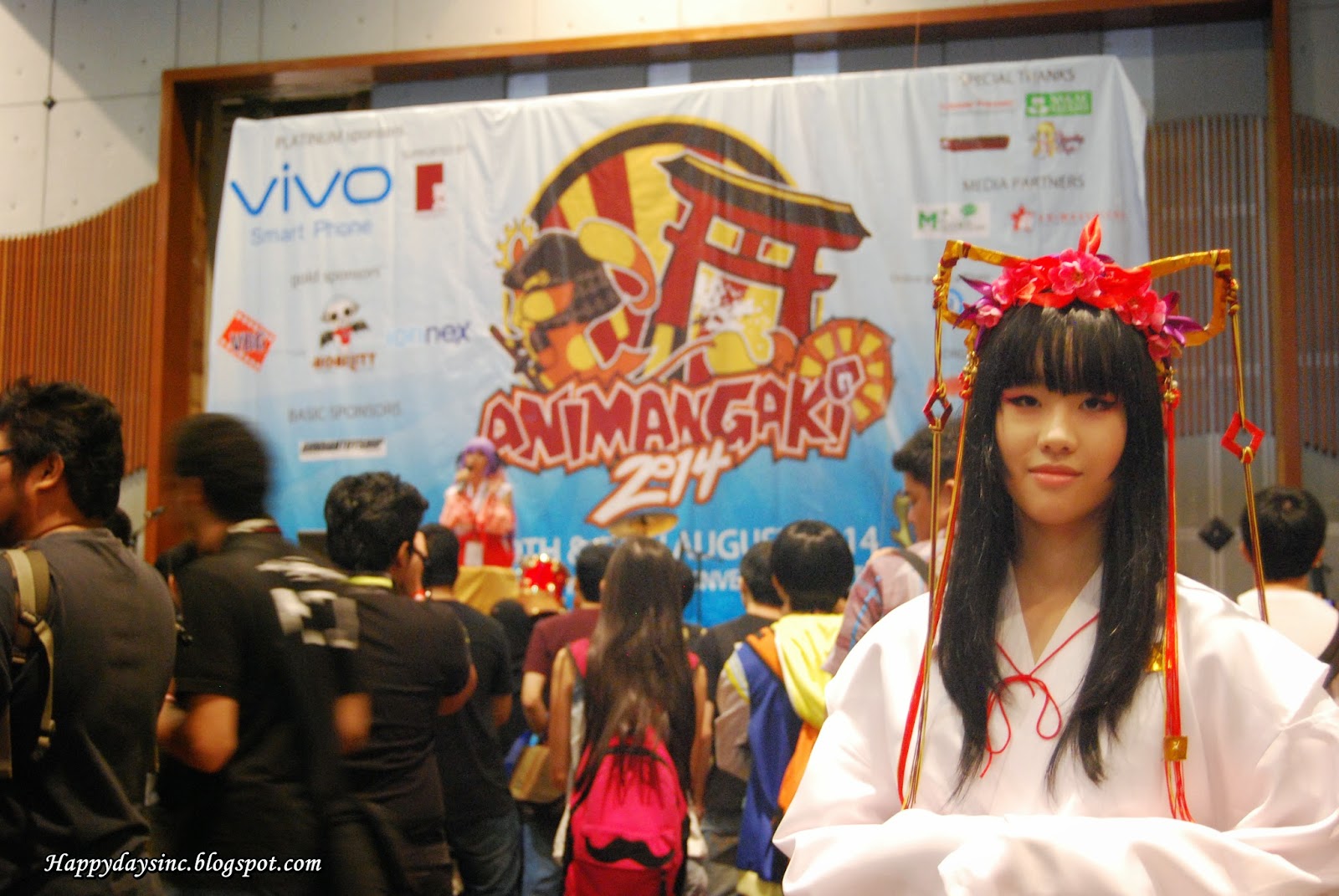 With an atmosphere that was a prelude to the next big ACG event at the end of the year, Animangaki was, in short, amazing. And if you missed out, here are some of the first day highlights of Animangaki 2014.

1. The Booths and Merchandises
Let's be honest. Where else can you get an amassed collection of plushies (!), fan-made and handmade anime and manga merchandises, doujins and special limited edition products from Ghibli studio? This year, the stuffs to buy ranged from hand-drawn bookmarks, crafts and toys at the various booths manned by fans AND not forget booths by well-known cosplayers and composers. There were also booths by VGB, Nozomi and Vivo to name a few big names. 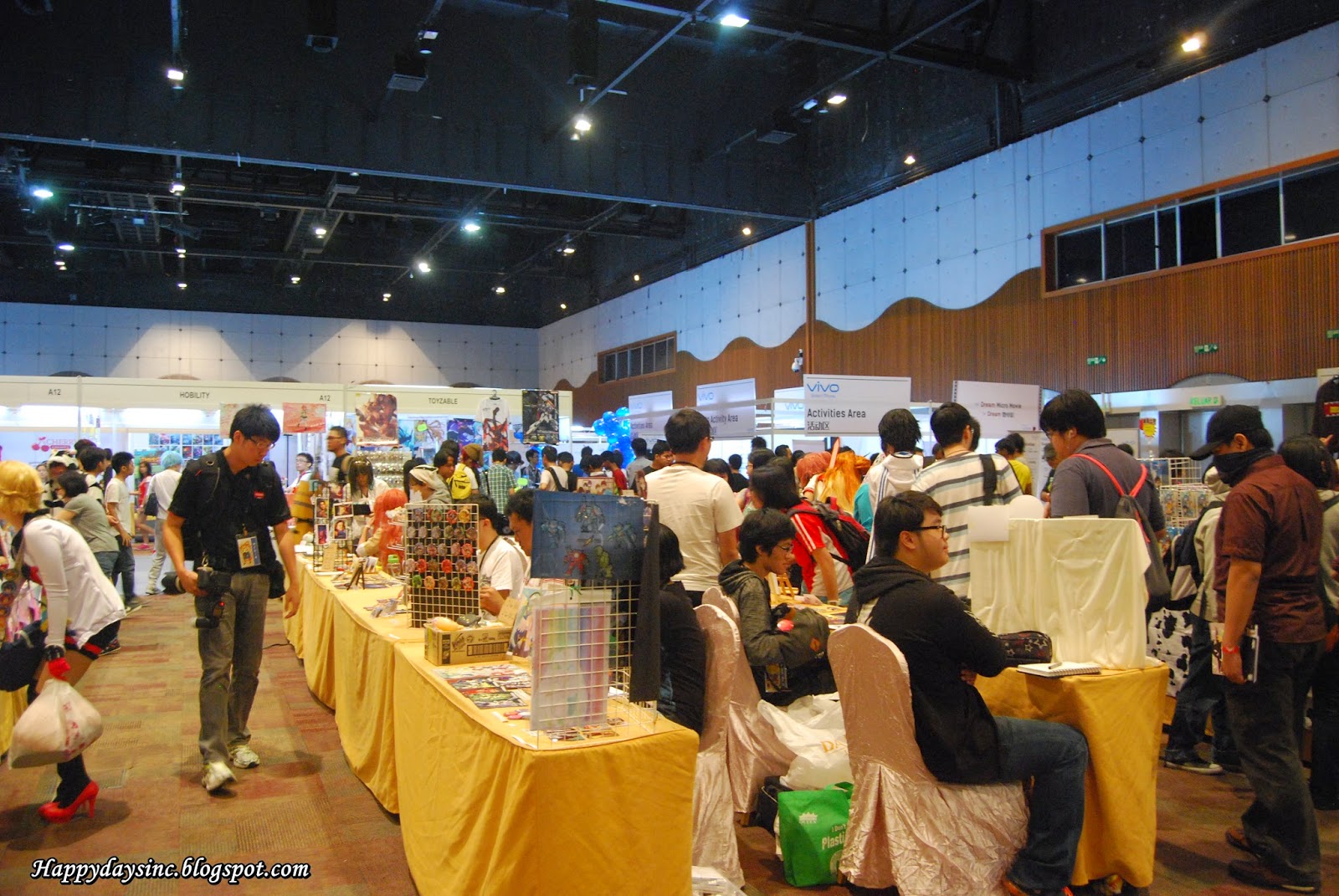 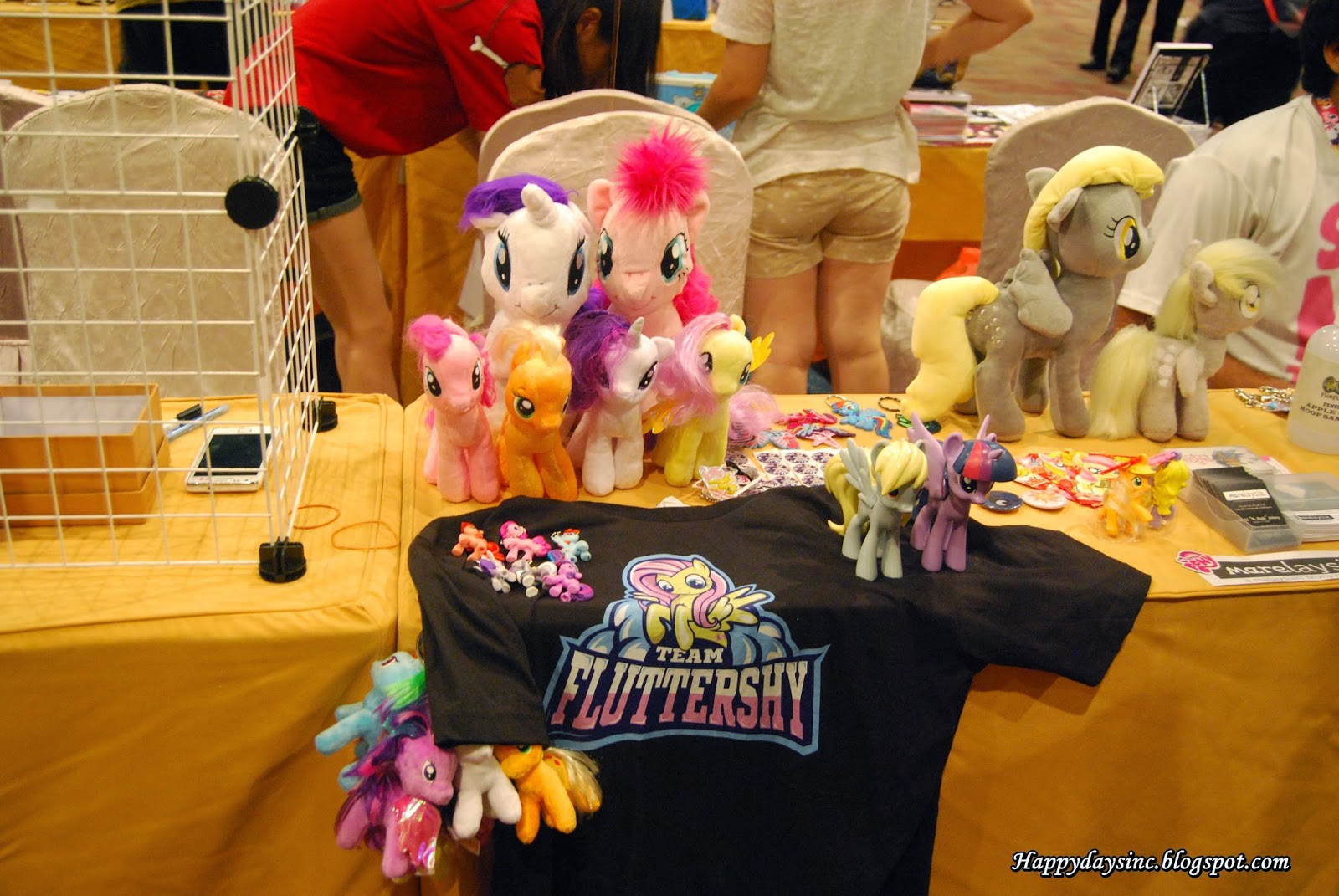 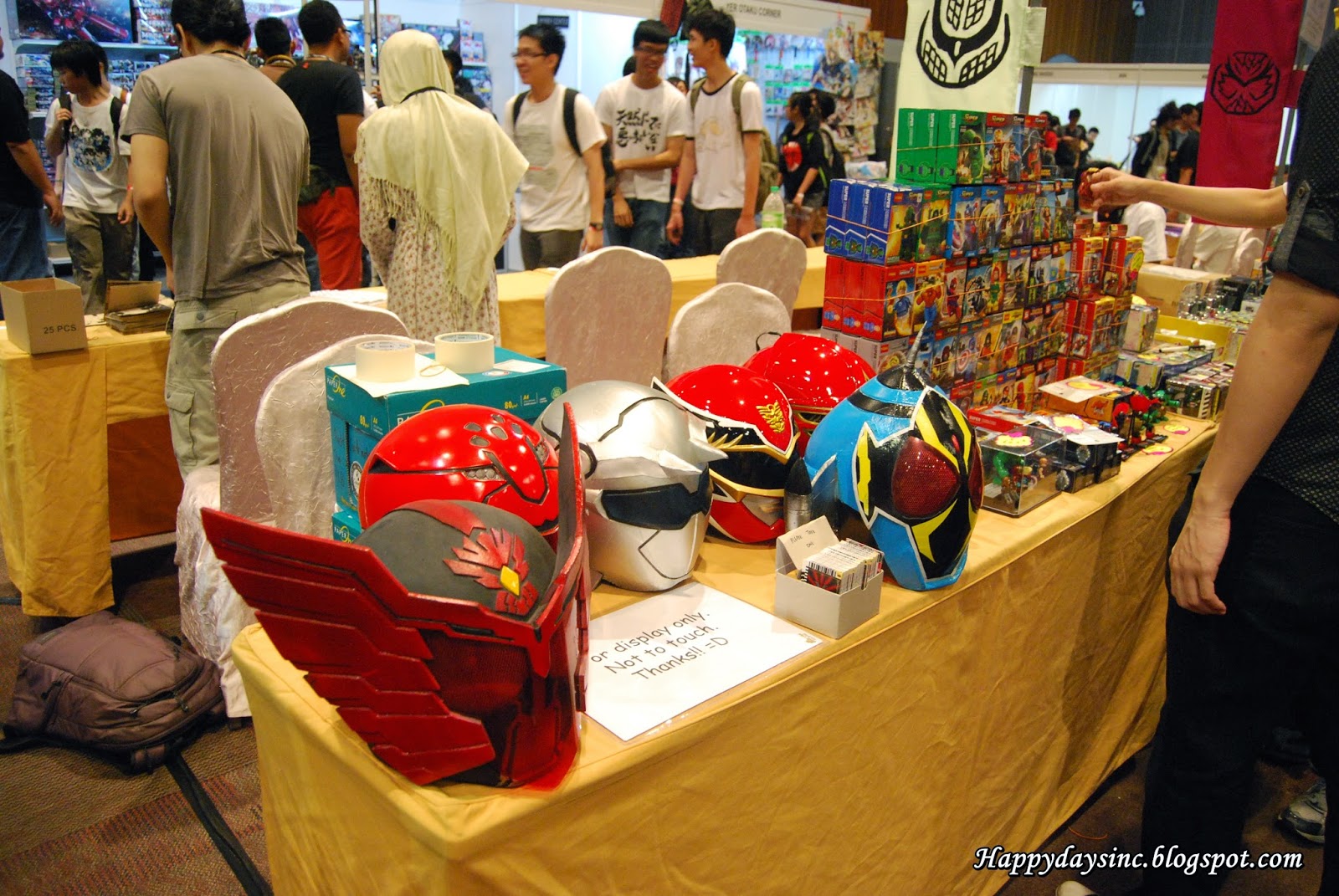 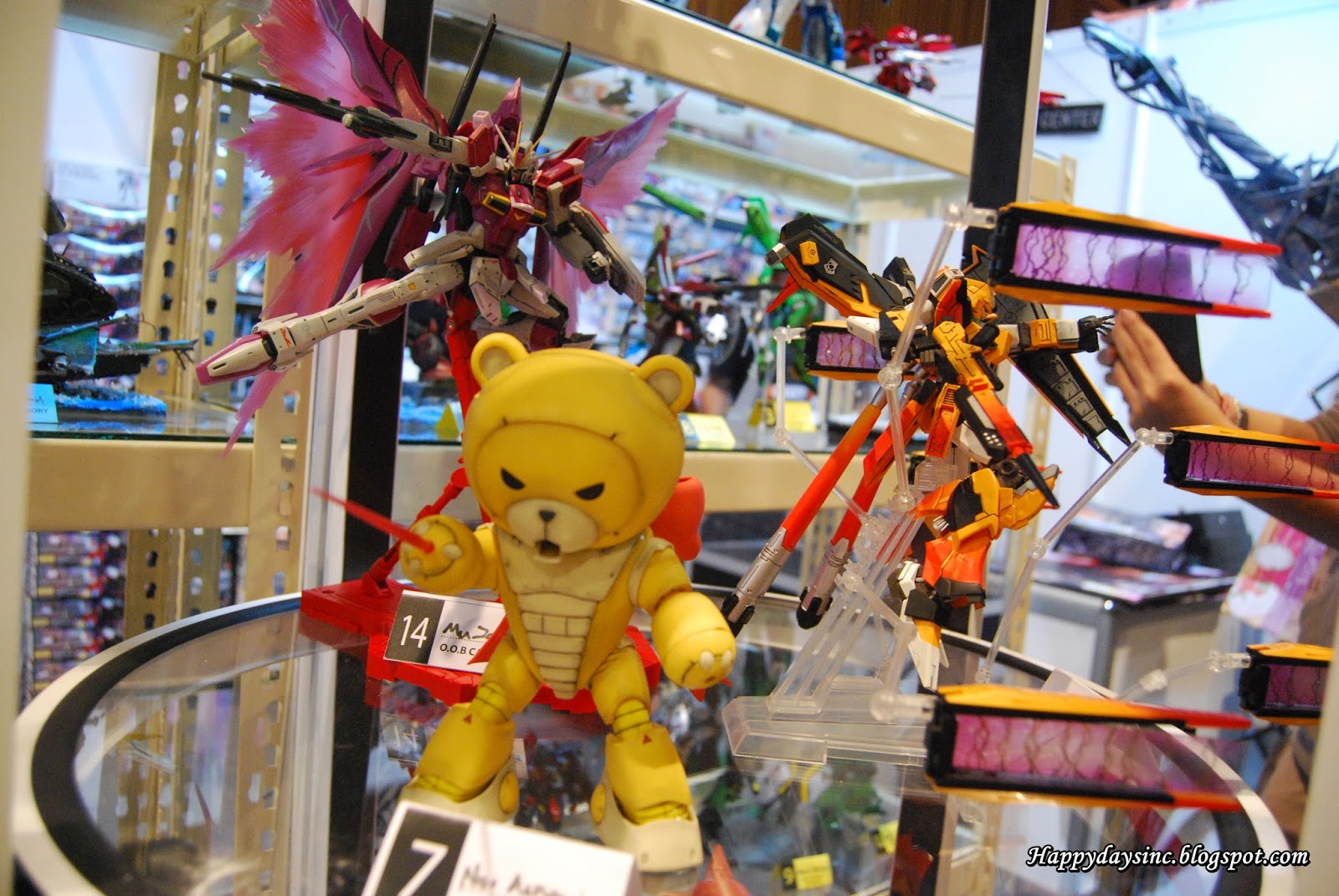 As one of the first people to enter the hall, I immediately scouted out what I wanted and zoomed into a Pusheen plushie followed by an alpaca soft toy. In less than ten minutes since the start of Animangaki on Day 1, I had spent over 80 bucks. The weekend did not foreboded well for my purse.... 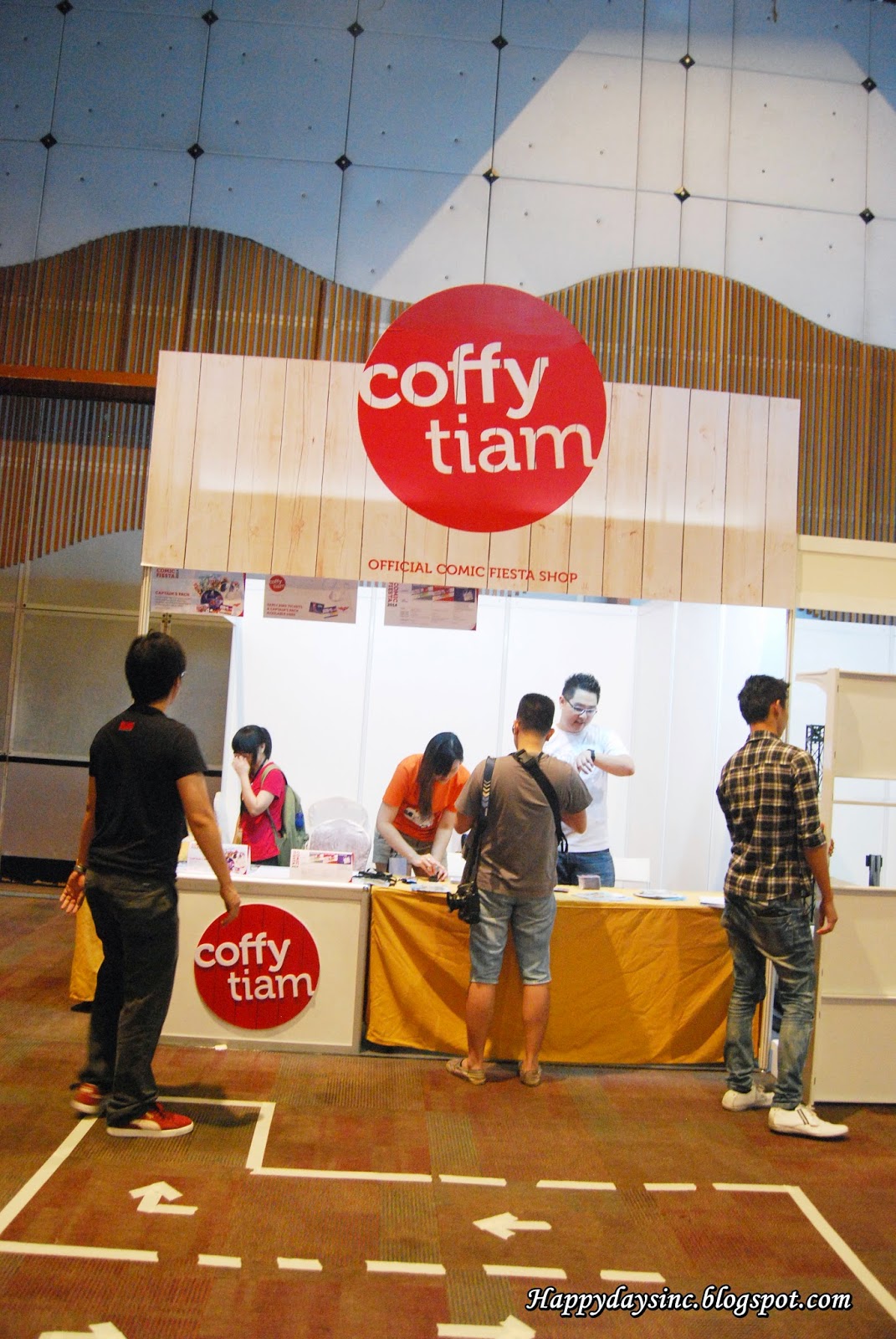 2. The Queues
The queue waiting for the doors to open and the queue waiting for the ticket counter to open was crazy. People were there since 8am (or earlier, I won't know. I had the media pass :p) and the doors only opened at 10am. The line extended well beyond the hall length and pass the ticketing counter and to accommodate the growing queue, the organizers resorted to snaking the queue to create more space. 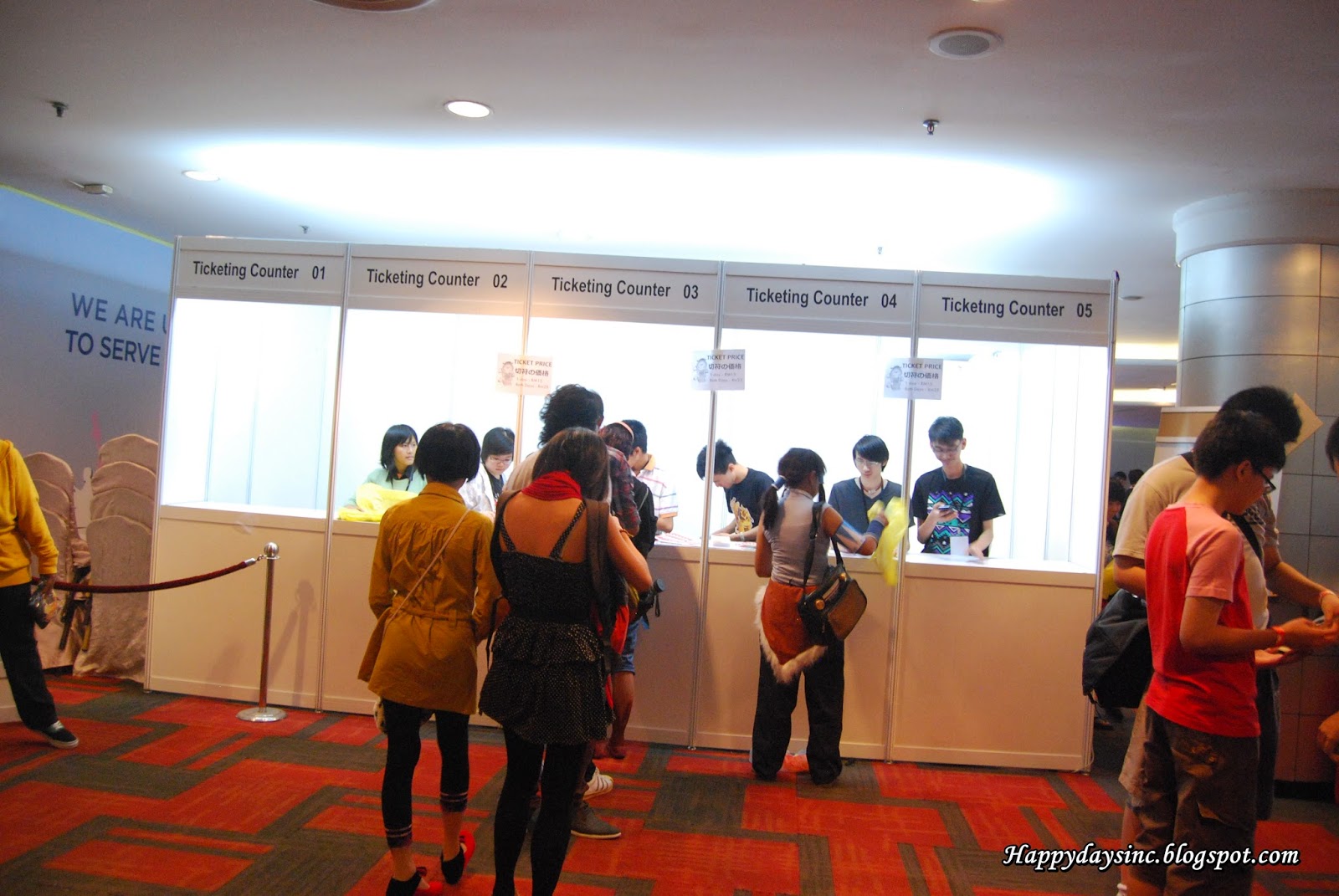 Hats off to the volunteers for managing the ticketing queue to ensure that it progressed smoothly and quickly. You can't see it in the photo above but there was actually a queue in the area on the left that stretched until the escalator to the convention. 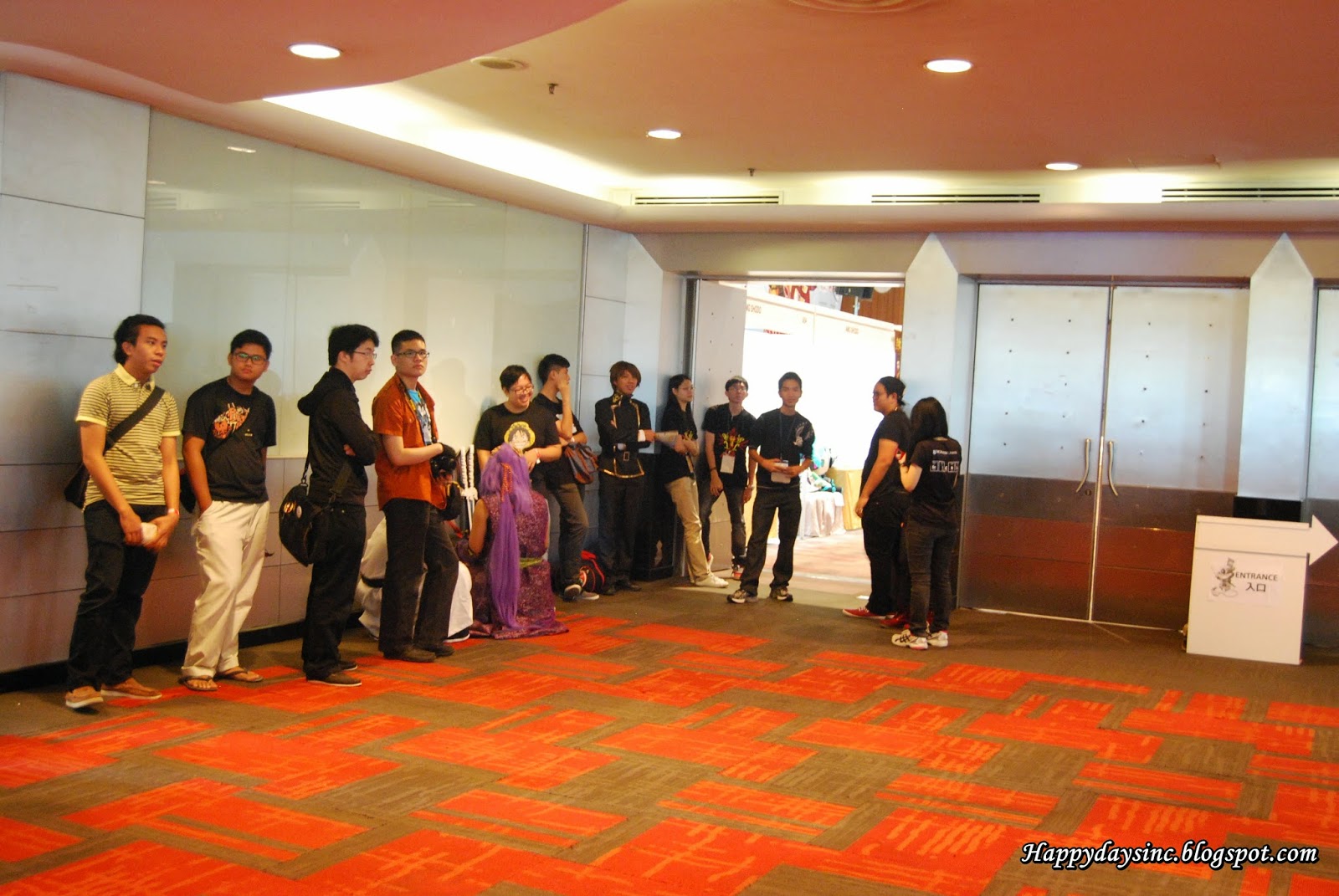 Even as the event was underway and the crowd quickly dispersed inside, the ticketing counter still commanded a line of its own outside for Day 2 ticket buys and curious tourists and shoppers (who probably experienced culture shock that day). 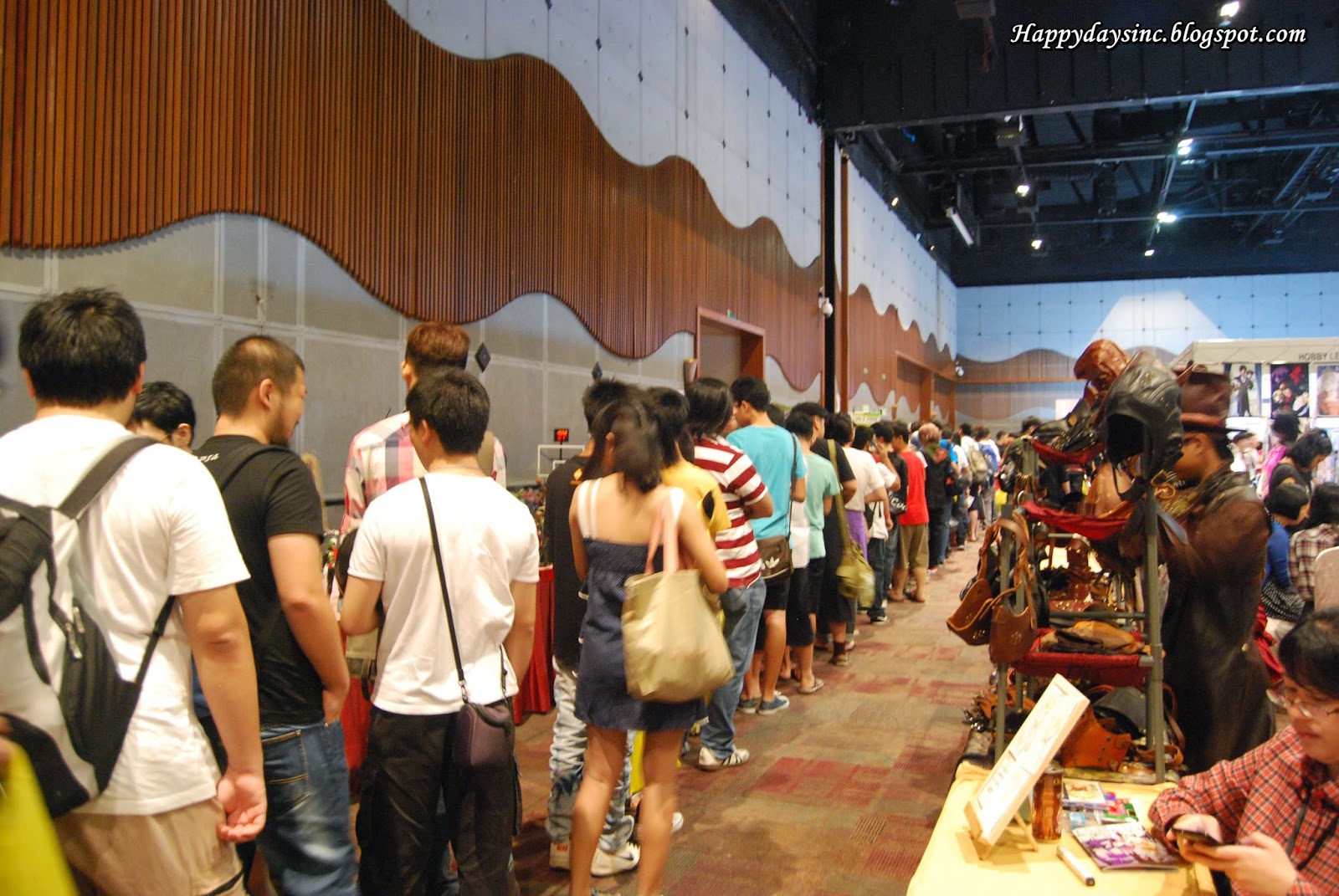 And don't get me started about the queue for the Comic Fiesta booth where everyone was trying to get early birds tickets.

3. Largest Display of Toys, Figurines, and Collectibles in Malaysia!
Ambitious but not impossible. With 25 long tables joined up along the length of the hall inside, the entire display of figures, toys and collectibles from all sorts of anime, games, cartoons and franchises ran near the stage to the back of the hall. 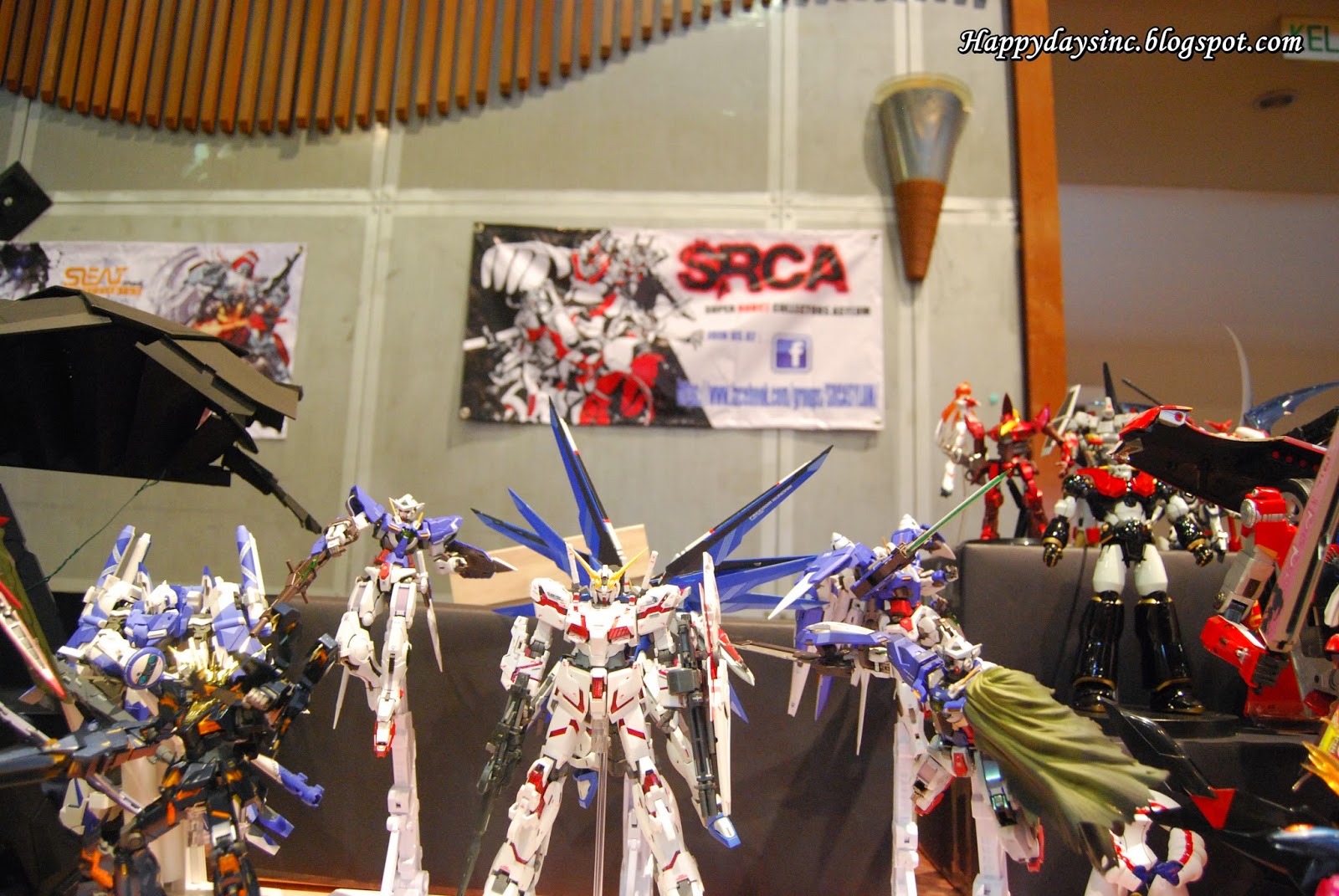 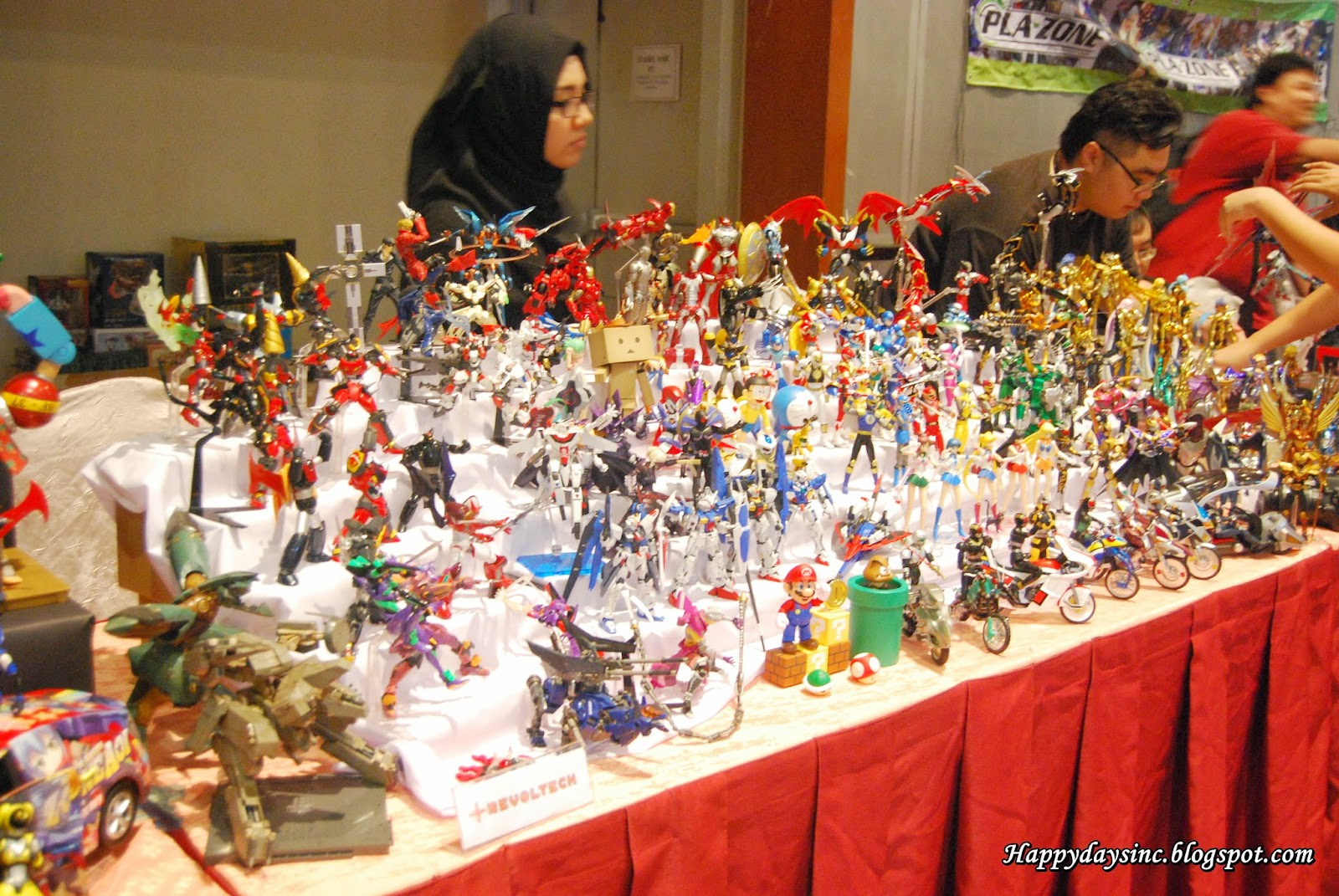 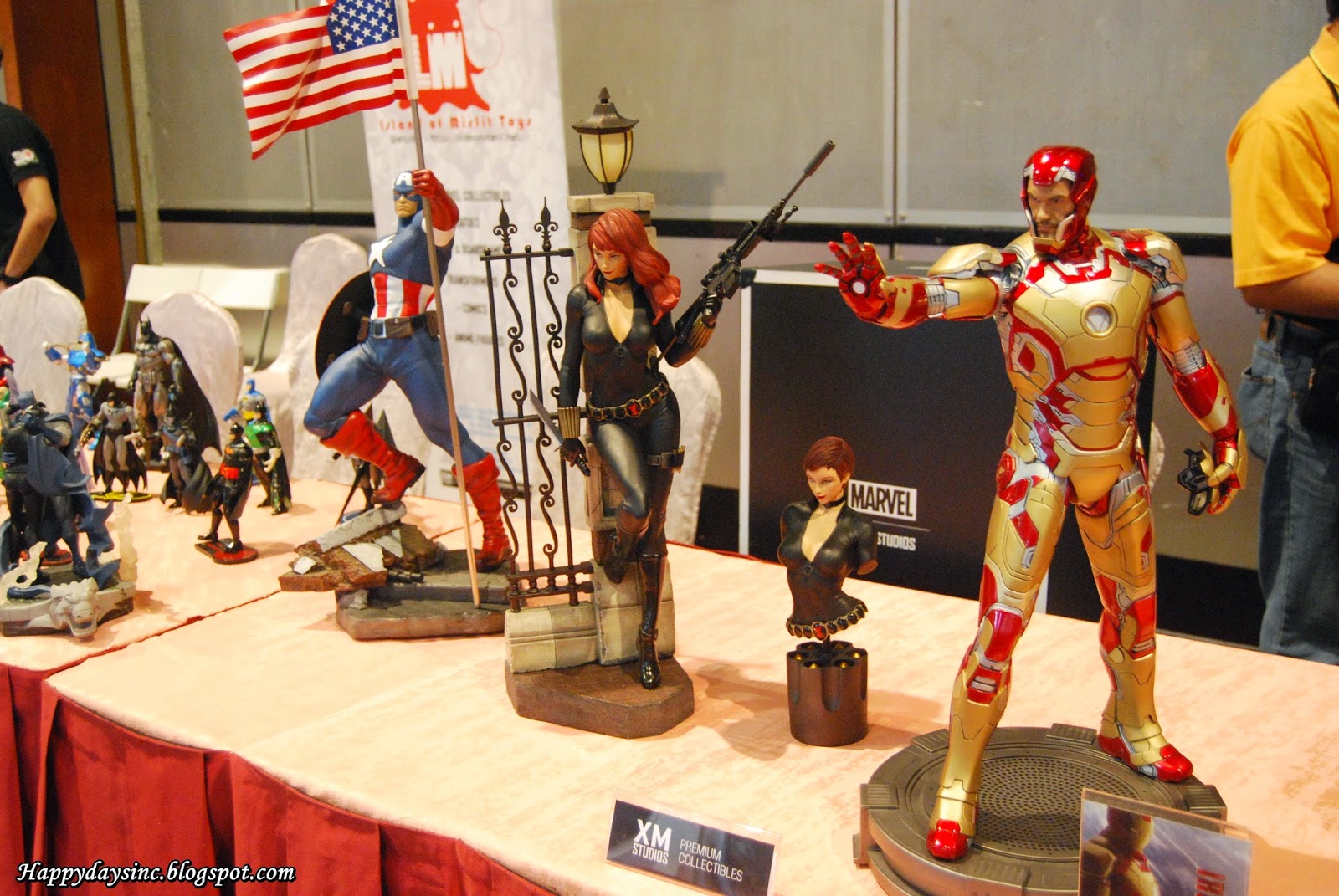 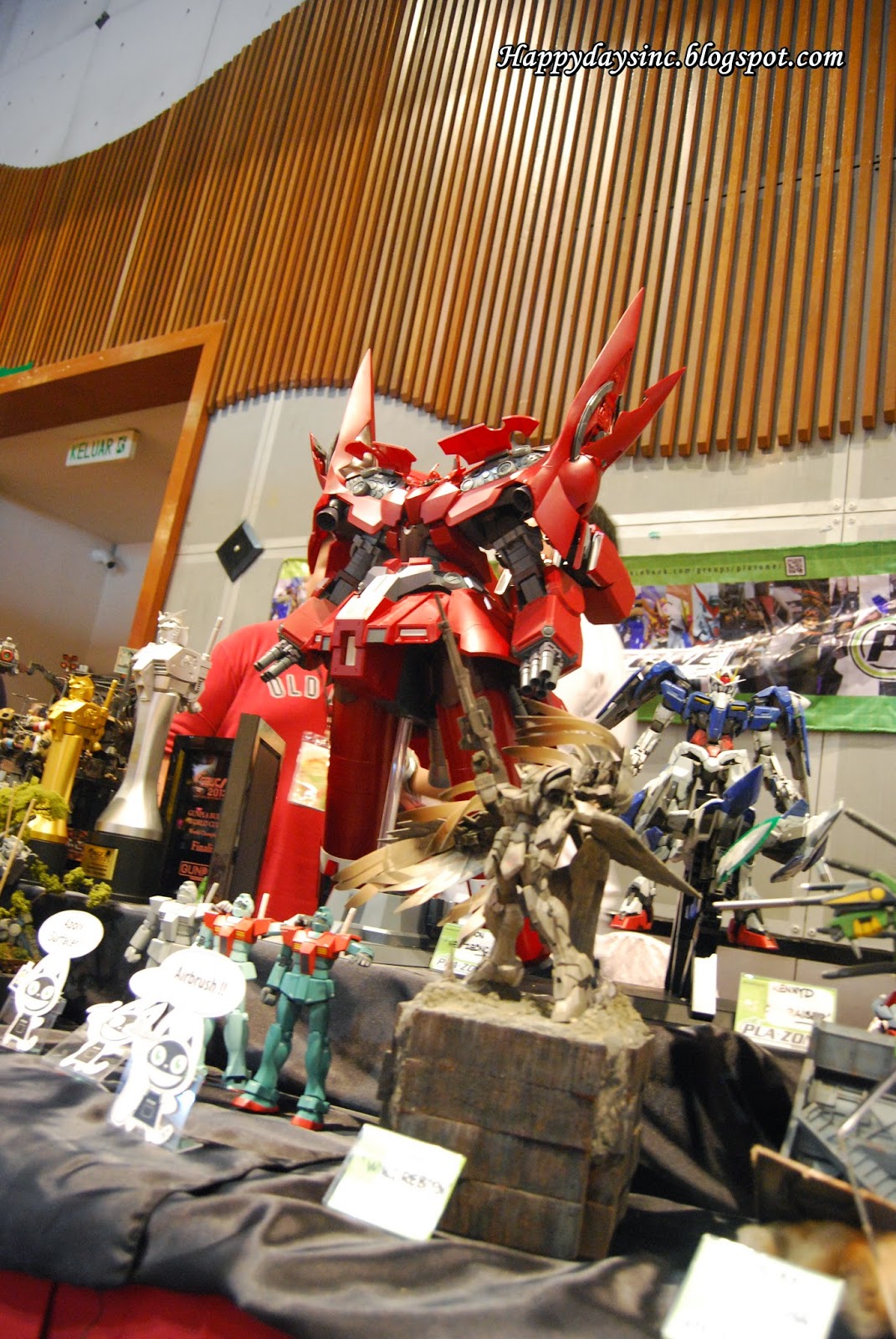 The entire display was a combined effort of avid collectors around Malaysia stretching from Gundams to Transforners, DC Heroes to Marvel, Victorian dolls to Star Wars to name a few. Whether this was enough to make it into the Malaysia Book Of Records, we'll find out later. 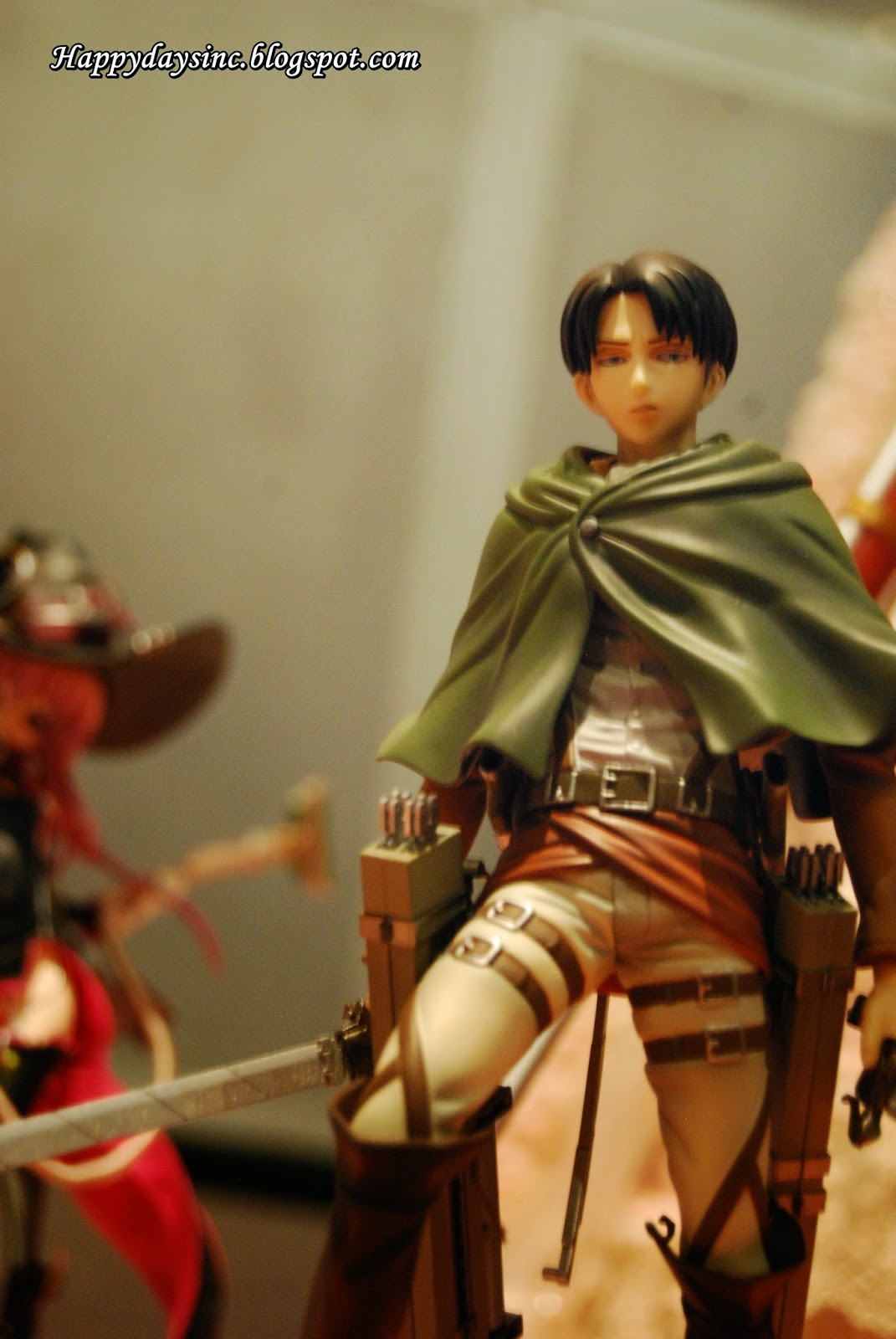 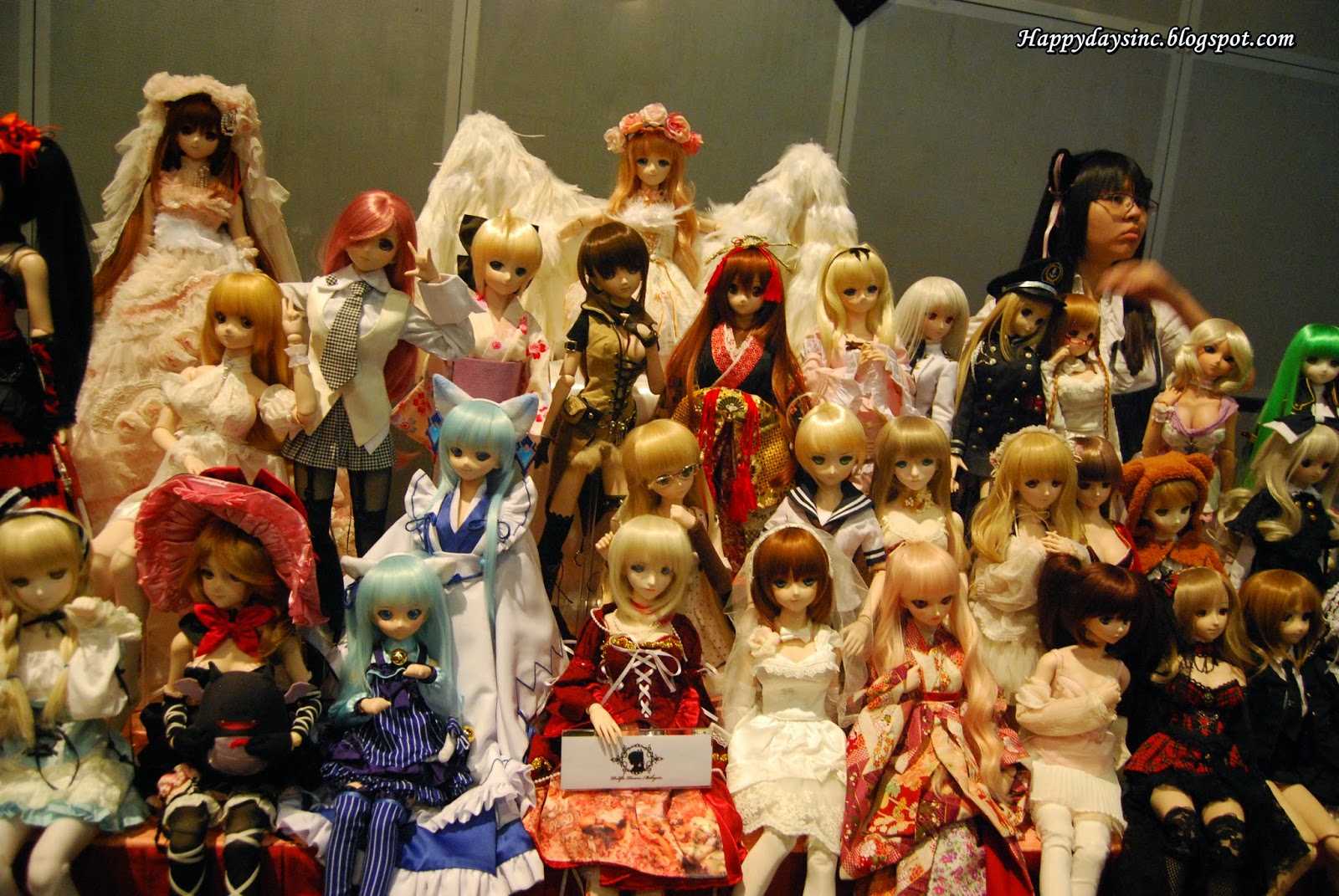 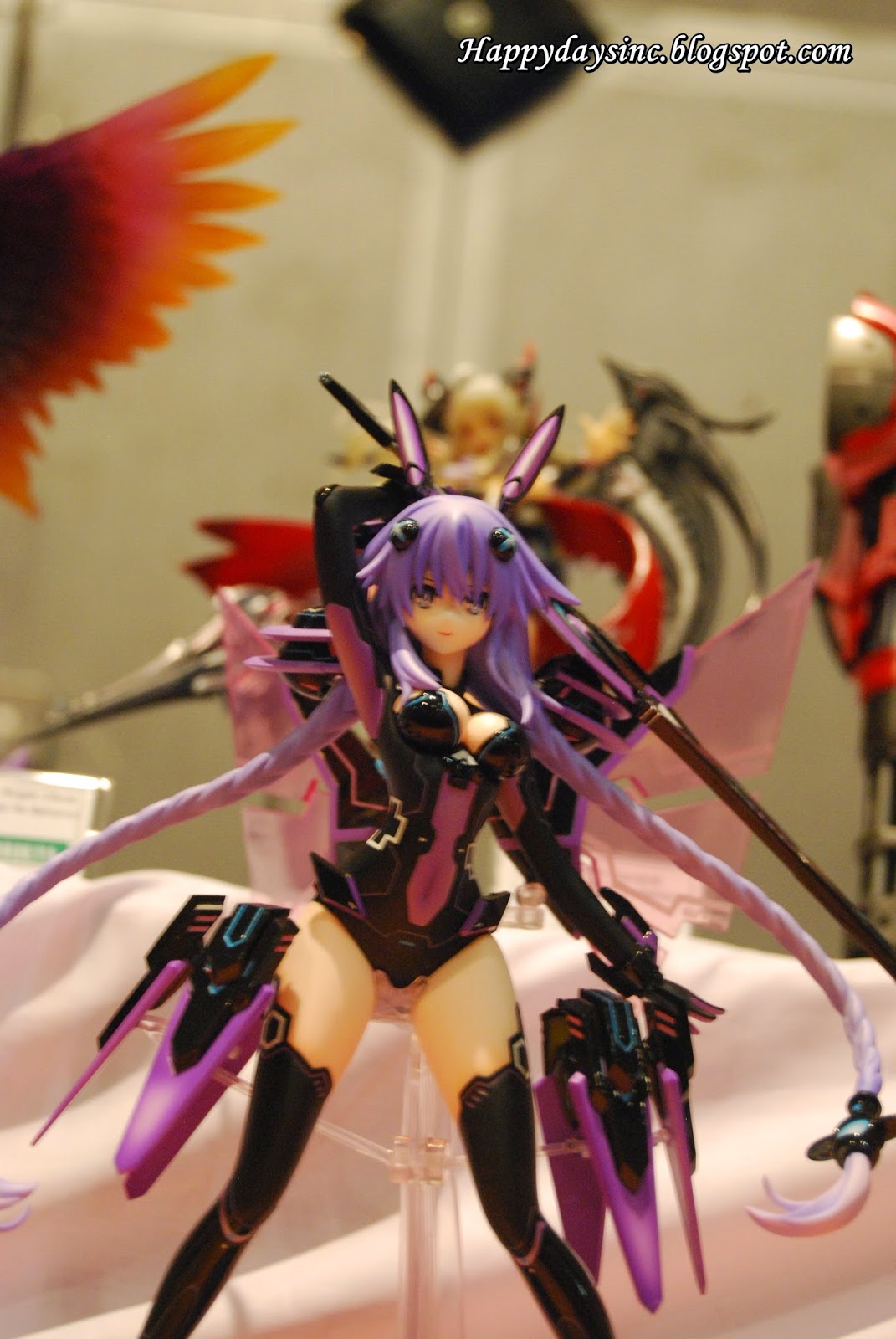 4.Performances
Of course what would a convention and a gathering of anime and gaming fans without the opening or ending music? Throughout the entire two days the performers, singers and bands took to the stage and performed sets of familiar songs and compositions that were nostalgic and adrenaline-pumping for the crowd. If names like Crestfall, Fantasy* and Project Closer didn't ring any bells before Animangaki, they should now with the impressive performances they put up. 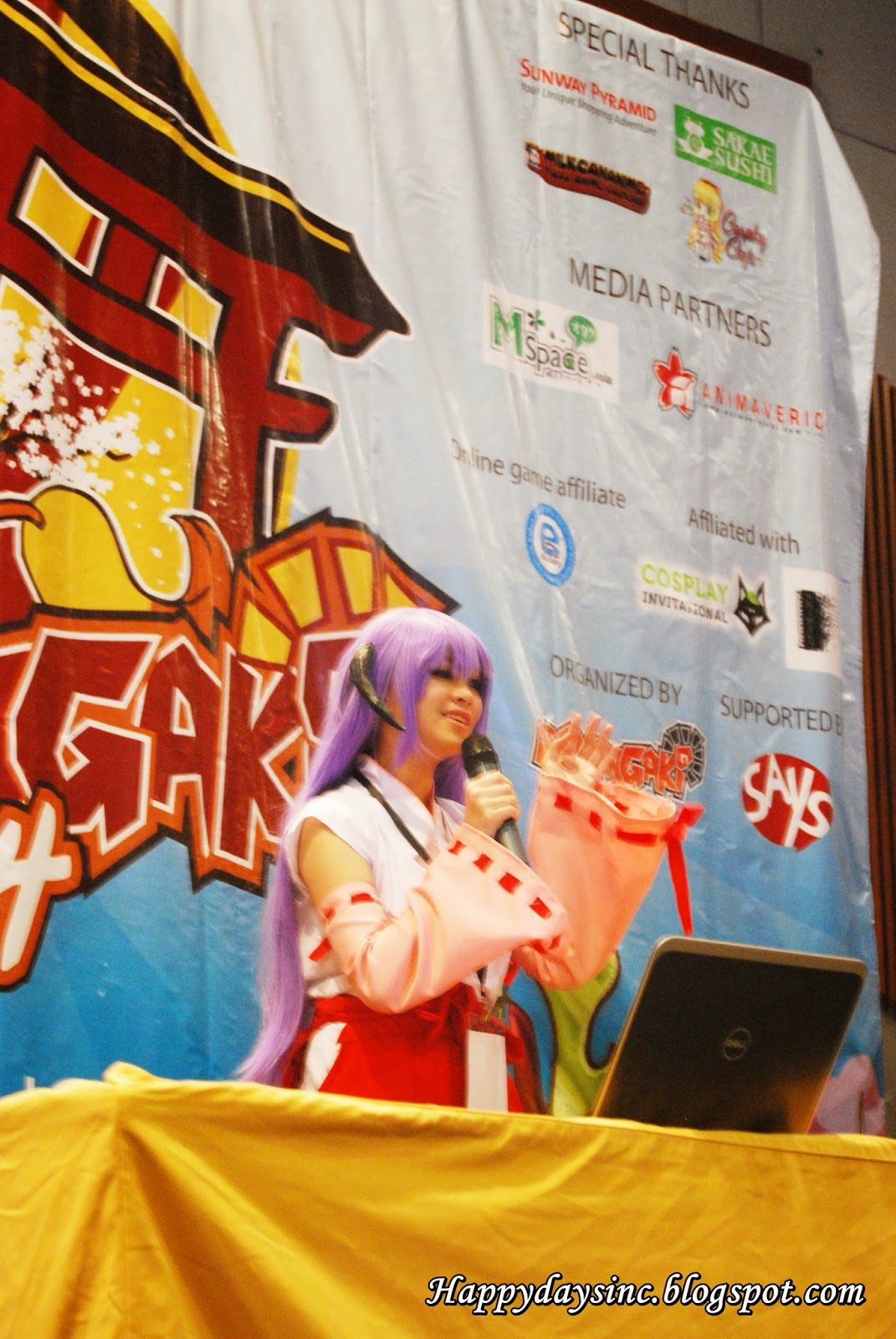 Aminangaki Idol drew a lot of talented singers who proceeded to wow the judges with their Japanese song choices and vocals. Of course, only the best proceeded to the final the following day. 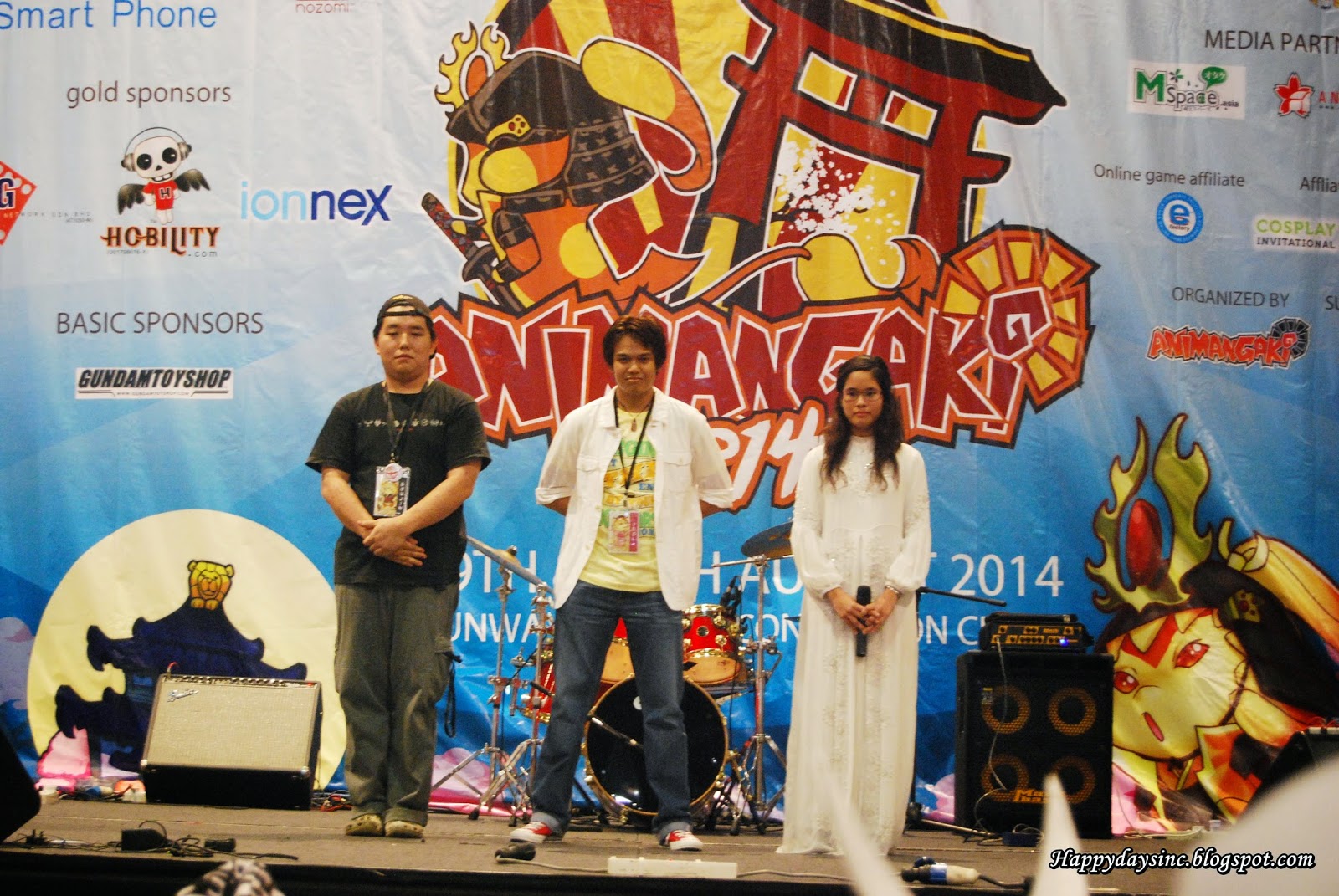 As an added bonus, Youtube pianist, Animenz too made an appearance as a special guest performer. The dude, well known for his piano arrangements for classical tunes from Studio Ghibli to the latest anime soundtracks, has covered songs like Guren no Yumiya from Attack on Titan and This Game from No Game No Life. 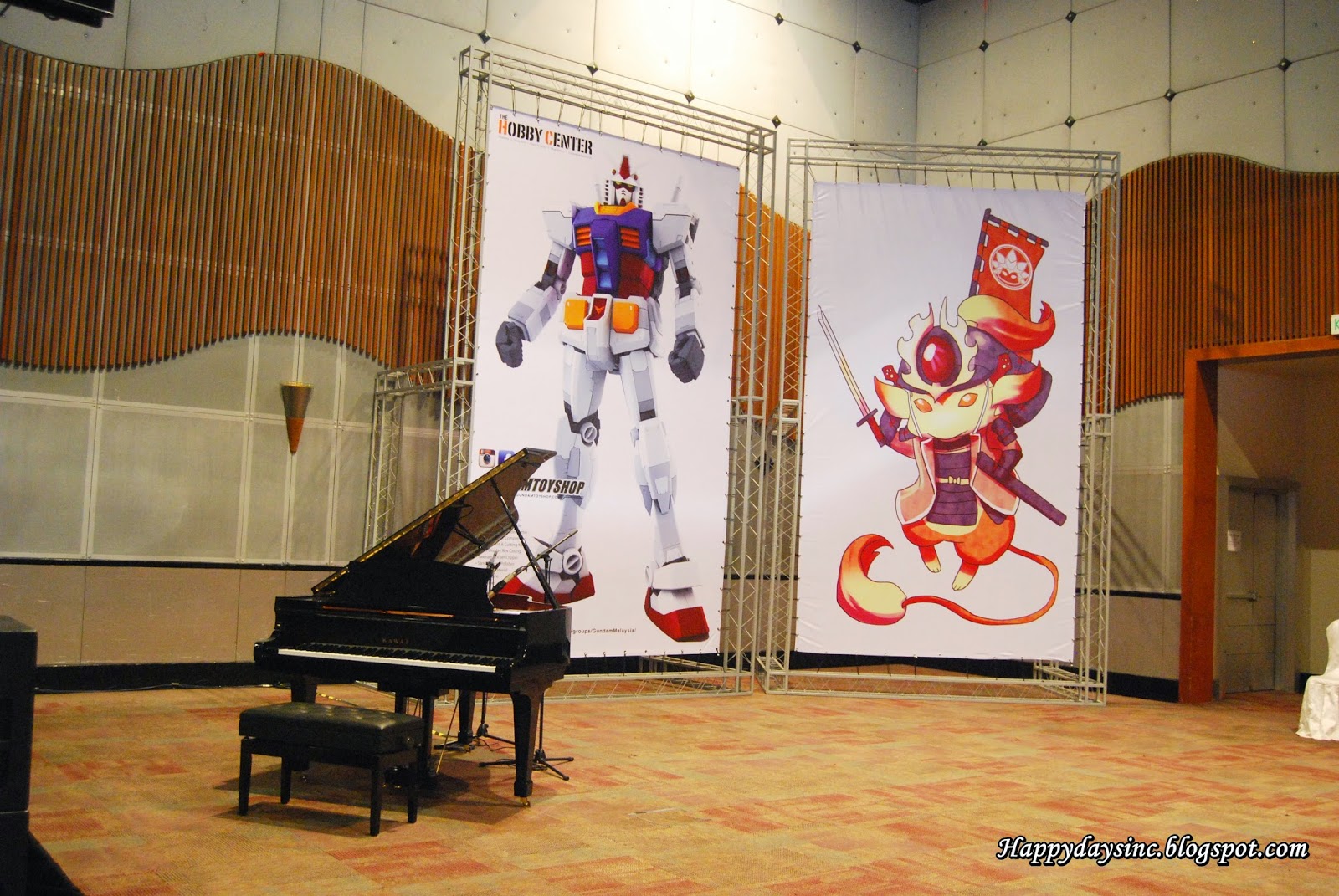 His cover of Guren no Yumiya has been viewed over 2 million times on Youtube and can be viewed here. So to have him at the event and even have an evening concert for the fans to watching him play in person was just a great privilege for this event.

5. Cosplayers
If the first four highlights didn't impress you, this one might. Cosplayers are synonym with events like Animangaki and Comic Fiesta and their outfits, year after year after year, never ceased to amaze me. From make-up to costume to character mannerism and poses, these cosplayers hold nothing back for their passion in embodying their beloved anime or game characters. And I am just talking about the attending cosplayers and not yet about the invited guests (which will be in my next post) 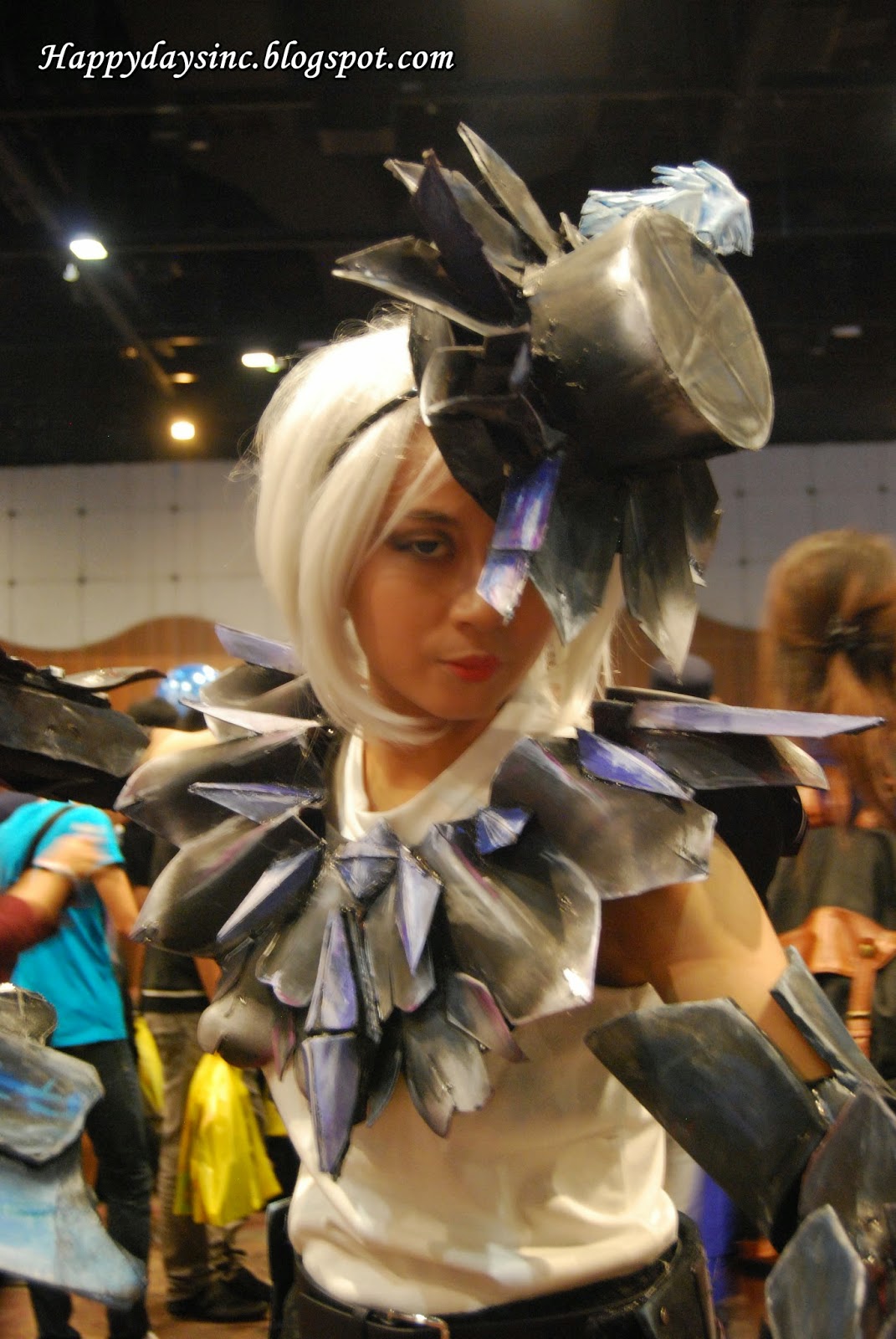 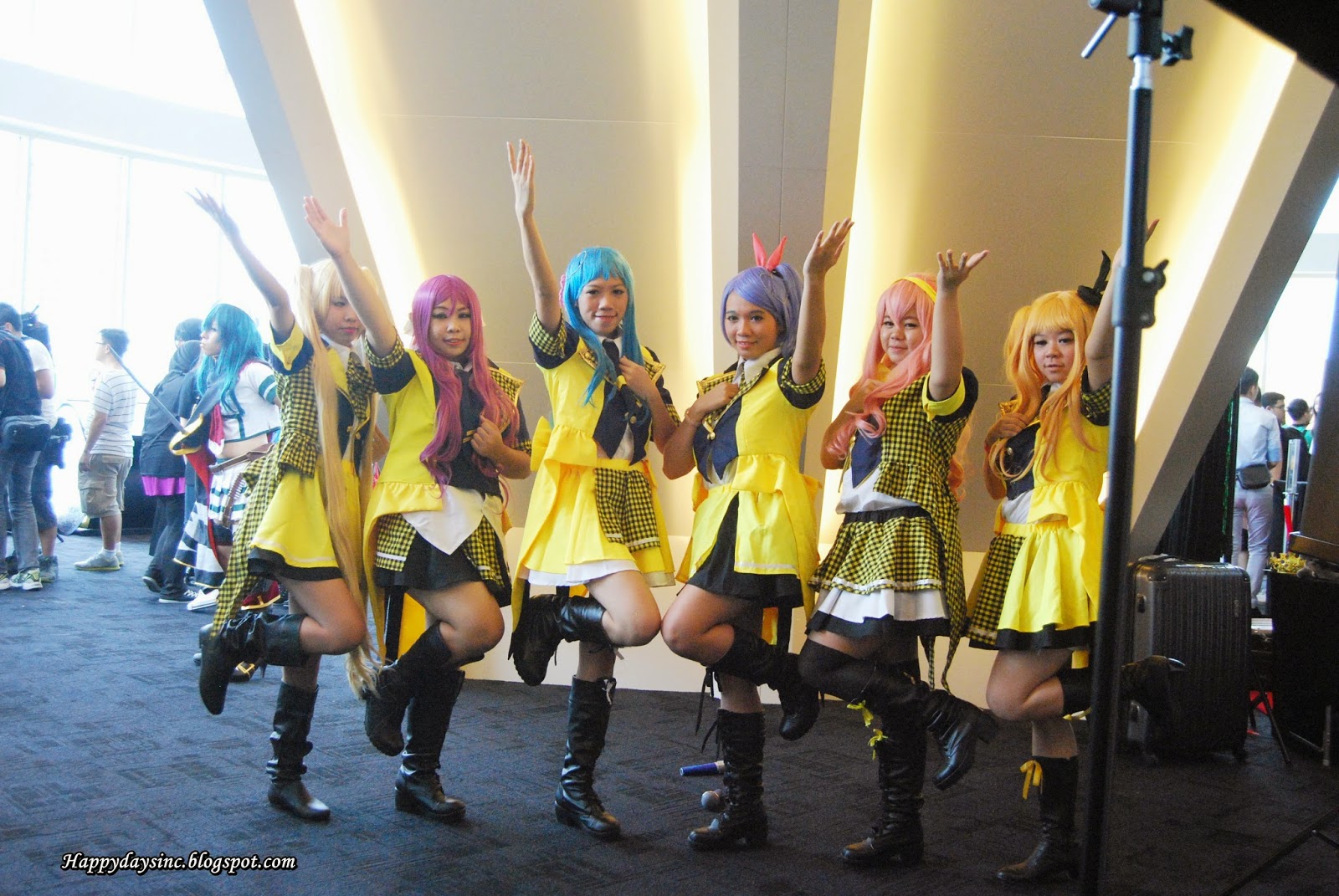 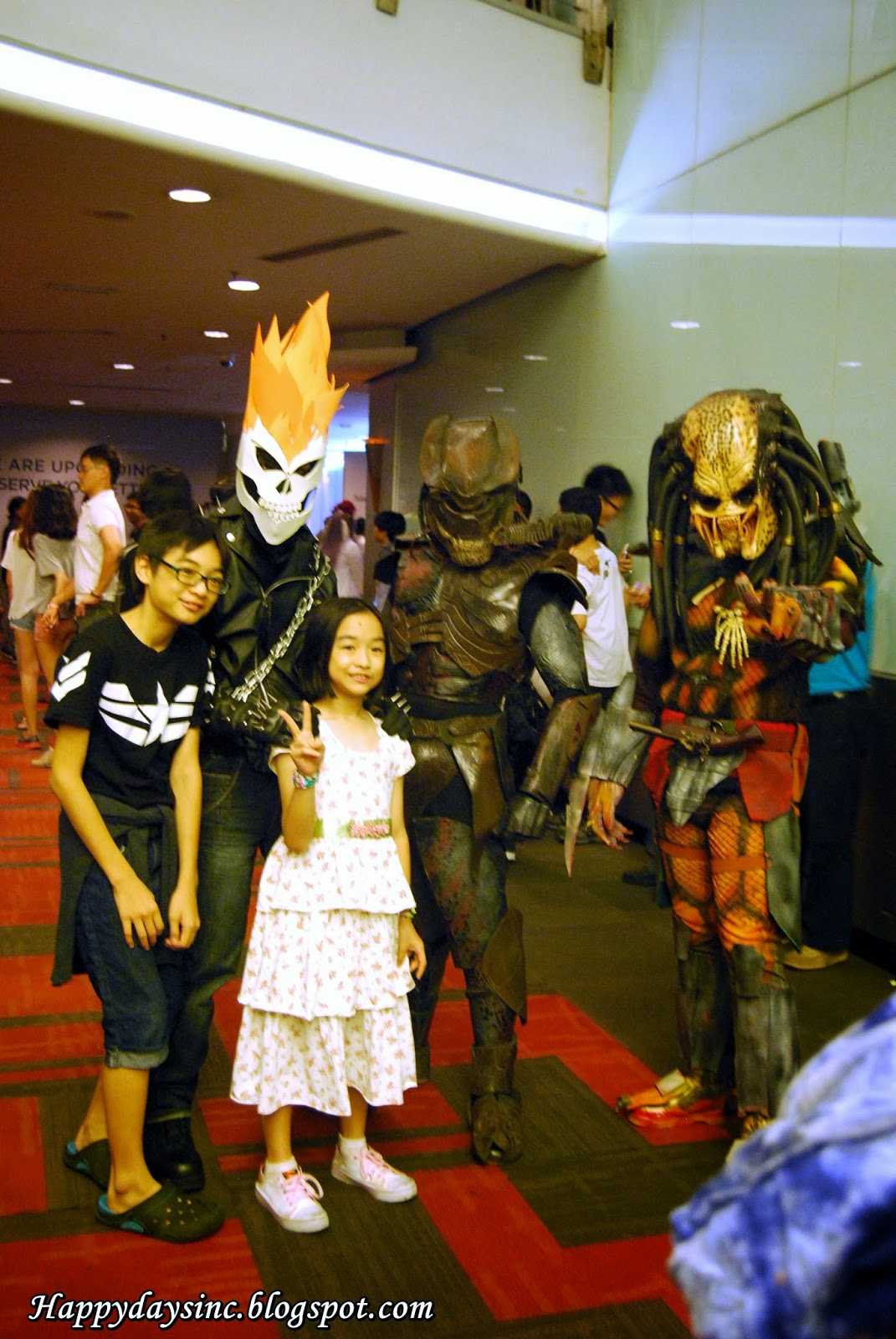 A cosplay competition was held in which the winner will automatically get to join Cosplay Invitational at Comic Fiesta 2014, a contest where only the best of the best gets to compete and stand a chance of winning RM5000. Participants were given selected themes to choose from which they had to act out and with a humour performance, it looks like we'll be seeing the Samurai Unicorn group at Cosplay Invitational this year. I can't wait!

With their Ninja meets Iron Man in the future skit, it was a sure win. Sure the other groups were good but they paled in comparison to Samurai Unicorn's original skit. I wished I took a video of it (T_T)

So these are my highlights for Day 1. If I hadn't had to leave early to prepare for the Energizer Night Run that day, I would have stayed for the whole thing. 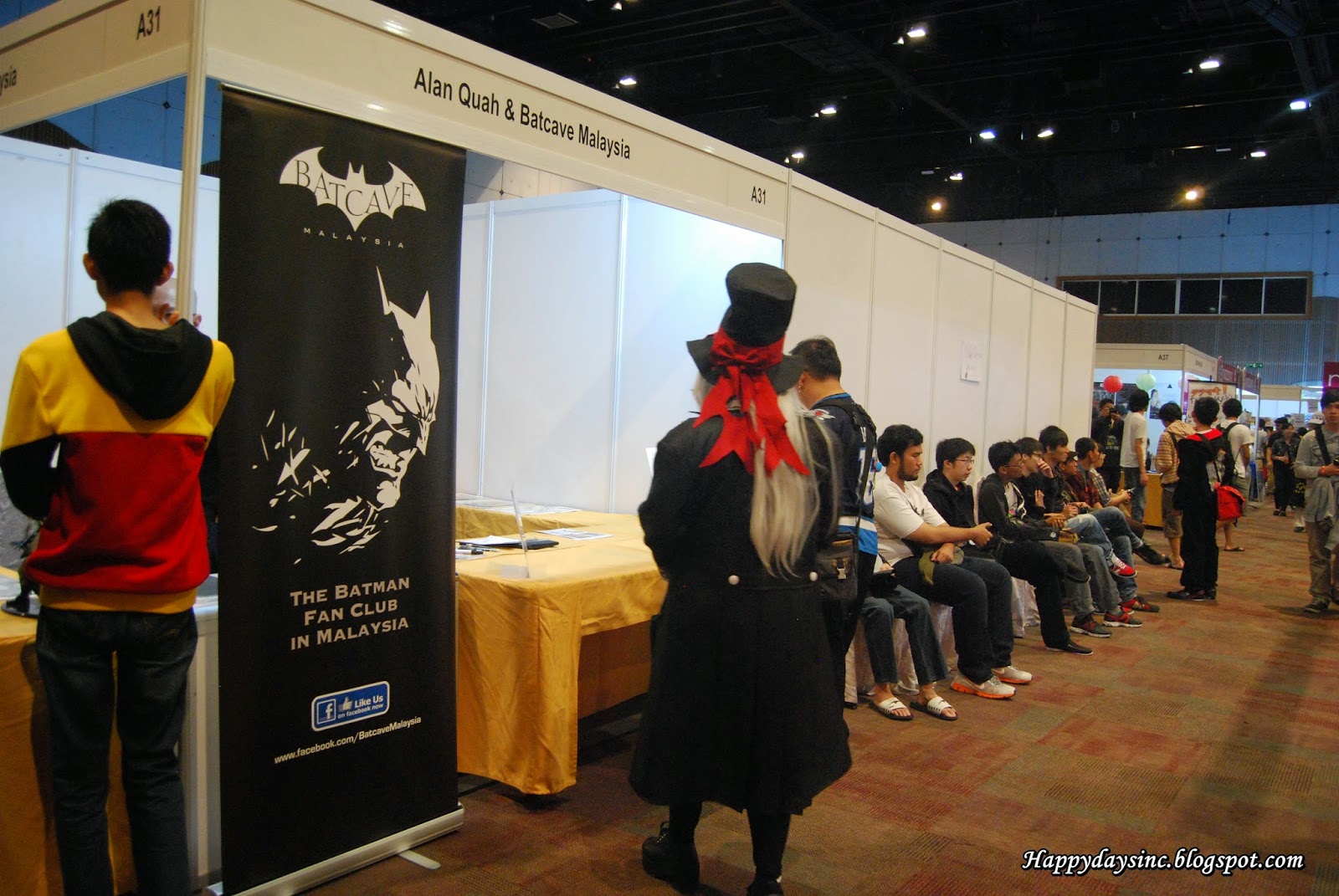 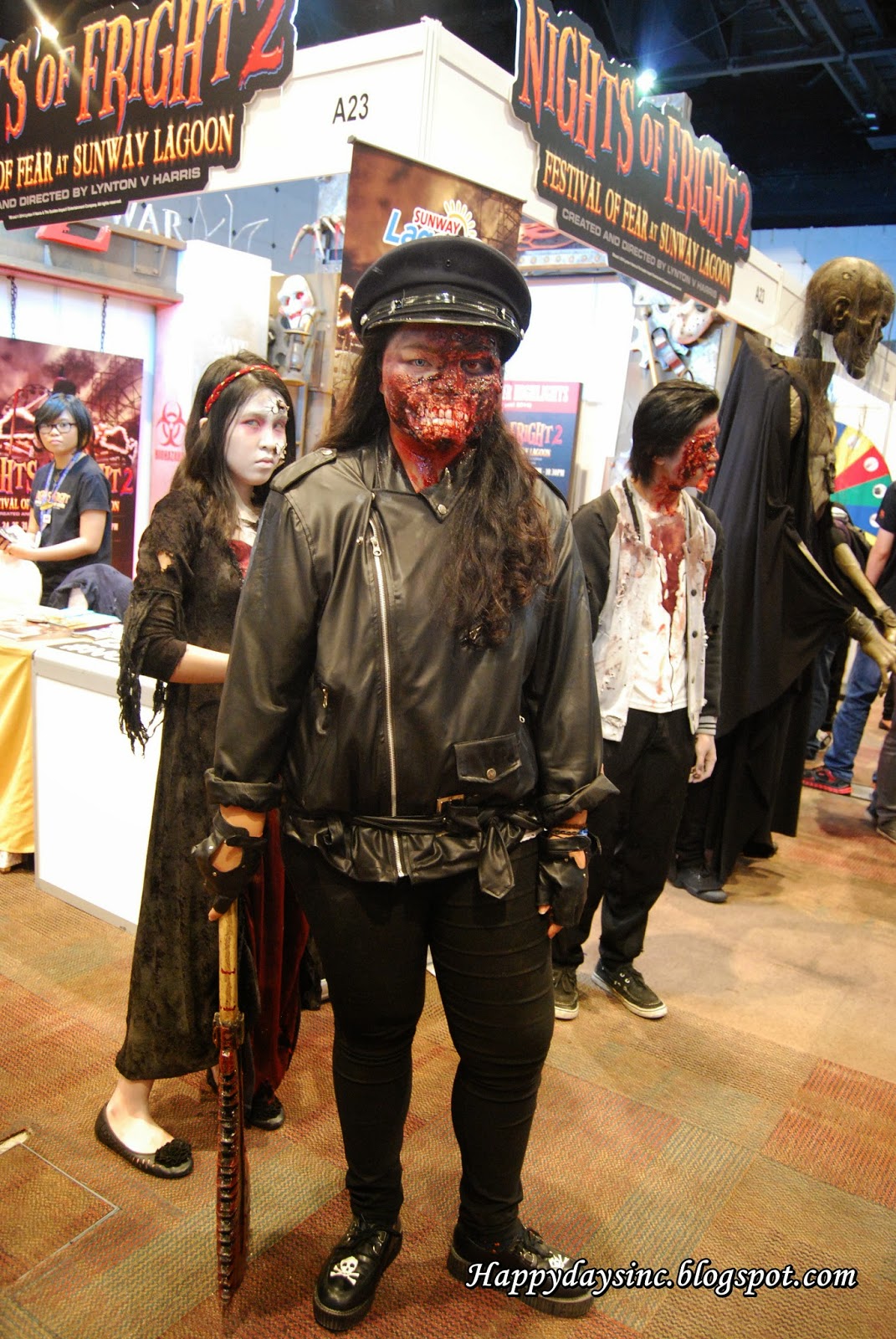 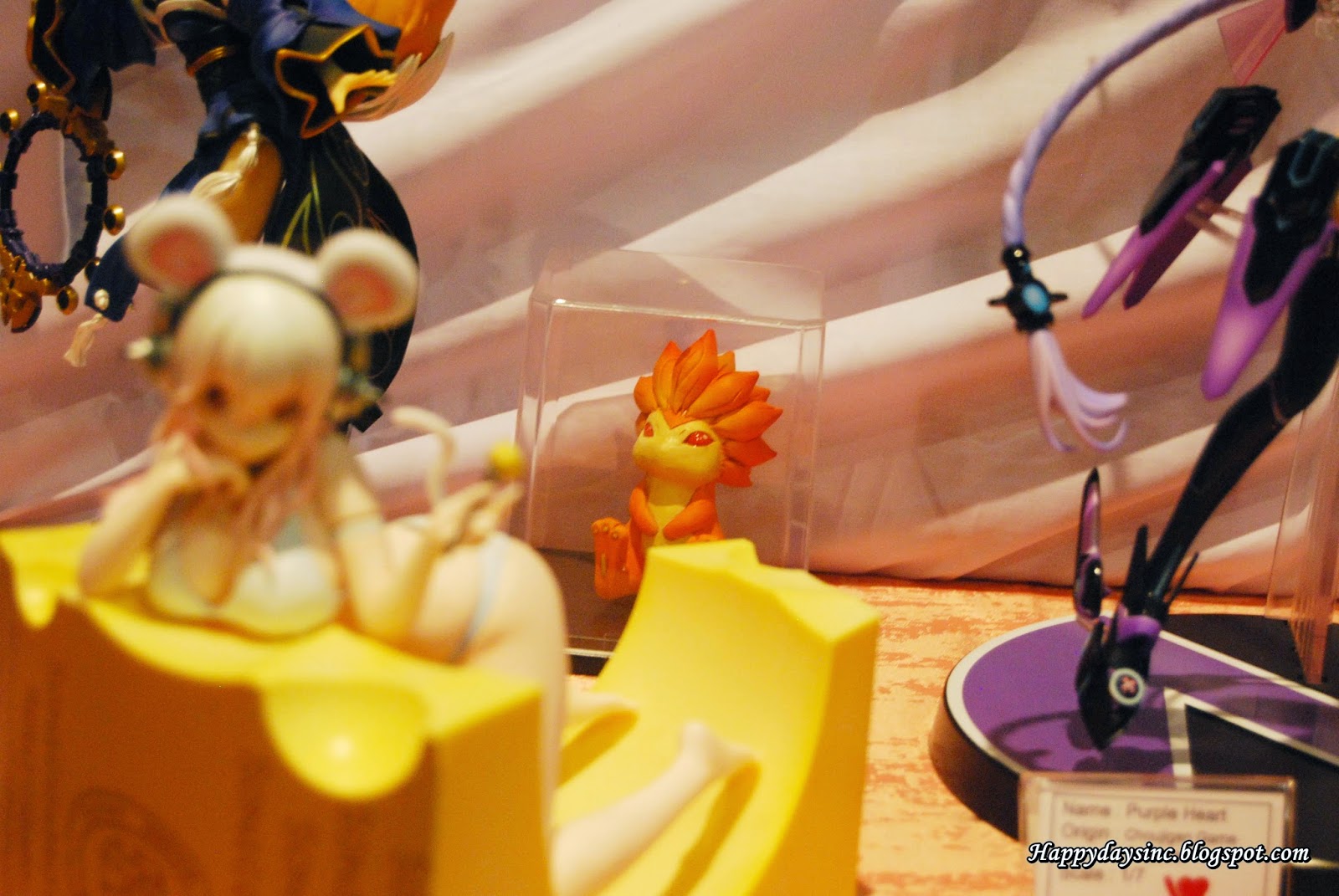 Many thanks to organizers for letting me cover the event on my blog.

*Post was written while listening to the Gundam Seed soundtrack because Fantasy's rendition of Mizu No Akashi at Animangaki got me in that nostalgic mood.
Posted by Tania at 11:56 PM