Day 2 of Animangaki 2014 and I was beat. After a whole day of being on my feet on Day 1, got my butt kicked at the Energizer Night Run by dehydration and getting up super early for Spartan training with the team, I was sure all feelings in my legs was imaginary.

But by some miracle/determination, I summoned up all my last remaining energy and its reserves and got myself to Sunway Pyramid for the second day of Animangaki...somehow. 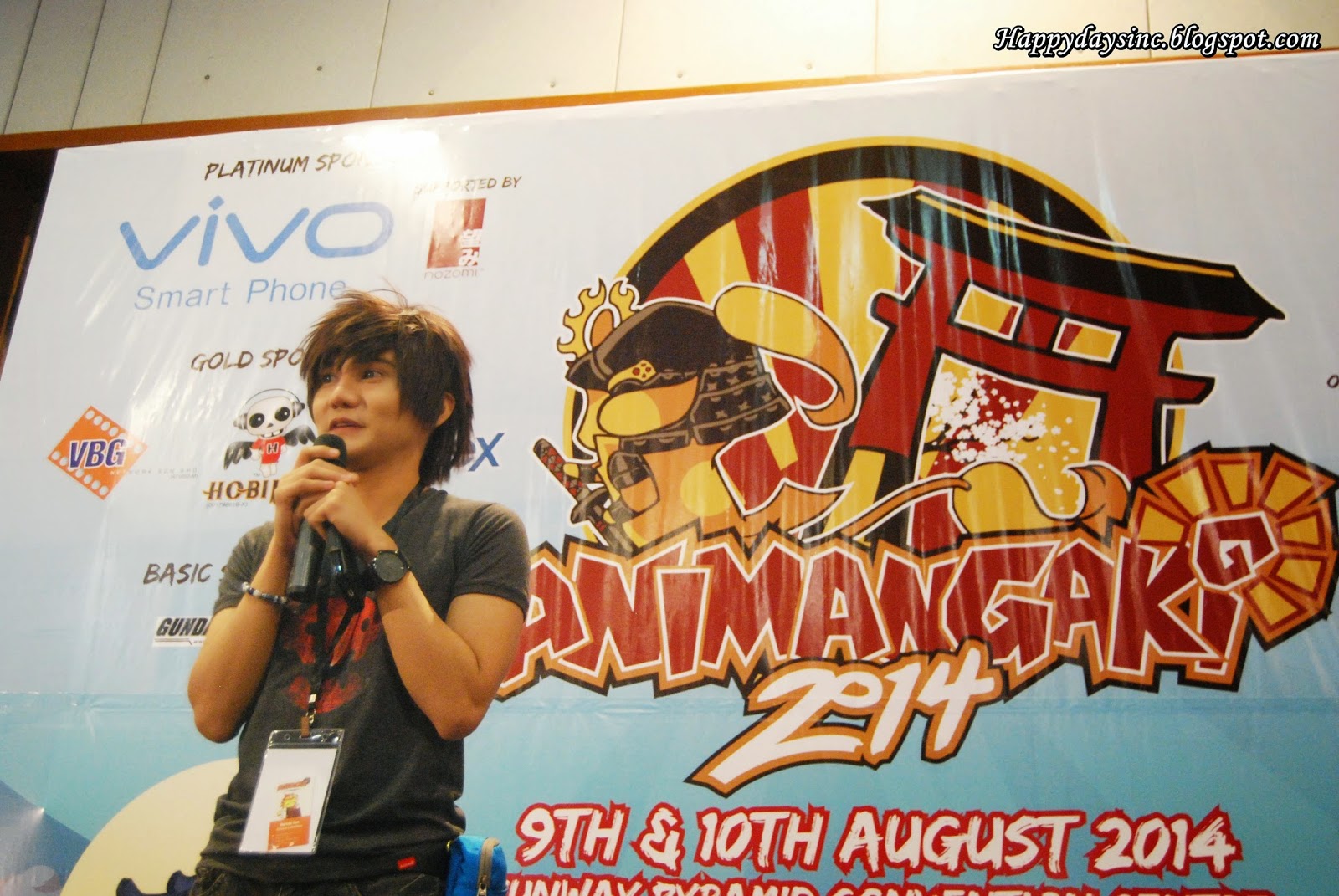 And if it was even possible, there was even more to see, do and look forward to on Day 2. Here are my highlights.

The ever amazing international cosplayer, Stayxxxx from Taiwan was at Animangaki on both days, mingling with the crowd and also as one of the three judges for the Cosplay competition that would determine who would be invited to Comic Fiesta's Cosplay Invitational this year. She cosplayed as Houka Inumuta from "Kill la Kill" on Day 1 and as Drocell from "Kuroshitsuji" on Day 2. 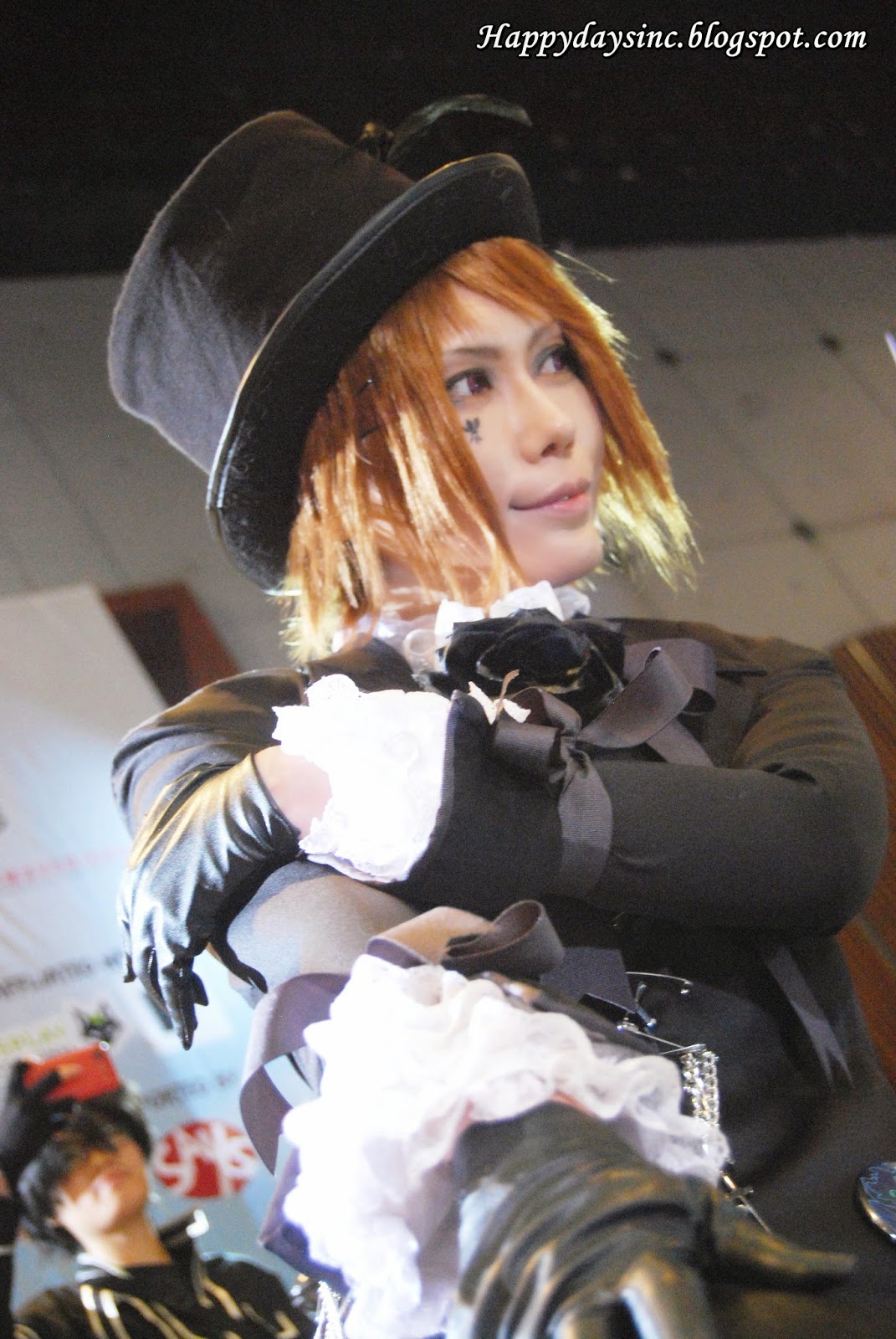 Day 2 goers got the chance to see her up-close as an interview was conducted with Stayxxxx with translation done by Loke (an amazing local cosplayer) as Kirito from Sword Art Online. Ever ready for the camera and with an amazing ability to multitask, Stayxxxx proved herself to be a woman of many talents as she gracefully answered the interview questions, some of which that was posed by her fans via online while striking a pose for the horde of cameras now and then. 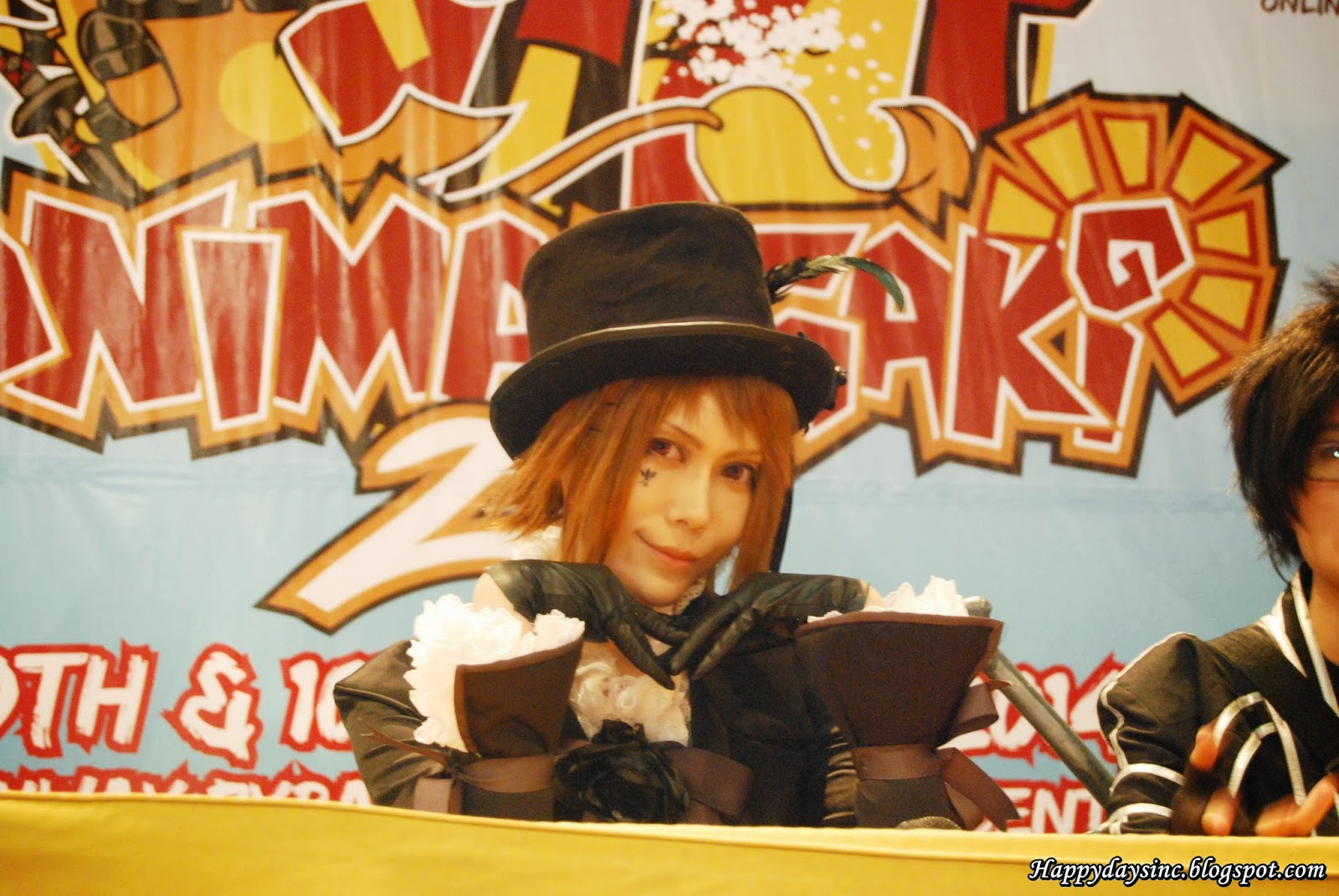 She was even sporting enough to step up to the edge of the stage and struck more poses for our hungry lens. I must applaud the Animangaki organizers for allowing the special guests some freedom to interact with the fans. It made the event so much more meaningful for both the guests and the fans to enjoy each other's presence. And the best part was, Stayxxxx insisted on a selfie with the crowd and your truly was right smack in front. Can you spot me? 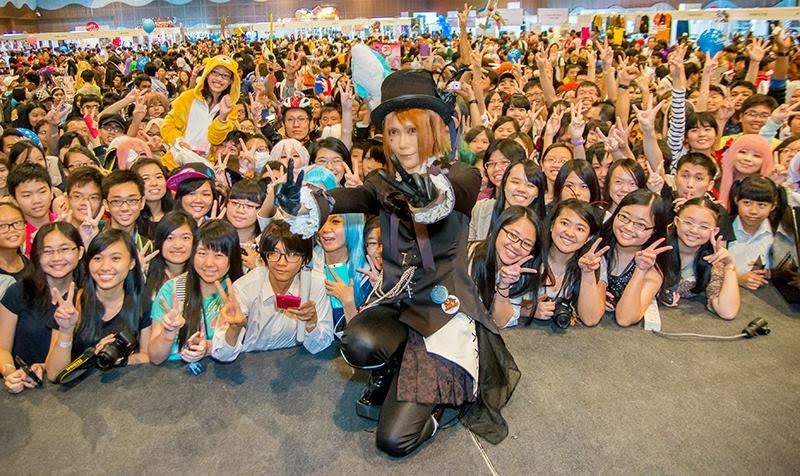 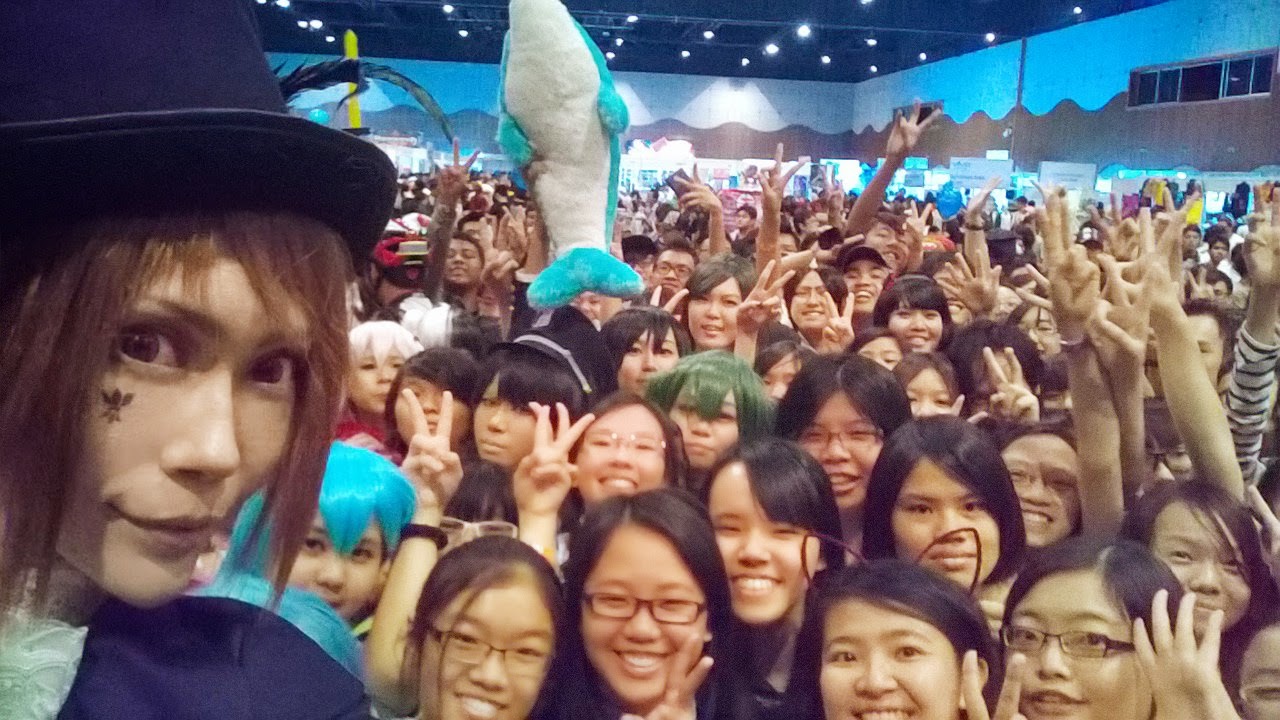 The finals of the cosplay competition was held after her interview and she once more proved herself to be a super sporting guest judge but more on that later. Because once the cosplay competition was over, I immediately made a beeline for Stayxxxx's booth to join the forming queue there waiting for her autograph and photograph session. After last year's failure at Comic Fiesta to secure her autography (and even a decent photo), I was determined this time. 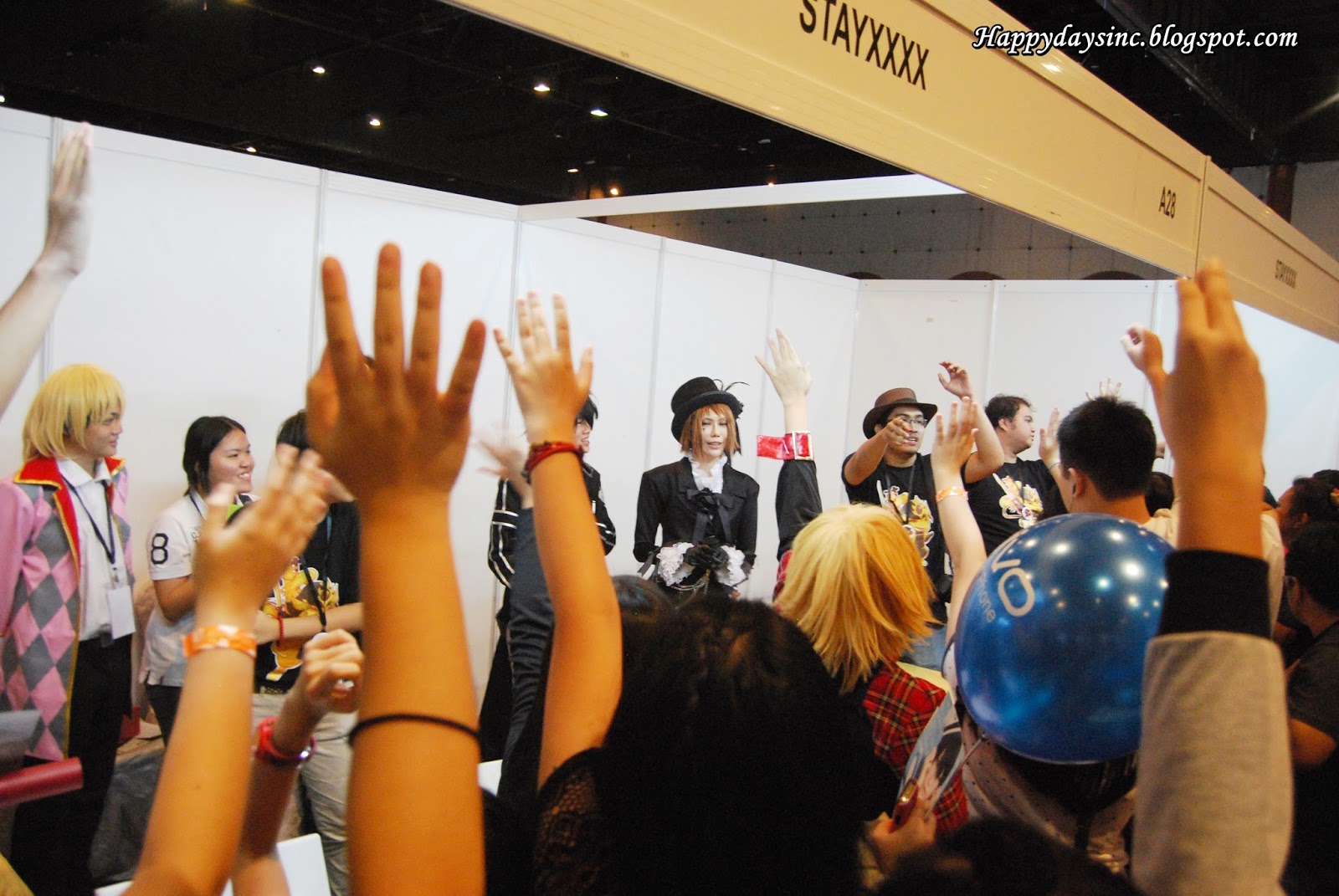 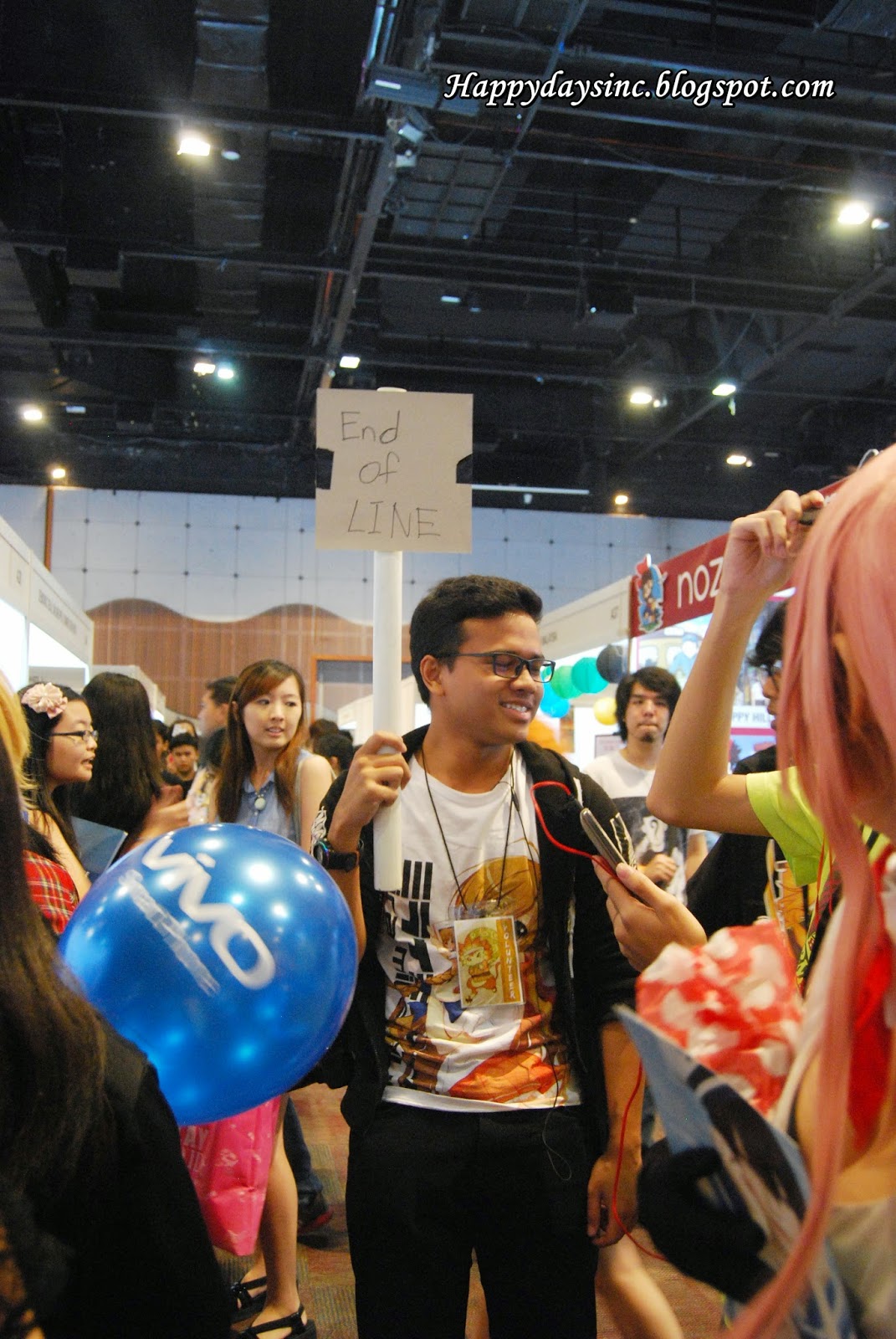 Only 20 minutes had been allocated for the session and fortunately I was one of the lucky few who got her signature and took a picture with her. Before departing, I thanked her in Japanese (God knows why in Japanese). She seemed pleasantly surprised about my weird gesture though so yeah. Another session was held an hour later so more die-hard fans got their chance to meet her as well. 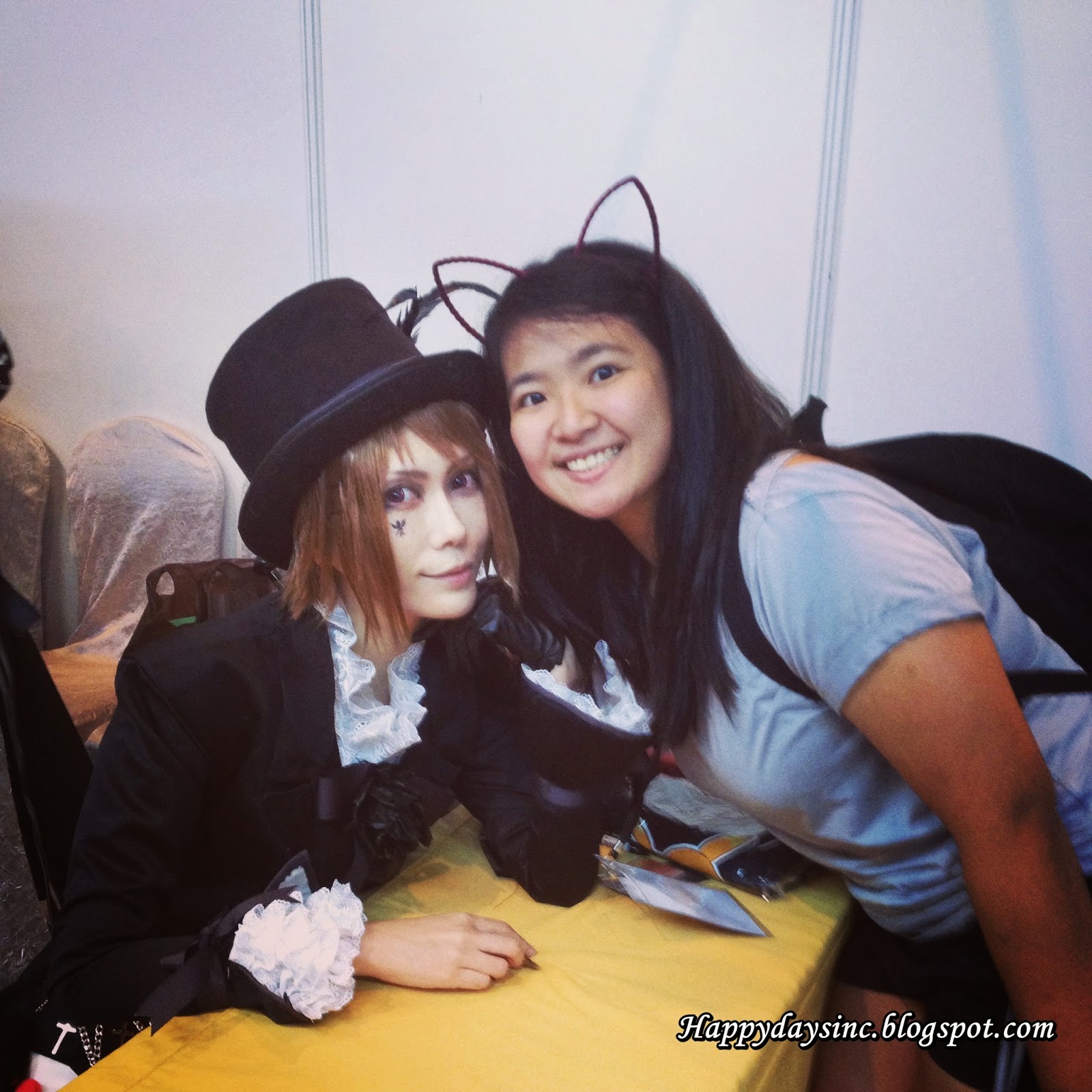 Being able to meet someone you admire was like a dream come true and I was grinning from ear to ear the whole day. Even more so when I saw our special guest for the event. Much later.

2. Sexy pose!
When the emcees asked the audiences of the Cosplay competition how else to torment the contestants, someone in the crowd shouted for them to do sexy pose. Hilarity quickly issued. Even the other judges, Angie and Kazuko enjoyed the showmanship the cosplayers displayed. 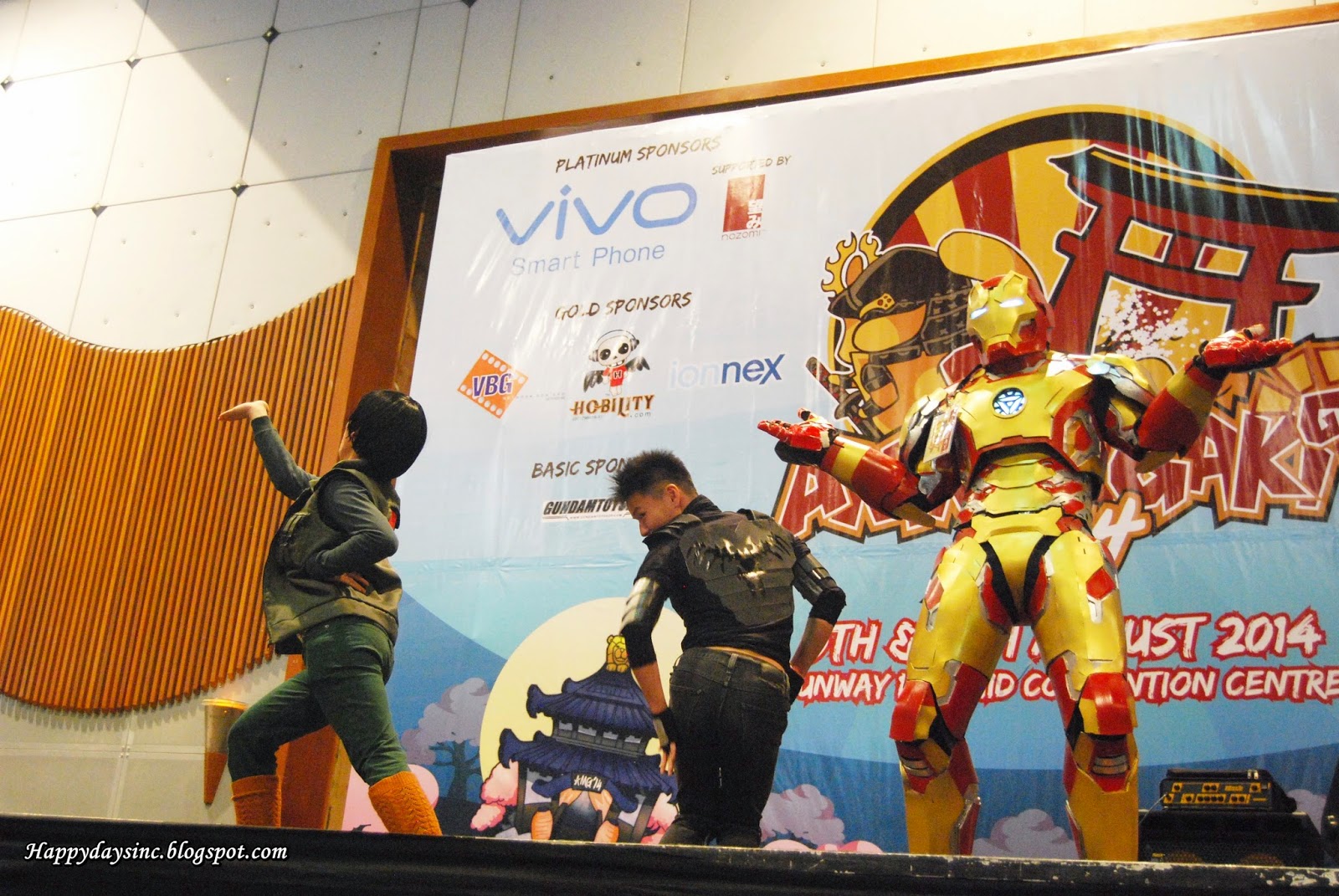 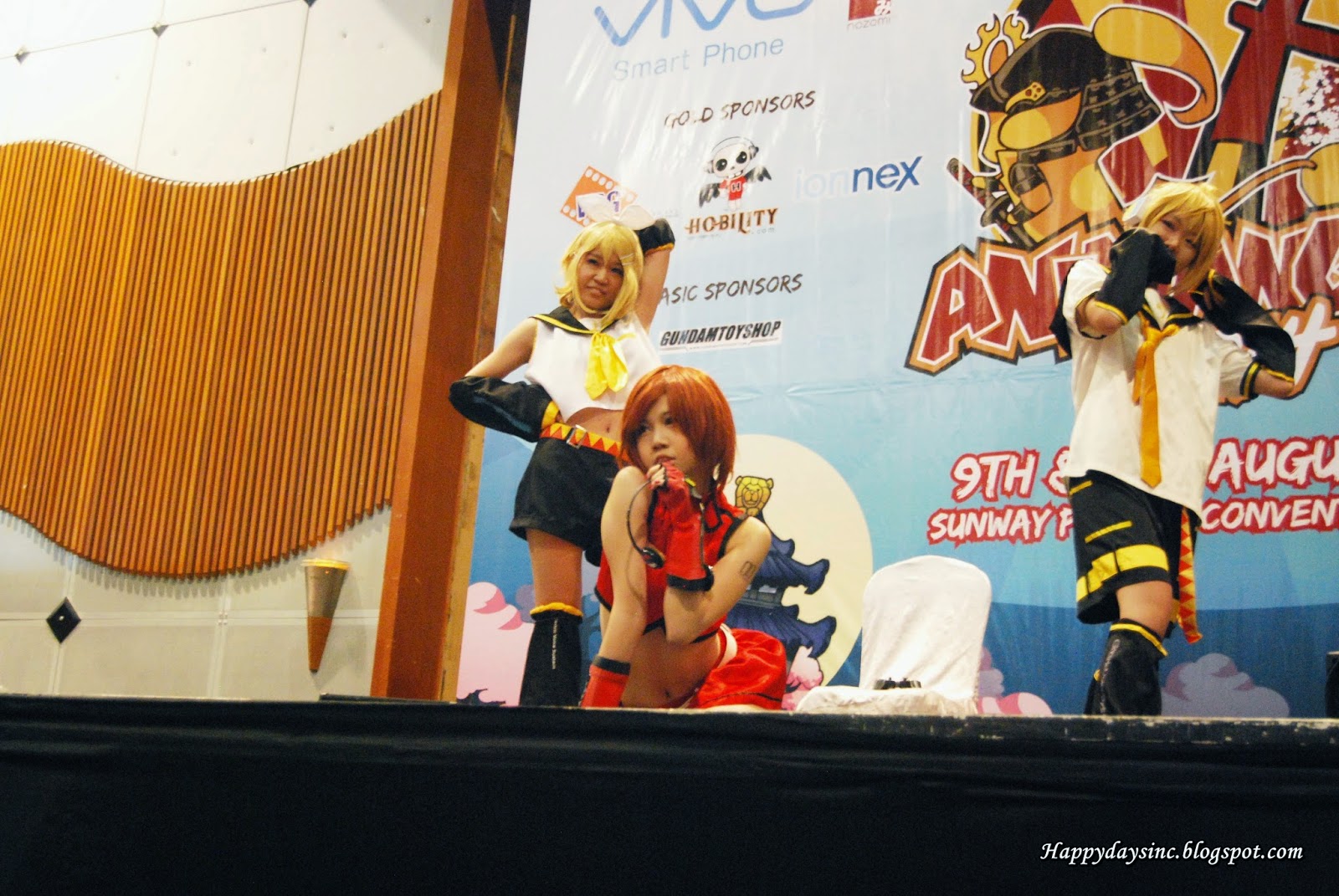 And what made it ever more hilarious was.....

3. Stayxxxx asking for the sexy pose
That was perhaps the best moment of the Cosplay competition. When asked of her opinion and if she had anything else to add for the contestants, Stayxxxx merely said, "Sexy pose please." Walau....my admiration of her went through the ceiling of Sunway Convention Center. 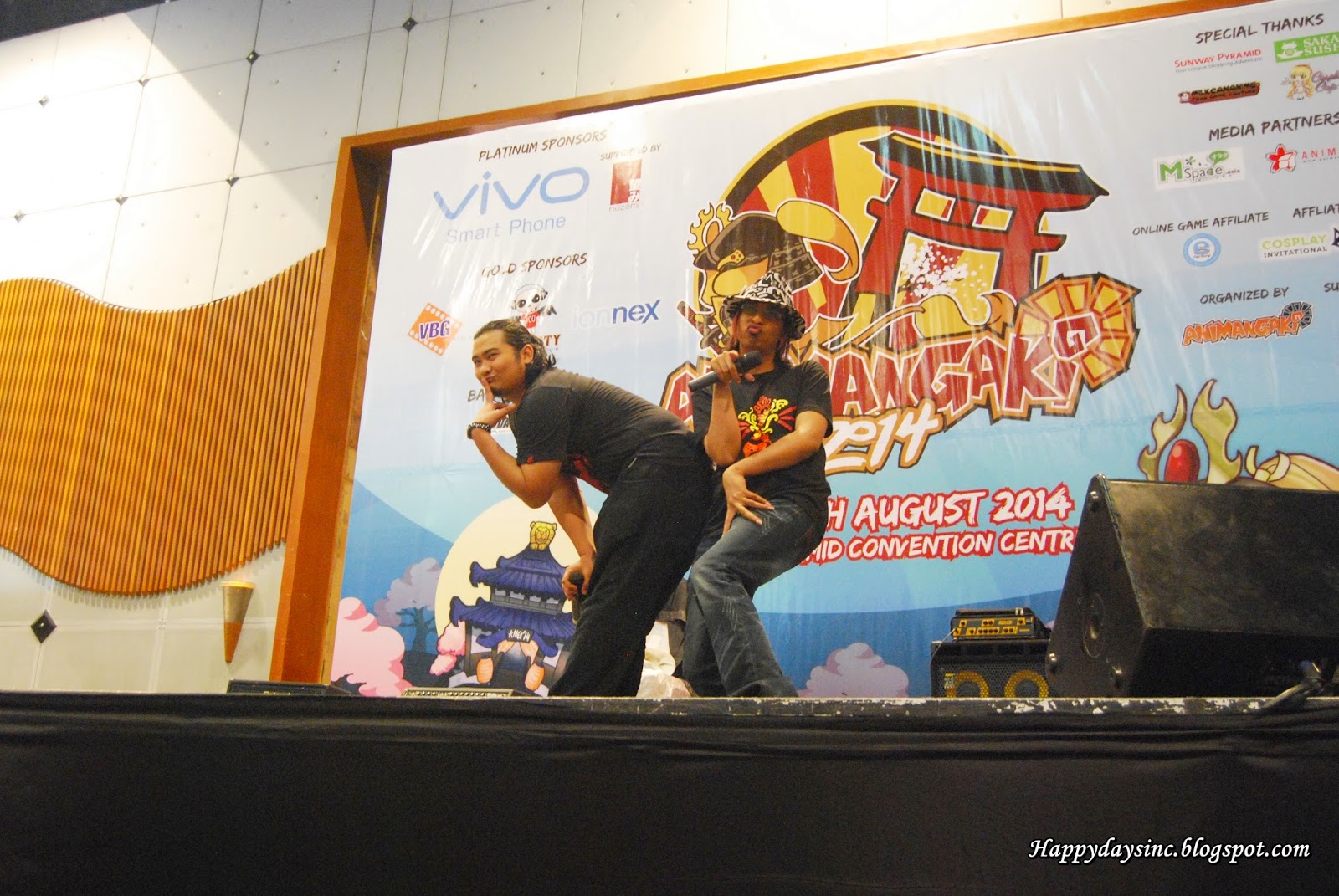 From there on, every contestant was asked to do the now-infamous sexy pose, even the Emcees got in on it. I wonder if it would make a reappearance at Comic Fiesta. I do so hope so!

4. Special Guest
No one knew that he was coming. No one knew that he was amongst them. Who am I talking about? Why, Liui Aquino of course! The well-known and talented cosplayer from the Philippines who came an overnight sensation internationally, thanks to his dashing real-life portrayal of Hiccup from How to Train Your Dragon 2. 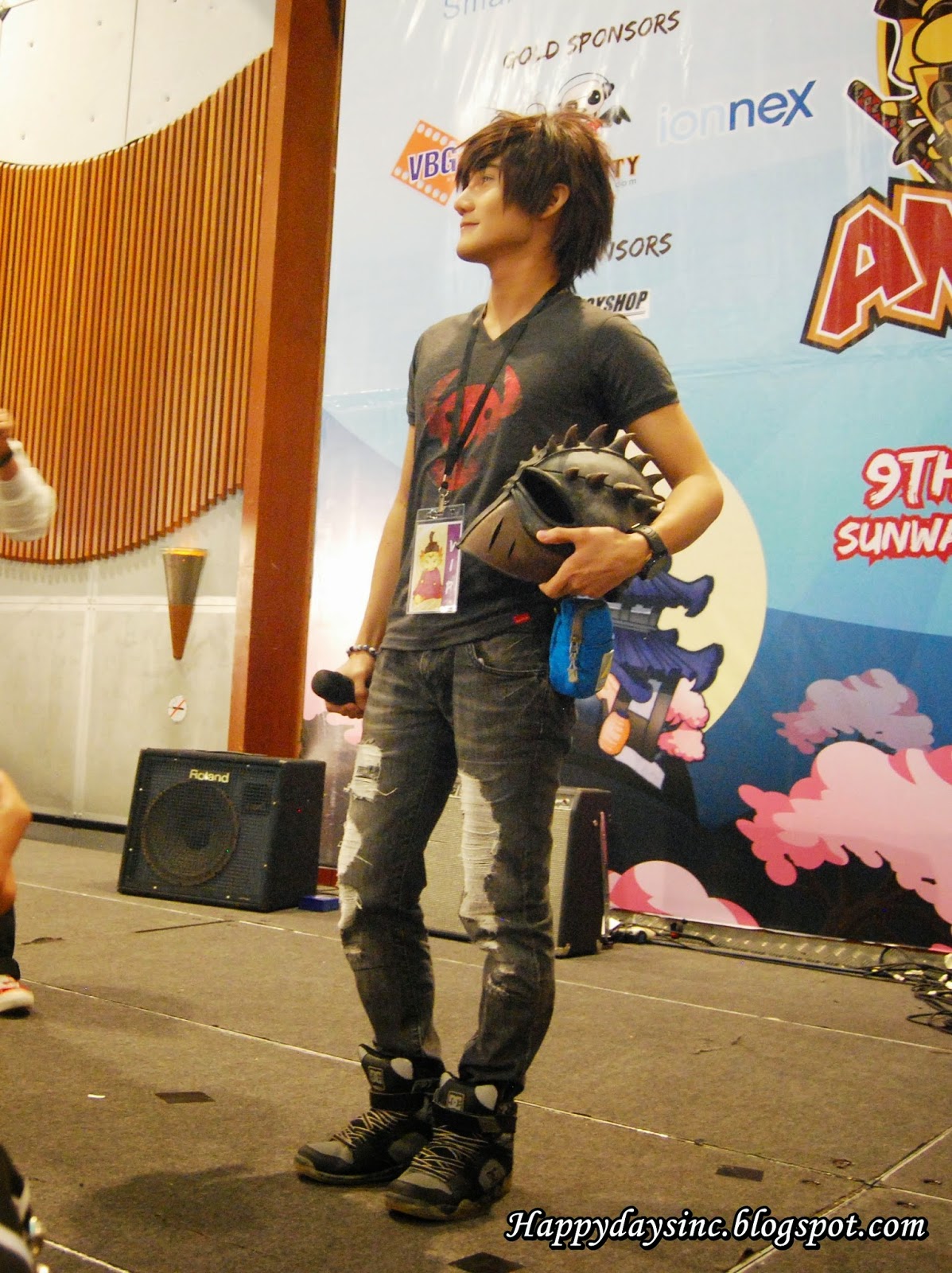 He was remarkably easy-going and charming which sent the waves of crazed fans going nut over him when he took a mic and greeted the audiences. Sadly due to contract reasons, he could not cosplay his well-known Hiccup outfit but he did bring along a Toothless plushie to be gifted to a lucky fan if she could answer his question.

Name 5 dragon types that belonged to the dragon riders in HTTYD2?

I wouldn't know the answer. I only watched the movie once and all I know was Toothless being a Night Fury and that one dragon that looked like a giant chicken... 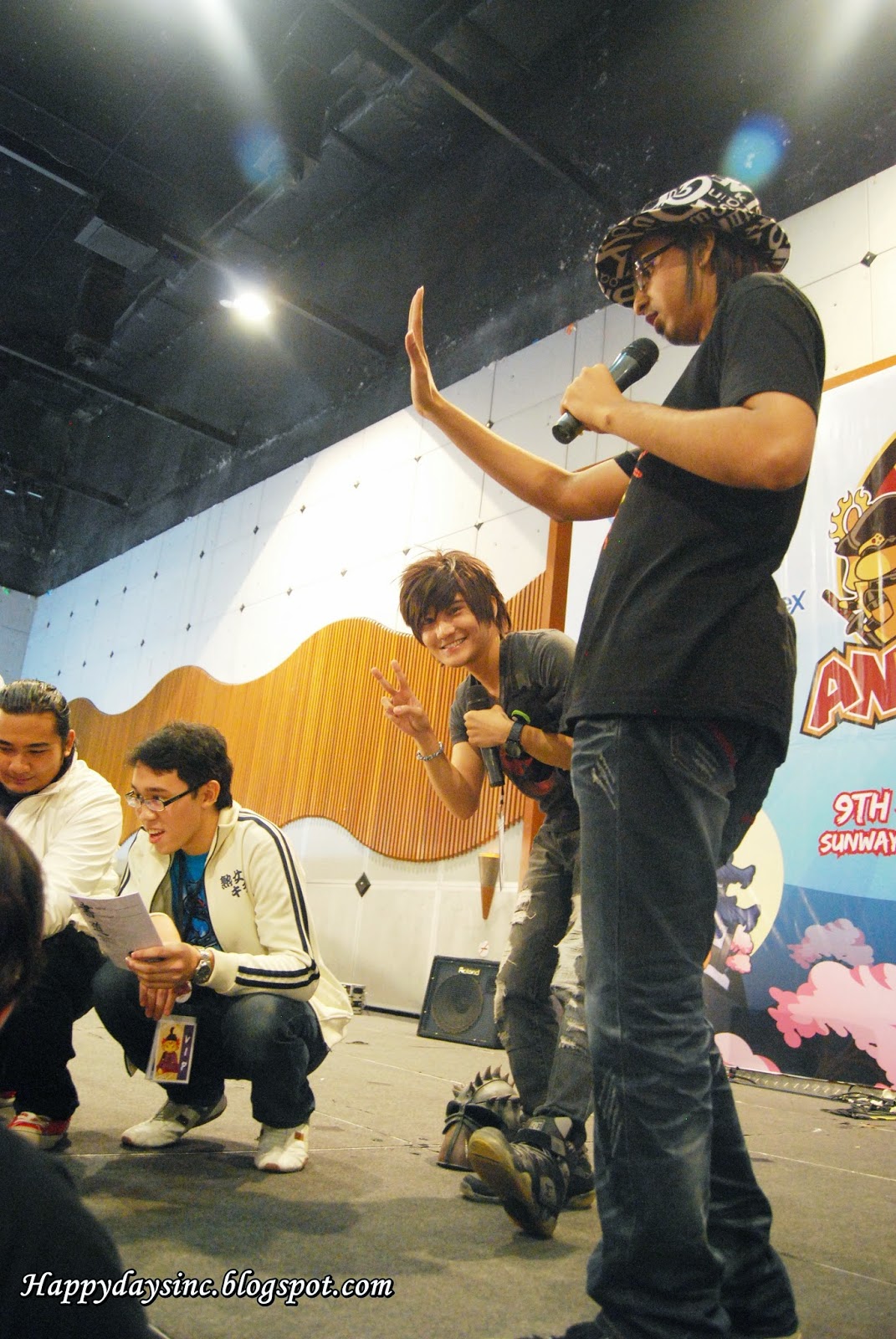 After several wrong answers from so many people, one girl got it and along with the plushie, she got to selfie with Liui! In that moment, the hall turned green with envy. But fret not because Liui selfied with the crowd too! 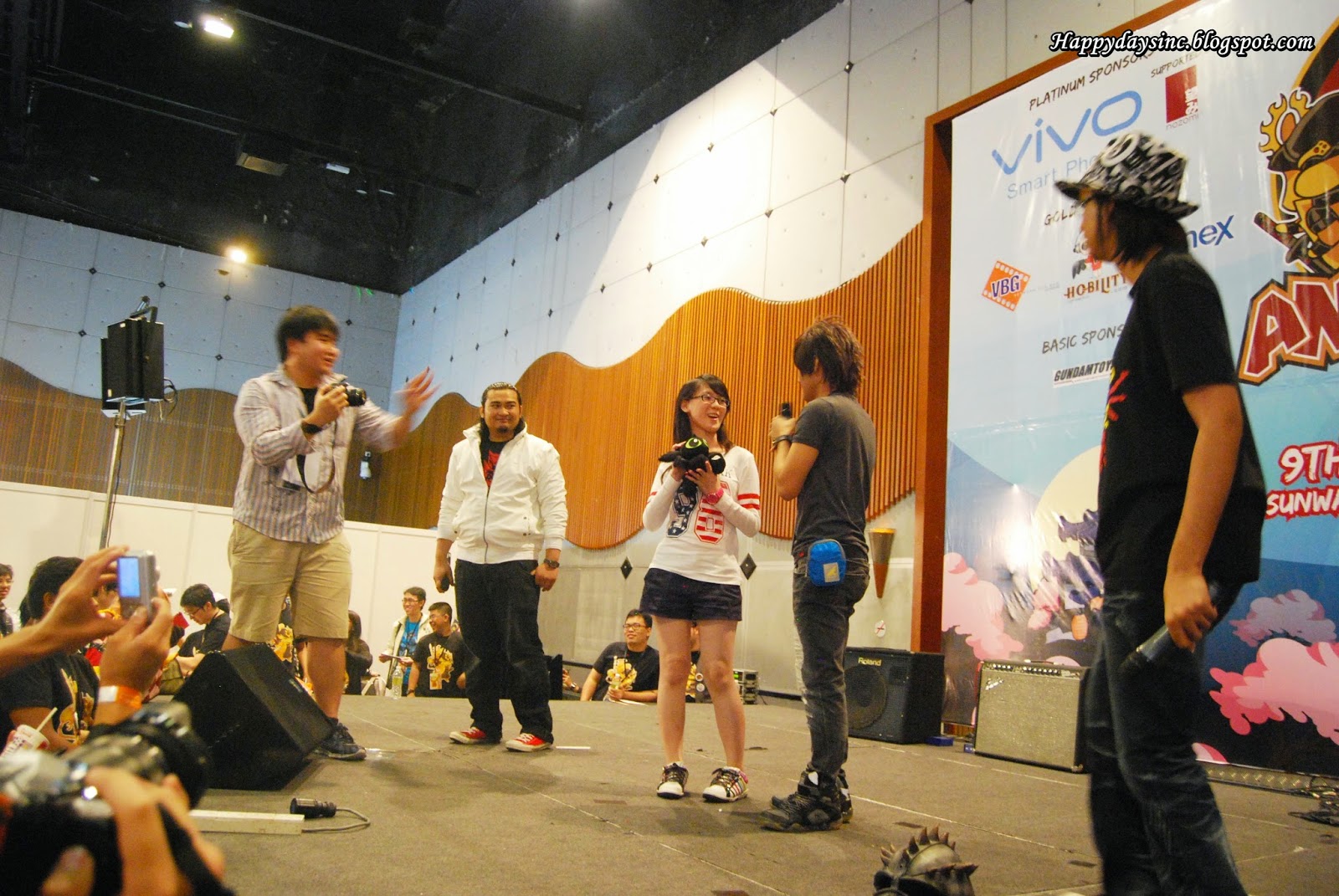 I just love Animangaki 2014! It was just so awesome and one of most well-organized anime, manga and game convention I have ever attended!

My feet were aching, I got shoved around and forward by cray cray fans, my purse was near empty and my bag bursting with plushies and souvenirs but ya know what. I wouldn't mind doing it all over again.

And congratulations, Animangaki for achieving 11,500 attendees! Thank you once again for letting me be a part of your media team! It was great fun and a money-can't buy experience. And speaking of moolah, here's what I spent my hard-earn cash on... 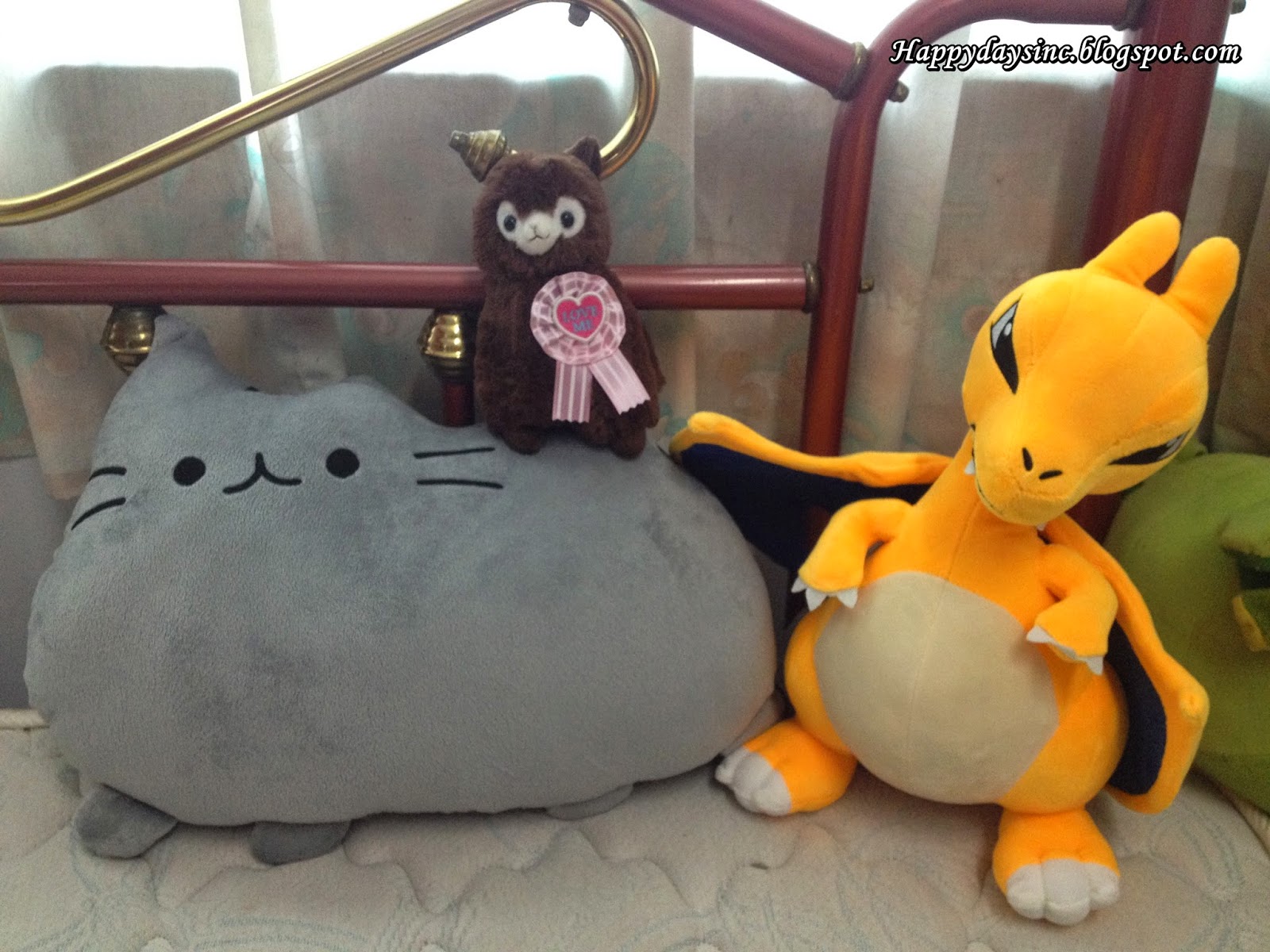 For Day 1 Highlights, read it here.