Our eighth day in Japan was one of the more...laid back days of the entire trip. Our plans for the day included the Tsutenkaku Tower, a slow walkthrough Den Den Town and then to Umeda Floating Garden Observatory for sunset.

We set out at 10:30am from our guesthouse and walked to Tsutenkaku Tower, Shinsekai It was a good 15 minutes walk though a very quiet Den Den Town (that would be blasting with life and otakus later) and found ourselves in the downtown neighbourhood of Shinsekai. 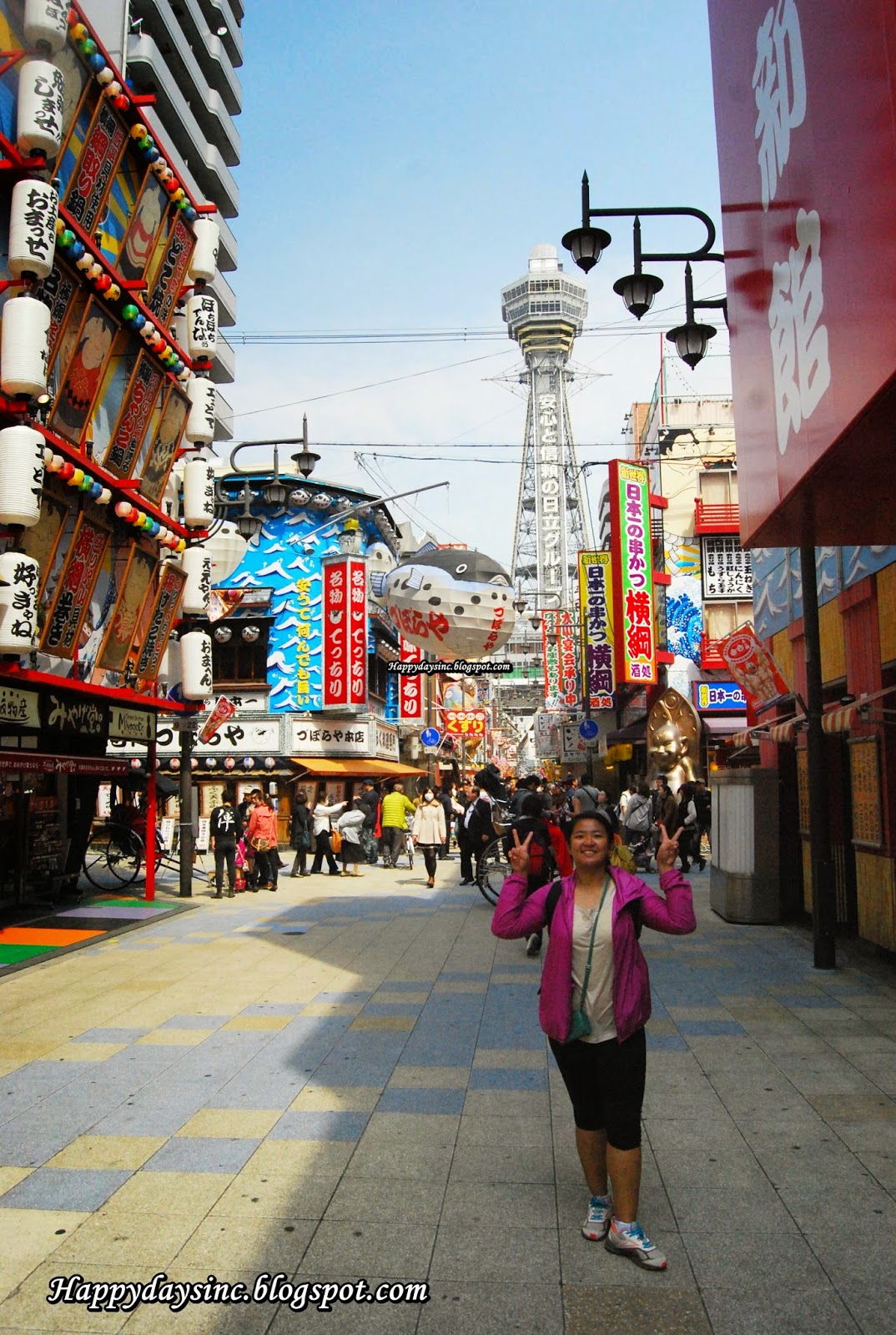 This area would be the equivalent of Malaysia's own Chow Kit district where bars and restaurants offering the Osaka delicacy, Fugu fish dish can be found in abundance. Shinsekai has a reputation for being the 'Yakuza' neighbourhood where it was said that visitors might find tattooed thugs entering a bar, demanding for protection money or where anyone with a visible tattoo would be looked upon warily. That was what I heard and read when researching the place.


However, that morning, it was literally a ghost town with only tourists moving about as they (and us) made a beeline for the iconic Tsutenkaku Tower right smack in the middle of the district. Missing the tower was nearly impossible as it really stood out above the street scape. Getting to the tower entrance was a bit perplexing at first as we had to go underground to get to the elevator that would take us up to the tower.

A queue has formed even at that hour but in true Japanese efficiency, it wasn't a long wait and before long we were riding one of the two lift to the top floor. Each lift had different version of the famous lucky Bilikin design on its ceilings and it was said that if you managed to ride both lifts (therefore seeing both designs) on your visit, you would be blessed with luck. I had no such luck. 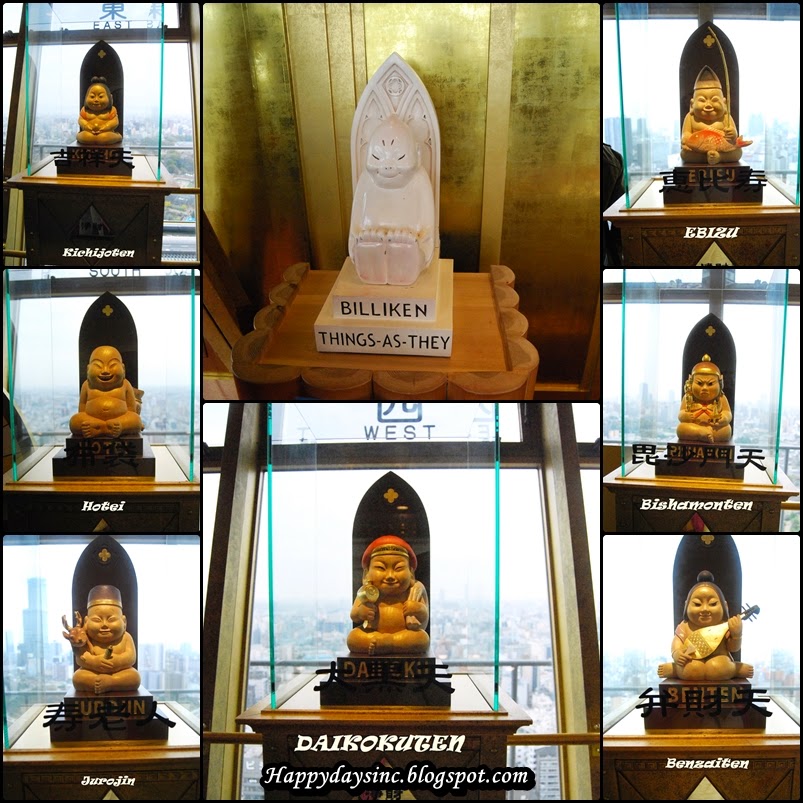 There were eight deities statues of good luck scattered around the observatory deck on the fifth floor of the tower. Underneath each statue were distinctive stamps for collection. The Billiken statue was said to bring good luck to whose who rub the sole of its feet. Despite being popular in Osaka, Billiken originally came from America, starting out as a charm doll there. 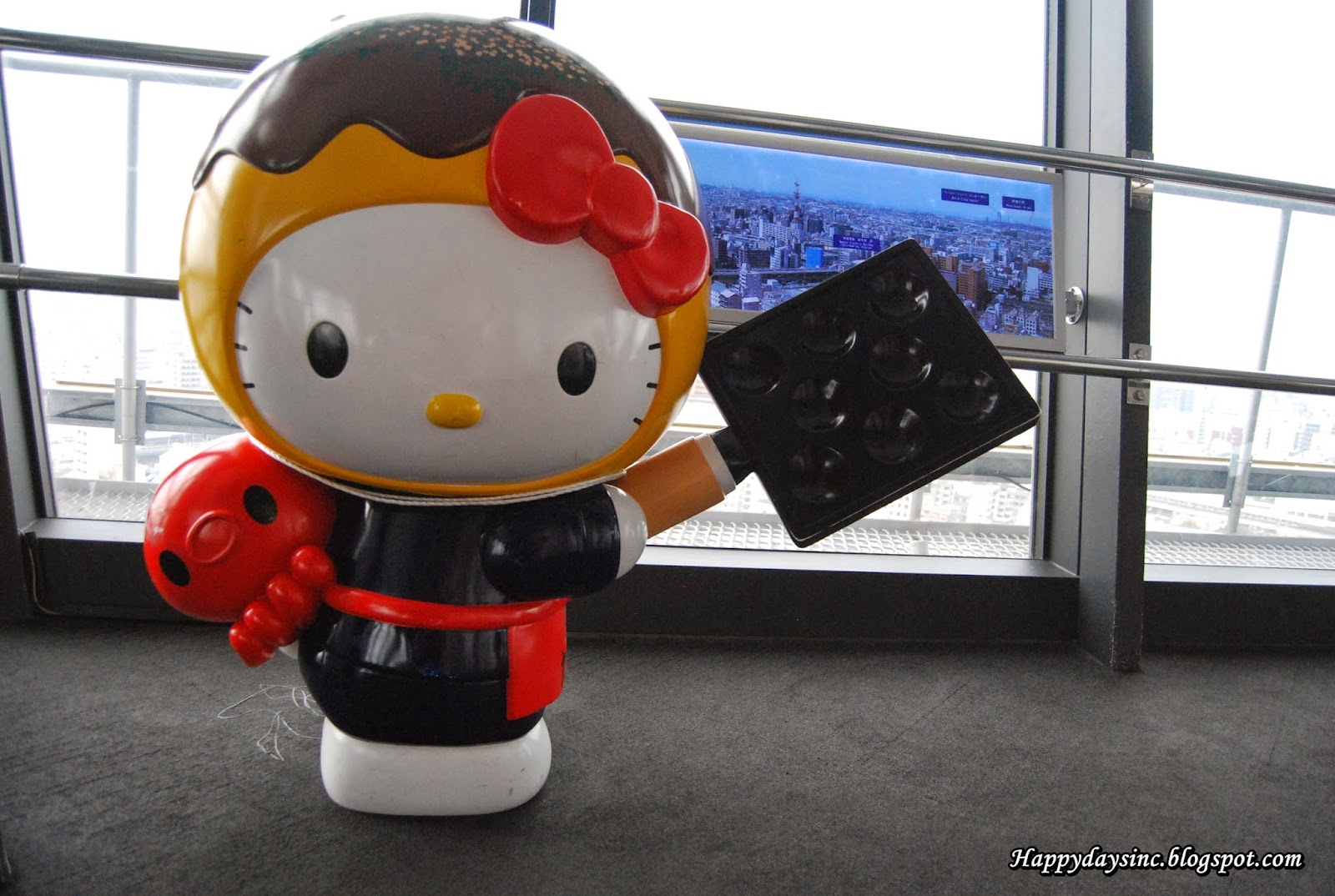 As it was cloudy morning, we didn't get much of an impressive view of Osaka although I heard that the night view was stunning. Oh, well. We had the evening booked for another tower. 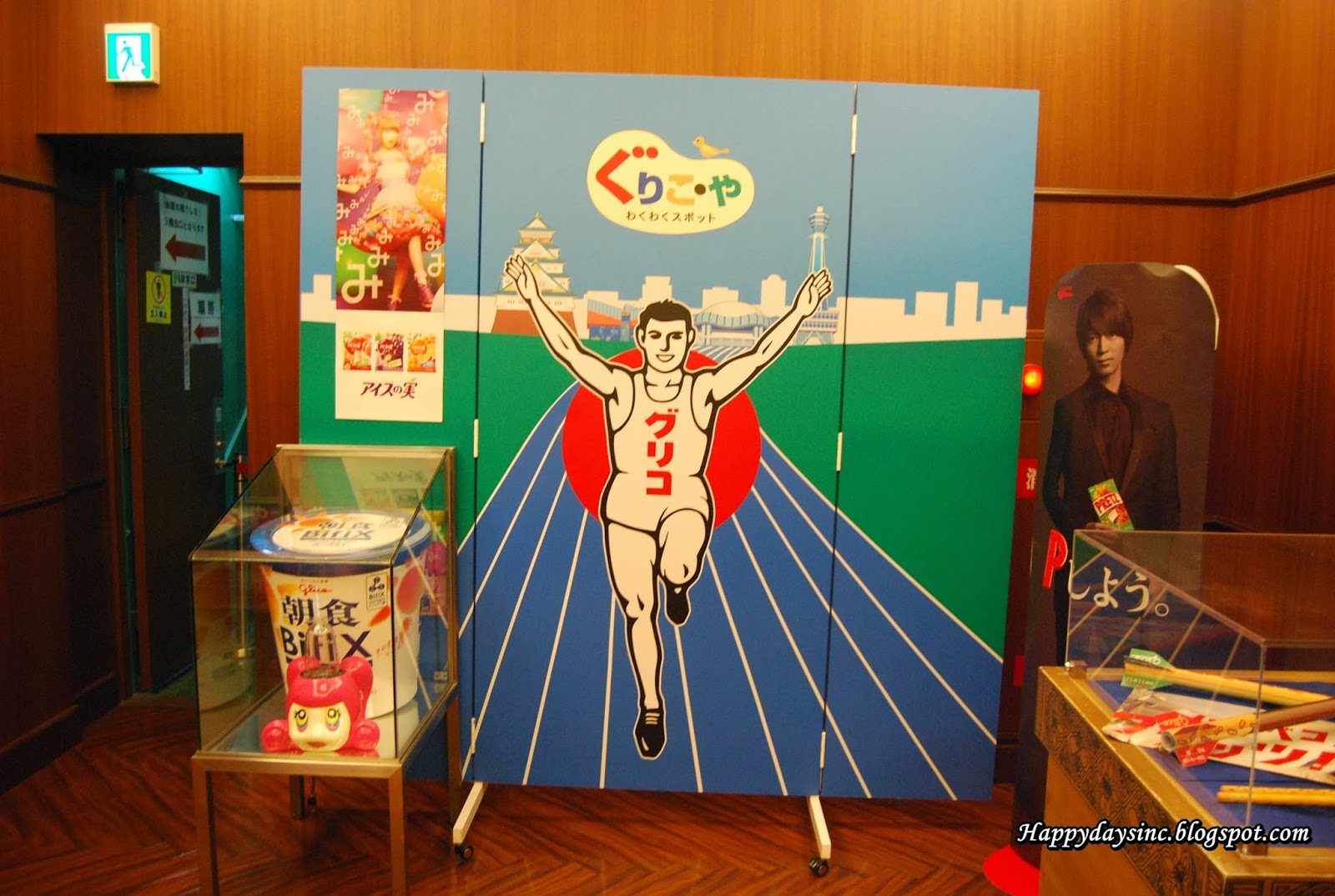 Tsutenkaku Tower was a relic in a modern day city and it showed in the displays and artifacts of the past eras within the lower floors of the tower. It also doubled as a Glico museum that led to the Caféde Luna Park. We took a quick break here, ordering the signature Tsutenkaku Parfait. It was....a weird combination of cream, cream puff and jelly. 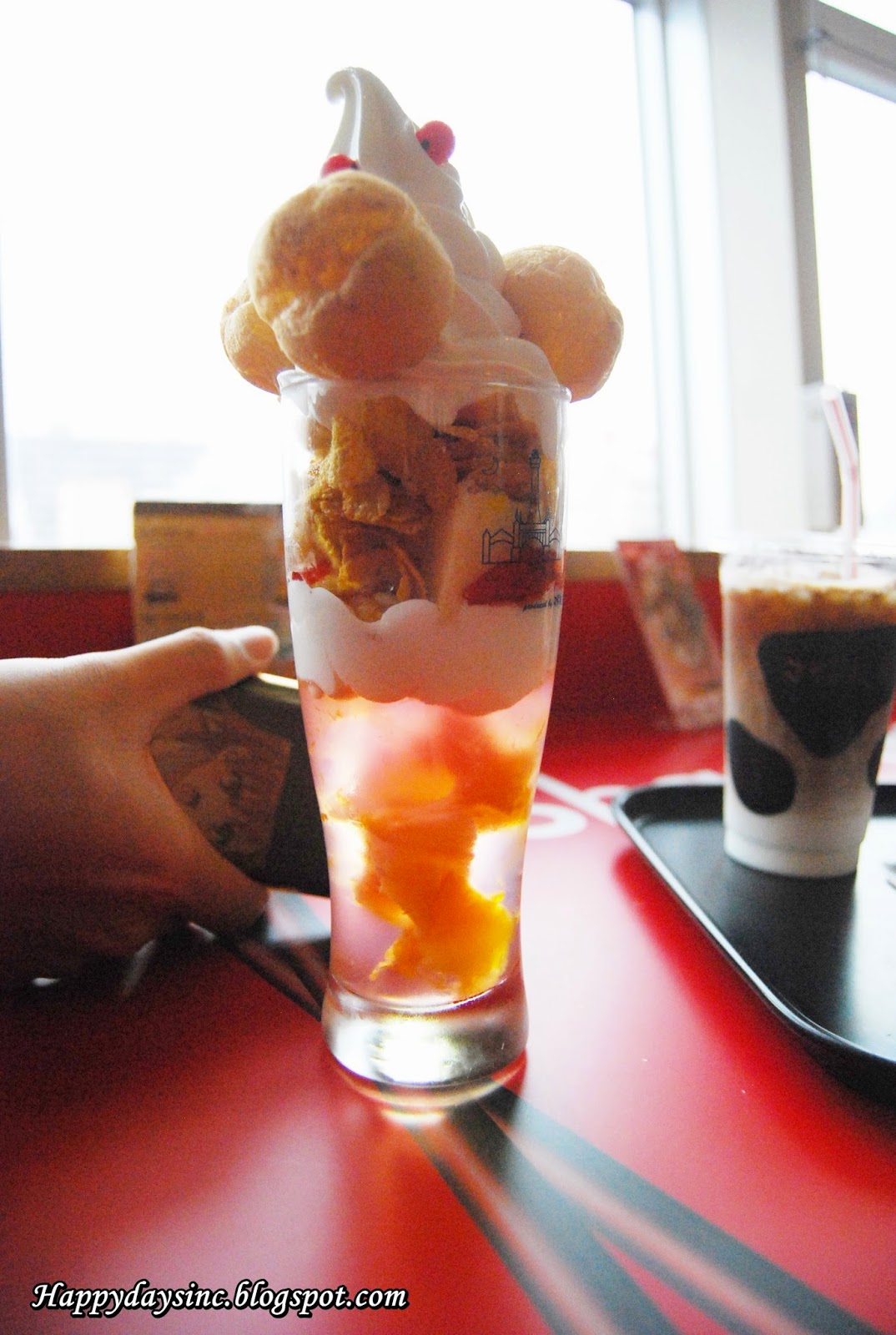 By the time we returned to the streets of Shinsekai, the area was buzzing with activities and visitors. Restaurants and stalls had opened up for lunch and we could see loads of tourists heading towards the tower. 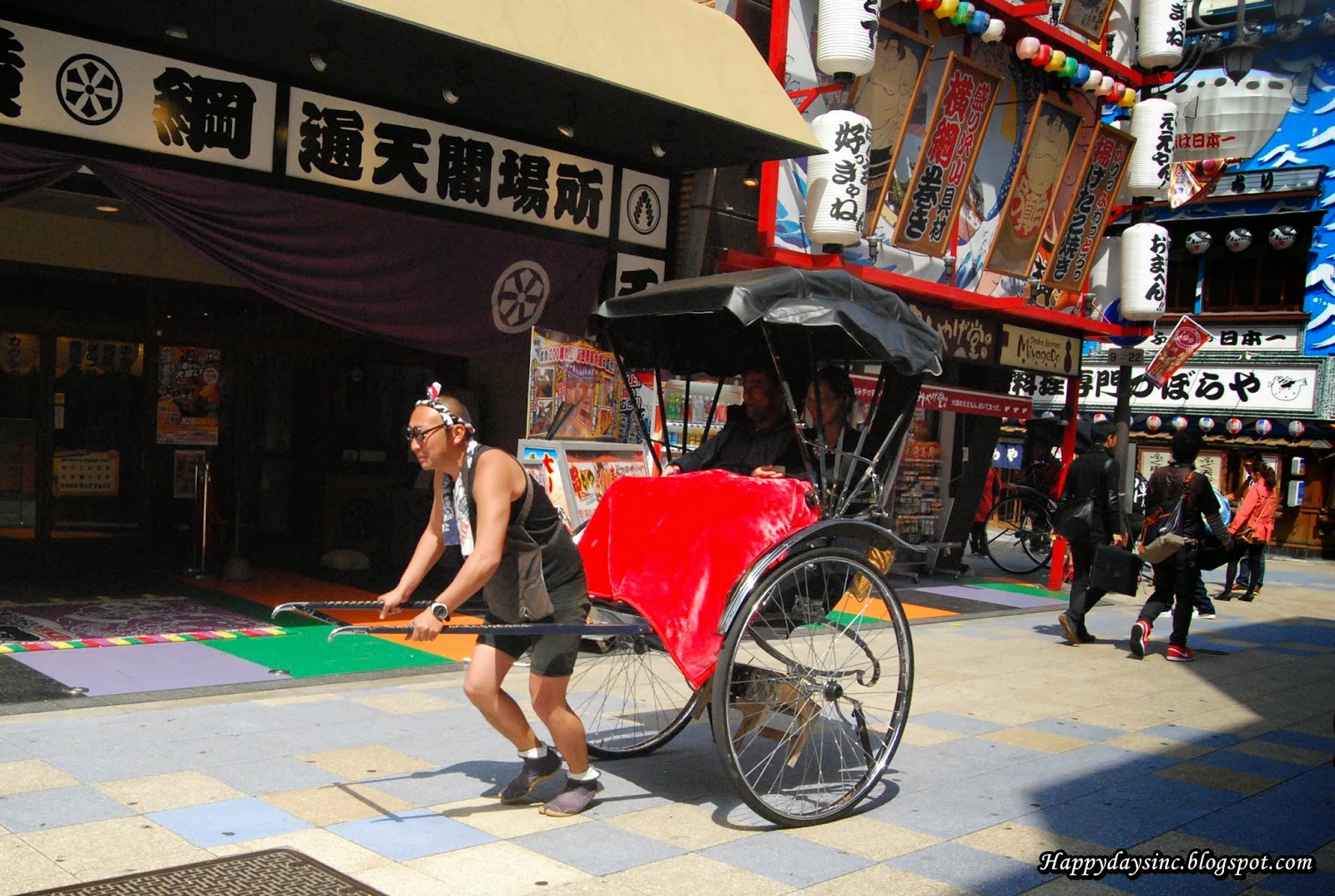 Our tummies grumbling, we headed back towards our guesthouse and stumbled across several unexpected sights in Den Den Town like this antique video game store that had the most nostalgic and amazing stuff all at affordable prices. 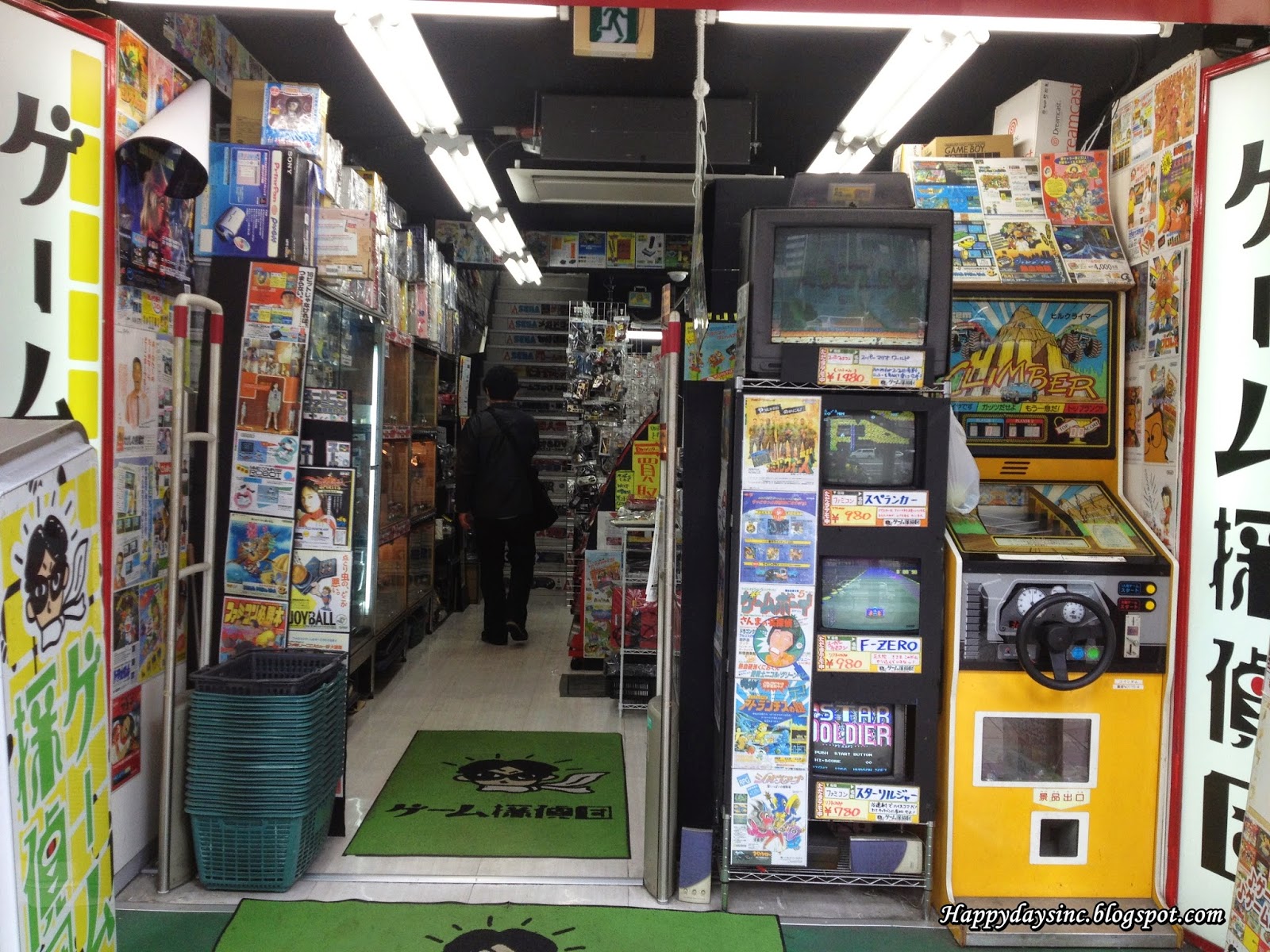 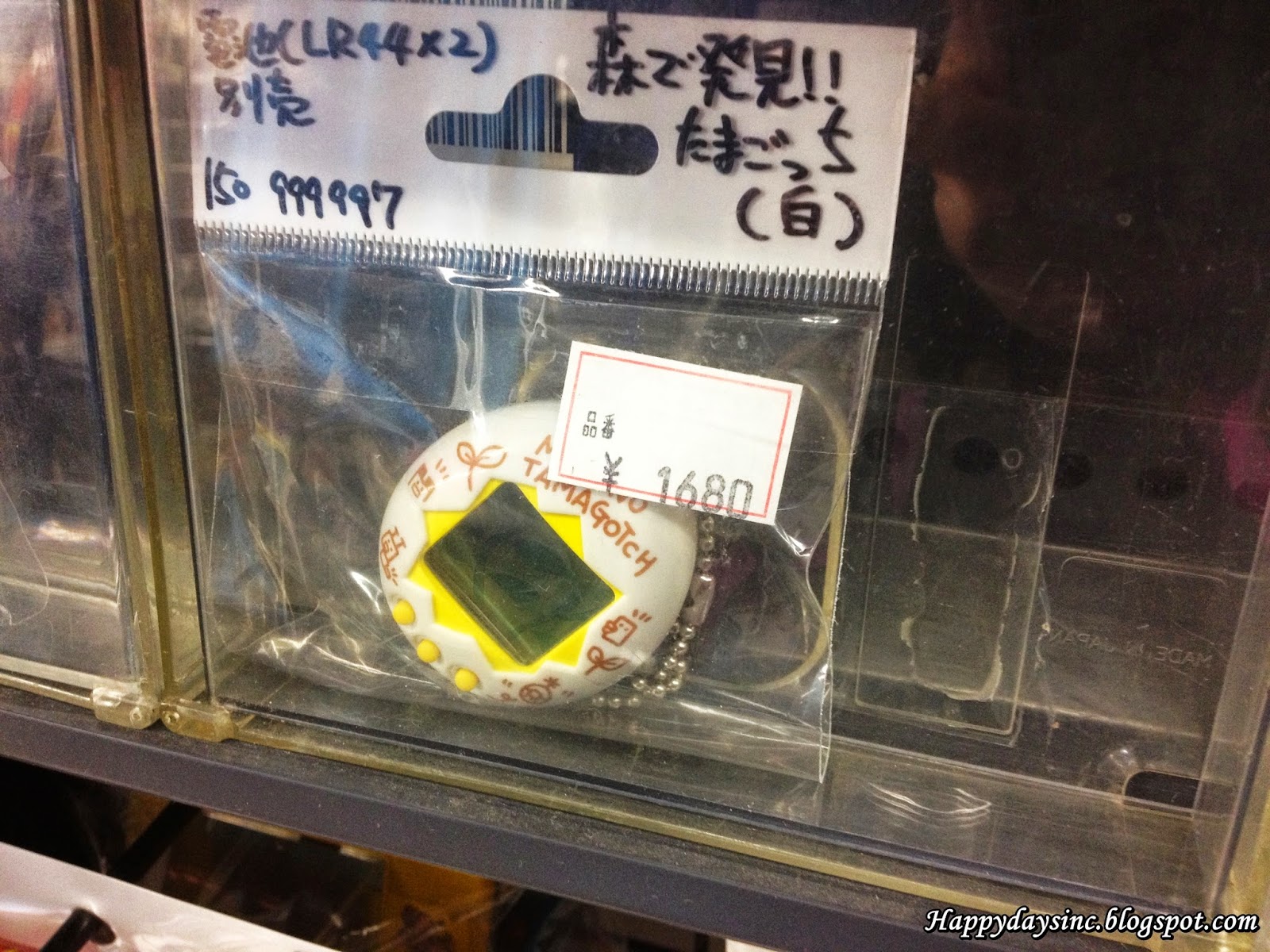 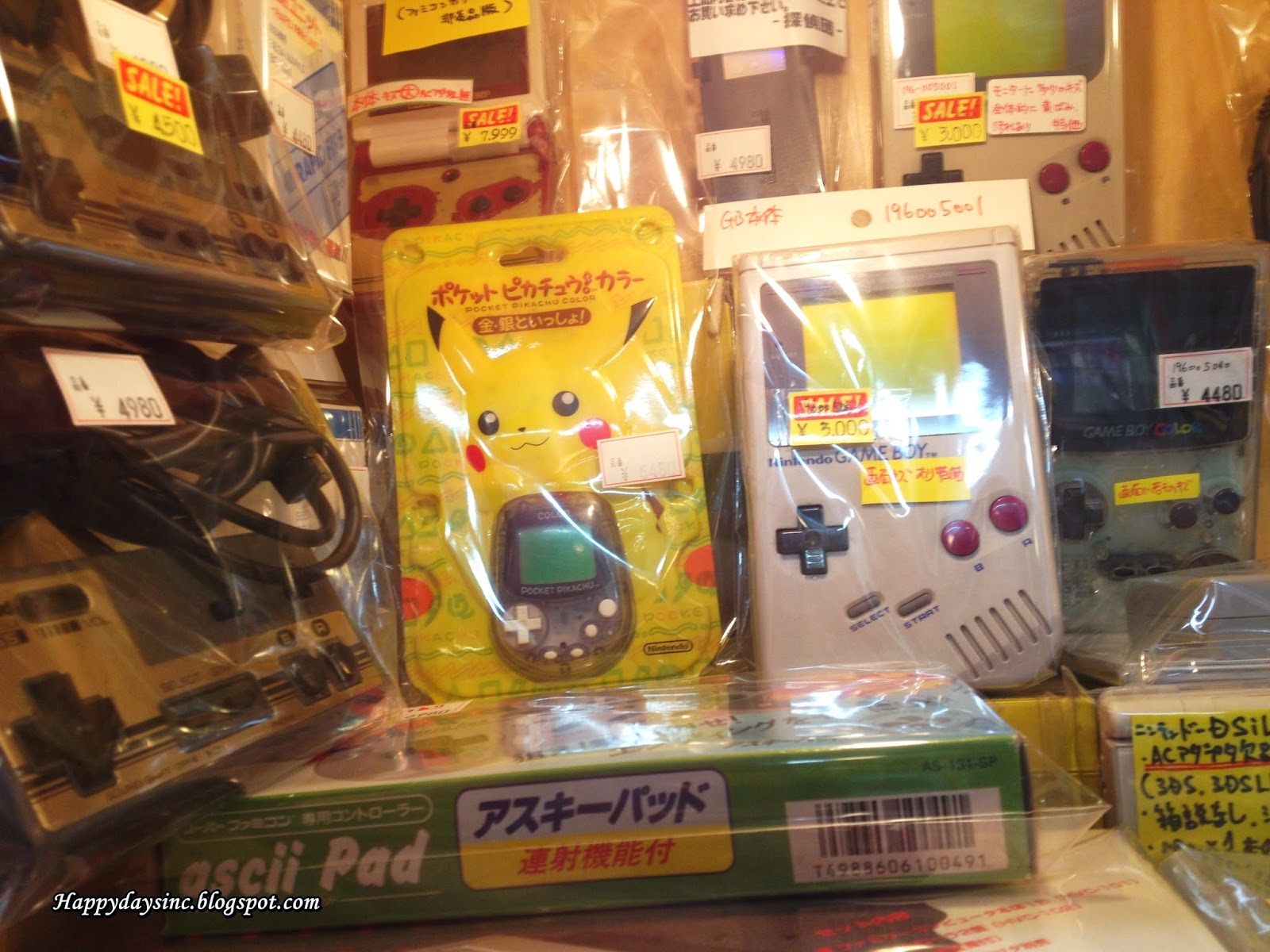 Lunch was at this tiny corner restaurant that specialized in curry rice. With its bold declaration of being the best in Japan, we were intrigued and after selecting and paying at the ticketing machine outside, we could not deny its claim. It was really good. 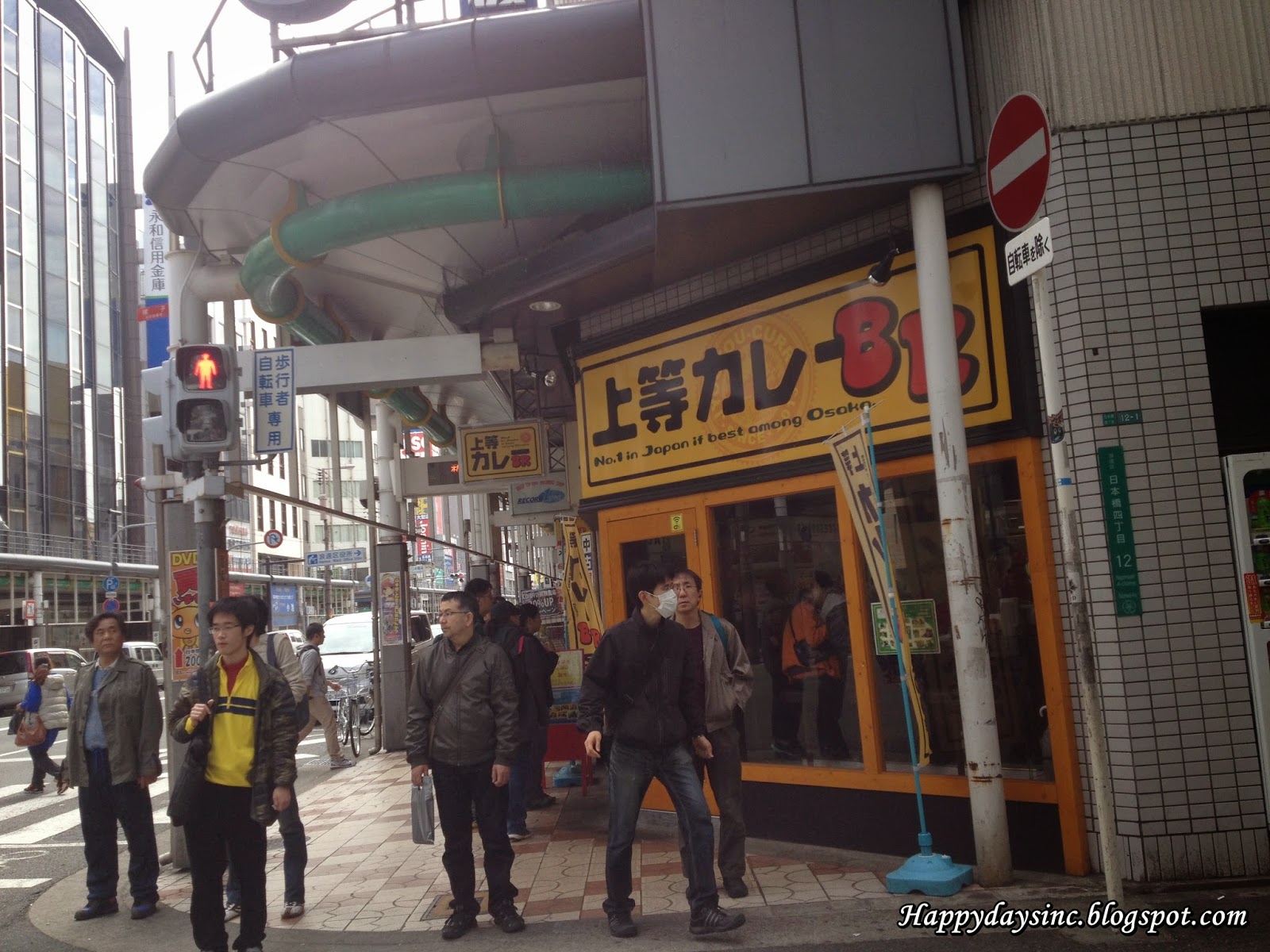 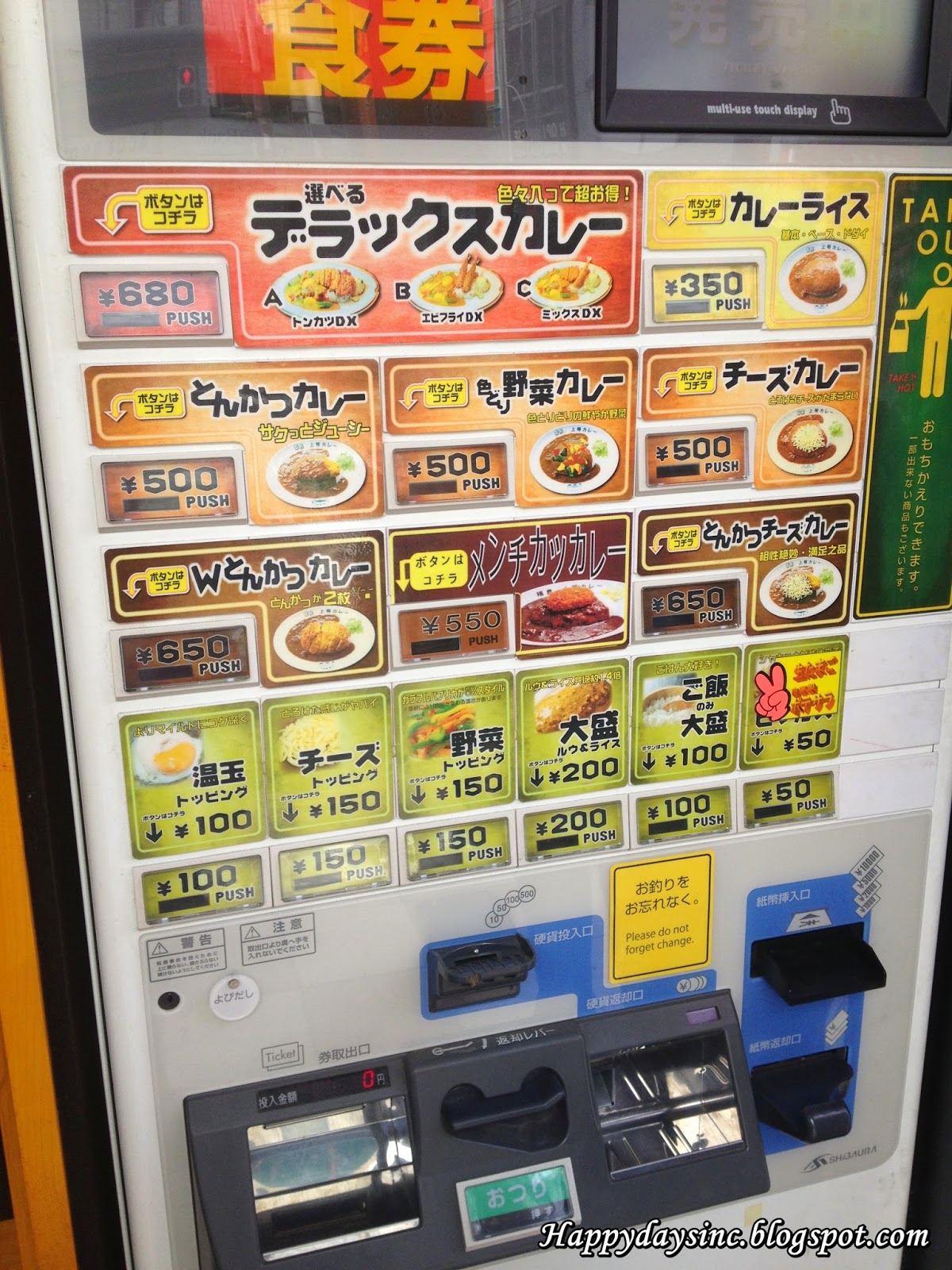 My pork cutlet curry rice was served promptly as the curry and rice were made in large pots. The deep fried pork cutlet was succulent with the crust being thin enough for us to enjoy its crunchiness and the juicy meat beneath. The curry added a spicy kick to the already delicious warm meal. 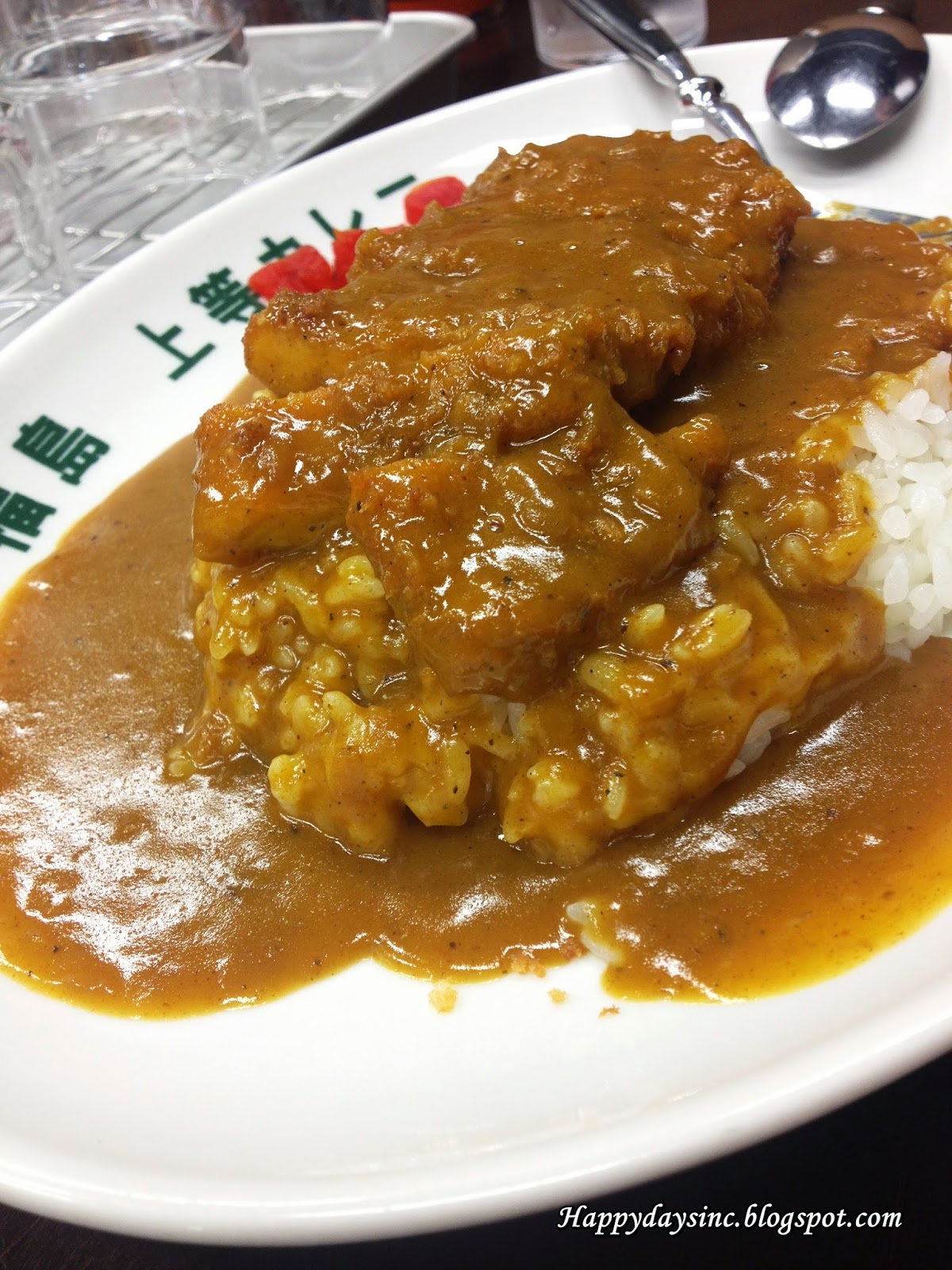 Our guesthouse was near Nipponbashi and at around noon, Nipponbashi was filled with teens and adults looking for the latest anime, manga and game deals. There were seven -storey buildings that was dedicated solely to anime merchandise and media. Otaku haven it was. 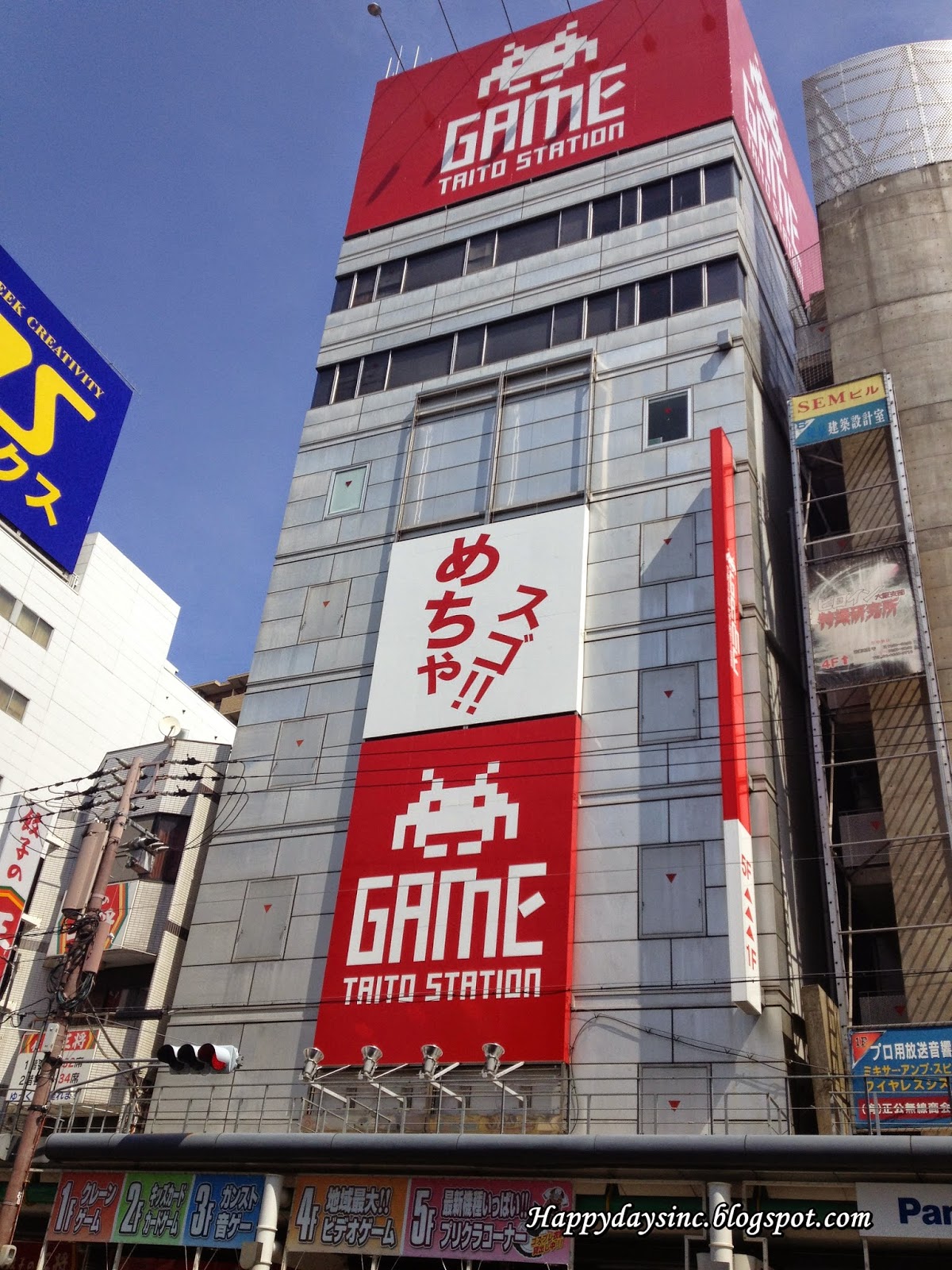 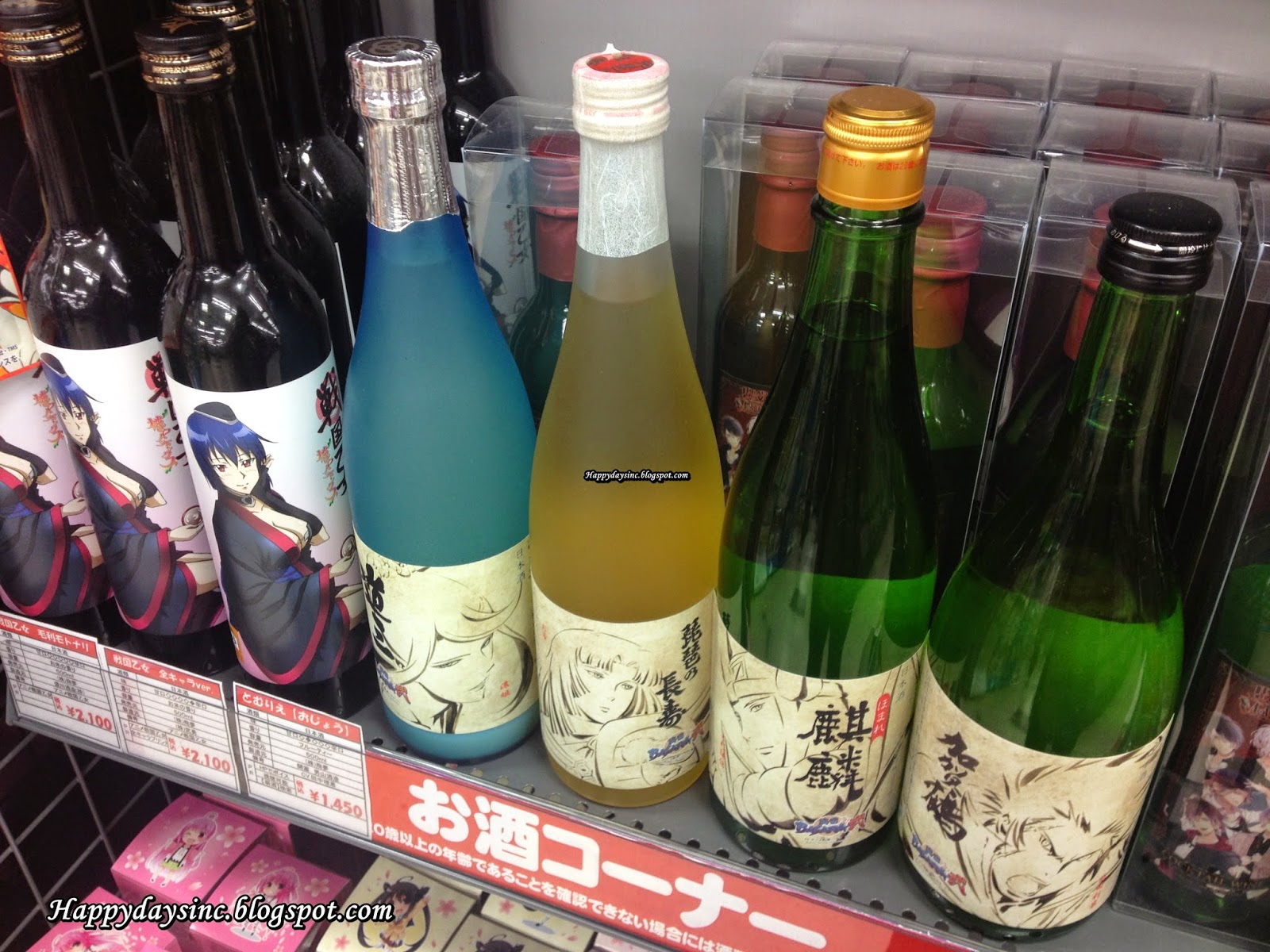 Cousin and I decided to go exploring while Sister and Friend returned to the guesthouse to get some rest. We came across quite an interesting array of things to see the midst of our aimless exploring like a shop that has the signatures, props and equipment to decorate a store. Now I know where to get a giant cat for my future cat cafe. 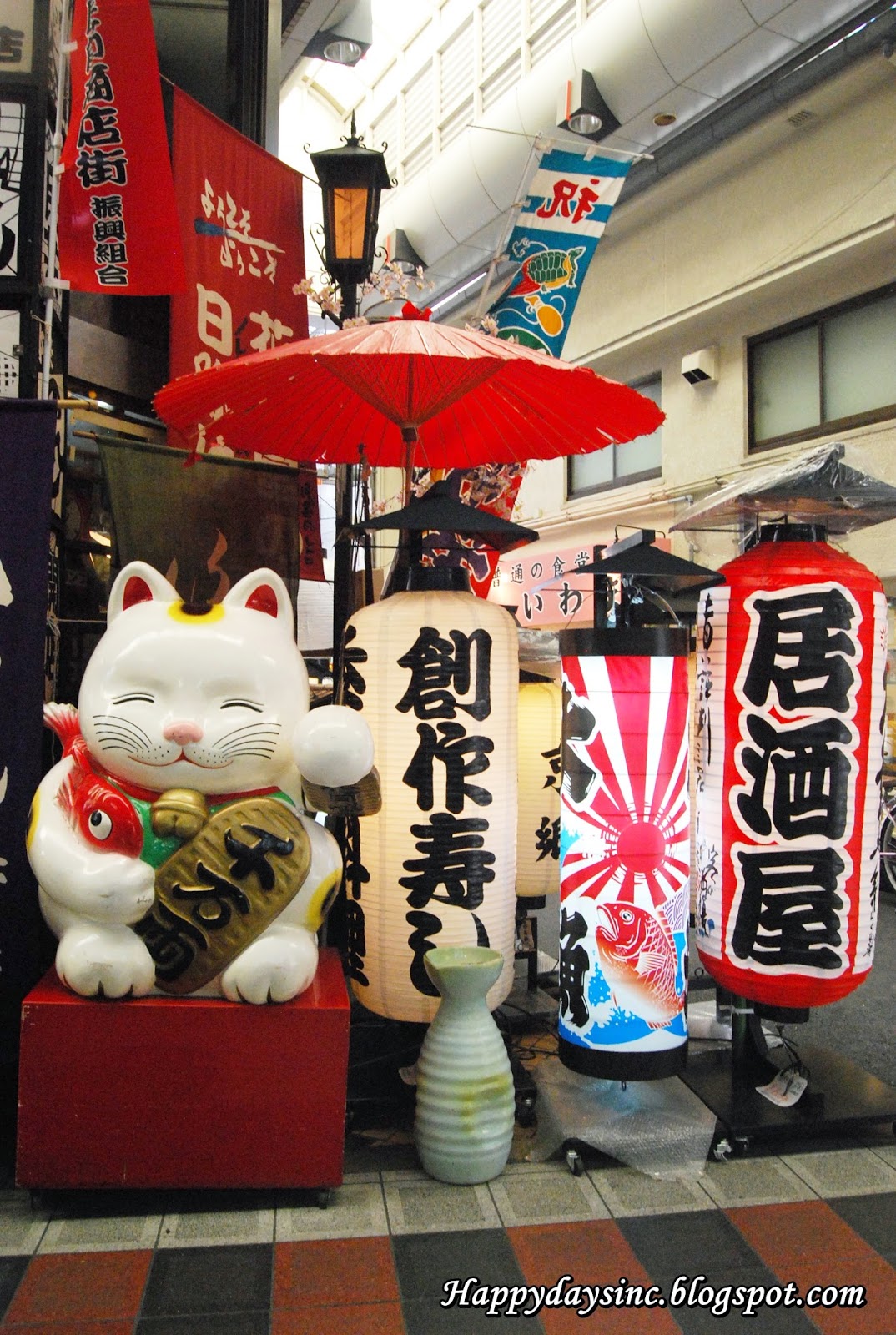 We had planned to catch the sunset at the Umeda Floating Garden Observatory in Shin Osaka and rode the subway all the way from Namba to Umeda. Thanks to my previous trip to Osaka in 2013, we didn't get lost this time and quickly made our way to the building. This time there was no long queue getting to the top probably because it was freezing up there as we quickly found out! 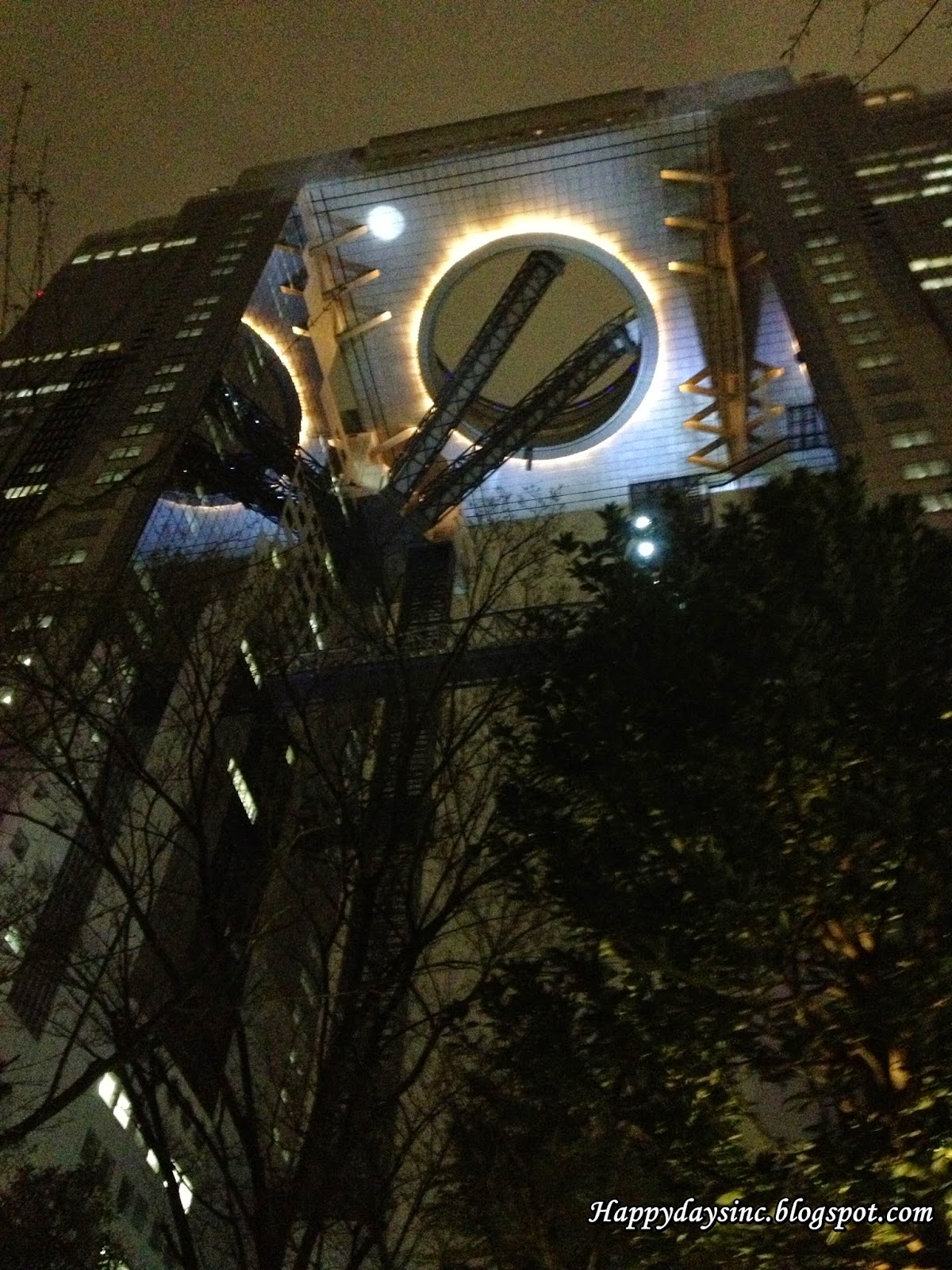 There was a breeze up there that carried the cold air across the observation deck and I was torn between capturing the view of the evening Osaka sky  and keeping my hands tucked and warm inside my jacket. In the end, I chose the former. Sadly, the cloudy skies once again thwarted my attempt to capture the sunset just as it did my attempt for a super moon picture a year ago.

We went back to Dotonbori after that for last minute shopping and to grab a late dinner. Besides Kamukura Ramen, there was another popular ramen place that was visible from the main Dotonbori street. Easily recognizable by the dragon sticking out from its side and the long queue forming beside a sole ticketing machine, this place was so popular amongst locals and tourists (like me who are drawn to crowds as it meant the food must be good) despite only have two options on the menu. 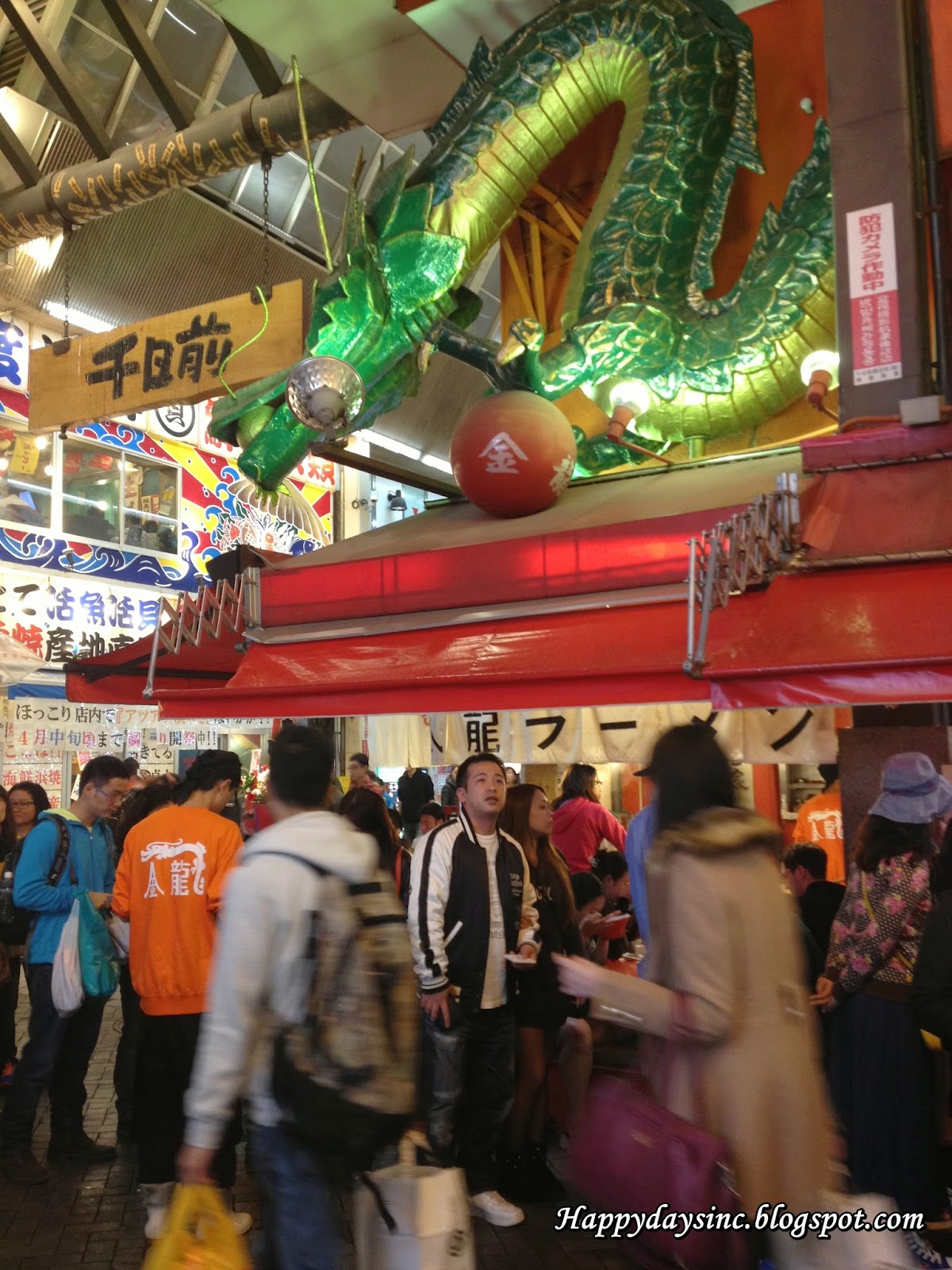 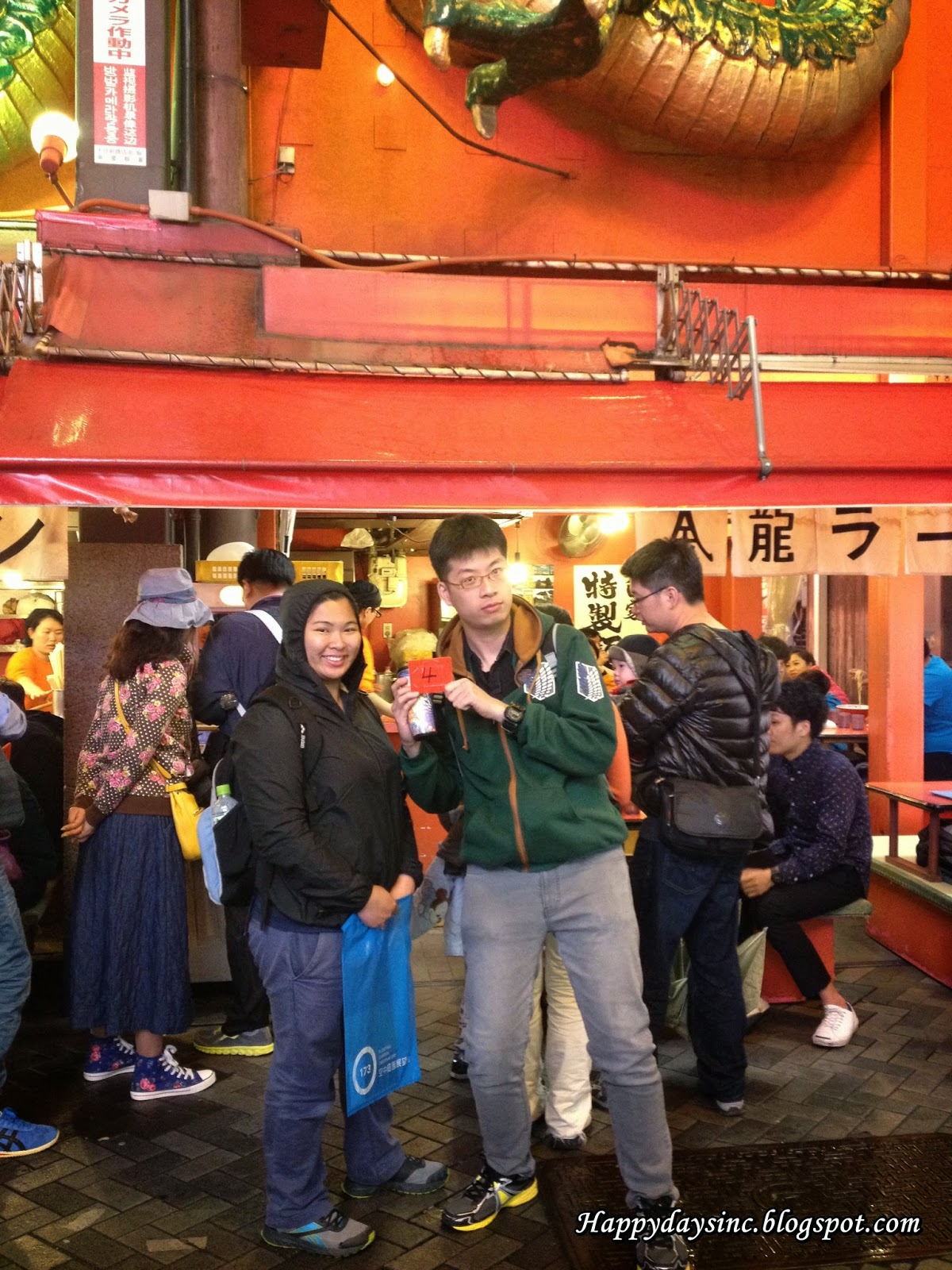 Seriously, there were only two selections of Ramen and yet there was a long queue forming in the light drizzle. Us included. The short tables were on raised platforms, requiring customers to sit with their shoes off and their feet tucked under them or the table for them to full enjoy a Japanese Ramen eating experience. The ramen was so goooood. The pork belly meat was tender and the soup was simply delicious. The light rainfall only made the meal all the more enjoyable. The Tonkotsu magic happening in one bowl explained the queue and the limited selections. 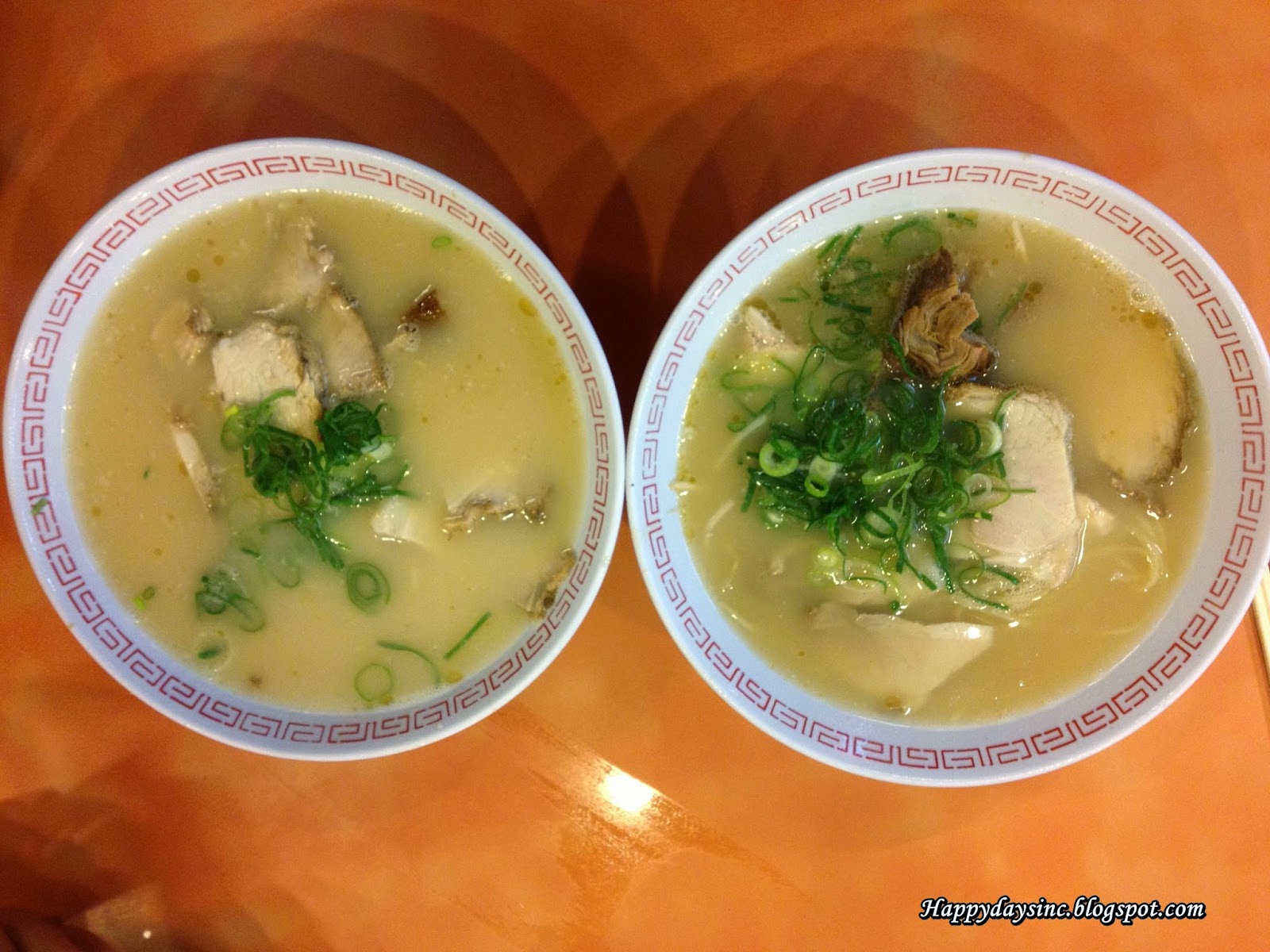 After more last minute shopping in Dotonbori, it was back to the guesthouse for us to start packing for our flight home in two days as for our last and final day in Japan, we would be returning to Kyoto once more. 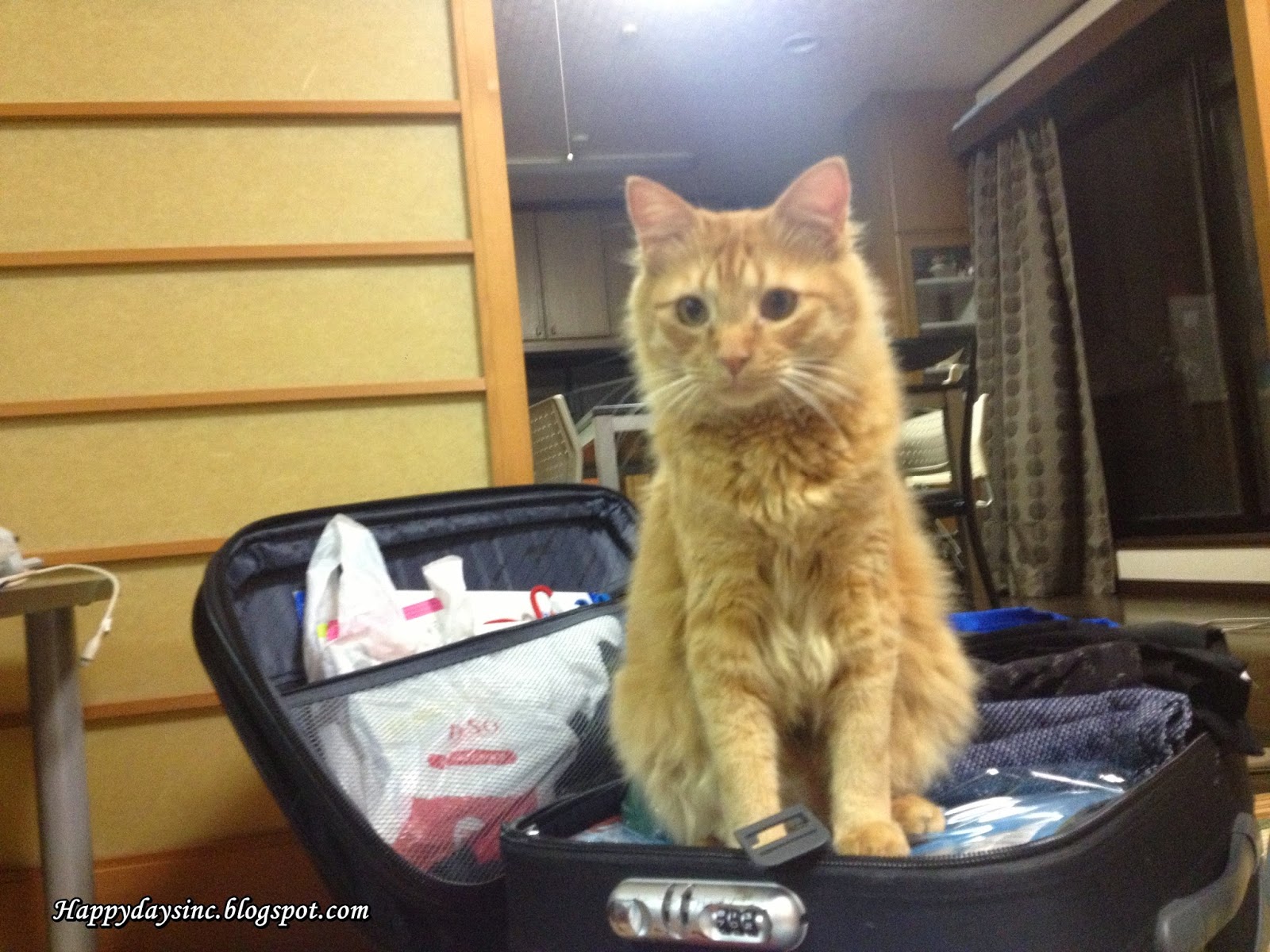