In Japan, it would now be in the middle of summer for them and with the rainy and humid days comes festivals and summer fairs. The best of Japan's street food are bountiful around this time as tourists will find stalls and stalls of food at these festivals. And believe me....they are delicious. 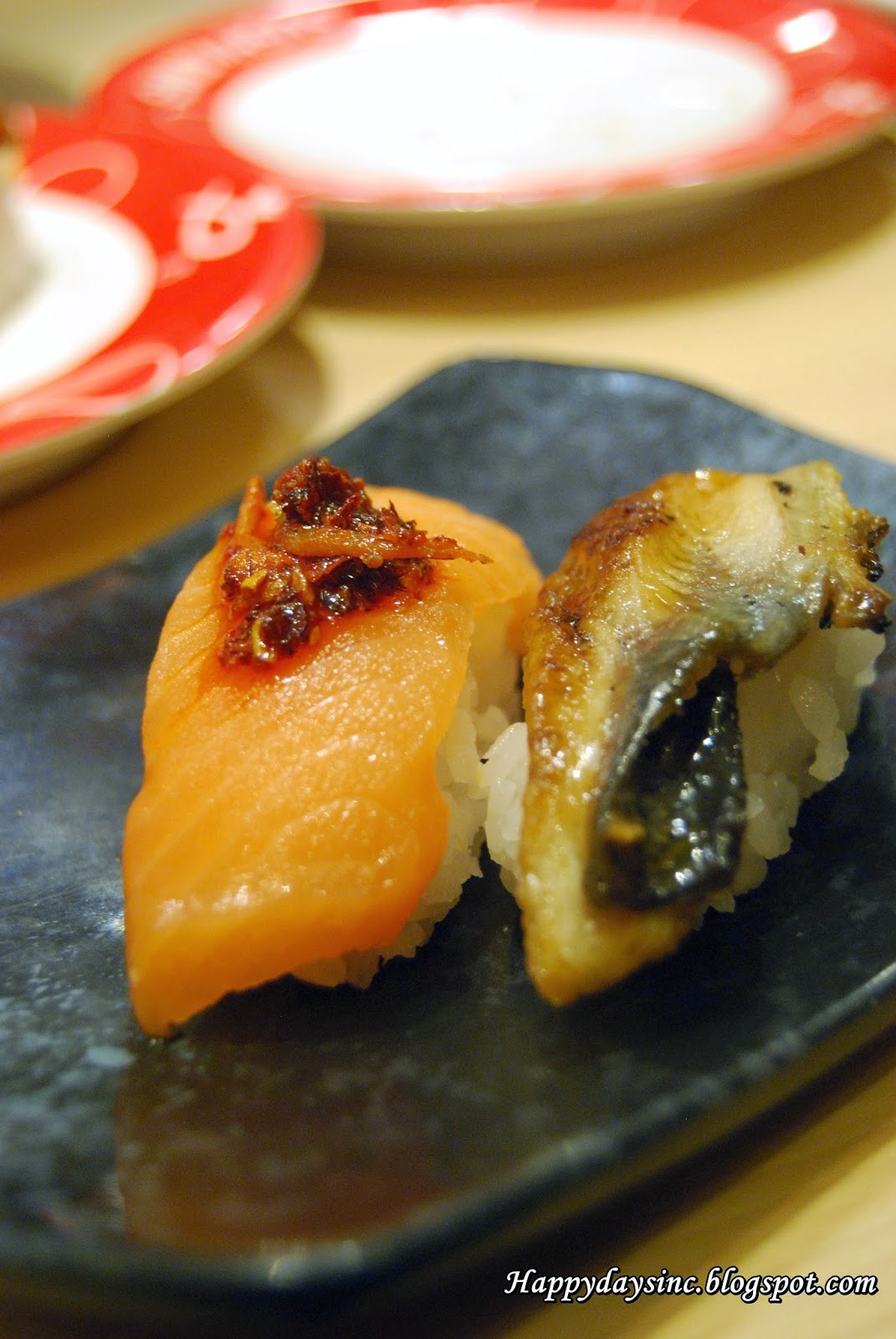 But for a taste of Japanese street food closer to home, Sushi King's Street Food promotion offers just that. Running until the end of August 2014, Japanese cuisine fans will find fusion mouth-watering delicacies inspired from the streets of Japan. 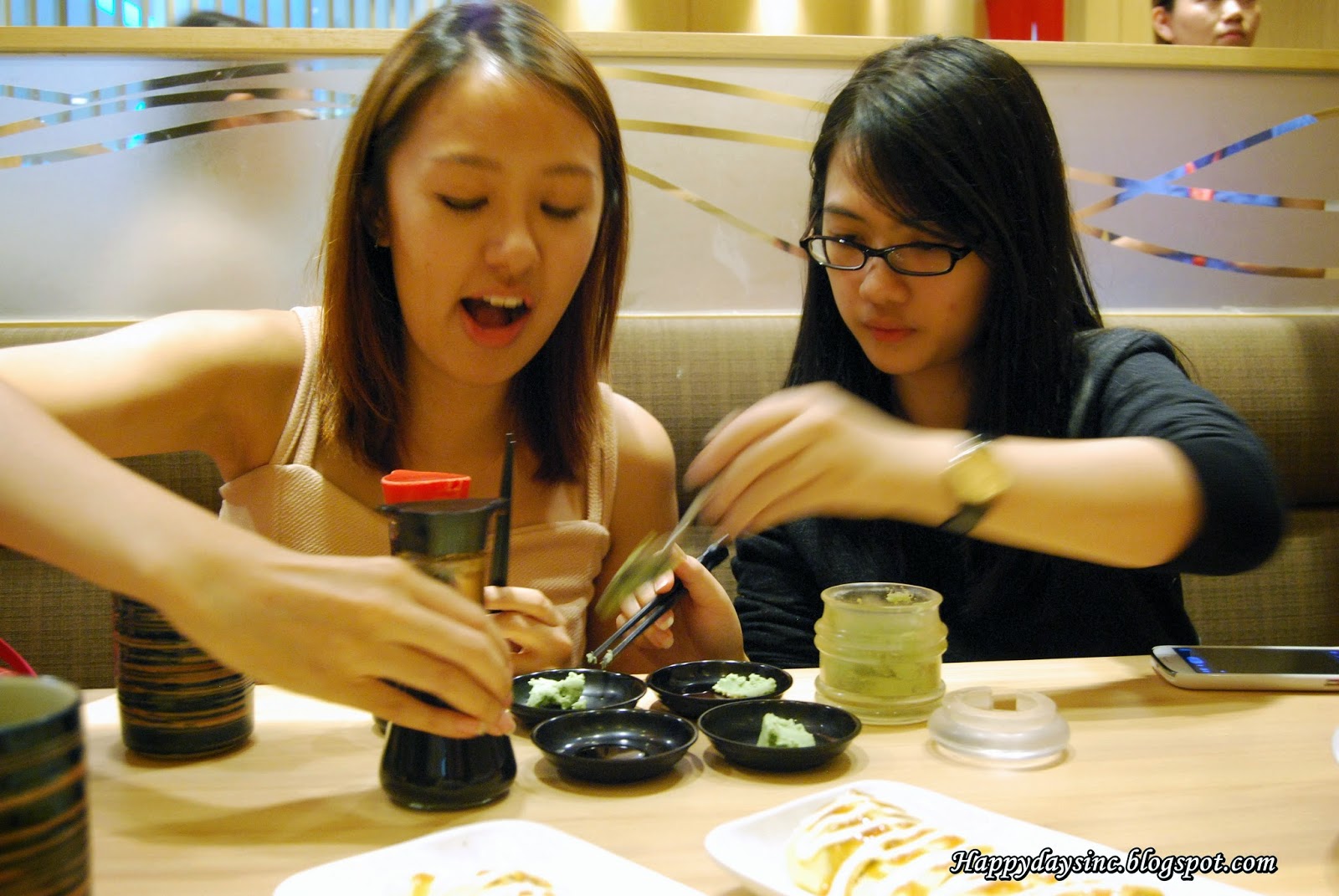 The Spicy Salmon Nigiri immediately caught my attention with the local taste of chilli flakes atop each fresh raw salmon slices for that additional kick. You can opt to skip the wasabi on this one or just pile it on, it is up to you. Priced at RM5 per plate, the Spicy Salmon Nigiri was a good start to any meal. 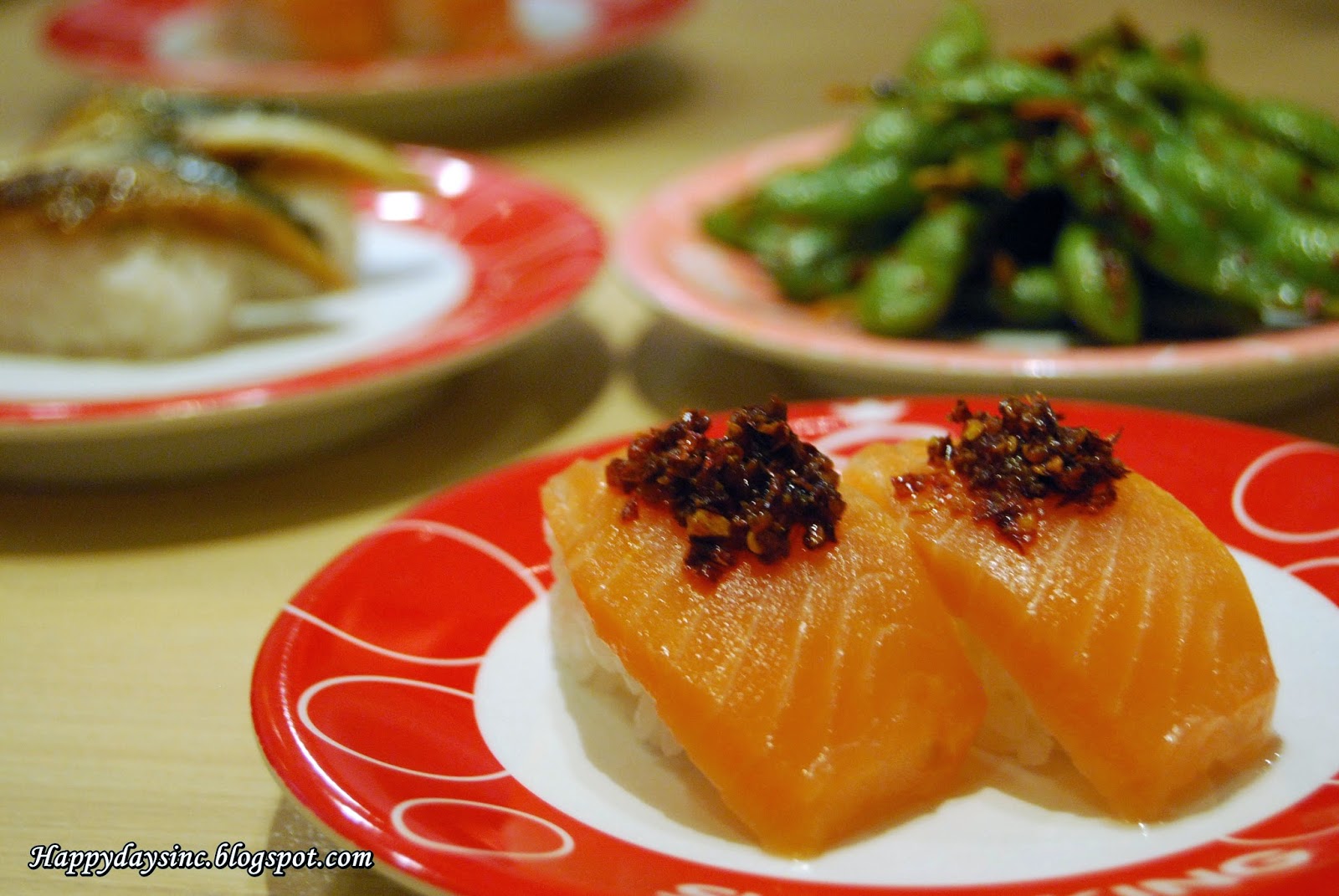 For something tamer and more familiar on the tastebud, the Unagi Nigiri is priced at RM5 throughout this promotional period with its original price at RM6. Considering the generous amount of eel given, it is a good plate to try. 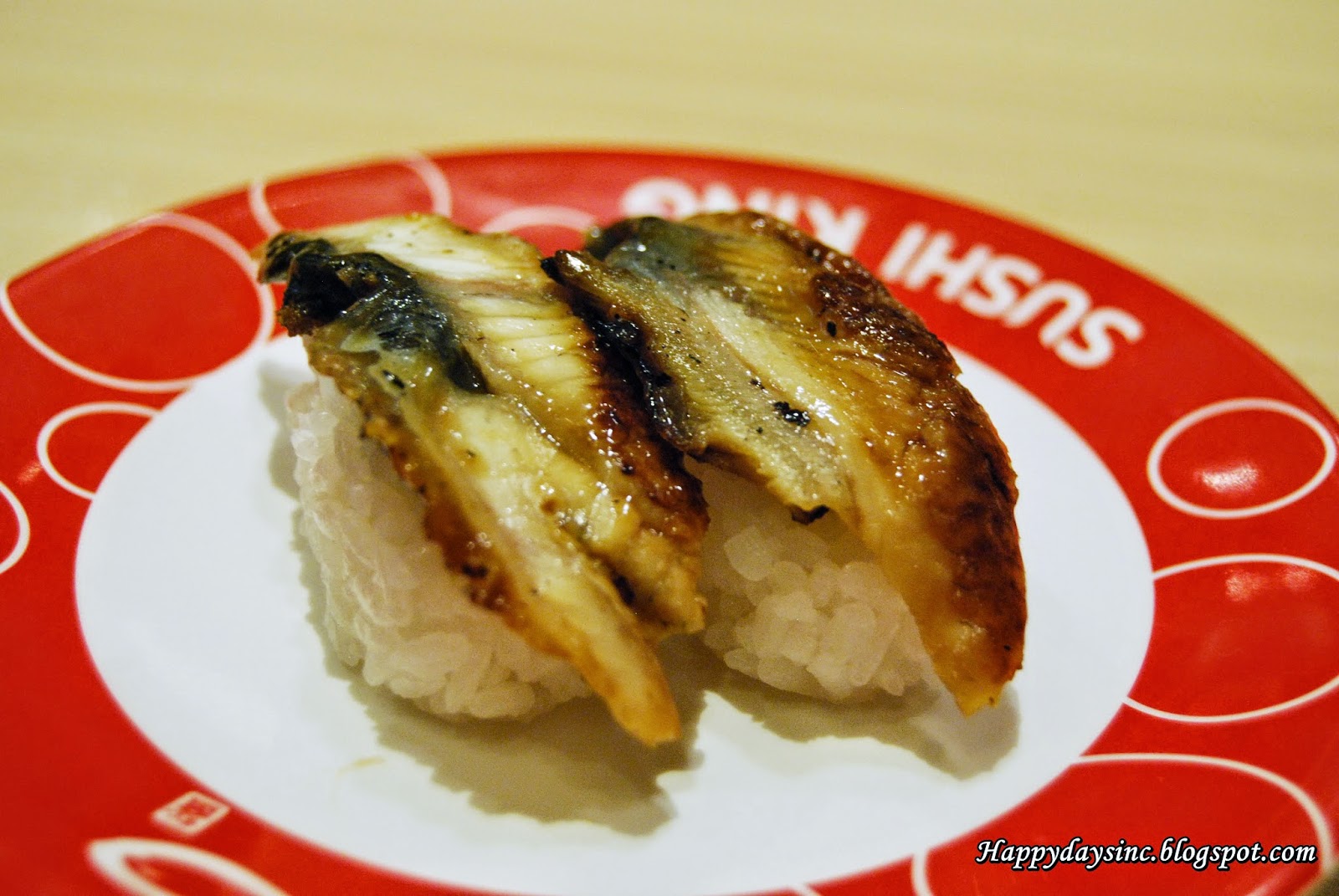 The Pumpkin Tenpura was an instant hit amongst my friends and I with its sweet and light taste that had us reaching for it throughout the night. It was first introduced in May and based on its popularity, has a good chance of being a permanent fixture to the menu. At the moment, the Pumpkin Tenpura will be available on the menu for the summer period. Priced at only RM5, this dish offers battered pumpkin slices deep fried to perfection. 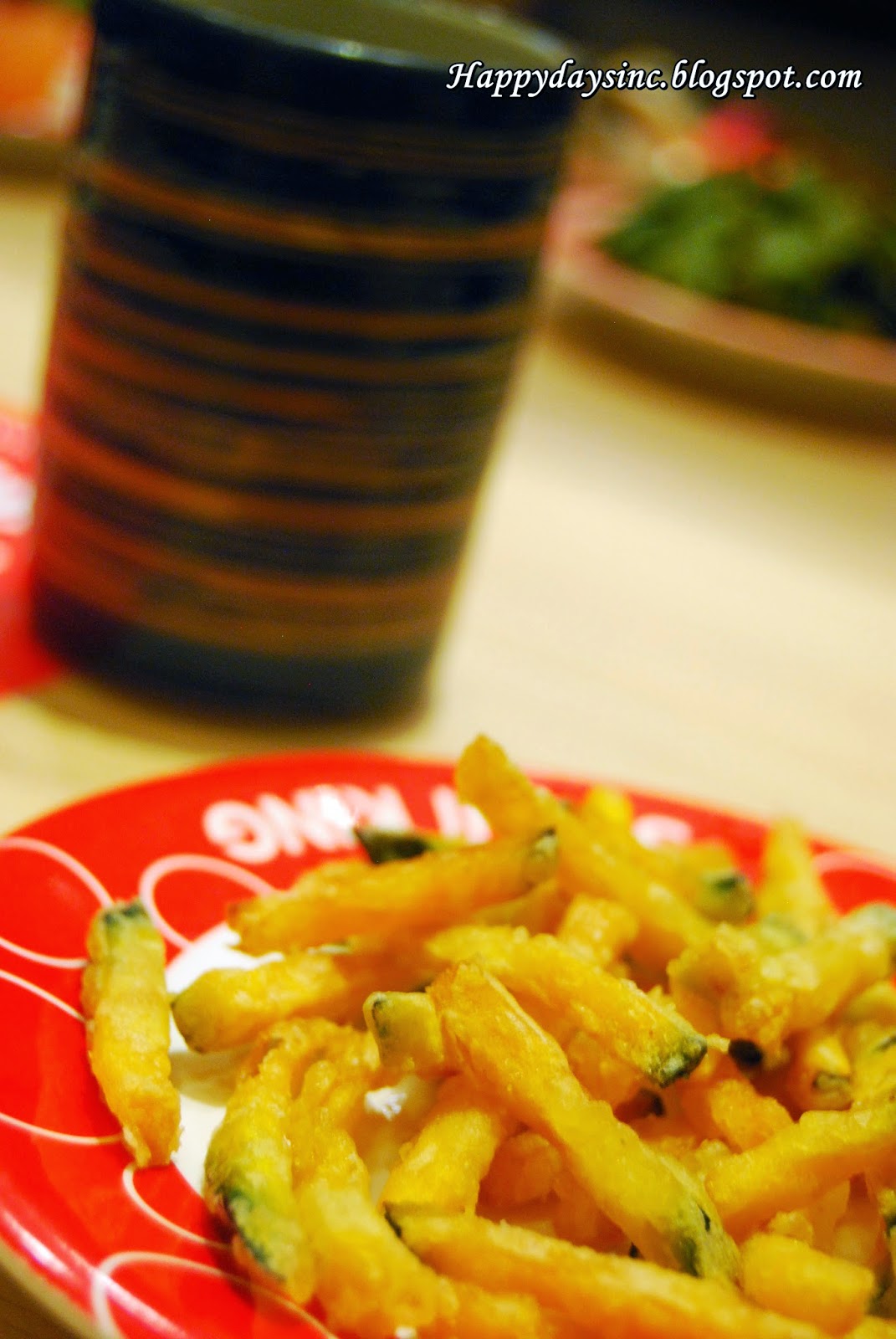 My mom loves edamame although I can never fathom why. But Sushi King's Spicy Edamame takes a classical Japanese dish and gives it its own spicy kick with chilli flakes. It was surprisingly quite yummy and would make for a nice snack at RM4 per plate. 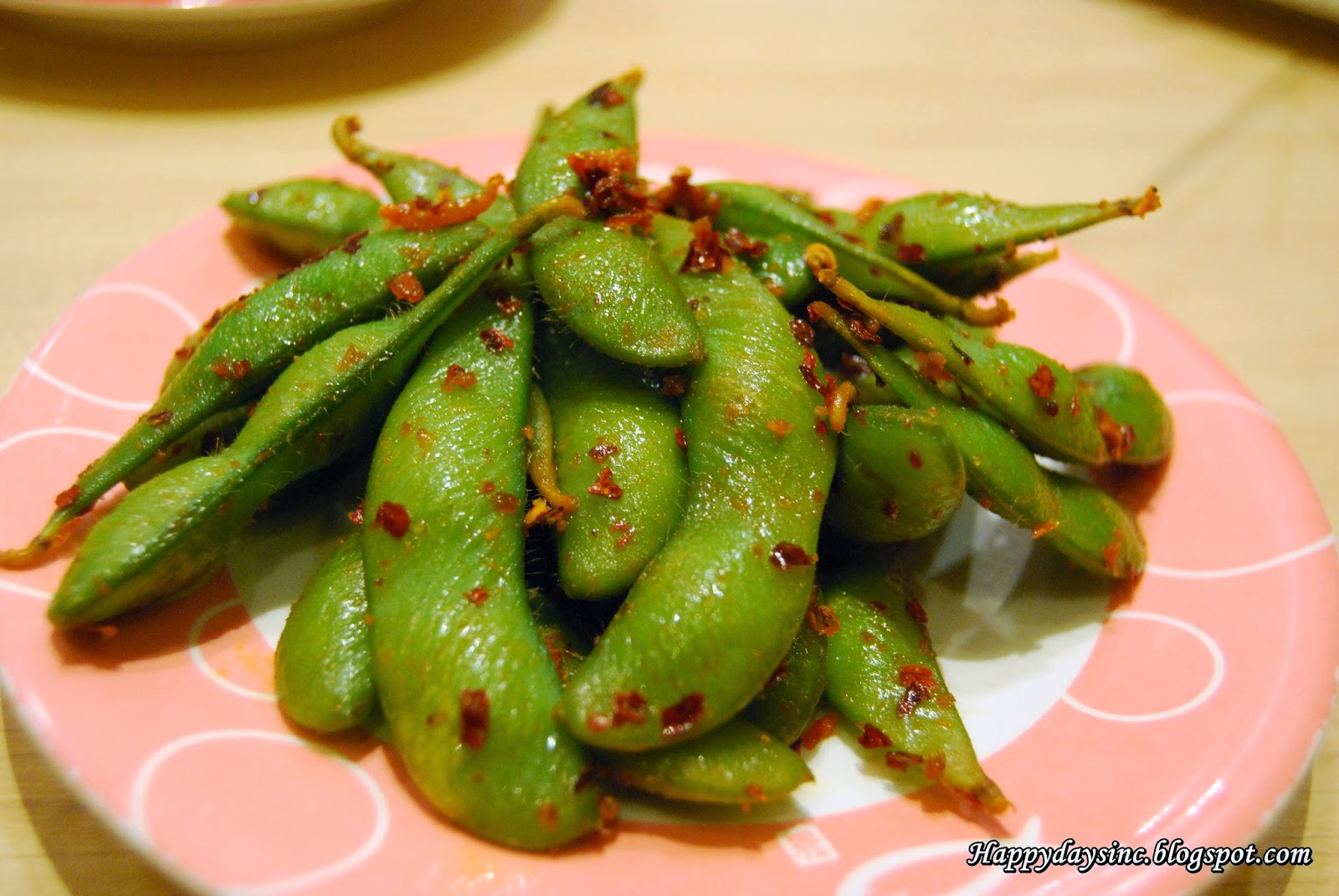 It was with the tenpura takoyaki that we discovered Sushi King's secret ingredient to their summer promotion. Topped with okonomi sauce and mayonnaise, the Takoyaki Tenpura adds a nice bite to the outer part of the snack before releasing its heat inside. It was perhaps the only way I could get the closest thing to a Japanese Takoyaki in Malaysia and at only RM6.90. As for the Okonomi sauce, it tasted like sweet BBQ sauce but with a sourish aftertaste that made me want more. 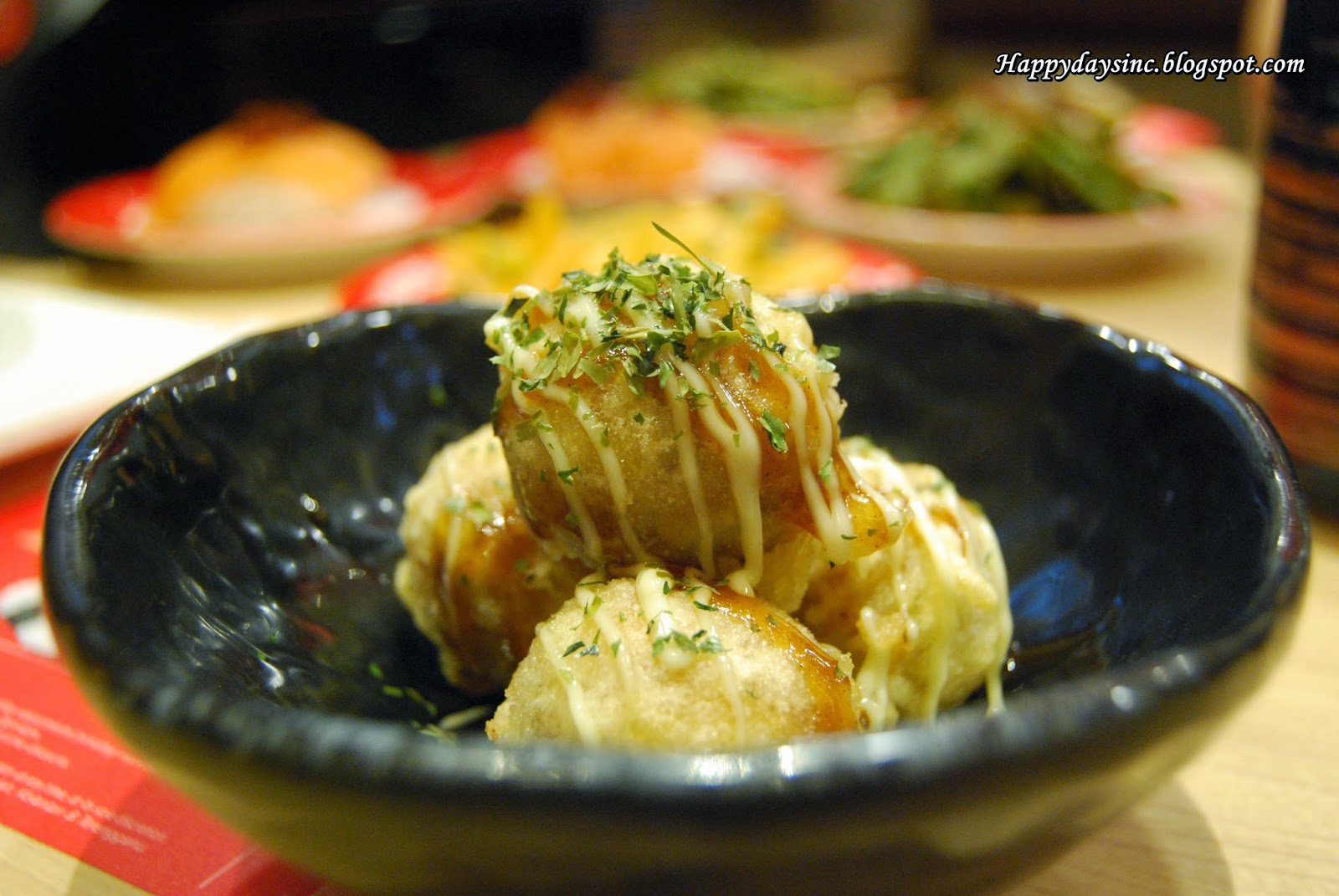 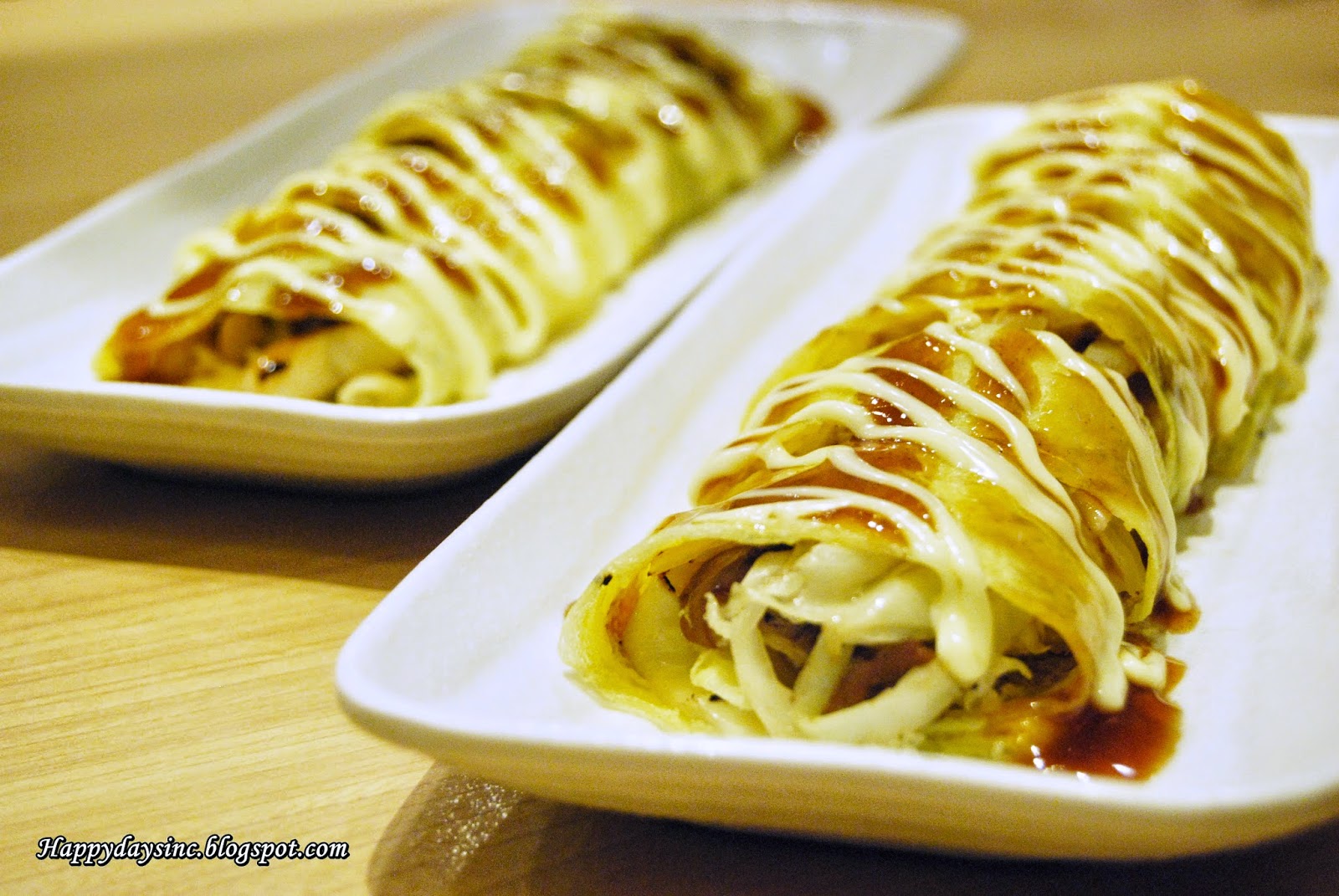 The Kushiage Moriawase dish was a meal on its own with five types of Japanese skewers that are deep fried. At RM11.90, this dish comes with deep fried prawn, scallop, chicken nugget, mushroom and long beans and is served with their secret-not-so-secret okonomi sauce for an additional twist. 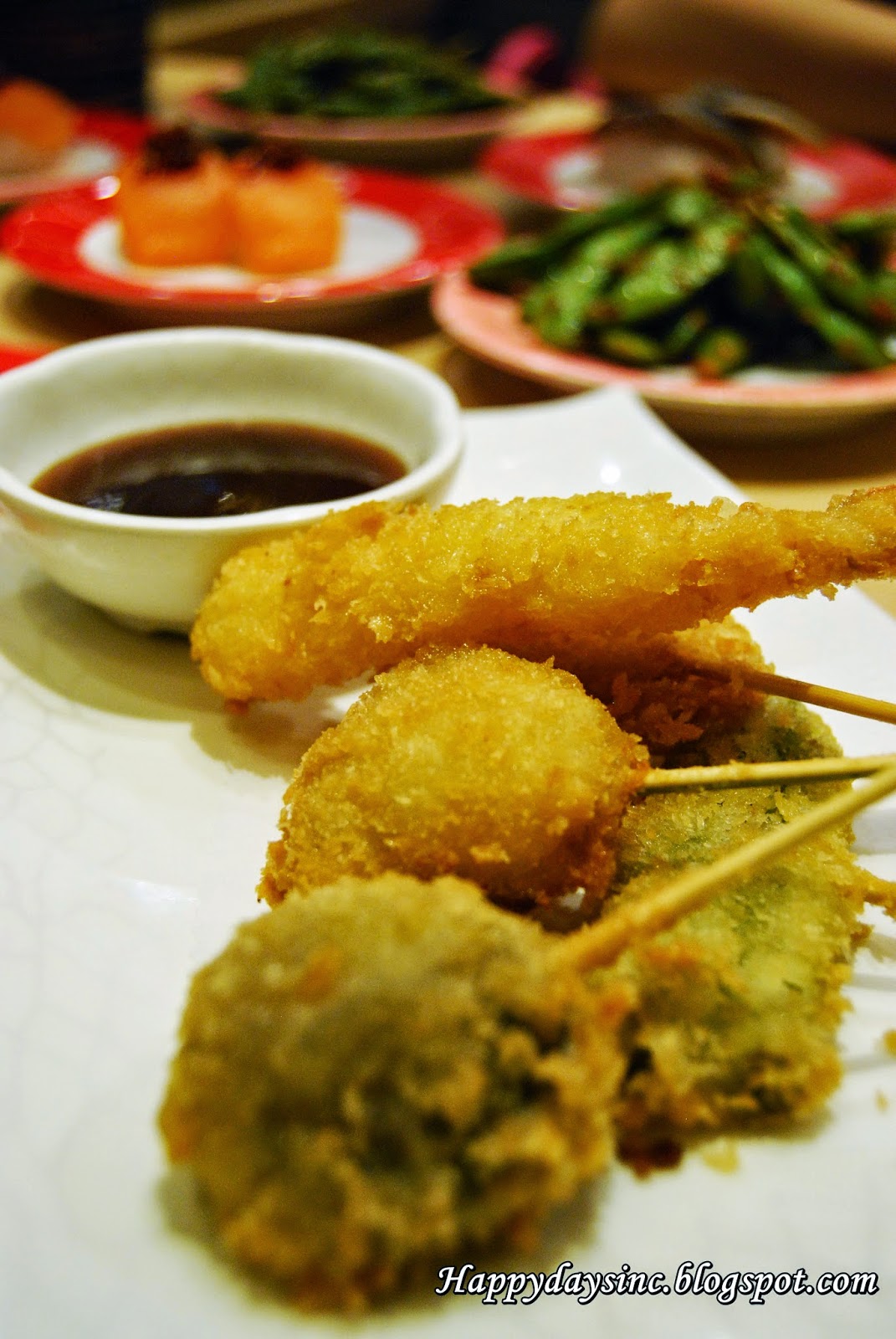 Or if you prefer something similar and with rice, there was also the Kushiage Bento. With the same five skewers as the Kushiage Moriawase, the bento meal also comes with fried salmon steak and soft Japanese rice that will be definitely fill your tummy. Only RM16.90. 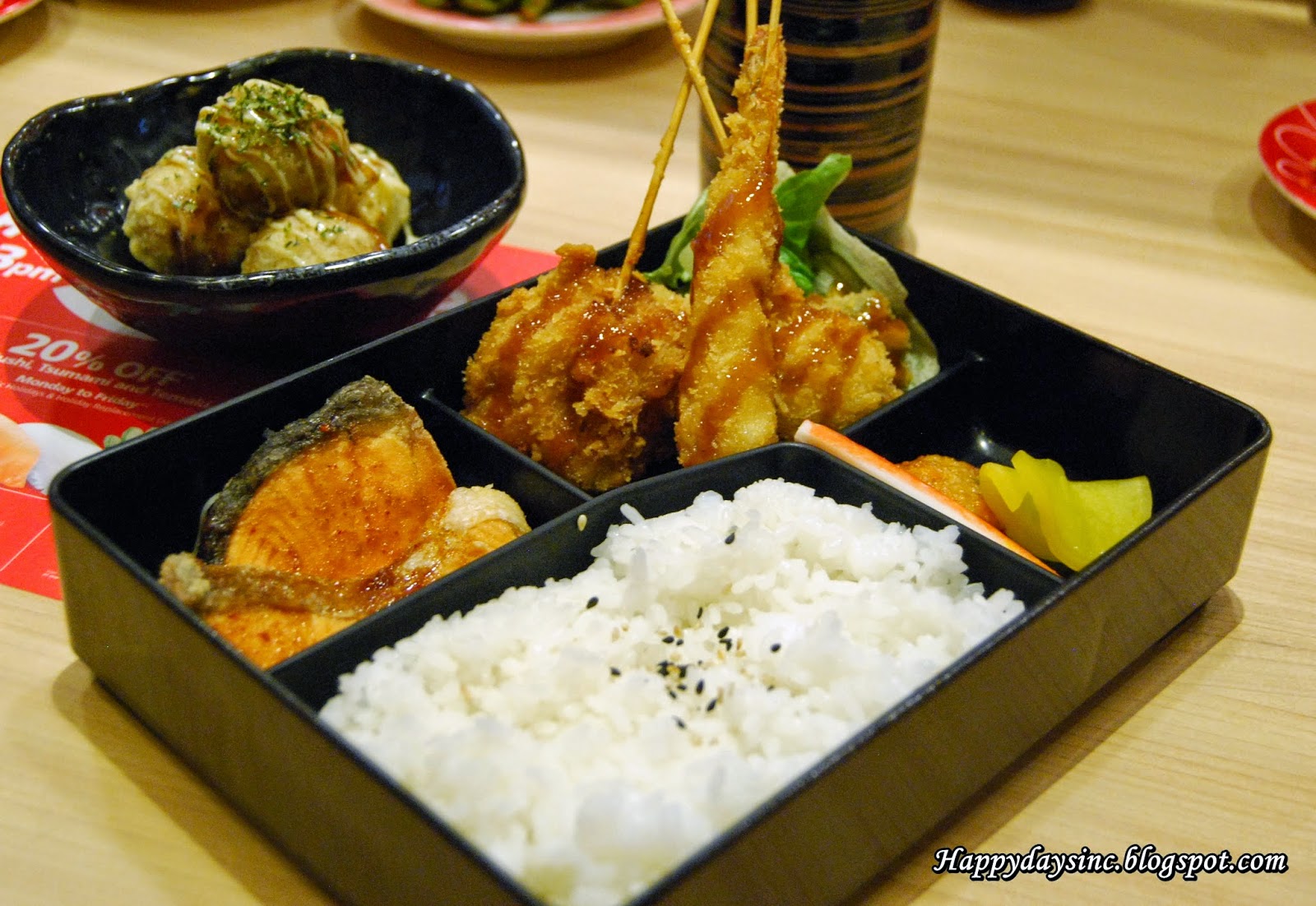 Udon fans are not left out too as they can look forward to the Chicken Yaki Udon, Japanese wheat noodles fried with okonomi sauce and mixed vegetables. The deep fried chicken bites serves up some bite to this dish. Although not my favourite, I am sure noodle fans will like it. The Chicken Yaki Udon is priced at RM13.90. 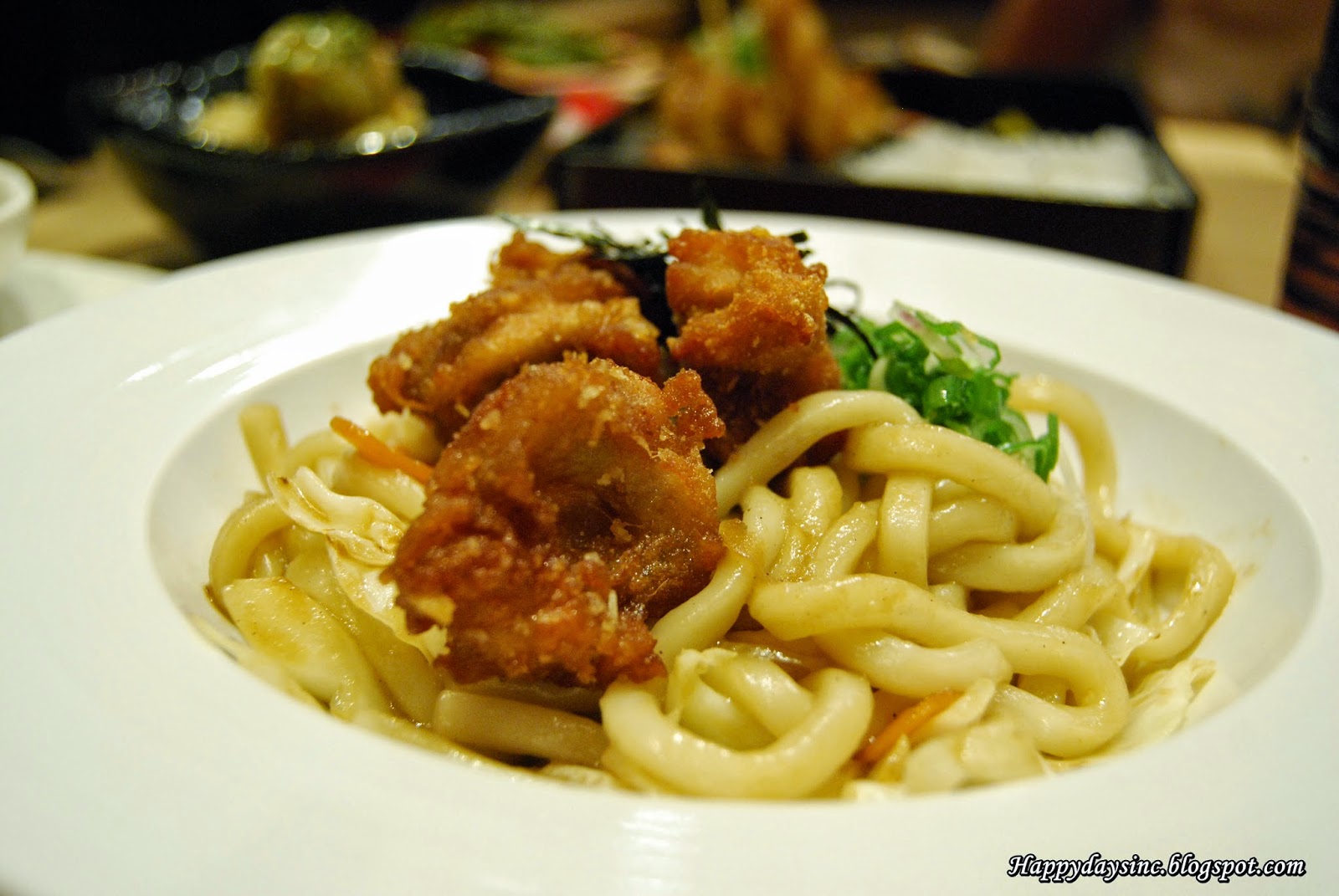 To wash down all the yummy food, Sushi King has also brought in Ramune, a popular carbonated drink from Japan. The fizzy Ramune doesn't come with a bottle cap but rather a glass ball that blocks the opening using the pressure from the gas inside. 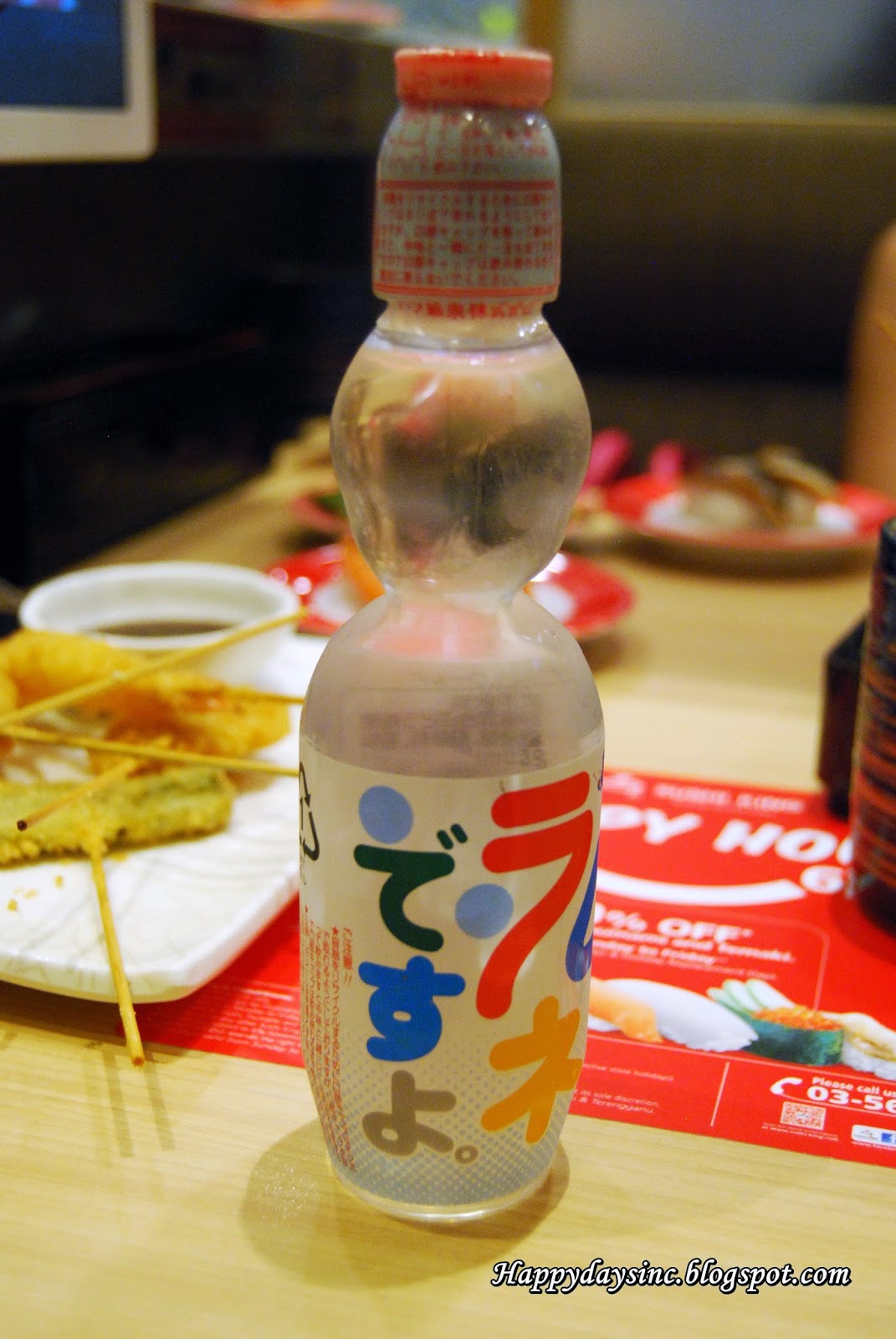 In Japan, a game was made out of this drink where people would try to get the marble out without breaking the glass and if one manages to do so, they win a prize. 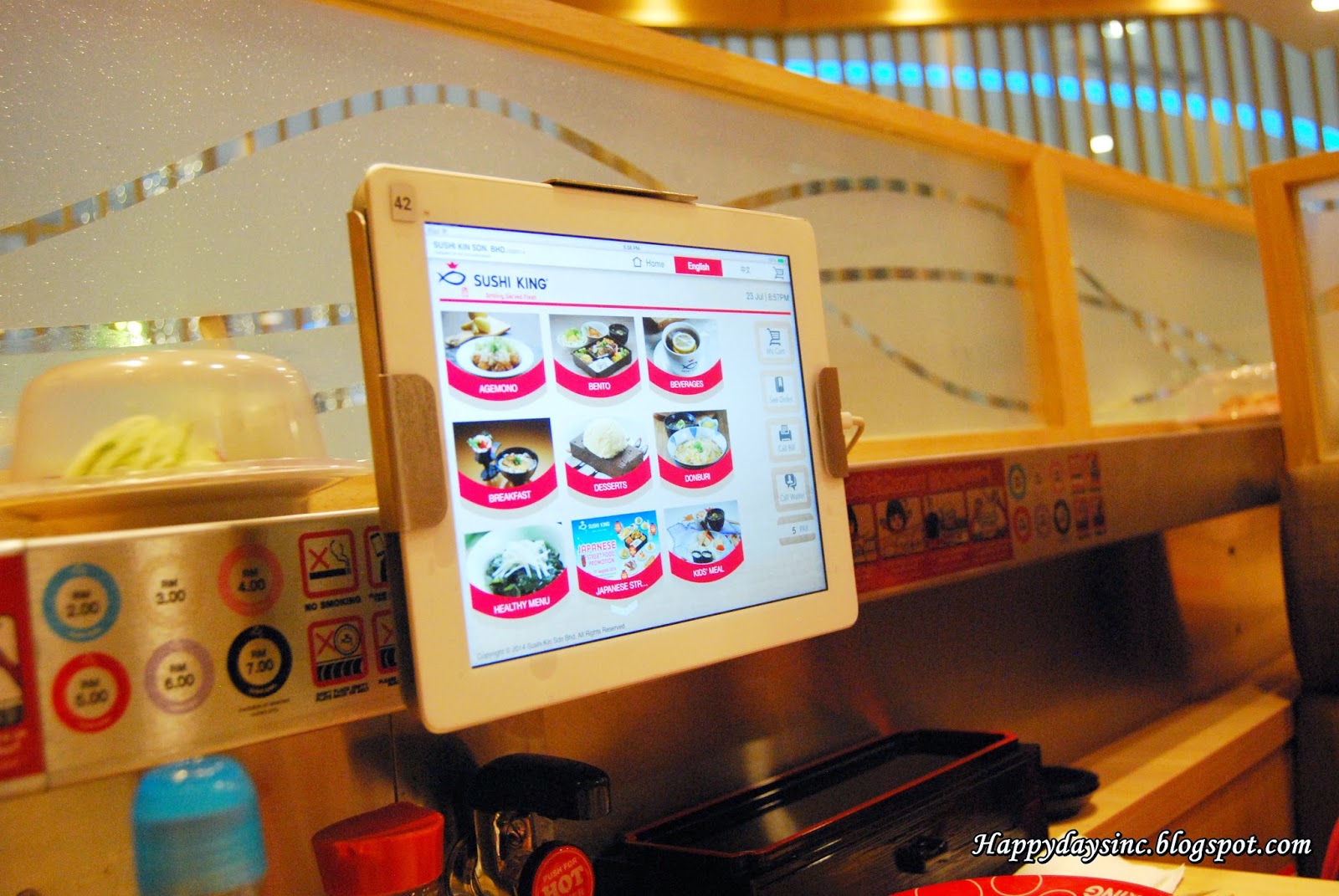 To make ordering easier, Sushi King has also installed a touch-screen tablet at each table in the Sunway outlet and will begin doing so in all its outlets soon. 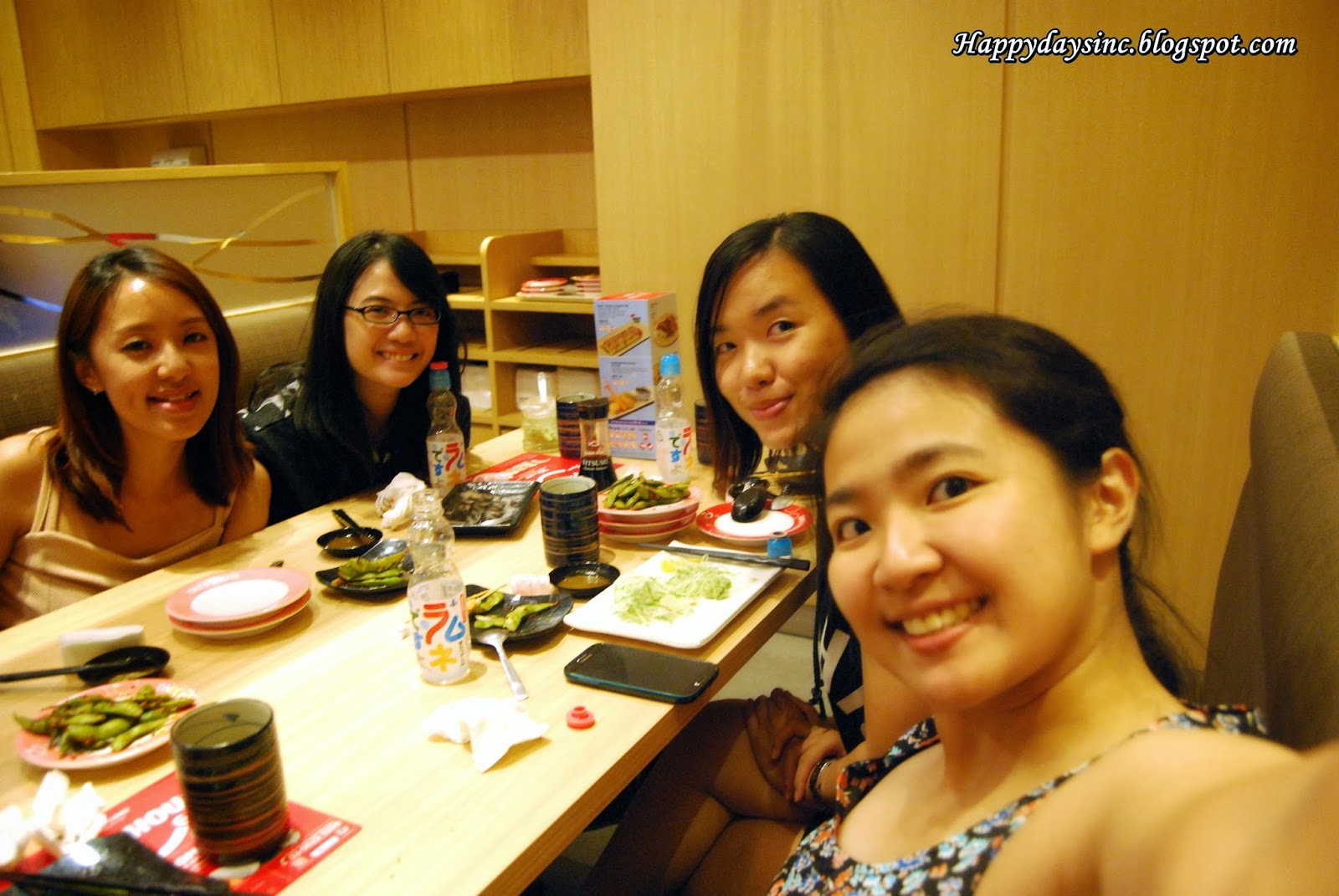 The Sushi King Street Promotion runs until 31 August so if you want your Japanese fix, better hurry.

*This food review was an invited review but the thoughts and opinions are the writer's own.
Posted by Tania at 4:36 PM

Professionally written blogs are rare to find, however I appreciate all the points mentioned here. I also want to include some other writing skills which everyone must aware of.
Valentine’s Day in Bangkok