Adding to the number of coffee hideouts popping up around Kuala Lumpur and Petaling Jaya is the gorgeous Three Little Birds Coffee Cafe located in the secret garden building D7 in Sentul, Kuala Lumpur. 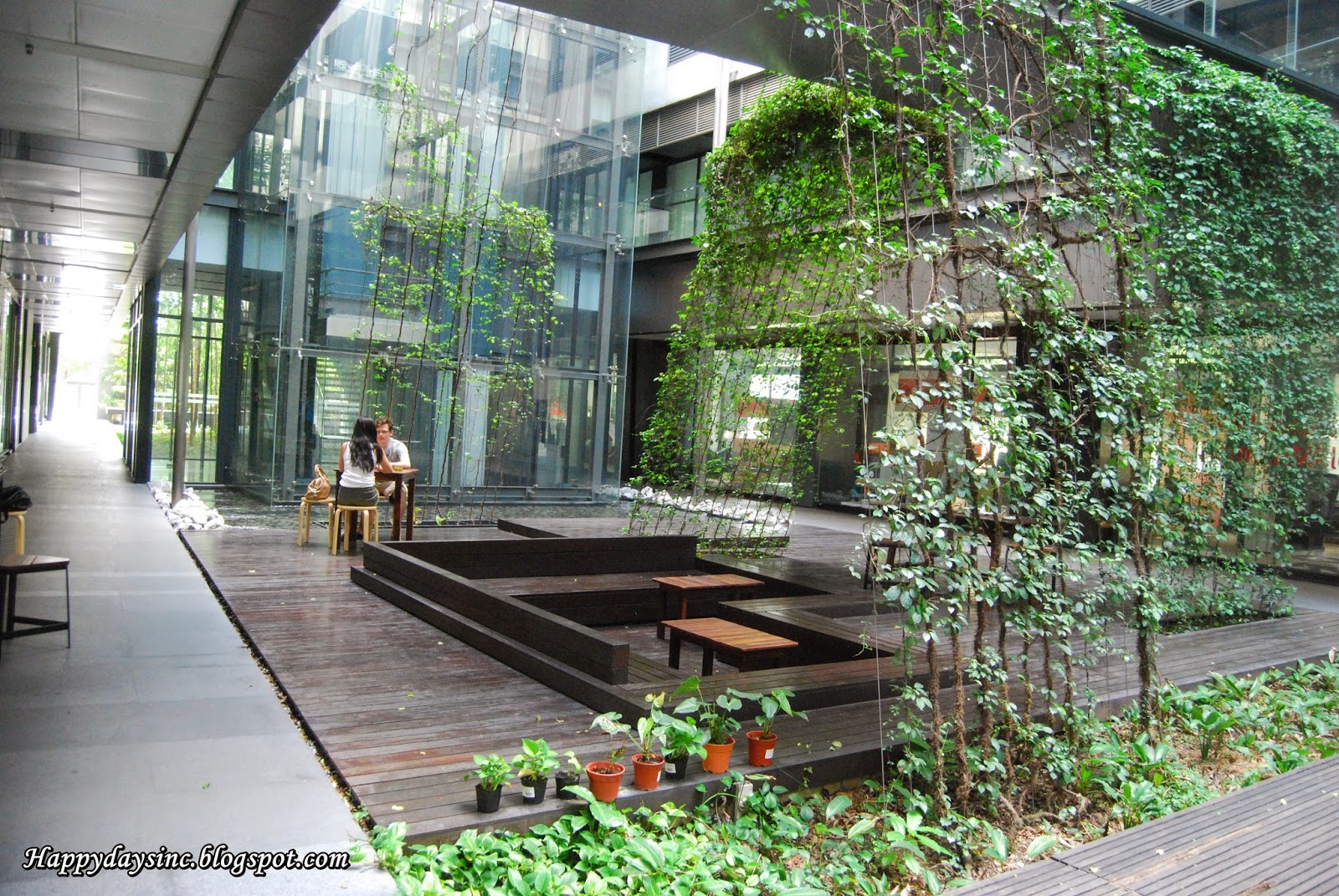 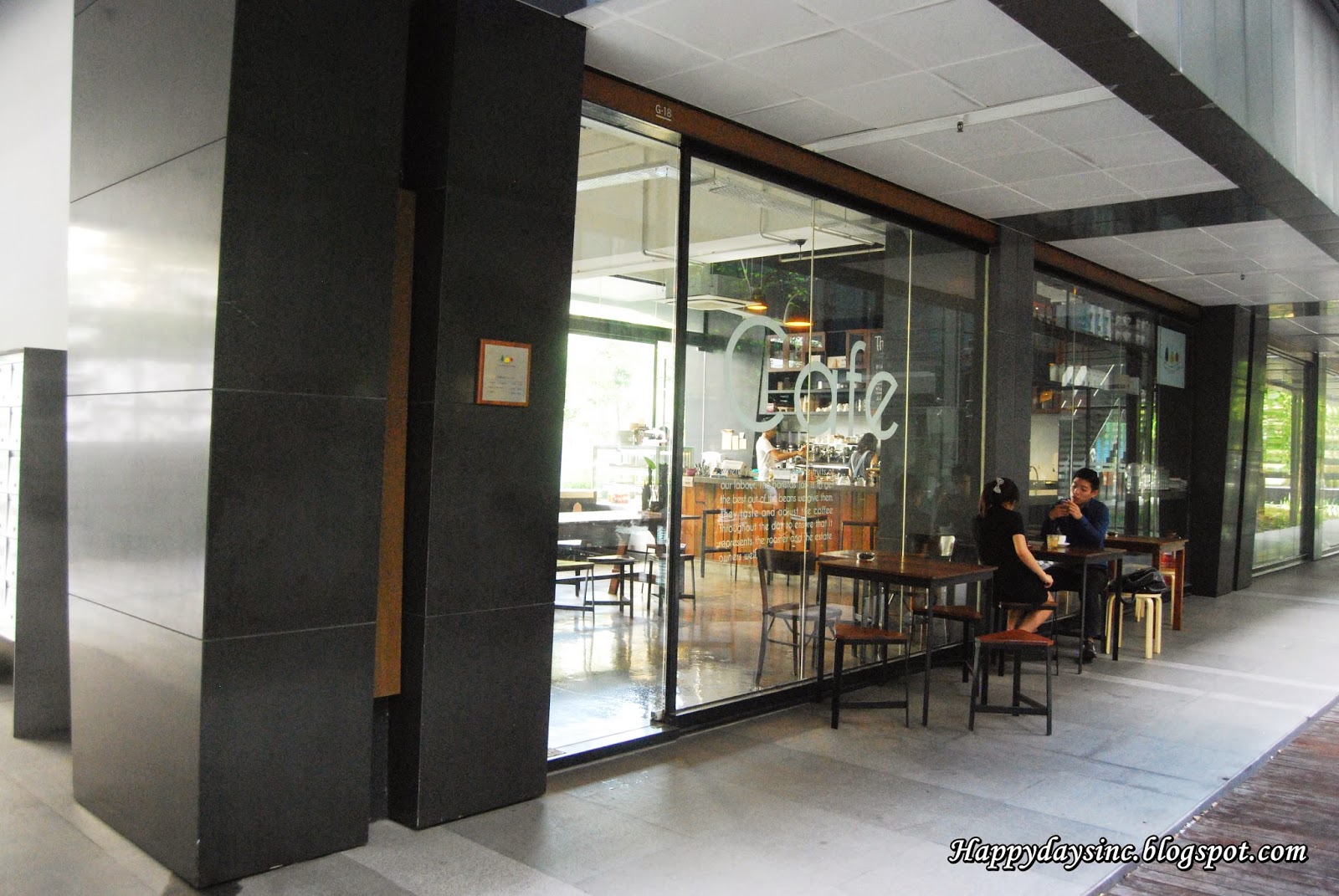 Isabel, Senri, Elie and I headed to the cafe early in the morning over the weekend and found a quiet green hideout with no crowd, no haze, no noise...just serene peacefulness. 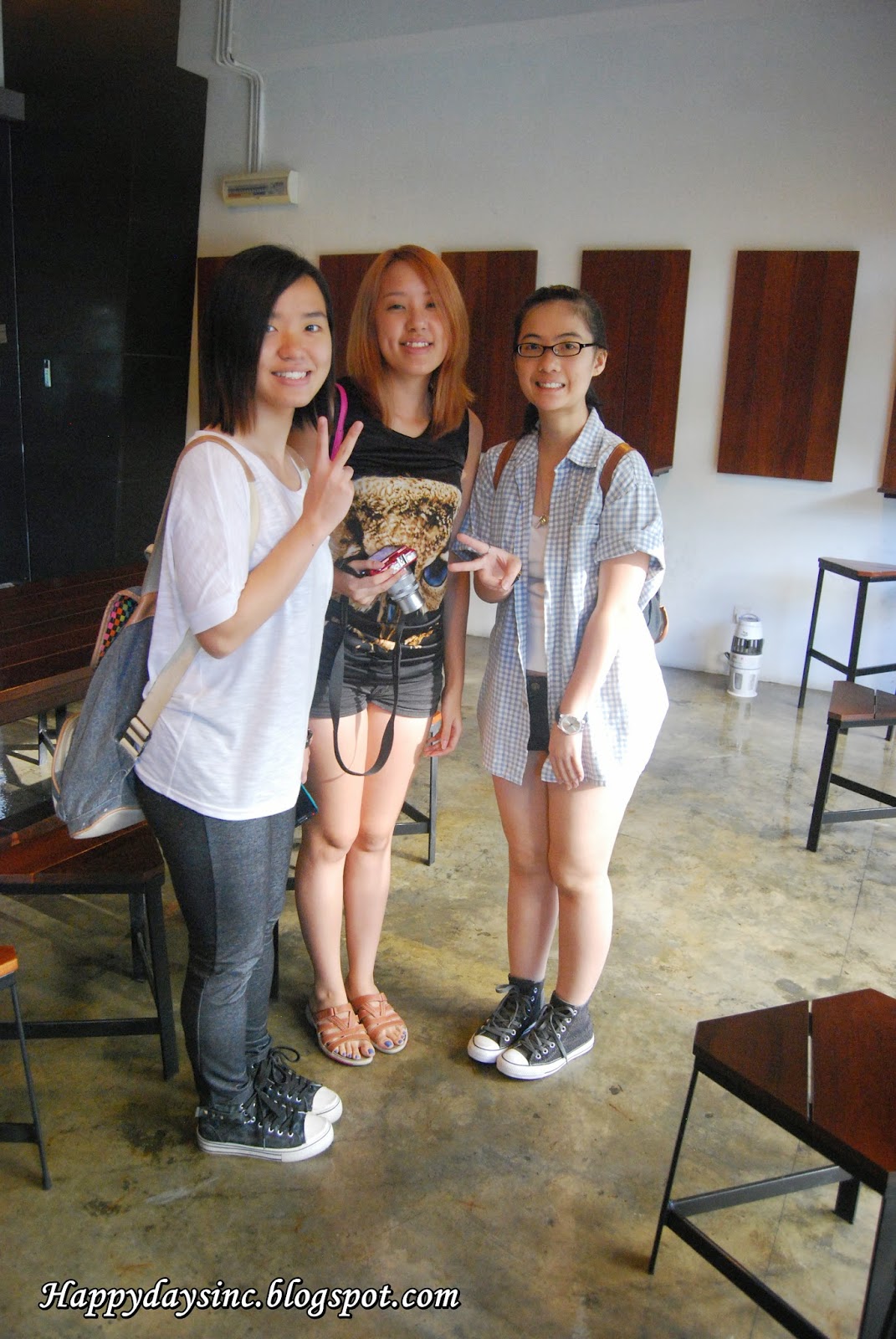 I was pretty sure the barista was holding back a facepalm when four girls armed with three cameras and a camera phone entered the cafe and started snapping away at the interior. We couldn't help ourselves. The cafe interior was clean, simplistic and had a back-to-nature ambiance about it from the wooden tables, shelves and chairs to the 'wet looking' cement floor to the sunlight streaming in though the ceiling-to-floor windows. 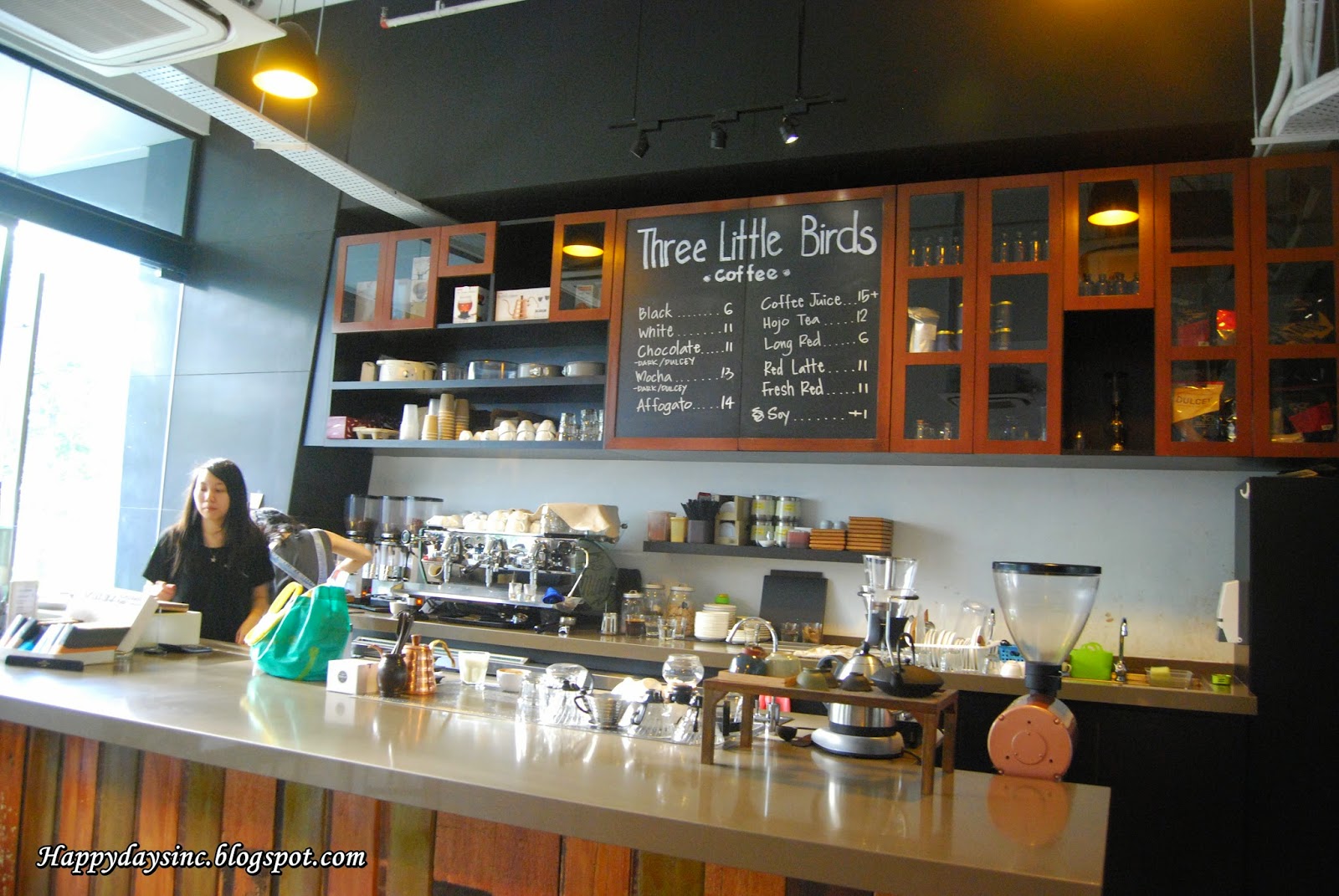 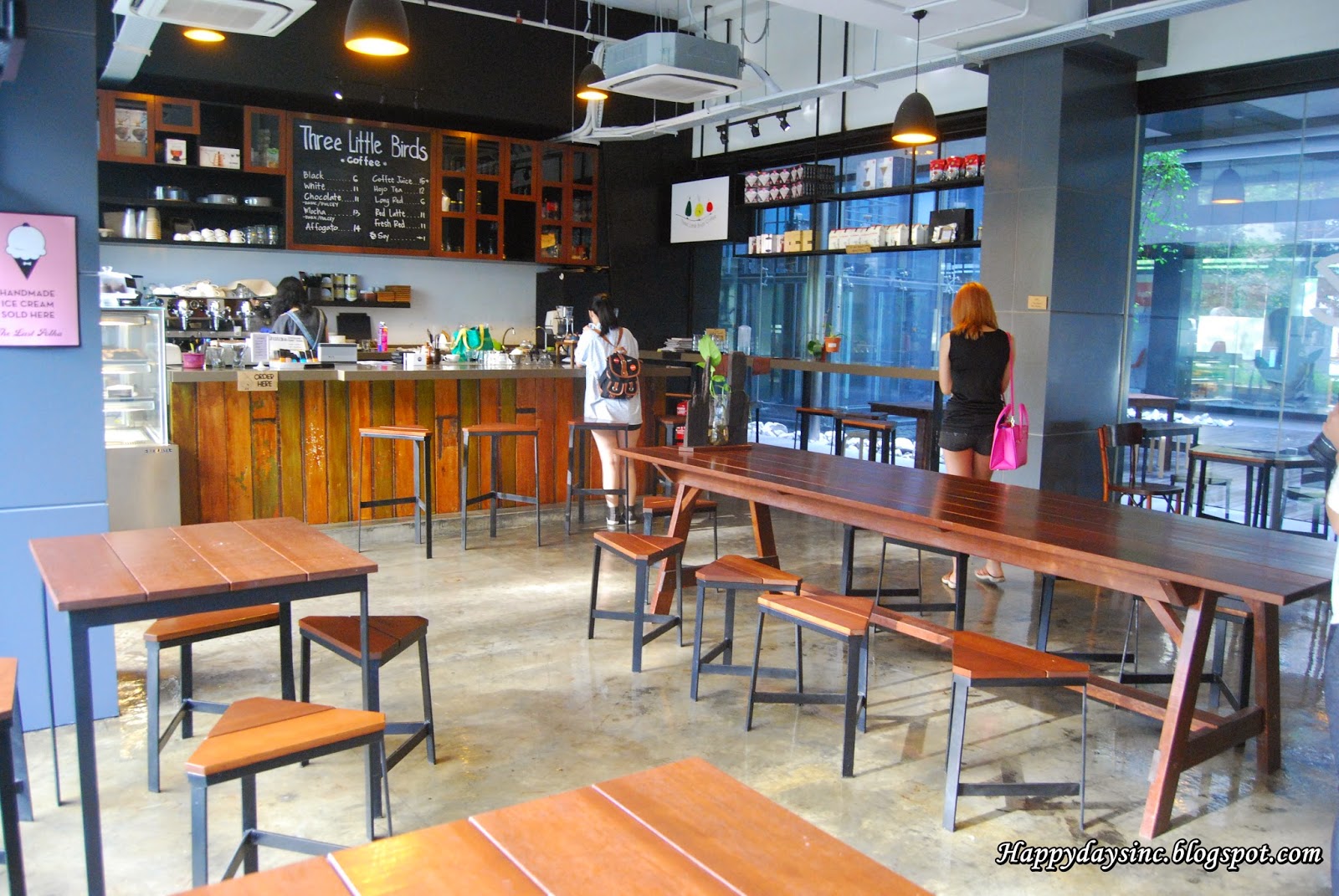 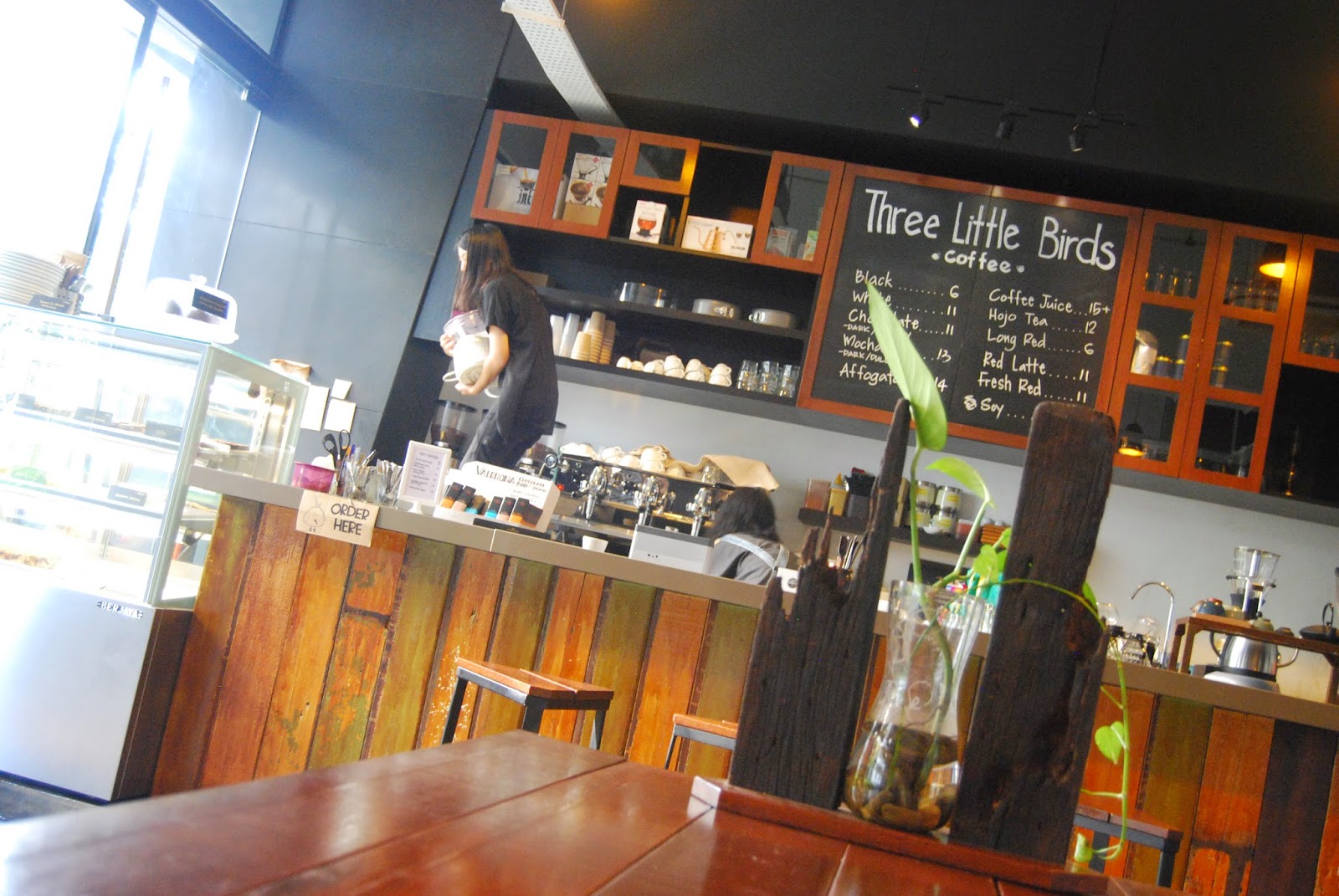 Once we had ordered, we adjourned to the outdoor sitting area, claimed a table and resumed our shooting of everything. 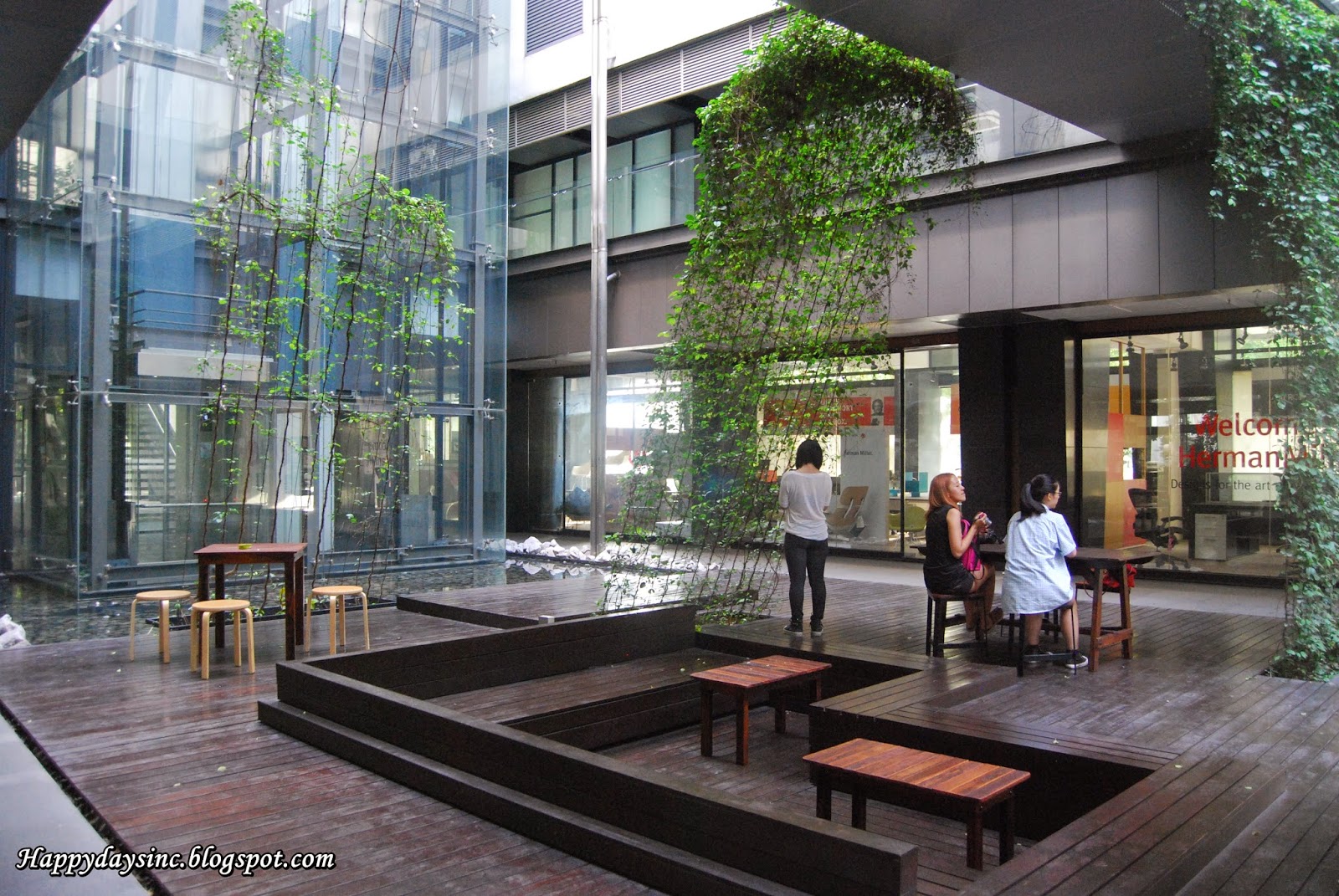 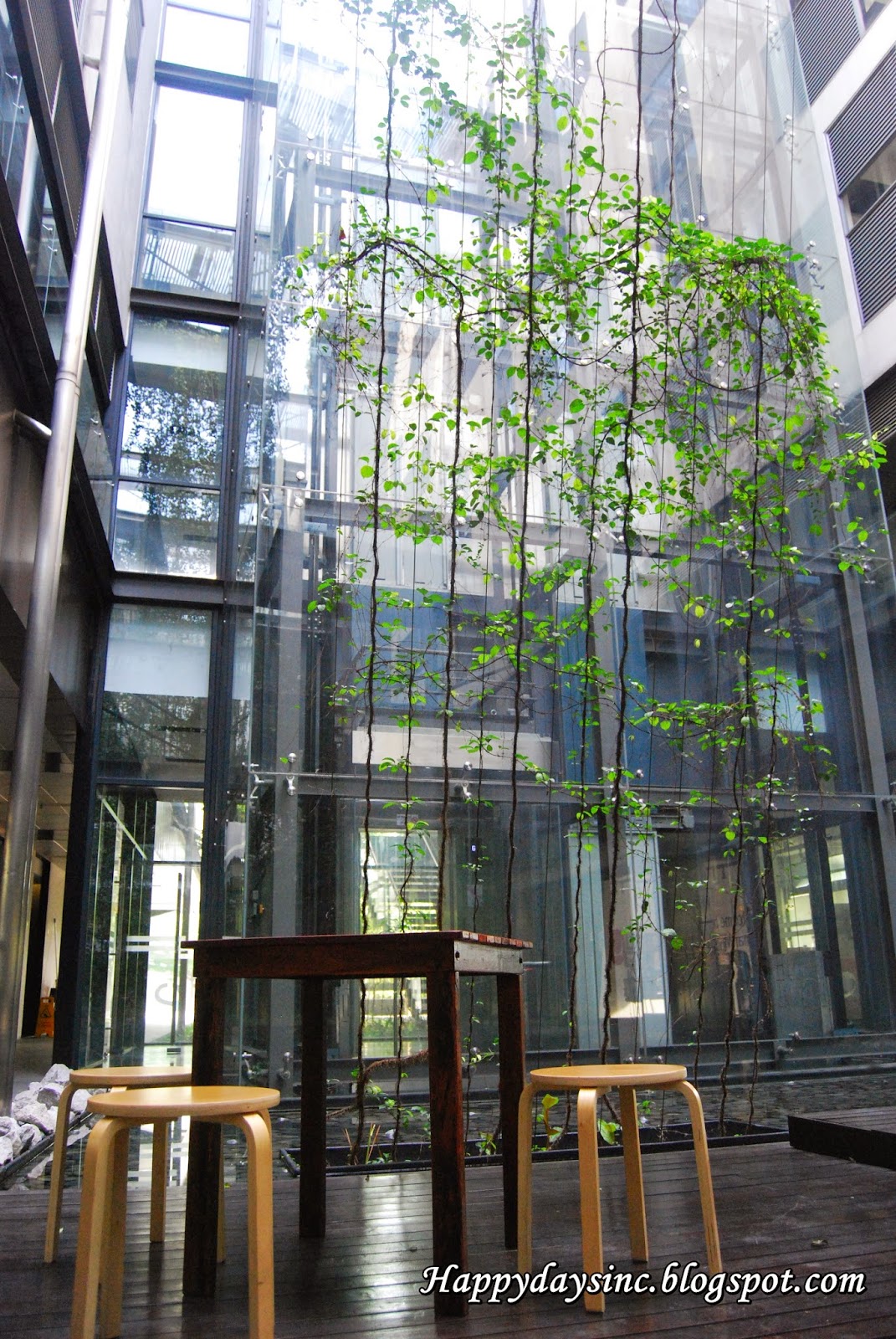 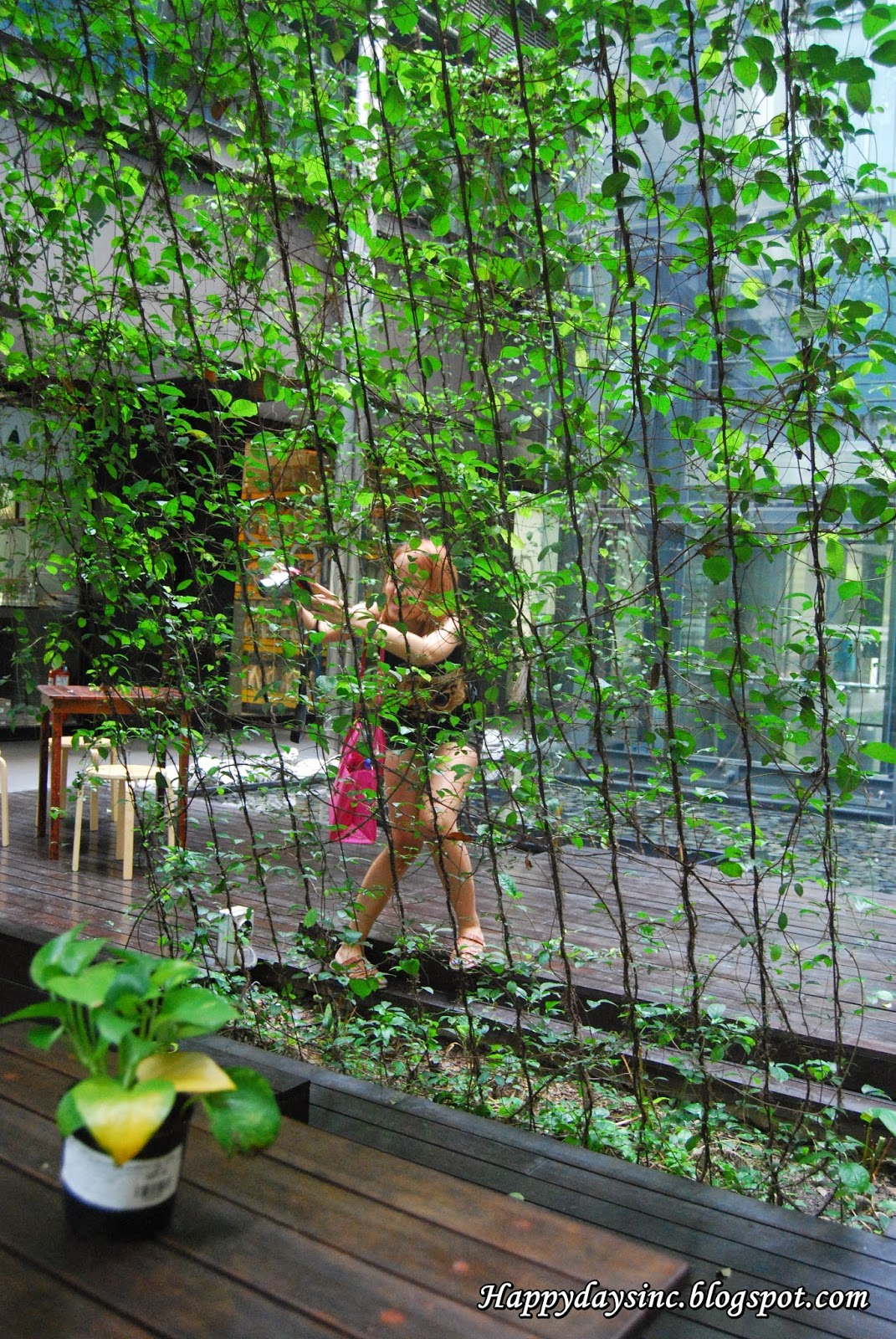 Our drinks came one at a time. Elie's dark mocha was smooth, harbouring bitter sweet flavour which could be attributed to the Valrhona dark chocolate mixed with coffee. Isabel's Dulcey mocha was more on the coffee side with a hint of sweetness to balance out the coffee taste. Compared to the dark, the Dulcey was lighter on the tastebud but just as smooth due to the white chocolate used in it. 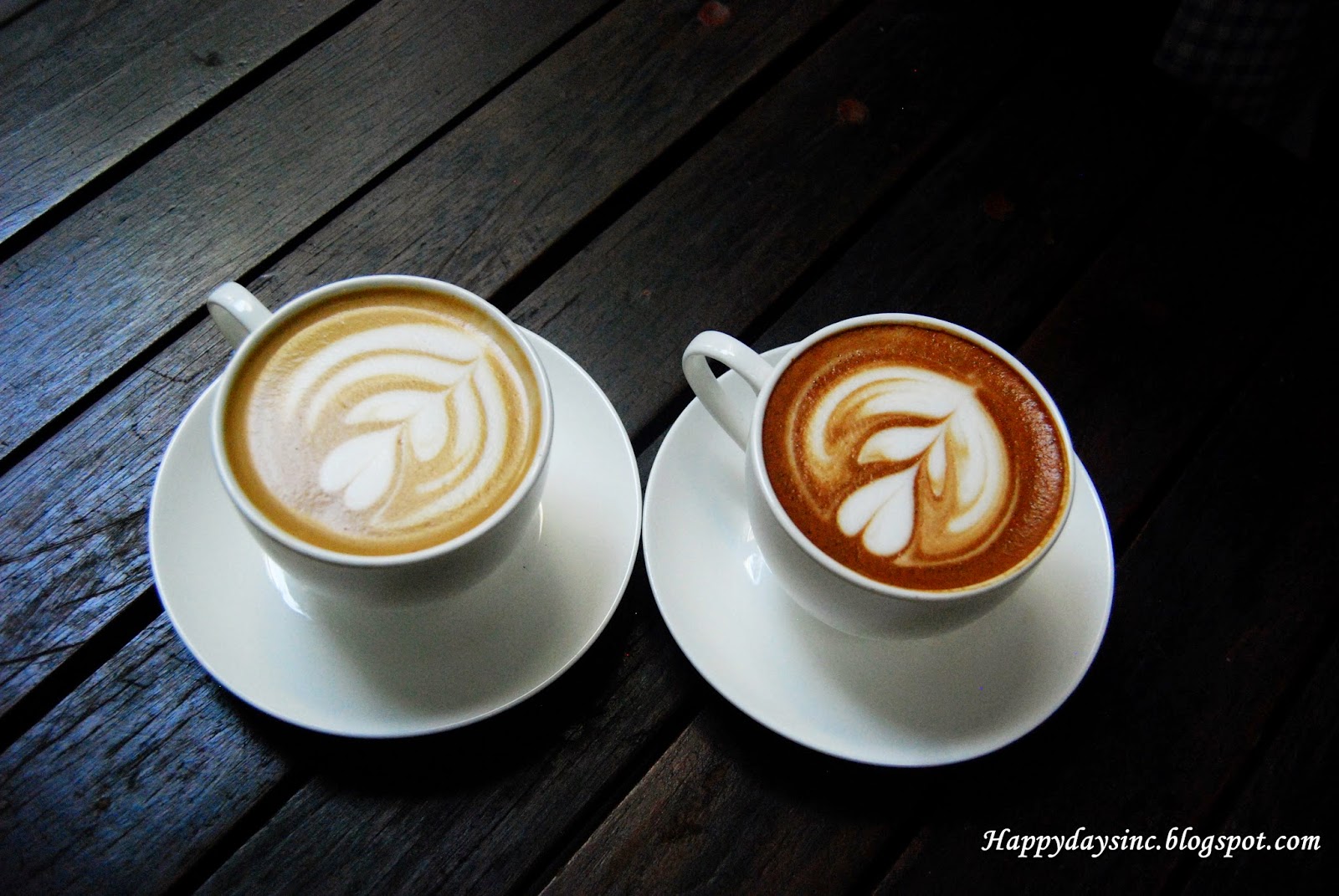 My red latte left me wanting something stronger after finishing it. Don't get me wrong. It was nice with a robust taste in each sip but it wasn't as sweet as I would have liked it. But then again, I have a notorious sweet tooth that is often satisfied by the likes of sweet, diabetes-inducing Teh Tarik so if coffee is too strong for your liking, then perhaps this is the drink for you. On the other hand, the red latte was ideal as a palate cleanser if your food consist of sweet cakes, ice-cream and chocolate bites. 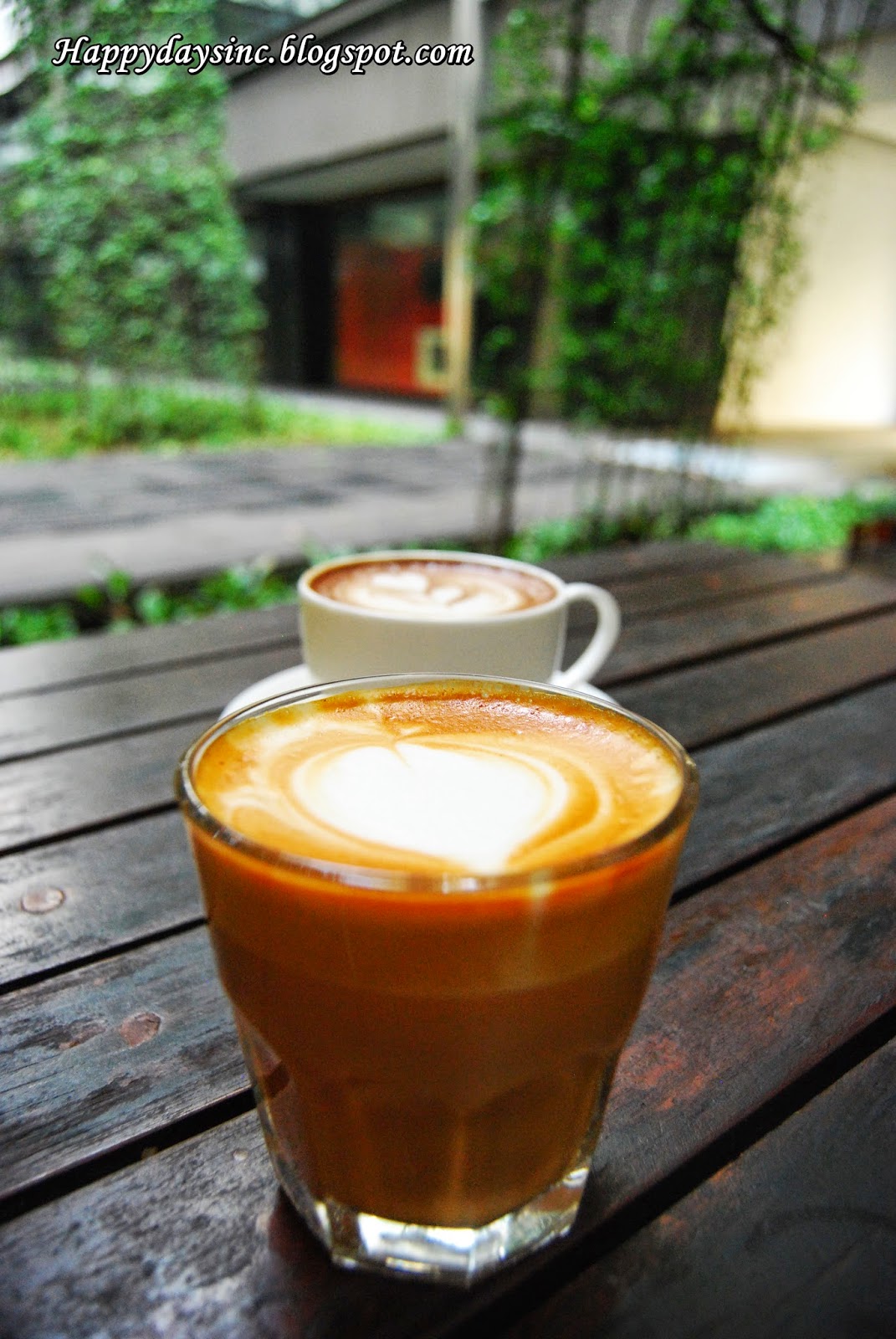 Three Little Birds croissants have been recommended for its puffiness and although they were a bit apprehensive at first to order it, I was glad Elie and Isabel did. Because their croissants with egg mayo and smoked salmon respectively was surprisingly delicious. The smoked salmon especially was a winner with its fresh juiciness sinking well with the buttery and light croissant. 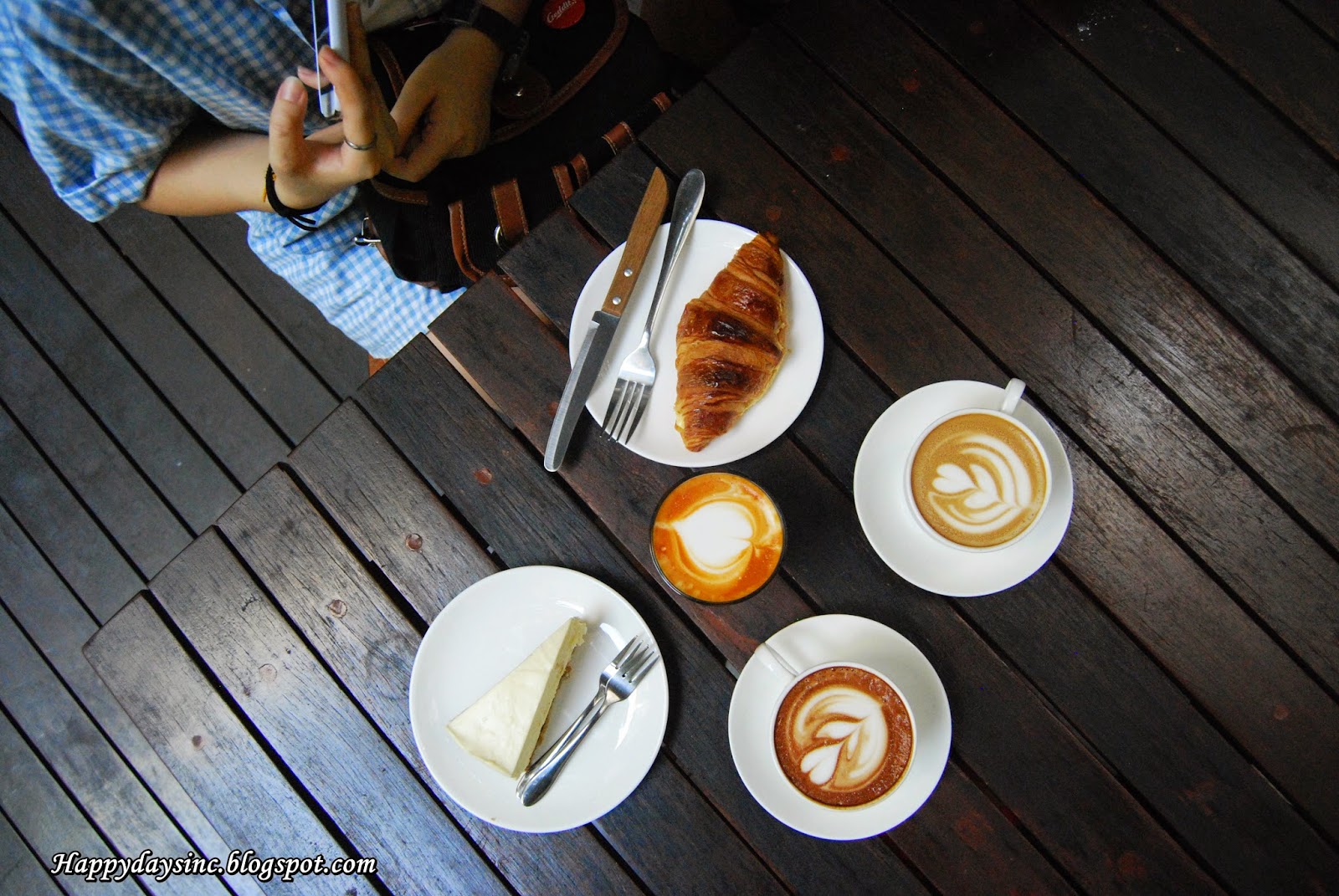 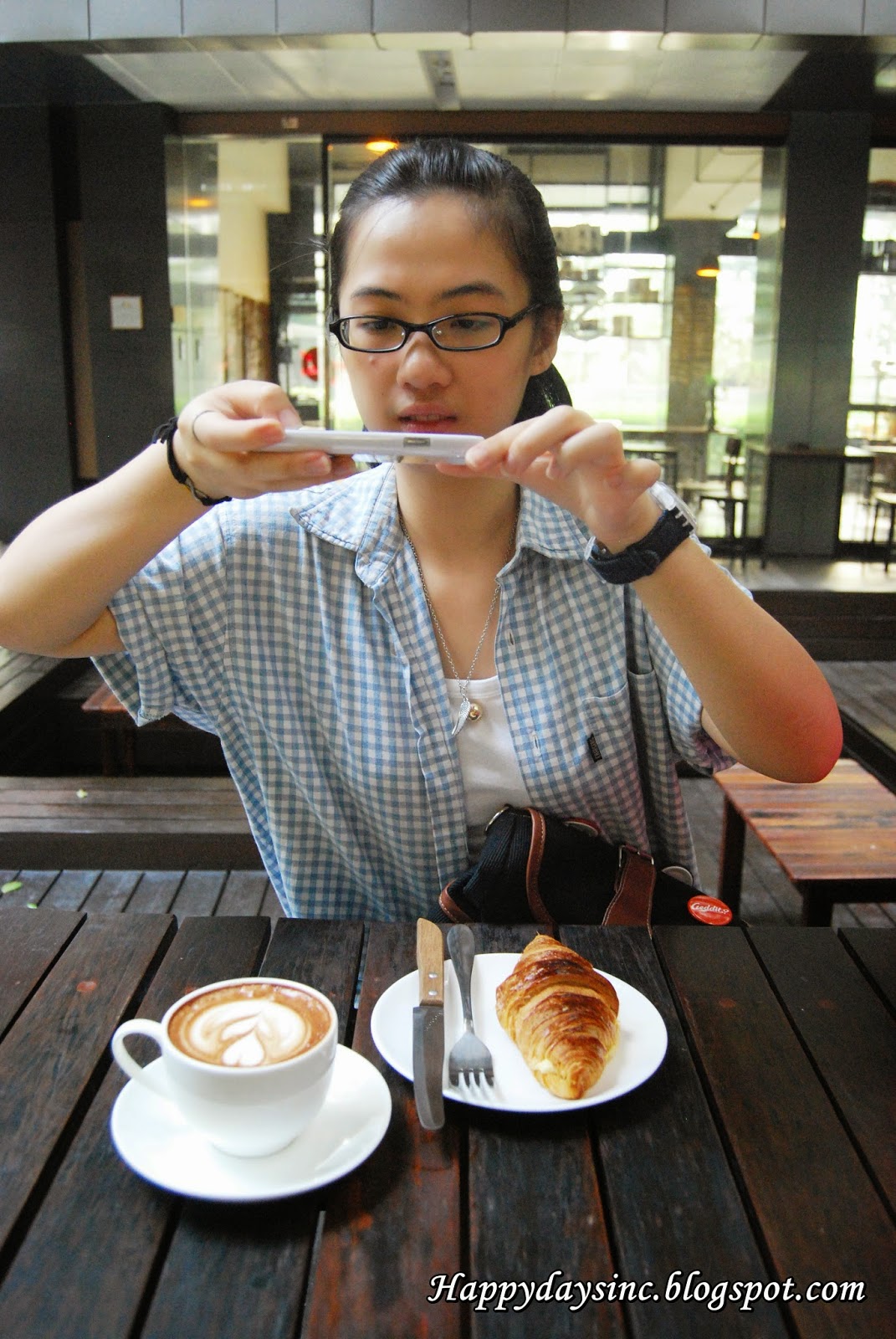 Moving on to the desserts, Senri ordered the highly recommended cheesecake and special weekend set which consisted of Nutella pau with coconut affogato. Cheesy was the word to describe the cheesecake but it didn't leave us feeling overwhelmed. The base was digestive biscuit with a even layer of chocolate between the base and the chocolate. I loved it and licked the plate cleaned. 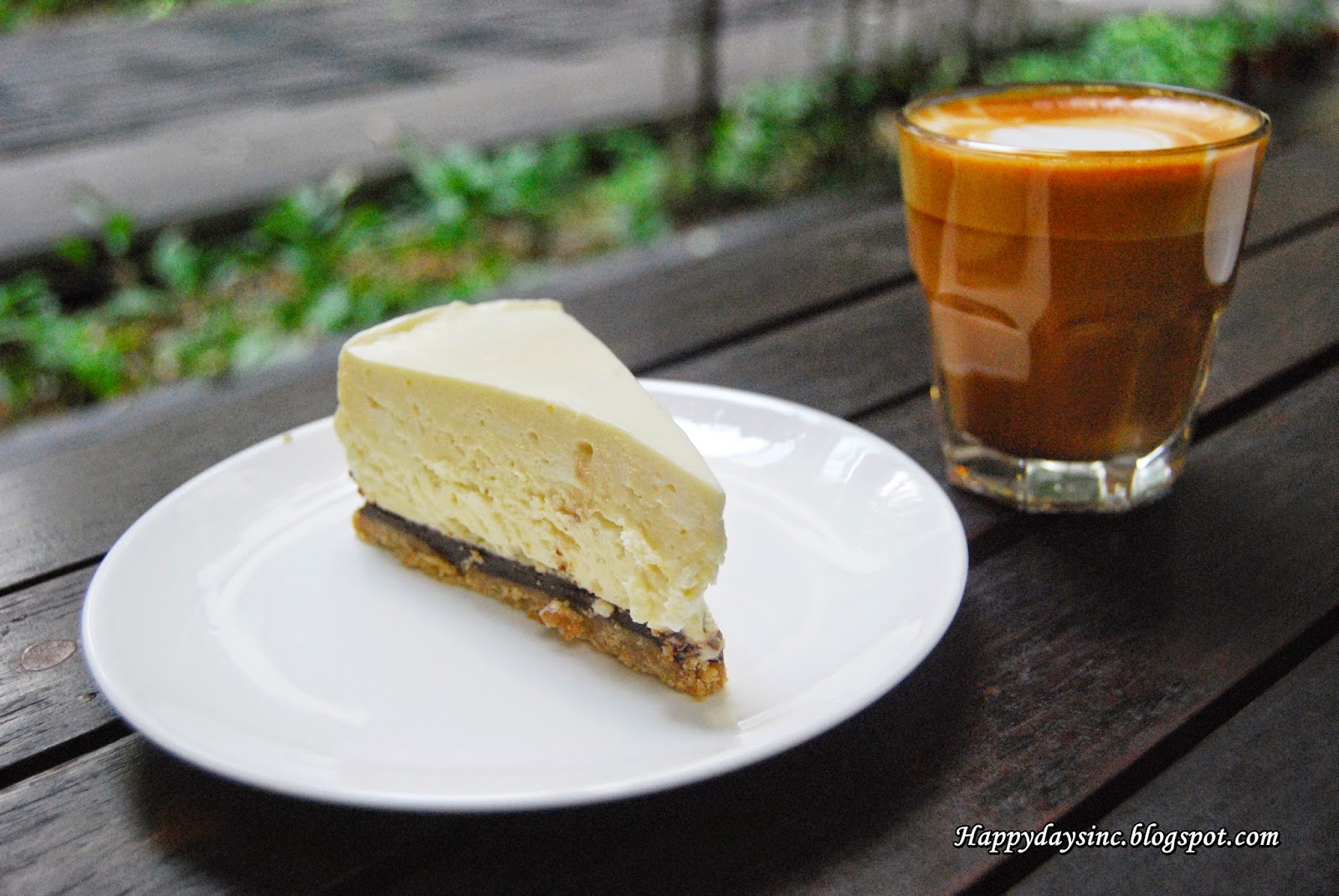 The Nutella pau with coconut affogato was pleasing to the eye but taste-wise the pau was so-so. I was certain that the filling inside the pau wasn't Nutella but rather dark chocolate. Senri and Elie seemed to enjoy the coconut affograto judging by their satisfied faces. The coconut flavour of the ice-cream carried more flavour than the espresso itself and one can really taste the nuttiness in it. 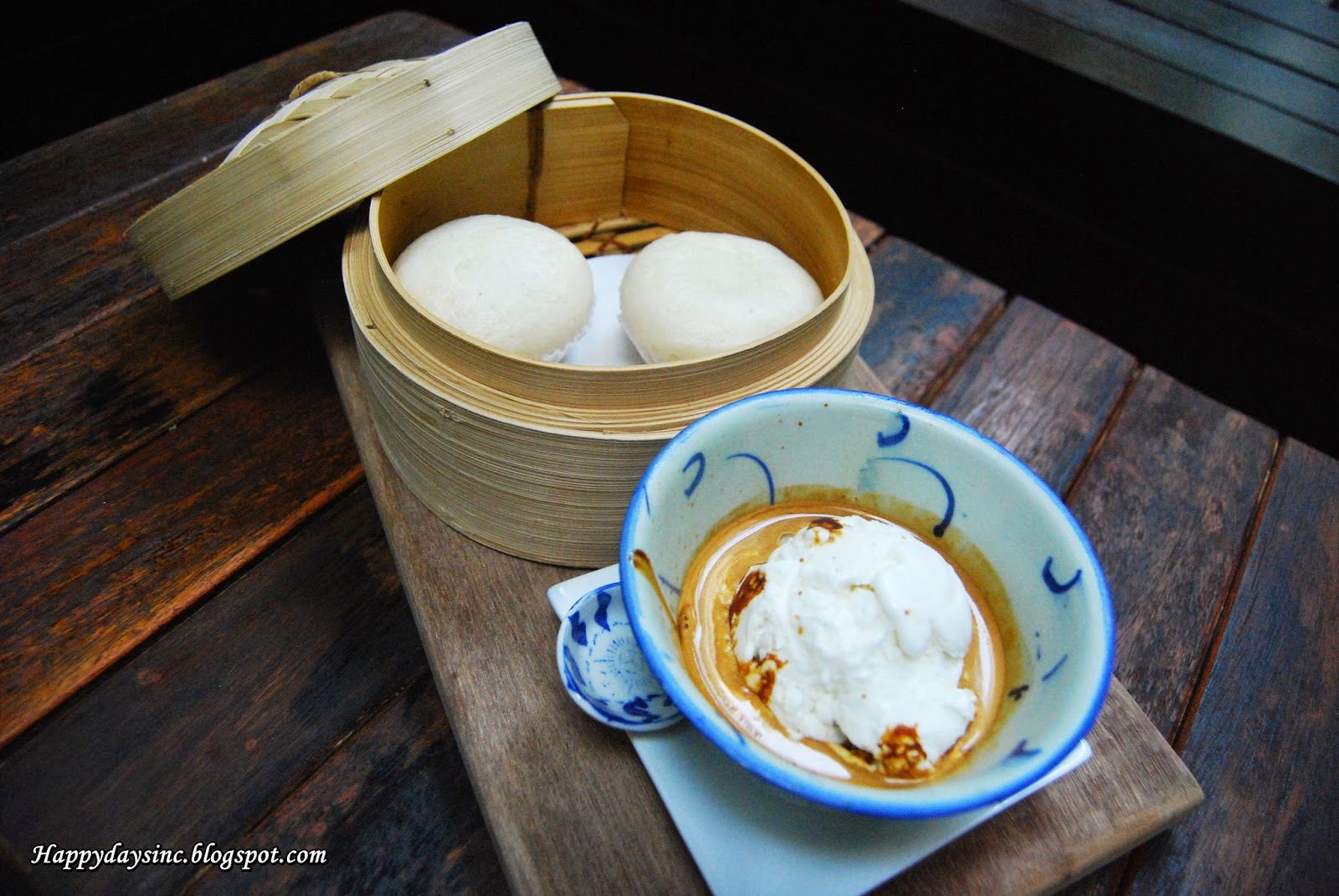 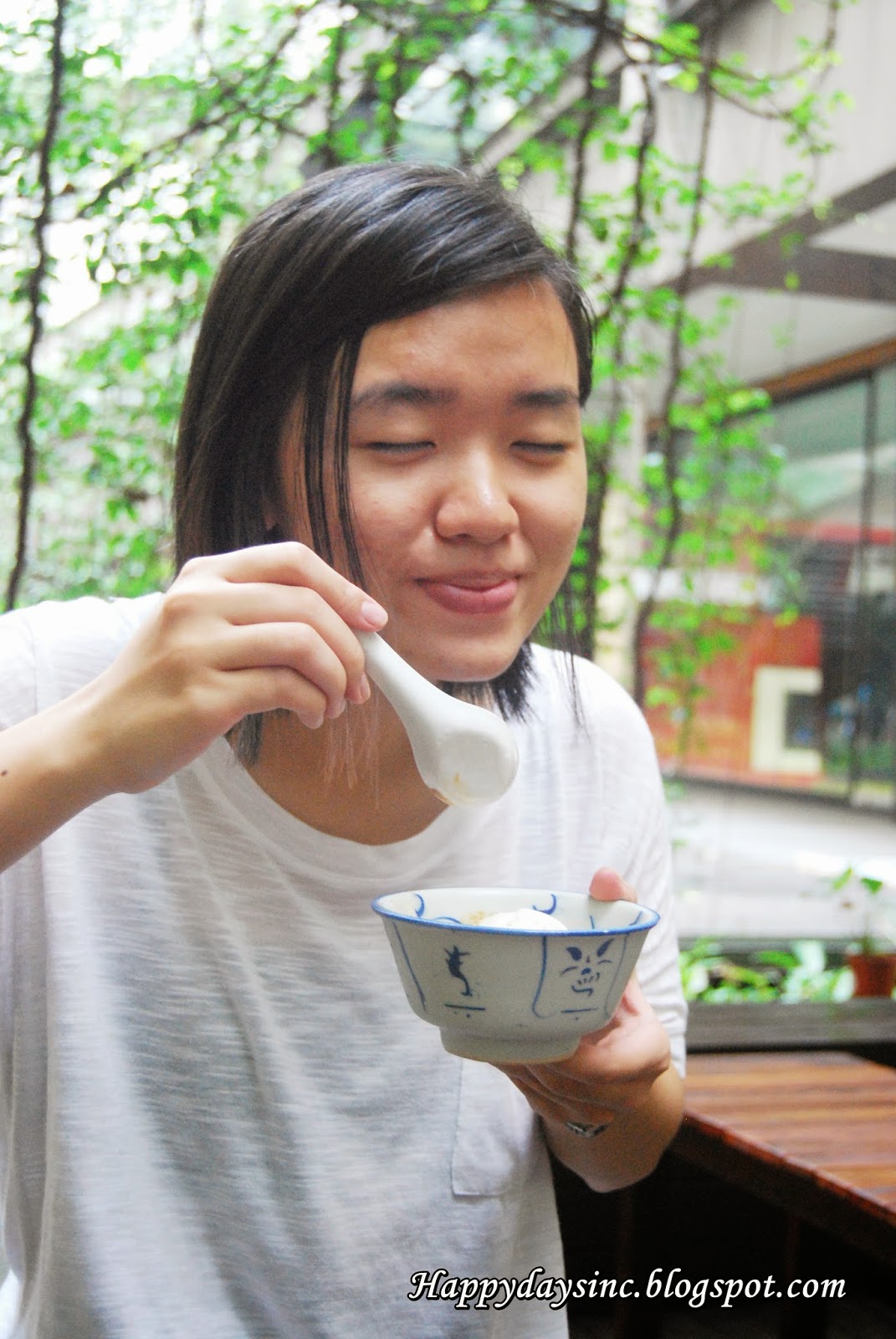 Four trays of bite-sized chocolates at the cake and dessert display had caught my eye as I was ordering and on a whim, I ordered one of each flavour; Grasshopper (mint), Raspberry, Jaffa and Caramel. There was something for everyone with the Grasshopper, Raspberry and Jaffa becoming our instant favourites. The caramel on the on the other hand...not so much. 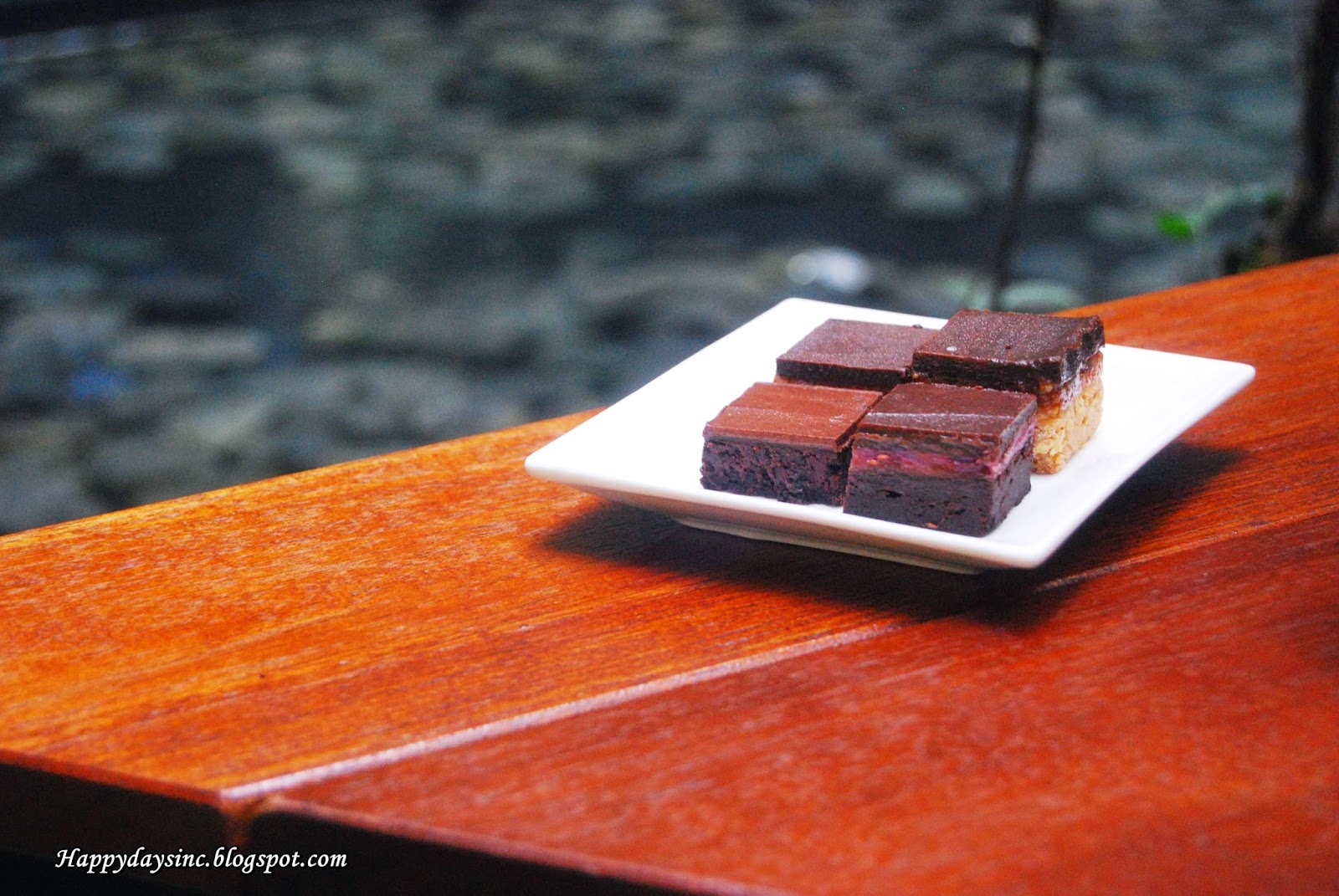 Three Little Birds Cafe was lovely especially on a weekend. With great coffee and food, a jungle-in-the-city concept, so many photo opportunities and hilarious companies, it was the perfect girls' day out. We'll be back one day or we'll just visit their other newly opened second outlet in Desa Parkcity. 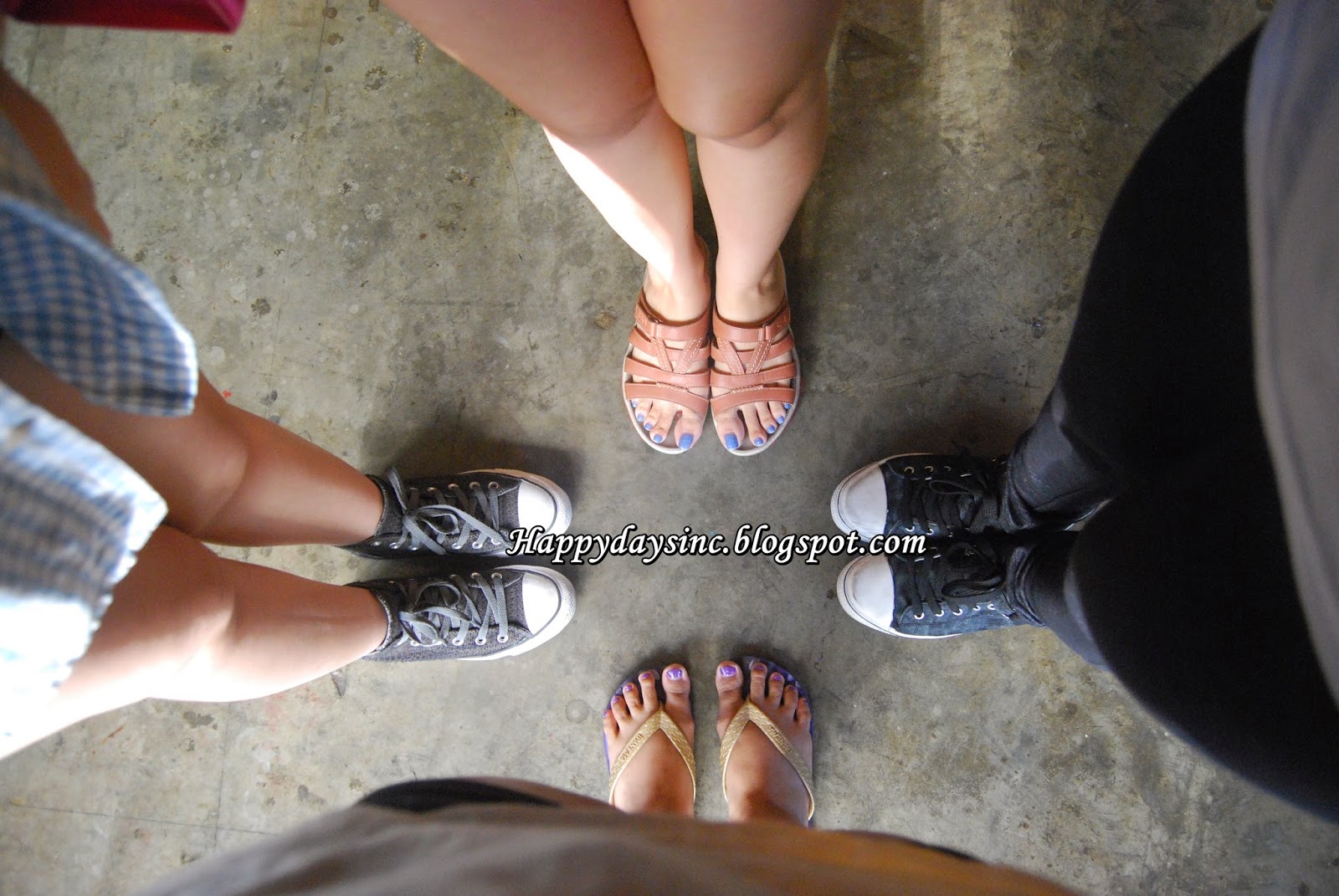 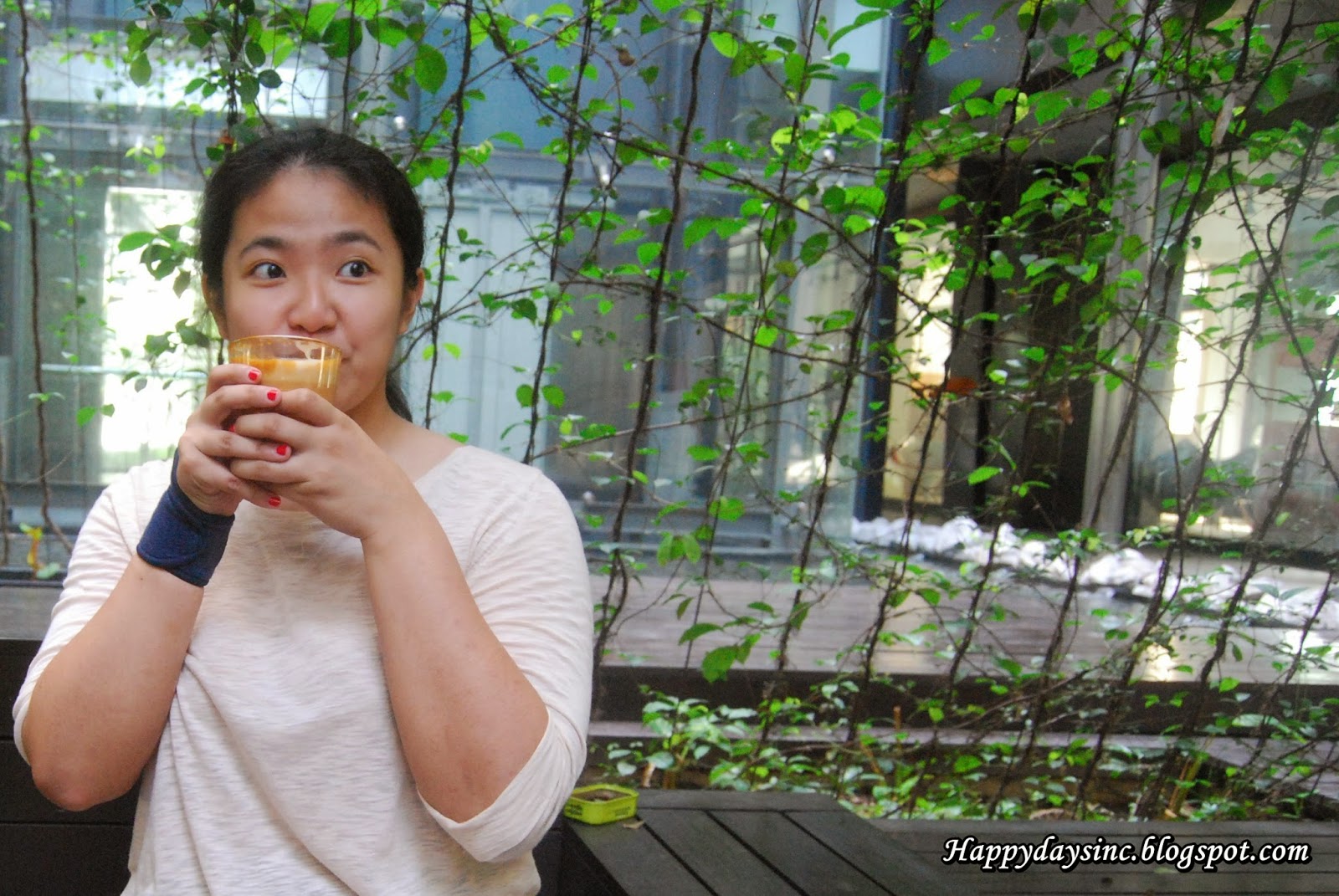 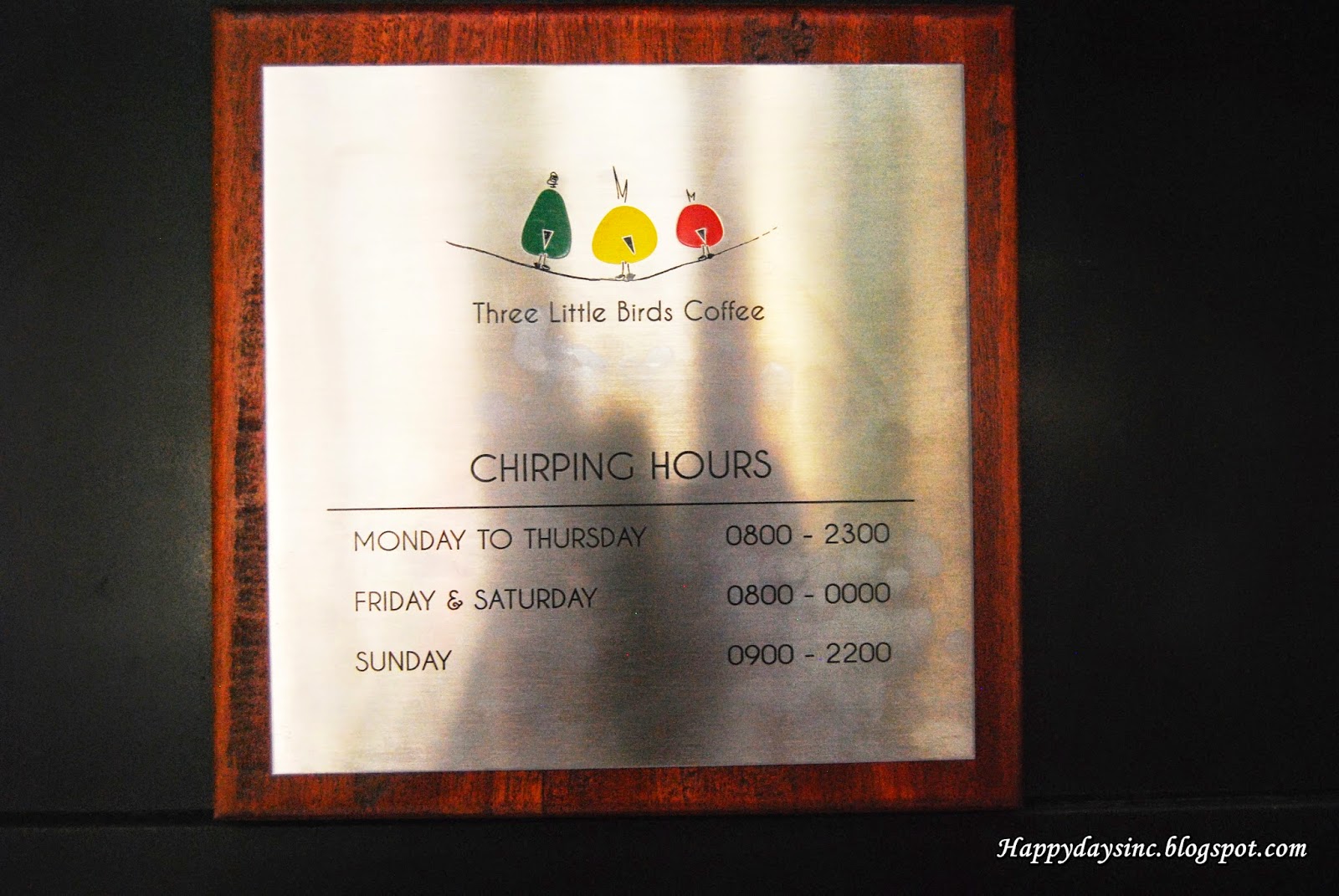