The famous Som Tam Nua restaurant in Siam Square Soi 5 was the first place we hit upon reaching Bangkok. After checking in at Lub D, we headed to Siam Square by foot since it was just across the main intersection and is accessible via the elevated walkway. 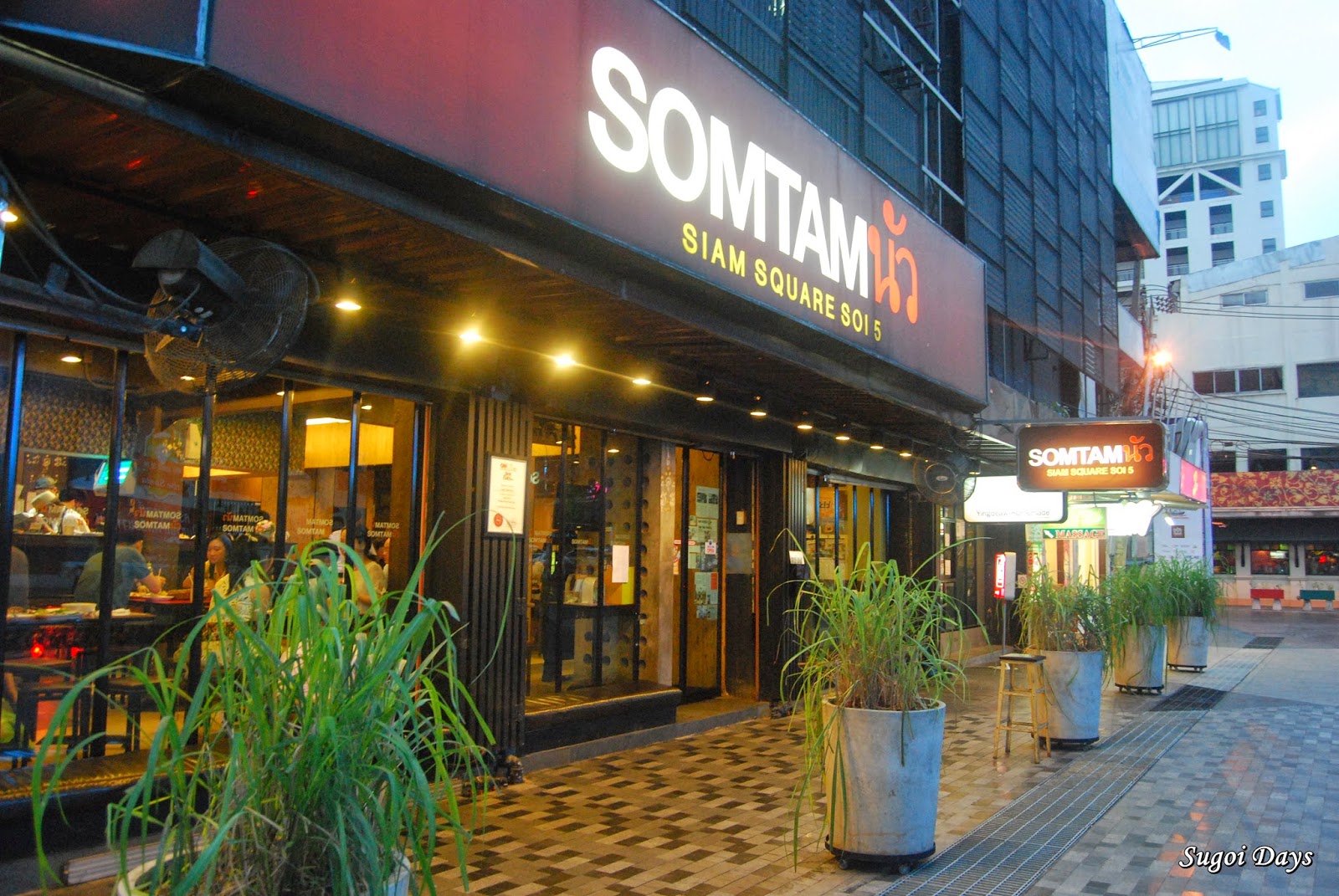 Even though it was only about 5pm when we came across Som Tam Nua in Soi 5, there were several groups of people inside, munching happily on the colourful variety of Thai dishes on their tables. The clientele was a mix of local and foreign visitors, indicating Som Tam Nua's popularity which is further contributed to by the restaurant winning CNNGo.com's Best Eats 2010 awards. I've heard that at peak hour, a queue forms outside the restaurant hence our decision to have a early dinner. 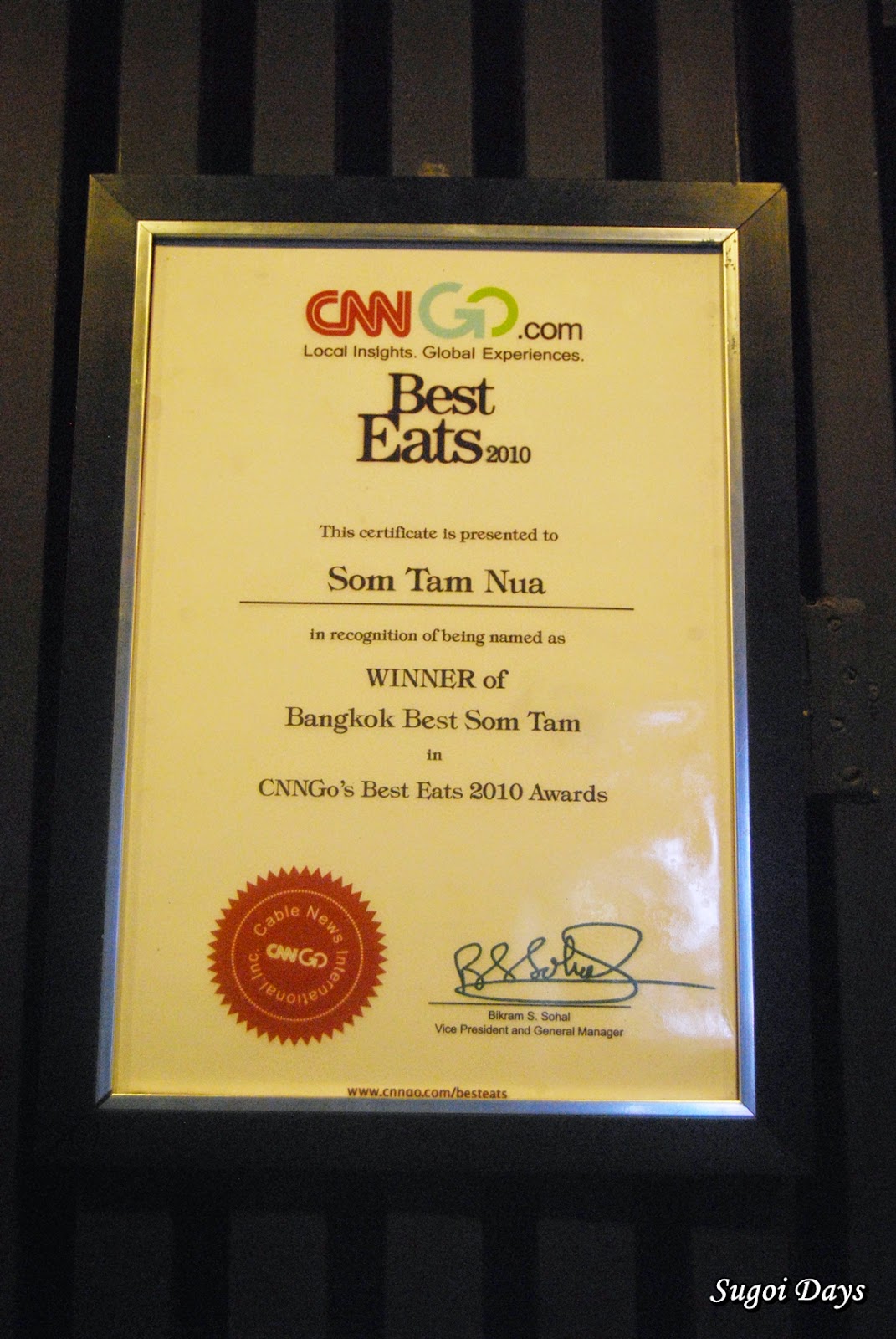 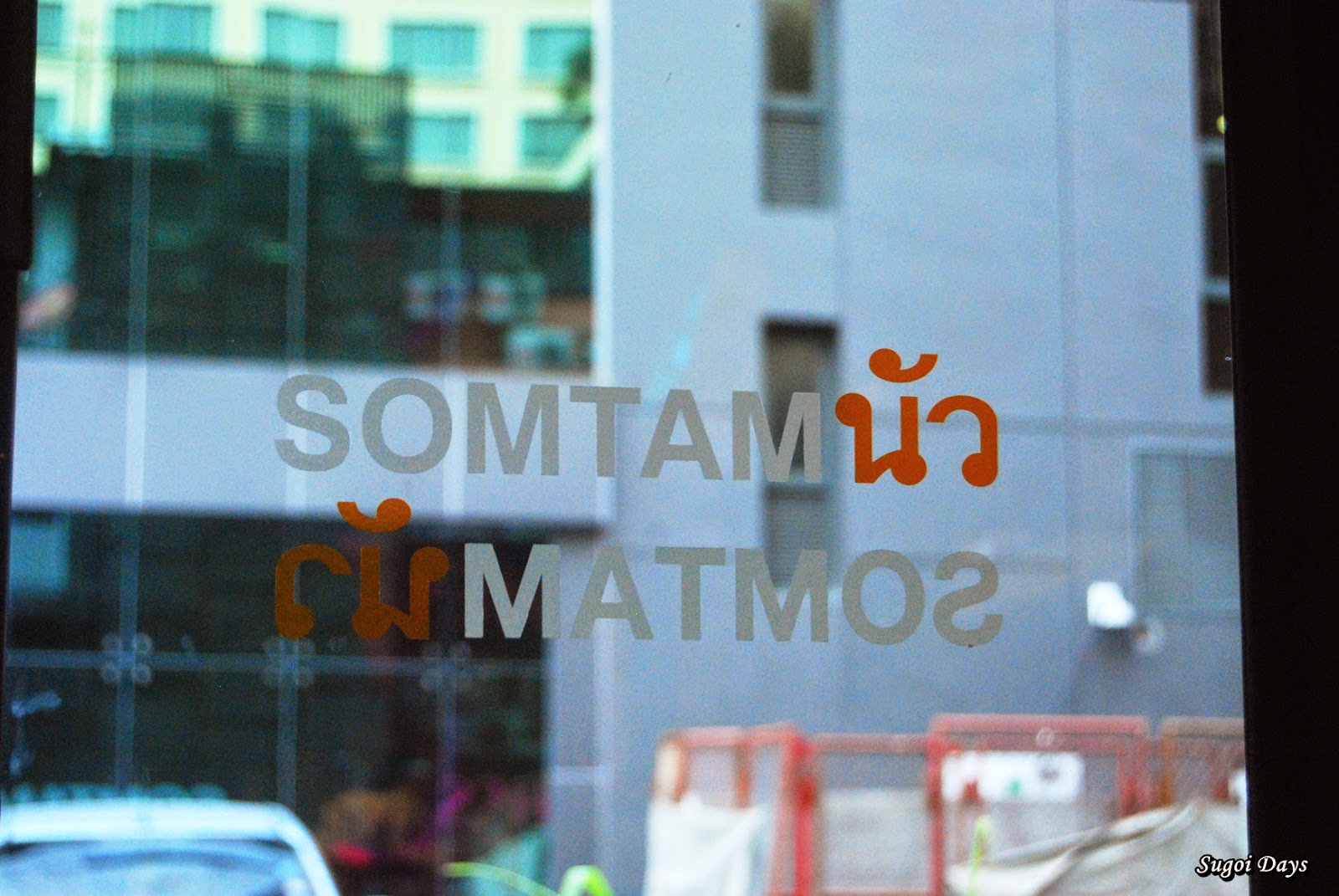 Many food and travel blogs and media have covered this particular restaurant, mainly for their Som Tum as per name sake and it was easy to see why. Our Som Tam with Thai Pork Sausage and Crispy Pork Rind (90baht) was delicious! It was a nicely balanced papaya salad with ample sausage slices, peanuts and yummy pork rind. 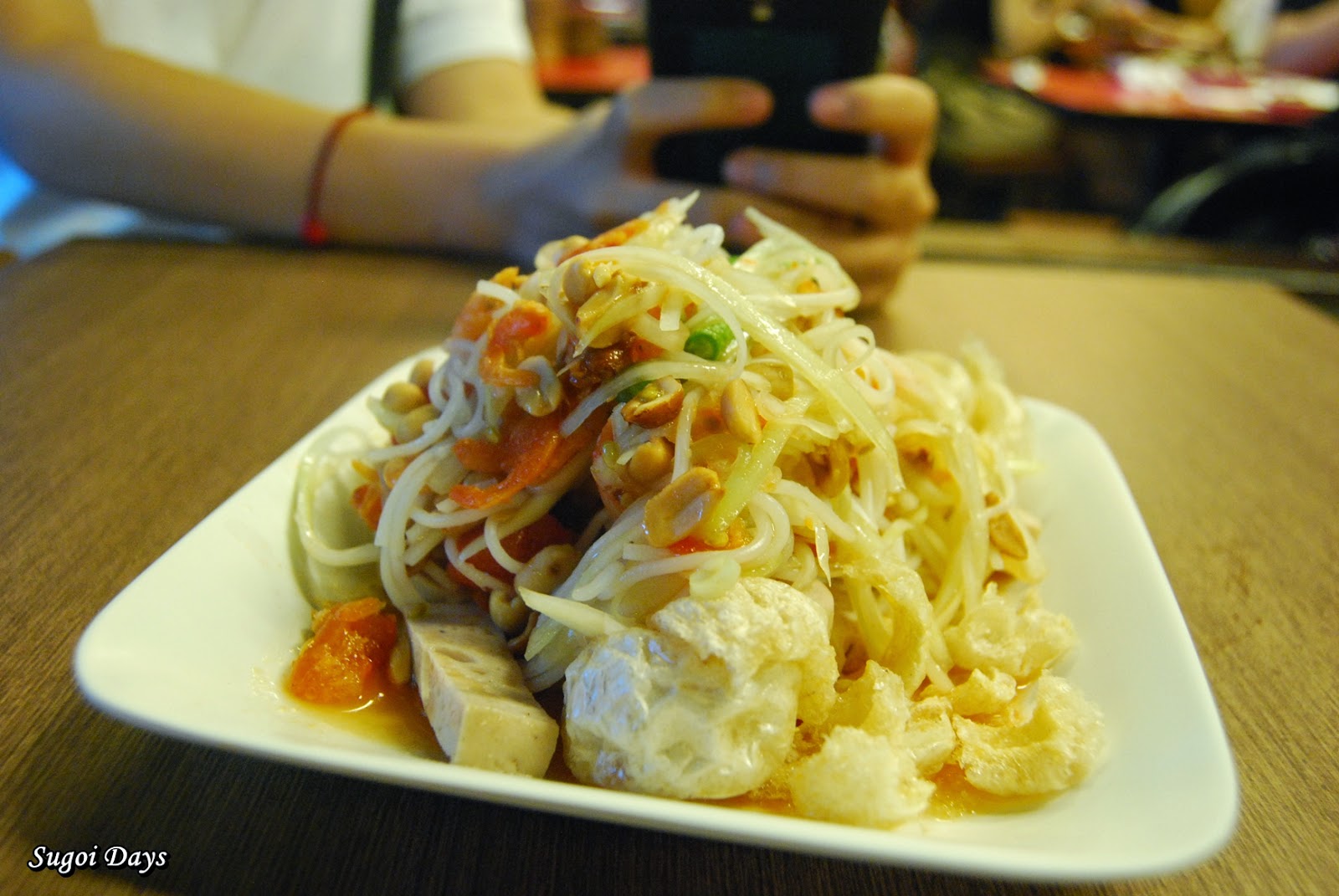 We also ordered the fried chicken (150baht), another highly recommended dish. While I felt it was rather expensive for fried chicken, I won't deny that the basket of chicken was really good though. The chicken was crispy on the outside, juicy and flavourful on the inside and not at all oily. It was so good that we actually picked at the skin crumbles. 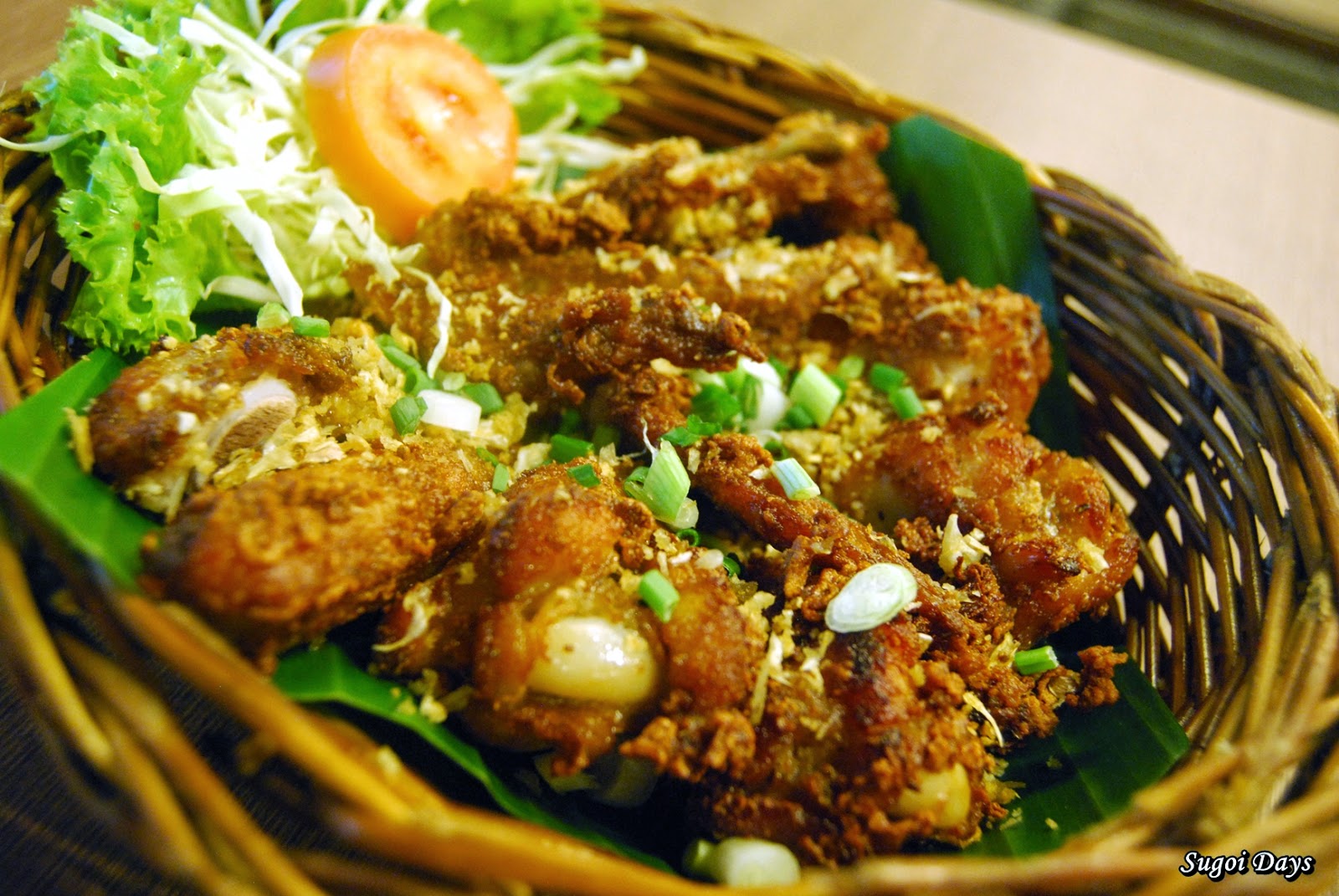 The hot and spicy crispy fried fish (125baht) was next and even though we had asked for the smallest fish, we were served with a small but fat fish with plenty of delicious meat. Topped with chili and lime, I would give this dish a thumbs up for the amount of meat soaked in spicy sourish sauce. 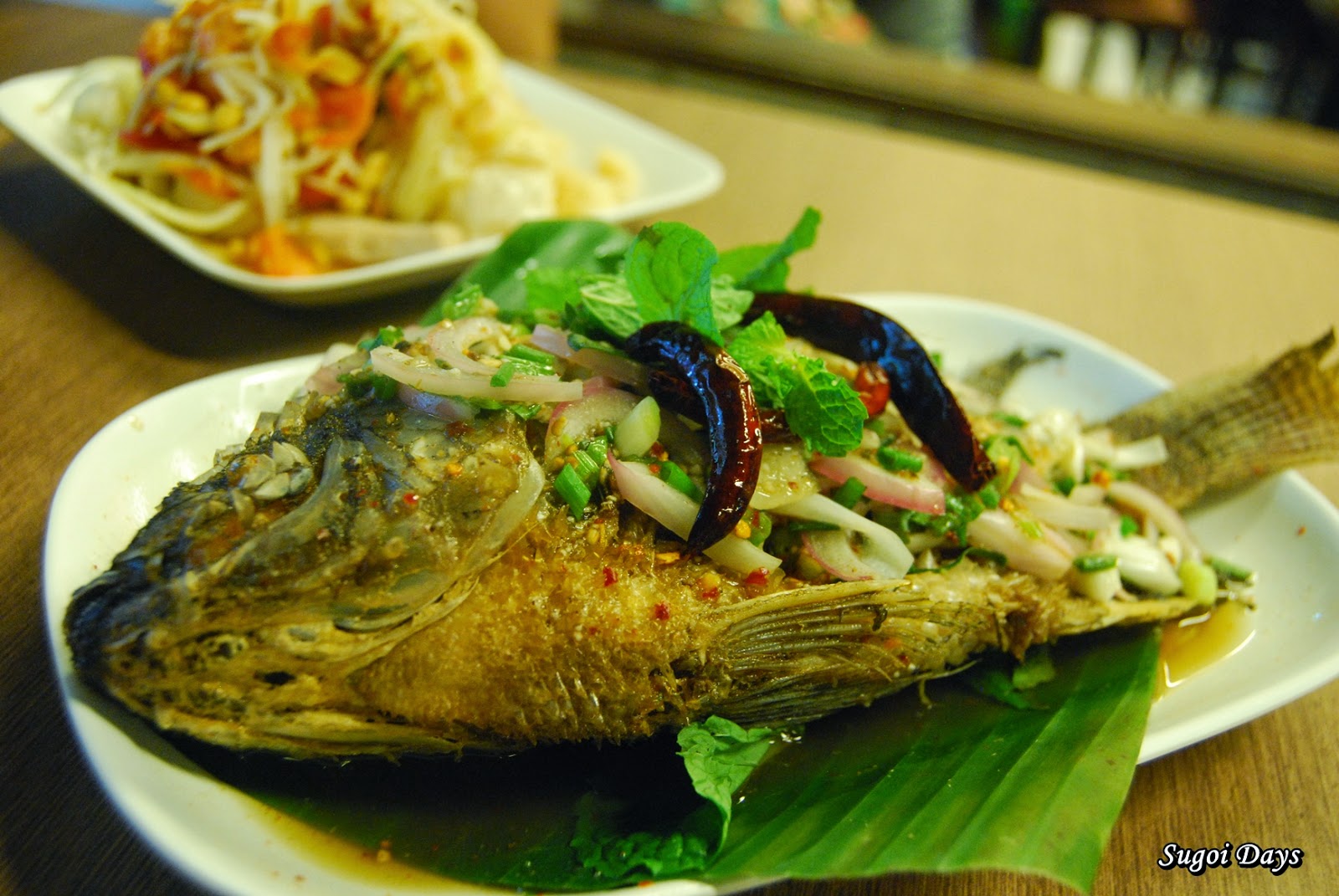 Som Tam Nua has partnered up with Yingdeaw Homemade, a little cafe to offer desserts and cakes. I didn't get to try them but they did look rather tempting sitting there in the display. 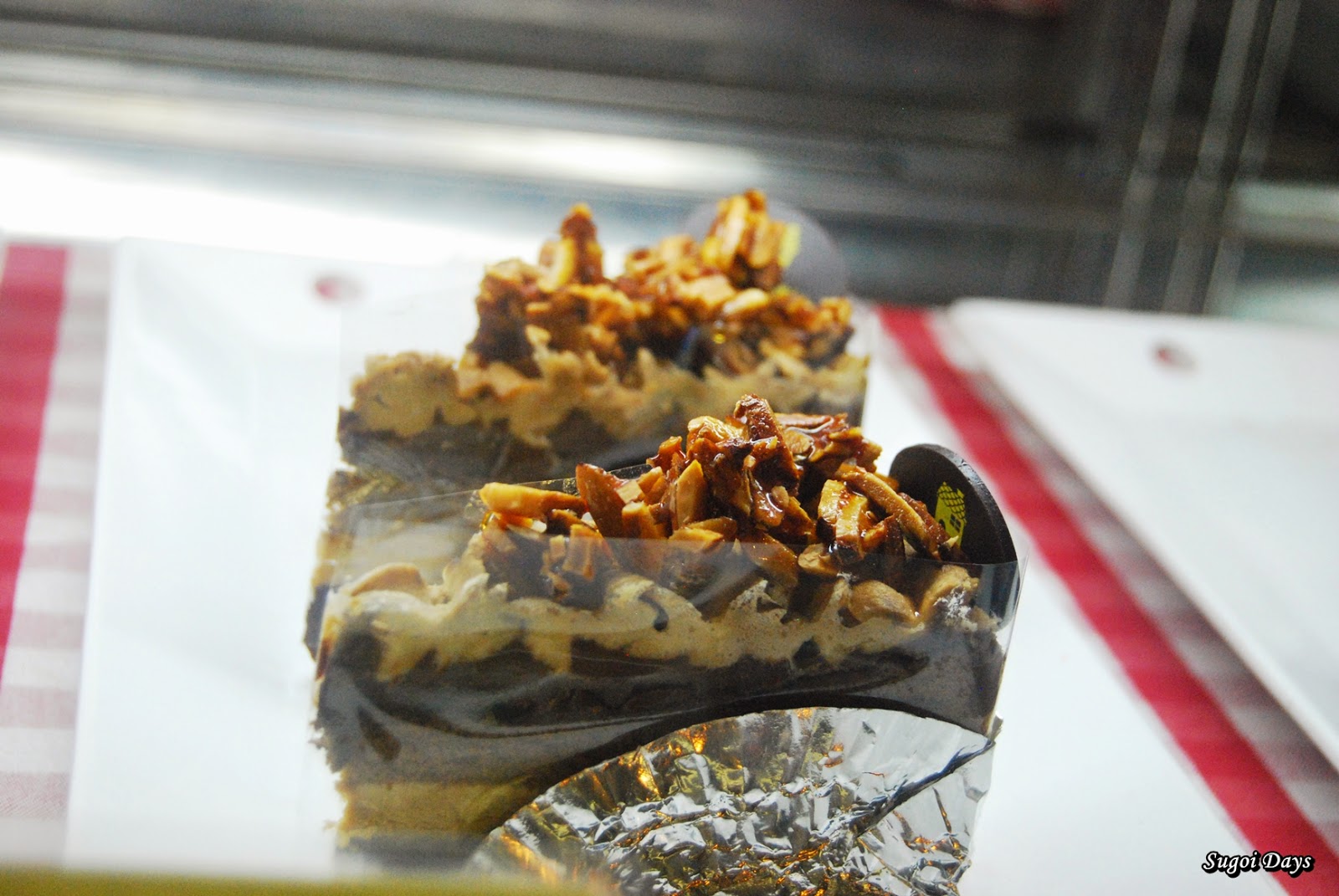 Som Tam Nua restaurant is located in Siam Square along Soi 5. The shop lots in front of it has been demolished to make room for the ever expanding shopping mall, SiamSQ1 where the Hello Kitty cafe is located. 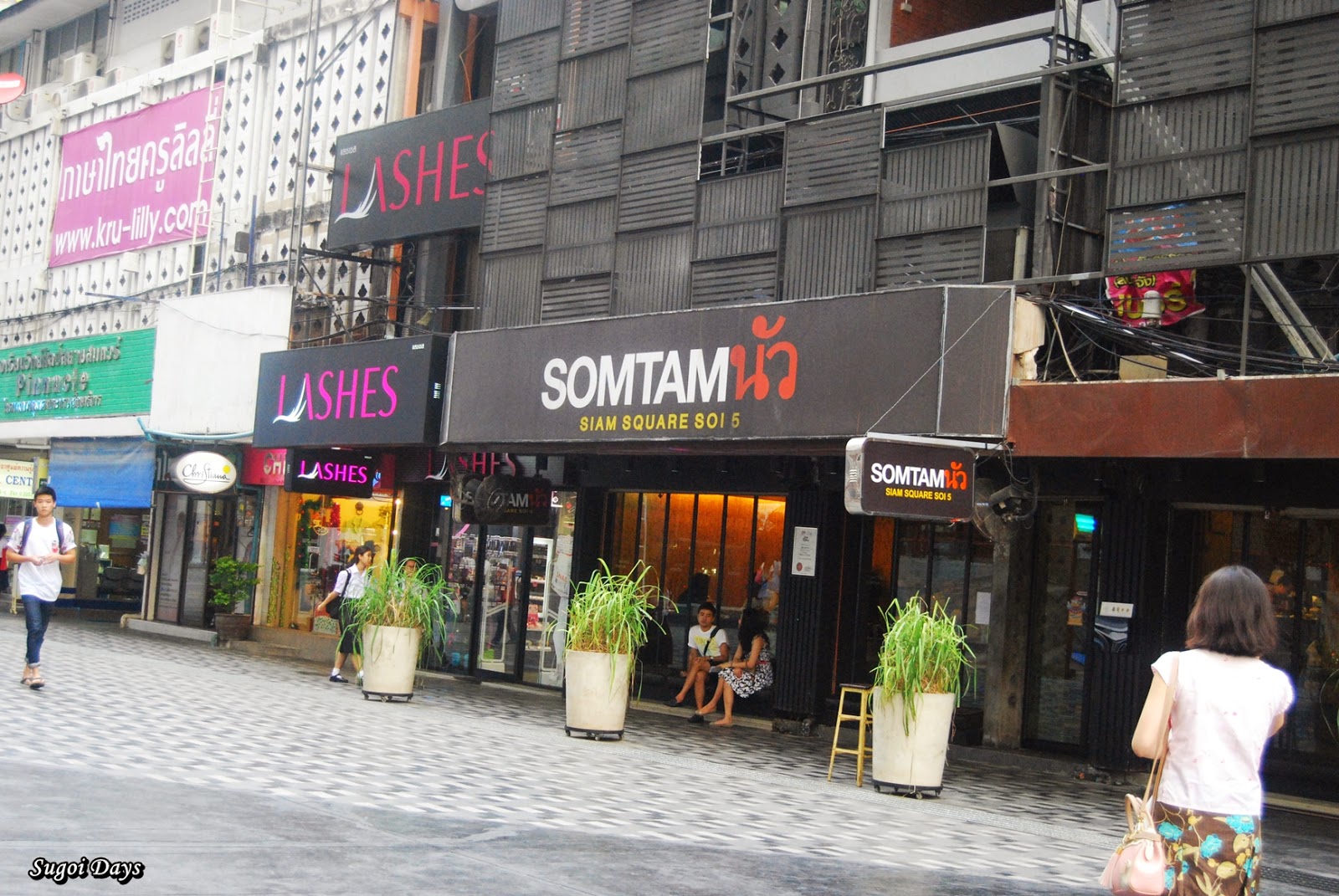