Comic Fiesta 2014 has come and gone as it always had in the past many years. The past two days on the last weekend of December, of 2014 came to a close with its usual flourish of cosplayers, bands, anime designers, artists and of course, the fans. 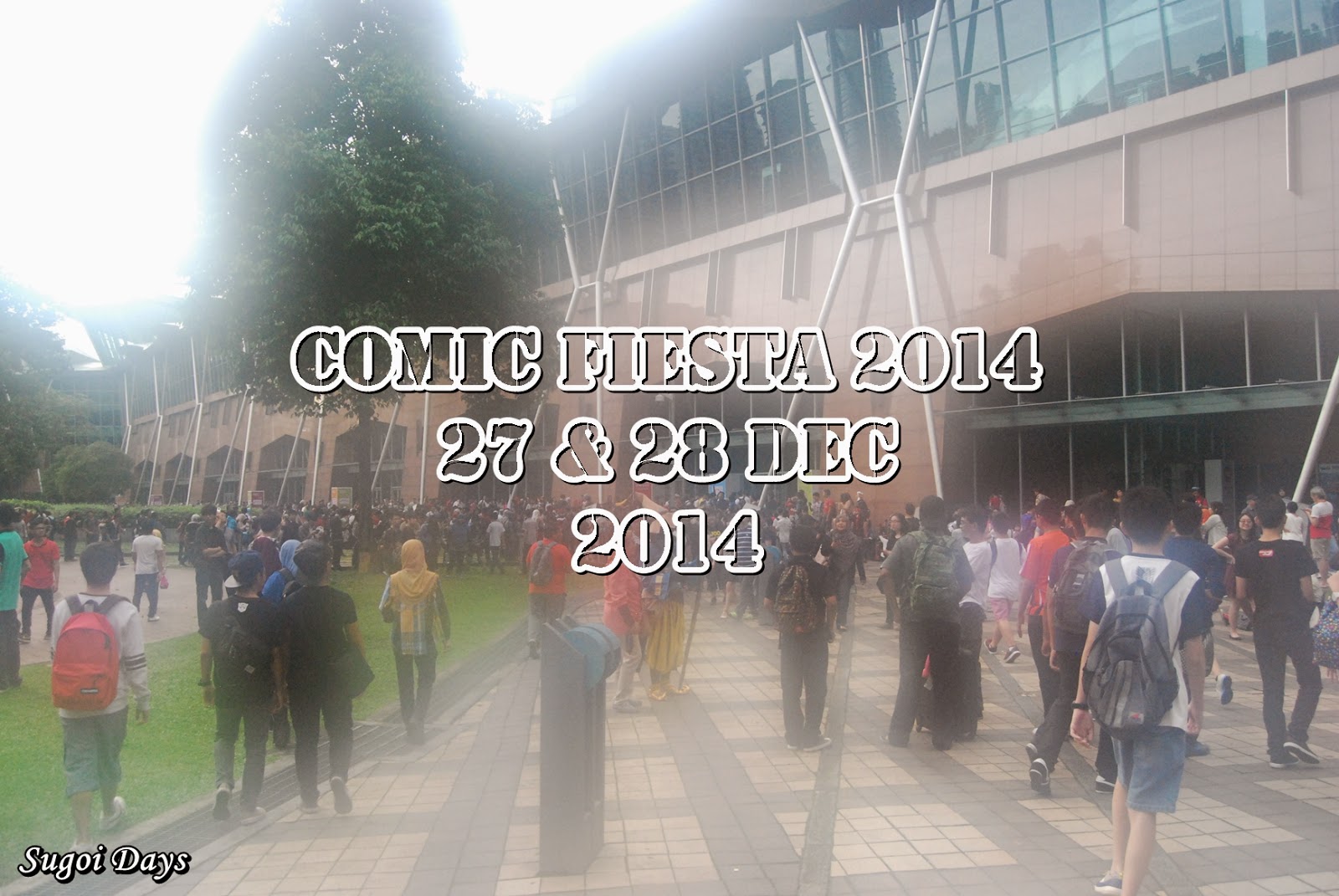 In the wee hours of the event morning, these fans were queuing outside Kuala Lumpur Convention Center in a long line that stretches past the convention center, Trader's Hotel and Exxon Mobil's building to the end of the park stretch. It was by my estimate, a 1km long queue. A queue which I partook in this year. Yup, no blogger pass for me this year but it was okay.

Comic Fiesta has grown so big that it has taken up all the convention halls on the ground floor and also the ballroom upstairs for the staging area. While it made more space for booths and advertisers in the main halls, it also meant that the stage action was disconnected from the main chunk of the crowd who had to make an conscious effort to go upstairs via lift or escalator to catch the performances. It also meant that those in the main halls were deprived of the emcees' usual antics and jokes.

Nevertheless, it was still quite an adventure to attend Comic Fiesta 2014 once more. After queuing for 40 minutes after the convention center (forming the longest queue in KLCC history), I finally entered the hall and was dumbstruck (and just plain stuck) by the masses of bodies just filling up every lane, corner and space of all four main halls. 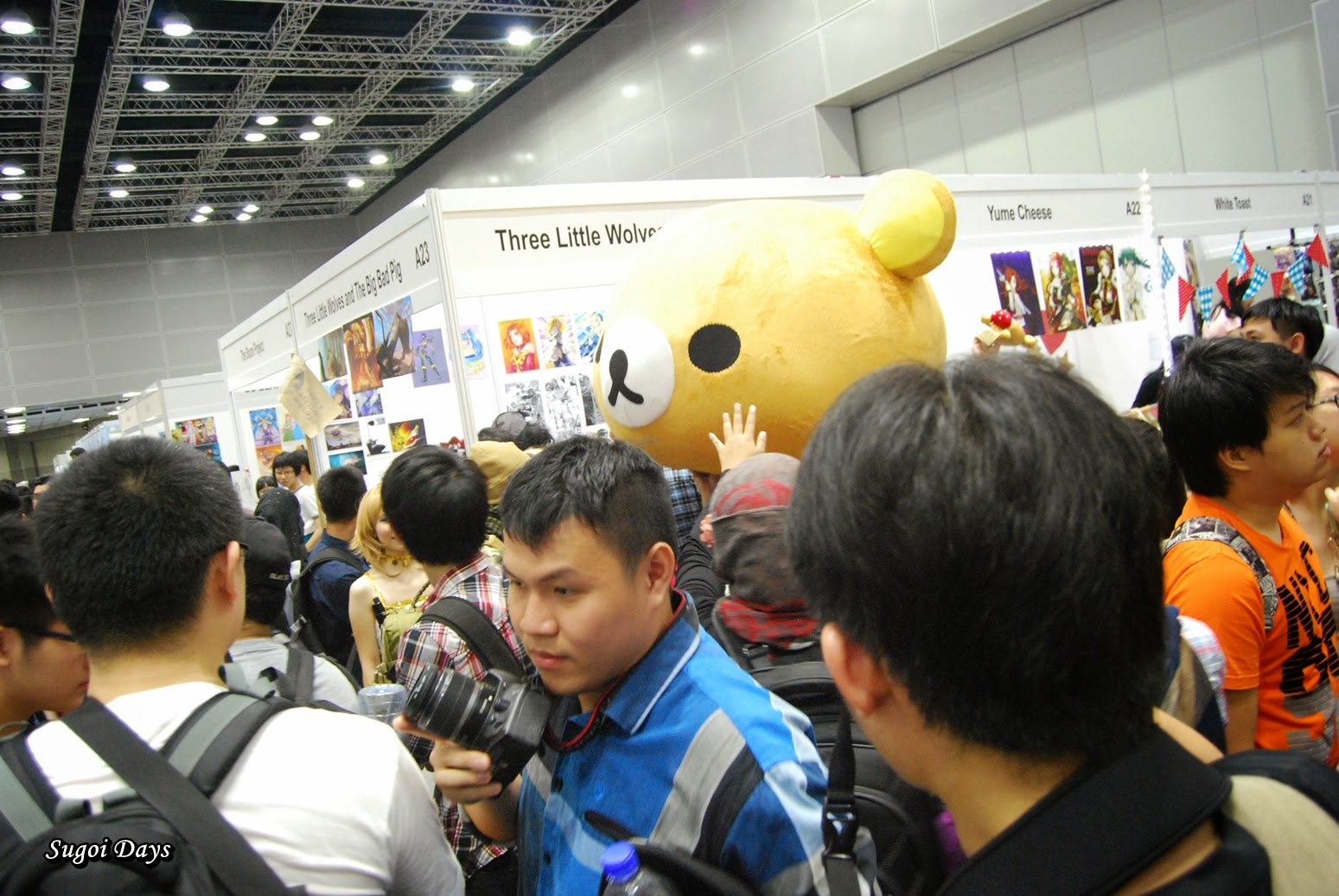 More queues were forming at several popular booths with very eager fans gearing to depart with their hard-earn ka-ching to own that limited edition or collection's item (they had better be). Along these lanes, now and then people would stop their favourite cosplayer or character to snap a photo or two or three.... 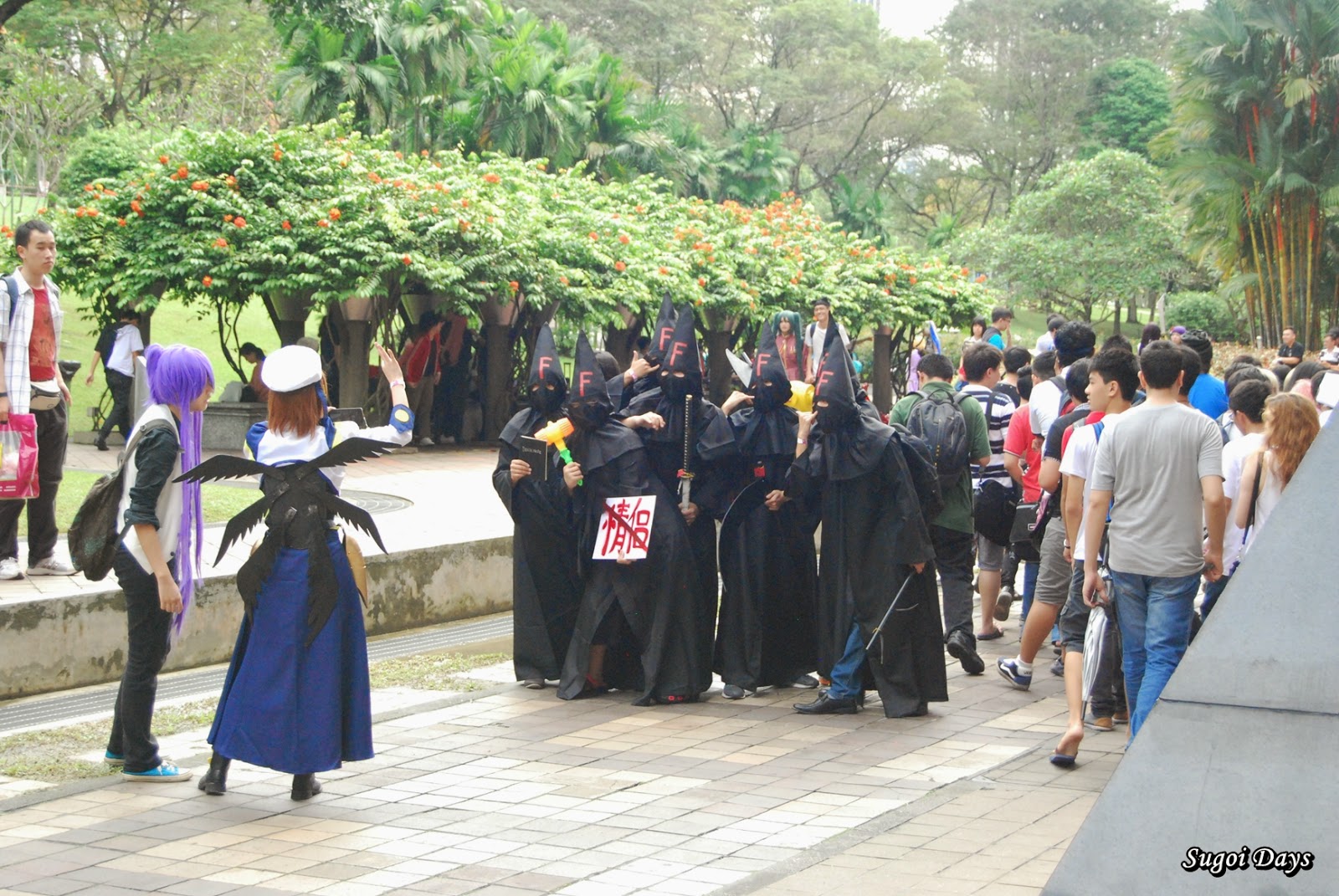 The waiting area near the entrance had been converted into a 100 Days Countdown gallery/waiting area/ LOL viewing area/ resting area photo area for cosplayers and photographers making it an interesting place to be. I should know, I spent quite some time there hunting cosplayers. 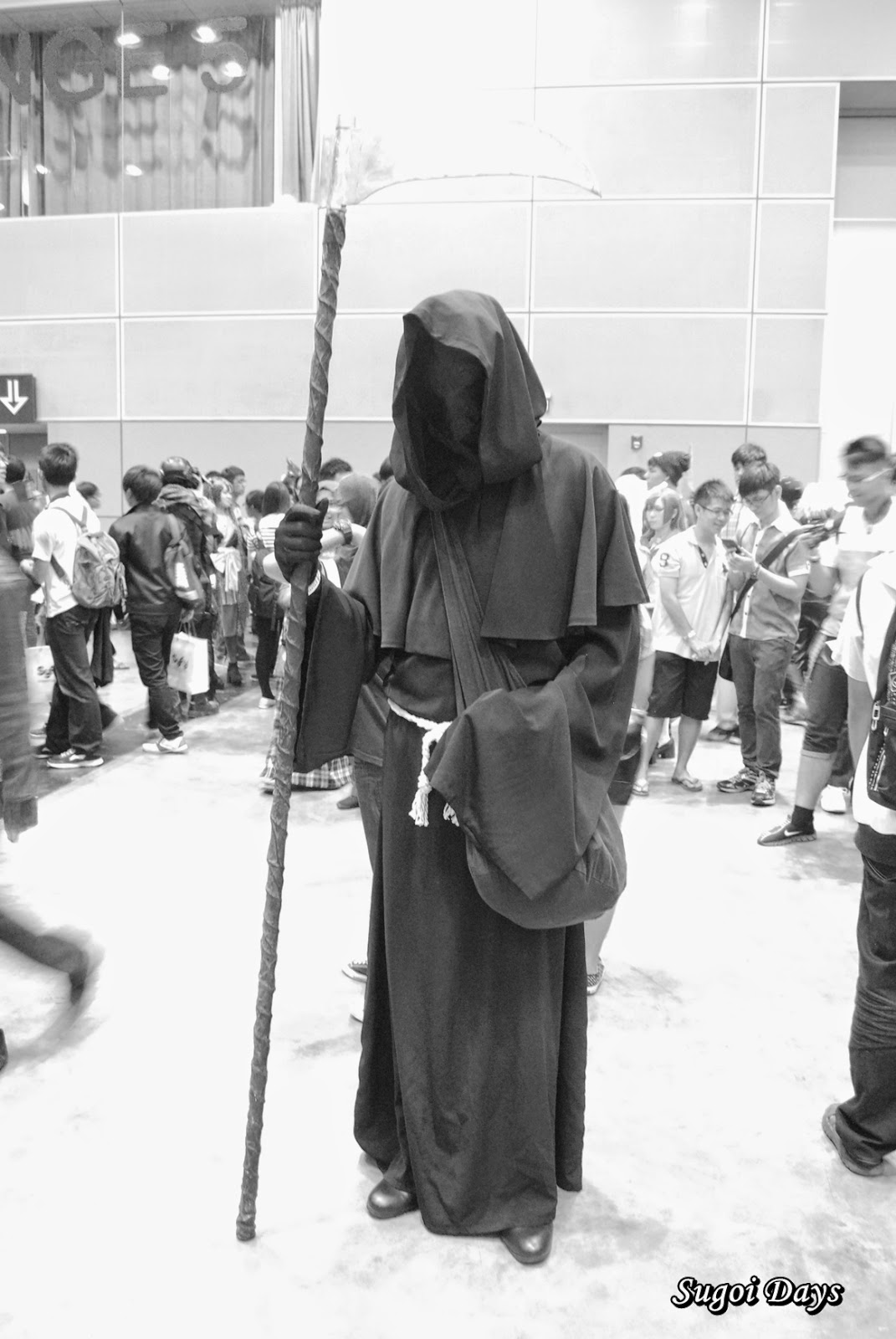 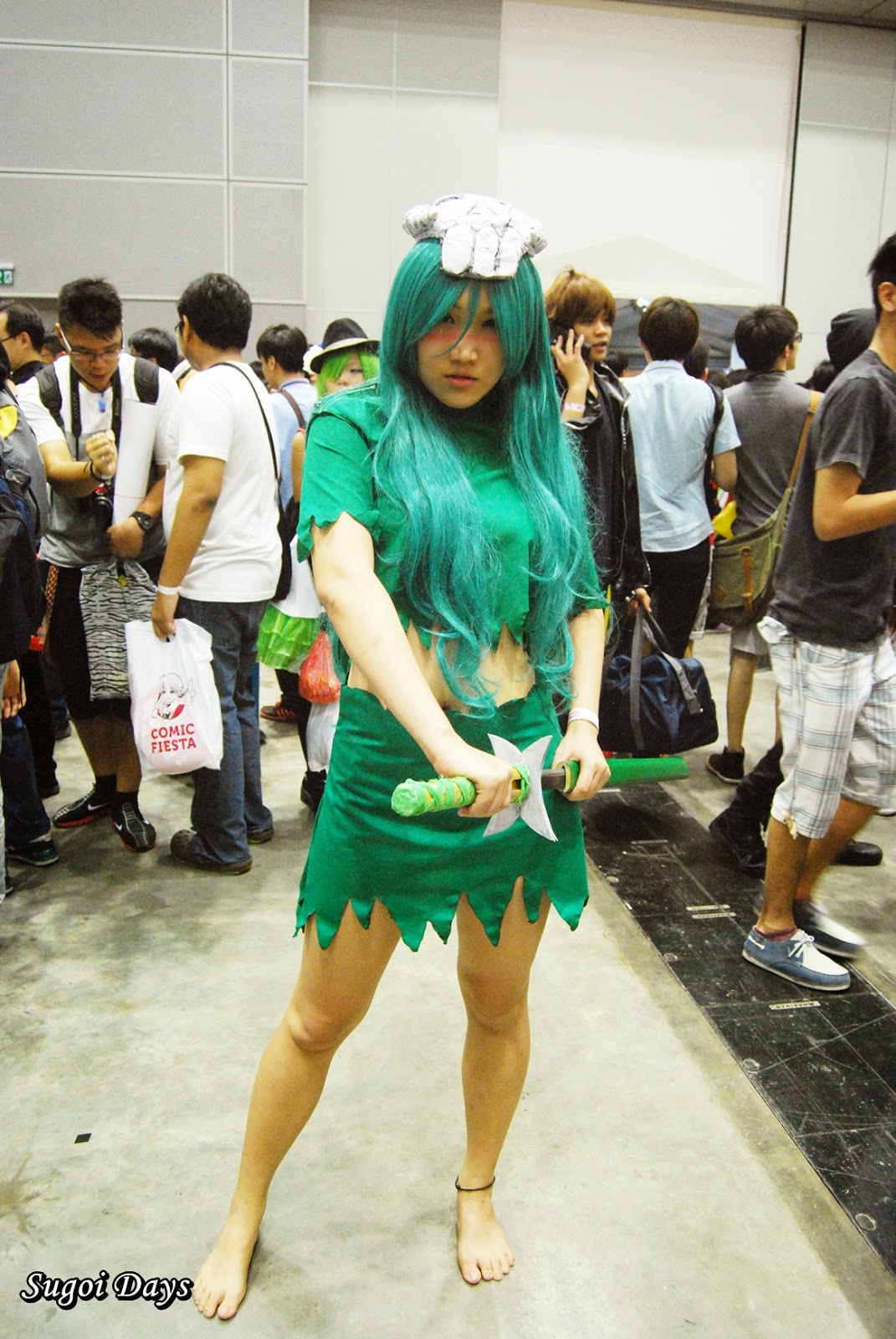 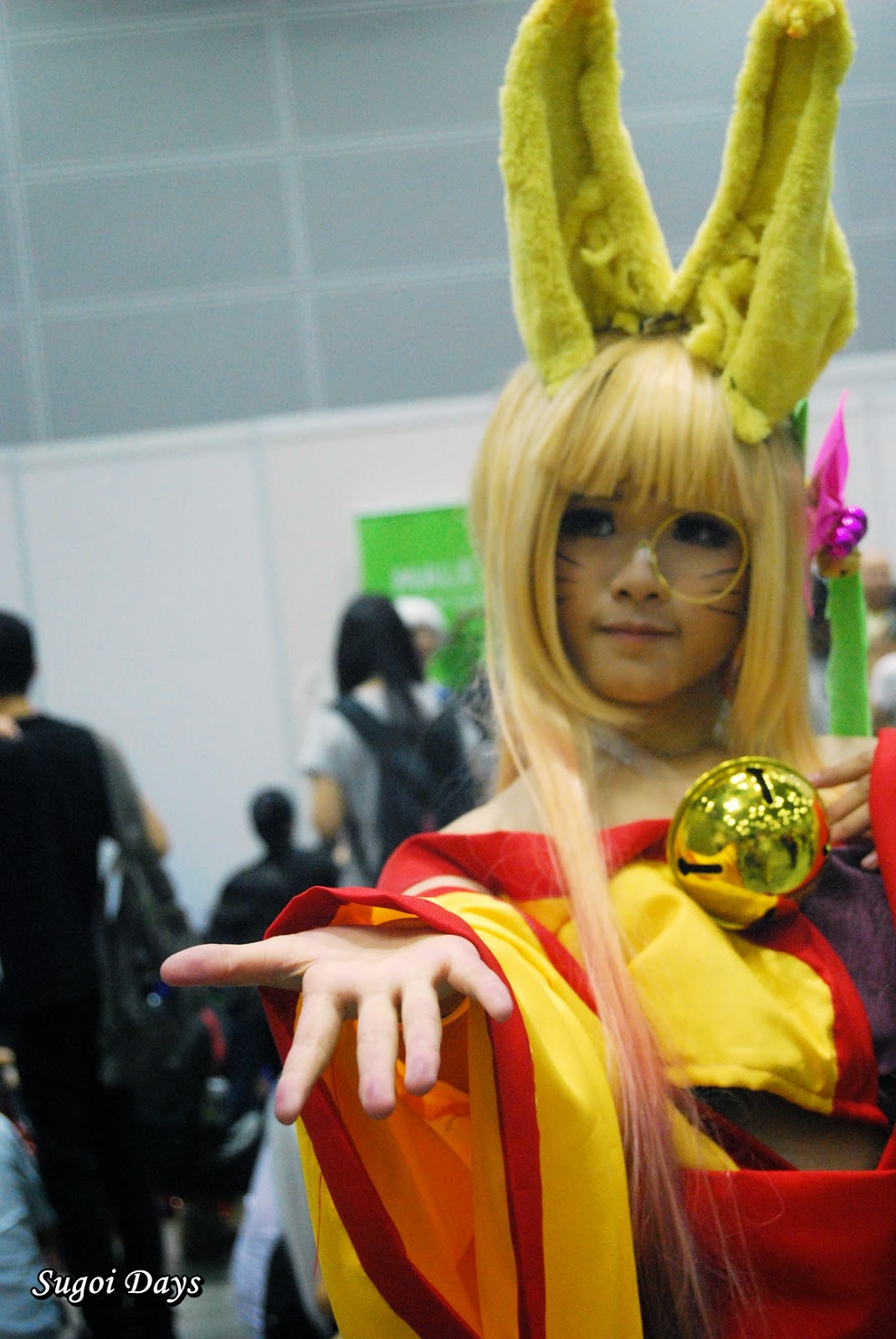 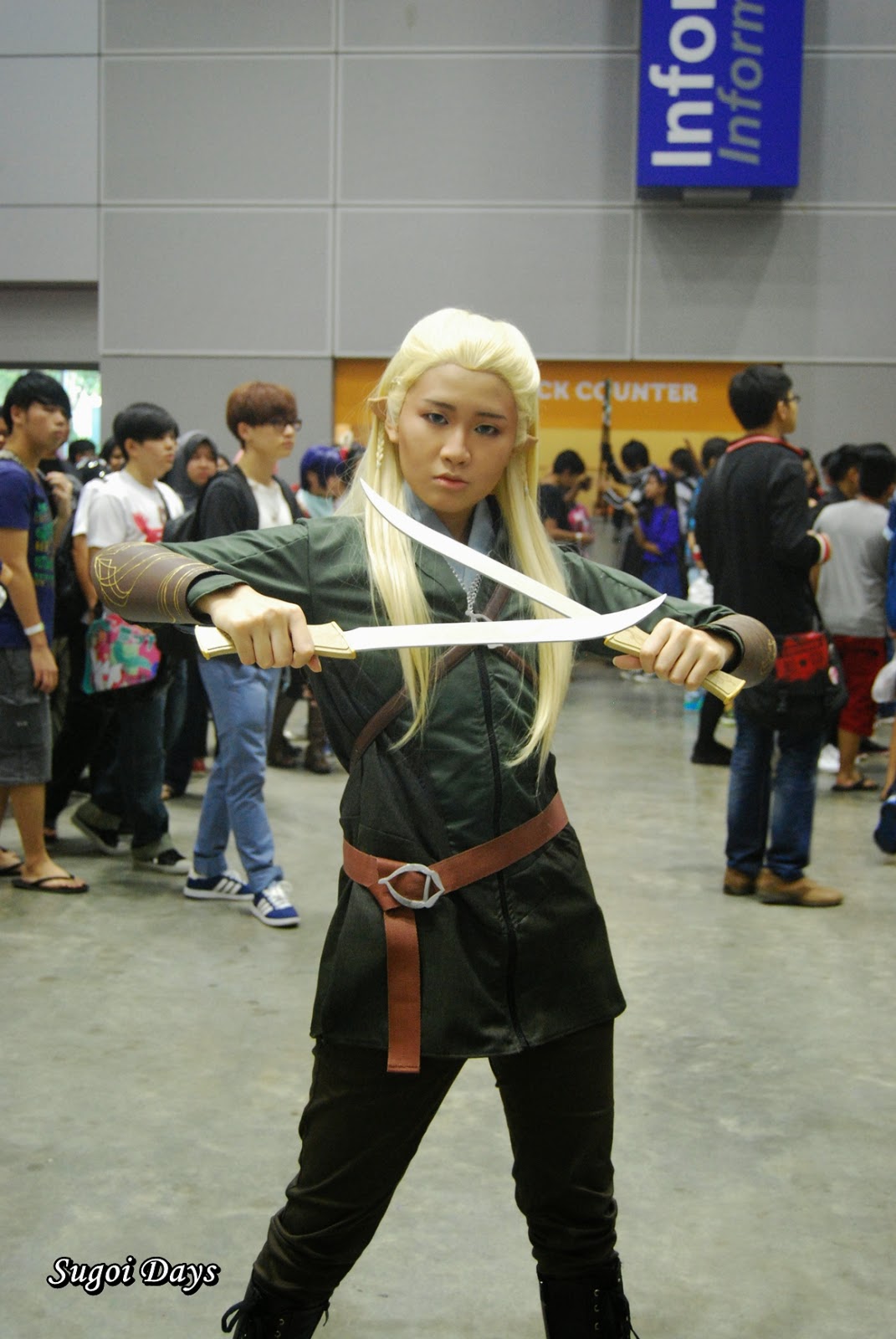 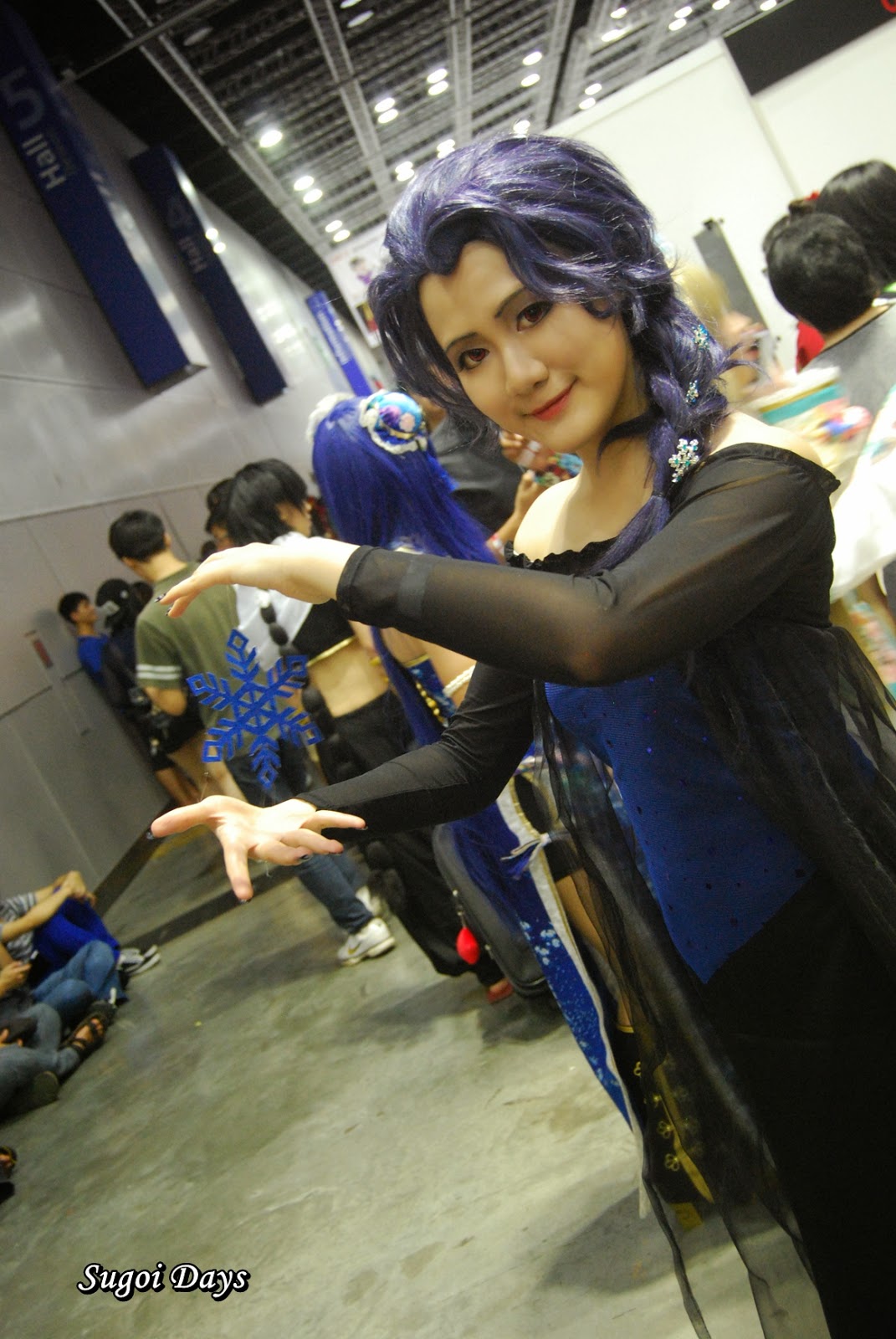 I wandered over to the creative market booths but sadly I found nothing to my liking other than a Pikachu T-shirt by a regular CF booth buyer from Thailand. Everyone was selling more or less the same thing. Buttons, badges, keychains, bookmarks, posters, paintings etc etc...Then again, it could be because I wasn't "in" on the latest anime which was Tokyo Ghoul as it seemed. I did however find this shoulder accessory in the form of a cat on Day 2. 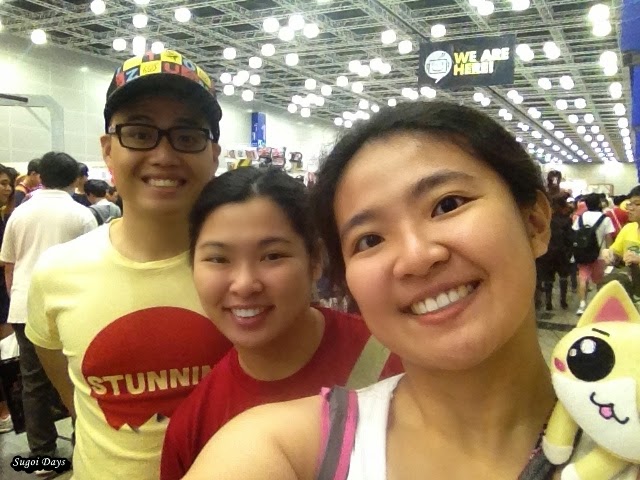 So cute that even a prominent cosplayer commented on it. More on that later.

One of my want-to-buy stuff was Danny Choo's limited edition Touch n Go cards. I wanted the whole set until that day, I realised that a whole set was going to be leave RM150 short on Day 1 so I ended just buy the cutest design they had with a matching shirt. Last year Danny has presented on his smart doll concept and this year, he was selling it at Comic Fiesta for RM1750. Shockingly, it was sold out within the first hour of Day 1. 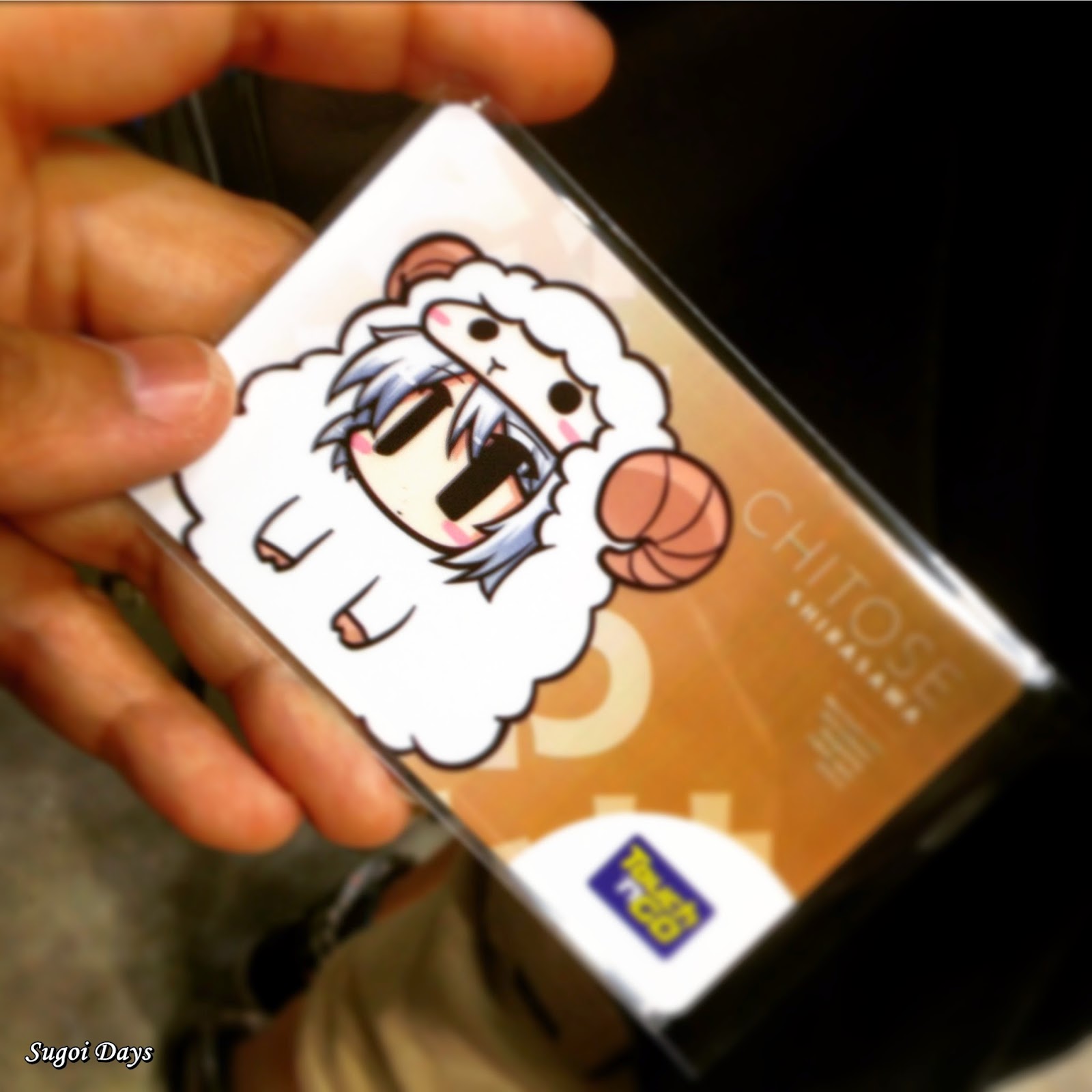 Later I saw quite a few of the doll's owners walking around and oddly enough, they were....um, older men. Well, who else would have the finances or the interest to own a well-endowed doll.... 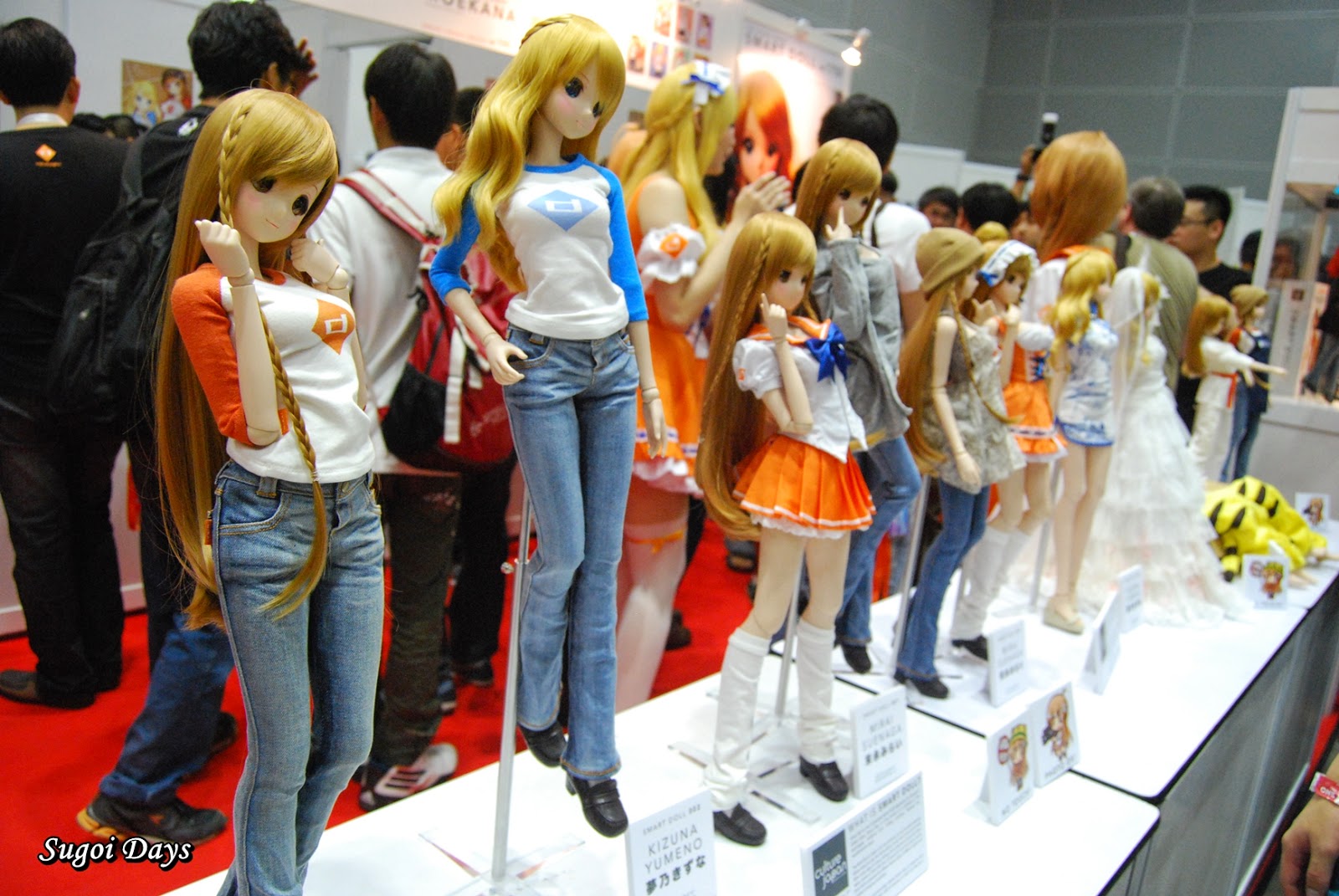 Moving on, with time on my hands  I decided to do something I never did before in previous Comic Fiestas. I queued to get a photograph with several international cosplayers. If this image doesn't give you an indication of how crazy long the line was, let me tell you. It was long. 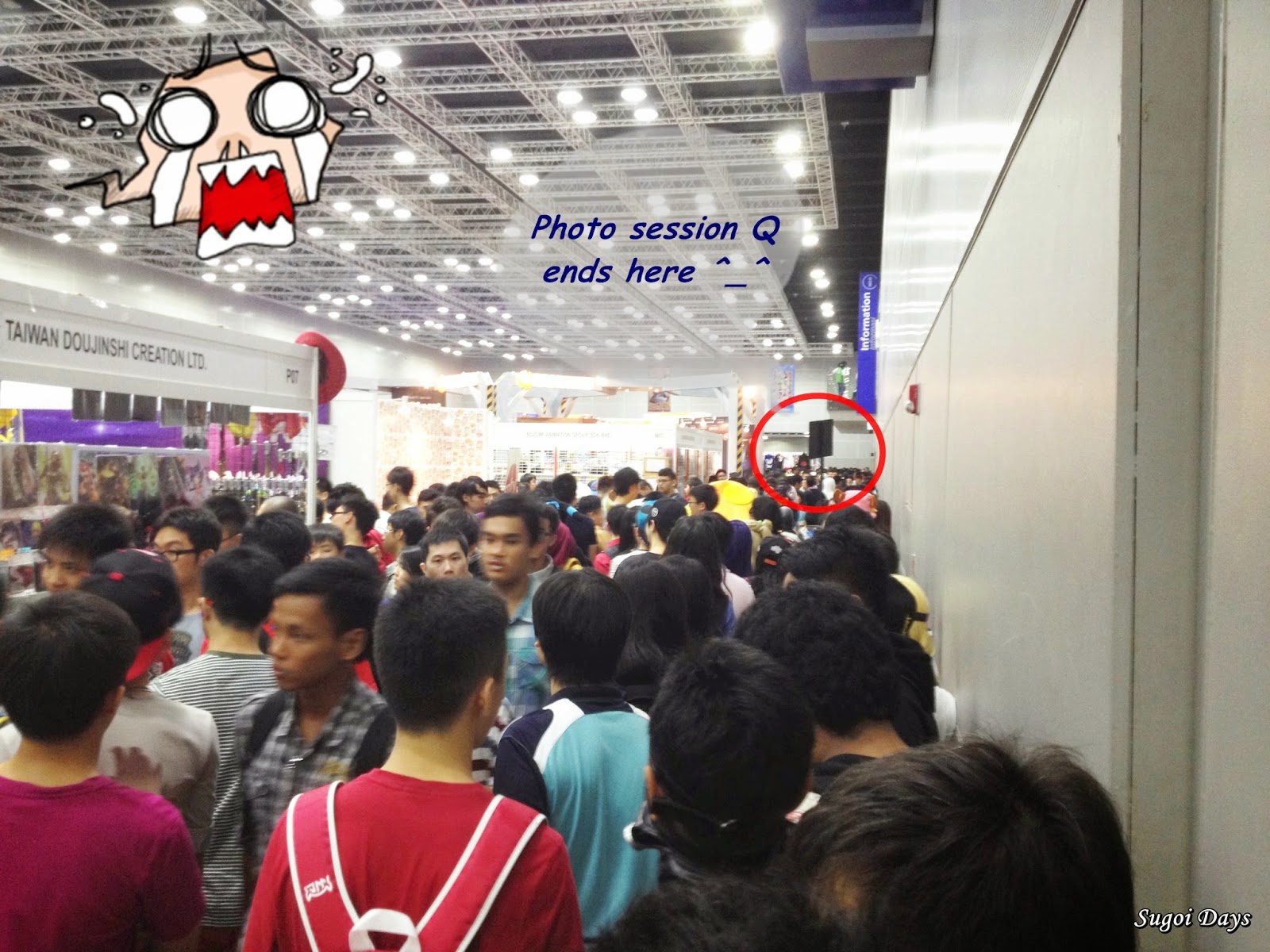 It was 50 minutes before it was my turn to snap a picture with Liui, Mon, Aza and King. Just quick hi, snap, thanks, bye. A 50 minutes wait for a 5 second experience. Totes worth it though! 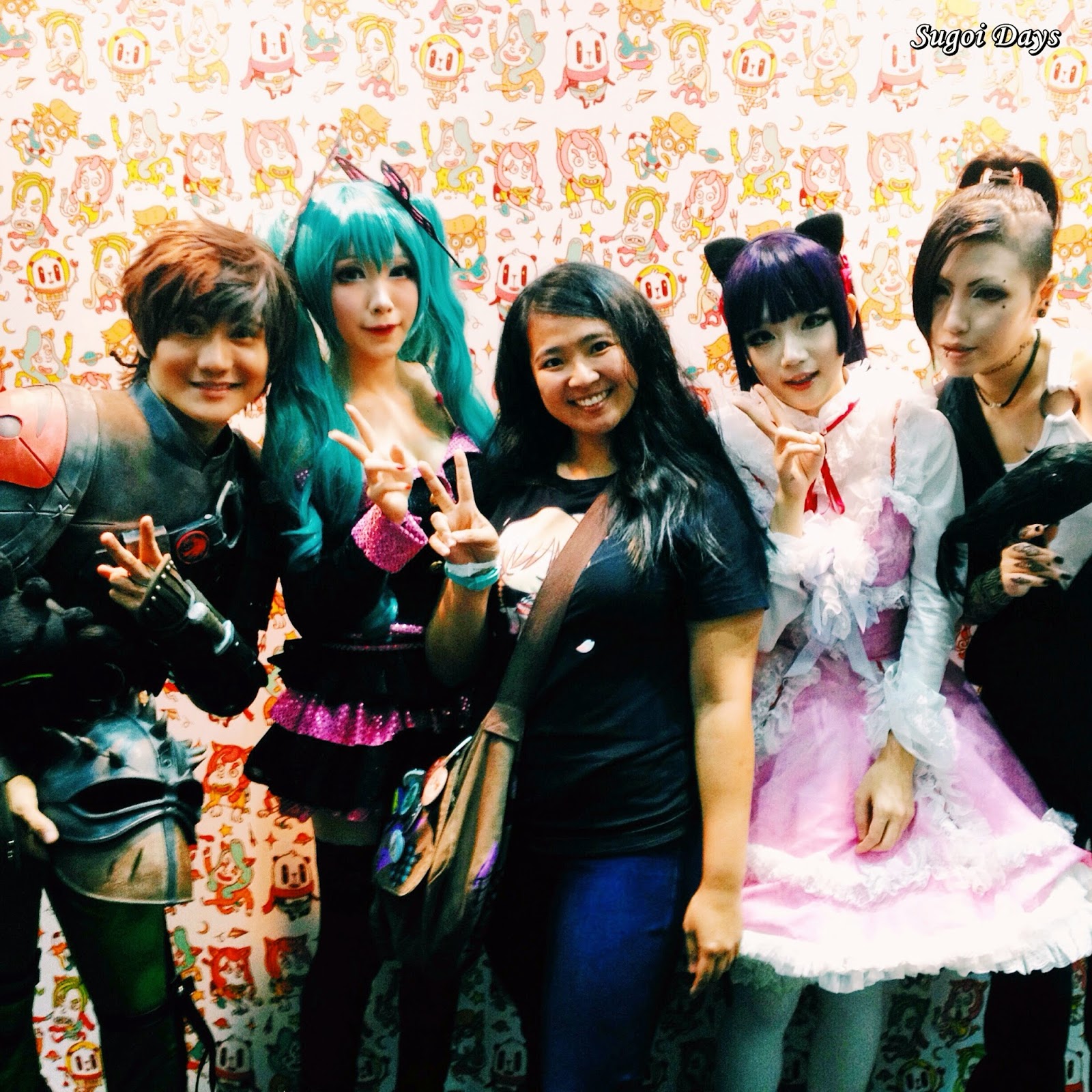 It was so worth it that I did it again on Day 2, this time for Liui's signing session which was an one of a kind experience alone. 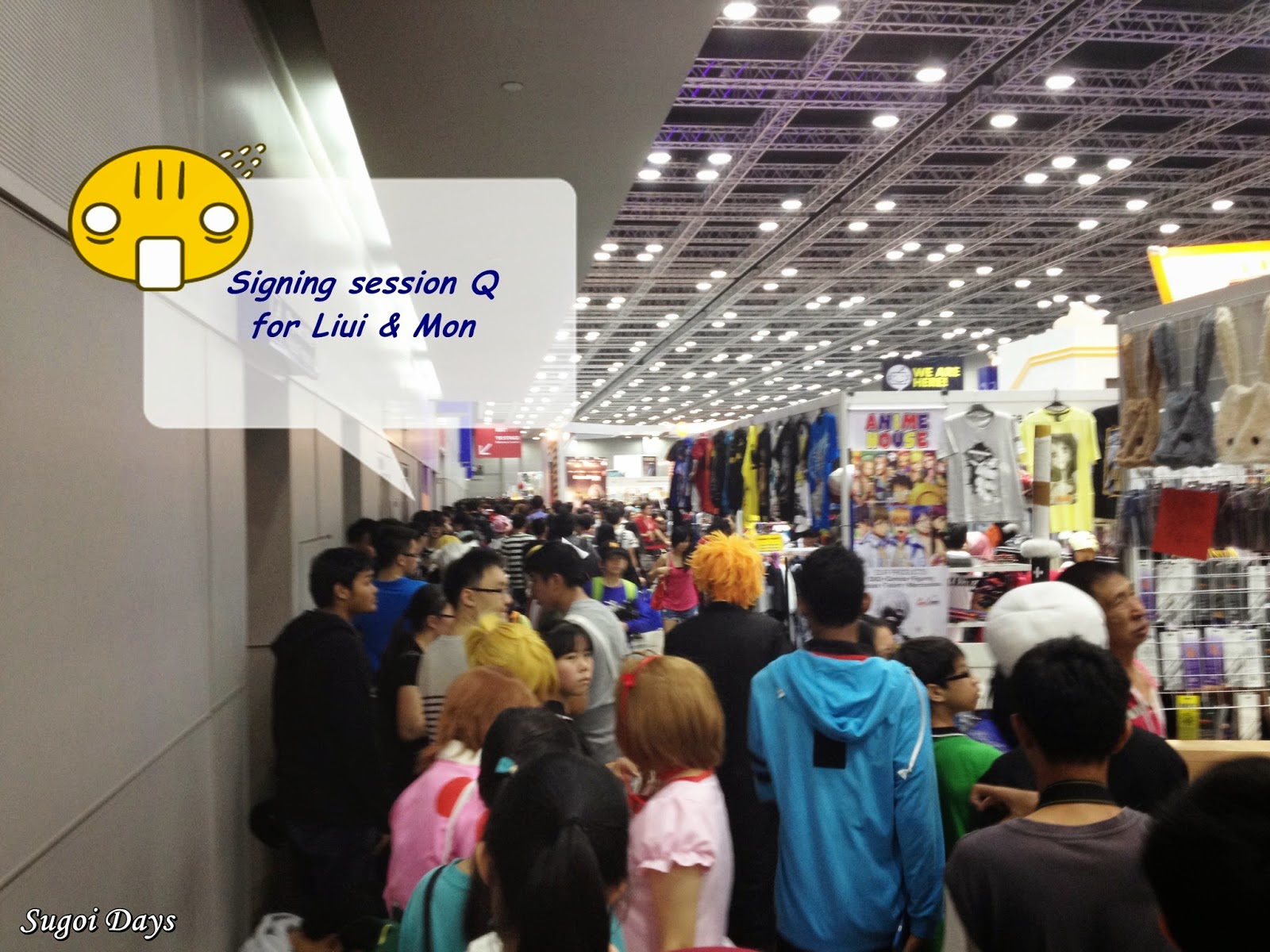 While standing in queue, I witnessed a snatch thief chased and caught right in front of me and the disappointed crestfallen looks of girls in front and behind me upon realizing that a coupon was needed to get his signature. It was a very...drama-filled 60 minutes. 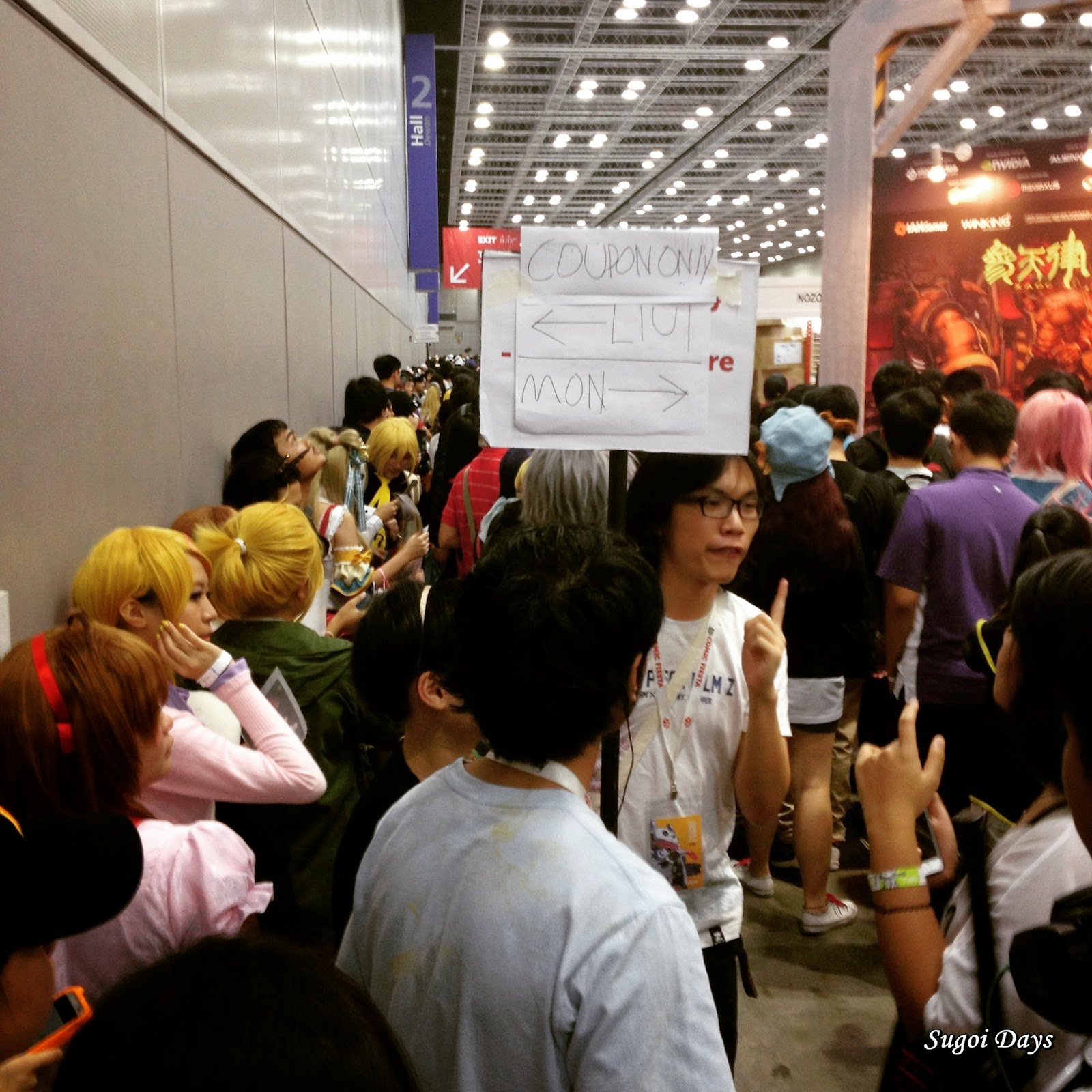 But when it came to my turn to approach Liui, the cosplayer who aced the Hiccup and Jack Frost cosplay, who surprised everyone at Animangaki this year with his attendance, it suddenly crossed my mind, "I am so not prepared for this." Heck, the (coughing, sick) girl behind me had letters ready for Liui! Letters which required effort to write! 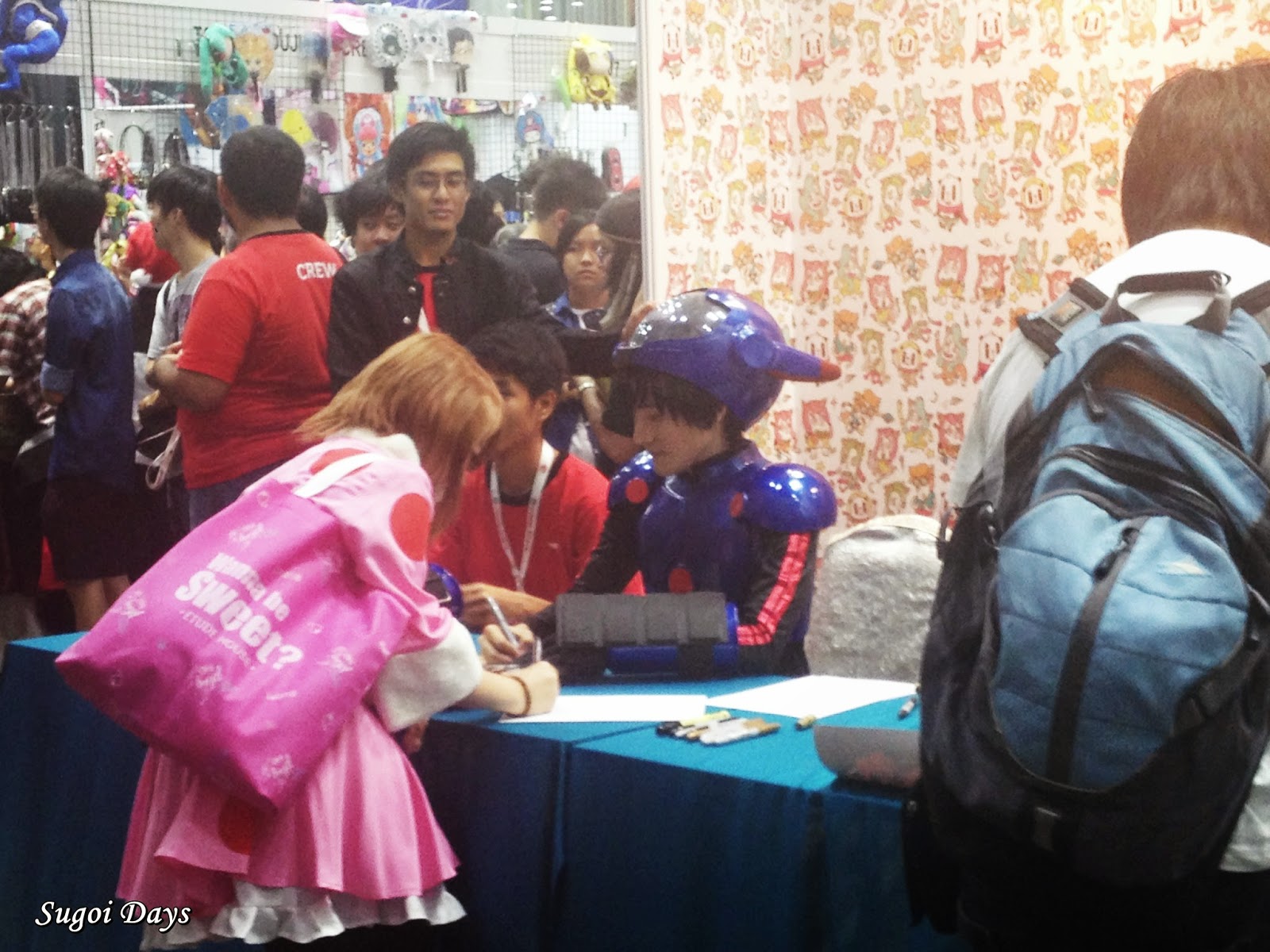 Yet, as I approached him, waving like a giddy fan girl, Liui made the first move with an excited comment about my kitty shoulder companion before wishing me Merry Christmas. Was it still Christmas? I forgot. I was too starstruck in that moment. 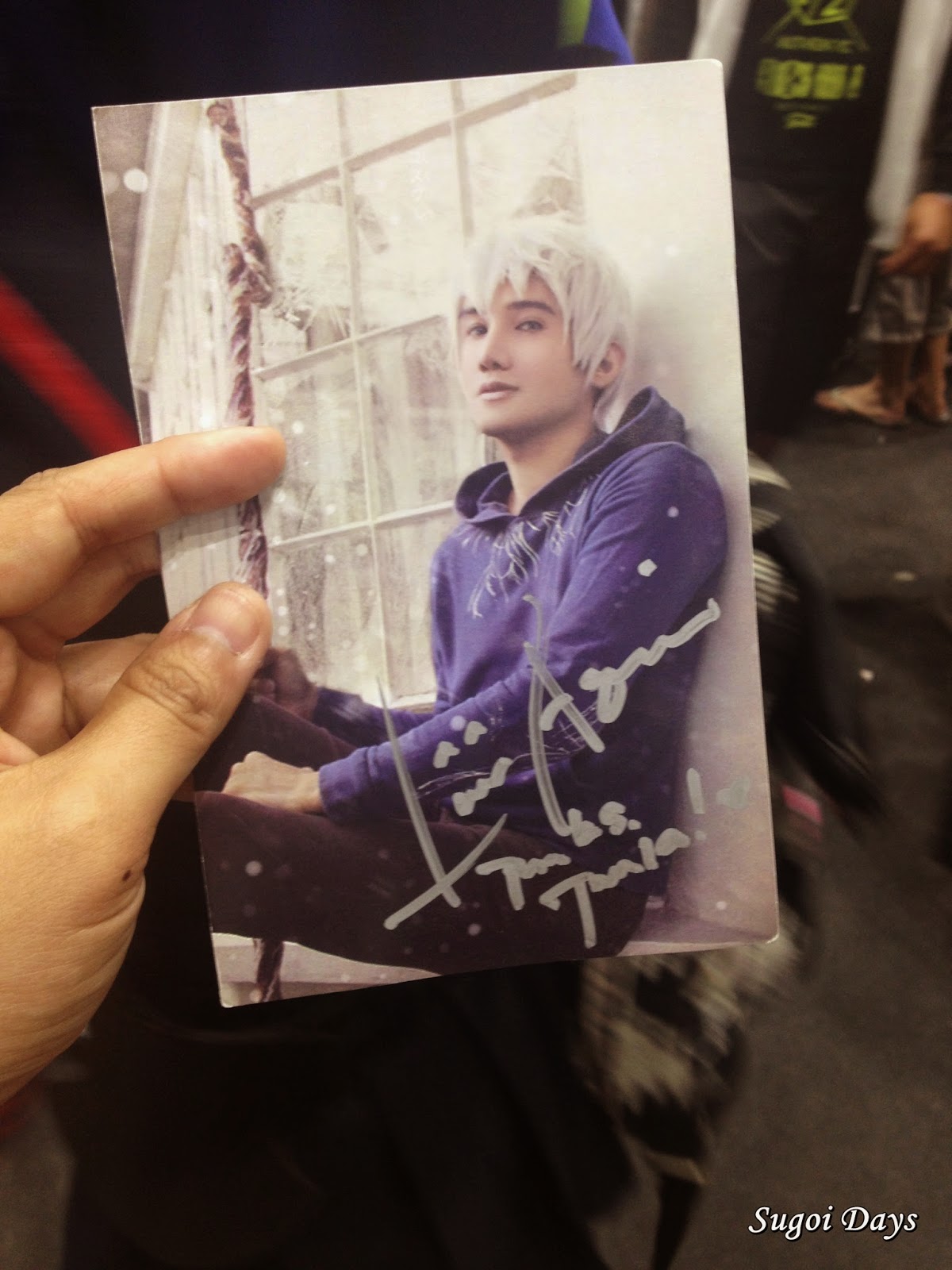 Liui signed my poster of him as Jack Frost, dedicated it to me (awww....), gave me a high five and thanked me for my support. I love you too, Liui! Marry me!

Eh-hem...anyway, Comic Fiesta 2014 has talks on both days and once again, I did something I've never done before. I sat in on one about the LINE Creators market. Famous comic blogger and LINE Stickers creator, Chee Ching and Danny Choo gave their thoughts and advices on entering the sticker creating business with LINE. My friends and I were actually there to kacau support Chee Ching (I am sure she appreciated the support okay) but surprisingly, we found the talk all in all quite fascinating. 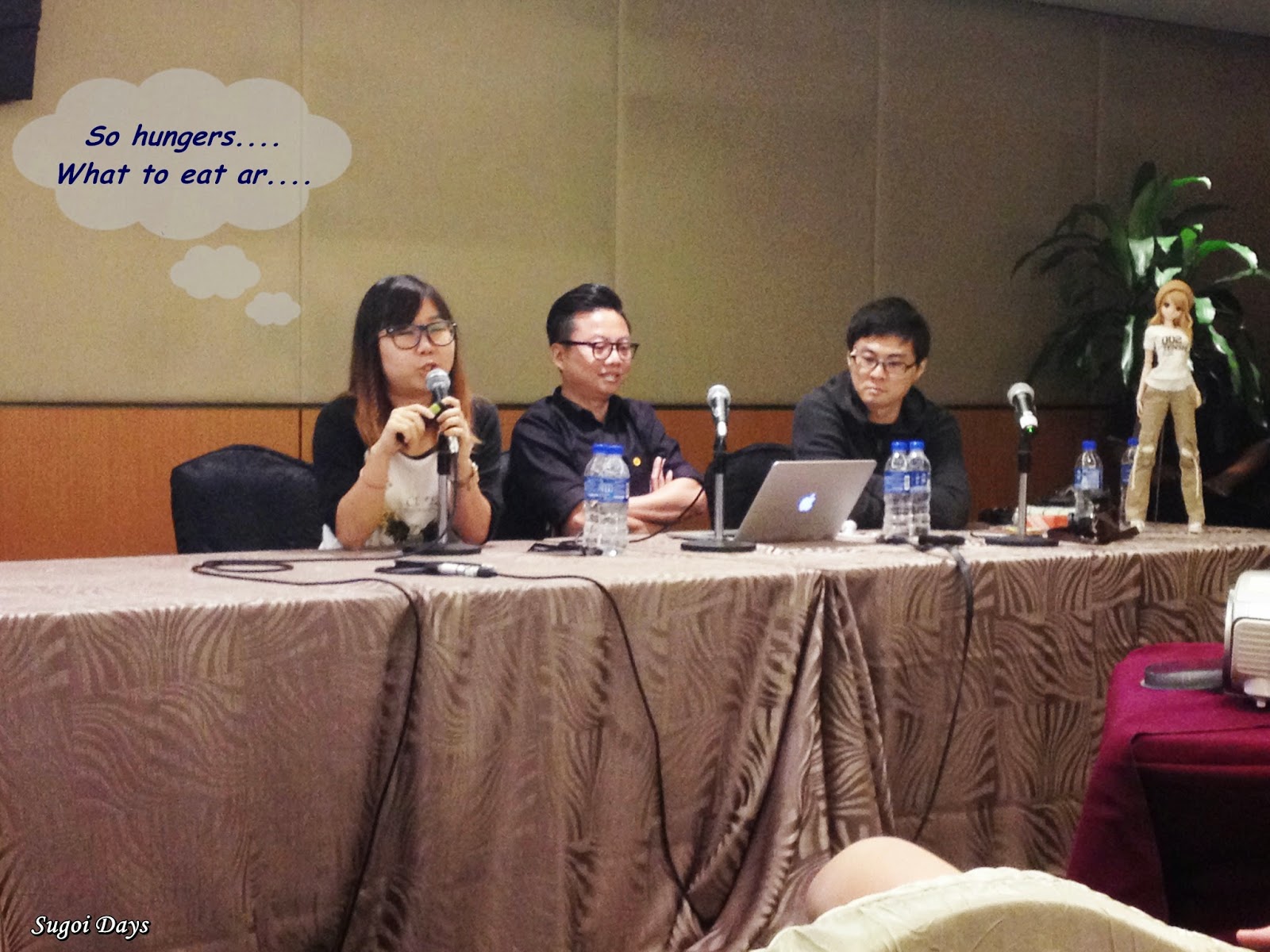 I departed Comic Fiesta on both days with aching legs and a satisfying amount of purchases. Instead of following my previous years motto (Buy first, regret later), I abide by a new one this year which was 'Do I need this..." 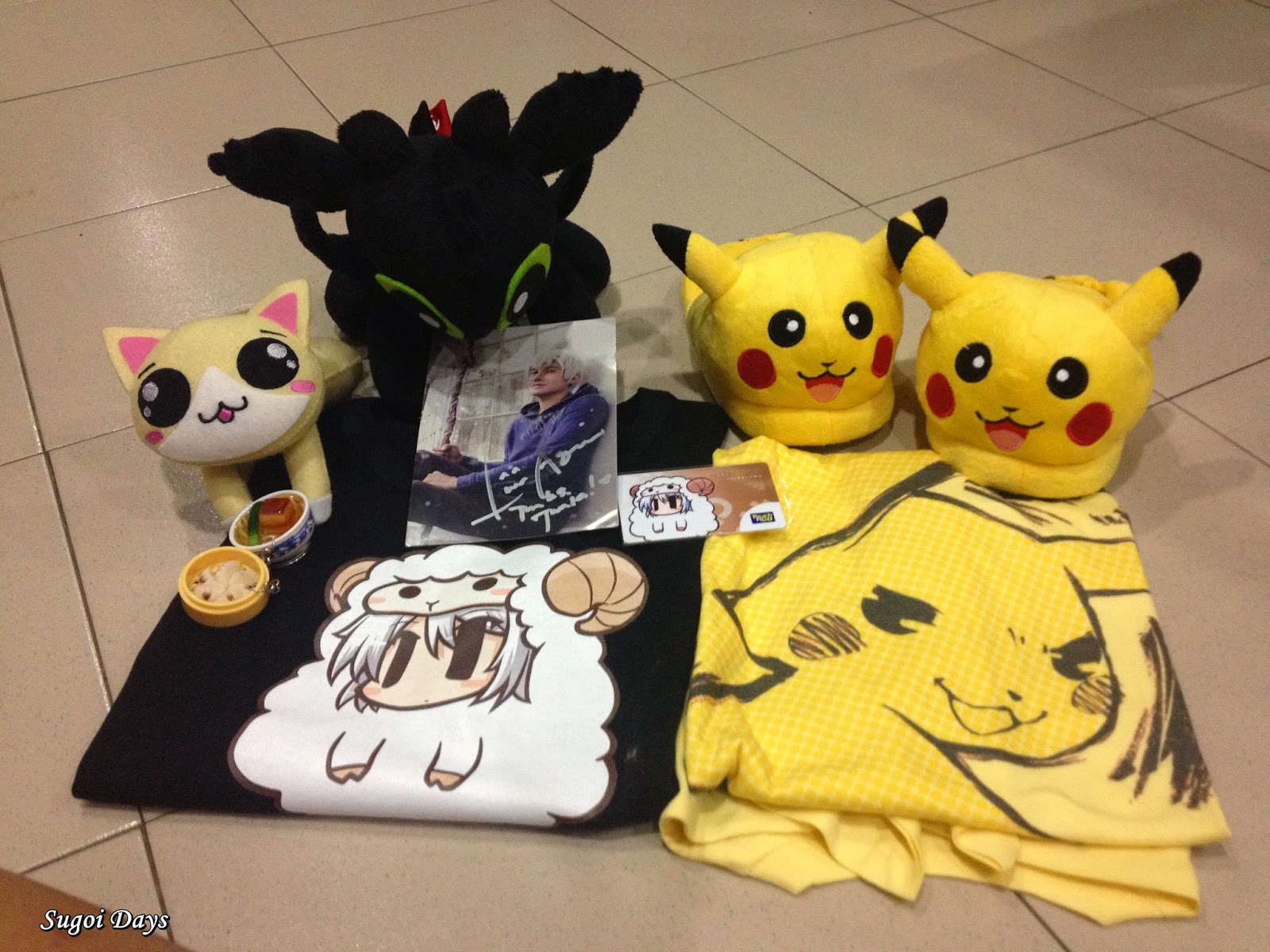 In the case of these items, the answer was a sounding yes. Especially the Toothless plushie and Pikachu slippers. 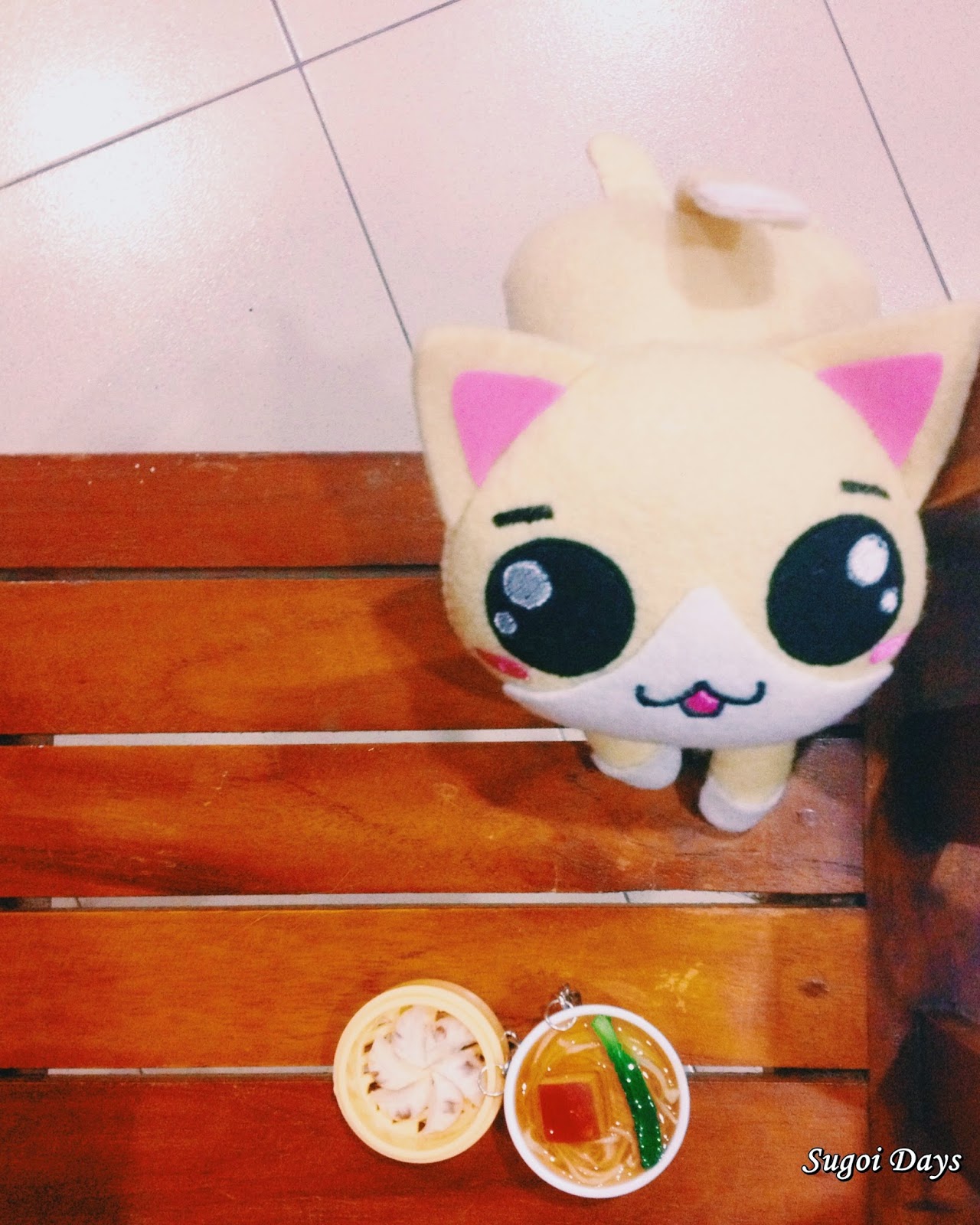 While I found Comic Fiesta 2014 wasn't up to par as the past two years (due to the stage location and crowd management) it was still an enjoyable experience. Seeing the cosplayers, hunting down limited edition stuffs, walking my friends through culture shock and queuing for a hot guy's signature...it was fun. I think I'll do it again in 2015.

Elated to know about your party and hope you enjoyed a lot there. Few weeks ago, I arranged a dinner party at a grand event space Chicago. Hired a reputed party caterer and prepared amazing recipes for this event. Everyone liked this food very much.