The #YourNutella campaign has indeed officially launched in Malaysia. After kicking off in the Middle East, Europe and most recently Singapore, Malaysians can get their own customised Nutella jars for themselves or even their family and friends. 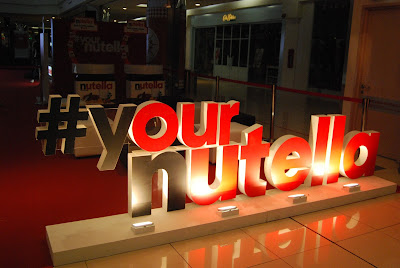 The official launch was held at the center court, (new) old wing of One Utama on the very first day of the #YourNutella roadshow (9-13 March). The media turnout for this morning midweek event merely showed how well-loved this brand was with editors, photogs and bloggers turning up to show their support. 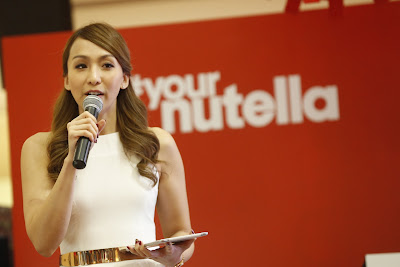 TV host Belinda Chee kicked off the event by welcoming Leonardo Perrero, Marketing Director for Ferrero South East Asia to the stage for his opening speech. This was perhaps one of the fast media launch I've had the pleasure of being a part of because right after the speech, the #YourNutella campaign was quickly launched! 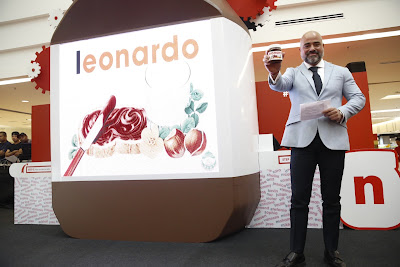 Mr Perrero demonstrated step-by-step that needed to be done at the roadshow for the public to get their own personalised jar.
1) Pay RM15.90 for a 350g jar at the payment counter
2) Get the receipt verified and collect your empty jar
3) Take it to the tablet counter and key in your name to be printed. Only 9 characters including space allowed.
4) Once submitted, place your jar on the conveyor belt of the printing machine
5) Let the angels/cherubs of heaven poop into your jar and label your name to it.
6) And voila, your jar is ready! 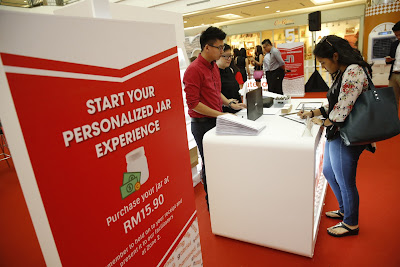 It was that easy as discovered by the media and myself after the entire event as we got to print out our jars. At only RM15.90, it really was a well worth it novelty item for the Nutella fan and an even better present for your family and friends. I mean, who doesn't love Nutella?? 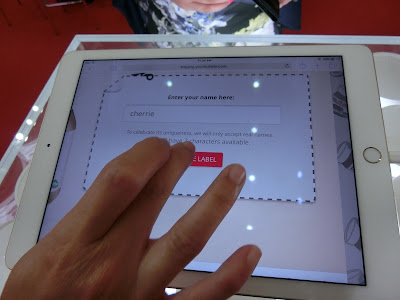 The roadshow at One Utama starts at 10am daily until 13 March. After that, fans can drop by selected supermarkets and hypermarkets to get their jars where promotional events and activities will be held. If they can't find their names, they can always print out their own label from the www.yournutella.com website which launches on 14 March. The list of stores are also available on the site. 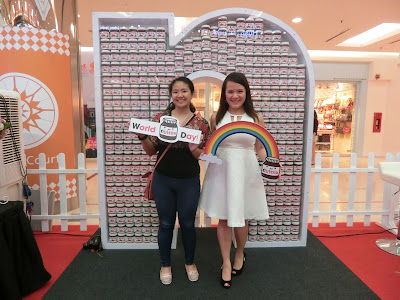