I had one...not so positive experience with AirBnb prior to this so I was a bit reluctant to use it for my last minute trip to Penang for a race. But I was glad I went ahead and booked with Joyce and Jason for their gorgeous duplex apartment at Maritime Suites, right above Maritime Waterfront. 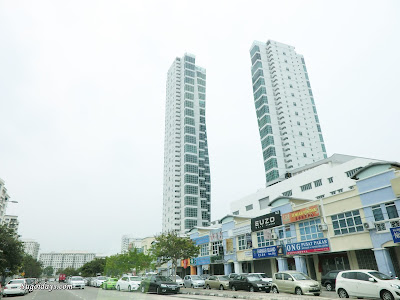 I picked Maritime Waterfront mainly because my sister had booked a similar apartment there with her friends and I felt it would be easier to coordinate logistic wise with her if we were to stay there too. Also, the place had ample of cafes and drinking holes around, a 24-hours Starbucks and McDonalds and a lovely view of the waterfront and the old Penang bridge. Furthermore, George Town was just a 10 minutes drive away.


I contacted Joyce just a day before I was to drive up North and booked her place. Her responses was fast and helpful with little pressure on the guests. I only told her of my expected time of arrival that day itself and she and Jason were very communicative and clear on the directions to checking in.

Finding the apartment was a bit tricky but after asking the resident guards, I found my home away from home and it was, as aforementioned repeatedly, gorgeous. We were allocated two parking bays in a secured basement floor for hotel guests and residents with a direct lift to our floor. Upon entering, my parents and I found a well-equipped kitchen on the right and the first bedroom for two on the left. A little further in and we were standing in the high-ceiling living room with tasteful decorations. 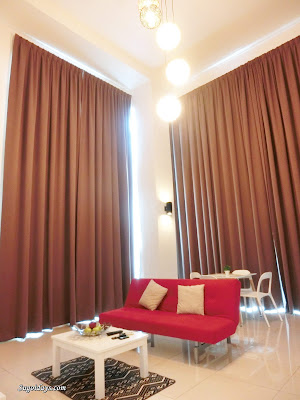 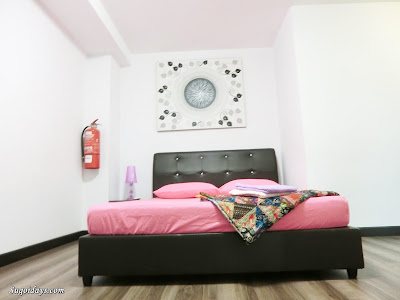 The duplex apartment over looking the bay and the Penang Bridge in the distance could house up to six guests with its two bedrooms and two mattresses in the living room. Despite me calling dibs on the loft bedroom, I ended up sleeping in the living room after crashing from the Men's Health Women's Health Night Run. The living room was much cosier anyway. 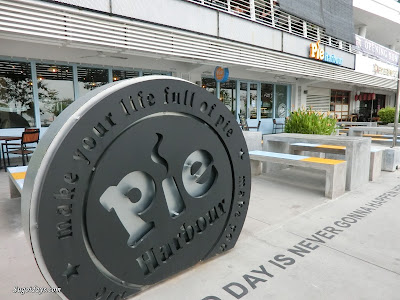 In the wee hours of the morning when we were all starved for some food, all we needed to do was run down and voila, 7-Eleven, grubs and food all around. Pie Harbour became my favourite cafe to visit for decently priced pies of sweet and savoury and coffee while there. 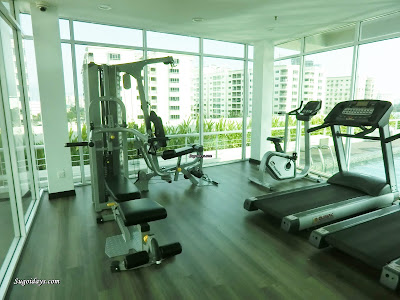 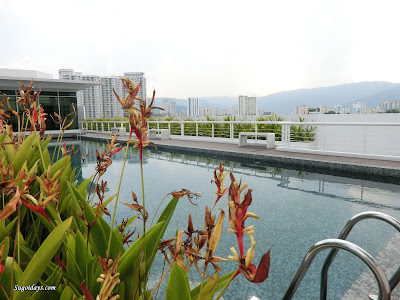 While the waterfront-facing side offered a more modern food sections of bars, pubs, restaurants and cafes, it was the row of shops behind it where we found delicious Penang Char Kuey Teow from an uncle who cooks from his motor stall. He also had fried noodles and fried rice which provided quite yummy as well.

Anyway back to the apartment. Check-in was fairly flexible as we just needed to inform Joyce and Jason an hour prior to our estimated arrival time. Check out was 12noon, more than enough time for us to sleep in, eat breakfast, swim in the apartment pool, wash up and pack up.

I wished I could have stayed an extra night at Maritime Suites but alas, reality called and I left behind the grandeur of living in a beautiful duplex on an island. A night at Joyce's and Jason's apartment cost approximately RM380 per night for seven pax so that works up to be about RM55 per person.

You can check up Maritime Suites apartment at this link: https://www.airbnb.com/rooms/6887922


Use my code here and save RM138 from your first stay with AirBnb:  www.airbnb.com/c/taniaw48?s=8