I was nervous. My heart was racing with anxiety and also excitement as I stared ahead at the majestic sight that was Aki Nabalu or more famously known as Mount Kinabalu from the platform of Kinabalu Park HQ. 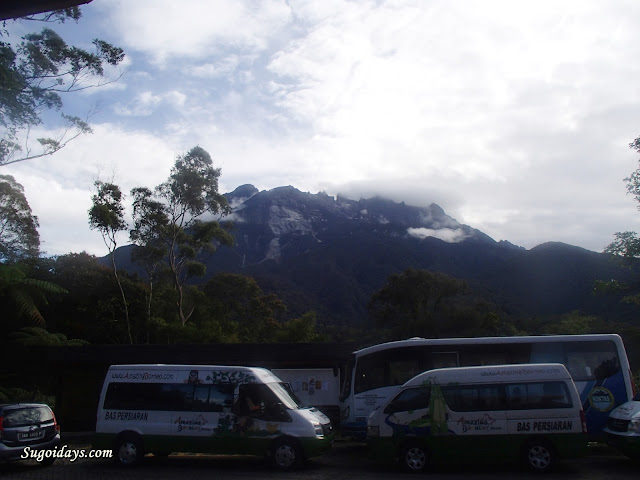 After over a year of planning, I was finally going to climb Mount Kinabalu. It was supposed to be a trip made last year but due to the earthquake that shook the region on 5 June, killing 18 people, the climb was postponed. It had been a sad day for Sabah and my group decided to pay tribute to the lives lost by summiting the mountain on the 1st anniversary of the earthquake. Fast forward to a year later and there I was. 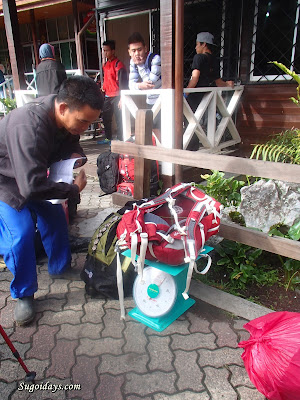 It was the morning of 4th June 2016. My group of seven and I had just grabbed a bite from the generous breakfast buffet at the park's Balsam restaurant and were waiting for our bags for the porter to be weighted. Just for the knowledge of those planning to climb Mount Kinabalu soon, it was RM13 per kilogram as of June 2016. 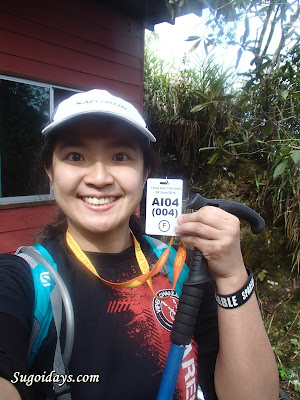 Our two guides for the hike were Jasili and John, two super nice and jovial fellers. We collected our climbing permits from them and for some of us, rented hiking sticks for a fee of RM10. With our guides, we were then transported to the Timpohon Gate, the entrance and first step onto the summit trail to Mount Kinabalu. 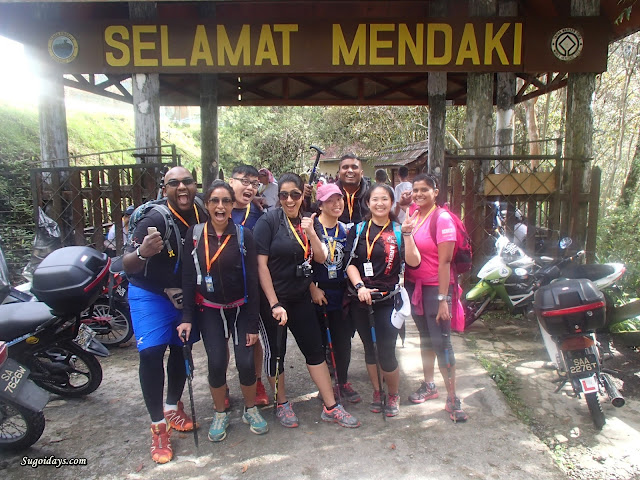 There were a lot of Singaporean media present at the gate when we arrived to interview a party of teachers, parents and students from the Tanjong Katong Primary School from Singapore. Like us, they were also preparing to make their ascent to Laban Rata as a tribute to the students who perished in the earthquake. We were given a thorough brief by Jasili on the trail, the mountain huts along the way and also the signs of altitude sickness and by 9:20am, we set off into the Timpohon trail. 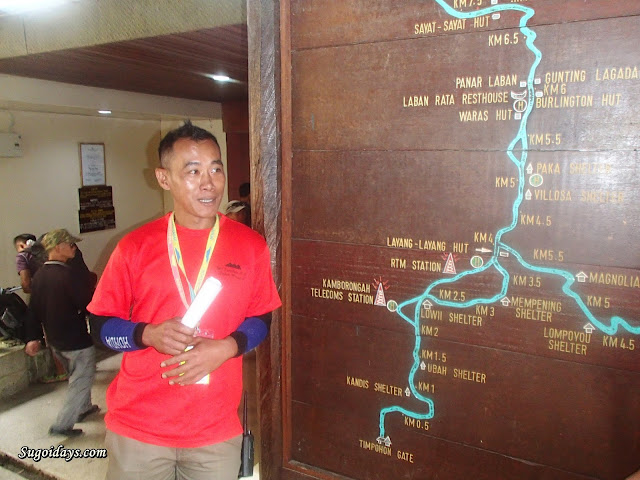 The sight of Carson's Fall greeted us about 400 meters or 15 minutes into the trail. The ambiance was lively, the chatter between hikers and high spirits ringing through the trees as we started up gentle ascent of the first kilometer of the 6km climb to Laban Rata for the first day. 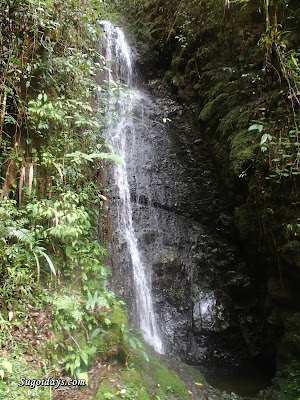 My mother who had climbed Mount Kinabalu three times imparted these words to my sister and I when we were training for the hike. "The sooner you get to Laban Rata, the more time you will have to rest for the summit hike the next day." My sister and I were eager to get to Laban Rata but we were also mindful of going up too quickly. While we were not yet in danger of altitude sickness, it was important for our body to acclimatize and to adapt to the oxygen level in the air. 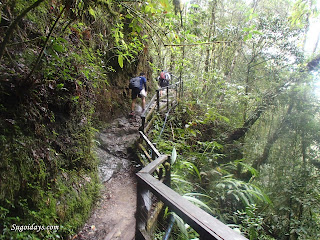 So we found a steady pace that didn't leave us gasping for air and crawling on all fours and stuck to it, taking 1 minute breathers now and then.All throughout the hike, porters with over 30kgs on their back were breezing past us as though they were just on their daily stroll. It was mighty impressive and I could not help but greet each and every one I saw going up or coming down. 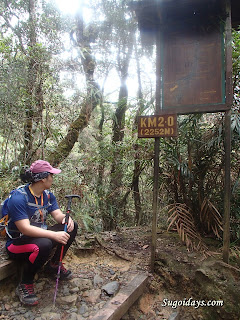 One of my friends on the hike with us, Alex described the climb as Gunung Datuk (in Seremban) multiplied by three. It was. I was aiming to reach Layang-Layang hut at 4km for lunch and by 10:50am, we were at the 3km marker. 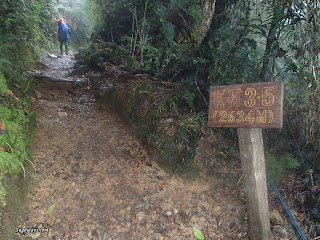 From here, it got a tad trickier as it started to drizzle. Fortunately it didn't turn into a heavy downpour but it did make the ground slick with mud and the rocks more slippery. We continued with caution, not wanting to end the journey with a sprained foot. I estimated we arrived at Layang-Layang hut at 11:30am and joined the groups of hikers there for lunch with our packed meals prepared by the park restaurant and given to us at breakfast. 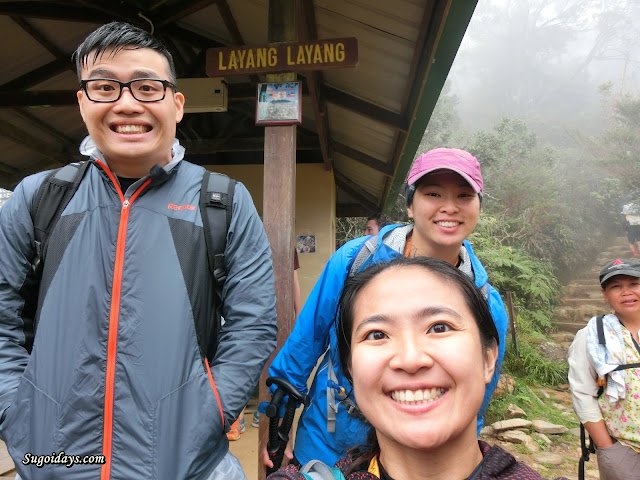 A hard-boiled egg and a sandwich from the pack, a power gel and several sips of electrolyte water later, we were ready to push on. The trail had gotten misty at that point, completely hiding the mountain from our view and turning the air cold. Our bodies were also already cooling down due to the extended lunch break. Tugging on our waterproof jackets, we departed Layang-Layang but not before snapping a photo of a bird posing on the signage. 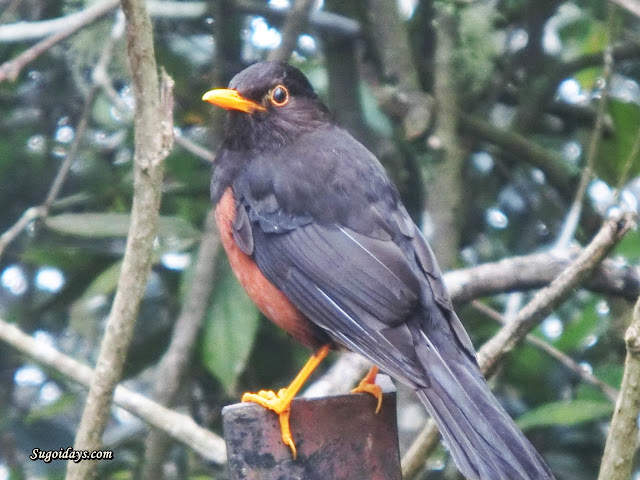 '2km more. We can do this!' I thought with renewed vigor. 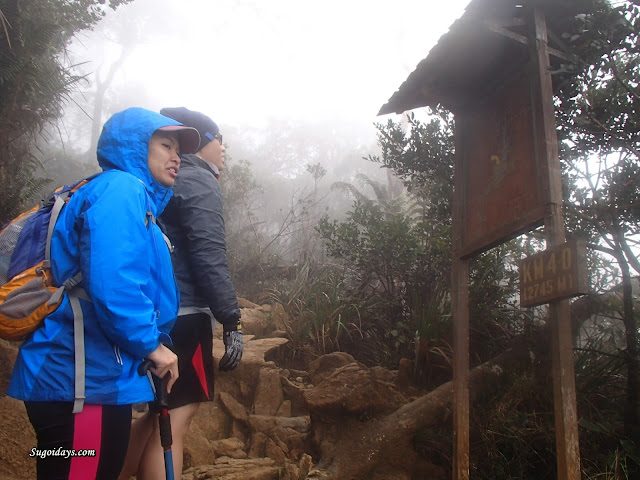 A renewed vigor that lasted about 30 minutes before we were sitting on a rock or tree branch, trying to slow our thumping hearts and catch our breaths. After the 5km marker, the air got thinner and the terrain changed, turning rockier with less shrubberies and flora. The trees soon vanished but the mist did not. 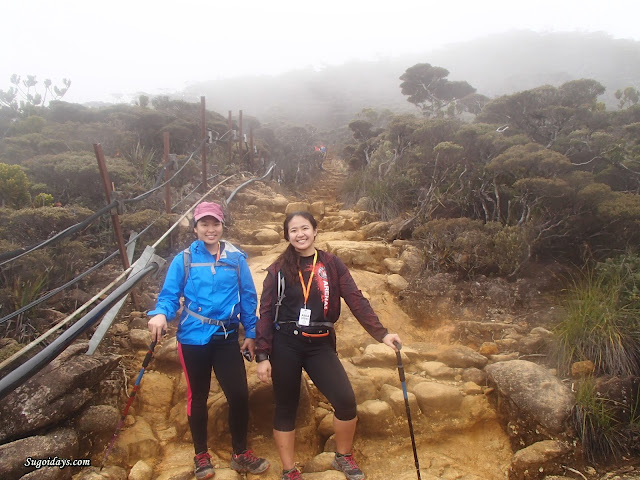 At one point, my sister and I sat down at the boulders at the side of the trail to open a packet of biscuit. A hiking party of three guys scurried past us. Then their guide looked back at us, two sad girls sitting on the rocks munching on our biscuits and told us,

Still munching on the biscuits, we pushed up the stretch to Waras Hut, one of the many accommodation provided at Laban Rata. We turned a corner, took a few steps upwards and the view of the white building that was our rest house for the night greeted us beyond the mist. It was like a scene from a horror movie, probably titled the Mist or the Climb but to us, it was a joyous sight to see. 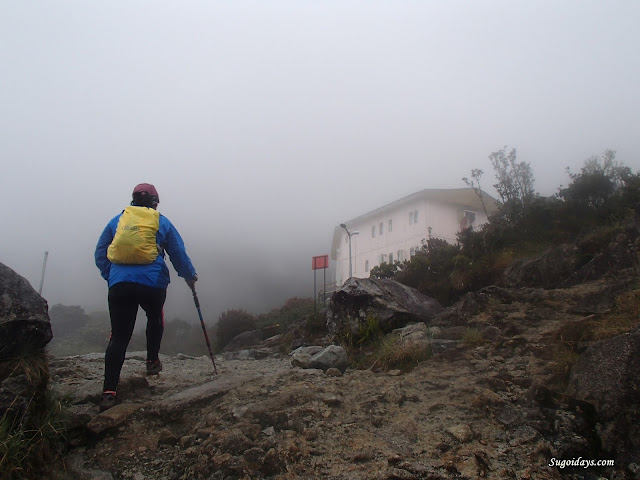 After 4 hours 30 minutes of climbing, we had reached the base camp of Mount Kinabalu.