As soon as AirAsia X announced their flights to Sapporo, Hokkaido mid last year, I immediately locked down the cheapest tickets I have ever seen for myself and the family for a vacay in June 2016. Come 19 June 2016, I was comfortably seated in the Quiet Zone, looking forward to the flight for once. Mainly because I had the whole row to myself and I wasn't the only one. By some miracle, my entire family had a row to themselves in an otherwise full flight. 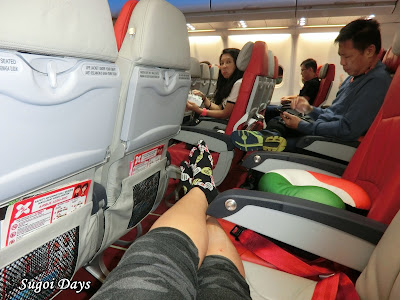 We landed in New Chitose Airport in Sapporo, feeling refreshed after a relatively decent sleep on-board. The weather forecast warned us of a rainy day but we had no idea how rainy as we took our sweet time exploring the Domestic Airport that was linked to the international terminal. 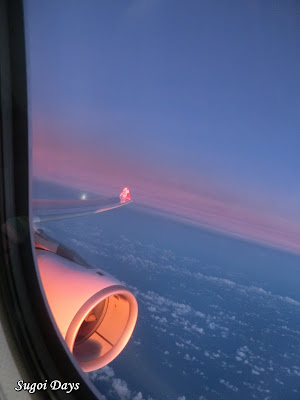 There was so much more things to see and eat in the domestic side and I only regretted not spending more time there. 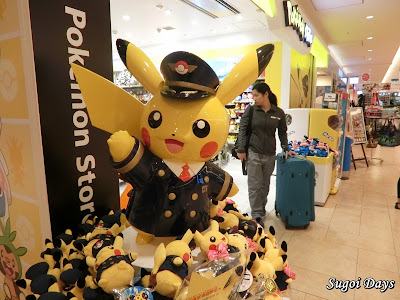 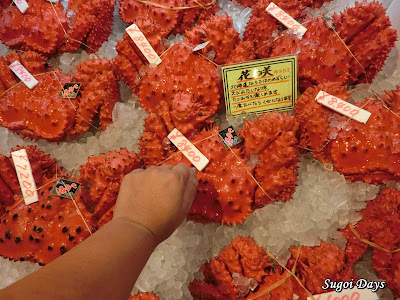 We caught the Chuo airport limousine bus to downtown Susukino for only 1,030yen each and using a mobile wifi router, navigated our way to Khaosan Sapporo International Hostel in the rain. Located just 10 minutes away from Susukino subway station and the main eating hub of Susukino itself, Khaosan Sapporo was the ideal place for the budget-conscious family such as mine. 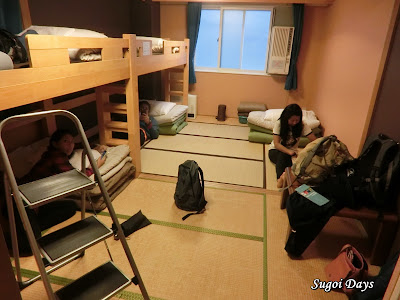 Throughout all this, rain continued to pour and gave no sign of letting up. It may be summer in Japan but the wind and temperatures gave the illusion of winter in the Northern island of Hokkaido. Eager to warm up our bodies with some good food, a quick google search found Suage+ Soup Curry to be the best in the local specialty of soup curry. 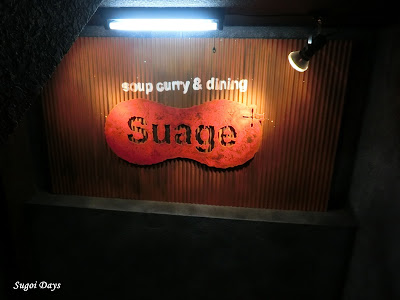 We braved the cold and rain to walk five minutes from our hostel to the secluded, well-hidden restaurant in an alley on the second floor. A 20 minutes wait issued, indicating how popular the place was amongst the locals. The queue forming behind us confirmed it. 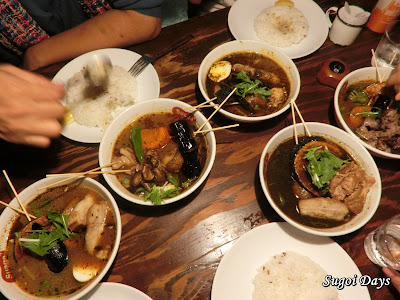 Suage+ Soup Curry had English menus much to our relief and we quickly pointed out which soup curry we each wanted, along with the rice portion. There was something of everyone, even the vegetarian or seafood lover. Each meat type added a distinct flavour to the soup, making it all the more special. The spiciness of the curry was adjustable to our liking and most of us kept it medium, not wanting to spend the rest of the day with stomachaches. 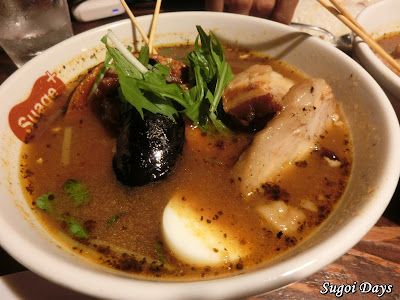 I opted for Furano Pork Kakuni consisting of braised pork belly (1,150 yen) as my main meat and boy was it just heavenly melt in the mouth good. The soup wasn't at all spicy despite selecting a 4 on a scale of 10 but what really took me by surprise was the sweetness of the grilled vegetables and sweet potatoes sitting in the soup on skewers alongside the pork. With the chilly weather outside and the rich flavours of the dish, I literally licked my bowl clean. 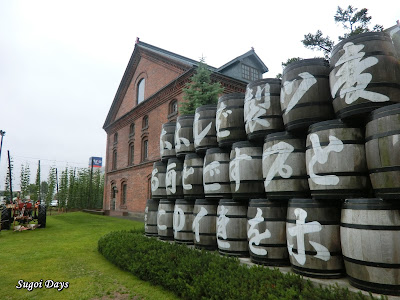 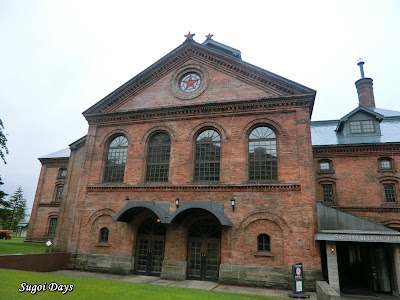 It basically rained the whole day, forcing us to take the underground passageway from Susukino station to Sapporo JR station. We could have taken the subway but our curiosity got the better of us and this resulted in us walking 2km underground with nothing much to see. 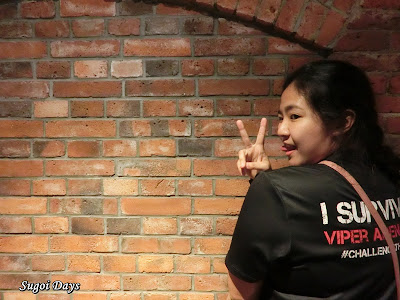 At the tourist information center at the Sapporo JR station, we purchased our Sapporo-Otaru passes for our day trip to Otaru the following day. From there we took the specially assigned bus to the Sapporo Beer Museum. 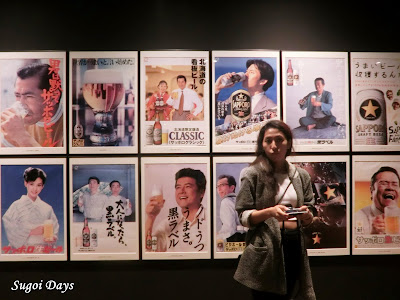 As the origins of the Sapporo Beer, it was quite a learning experience to read about how the history of beer had evolved. Or rather it would have been had there been more English descriptions and guides throughout the museum. The red building and garden space was lovely to hang around through. We wanted to try their three specialty beers but they were sold out unfortunately. 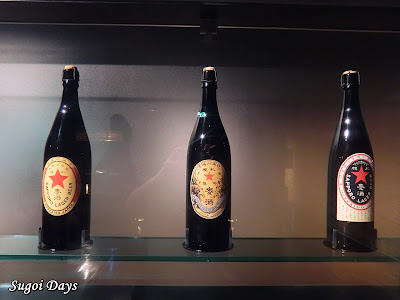 Sapporo Beer Museum also offered Genghis Khan BBQ but due to our deliciously heavy lunch, we were too full to partake of it and instead settled for tea time beer. 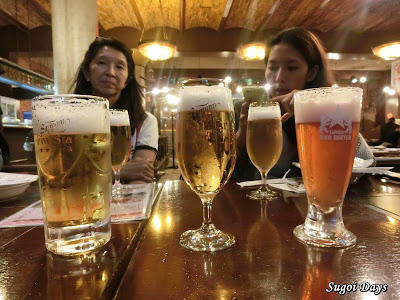 There was also a shopping mall behind the Beer Museum for those wanting to venture on to other things. I wanted to visit Sapporo Factory, a shopping mall located in a beer warehouse but a glance at my father decided it was time to head back to the hostel for some much needed rest. 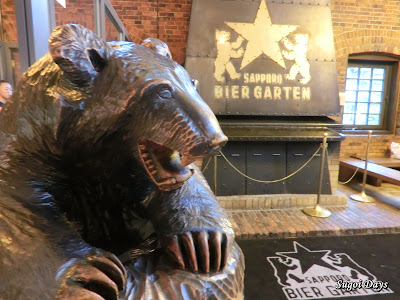 We caught the bus to Odori station, the nearest stop to our hostel along the route and took a leisurely stroll through the streets of Sapporo. Dinner came from Family Mart and 7-Eleven which were pretty decent if you just want something simple and cheap.

We turned in early that night because it was off to the seaside town of Otaru the next day!