After hearing raving reviews about last year's Genting event, I finally conquered the Viper Genting: King of the Mountain! 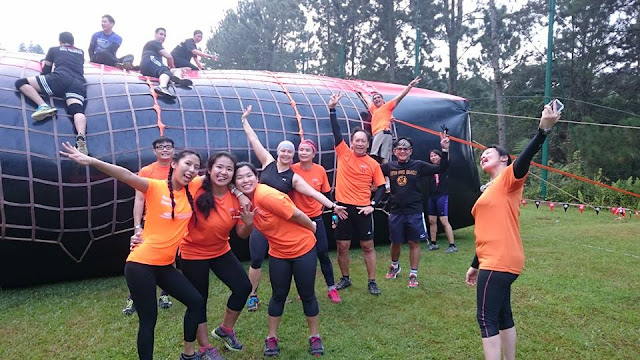 The fun started pre-race when we arrived at Awana Horse Ranch in the wee hours of the morning, parked the car the multi-storey parking lot of the sky cable and collected our wristbands. To my joy, several foodtrucks had already opened at the race village and I could not resist a cup of hot latte and a glazed donut before my 7:40am wave. While waiting around, we were joined by members of the other OBC platoons, since majority of us were in the same wave. 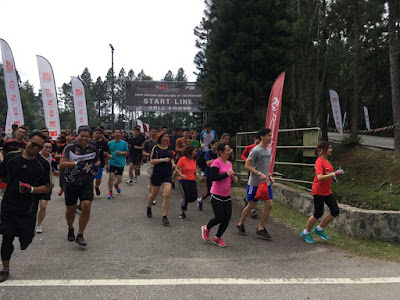 Come flag off time, we started off right on schedule! Imagine my surprise as Viper Challenge rarely ever starts on time! Hats off to the organisers!

We turned a corner right after the start line and it was an immediate uphill. This was Genting Highlands! Of course, it wasn't going to be easy. But nevertheless, jacked up on caffeine and sugar, I jogged up the whole 2km uphill route. On the way up, we saw the returning lead pack of the elite wave on their way back and called out to several of our OBC buds who were charging downhill. 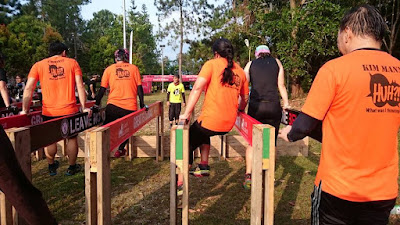 The obstacles came hard and fast and why not when there was only so much space and distance one can work with in 10km. Some were easy, some were wet, some required teamwork and some needed just plain luck and guts. Throw in the uphill and a route that cuts through Awana and you have a course that effectively staggered the participants nicely to avoid crowding at the obstacles. 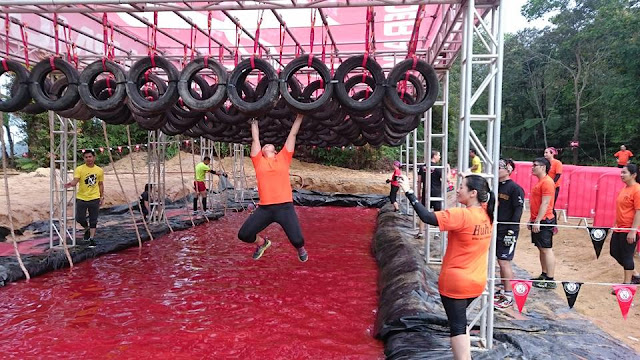 I must recommend the Tyre Trouble obstacle because I don't think I've seen an obstacle like that before. While I initially had my doubts about succeeding, a boost from a teammate set me off and before I knew it, I was on the other side. And then the marshal told me this awesome news.

"You are the third woman to pass." 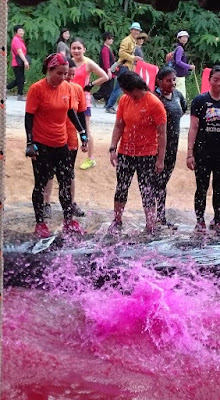 Woohoo! Granted we were only one of the early waves and the elite already had a go at it but still...Woohoo! No sirup bandung bath for me! The same cannot be said for my youngest sister who made an epic splash (literally) at her first obstacle race.

We encountered the much anticipated Rotating Cube in the last two km. An obstacle that was impossible to conquer alone, it required eight of us to get in and simultaneously roll over the giant cube while one teammate clung onto to get over it on the other side. We kept doing this until everyone was over. We enjoyed it so much that we didn't mind staying back to help other participants where needed. 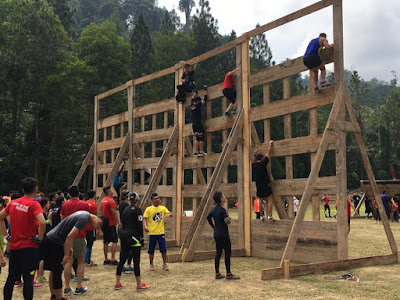 To finish off Viper Genting, we encountered the signature wall climb variety which amassed a crowd and a queue towards the later part of the afternoon. Despite the waiting time, participants were surprisingly patient and helpful this time. There was no pushing and shoving from what I saw. 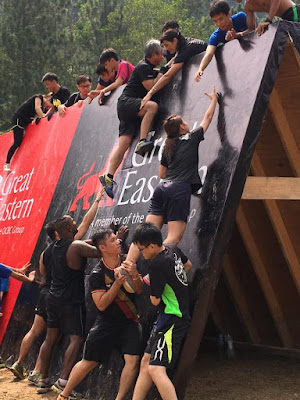 The course pretty much burnt off my donut and coffee from earlier. I was ravenous by the time we got back to the festival area after the race and it was off for more coffee for me from Senses Truck. 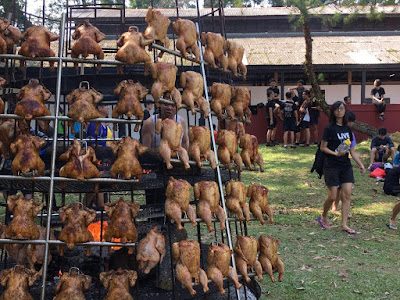 As I mentioned earlier, the festival area was awesome because there was just so many food options available from the trucks. There was even chicken roasted on the spot and gelato ice cream! 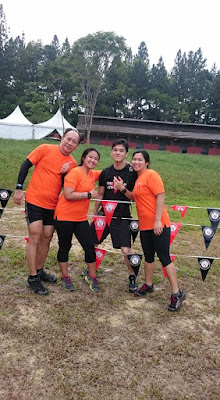 I was a happy girl and even a minor gutter accident that happened on the way to lunch did little to spoil my mood. The only thing that managed to do so was a Snorlax running away from me despite using a razz berry and two ultra balls. 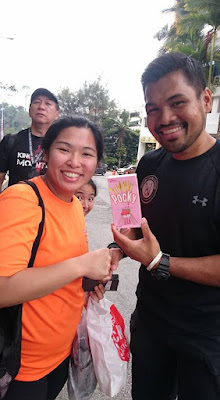 Now for an overall view of the event:

Pros
1) Registration was fast. The Viper boss was present to personally attend to us but he lingered there a bit too long though.
2) Festival area was well set up with ample food, drinks and seating.
3) Obstacles were fun! Especially Tyre Trouble and Rotating Cube.

Cons
1)  The route before and after the Rotating Cube basically merged the approaching and outgoing traffic of participants from the obstacle. I saw many people nearly colliding into each other because they weren't paying attention or was running too fast downhill. There were even people turning back at this point because they didn't want to have to walk up the slope again. 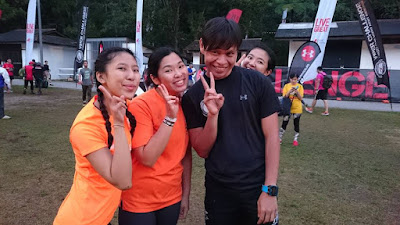 All I can say is....if Viper Challenge were to organise Viper Genting 24 hours, sign up me ASAP! 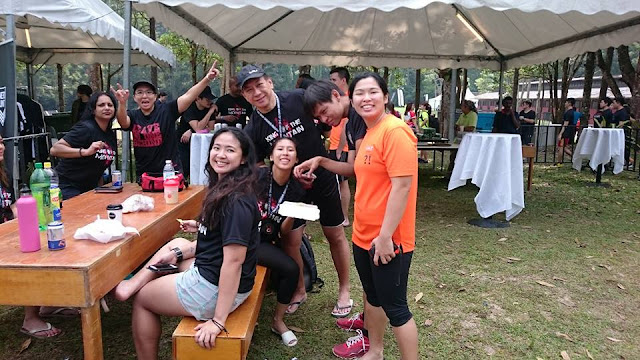 ps: photo credits to my mother who not only did Viper Genting but also did it with her phone, hence the photos and also did 21km the next day.
Posted by Tania at 8:07 PM

Very Well-Written Content. I found this blog unique and what i have been looking for, many thanks. Small Paragraphs On Independence Day in Hindi 2018