Colourful shirts from which you can pick one to wear for run.

AXA Hearts in Action 2016 had me at those points and without hesitation, I signed up for the 12km category and dragged along my mom and a colleague. Sadly, that was where all the positive points ended for the race organisers. 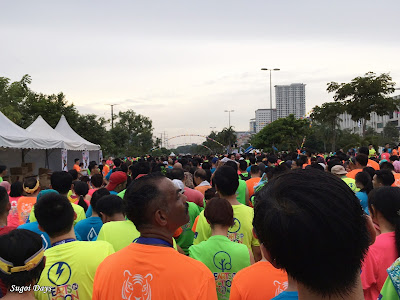 
I guess I should mention that the arch was also facing the wrong way hence why we weren't sure if the finishing arch was the same as the starting arch.

Race started at 7am on the dot and off we went racing into the Cyberjaya. The route was fine if not a little mundane. The first half of the 12km was hilly and within the first 2km, people were already walking.

I noticed there were hardly any marshalls or volunteers in sight to keep the runners from cheating and just cutting across the route on first in and out. In fact, there was hardly anyone around to control and direct traffic. Only at the major junctions were there traffic police. At important turns, we were only guided by the direction signages which was fine for the 12km. I heard the 6km runners ended up getting lost and following the 12km route.

Water stations were abysmal and I rarely ever use that word to describe anything. Nothing was prepared to receive the middle pack runners and volunteers were struggling to cope with the cups thrusted in their faces. Water was distributed via a pump dispenser which took up precious seconds and energy. There just wasn't enough volunteers at all the 3km, 6km and 9km water stations to hand out water. Why it wasn't prepared ahead of time was beyond me.

Well into the second half, we were running on the left side and was suddenly cutting across the road to the right because everyone ahead was doing so. Then to our confusion again, we cut back across the road to the left side, narrowly avoiding getting run over by a school bus. There were no marshalls dictating the route just cones. Because cones are such reliable guides. 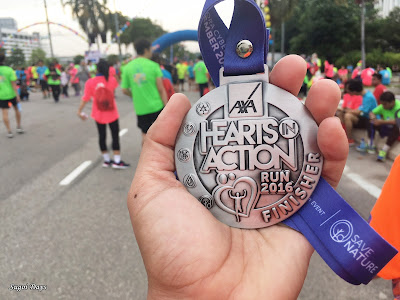 But the worst part of the event was the finishing.  There was also no indication ahead of which lane runners should stick to collect their finisher medals. The 12km route was blocked by several leisurely walkers of the 3km and we had to implement evasive maneuvers to get around them. Then that moment of achievement and satisfaction in completion was immediately wiped away by the horrid non-existent queue after the finish line for the goodie bags. 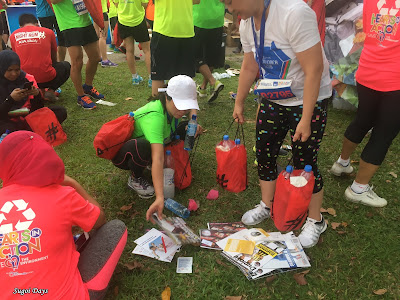 At that point, I just wanted water and an isotonic drink but even that was a challenge. A volunteer was shouting at the runners to queue and she told the other colleagues not to give out any more goodie bags until the runners queued.

Sorry, bub. Try running 12km with abysmal water stations along the way and finding out that queuing patiently (in a dehydrated state nonetheless) means nothing since everyone was scrambling to get their race entitlements. 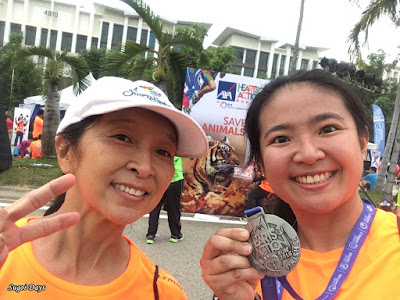 As soon as I got my goodie bag and bottle of glorious water, I hightailed it out of there as fast as I could with my mum. We didn't want to stick around long enough to find out how bad the traffic was later with everyone departing. 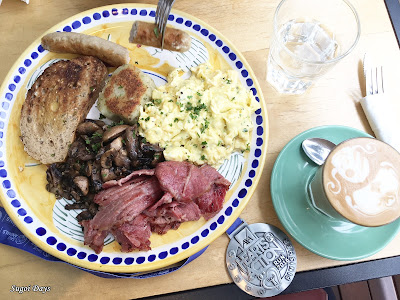 AXA Hearts in Action 2016 started off with the right concept and idea but somehow at the execution stage, the basic checklist of organising a run just fell through. What a pity.

The medal and shirt was pretty nice though.

Were you a part of the run? Bored and want some toilet amusement reading? Then go to the official event page and have your share of horror and amusing stories.

On a side note, the run gave me the chance to evaluate the current status of my running form. Pacing was still there albeit erratic. Knee and ankle not looking good towards the end. I completed 12.5km in 1:33.

Considering I haven't been training and this was my first run in a long time and over-distanced, it was one of my fastest to date. But seeing how I was dying towards the end, it meant I am not Tokyo Marathon ready.
Posted by Tania at 11:41 AM

Did you know you can create short urls with AdFly and receive cash for every visit to your shortened urls.