It was exciting news for OCR junkies in Malaysia to hear that Tough Mudder was finally coming to Asia, set to take place in beautiful Bali. And since Bali was sort of a part of Australia, it drew heaps of Aussies over as well. Malaysia and Australia weren't the only excited nations. 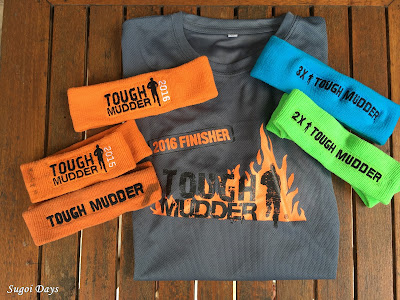 According to Coconut Bali, mudders from over 37 countries flew into Bali for what was deemed "probably the toughest event on the planet." For many, it was their first Tough Mudder. For a few other members of my team, the Mudder-in-Laws and myself, it was our second and third respectively. I had my eye on that blue headband and I wasn't going to let even a nagging hip pain and cramps get in my way. 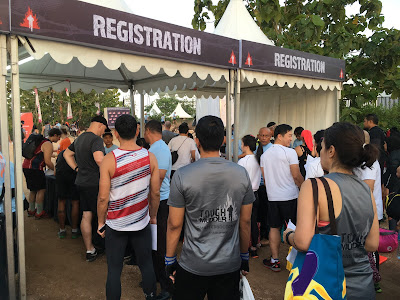 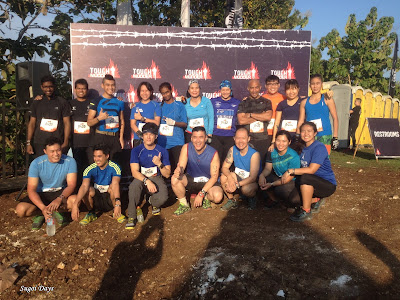 The morning of the race, it was so humid. Imagine that. Our wave was 7:30am and we were already sweating. I loved that they brought down a few of the Australian Tough Mudder team to lead the warm up and especially the emcee who successfully got the crowd revved up. Tough Mudder always had the best pre-race routines where we had to incite the Tough Mudder code to look out for each other. 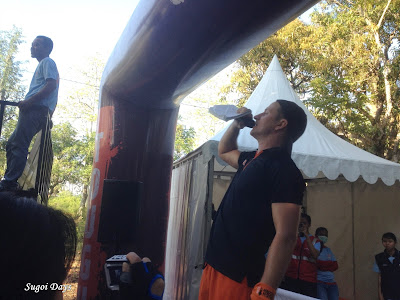 At 7:30am on the dot, we were released onto the course and off we went into the 13km course. I had heard the organisers had to shorten the route on account of the Bali heat. A wise decision I thought as heat stroke and dehydration were no joke. The heat and terrain also limited the types of obstacles they could bring to Bali. 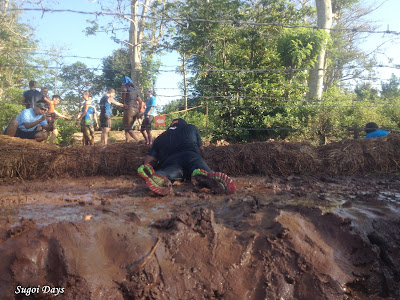 However Tough Mudder does not fail to live up to its name as there was mud albeit not as much as Australia. But enough that everyone came away muddy at the first obstacle. 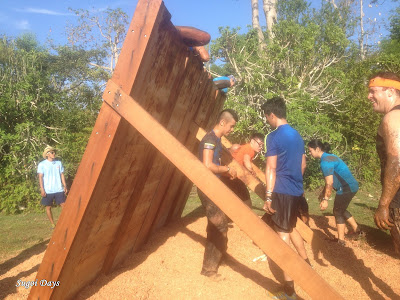 Of course, what was an obstacle race without wall obstacles? Tough Mudder was not without Skidmarked (slanted walls) and the Berlin walls. There were some obstacle that could be conquered alone like the Cage Crawl and the sand bag carry. 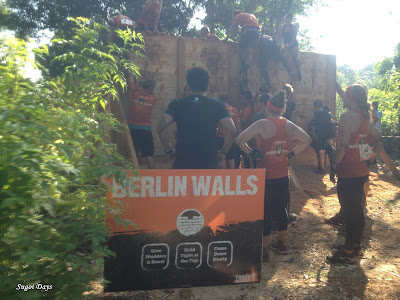 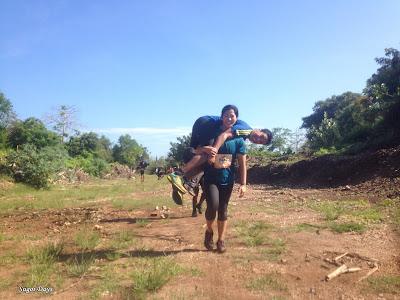 The infamous Artic Enema 2.0, a dread feature obstacle overseas was one to look forward to to combat the Bali heat. At least until we found our legs seizing up from the icy cold waters. What sorcery is this?? 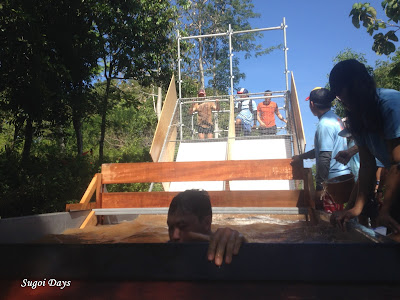 Still the nice cooling effects lasted about another kilometer before we came across the ever scenic Life is a Beach obstacle.

Which wasn't an obstacle but a photo backdrop....sighhhhh. 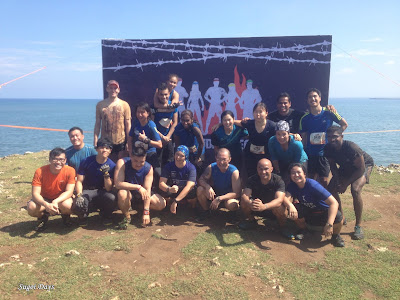 Quite a number of the obstacles were a disappointment as they were merely part of the terrain like the Gorilla Killer (which was actually a killer hike in the Melbourne Tough Mudder so that was legit), Bushwhacked, Stairway to Heaven and Cliffhanger. Like why.... 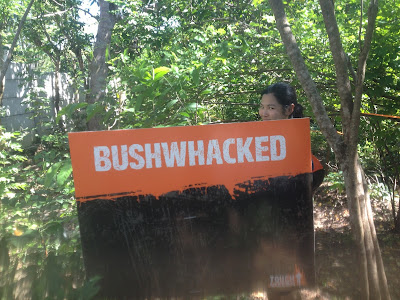 Where Tough Mudder really excelled were their teamwork-oriented obstacles. The Pyramid Scheme and the ever iconic Everest 2.0 were my favourites because it basically forces everyone to work together. 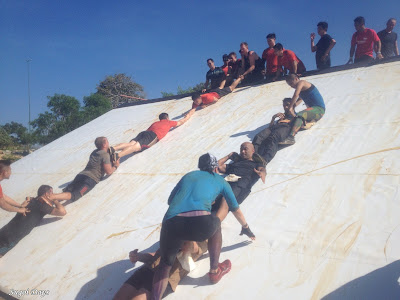 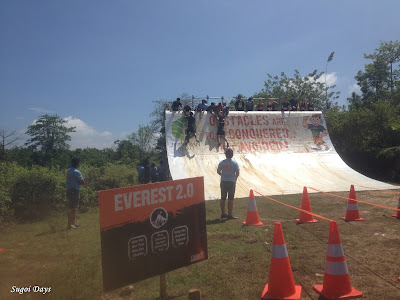 Blockness Monster was a new obstacle for 2016 and one where we had to work with other racers. It also got us all nice and wet for the next and final obstacle........Electroshock Therapy.

Ah, what is Tough Mudder without Electroshock Therapy? 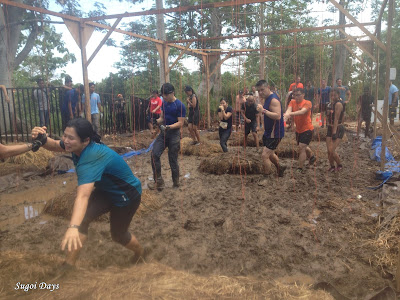 Also what is Tough Mudder without a cold bottle of beer and its orange headbands? 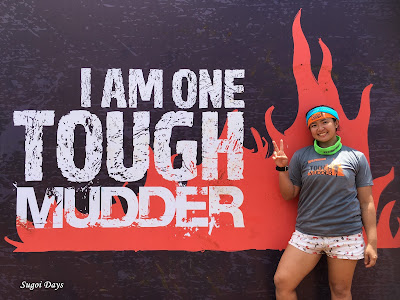 The first Tough Mudder in Asia clocked in 13km, the shortest TM I've done but on account of the blazing heat, it was a good call. As for the obstacles, well, let's just say the terrain should not be counted as obstacles. Loved the course though for its scenic views but wished there was more beach running and obstacles.

Psst - I heard Jakarta is next on their list for a Tough Mudder Half and another full Tough Mudder for Bali next year.

Ps: Sorry for the crappy action pics. They were taken with my iPhone 4s, securely protected in a waterproof bag.

Pss - I missed my Olympus camera.... Olympus Malaysia, why you take so long to service my camera? It's been two months T_T
Posted by Tania at 10:13 AM