Day 5 in Hokkaido brought on heavy grey clouds followed by a heavy downpour in the later part of the day when we were on the road from Lake Toya to the Hell's Valley aka Noboribetsu. It was yet another long drive into the countryside and after the previous day's adventure into Biei and Furano, I found myself wishing that we opted to stay an extra night out near Lake Toya. 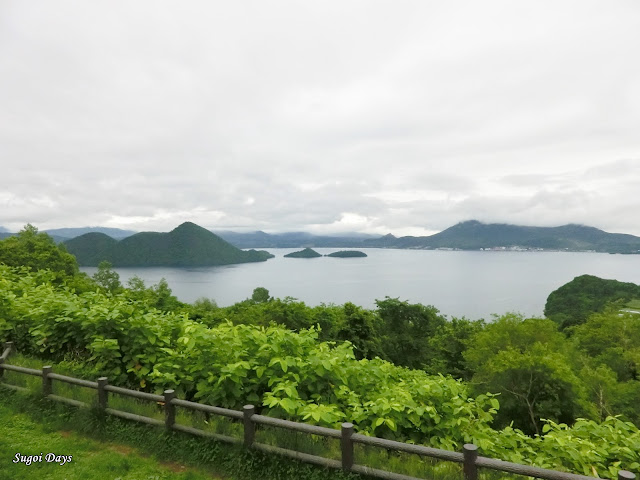 Anyway, due to the weather we decided to play it by the ear and ended visiting the following places:
1. Silo Observatory
2. Lake Hill Farm
3. Volcano Science Museum
4. Sendoan,Toyako-cho
5. Noboribetsu 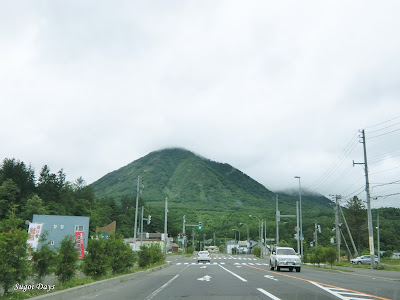 The drive this time was more scenic with a road that led up into the hillsides, into the beautiful countryside and finally to Lake Toya itself. After a long drive, we stopped at the Silo Observatory, a great stop to eat, rest up, load up on souvenirs and take in the magnificent view of Lake Toya. Except when we were there, it was foggy and cloudy. Nevertheless, the view was still nice. Dodging and out-walking hordes of tourist buses, not so much. 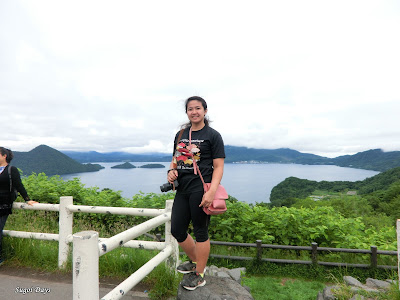 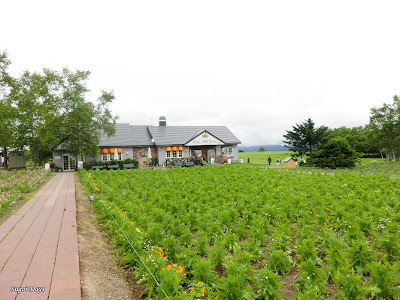 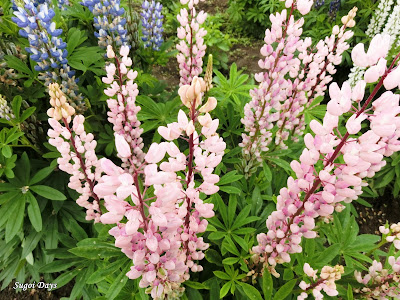 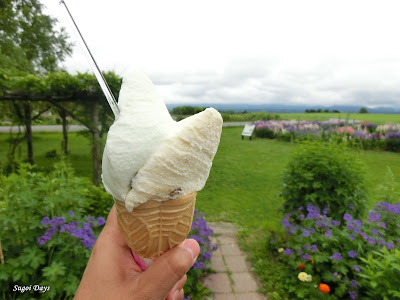 We wandered into Toyako and by luck, came across the Volcano Science Museum when we were looking for a parking lot. Given that the town was built near a dormant volcano, Mount Usu, there was much to see and learn about the geography of the area as well as the safety aspects of it. The islands in the middle of Lake Toya was a result of an eruption of Mount Usu. Its most recent explosion took place on 31 March 2000 which once again, drastically changed the landscape of the area. Fascinating yes but quite scary too and half the time, I was praying it wouldn't erupt while we were there. 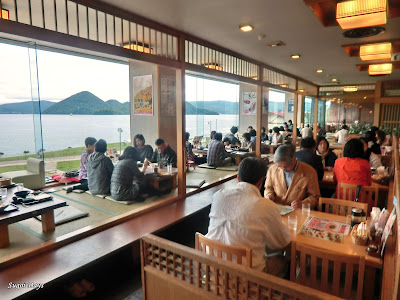 Anyway back to the parking lot, we ended up finding a free parking lot near the bus station and walked over Sendoan restaurant, a popular restaurant that offered a stunning lake view and an English menu. Because we were early, we only needed to wait 20 minutes before we were seated at the tatami seating by the window. 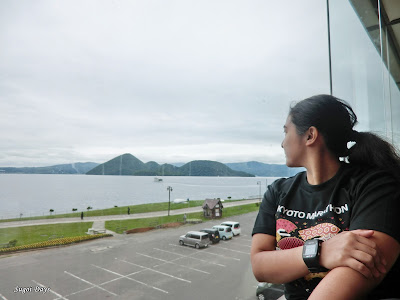 Food was pretty decent, served in a generous set with a side of their delicious clam miso soup. The scallop rice was delicious, fresh and crunchy in texture. 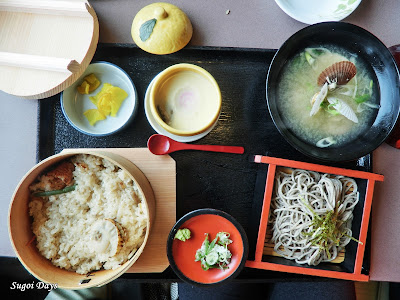 After lunch, we set out for Noboribetsu. Because it was raining, it took us about an hour to reach Hell's Valley (Jigokudani). The rain didn't let up when we got there and armed with our umbrellas and windbreakers, we decided to just go for it and explore the valley, famously known for its hot steam vents, sulfurous streams and other volcanic activity. All of this combined gave the impression that we were exploring the surface of, well, hell. 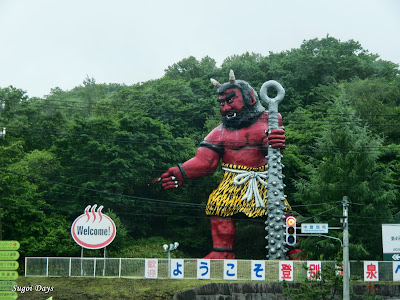 To escape the crowd (and buses of Chinese tourists!), we embarked on a hike around the area, following the trail that led to the Oyunuma, a sulfurous pond with a surface temperature of 50 degrees Celsius and a smaller, even hotter, mud pond nearby. In the rain, wearing the right pair of sports shoes was crucial as it can get very muddy. 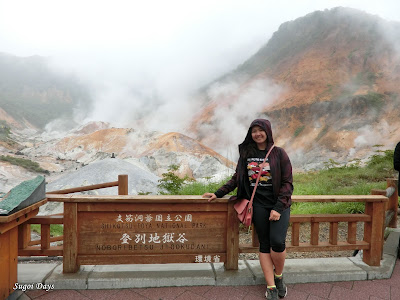 Much later, we parked at the other quieter entrance, nearer to the hotels and found the Oyunumagawa Natural Foot Bath. Against the chilly rainy weather, the hot foot spa was perfect and best of all, void of humans and free. We were relatively fortunately to have the whole place to ourselves but we could not linger long as we had to return the car in Sapporo in the evening. 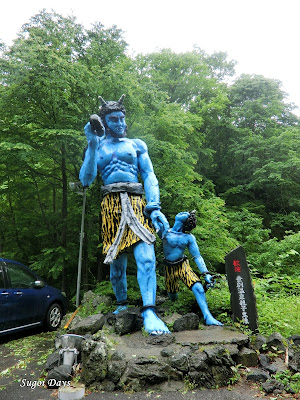 The drive back to the city was long and mentally draining especially since the rain continued to pour relentlessly, forcing me to drive at a slower speed. Ugh.

Once again, take it from me and just stay a night in Toyako. Take your sweet time to explore the coast area and the surrounding lake scenery. I hear it is well worth the trip.
Posted by Tania at 11:05 AM